An original Porsche 917K is so valuable today that most owners won't risk driving them on a closed track, let alone on the street. Yet that's exactly what former racing driver and current collector-car dealer Bruce Canepa did recently, taking his recently restored 917K for a drive on California roads.

First spotted by Carscoops, a short video shows Canepa cruising around in his 917K, one of just 12 built. One of two 917s in Canepa's collection, it recently underwent a three-year restoration.

The "K" in 917K stands for "Kurzheck," meaning "short tail" in German. The chopped tail was meant to improve aerodynamics over the original long-tail version of the 917, which had a reputation for spooky handling. The change worked, as the 917K gave Porsche its first overall victory at the 24 Hours of Le Mans in 1970. 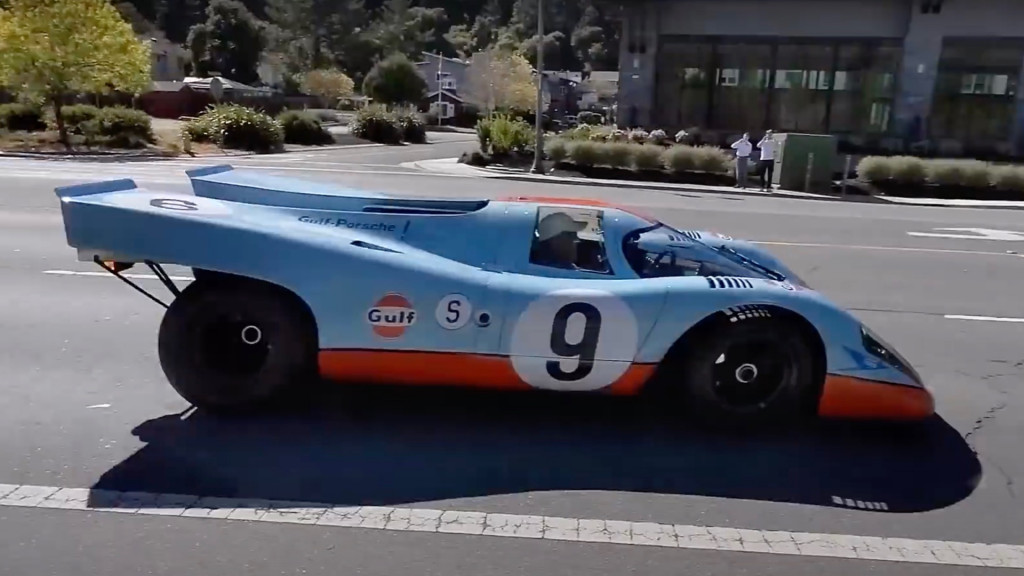 Bruce Canepa drives a Porsche 917K on the street

This isn't the first time Canepa has taken a piece of racing history for a leisurely street drive. In 2013, his company, Canepa Design, released a video showing a 1,000-hp Porsche 917/10 Can-Am car being driven on the street.

Canepa is a big Porsche fan, but he doesn't consider anything sacred. He's even found a way to improve the Porsche 959—arguably the company's first supercar—by launching a series of upgrades as well as a complete rebuild dubbed the Canepa Design Porsche 959SC. Each car in the 50-unit production run gets completely restored from the bare metal outward, with upgrades like a more powerful engine and custom paint.

Check out the video above to hear the 917K in restrained action. The sound of the engine and the couple of times when Canepa gets a little deeper into the throttle are worth the watch. It would have been even more fun to spot the car on the street during a daily drive, like the surrounding traffic in the video.