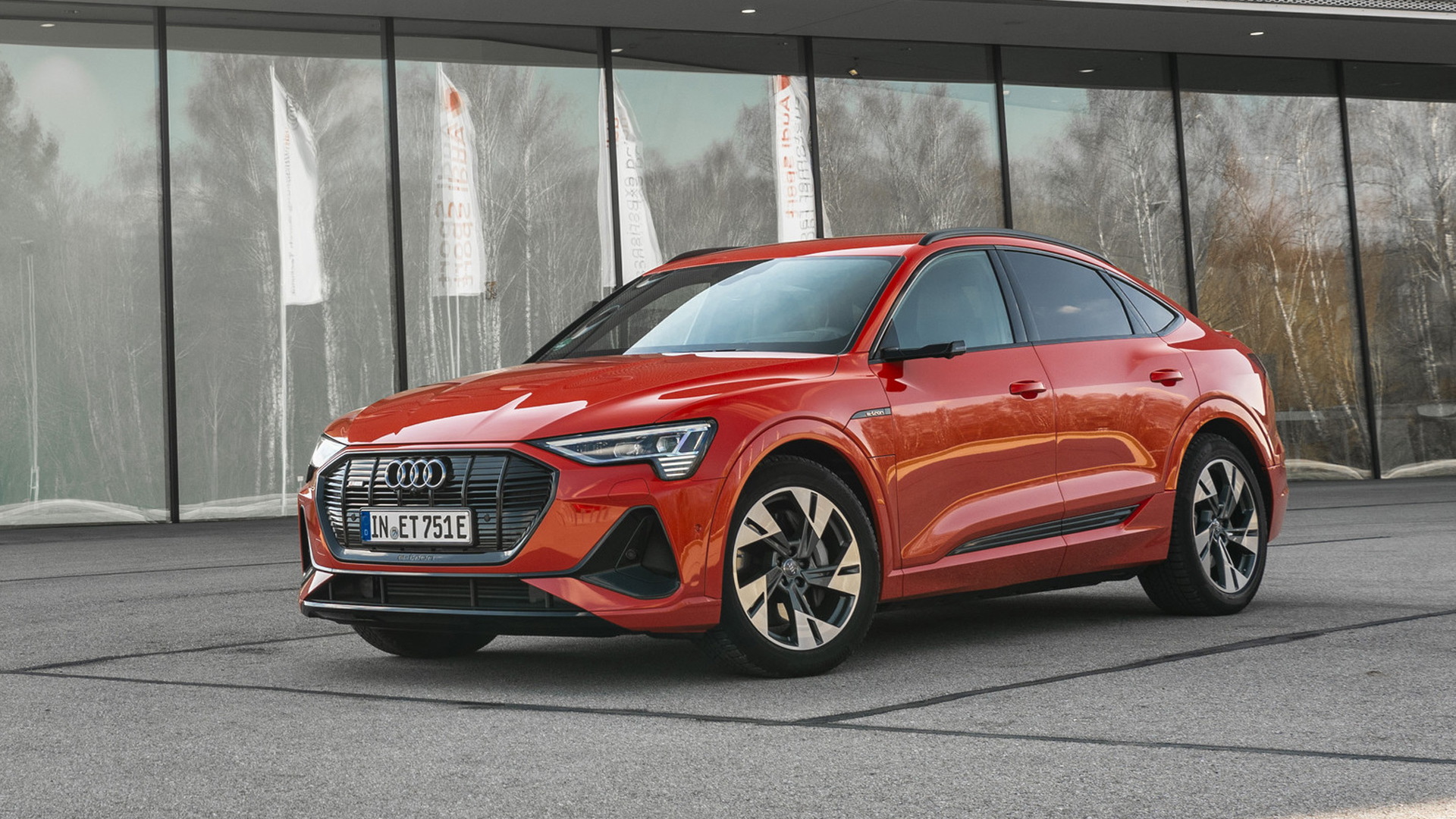 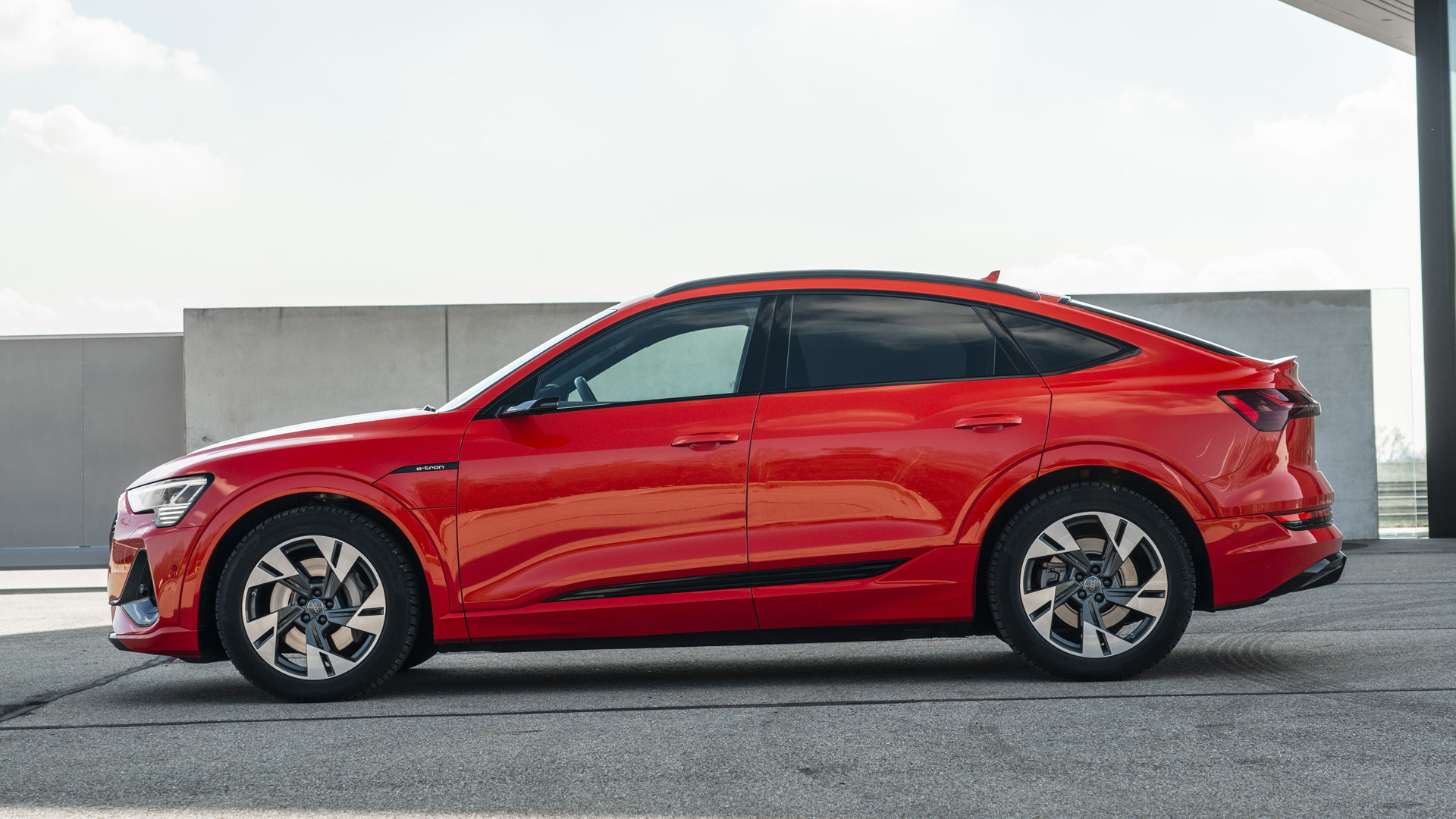 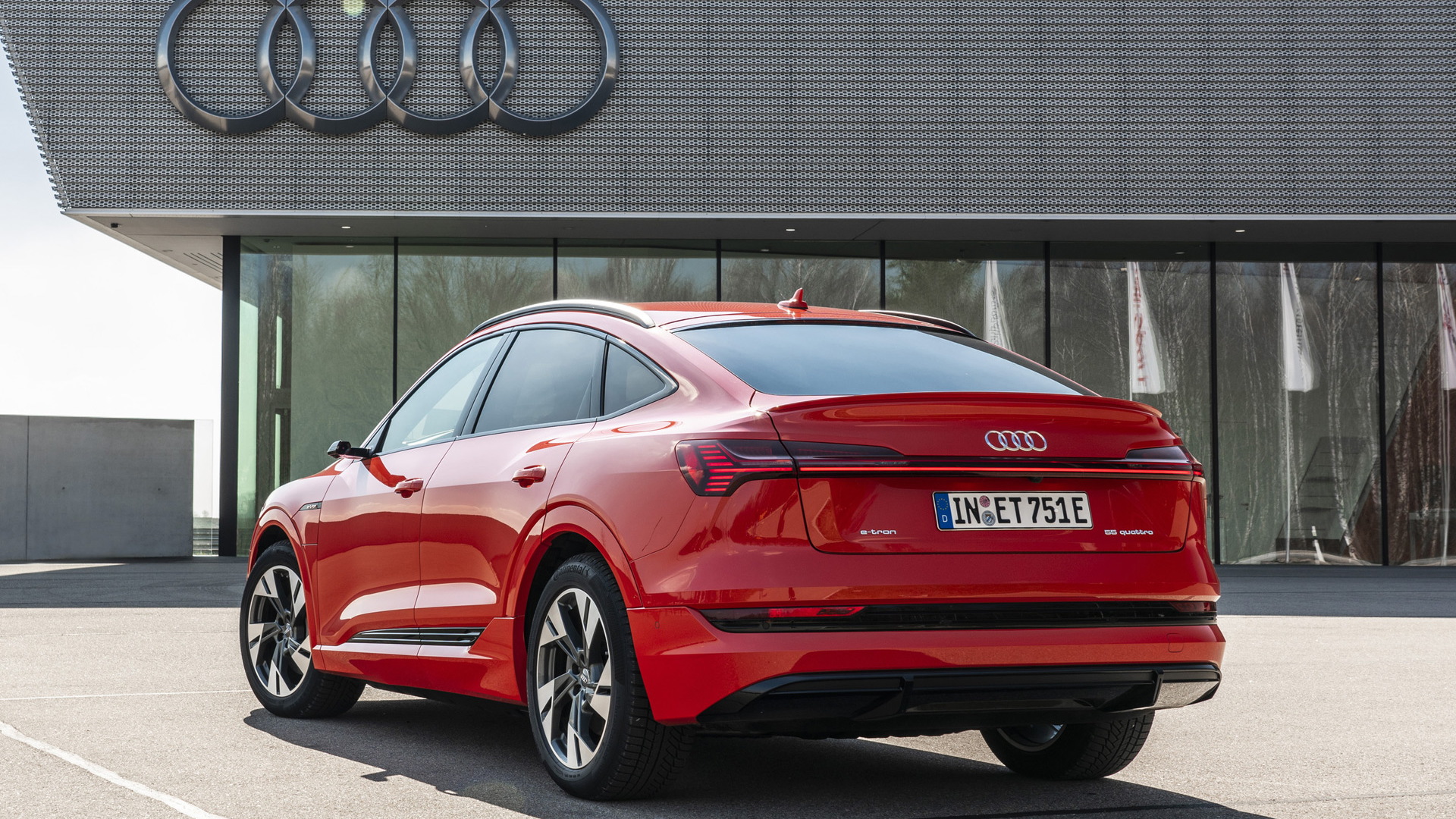 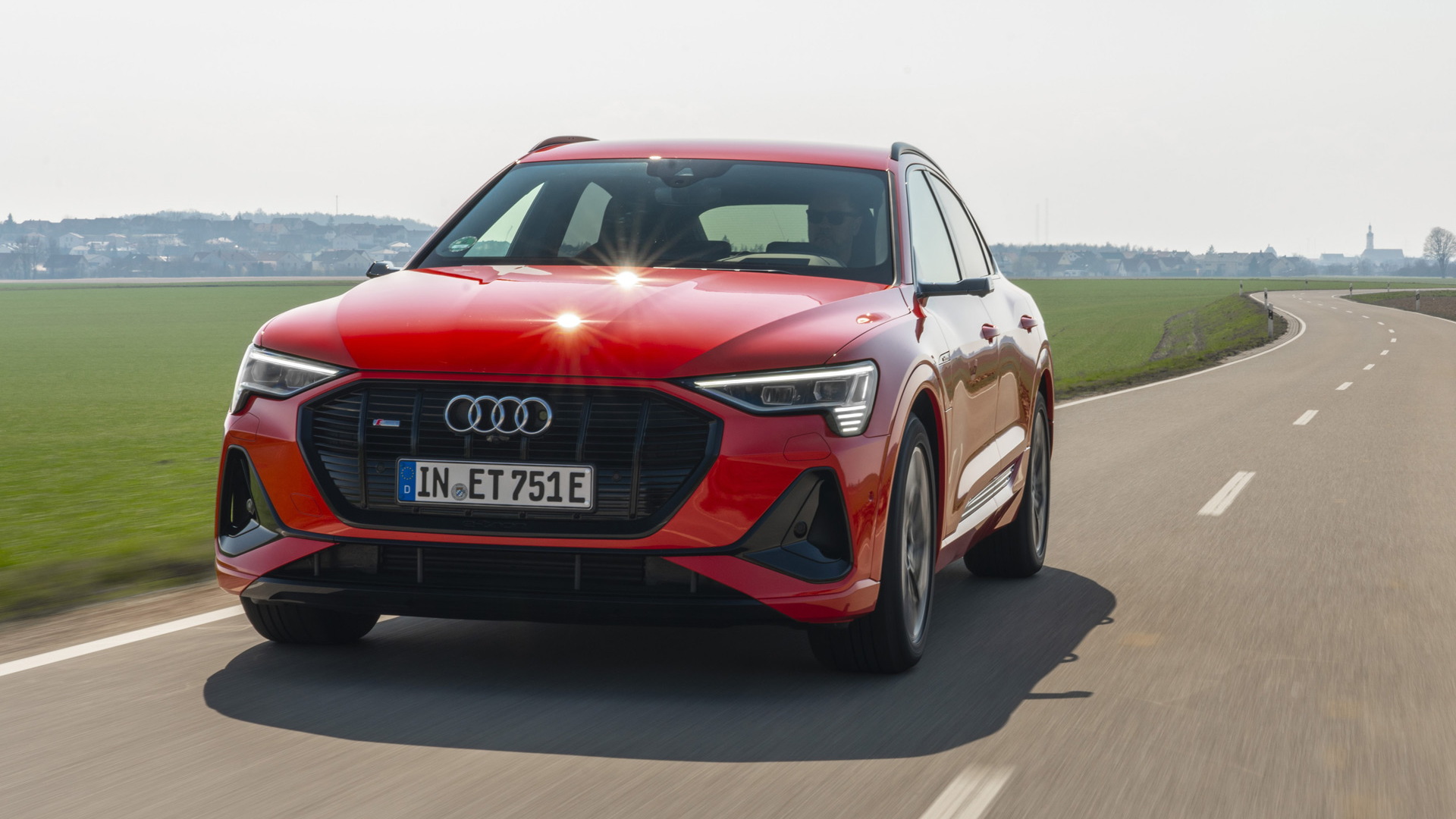 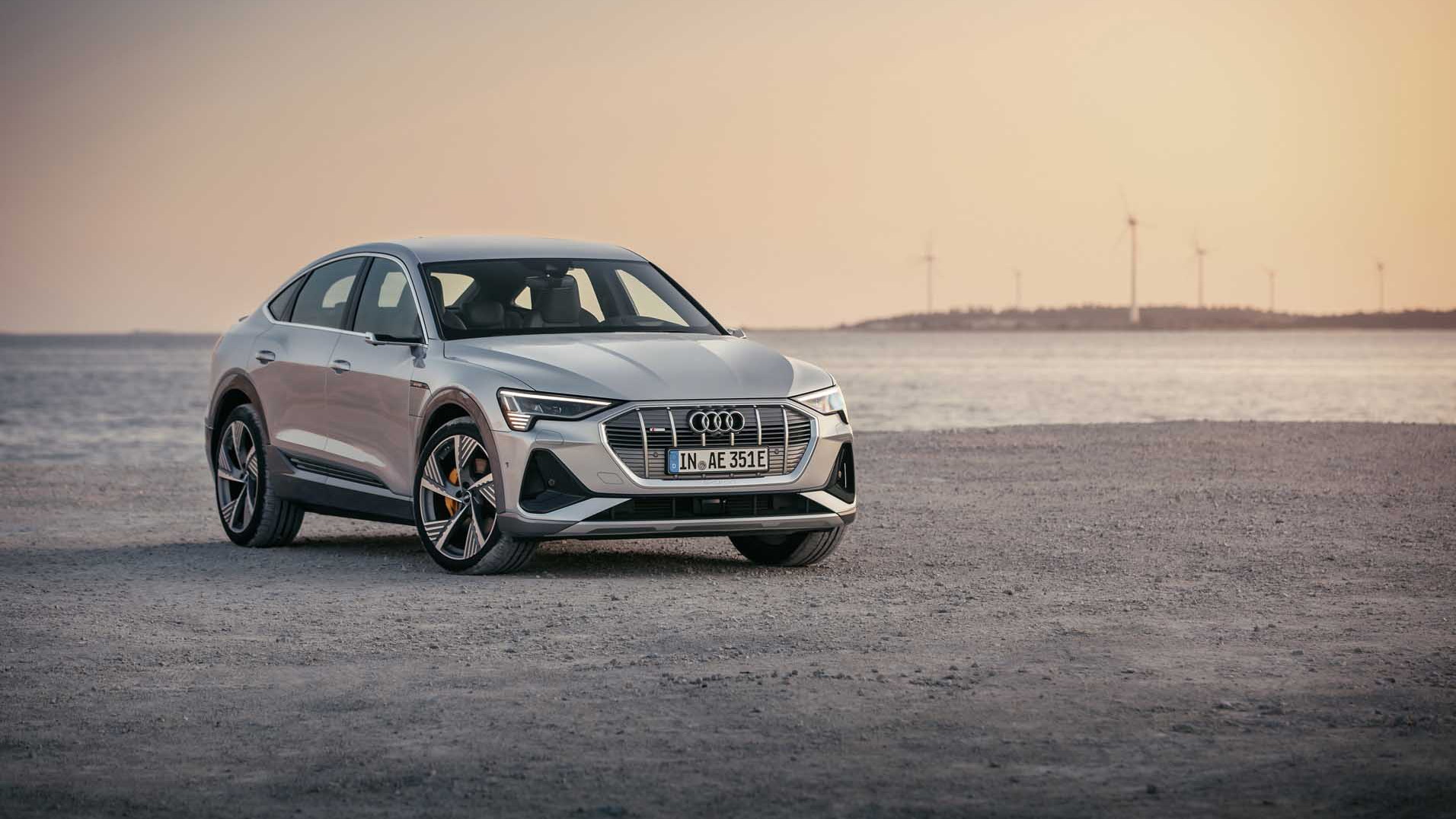 A sleeker, sportier 2020 E-Tron Sportback is coming to join the E-Tron in Audi's growing EV portfolio this summer.

The E-Tron Sportback is a coupe-like version of the E-Tron battery-electric SUV that went on sale in 2018, and it will sell at a slight premium, with Audi announcing Thursday a starting price of $78,395 versus $75,795 for the regular E-Tron. Both figures include destination.

The E-Tron Sportback debuts with the same mechanicals as the E-Tron, meaning a dual-motor setup delivering 355 horsepower (402 hp with Boost Mode) and all-wheel drive—a setup good for 0-60 mph acceleration in 5.5 seconds. A sportier S variant with a tri-motor setup good for 496 hp is also coming, though Audi hasn't said when it will land.

The battery in the E-Tron Sportback is a 95-kilowatt-hour unit and Audi quotes an EPA-estimated range of 218 miles. The regular E-Tron is rated at 204 miles by the EPA, with the extra miles of the E-Tron Sportback likely due to its slipperier shape. Using a high-speed charger, an 80-percent charge can be completed in about 30 minutes, according to Audi.

Also included as standard is adaptive air suspension, 20-inch wheels, heated and cooled seats, a digital instrument cluster, and a surround-view camera. There's also standard navigation with a feature that estimates where the vehicle can travel based on its current charge state.

To mark the E-Tron Sportback's market arrival, Audi is offering a special launch edition that will come in an exclusive Plasma Blue shade of paint, together with orange brake calipers, Monaco Gray Valcona leather trim, and a few additional special touches. Numbers will be limited and pricing for this model hasn't been.

Production of the E-Tron and E-Tron Sportback is handled at Audi's plant in Brussels, Belgium.

Audi plans to have 20 EVs in its lineup by 2025. Others in the pipeline we know of include an E-Tron GT super sedan, Q4 E-Tron compact SUV, and an A4-sized model that might end up replacing the A5.