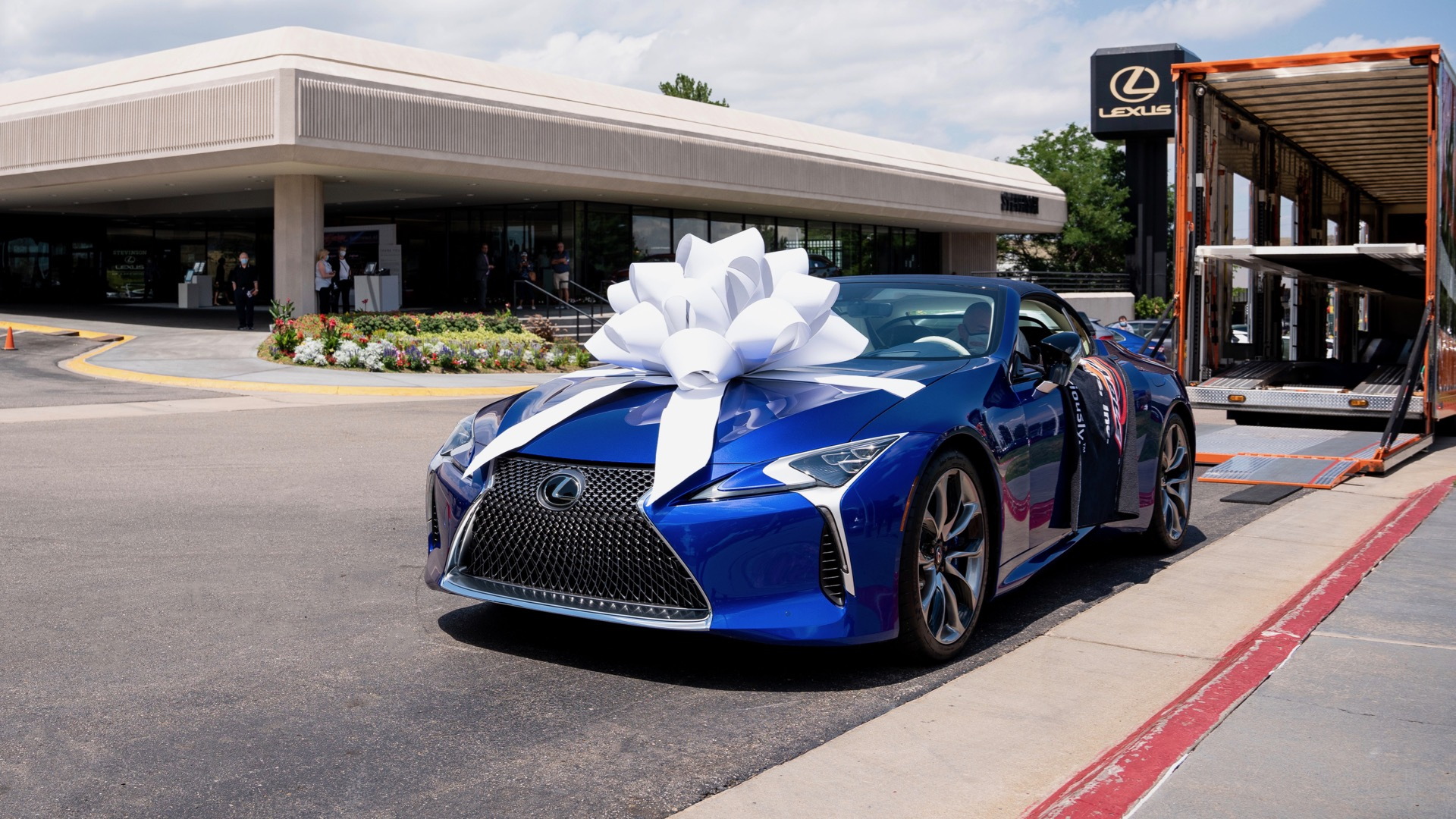 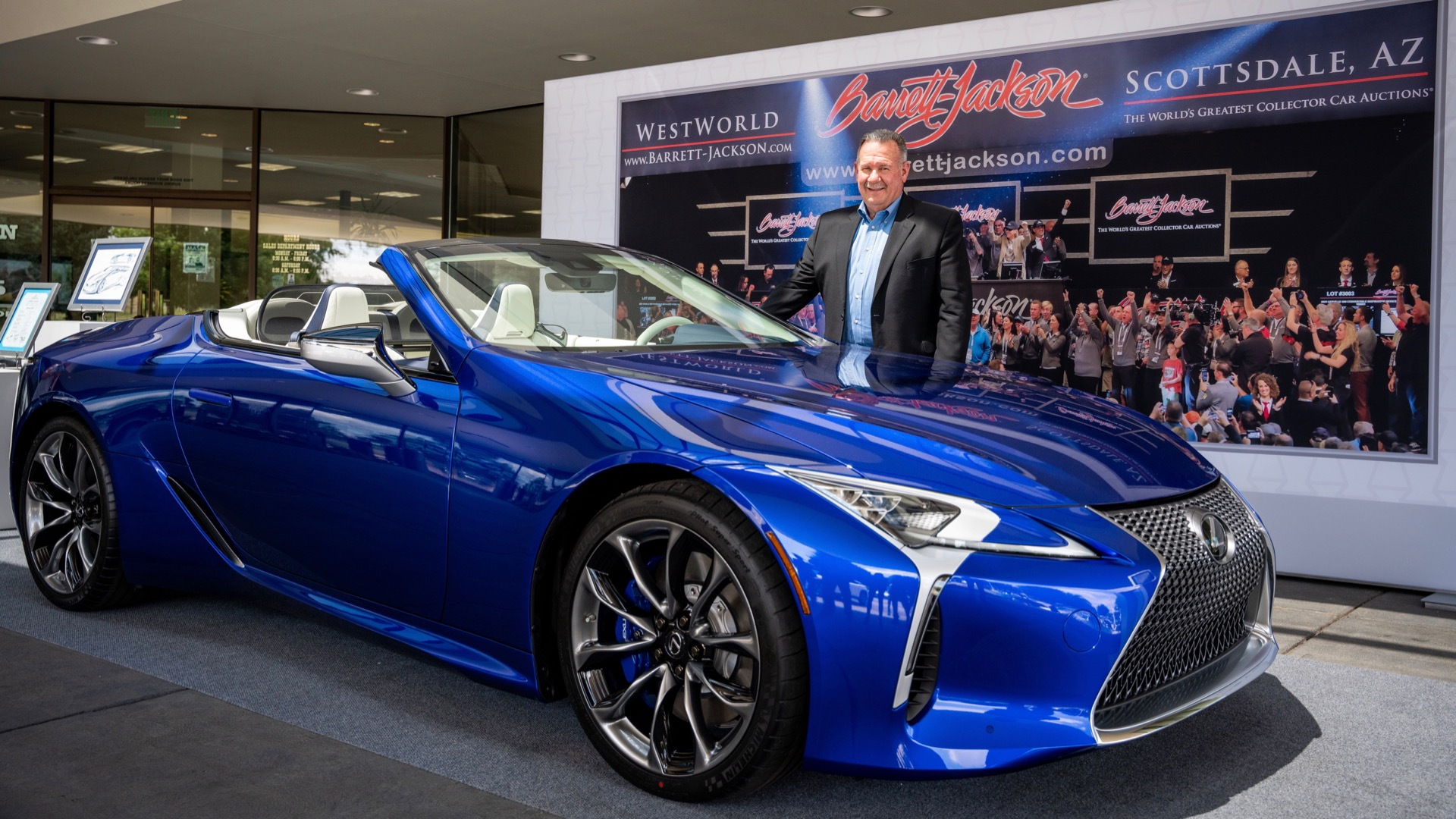 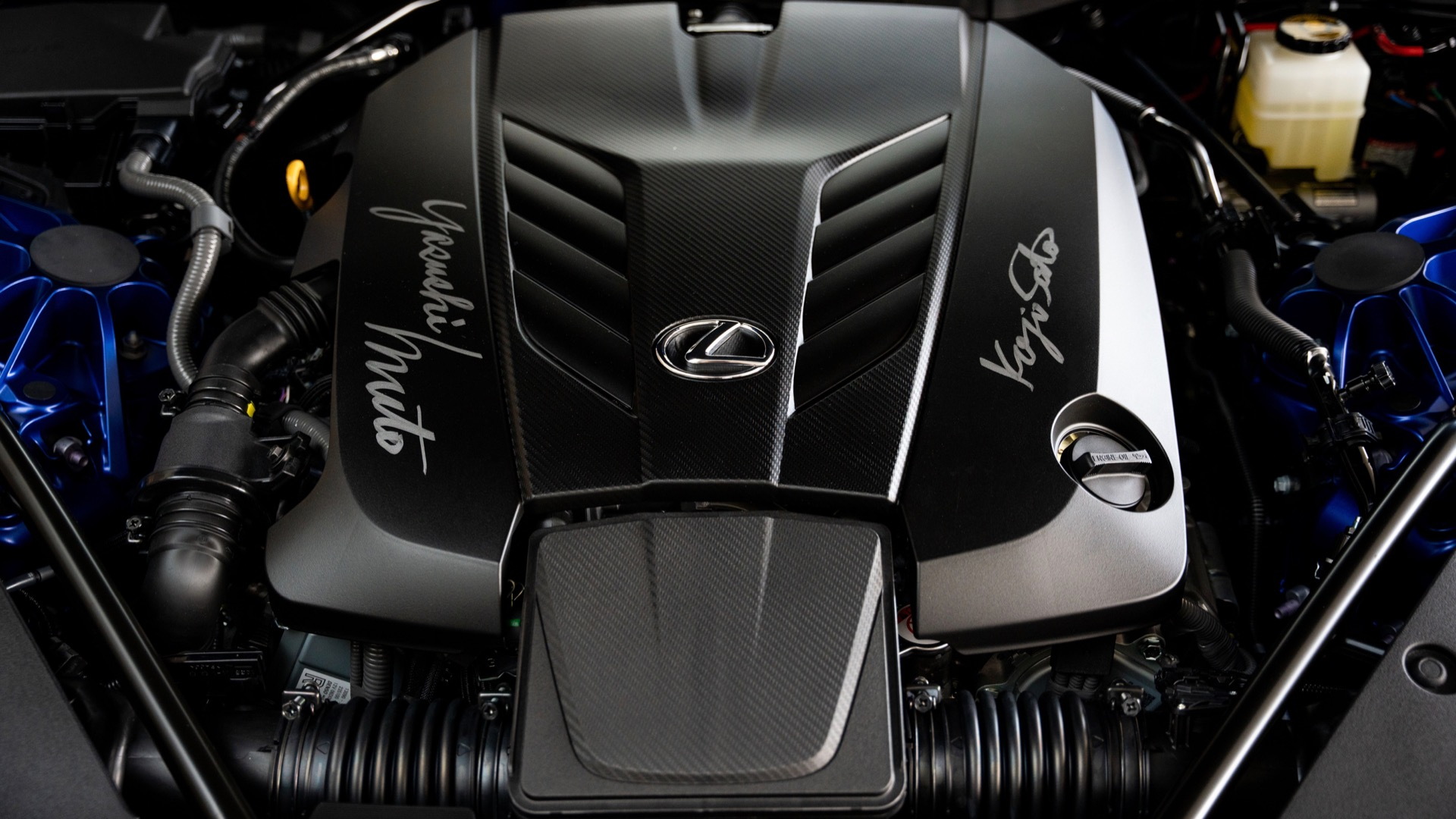 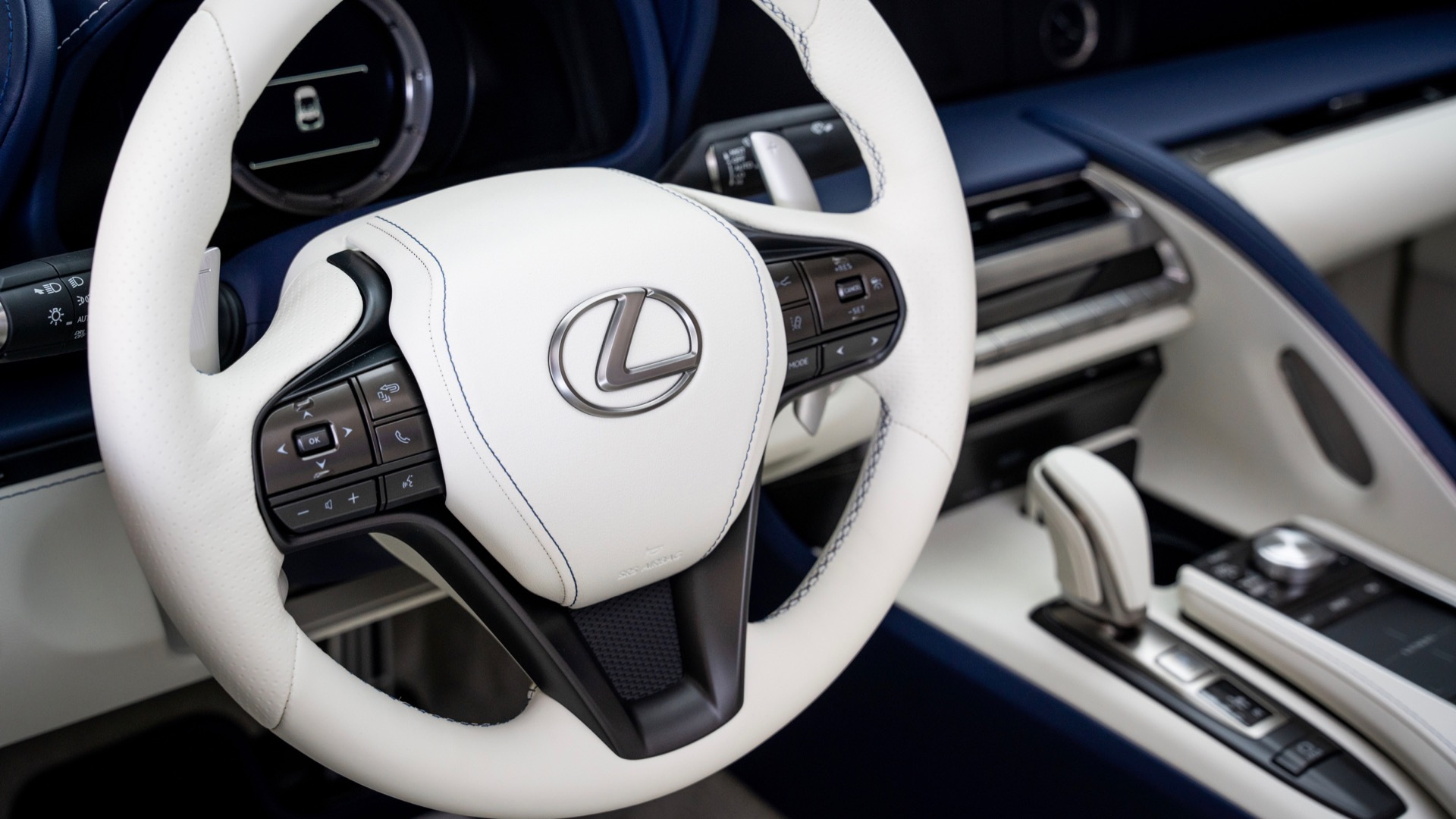 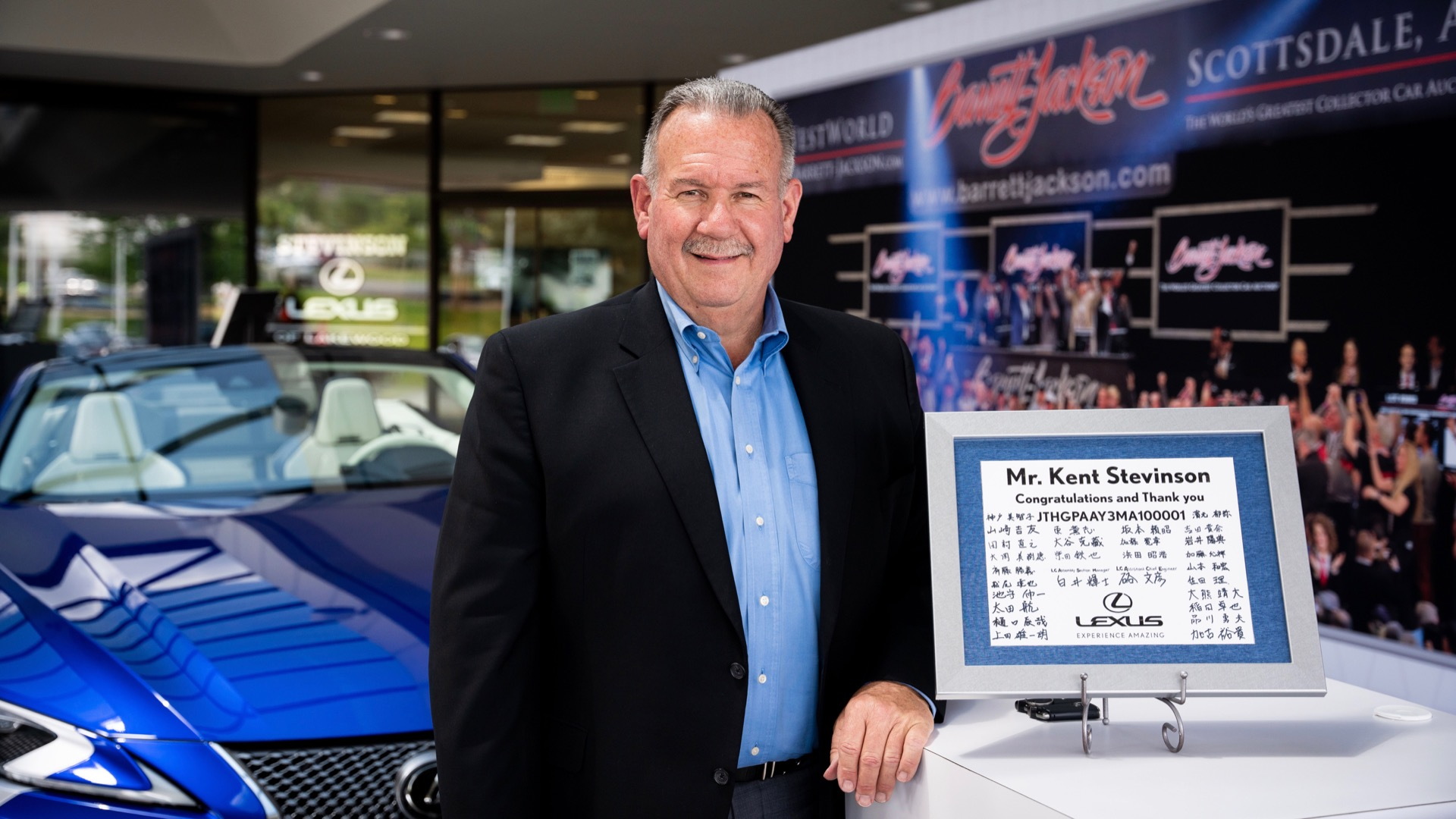 After selling for $2 million at a charity auction, the first 2021 Lexus LC 500 convertible off the assembly line has been delivered to its owner, Lexus announced Wednesday.

The car—wearing a VIN ending in 100001—crossed the block in January at a Barrett-Jackson auction in Scottsdale, Arizona. All of the money from the sale will be split between two charities: Boys & Girls Club of America and the Bob Woodruff Foundation, which benefits military service members and their families. The sale also included a framed sketch of the car by Lexus design boss Tadao Mori, while the engine cover was signed by Lexus International president Koji Sato and chief engineer Yasushi Muto.

The first LC 500 convertible to be delivered in the United States, the car went to Kent Stevinson, dealer principal of Stevinson Lexus of Lakewood, Colorado.

The car is based on the Inspiration Series, so it features Structural Blue paint, a special mix that took Lexus eight months to develop and contains no actual blue pigment. It also gets a white leather interior and Liquid Platinum accents. Lexus considers VIN 100001 to be a one-of-one special edition, but the automaker will build 100 identical looking Inspiration Series convertibles for the 2021 model year.

While the LC coupe is available with a hybrid powertrain, so far the convertible is only available in LC 500 guise, with a naturally aspirated 5.0-liter V-8. The engine makes 471 horsepower and 398 pound-feet of torque, which is sent to the rear wheels through a 10-speed automatic transmission. Lexus quotes a 0-60 mph time of 4.6 seconds, which is 0.2 second slower than the LC 500 coupe. Top speed is electronically limited to 168 mph.

With the first car delivered, regular production LC 500 convertibles should arrive in dealerships soon. The convertible starts at $102,025. That's $8,050 more than the base 2021 LC coupe, but a lot less than the inflated auction price of the first car.