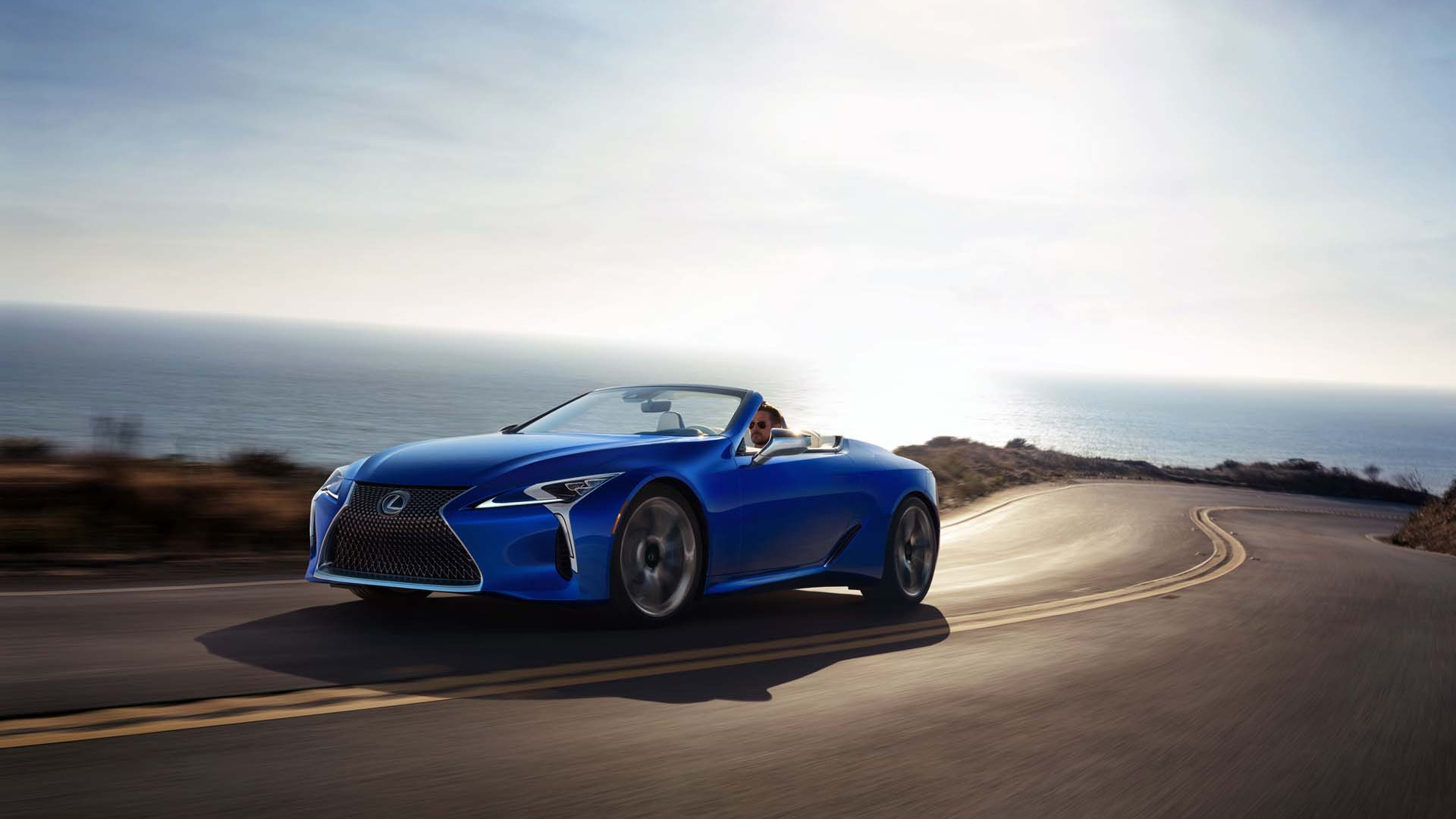 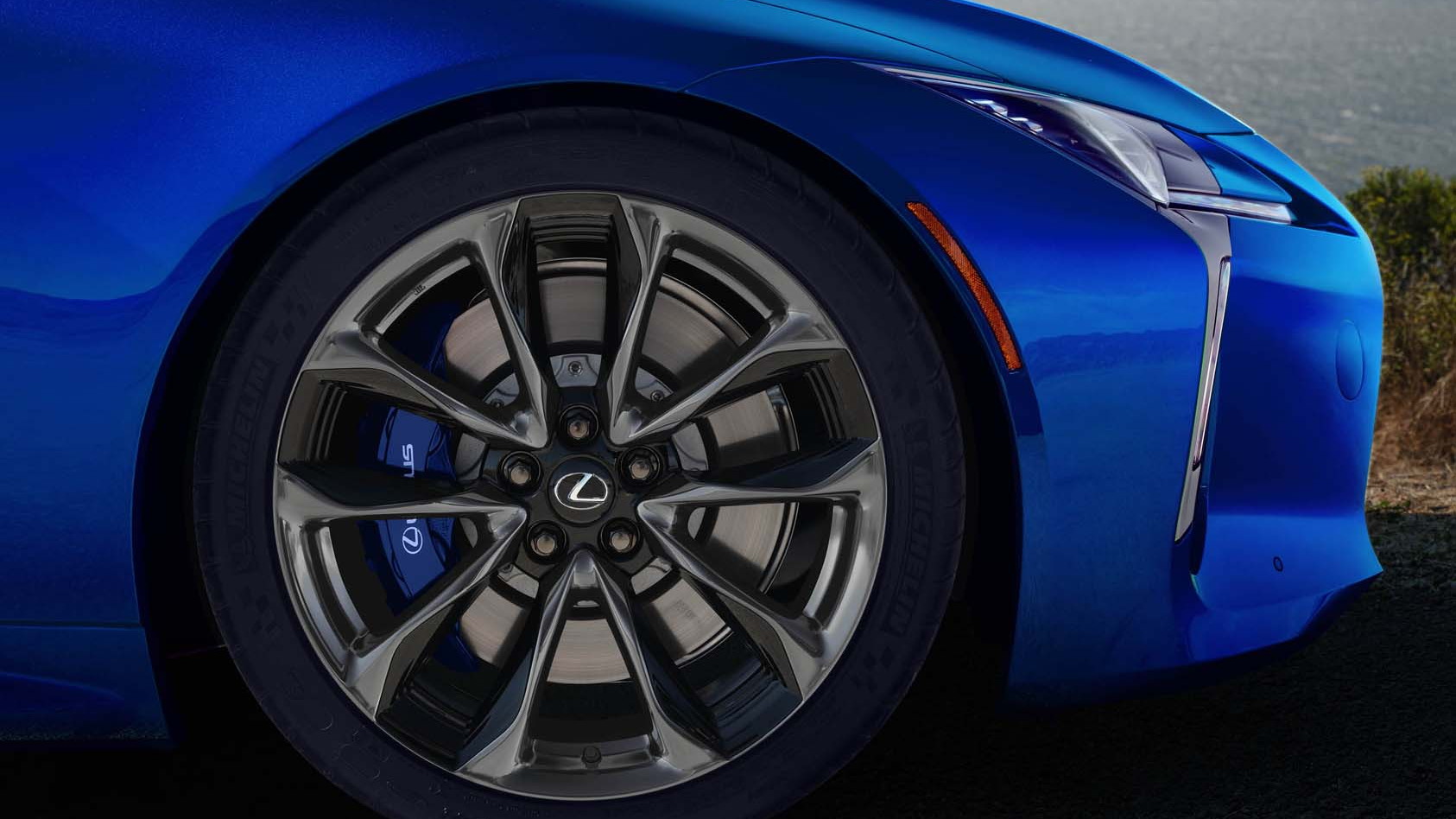 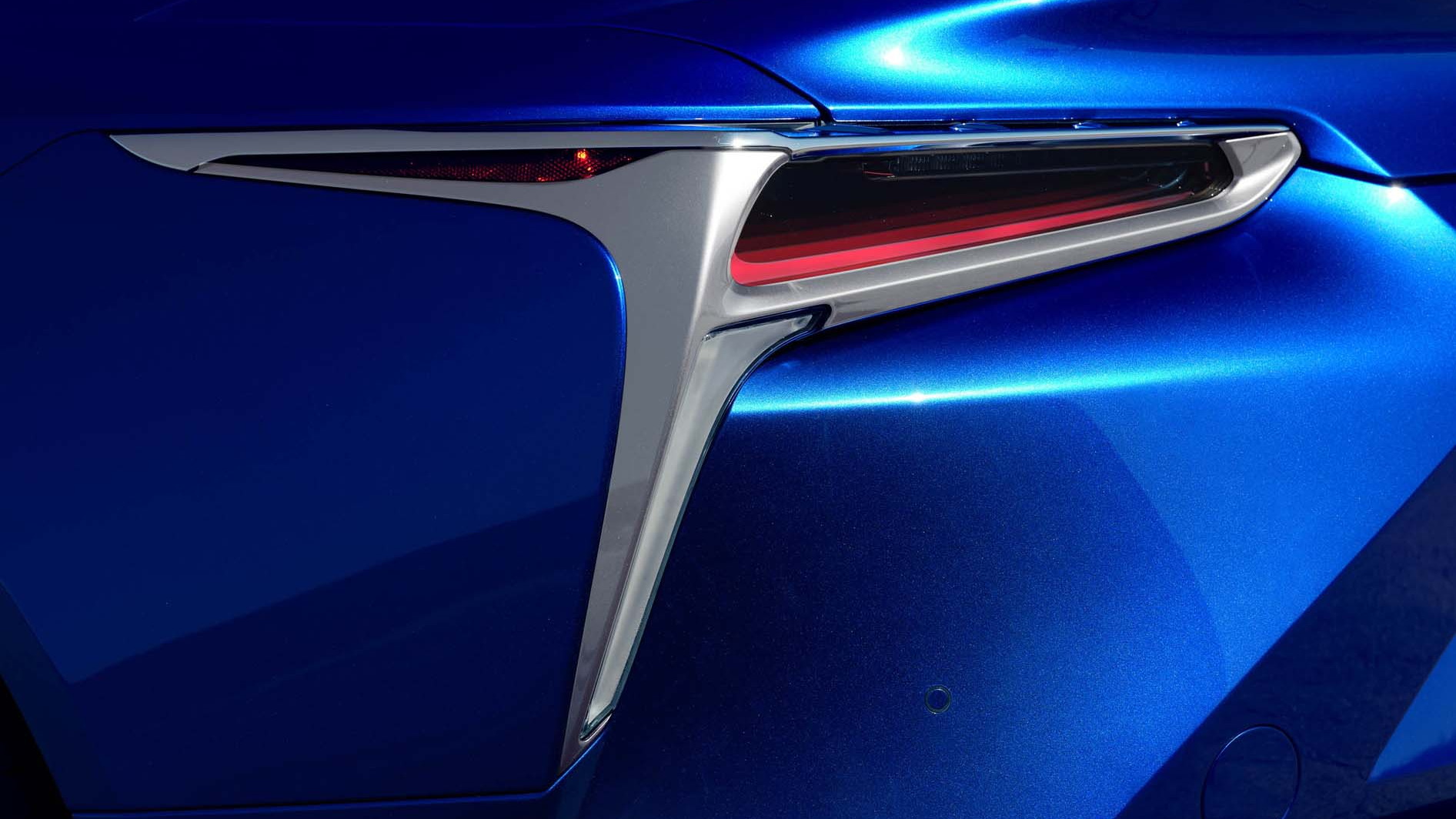 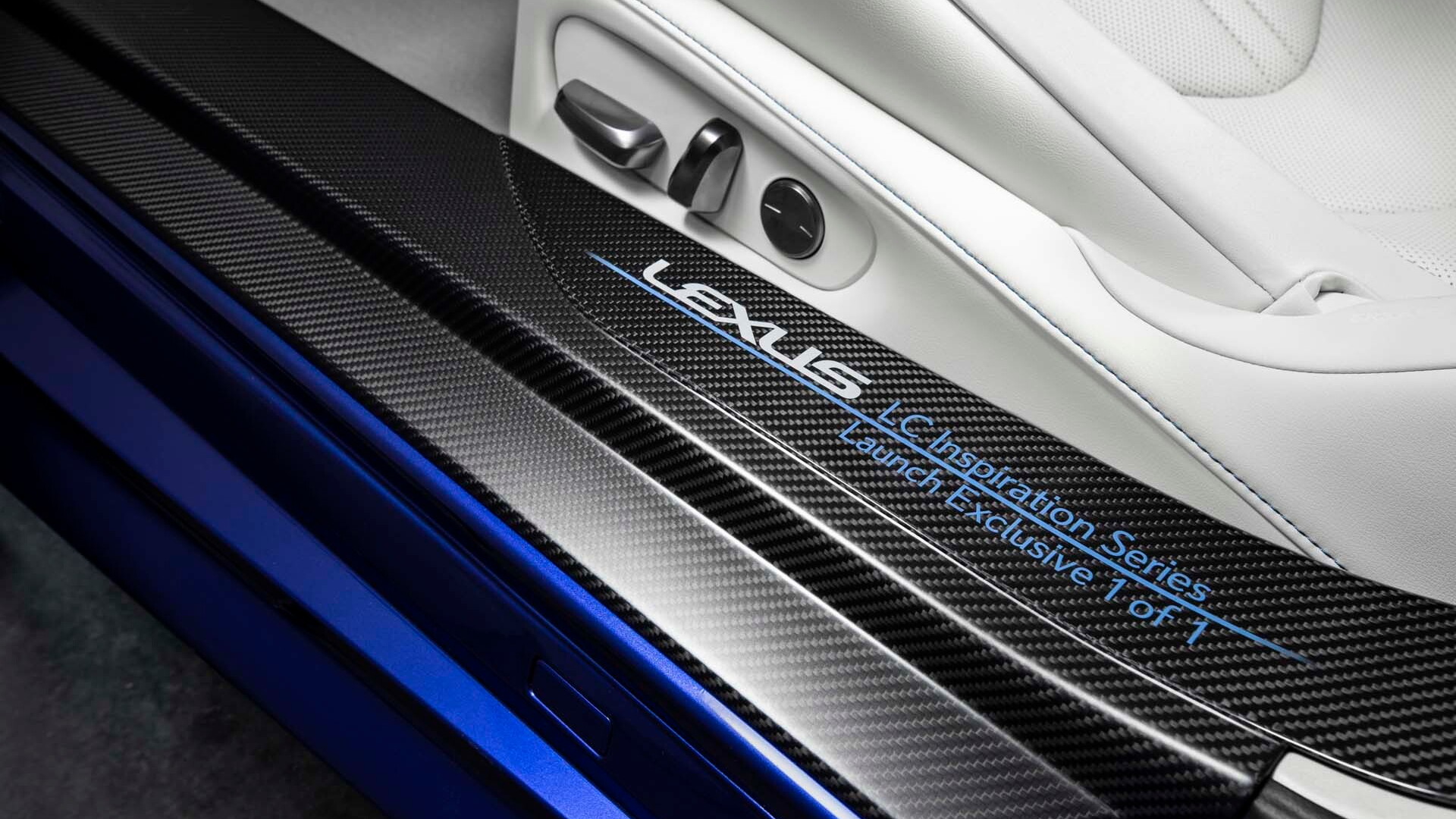 A special one-off version of the recently revealed 2021 Lexus LC Convertible will go under the hammer on Friday at a Barrett-Jackson auction in Scottsdale, Arizona.

The car, which is also the first LC Convertible to roll off the production line, the one with a VIN ending in 001, is being put up for sale by Lexus to help raise funds for charity. The proceeds will be split evenly between the Bob Woodruff Foundation and Boys & Girls Clubs of America.

The car is known as the LC Inspiration Series Launch Exclusive 1 of 1 and features Lexus' Structural Blue paint, a special mix that took the automaker eight months to develop and contains no actual blue pigment. Different shades of gray are used as accents such as on the wheels and headlight surrounds.

To contrast with the blue exterior is a white leather interior. And lining each door sill is a carbon fiber panel inscribed with the car's name.

The LC Convertible has so far only been announced in LC 500 grade, which means a 5.0-liter V-8 sitting up front and pumping out 471 horsepower. The engine is mated to a 10-speed automatic and spins the rear wheels only. Lexus hasn't said whether there will be an LC 500h grade, but we can imagine one will be offered in key hybrid markets. This one should come with 354 hp from a 3.5-liter V-6 and electric motor combo. Eventually, we could also see one with a new twin-turbocharged V-8 currently in development.

Barrett-Jackson's Scottsdale auction kicked off on Saturday and runs through January 19. The auction will also see the sale of the first production 2020 Chevrolet Corvette Stingray.