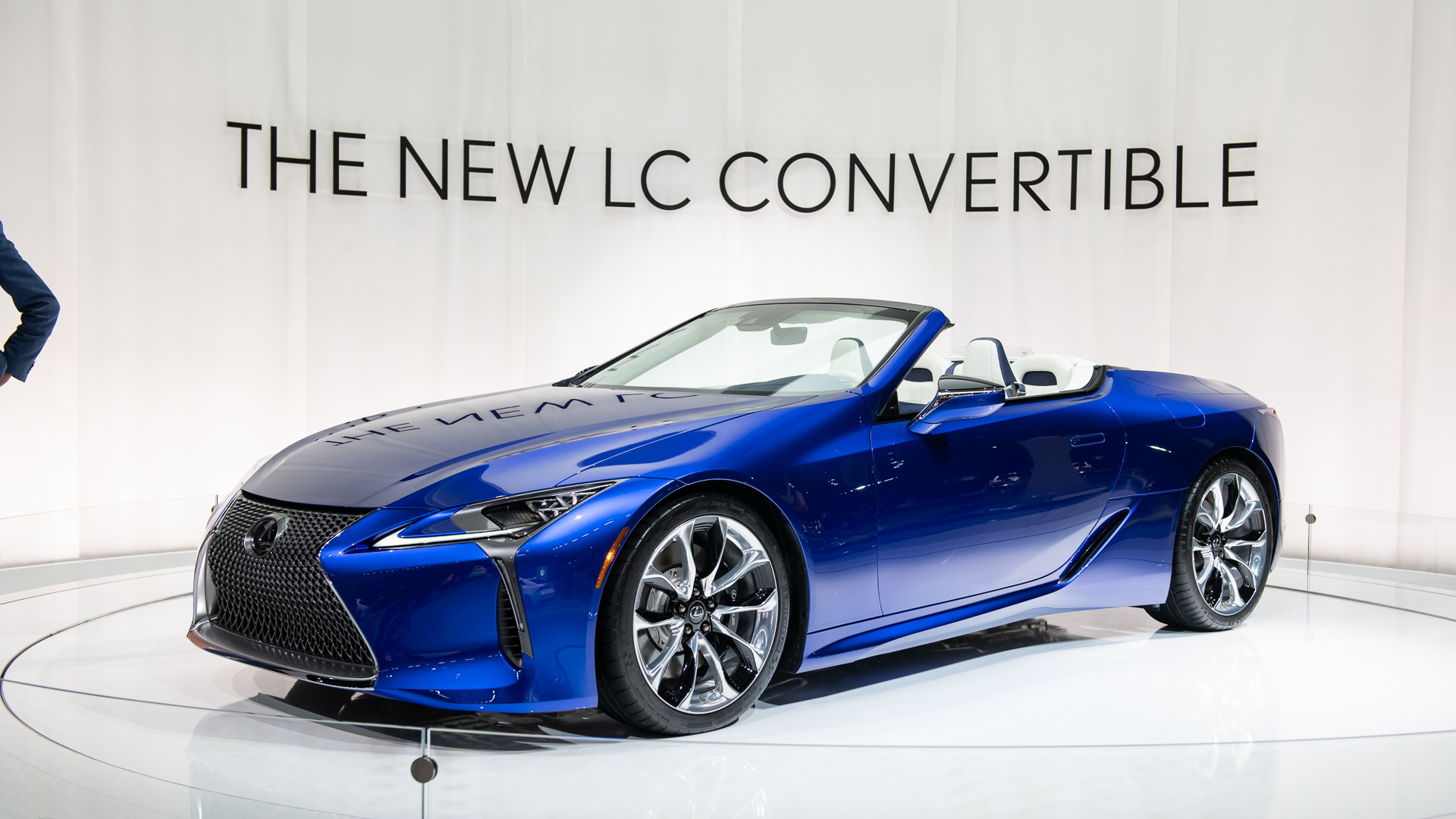 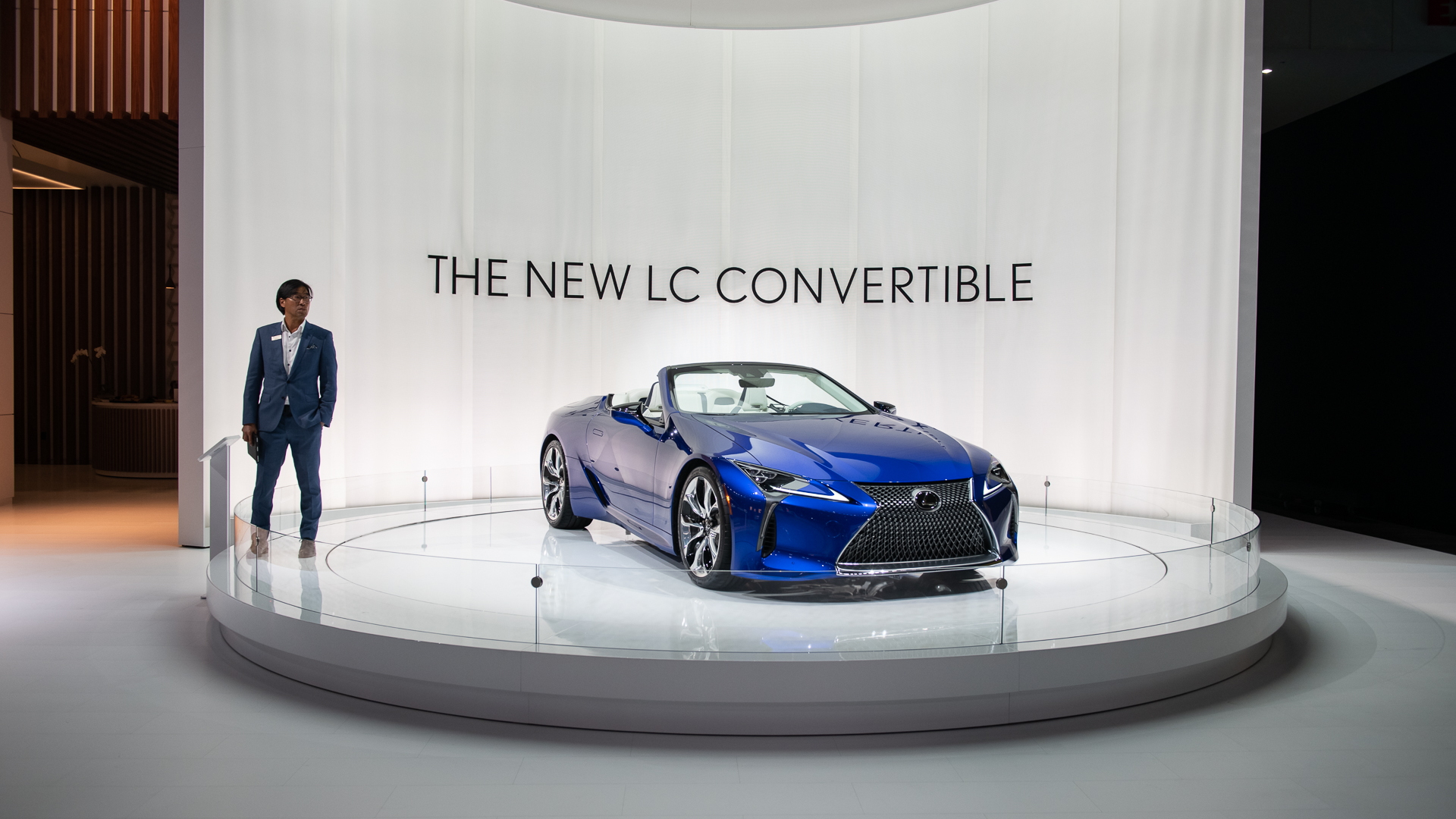 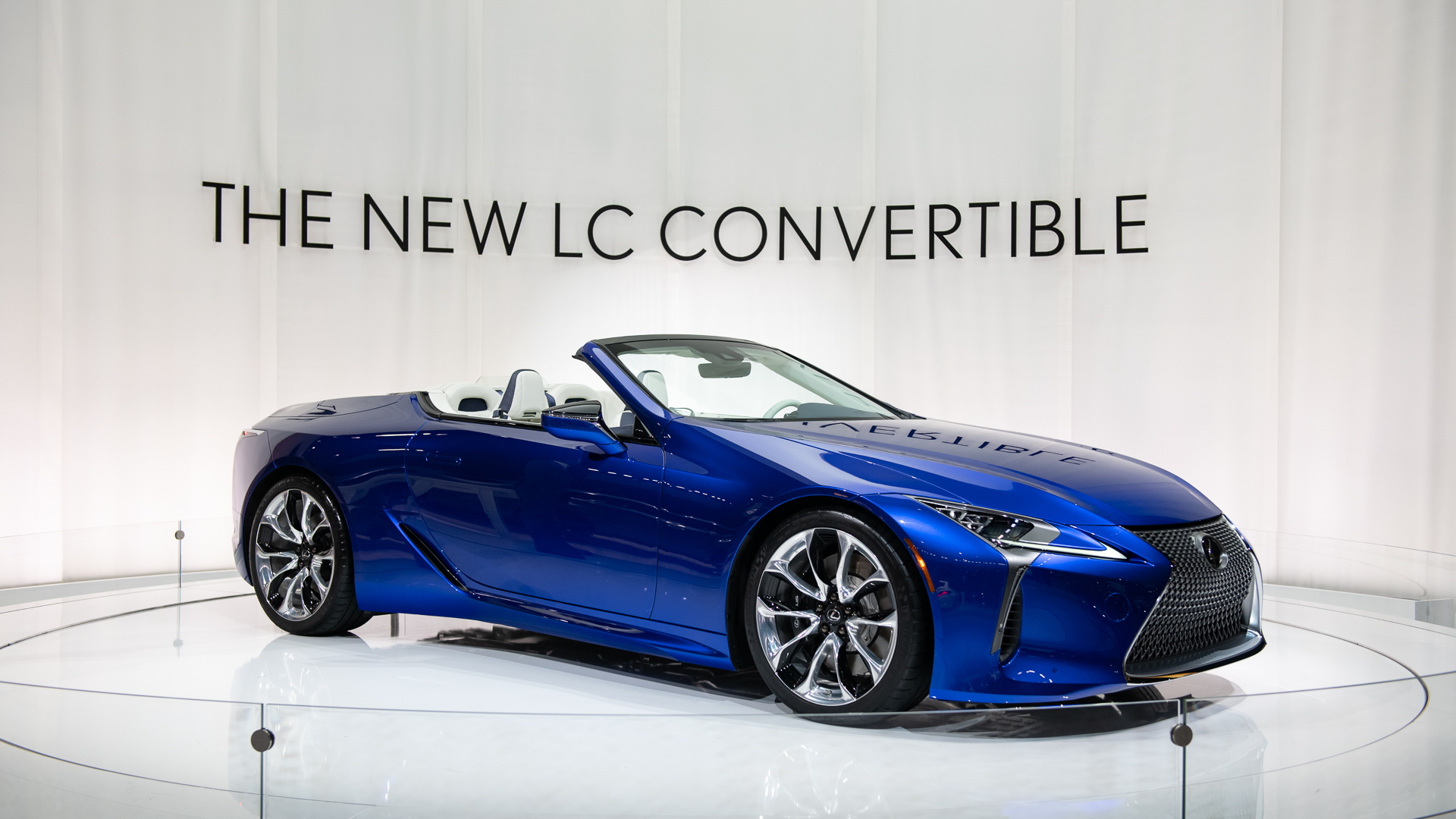 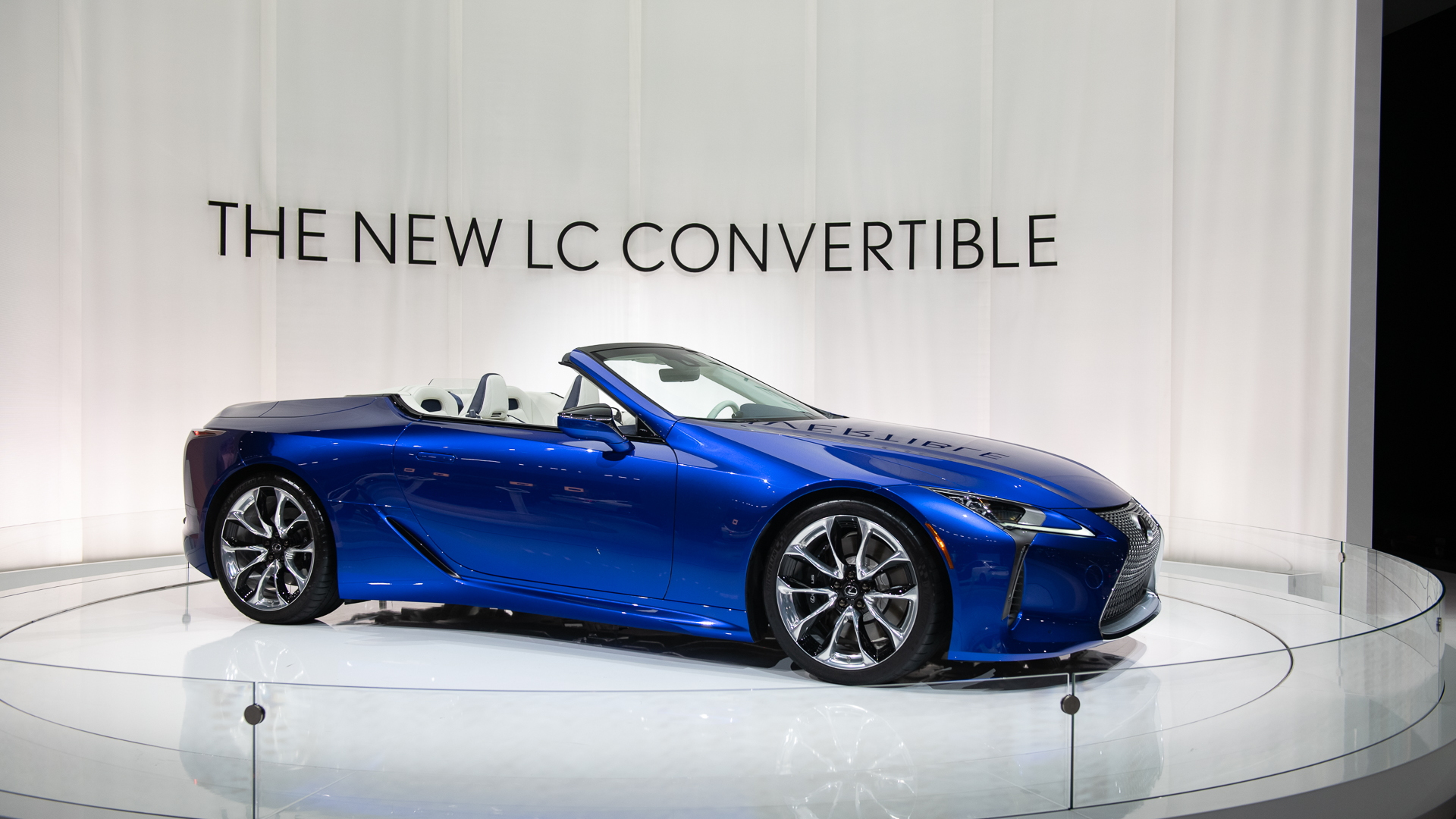 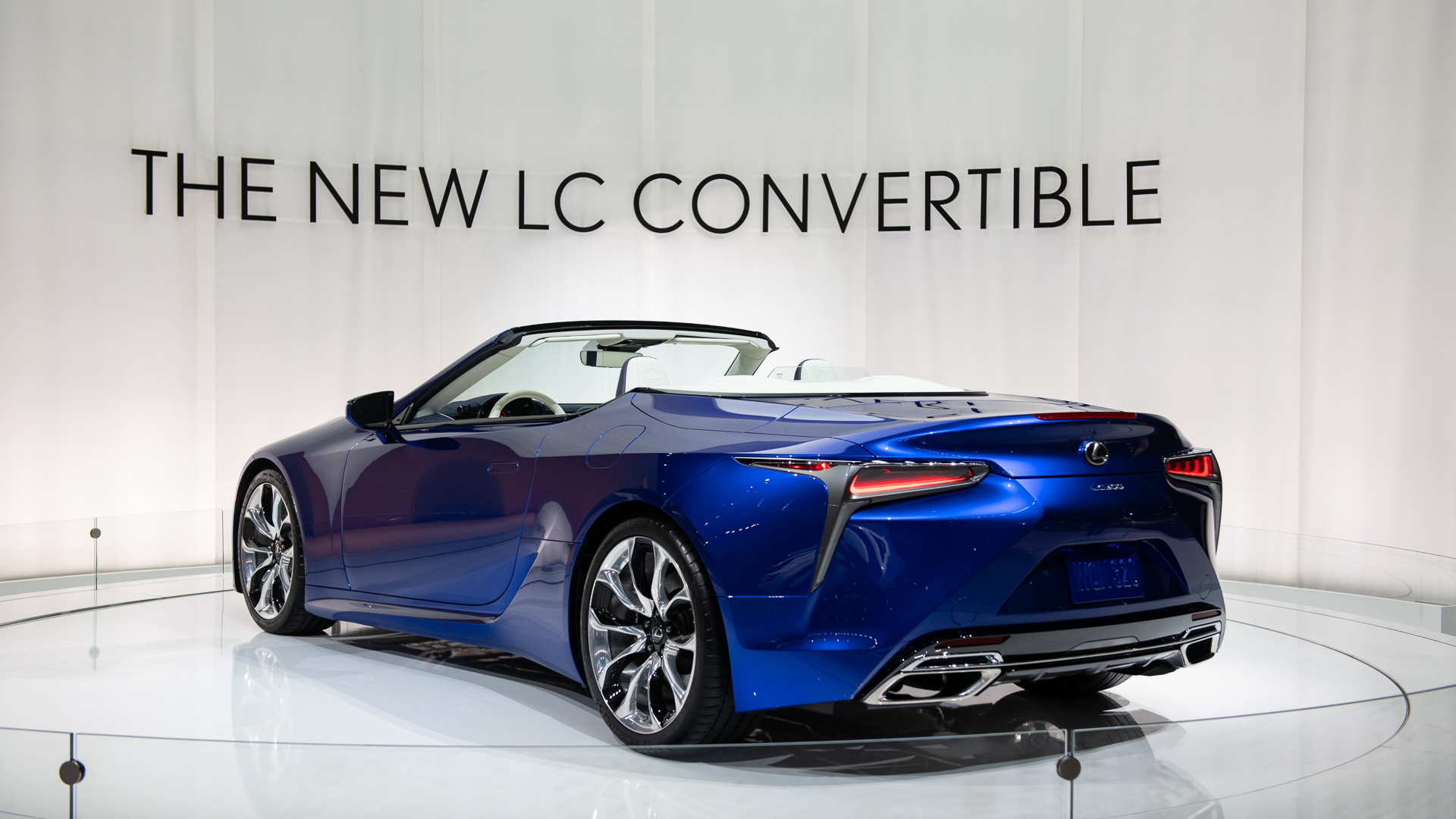 The Lexus SC is back, or at least it is in spiritual form with Tuesday's reveal of the LC Convertible.

This is the production version of a model first previewed as a concept at the start of the year and then as a prototype in the summer. It made a formal debut on Wednesday at the Los Angeles Auto Show and you'll be able to buy one next summer.

The LC Convertible has so far only been shown in LC 500 grade, which means a 5.0-liter V-8 sitting up front and pumping out 471 horsepower. The engine is mated to a 10-speed automatic and spins the rear wheels only.

Lexus hasn't said whether there will be an LC 500h grade, but we can imagine there will be one for key hybrid markets. This one should come with 354 hp from a 3.5-liter V-6 and electric motor combo.

The roof on the LC Convertible is a four-layer soft-top with a tonneau cover at the rear to keep things neat when the roof is stored. It takes about 15 seconds to go up or down and can be operated at speeds of up to 31 mph. The four-layer design helps insulate the cabin from weather and noise, and buyers will be able to choose black or beige for the outer layer. There will also be special editions with different colors, but more on this later.

The LC is based on Lexus' GA-L modular platform, a rigid design with a low center of gravity and near-ideal weight distribution. Thanks to this strong foundation, modifications required to make the LC Convertible match the driving qualities of the coupe were minor. They included a few additional braces to up rigidity and tuning of the suspension to compensate for the slight increase in weight.

The LC coupe starts at ‭$93,325‬, and the convertible version should run even higher. Potential rivals include Mercedes-Benz's S-Class Cabriolet and SL-Class, the Maserati GranTurismo Convertible, and the Porsche 911 Cabriolet. Lexus predicts that LC sales in the future will be split evenly between the coupe and convertible. For early birds, there will be a limited-edition LC 500 Convertible Inspiration Series offered in Structural Blue paint with a matching blue top and a contrasting white semi-aniline leather interior trim. Just 100 will be made.

Note, Lexus isn't finished with its LC. Sometime next year, the brand is expected to introduce a range-topping LC F. We hear the car could pack a new twin-turbocharged V-8 generating over 600 hp.