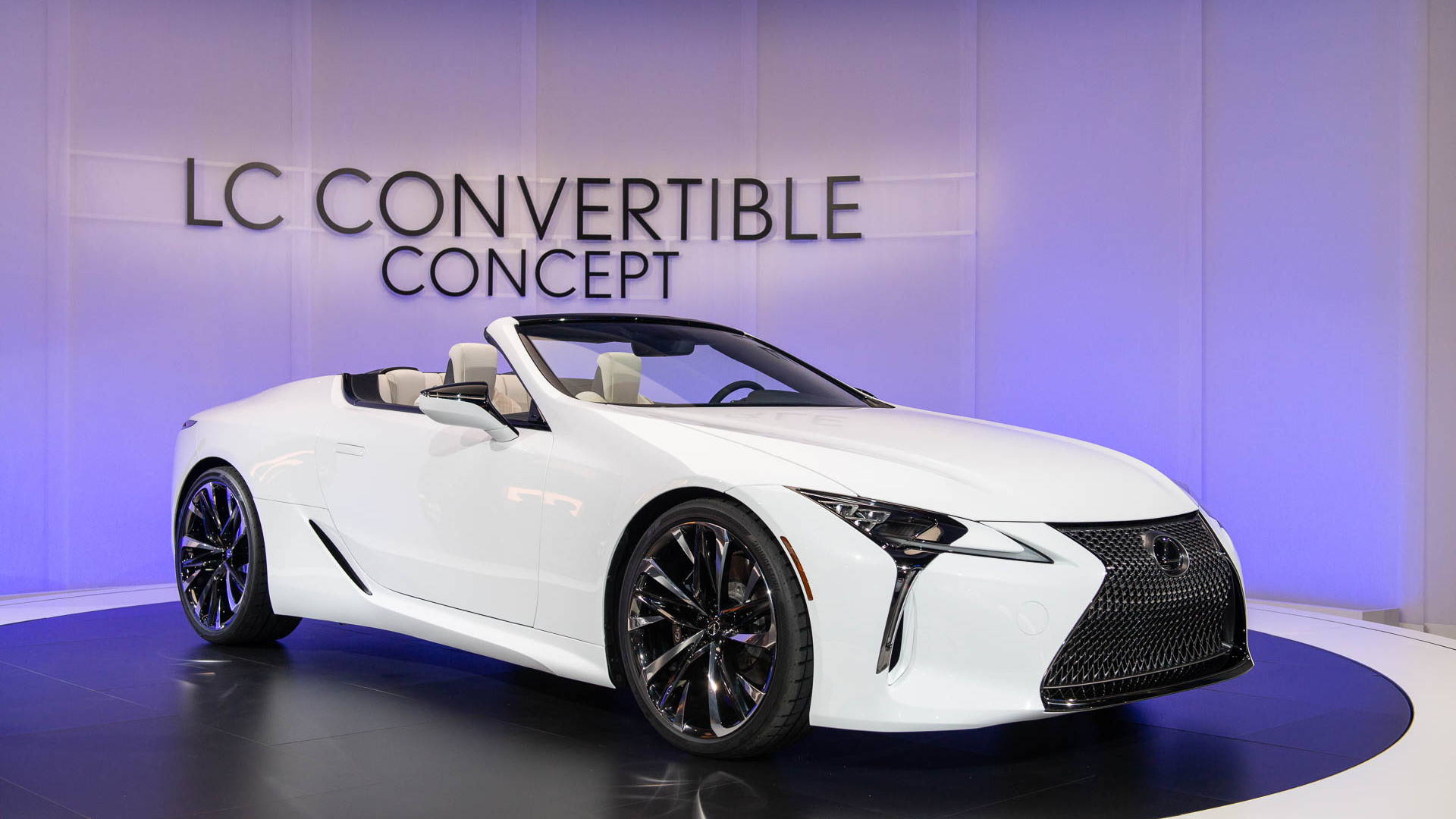 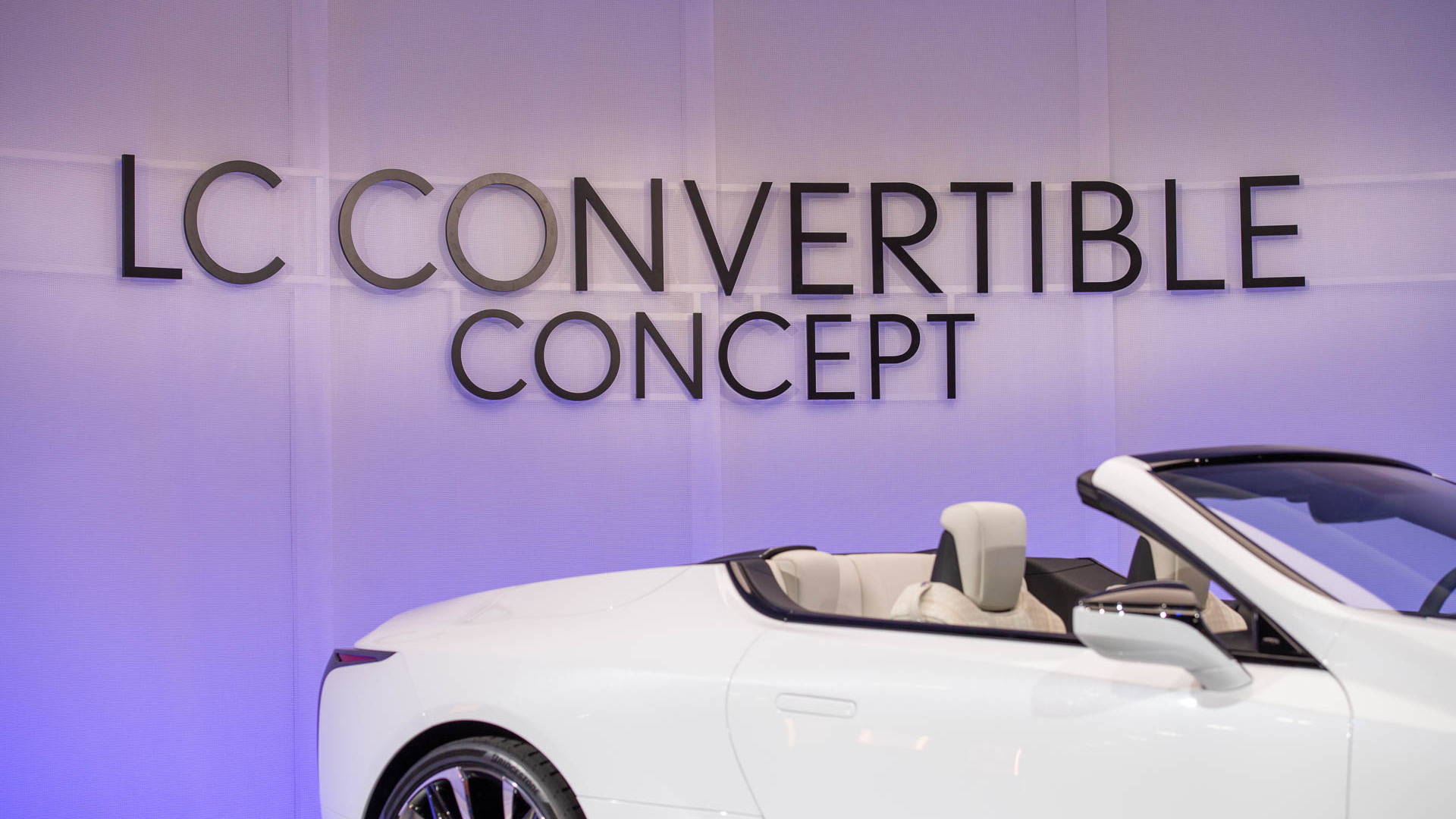 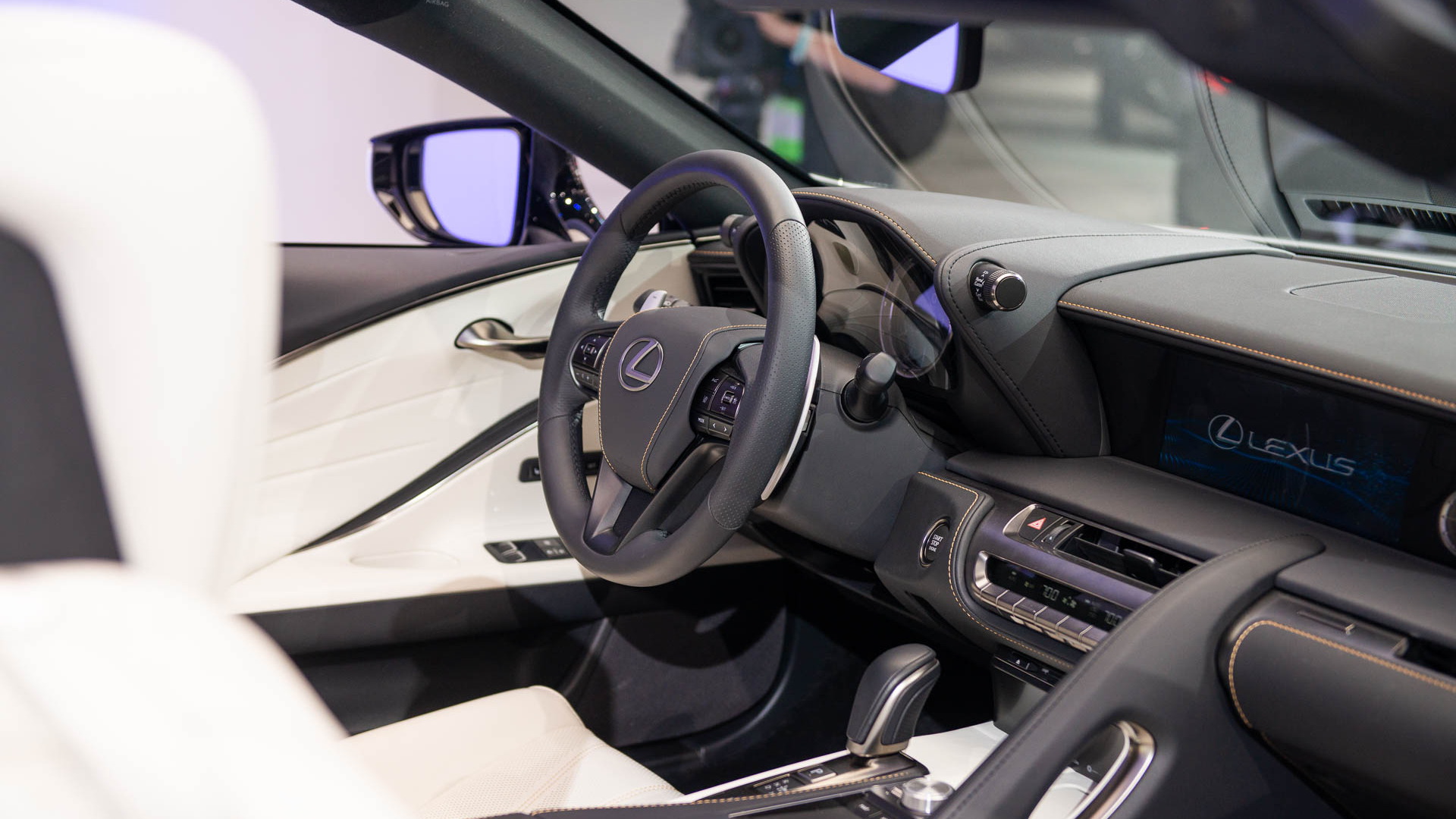 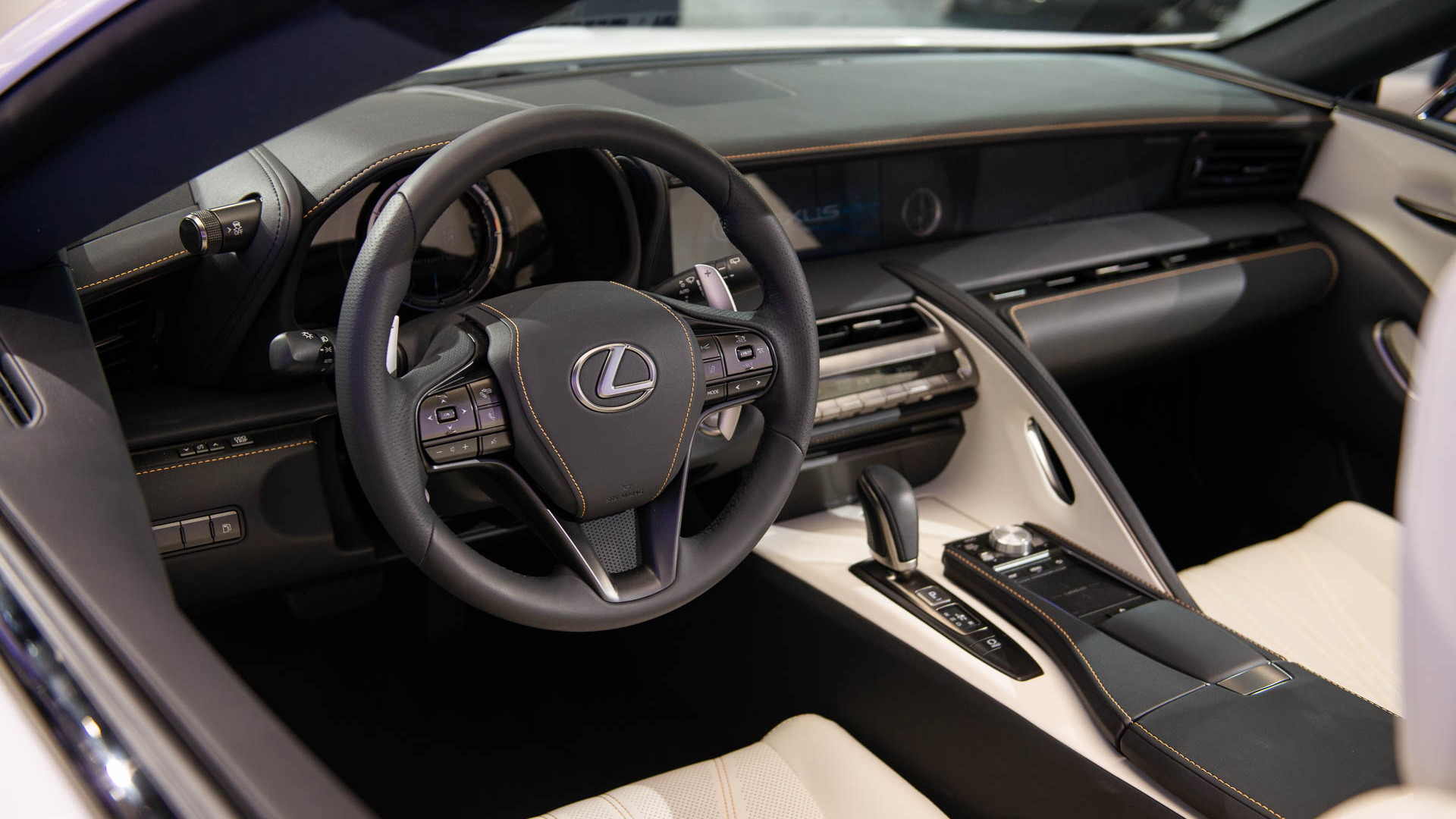 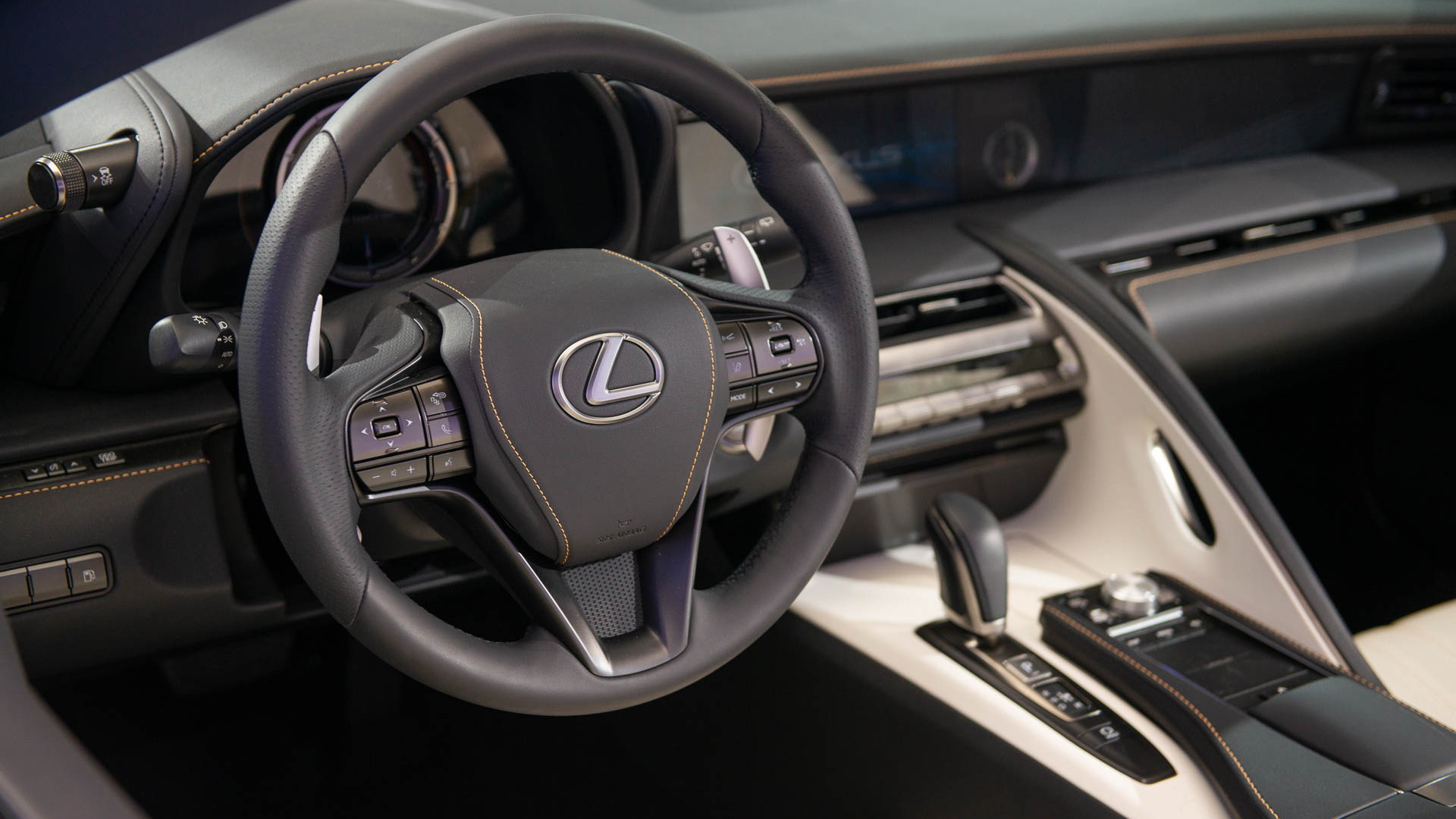 The Lexus SC is back, or at least it is in spiritual form with Friday's reveal of the LC Convertible concept.

The handsome drop-top is due to debut on January 14 in Detroit at the 2019 North American International Auto Show, and according to Lexus' own words the car hints at the future direction of the LC line and serves as a halo for the brand.

It was at the Detroit auto show, seven years ago, that the world was first treated to the LF-LC concept, the precursor to the almost identical LC coupe which bowed at the same show four years later. Now Lexus returns to Motor City for the next evolution of the LC, an open-top grand tourer with 2+2 seating and low, lean proportions.

Lexus hasn't revealed any details of the car's roof but given those lean proportions we're likely looking at a soft-top, a more compact design when folded compared to the retractable hard-tops the brand has favored with past convertibles. Lexus also hasn't said what's powering the car, though it's likely one of the LC's existing powertrains, meaning either a V-6-based hybrid setup or a 5.0-liter V-8.

Lexus hasn't offered a convertible since the IS C, which ended production after the 2015 model year, and the SC before it that ended its run after 2010. Lexus originally engineered the RC as a convertible, but canned the drop-top in 2014 to focus on more popular vehicle segments. Thanks, crossovers.

Lexus is yet to confirm whether production of an LC Convertible has been approved, but it's likely only a matter of time given the strong hints from the brand, as well as LC chief designer Tadao Mori.

“A production version of this concept would be exhilarating in many different ways,” he said in a statement. “You would see its dynamic lines as you approach, hear its engine when you started it up and feel everything around you once on the road.” 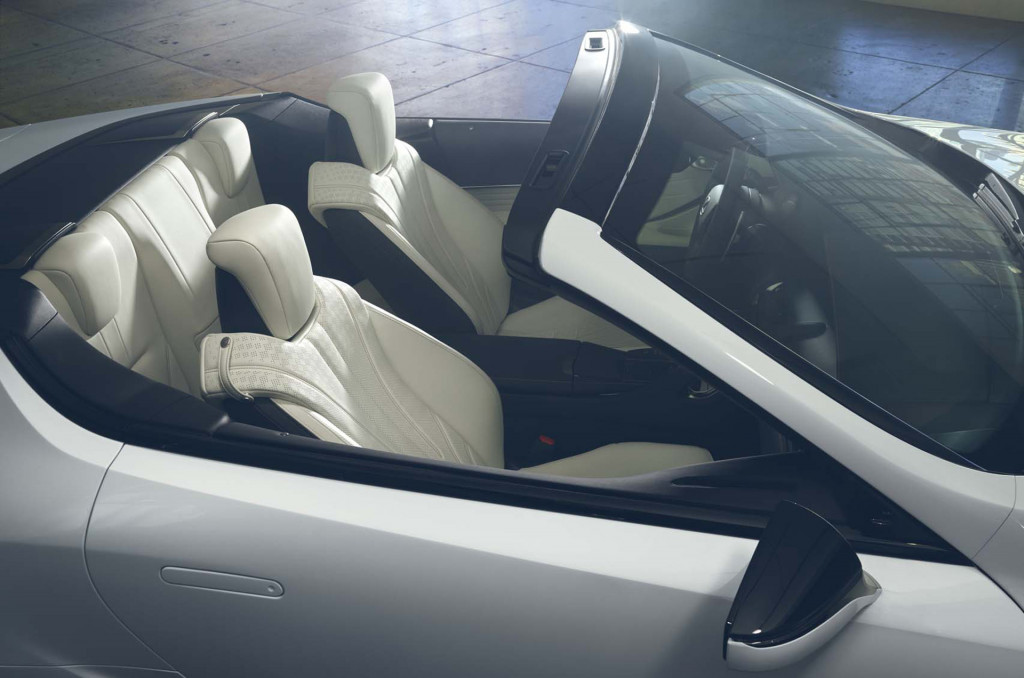 If built, the car would compete against the BMW 8-Series Convertible, Mercedes-Benz S-Class Cabriolet/SL-Class, and Porsche 911 Cabriolet.

Lexus will also use the 2019 Detroit auto show to unveil the track-focused RC F Track Edition. To learn about other vehicles set to appear at the show, head to our dedicated hub.