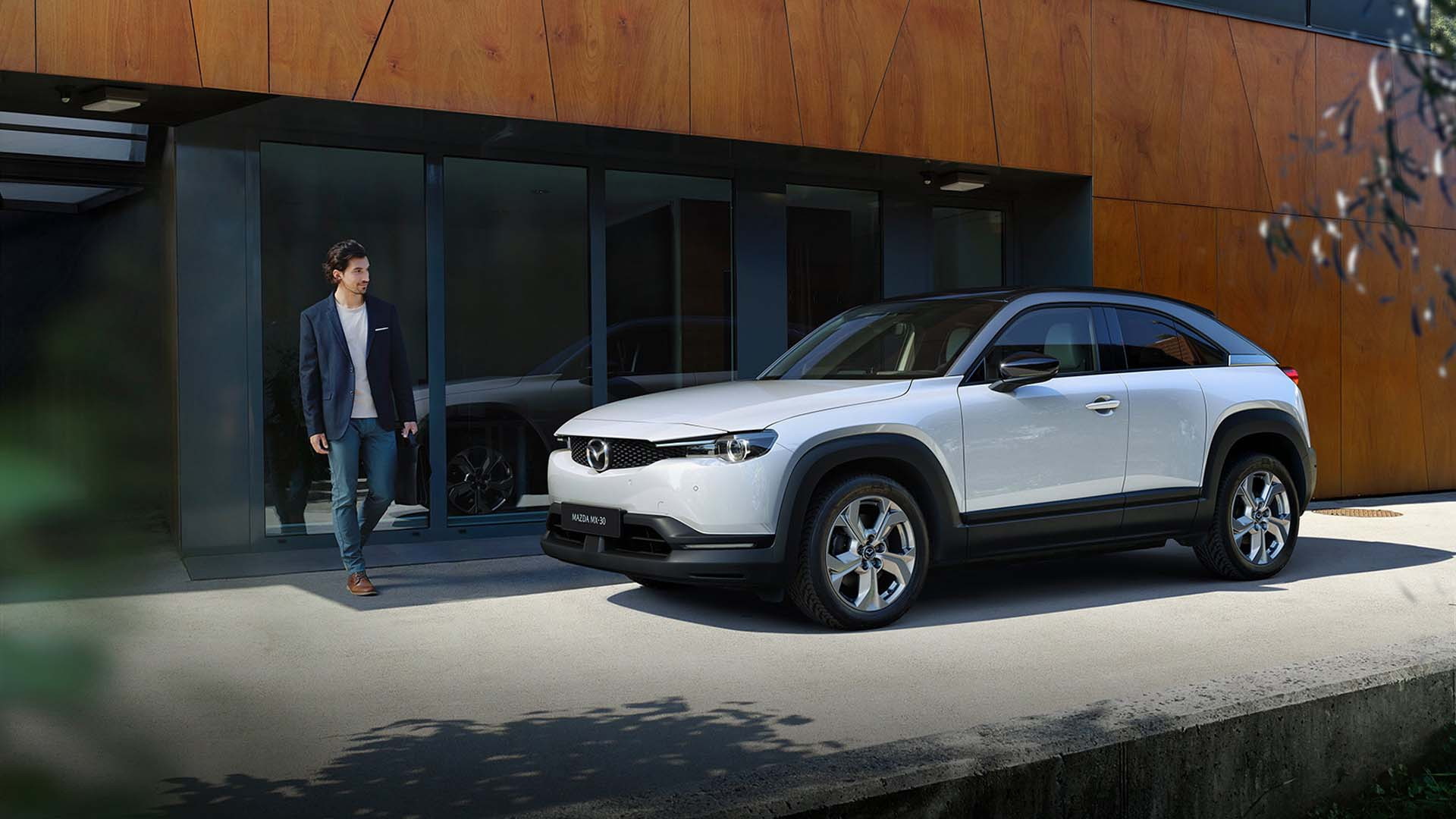 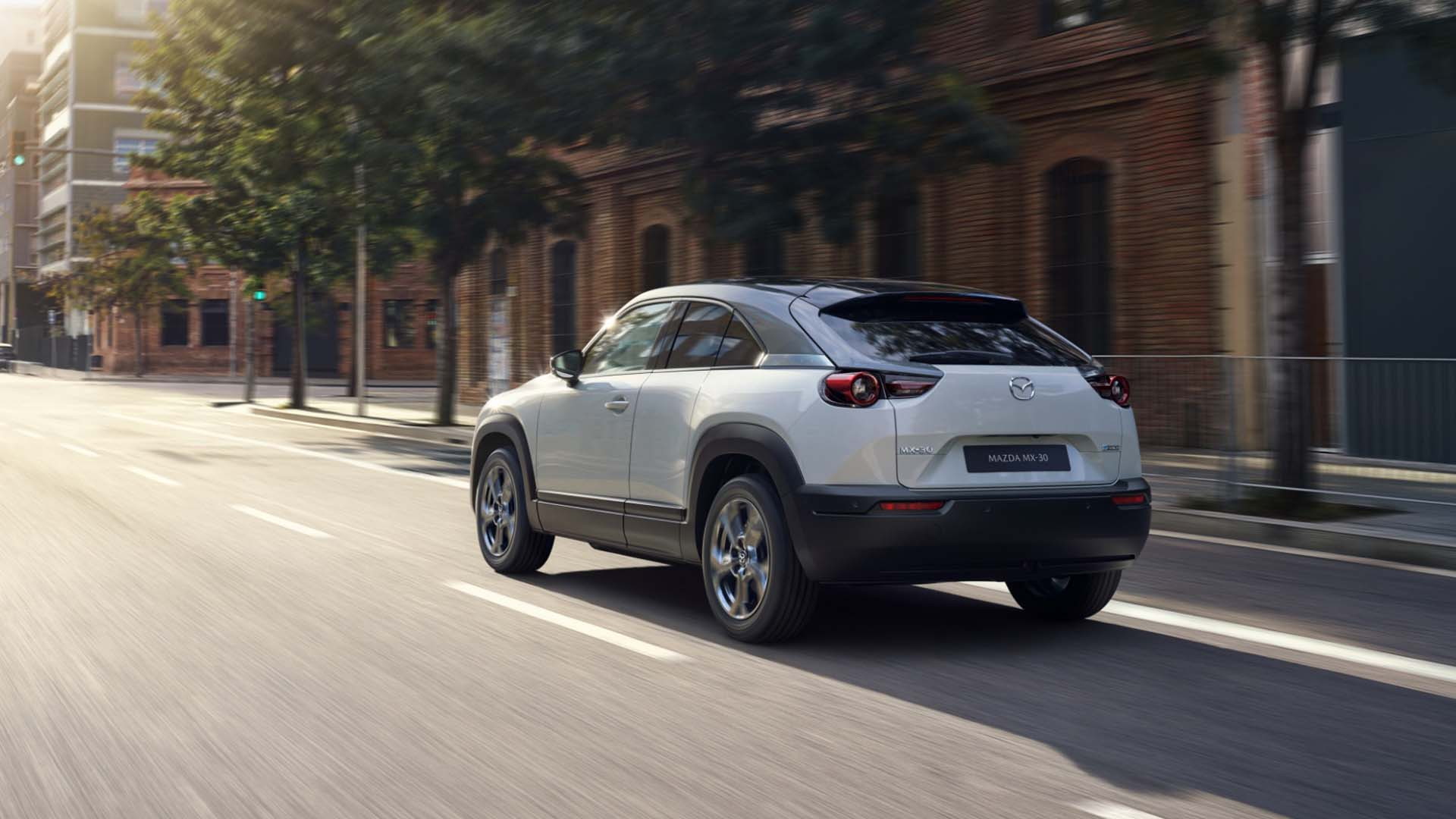 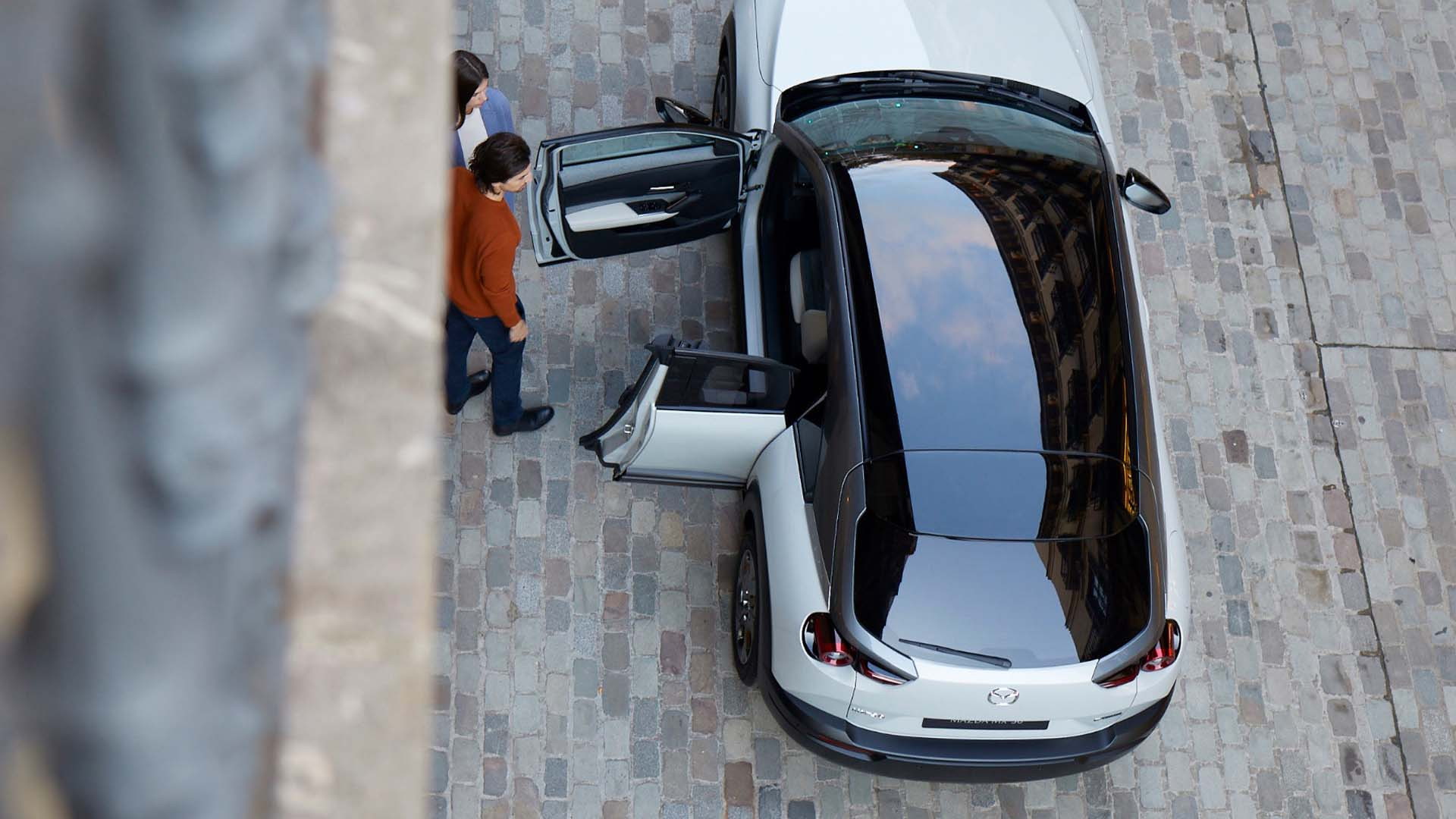 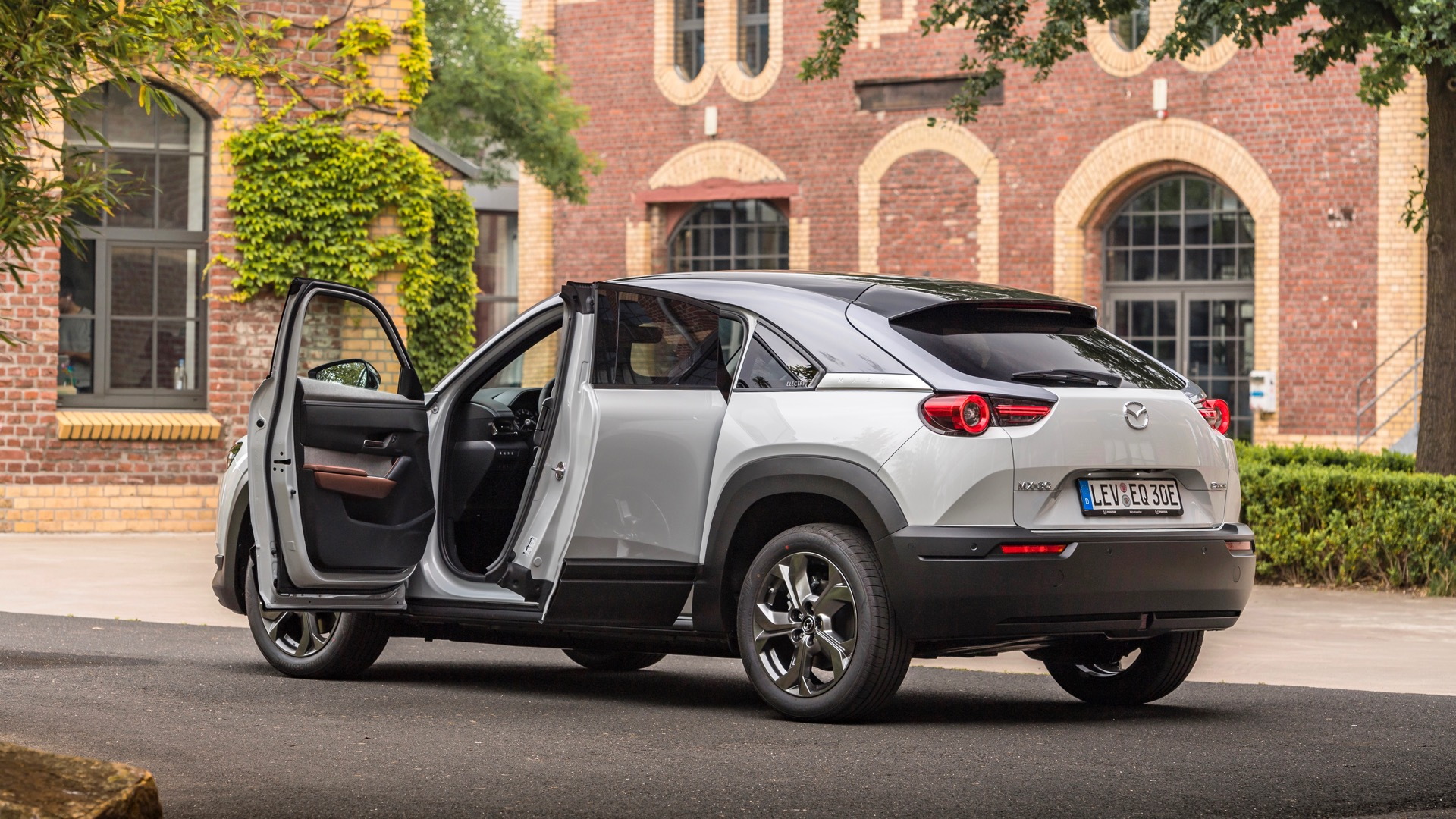 Meet the 2022 Mazda MX-30, a battery-electric compact crossover designed for the city and due at dealerships in October, though only in California. It will arrive with a starting price of $34,645, including destination.

Don't fret if you're a resident of another state because there are much better options for anyone looking for a smallish electric crossover. Alternatives include the Ford Mustang Mach-E, Tesla Model Y, and Volkswagen ID.4. Chevrolet has also just launched the 2022 Bolt EUV. Mazda says it may offer the MX-30 in more states if there's sufficient demand, though it's doubtful buyers will be lining up judging by the specs.

The MX-30 is closely related to the CX-30 crossover and features a battery with a capacity of just 35.5 kilowatt-hours, which Mazda estimates will deliver 100 miles on a charge. That's poor, and the performance of the powertrain isn't any better. The MX-30 features a single electric motor powering the front axle, rated at only 144 hp and 200 lb-ft of torque.

What's Mazda's reasoning? At the MX-30's 2019 Tokyo Motor Show reveal, the automaker said that by going with a smaller battery the MX-30's emissions over the life cycle, i.e. including production, should be lower than an EV with a bigger battery and lower than even a gas-powered compact like the Mazda 3.

For longer drives, Mazda said an extended-range version will eventually be offered, where the range extender will be a small rotary engine. The rotary will be used purely to charge the battery, a setup known as a series hybrid. Interestingly, Mazda also sells a more conventional plug-in hybrid MX-30 with a 2.0-liter inline-4 in some markets, though this version isn't expected to reach the U.S.

The rotary-equipped version is on track to arrive in 2022 as a 2023 model, and its arrival will mark the return of a rotary engine in a production car for the first time since the demise of the Mazda RX-8 sports car early last decade. It isn't clear if this particular version will be offered in more states, or just California.

Another quirky trait of the MX-30 is that its throttle performance has been tuned to be more like an internal-combustion car. Instead of the instant thrust electric motors are renowned for, power is delivered gradually. Regenerative braking is also mild, meaning no one-pedal driving, and piped-in sounds get louder as the vehicle accelerates to mimic the building of engine revs.

The MX-30 may only have a single door handle on each side but there are four doors in total. You need to open up the front doors to access the handles for the rear doors which open rearward—the same design was used on the Mazda RX-8.

Inside the cabin, you'll find a digital instrument cluster and an infotainment screen. A third screen sits at the bottom of the center stack for controlling more of the vehicle functions. In line with the vehicle's sustainability themes, you won't find any leather here, and accents like the door grips and center console storage area are made from cork left over from the wine industry.