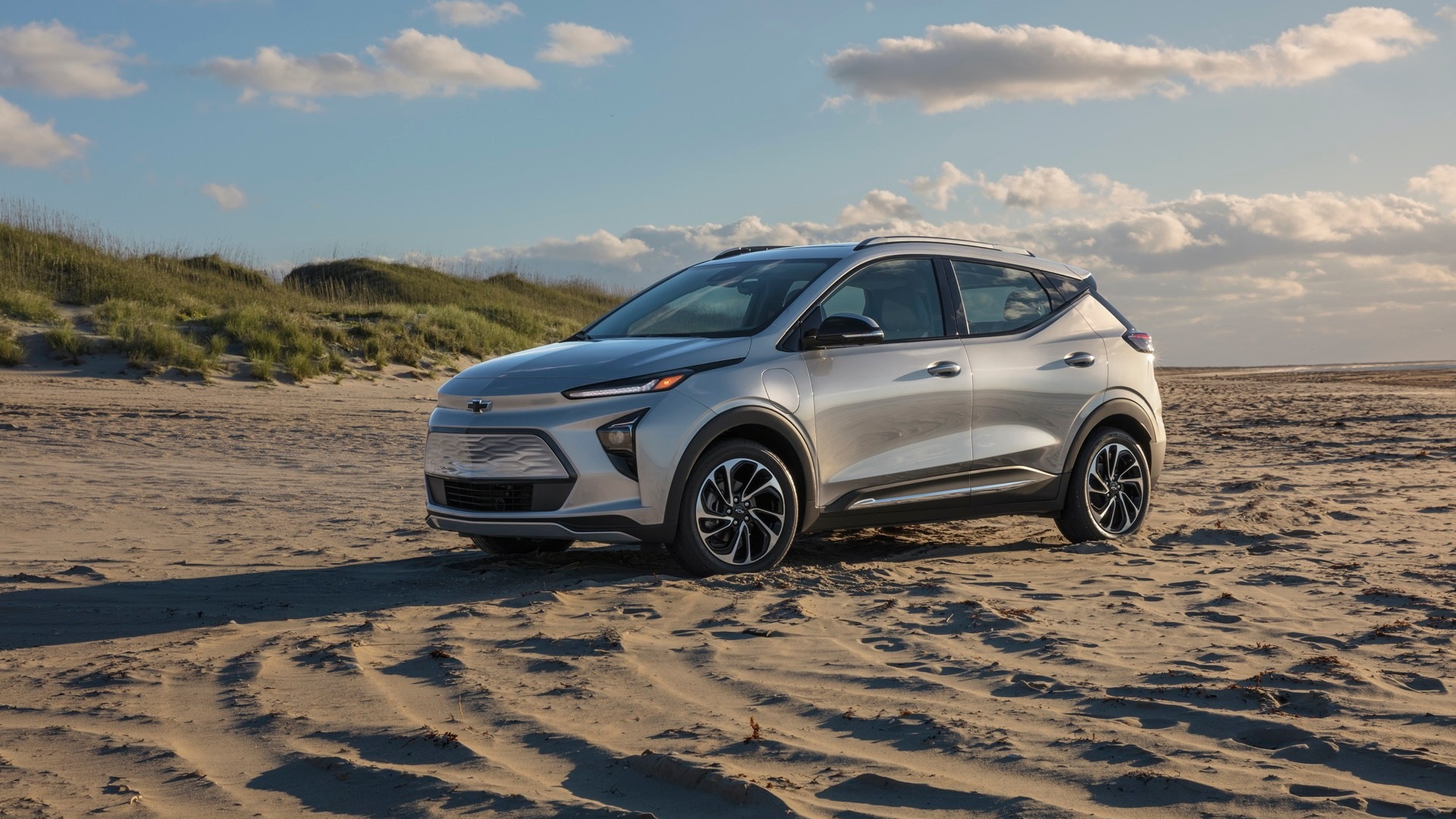 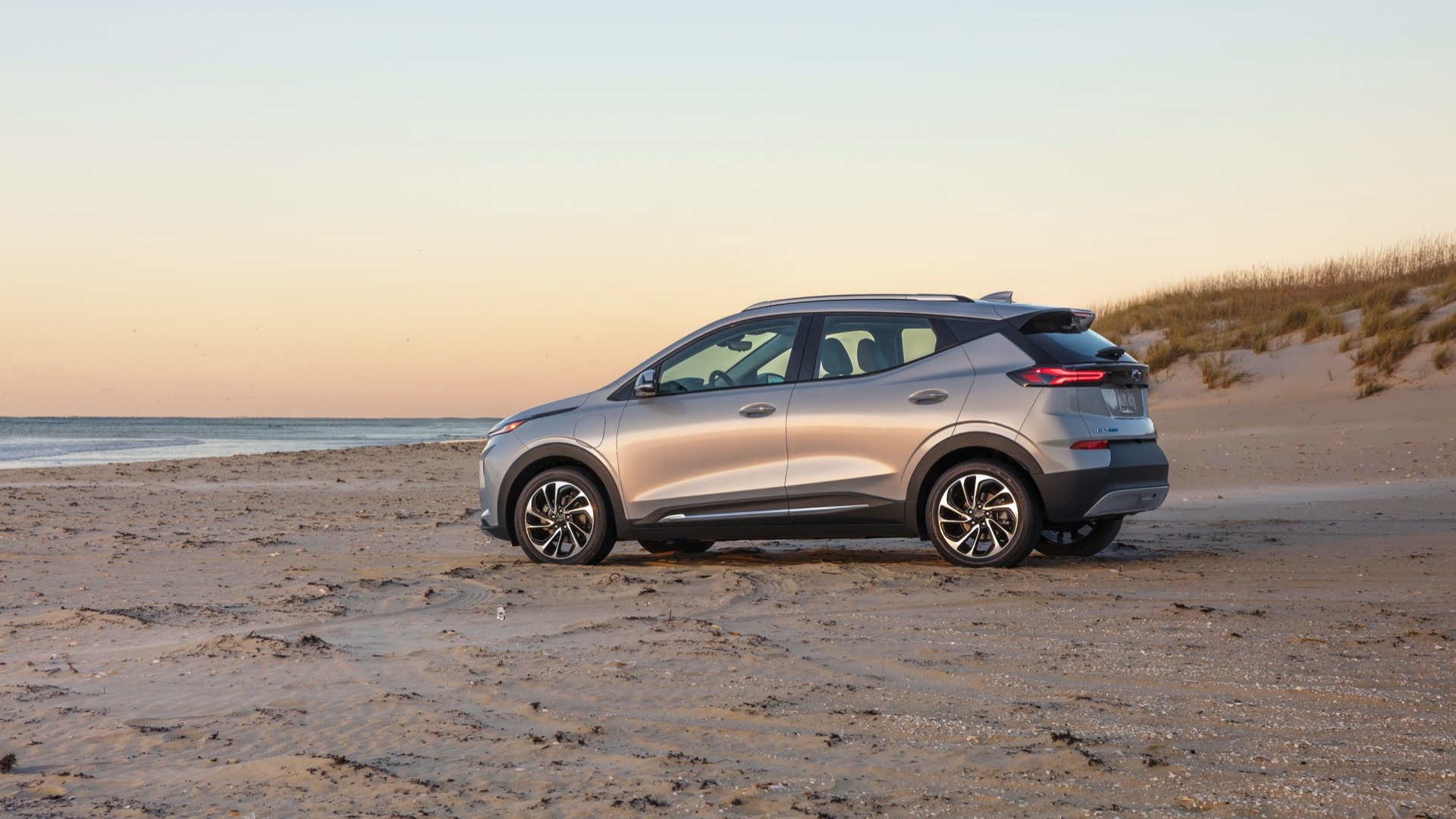 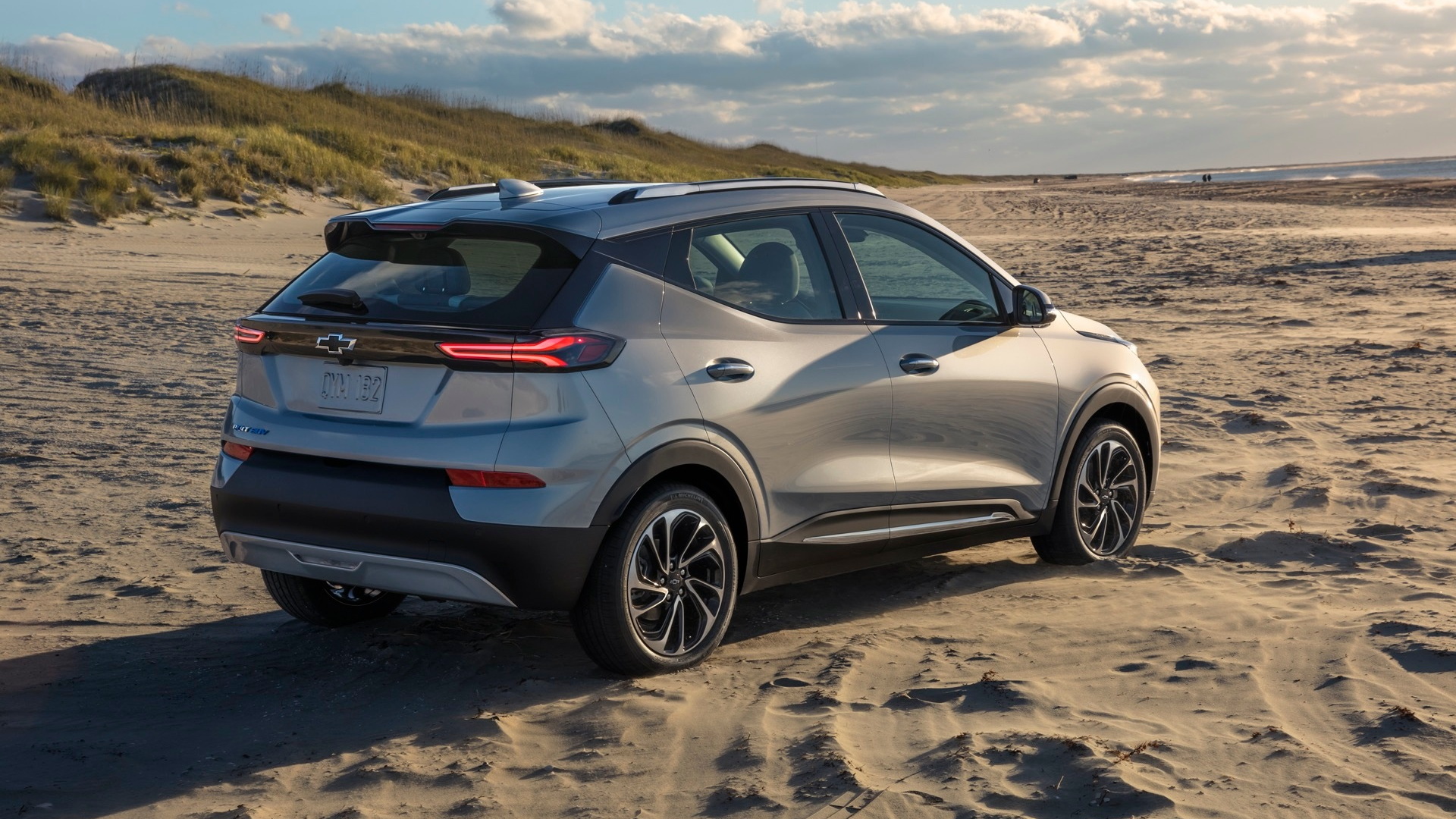 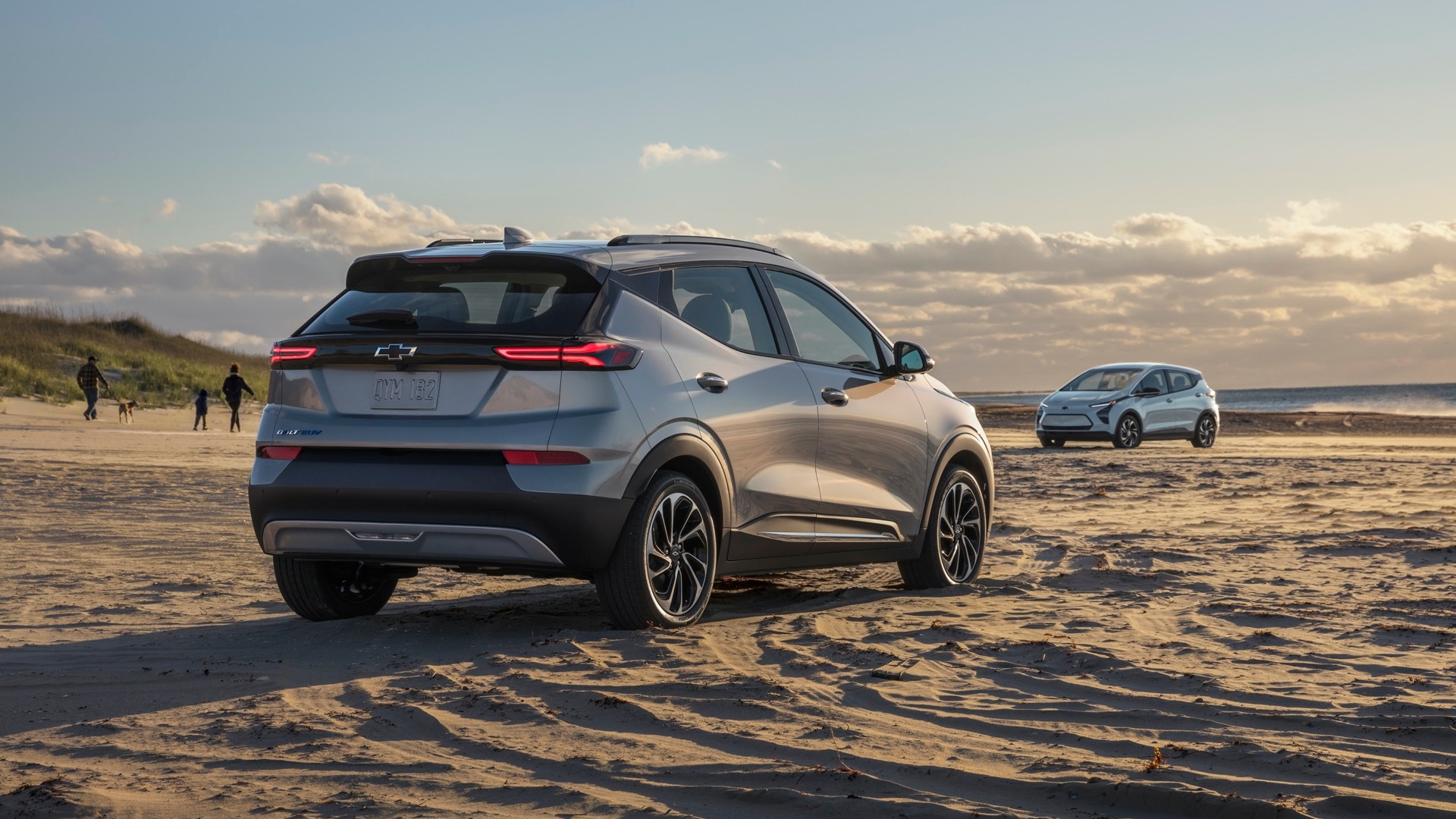 Chevrolet has updated the Bolt EV electric hatch for the 2022 model year and in the process expanded the lineup to include a new Bolt EUV (Electric Utility Vehicle) crossover SUV body style. Both were revealed on Sunday ahead of the sales debut this summer.

Both vehicles ride on General Motors' battery-electric platform known as BEV2 that made its debut in 2016 in the original Bolt EV. This is a separate platform to the new Ultium design that will underpin most of the 30 EVs GM plans to offer globally by 2025.

In the 2022 Bolt EV and Bolt EUV there's a 65-kilowatt-hour battery powering a single electric motor at the front axle, rated at 200 hp and 266 lb-ft of torque. The Bolt EV's EPA-rated range of 259 miles is unchanged from the previous year. The Bolt EUV, due to a slightly larger and taller body, is estimated to deliver a range of 250 miles.

When using DC fast-charging, close to 100 miles of range can be added in about 30 minutes, according to Chevy. An app allows owners to check on the charging status of the vehicle so it can be plugged in and left to charge while the owner stops for a coffee or goes shopping. The app also helps the owner plan road trips by locating available charging stations along the destination's route.

Not a single body panel is shared between the two vehicles (although the ride height is about the same). The Bolt EUV measures 6.3 inches longer than the Bolt EV on a wheelbase that’s been stretched 2.9 inches. The Bolt EUV is also two-tenths of an inch taller, due to its extended roofline.

Inside both vehicles is an 8.0-inch digital instrument cluster and 10.2-inch infotainment screen, with the latter containing a power flow graphic that lets the driver know, for example, when brake energy is being recovered and how much charge is left in the battery. There’s also an electronic gear shift design that uses pull toggles and push buttons, as well as a button that switches on one-pedal driving.

One other big piece of news is the availability of GM's Super Cruise driver-assist feature on the Bolt EUV, a feature that so far has been exclusive to the Cadillac brand. The feature enables hands-free operation on compatible highways, though the driver still needs to be alert to monitor things in case of an emergency. Super Cruise is available on the Bolt EUV Premier grade. There's also a special Launch Edition of the Bolt EUV that includes Super Cruise and a few other extras as standard.

Production of both vehicles will be handled at GM's Orion Assembly plant in Lake Orion, Michigan.