Photos of a facelifted Buick Regal have surfaced online and point to updates buyers can expect for the related Opel Insignia and Holden Commodore sold overseas.

The leaked photos, posted online by Autoweek.nl on Friday, show the updated Regal destined for the Chinese market, in sedan form. Buick only offers the Regal sedan as a sporty GS in the United States. Other Regal body styles include the Sportback liftback sedan and TourX soft-roader wagon.

Only the external updates are visible. They look to consist of revised fascias at both ends, revised headlights, and a new design for the tailpipes. 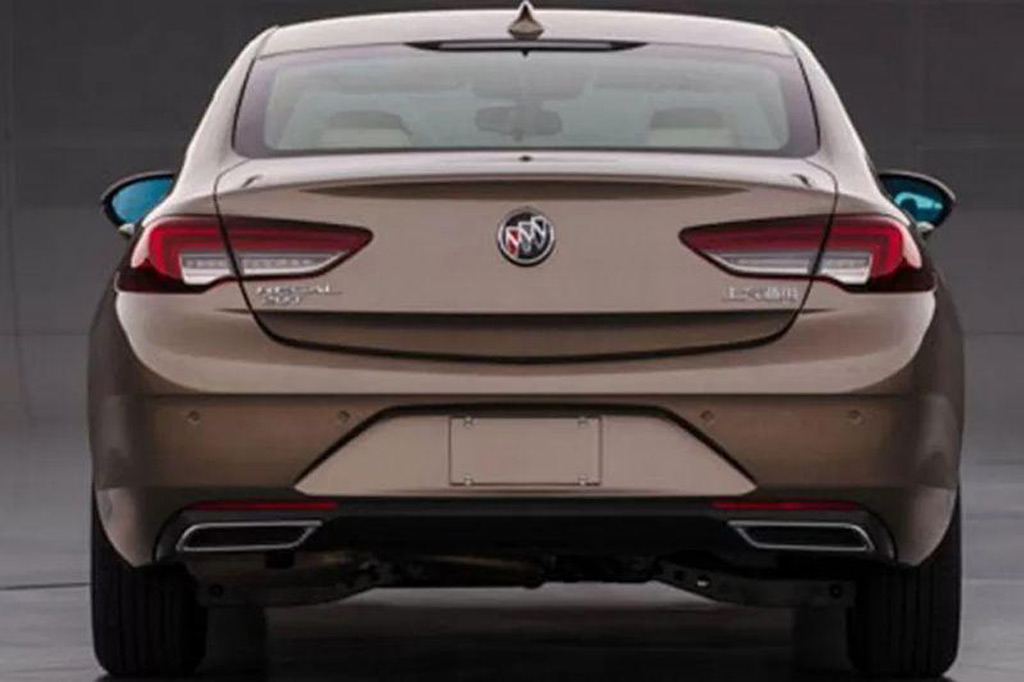 The latest Regal was introduced here for 2018 and is actually a rebadged version of the Insignia, with both models developed when Opel was still owned by General Motors. The Insignia is due to be updated early next year and this updated Regal should follow shortly after.

However, it isn't clear if the Regal will remain on sale in the U.S. Regal sales in the first nine months of 2019 reached a low 8,849 units and Buick has been phasing out its non-SUV models, so the Regal could be dropped. The LaCrosse sedan and Cascada convertible have already gone.

Buick has new models on the way to fill the gap, though they're both crossover SUVs. One is the 2020 Encore GX compact crossover and the other is expected to be a new 3-row crossover twinned with the GMC Acadia and Cadillac XT6.