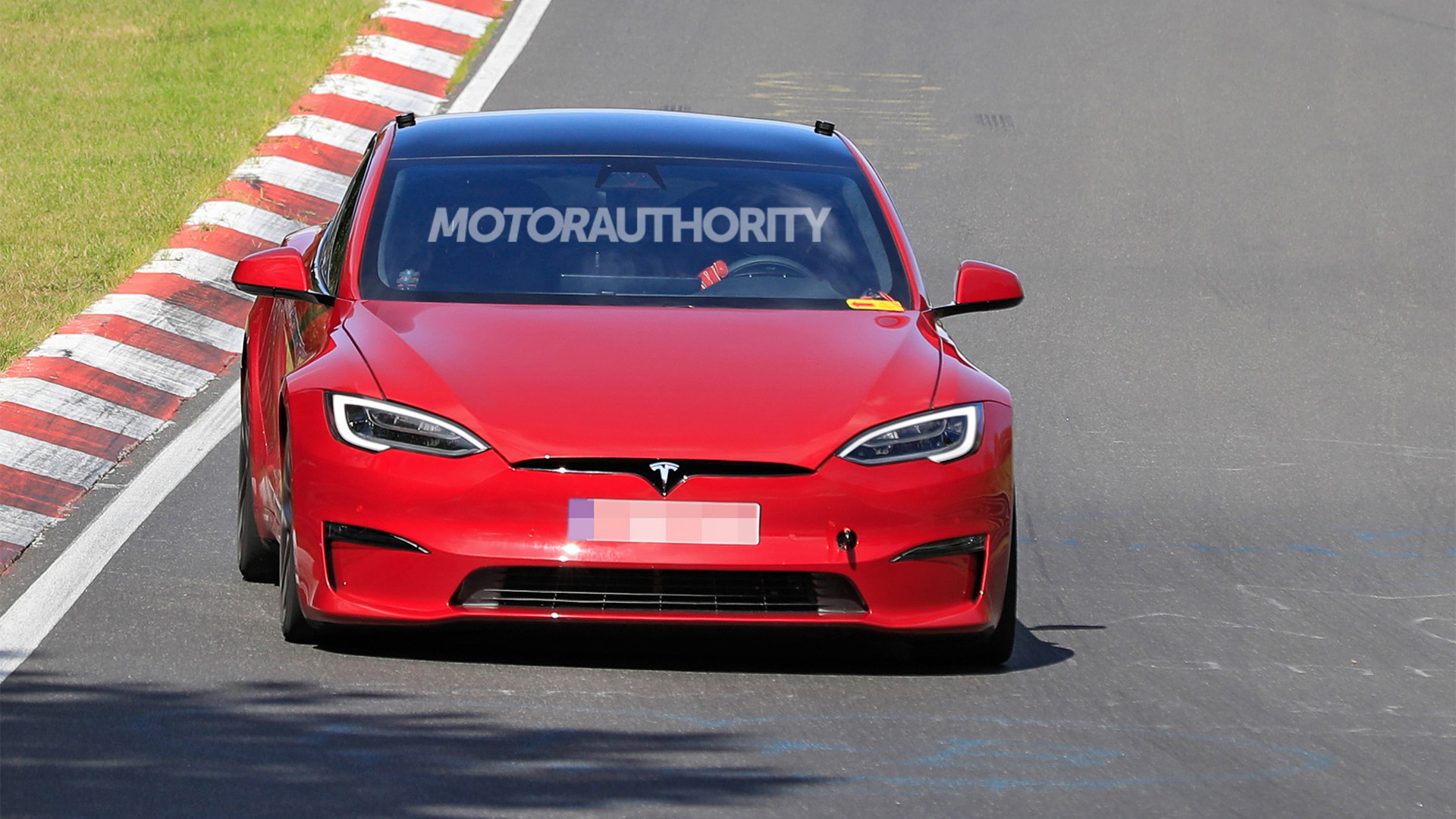 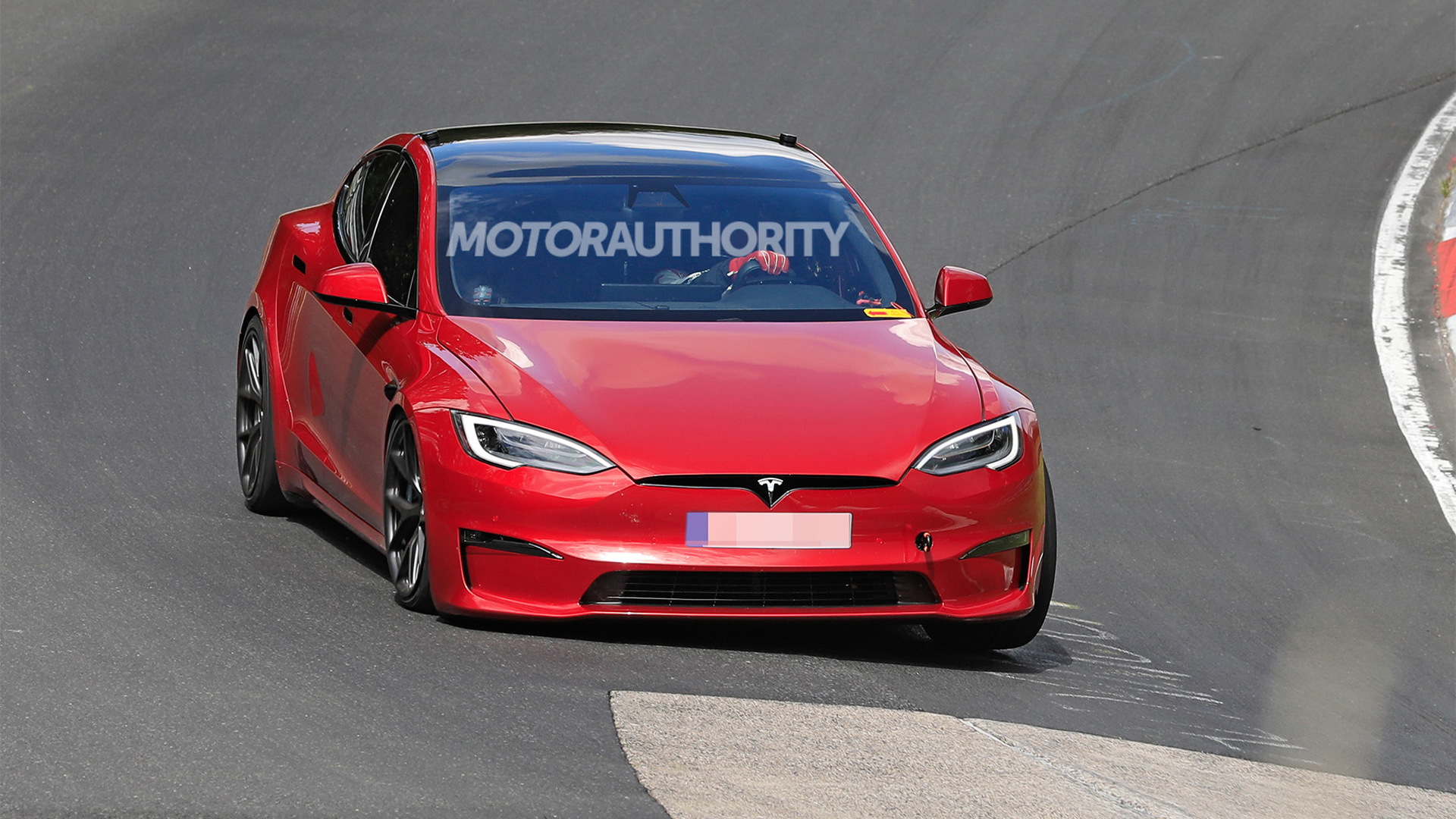 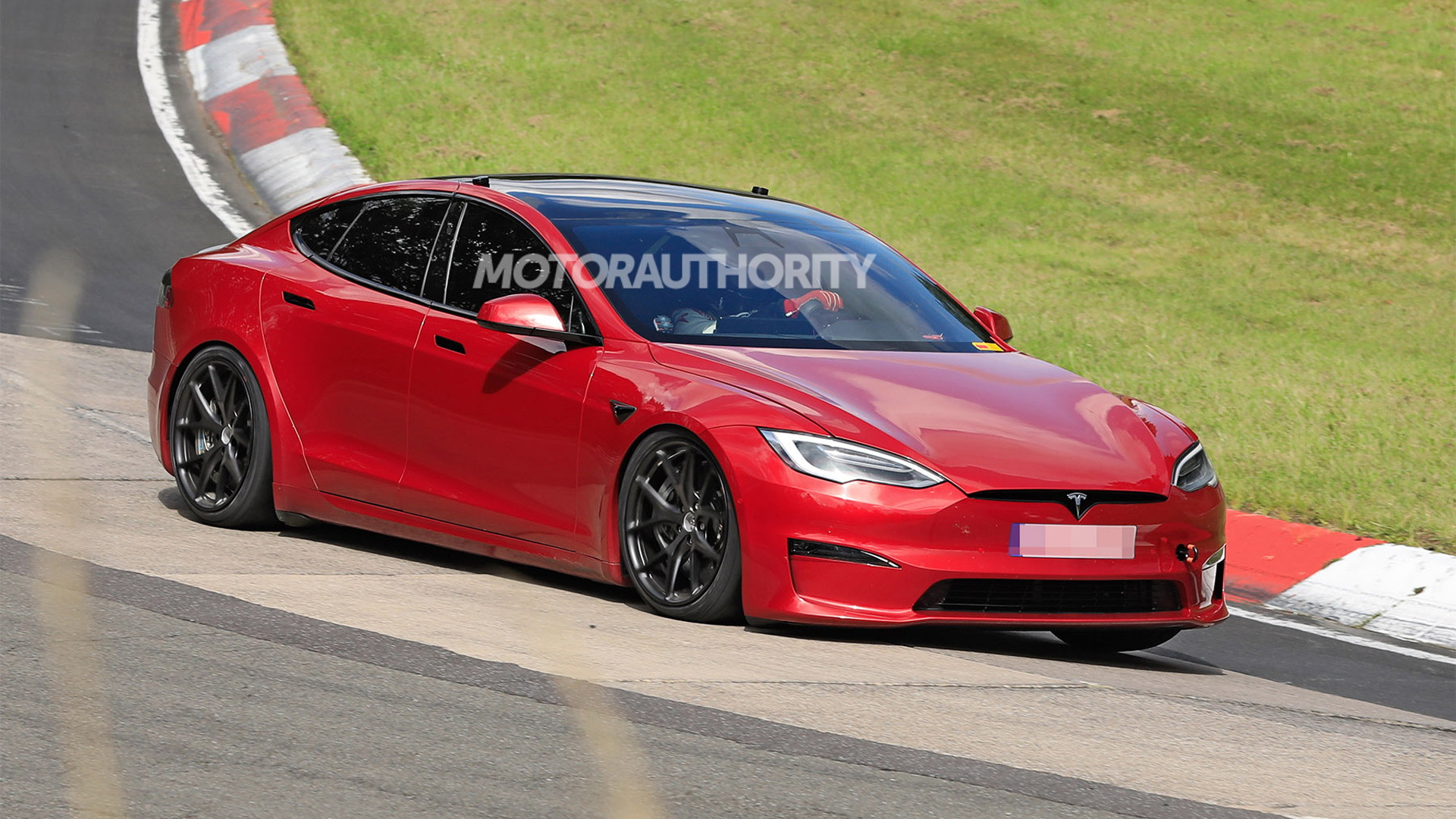 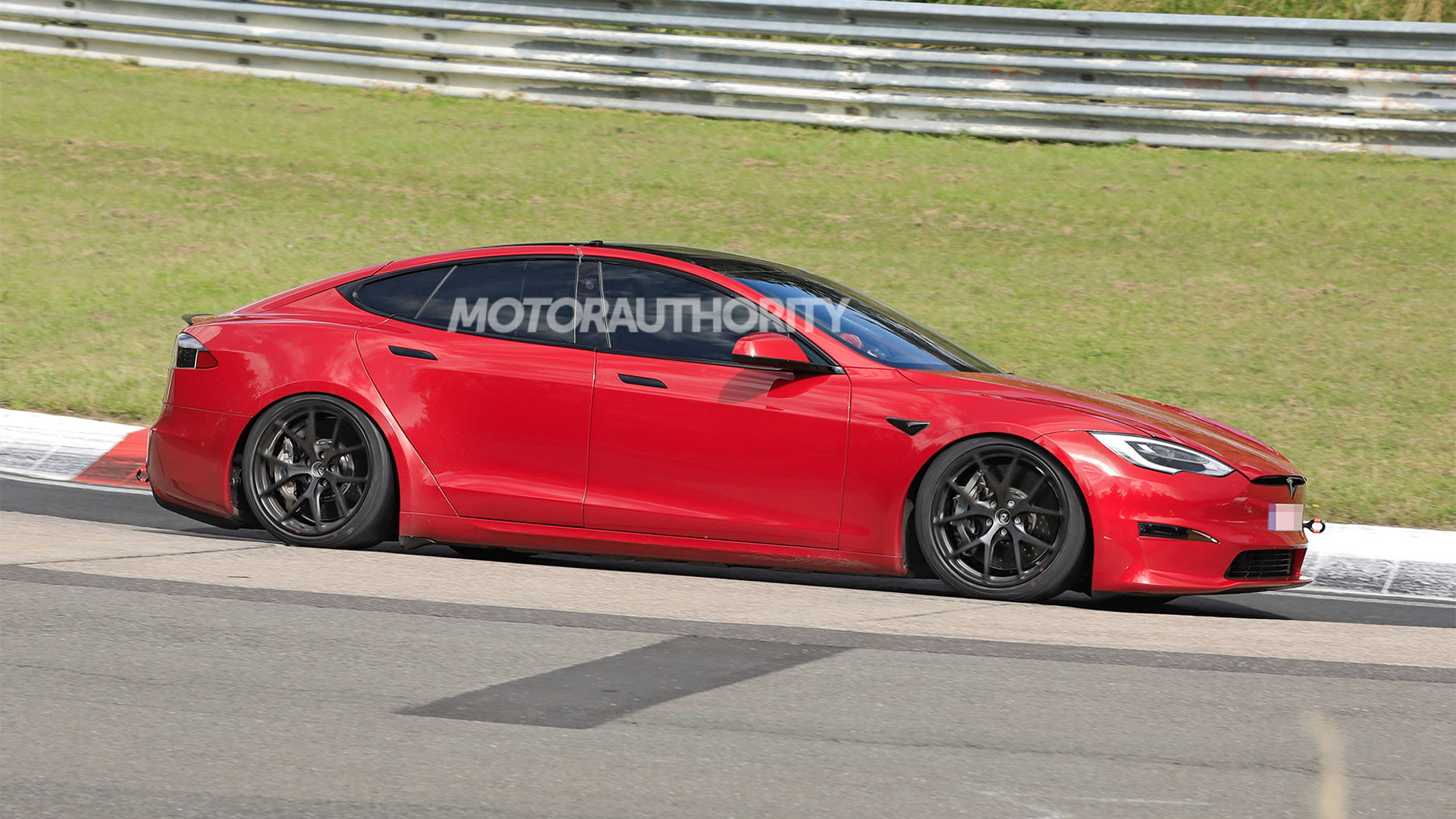 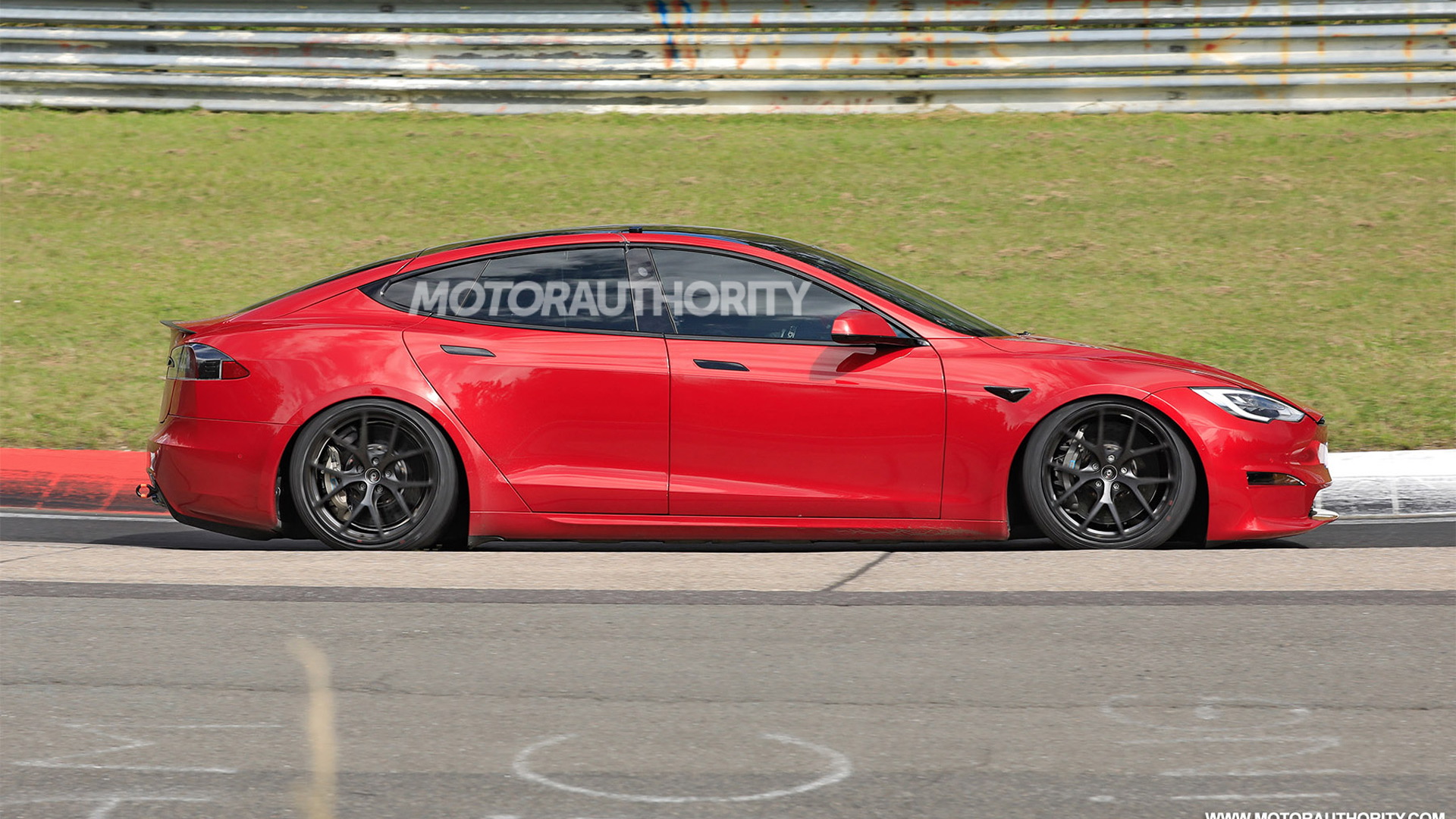 Prototypes for the Tesla Model S Plaid were a regular sight at the Nürburgring during the development phase back in 2019, and now the electric super hatch has made a return in what could be preparation for a potential record attempt.

The Model S Plaid started deliveries to customers in early June and it's possible the version currently testing at the 'Ring is a production example, though a heavy tint hides whether or not the interior has been stripped to save weight. We can make out a roll cage, though.

During the development runs in 2019, Tesla estimated that a lap in 7:20 would be easily achievable and that a lap in just 7:05 was conceivable. However, the company ended its testing without posting any figures.

Such times would easily eclipse the 7:42 lap set by the 2020 Porsche Taycan Turbo in 2019, currently the record for a production electric vehicle. If Tesla is accurate with its figures, the Model S Plaid may even set the lap record for a four-door production vehicle, a record that currently stands at 7:18.361, as set by the 2018 Jaguar XE SV Project 8, also in 2019.

The Model S Plaid certainly has a lot going for it. For starters, it's among the most powerful cars in the world thanks to a three-motor powertrain that generates a combined 1,020 hp. It will also accelerate to 60 mph in just 1.99 seconds, run the quarter-mile in 9.23 seconds, and top out at 200 mph, according to Tesla's claims. Those first two figures are world records for production cars.

If you'd like to feel that performance yourself everyday, the Model S Plaid is currently available for $131,190. A Model X Plaid with the same powertrain but slightly tamer performance figures is also available, priced from $121,190. Both figures include destination.