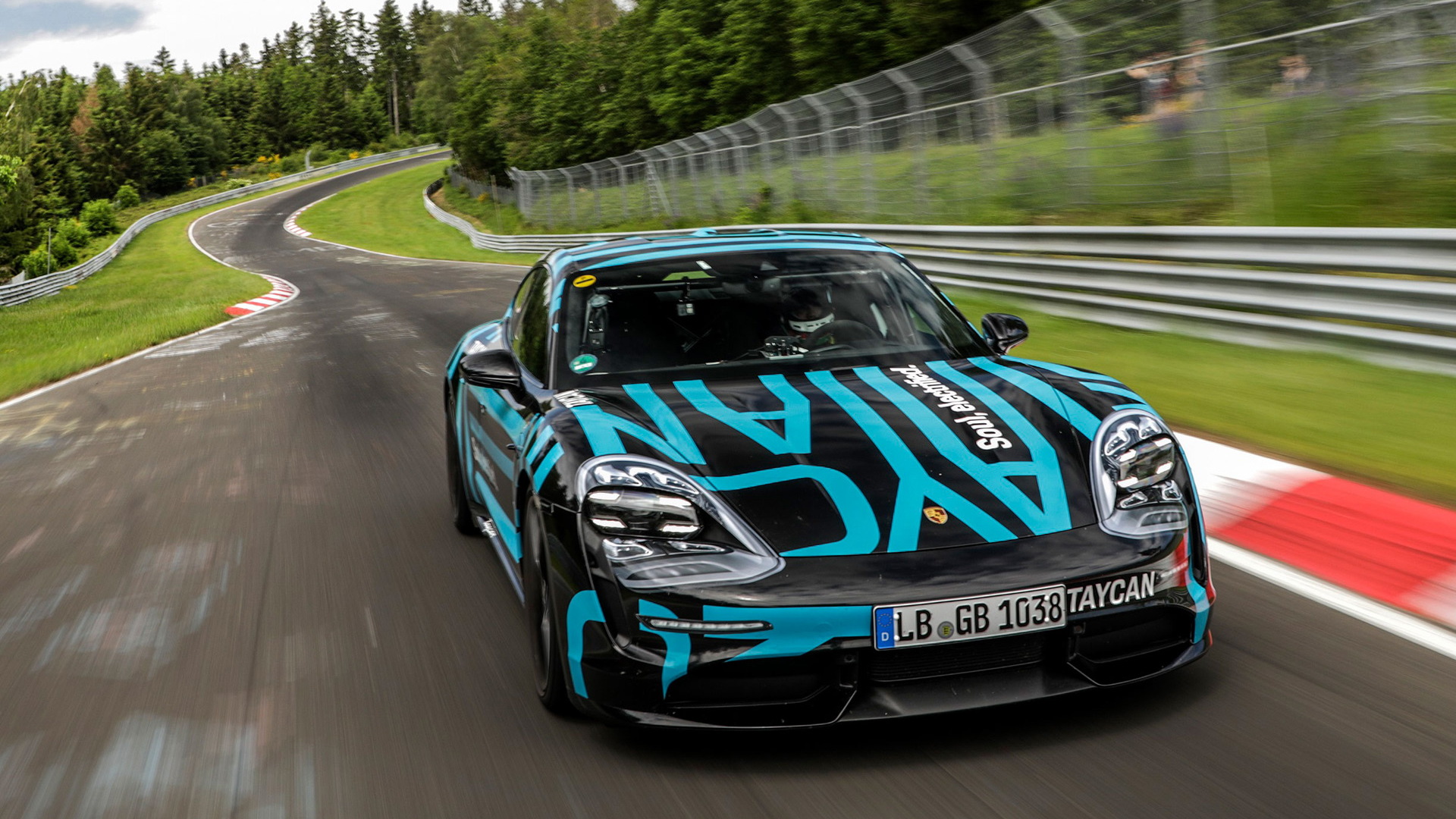 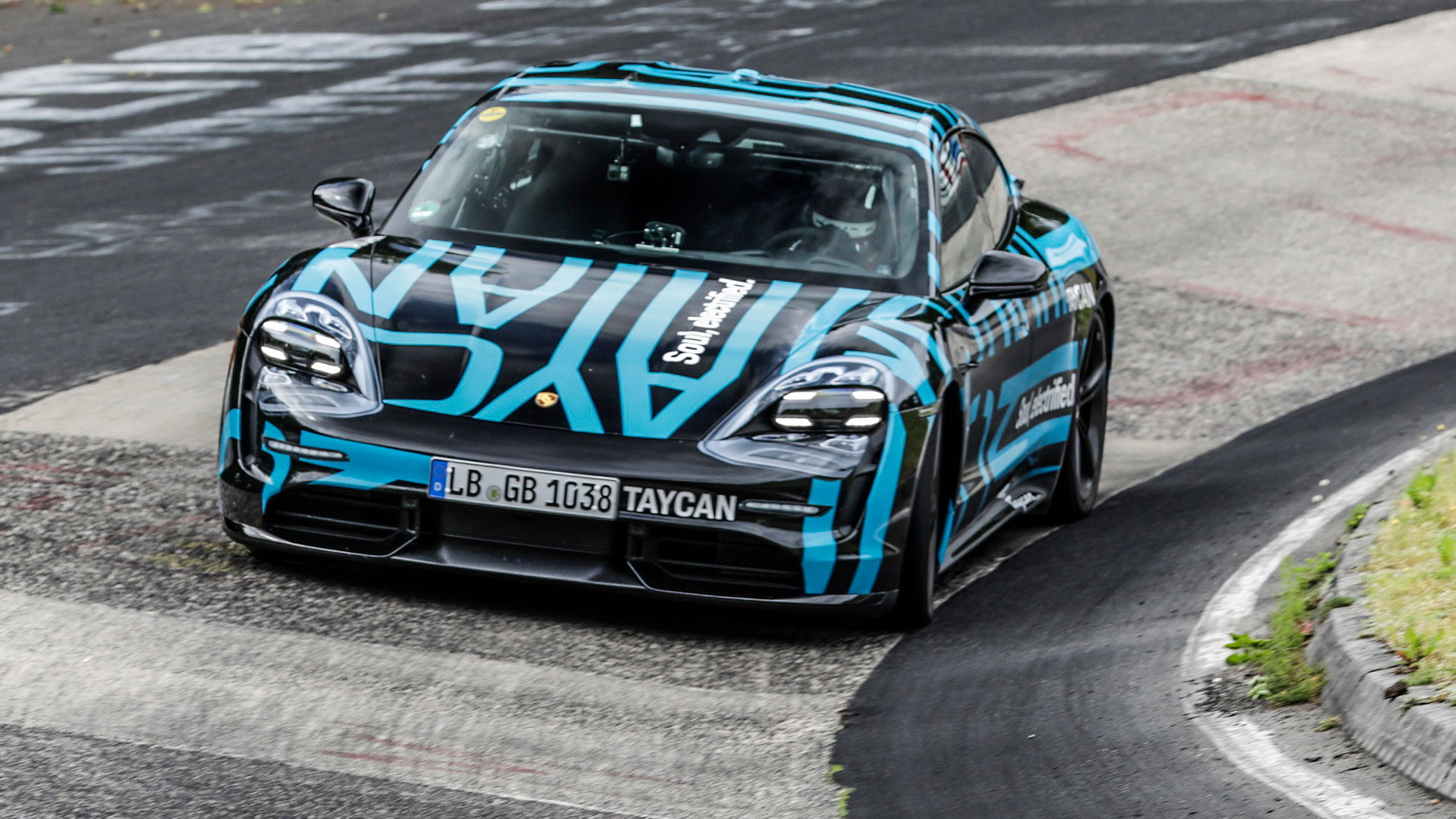 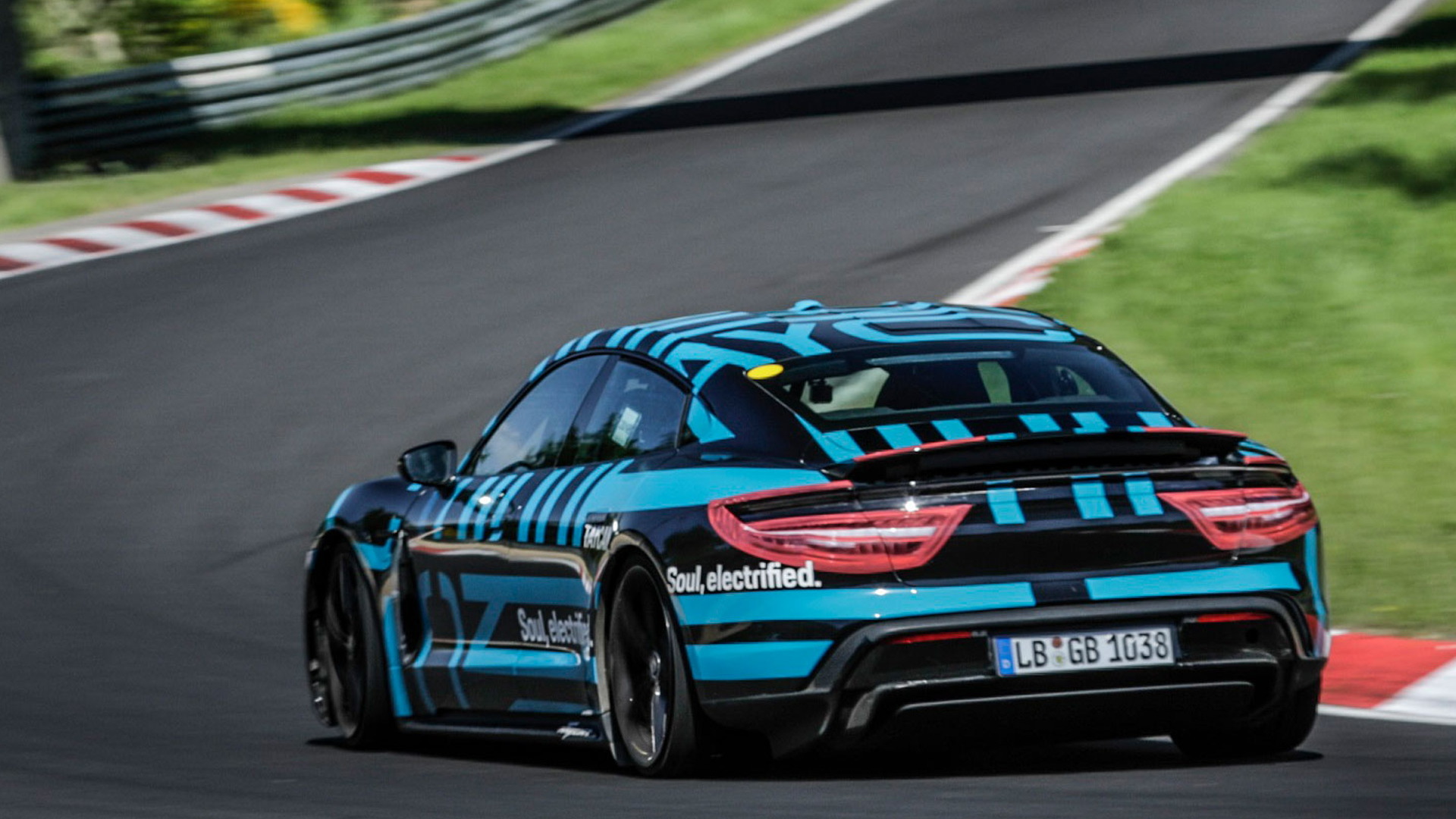 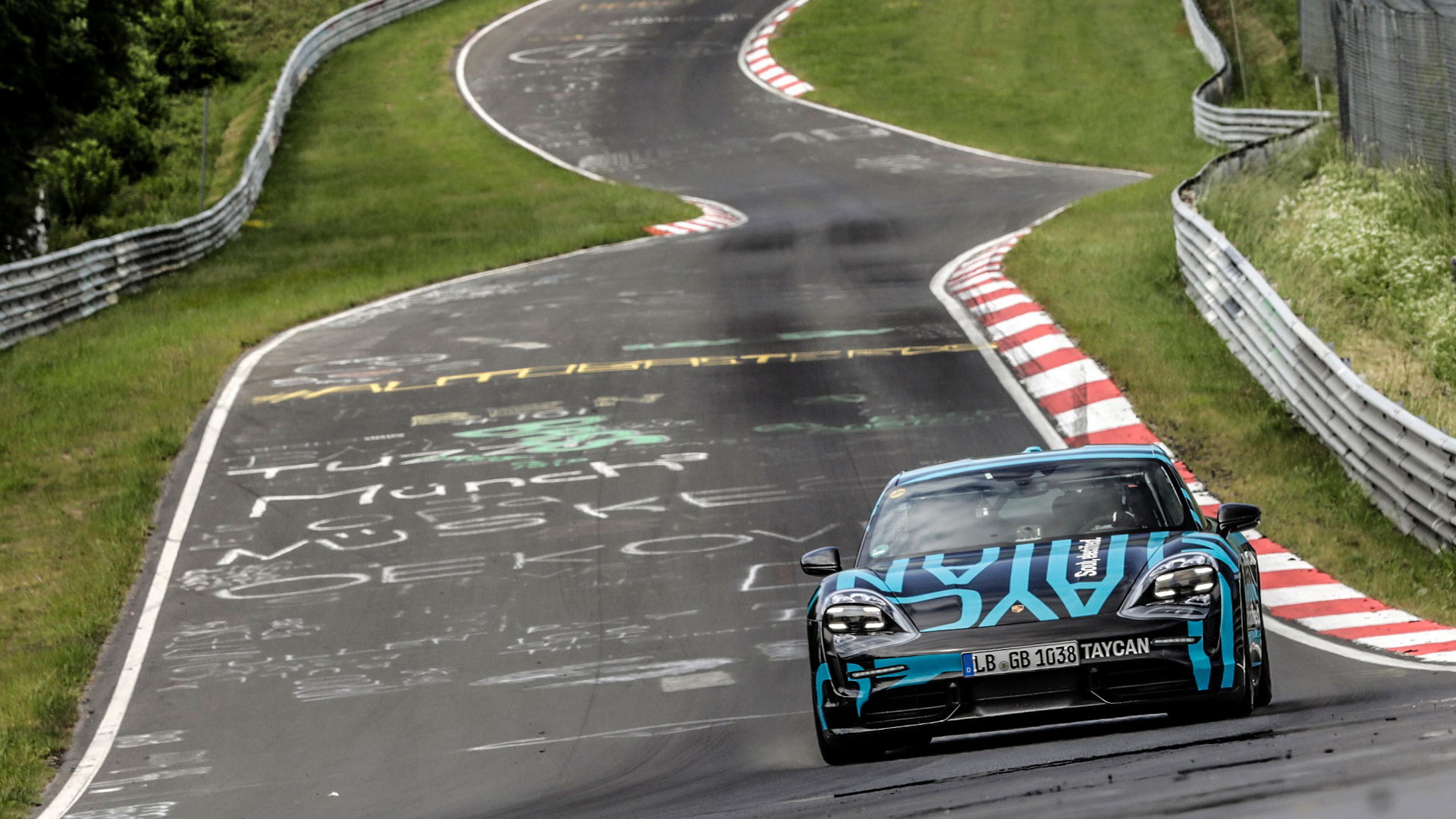 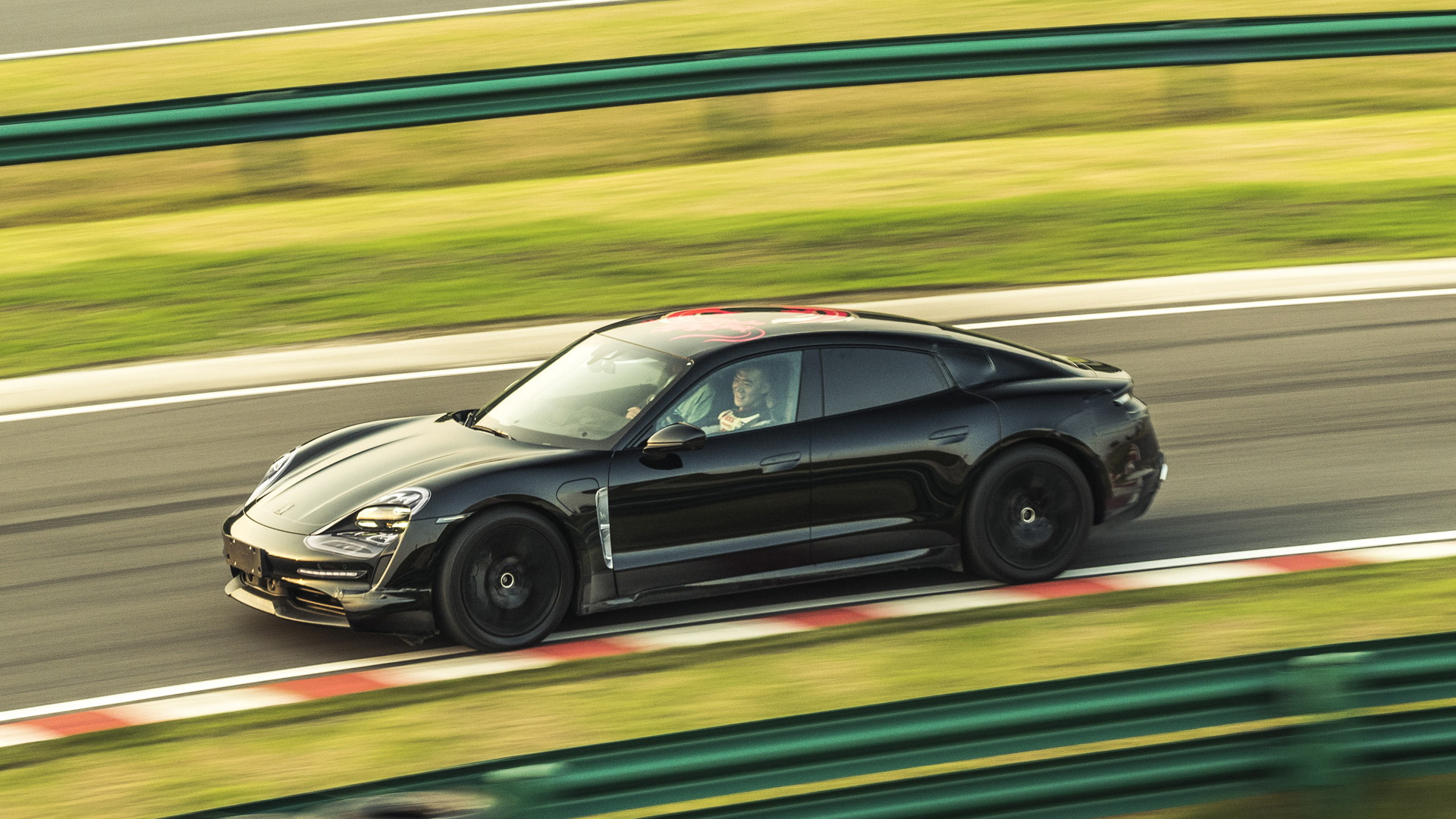 Porsche’s Taycan electric sedan hasn’t even been shown in production form yet and already it’s collecting records. Porsche announced on Monday that the Taycan has set a new lap record for a four-door electric sedan at Germany’s famed Nurburgring.

According to Porsche, the Taycan—which will be unveiled to the public on Sept. 4—whispered around the Green Hell in 7 minutes and 42 seconds, making it the fastest production electric car to ever lap the German circuit. The record-setting lap was set at the hands of Porsche test driver Lars Kern.

“The Taycan is also suitable for racetracks and it convincingly proved that here on the world’s most challenging circuit,” Kern said after his record-setting run. “Again and again, I am impressed at how stable the all-electric sports car handles in high-speed sections, such as Kesselchen, and how neutrally it accelerates from tight sections, such as Adenauer Forst.”

Porsche Taycan at tests at the Nurburgring

Although the Taycan is now a Nurburgring lap-record holder, it’s not as if the bar was set particularly high. Few production electric sedans have been sent around the Nurburgring in earnest, with the next fastest road-legal electric sedan being a Tesla Model S that was driven to a lap time of 8 minutes and 50 seconds by an amateur driver.

In case you’re curious, the fastest electric car to ever lap the Nurburgring is the Volkswagen ID R. The electric racer, which also holds the Pikes Peak record, lapped the 'Ring in just 6 minutes and 5.33 seconds to beat the time of the previous electric record holder, the track-only Nio EP9, which had posted a 6:45.9 lap. Porsche currently holds the overall lap record with a modified version of the 919 Hybrid race car blitzing the track in a jaw-dropping time of 5:19.55.