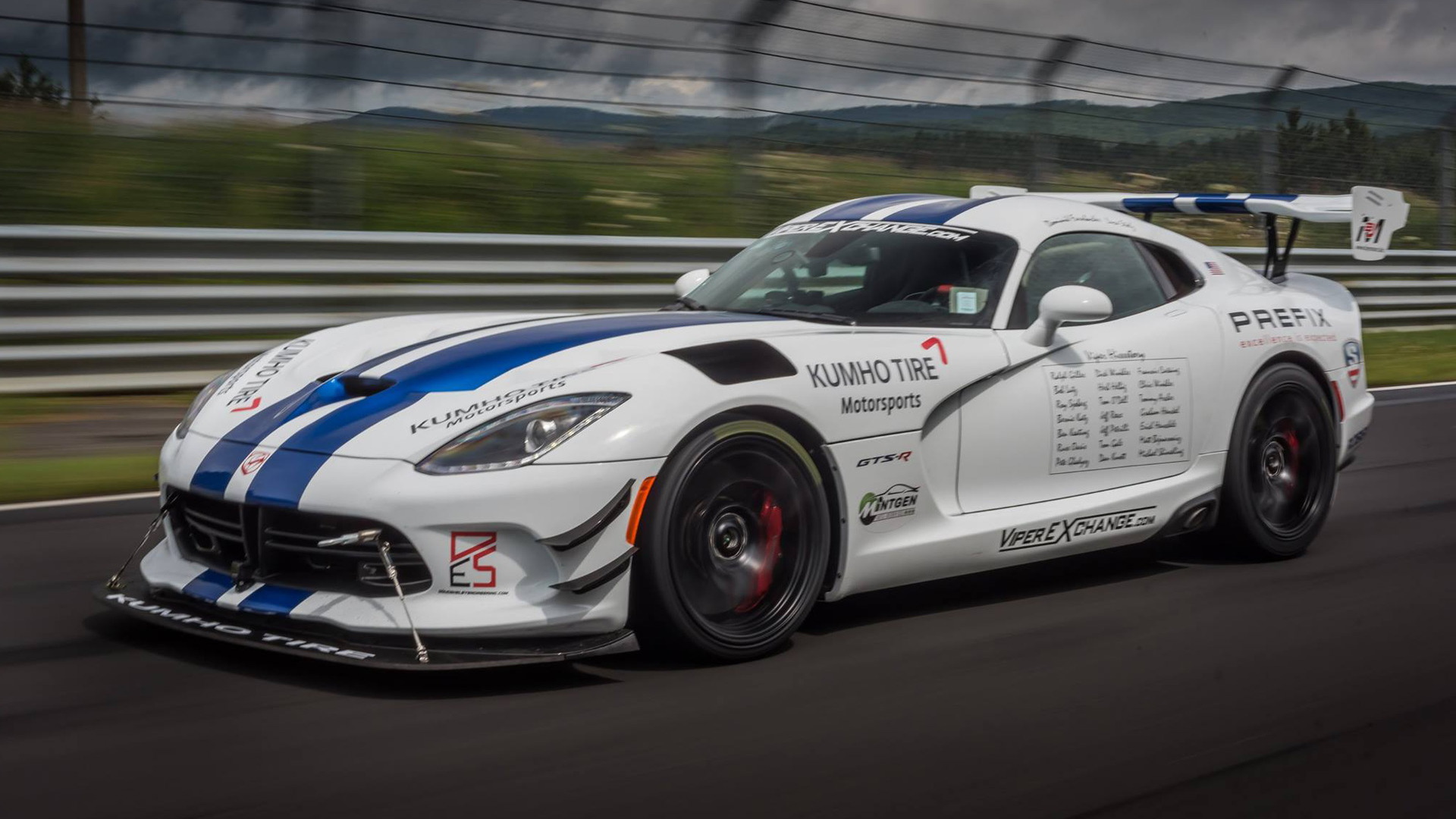 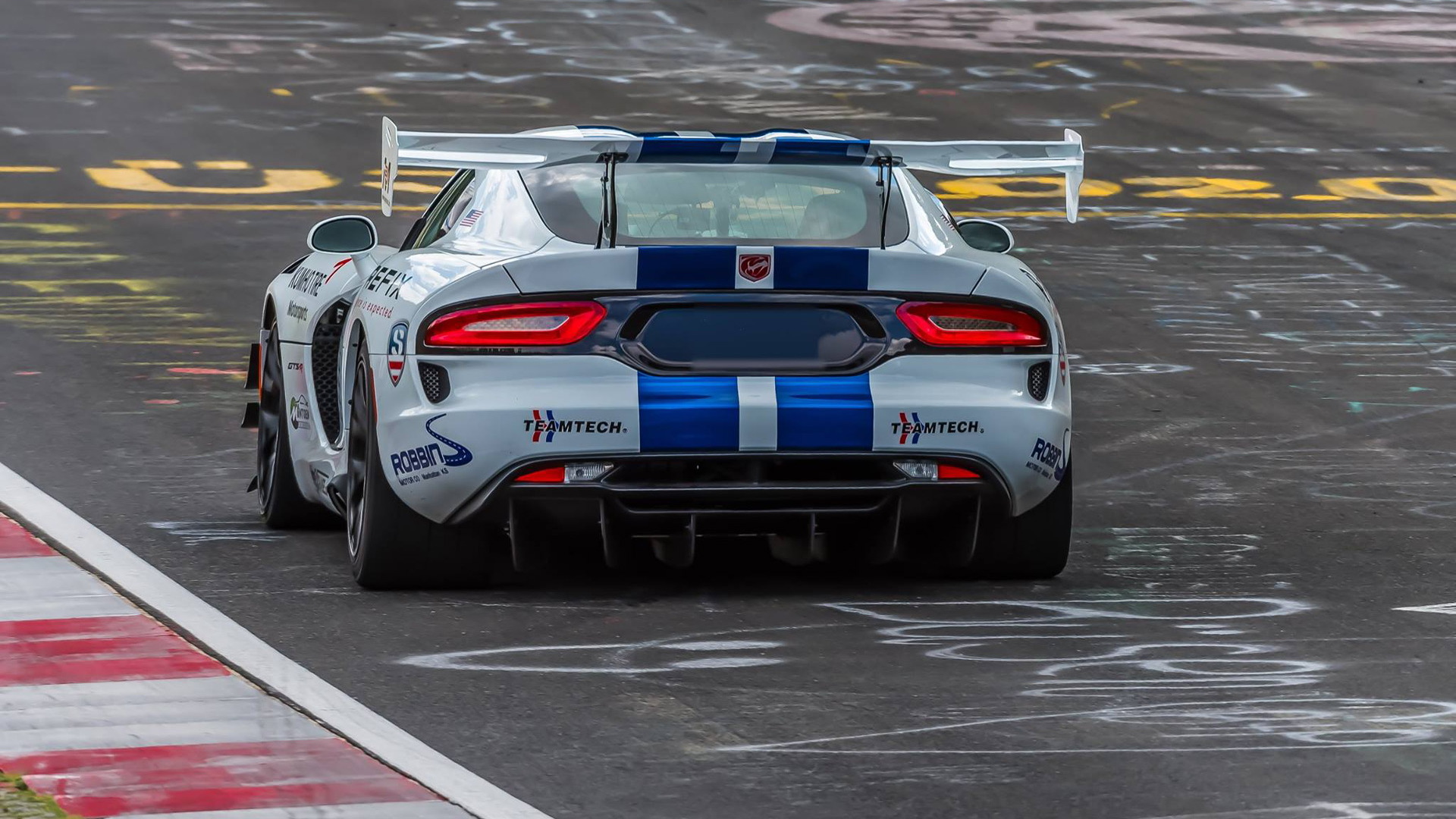 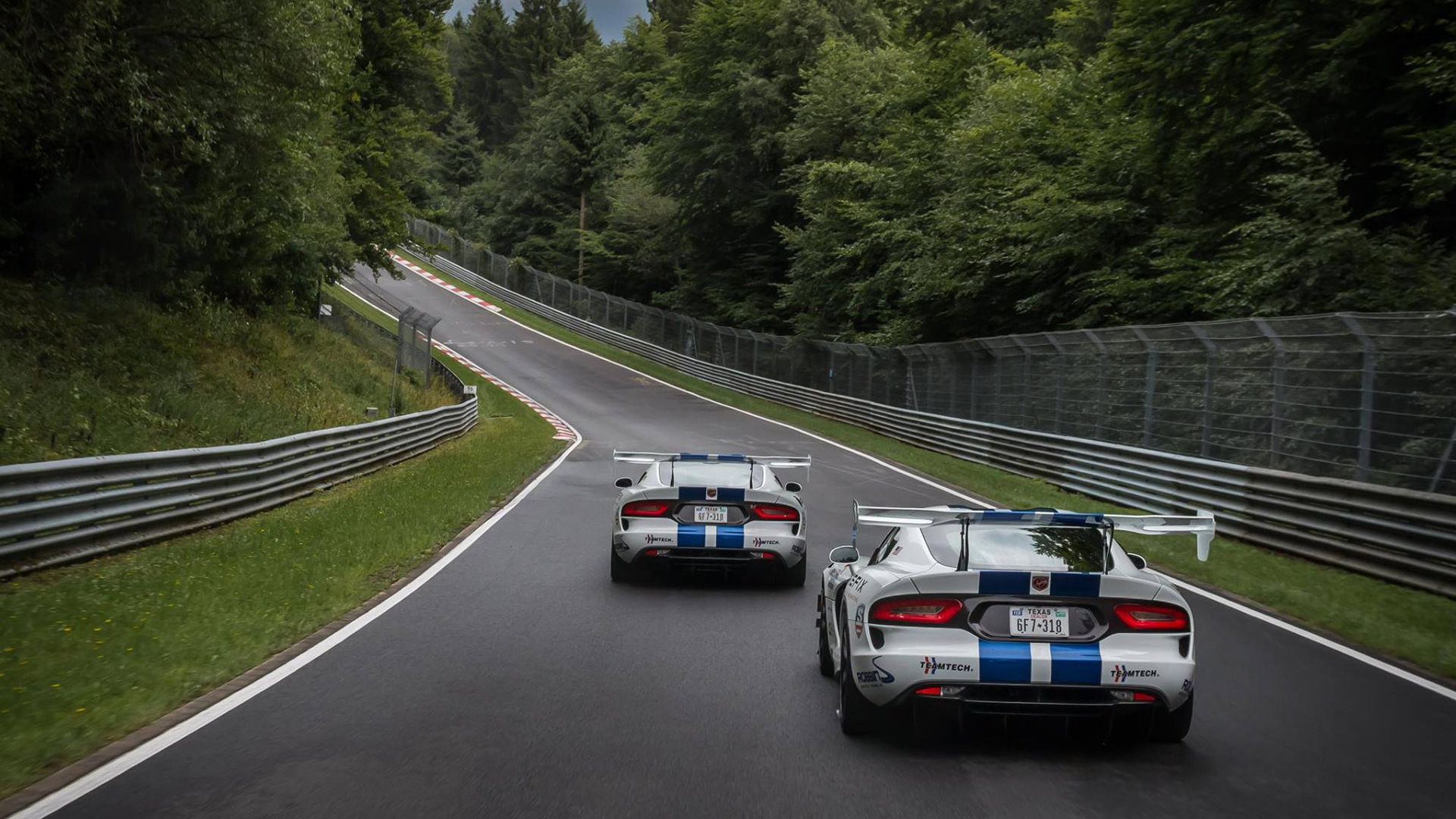 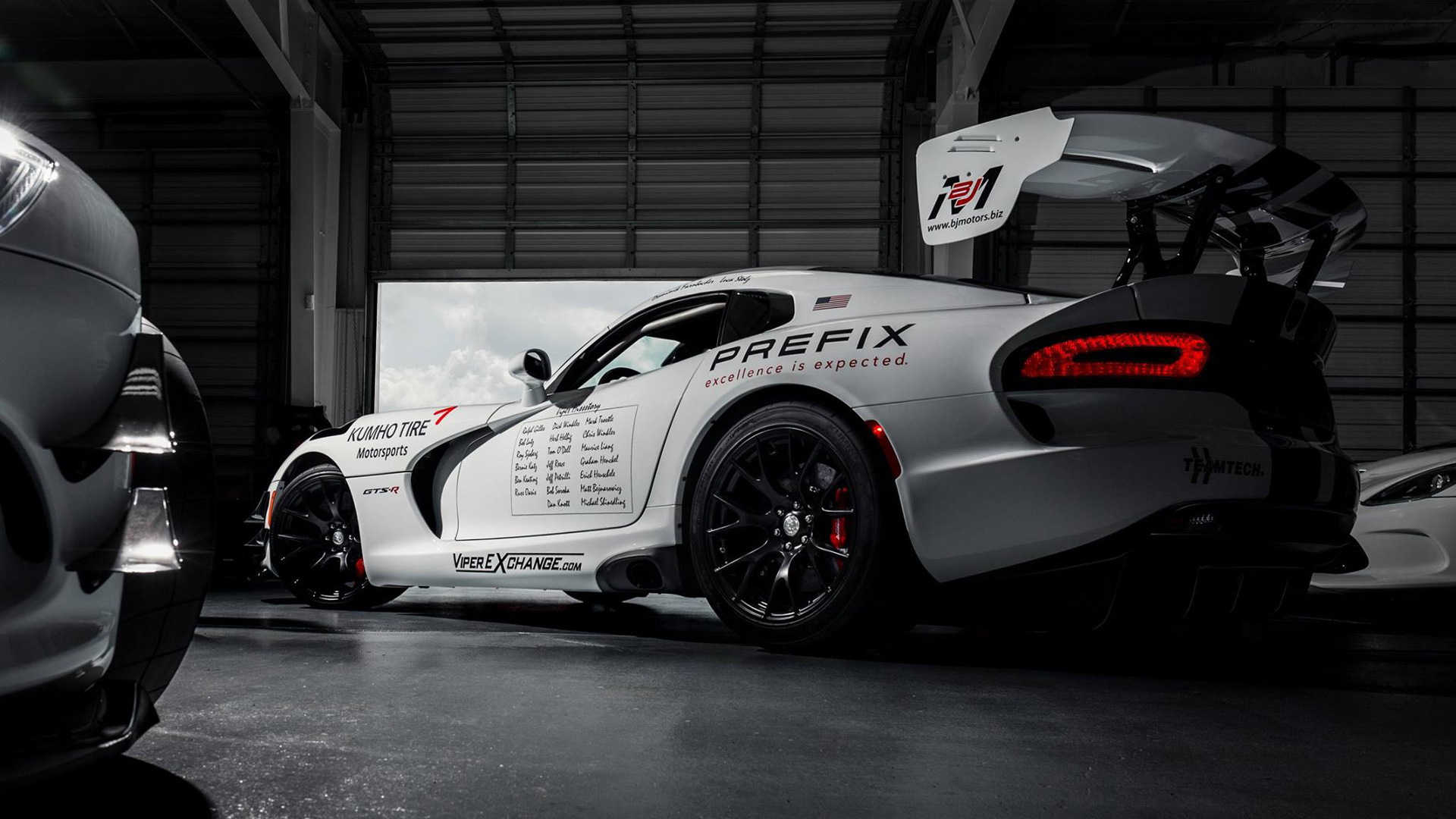 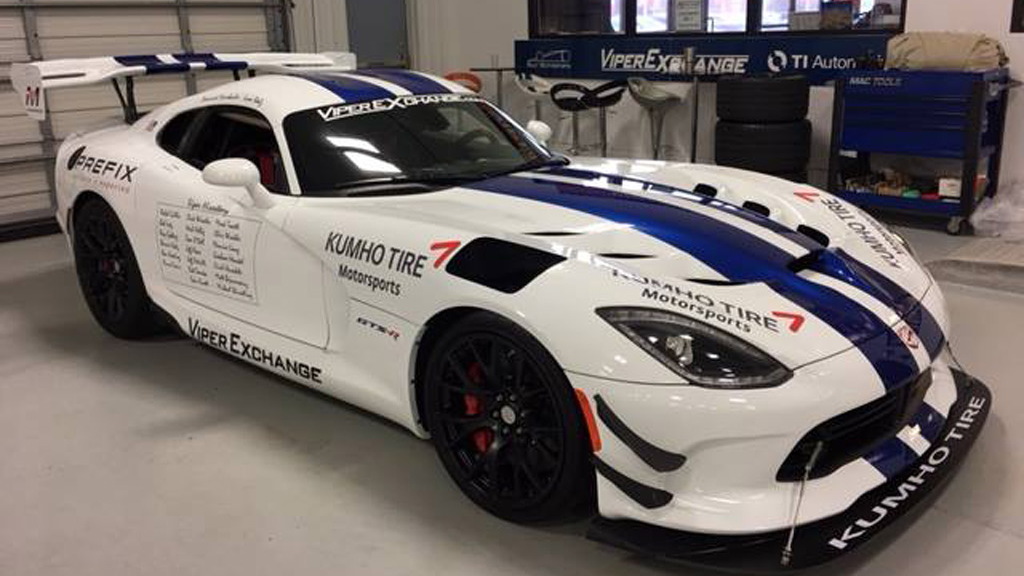 What a way to go out.

The Dodge Viper, which bowed out of production last month, this time for good, has clocked the fastest time for a rear-wheel-drive production car at the Nürburgring.

On September 1, German racing driver Lance Arnold drove a 2017 Dodge Viper ACR, an uber-rare Viper GTS-R Commemorative Edition ACR to be exact, around the punishing racetrack in a time of 7:01.3.

But this was only Arnold’s first lap of the day, and he was confident a faster time could be clocked. Unfortunately, on his next lap, the car’s left front tire had a sidewall failure at close to 160 mph. 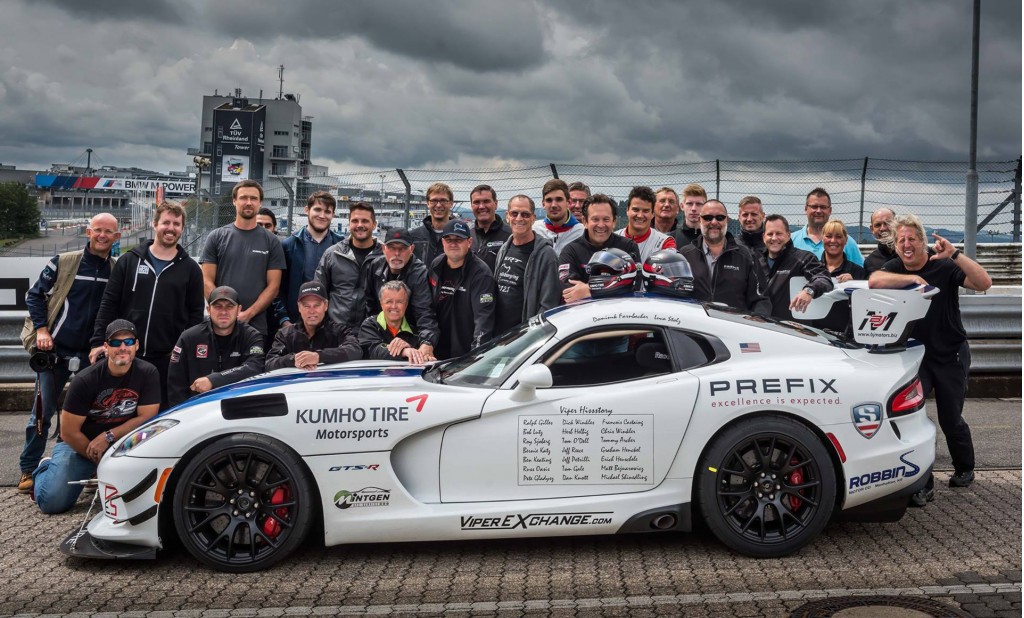 Despite Arnold’s best attempts to save it, the car came into contact with a guardrail. Because of the high speed it was traveling it, the car bounced across the track and into the opposite guardrail, setting off the airbags in the process. Fortunately, Arnold was unharmed.

The attempt was a grassroots effort to set a Nürburgring lap time for the current-generation Viper since Dodge had no interest in doing so itself. It was made possible by 378 fans who provided the funds, along with some generous partners that included The Viper Exchange dealership in Tomball, Texas. The Viper Exchange provided the two Vipers used in the attempt. Meanwhile, the tires, a set of Kumho Ecsta V720s, were supplied by the manufacturer.

Sadly, the second car bowed out earlier on the day. First, it suffered a similar tire failure at high speed, though its driver managed to keep it on track. Later, the differential was fried due to leaking fluid, this time due to human error. It seems one of the garage crew failed to tighten the drain plug properly.

Nevertheless, all involved, including those that developed the Viper, have a lot to be proud of. The next fastest rear-wheel-drive production car is the Mercedes-AMG GT R which ran a 7:10.92 in 2016. The fastest production car, meanwhile, is the all-wheel-drive Lamborghini Huracán Performante which clocked a time of 6:52.01 in 2016.