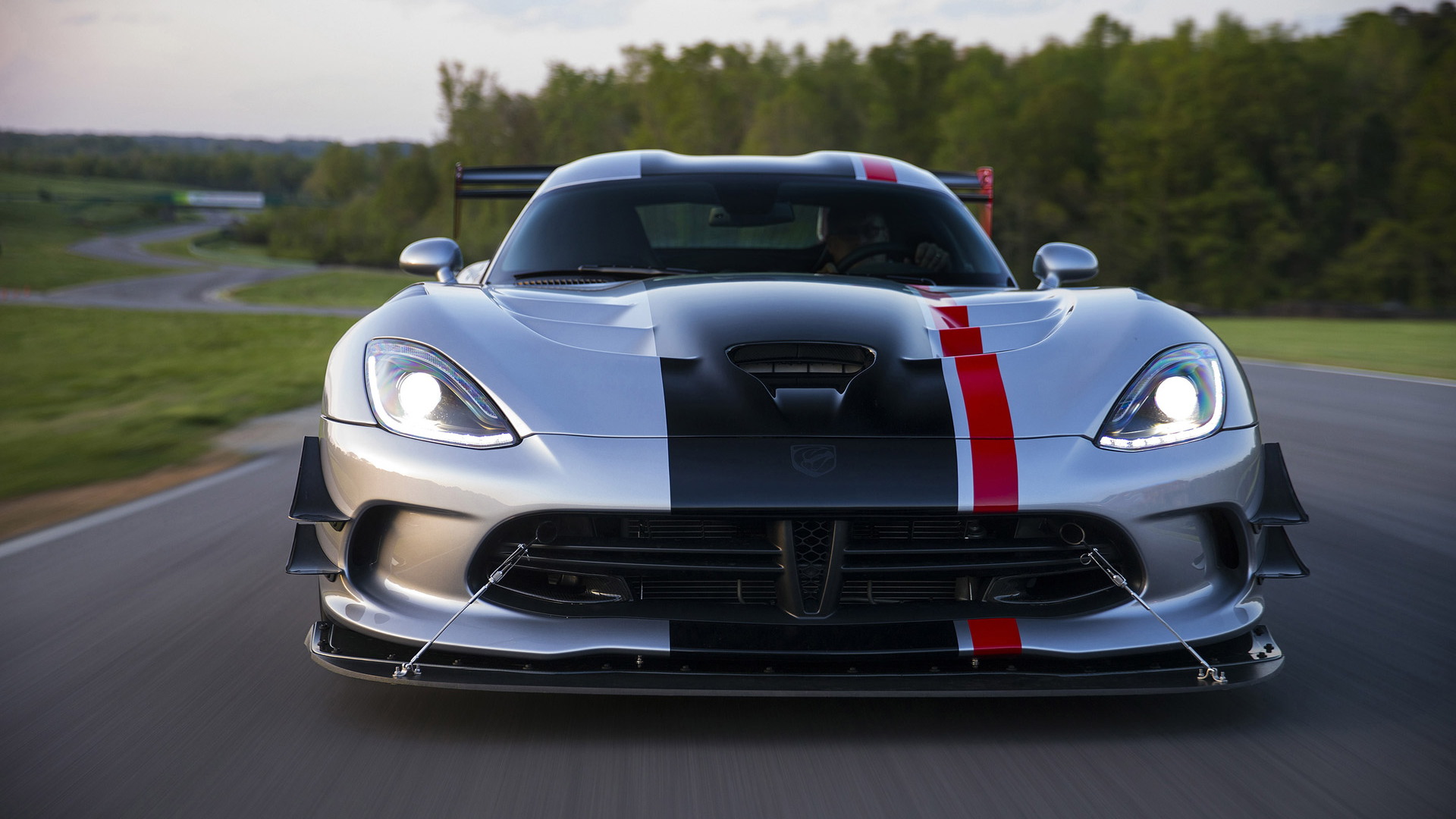 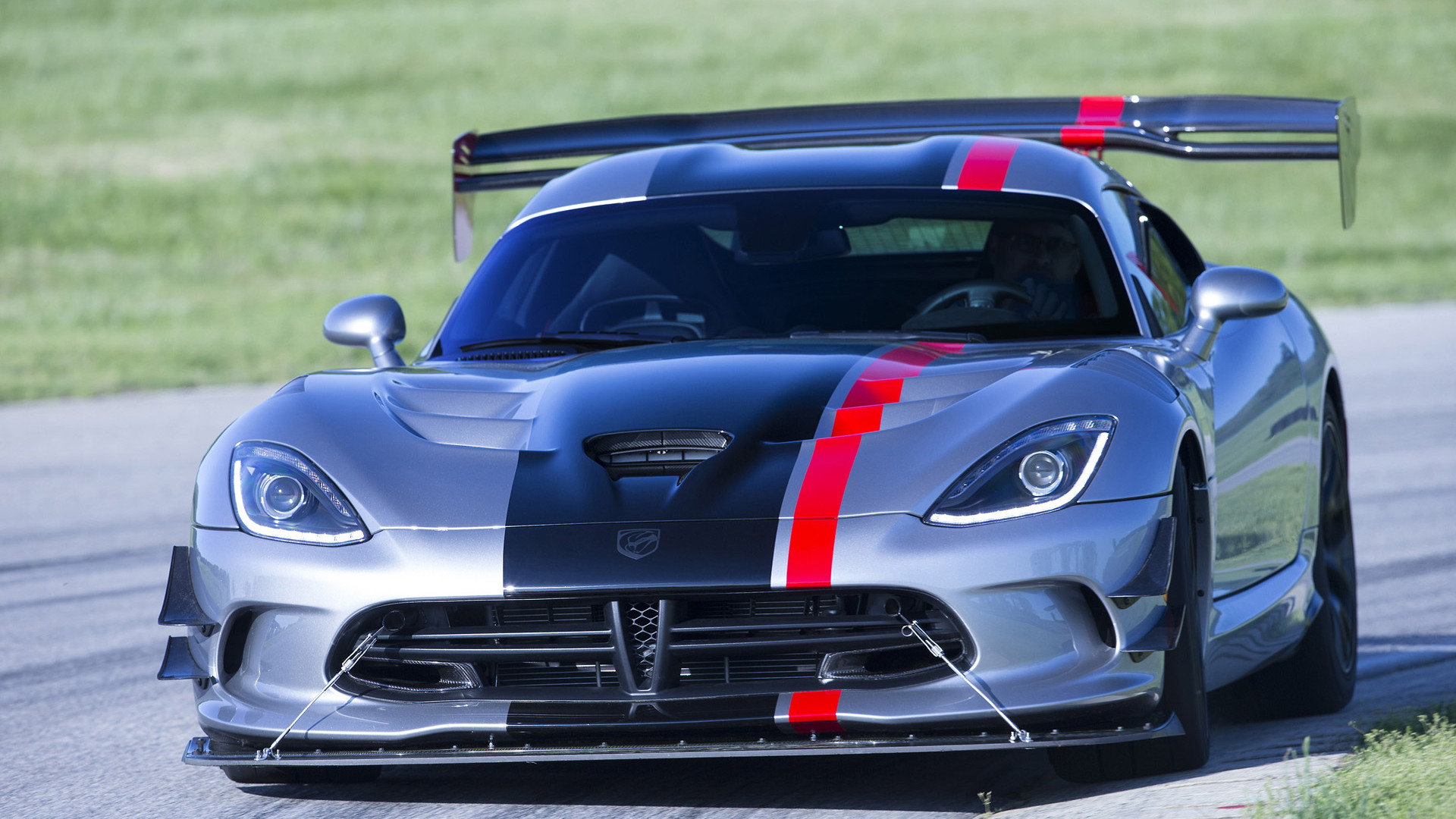 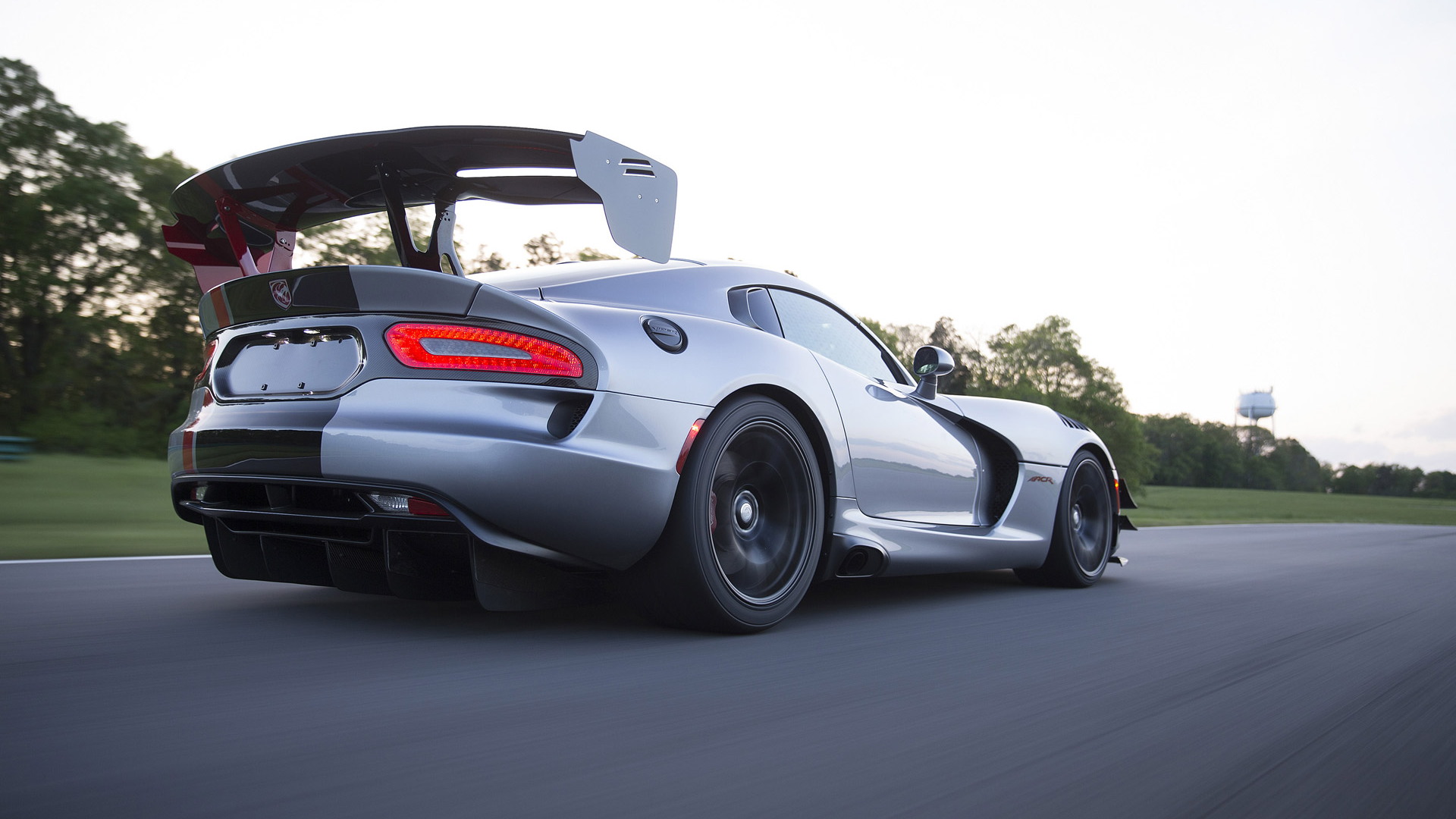 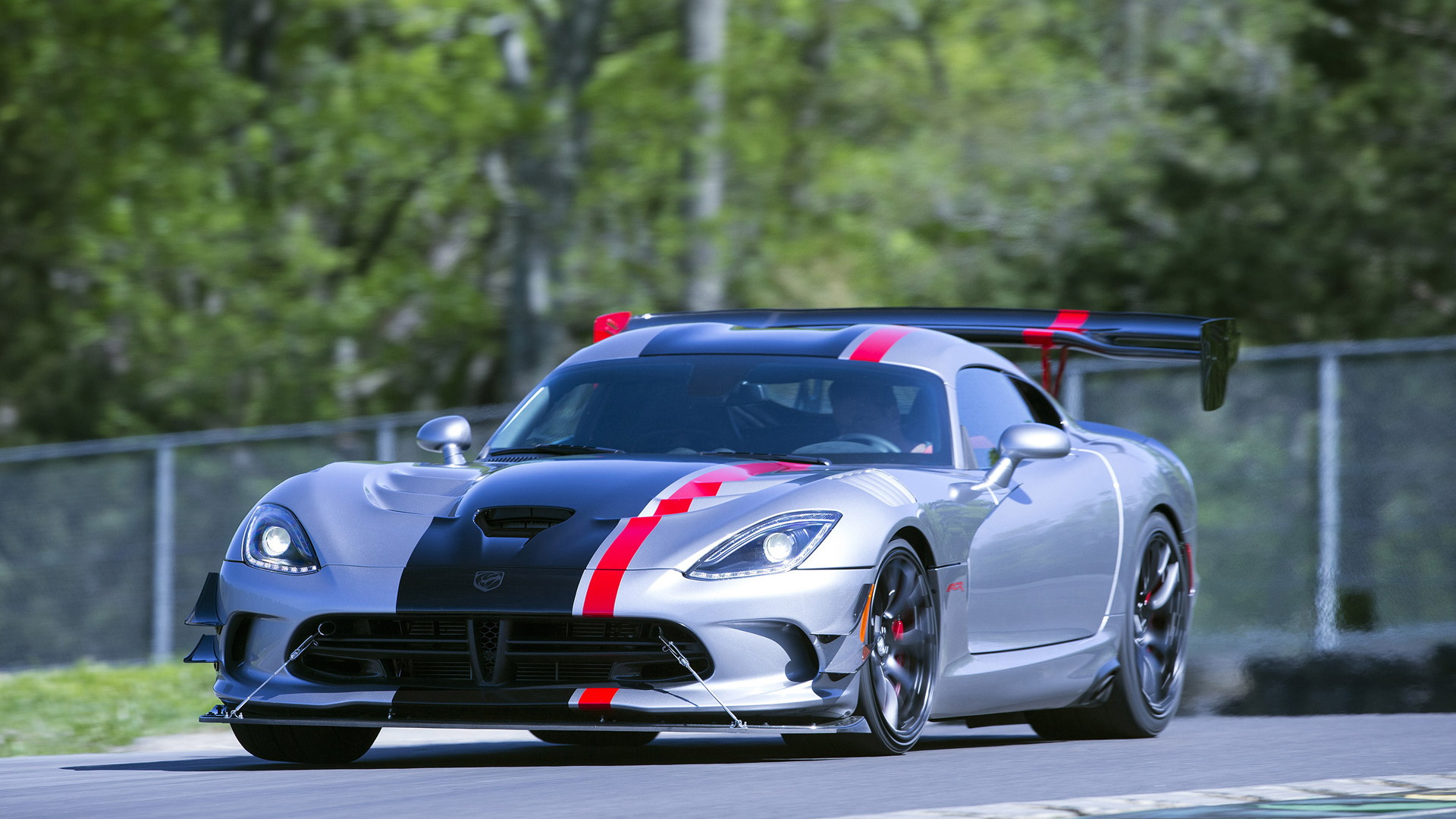 The Dodge Viper American Club Racer has become the stuff of legend. The track-focused but street-legal machine was first launched in 1999 and by its second generation had already smashed the Nürburgring lap record for a production car with a time of 7:12.13, a feat surpassed only by the all-wheel-drive Nissan GT-R NISMO and Porsche 918 Spyder models.

Now we have a new Viper ACR to lust over, which Dodge is introducing for the 2016 model year, and you can bet it will be putting down even better numbers than its predecessor. In fact, Dodge CEO Tim Kuniskis calls it the “fastest street-legal Viper track car” the automaker has ever produced.

There’s no extra power on offer, which means the car’s 8.4-liter V-10 churns out the same 645 horsepower and 600 pound-feet of torque as the other Viper models, with drive sent rearward via a six-speed manual gearbox. Instead, the engineers focused on honing the aerodynamics, brakes and tires—a recipe designed to carry on the Viper ACR’s lap-time busting reputation that's made it a legend on race tracks all around the world.

Using knowledge gained in racing the Viper GTS-R in events like the American Le Mans Series and United SportsCar Championship, Dodge’s engineering team developed an aero package for the Viper ACR that produces nearly a ton of downforce at 177 mph, or around three times the downforce of the Viper TA 2.0 package. The package includes an adjustable rear wing, a rear diffuser, a new hood, front splitter and dive planes. Many of the elements are made from carbon fiber to keep weight down.

Being a track machine, the suspension also received a thorough work out. Aluminum bodied, double-adjustable (for rebound and compression) coil-over Bilstein race shocks are designed specifically for the Viper ACR and work in conjunction with a lower ride height (with 3.0 inches of adjustment) compared to the stock Viper. Spring rates are also up, coming in at 600 lbs/in at the front and at 1,300 lbs/in at the rear, which is more than double the suspension stiffness of the Viper TA model.

There’s also more negative camber and the electronic stability system, which can be completely switched off, tuned to take into account the extra grip available. Dodge says the car is capable of sustaining more than 1.5 g on high-speed turns due to the combined chassis and aerodynamic improvements. One final mechanical mod is the new, higher-flow exhaust tips. 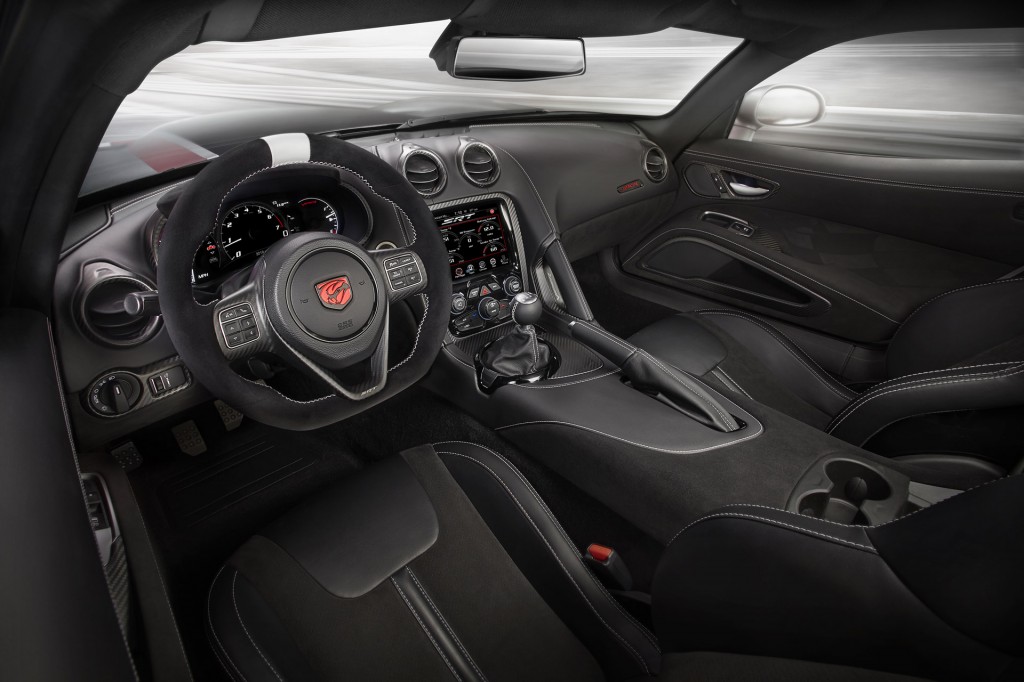 Beyond the mechanical mods, what else can Viper ACR buyers expect? Well, there is suede-like Alcantara lining the instrument cluster hood, lower instrument panel and door armrest panels, and there's also a custom steering wheel wrapped in more Alcantara and accented with a stripe. The seats are also unique to the ACR and carry Alcantara inserts, and buyers have the choice of silver or red accent stitching throughout the cabin. Finally, special badging also sets the ACR apart from other Viper models.

Production of the 2016 Dodge Viper ACR commences in the third quarter of the year, and buyers will be able to select the Viper’s ‘1 of 1’ personalization option where no two cars will be alike for any given model year. Key rivals include the Chevrolet Corvette Z06, Nissan GT-R NISMO and Porsche 911 GT3 RS.

Pricing will be announced closer to the sales launch this fall.