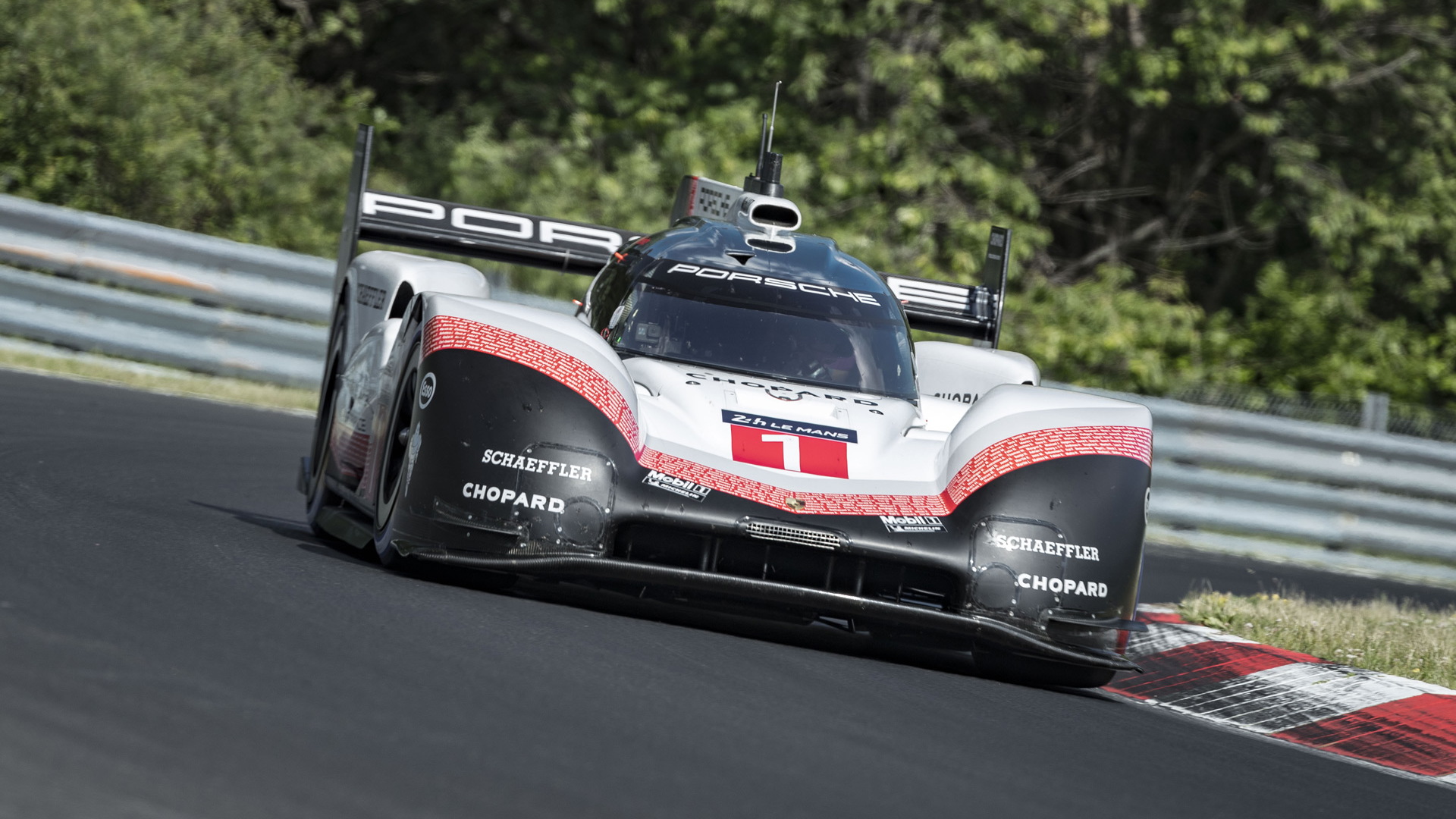 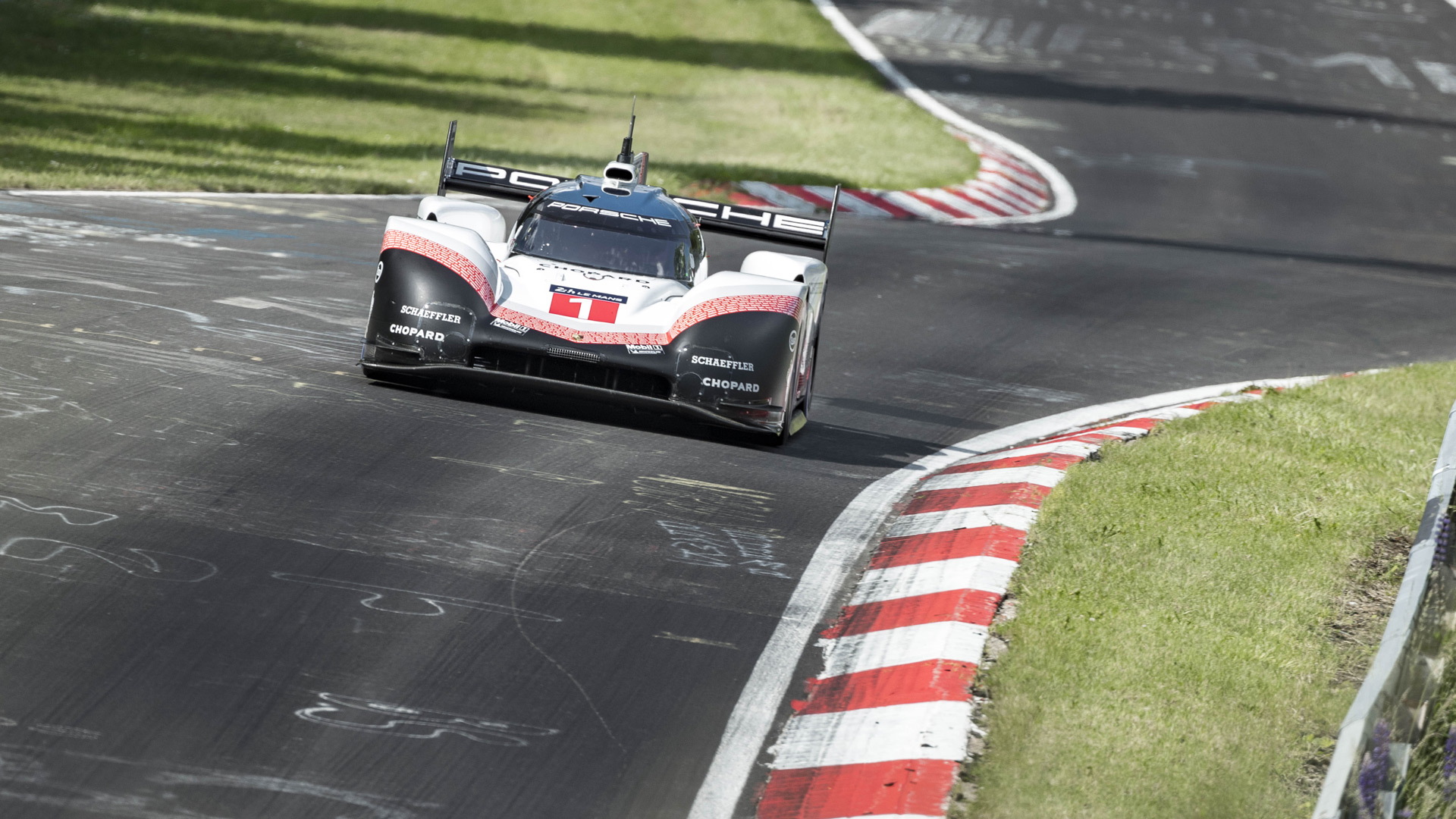 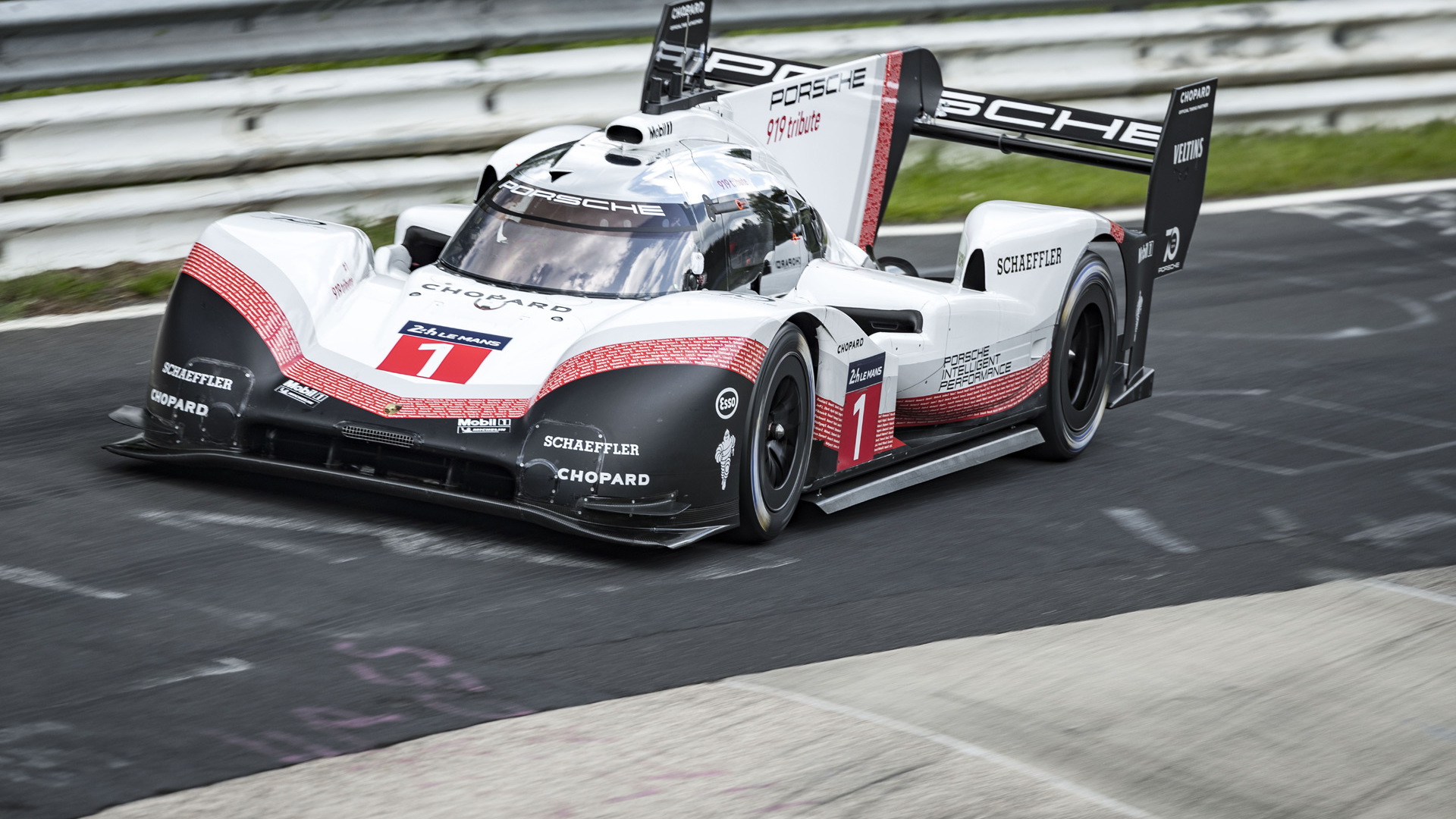 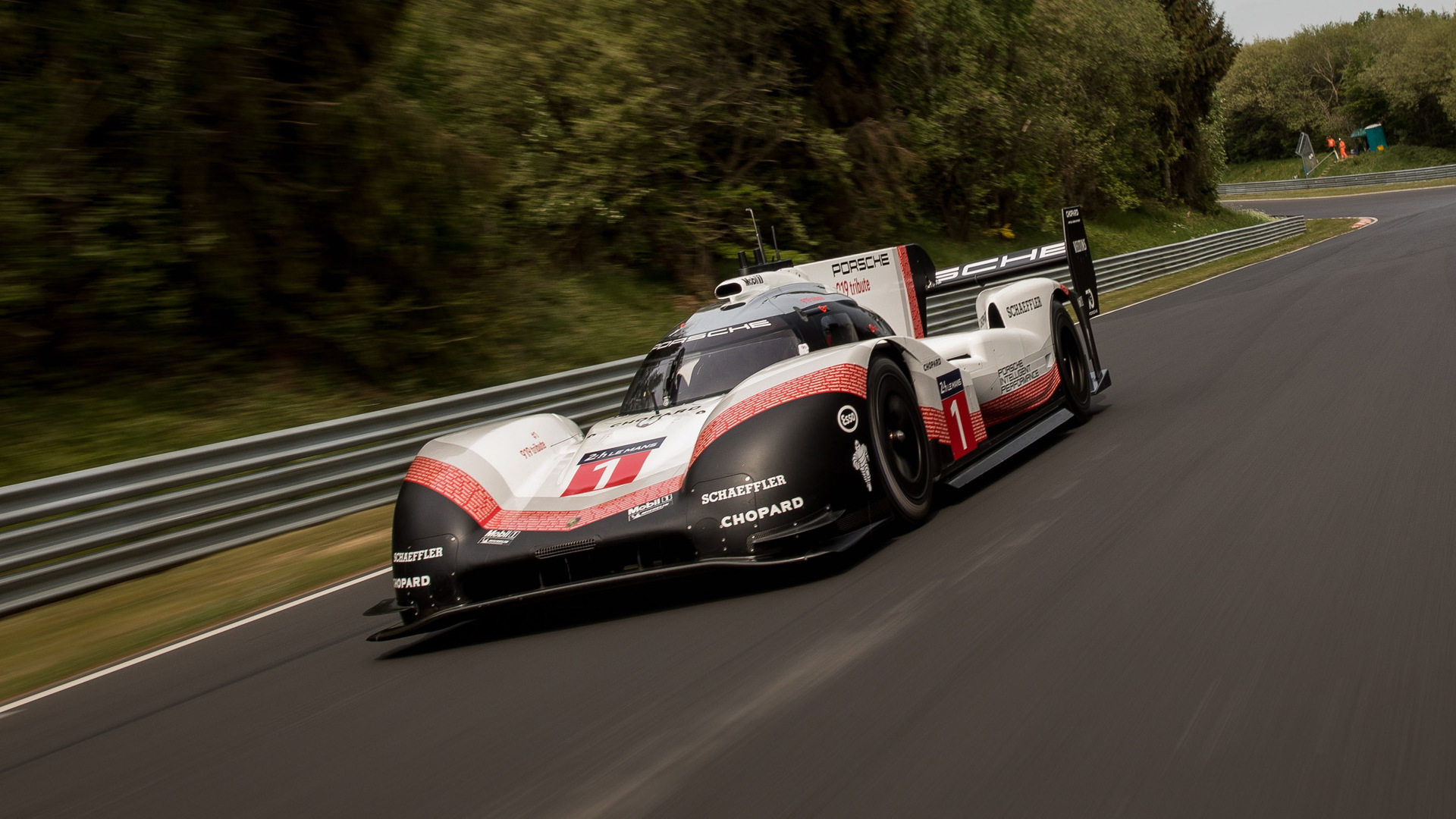 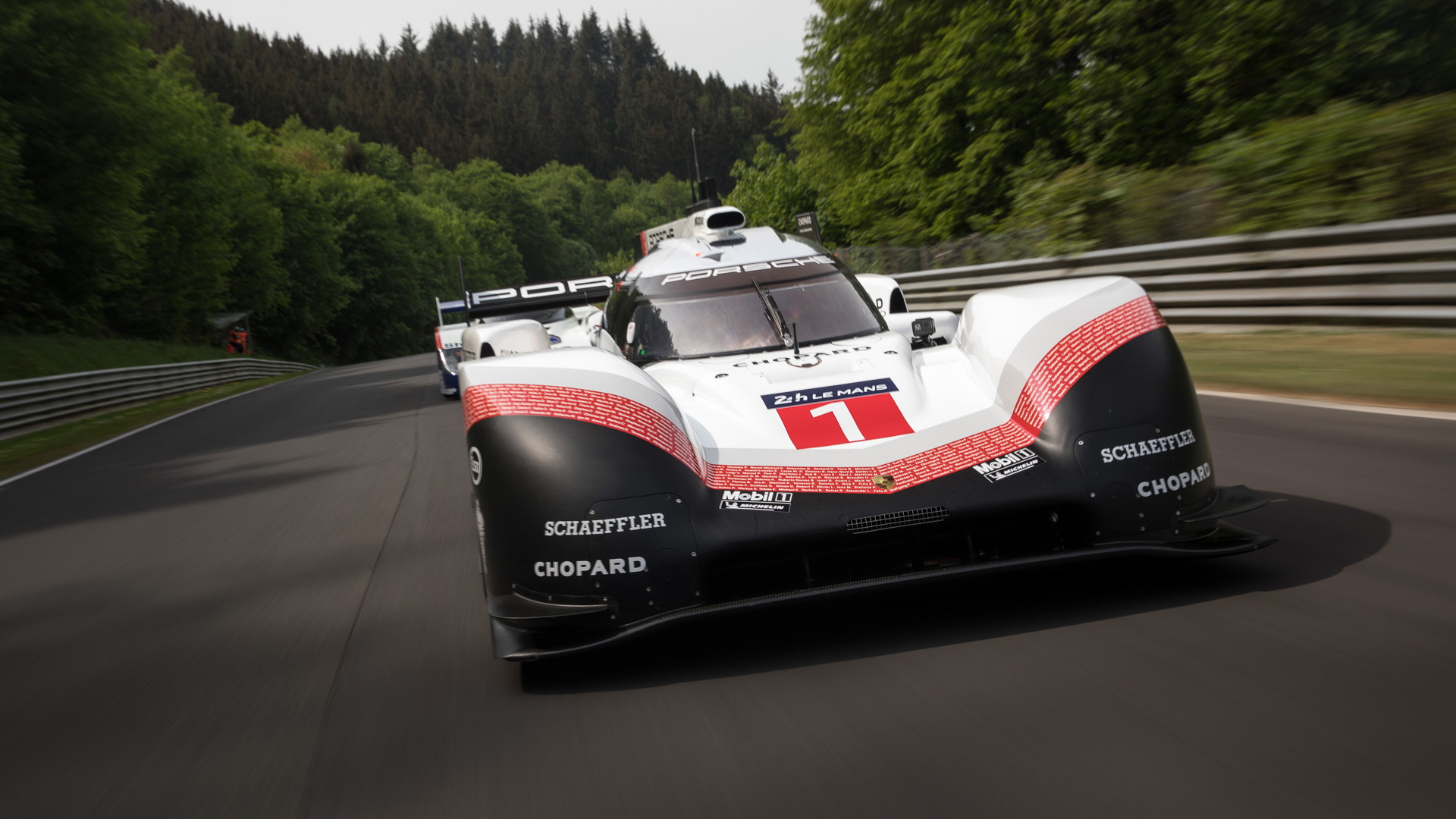 It's official. Porsche's 919 Evo with Timo Bernhard behind the wheel clocked an unbelievable 5:19.55 lap time at the Nürburgring on Friday, completely destroying the previous all-time record of 6:11.13 set by Stefan Bellof in a Porsche 956 C back in 1983. His average speed around the Green Hell was an insane 145.3 mph.

It means Porsche still holds both the all-time record for the 12.9-mile Nürburgring-Nordschleife as well as the production car record, the latter achieved last September by Lars Kern in a 2018 911 GT2 RS.

The 919 Evo is neither a production car nor a race car. It is simply a time-attack beast based on the hugely successful 919 Hybrid LMP1 prototype racer that competed the past few years in the World Endurance Championship, having benefited from the removal of all limits imposed via racing regulations.

Hampered by the regulations, the 919 Hybrid race car delivered performance similar to rival LMP1-spec cars despite being conceptually very different, particularly when it came to powertrain. As a consequence this never allowed the question: What would be the potential of the 919 Hybrid if unrestricted.

The 919 Evo has just provided the answer.

“Having developed, improved and raced the car for four years, the [919 Hybrid team] had a very close relationship to it,” Stephen Mitas, Porsche's chief race engineer for the LMP1 program, said in a statement. “We all knew, no matter how successful the 919 Hybrid was, it could never show its full abilities. Actually even the Evo version doesn’t fully exploit the technical potential. This time we were not limited by regulations but resources.”

So how does the 919 Evo differ from the race car? The powertrain, in this case a 2.0-liter turbocharged V-4 at the rear axle and an electric motor at the front, remains the same but is now free from fuel flow restrictions. Also equipped with new engine management software, the V-4 alone develops 720 horsepower instead of 500 in race-spec. The amount of energy from the car's two recovery systems (front brakes and exhaust) also runs at full potential now, allowing the engineers to dial up power from the front electric motor to 440 hp instead of 400 in race-spec.

New aerodynamics have been implemented, leading to a slight visual difference between the two versions. The new larger front diffuser now balances the new and very large rear wing, both of which have actively controlled drag reduction systems. The hydraulically operated systems trim the trailing edge of the front diffuser and open up the slot between the rear wing main plane and the flap, respectively, in order increase the aerodynamic efficiency.

Underneath, the turning vanes and floor have been optimized with fixed height side skirts to increase the aerodynamic performance. In total the aero modifications result in 53 percent more downforce and an increase in aero efficiency by 66 percent. The extra downforce, which is more than in F1, required required Michelin to come up with a new tire compound that could maintain performance with no compromise on safety.

Compared to the 919 Hybrid, the 919 Evo's dry weight was reduced by 86 pounds to 1,872 pounds. To achieve this, everything was removed that isn’t needed for a single fast lap: air-conditioning, windscreen wiper, several sensors, electronic devices from race control, lights systems and the pneumatic jack system. To help further expand the performance envelope, the 919 Evo gained a four-wheel brake-by-wire system to provide additional yaw control.

And finally, the power steering was adapted for the higher loads and stronger suspension wishbones (front and rear) were implemented.

Built as a tribute to the hugely successful race car, Porsche is using the 919 Evo to farewell the 919 Hybrid with a series of record attempts. Spa-Francorchamp's record was the first to fall, and now the 'Ring record has fallen too.