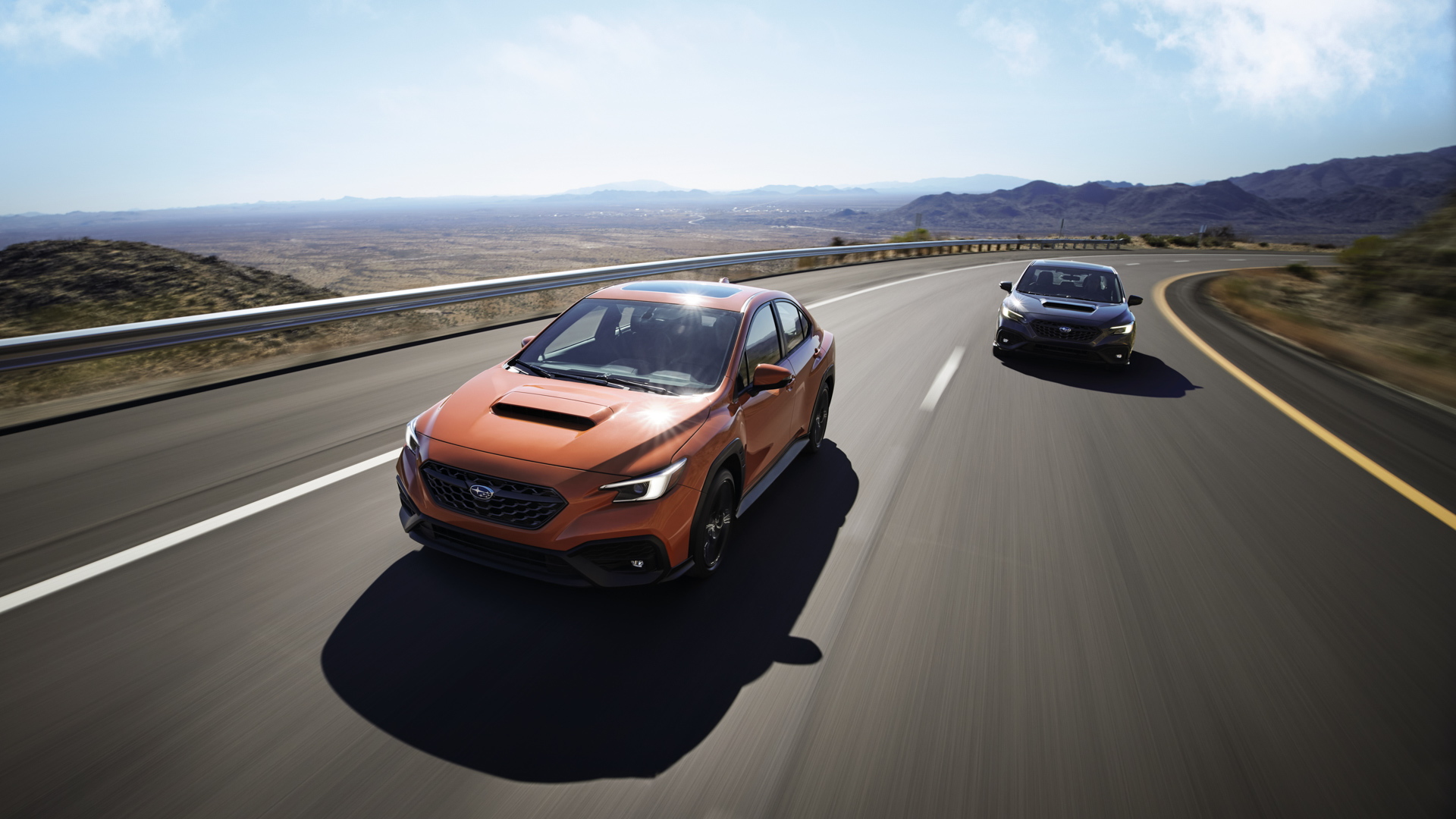 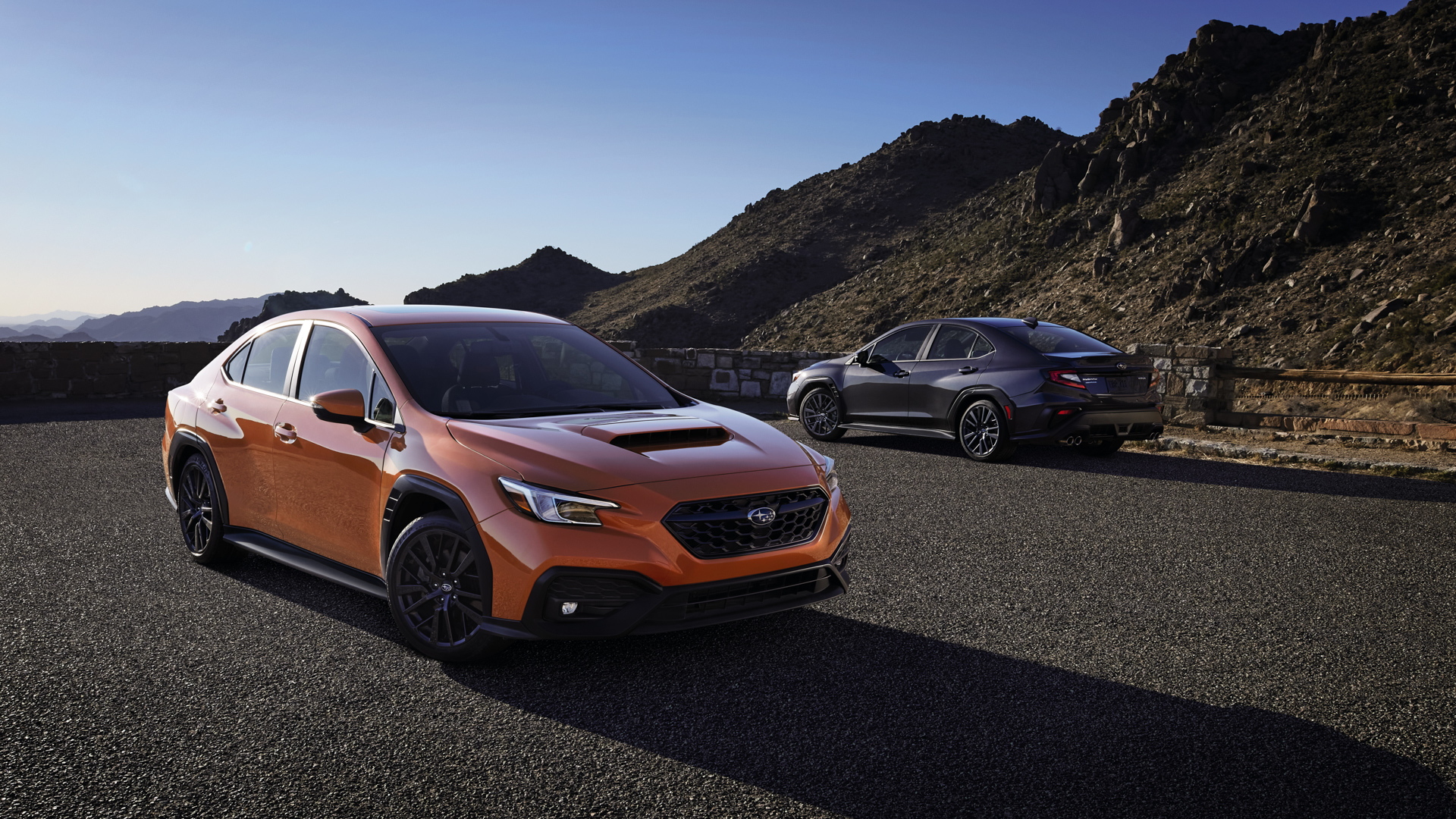 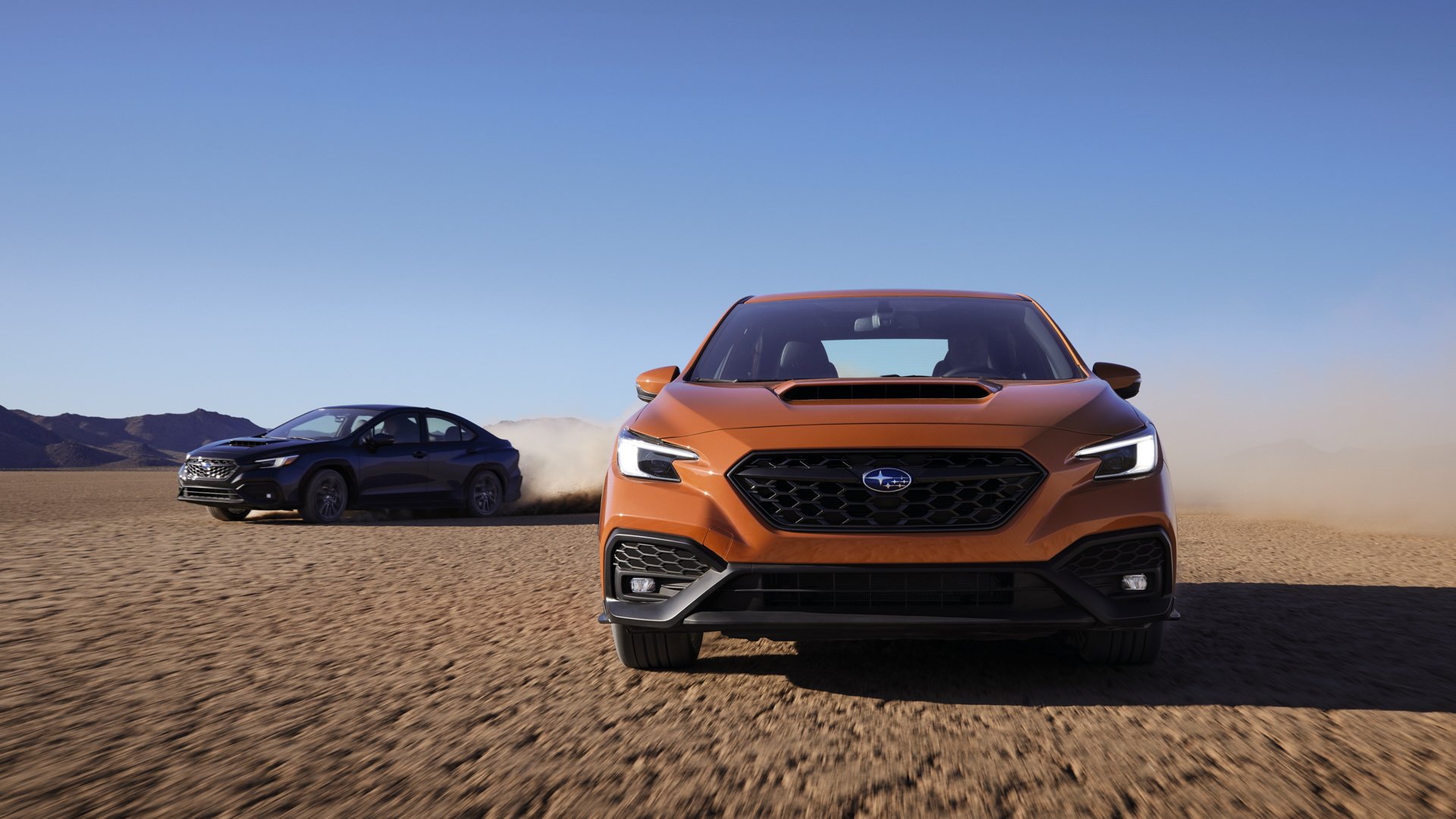 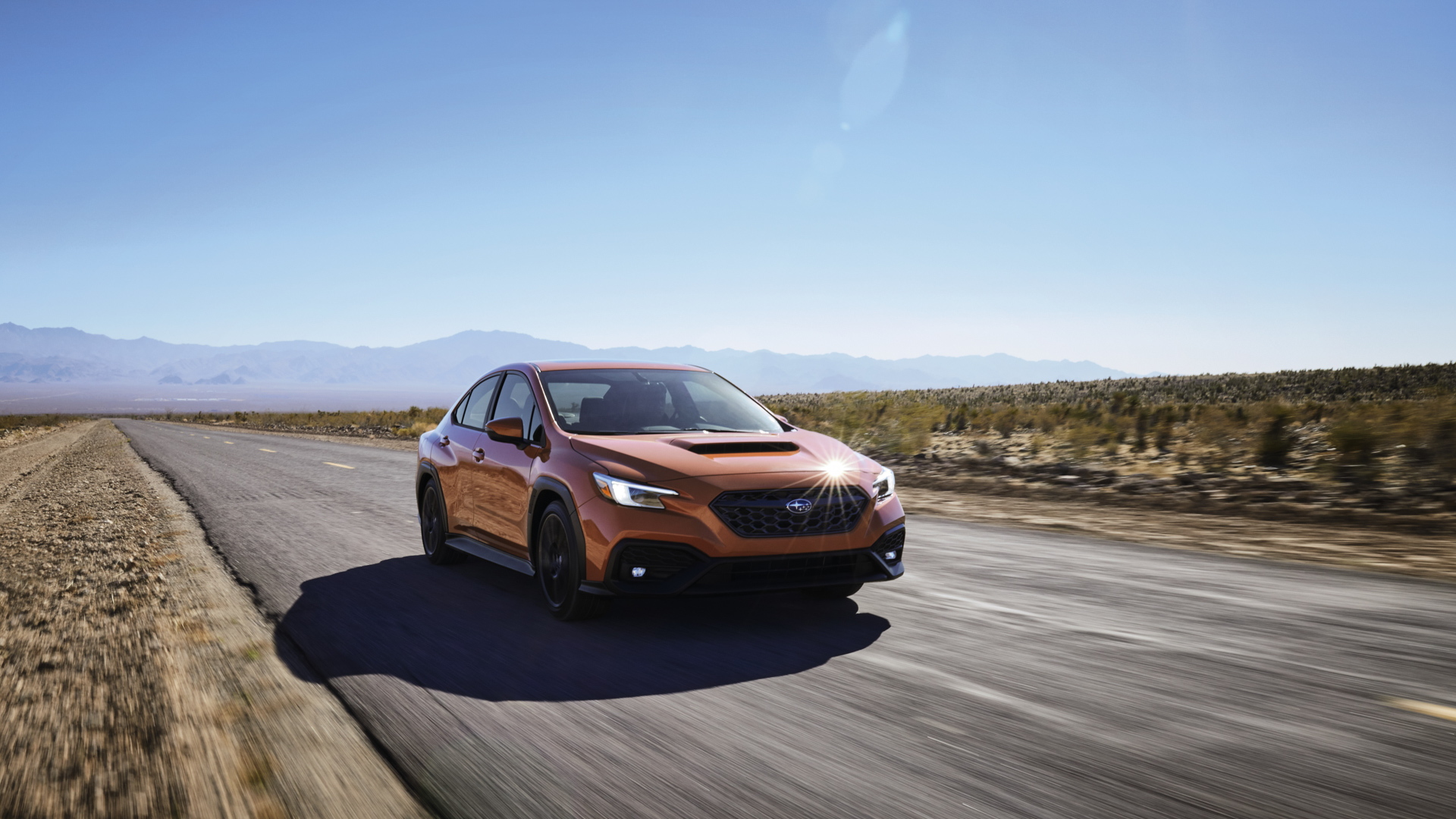 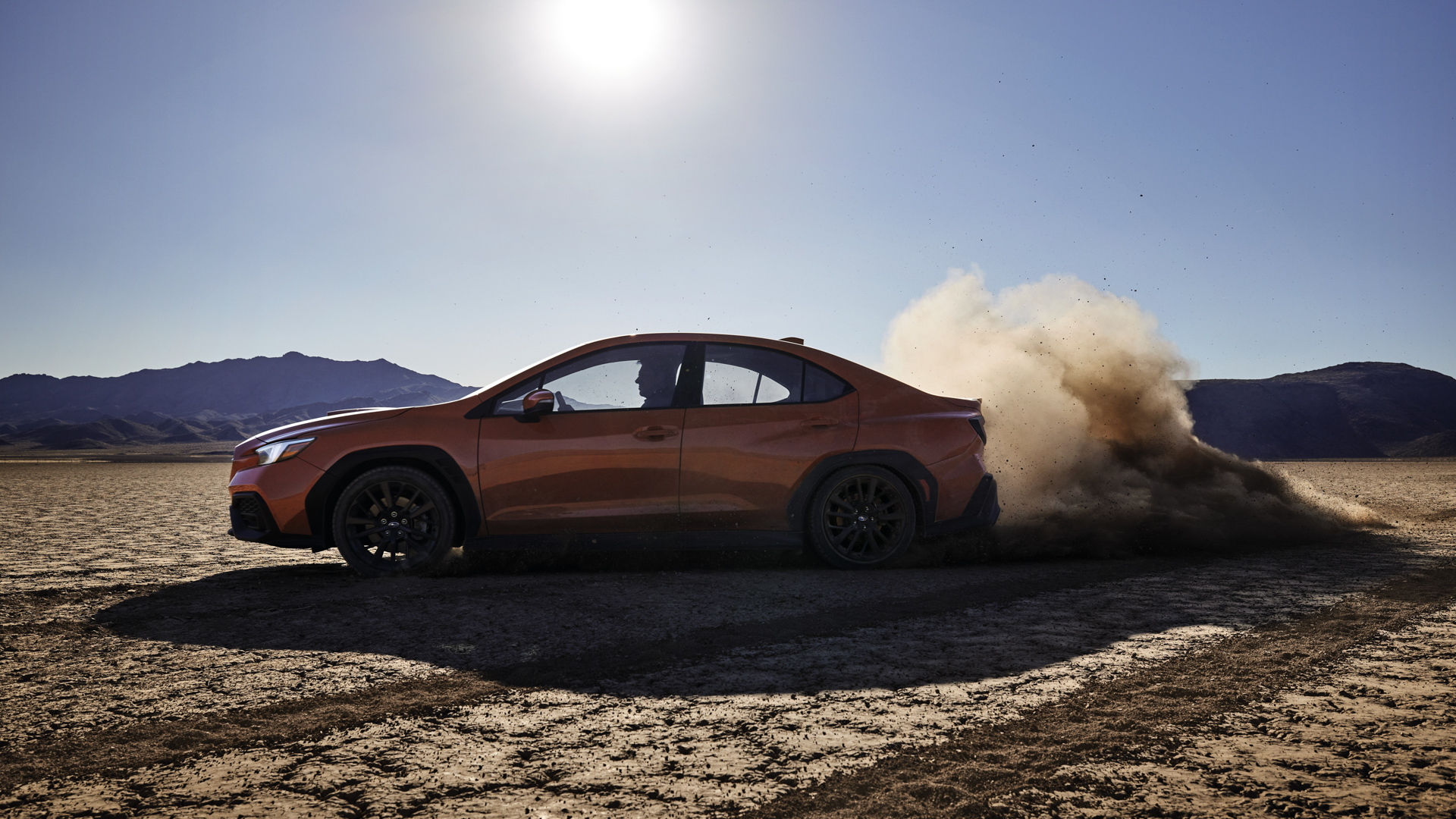 One of the few rally-inspired cars still on sale, the Subaru WRX retains a vice-like grip on the hearts of many enthusiasts and for 2022 the legend gets a comprehensive redesign that introduces some new variables to the sedan’s all-wheel drive and turbocharger combo.

The 2022 WRX ushers in the fifth generation of the nameplate, and it is now built on the Subaru Global Platform, joining the rest of the Subaru lineup (BRZ excepted). There are some hidden components that are shared with the old car, but for the most part everything that is seen and felt will be brand new.

The redesign also includes a new trim level for the WRX: the WRX GT, which will slot in above the Limited as the top trim level. The GT is only available with a continuously variable transmission and adds on an electronically controlled adaptive suspension, the first time one will be offered on the WRX. It also adds a set of Recaro front seats and 18-inch alloy wheels finished in matte gray.

Styling has been tweaked more than flipped. The last-generation car is clearly recognizable in the new car’s styling but the 2022 WRX is more expressive and dramatic with its bodywork. The fenders bulge more prominently and the rear diffuser has more creases and creeps further up the rear fascia. Up front, the signature hexagonal grille nestles between standard LED headlights and below a prominent hood scoop.

The engine is new to the WRX, but not to the Subaru lineup. The 2.4-liter turbocharged flat-4 is shared with the Legacy, Outback, and Ascent, but features a different turbocharger and an electronic wastegate. The engine makes 271 hp and 258 lb-ft of torque in this application, which only represents a gain of three horsepower versus last year’s car. But, Subaru says that the increase in displacement along with the wastegate and air bypass valves in the turbo will improve responsiveness. To improve steering, a new dual-pinion electric power steering system has been introduced that Subaru says offers a quicker response to driver inputs and a more natural feel.

All-wheel drive with active torque vectoring is standard and the WRX will still offer a pair of transmission choices: a 6-speed manual (as God intended) and the CVT, to the chagrin of some WRX fans. In a brazen attempt at rebranding, Subaru now calls the CVT the “Subaru Performance Transmission (SPT)” and has given the transmission some notable upgrades. Upshifts are 30% faster and downshifts are 50% faster, and the WRX will now blip the engine to perform rev-matching downshifts under braking. The fixed gear ratios have also been lowered to improve responsiveness and address one of the biggest CVT complaints. There is also a new transmission cooler for the CVT that is standard on all but the base WRX, and it makes the car more suitable for track duty with the automatic.

It’s a great addition given where the 2022 WRX was introduced. The WRX was originally slated to debut in August at the New York International Auto Show, but with the show being canceled due to Covid-19 concerns it made its debut in front of the media at the Thermal Club, a racing facility in Palm Spring, California. An introduction at a track meant that instead of gawking at a static car in a crowded room, I got to ride along with Scott Speed (former Formula One and current Subaru Rally driver) for a set of illuminating hot laps in the WRX with the manual and WRX GT with the CVT (that put the transmission cooler to the test on a 100 degree afternoon).

In the hands of a professional the new WRX blasts around the track, careening over curbs and sliding all four wheels through the middle of high-speed sweepers with ease. Even with the improvements to the CVT, it plays second fiddle to the manual in this environment. Having closer control over the gears kept the WRX in its powerband more effectively and the car felt noticeably quicker on corner exits than the CVT. When I asked Scott which transmission he preferred, he said “the CVT is what I’d own day-to-day, but out here (gestures) give me the manual.”

The new platform has improved the WRX’s stiffness; it feels tighter through the turns but the new adaptive suspension under the WRX GT takes it to another level. The difference was especially noticeable under quick changes of direction through a chicane, where the electronic setup rebalanced the car more quickly than the standard suspension. On the track, the set of Recaro seats that accompanied the GT were much appreciated; the standard seats lacked sufficient bolstering for that environment. If I could build out a perfect WRX based on what I felt, it’d be a WRX GT (the only way to get the adaptive suspension) with the manual—but such a combination is not possible.

Subaru did not offer specific trim information at this time, but indicated that a new 11.6-inch tablet style multimedia touchscreen will be offered. Android Auto and Apple CarPlay will come standard, as will a flat-bottom, leather-wrapped steering wheel, a 60/40-split folding rear seat, and bluetooth connectivity.

Exact dimensions for the WRX were unavailable, but Subaru tells us that it will be a little longer, lower, and wider than the old car. We wouldn’t be surprised to see an increase in the WRX’s wheelbase as well, since the backseat felt larger with additional legroom.

For WRXs with the CVT equipped, the standard safety features list is impressive: adaptive cruise control, active lane keep assist, and automatic forward emergency braking from the EyeSight driver assistance package are all included. Models with the manual transmission won’t get any of these features, just blind spot monitors. Also available is an automatic emergency steering system that functions at 50 mph and below.

We’re still waiting for pricing and a more concrete set of trims and features for the 2022 WRX. But after getting the chance to ride along with it on the track it seems that the changes have markedly improved the car’s performance. It feels more taut and with better agility than the previous generation car, which had a bit too much body roll and rebound for my tastes.

The WRX will be built at Subaru’s Yajima plant in Japan and is set to arrive at dealerships early next year.

Subaru provided a lunch, afternoon at the track, and a former F1 racing driver to allow Motor Authority to bring you this firsthand ride along report.