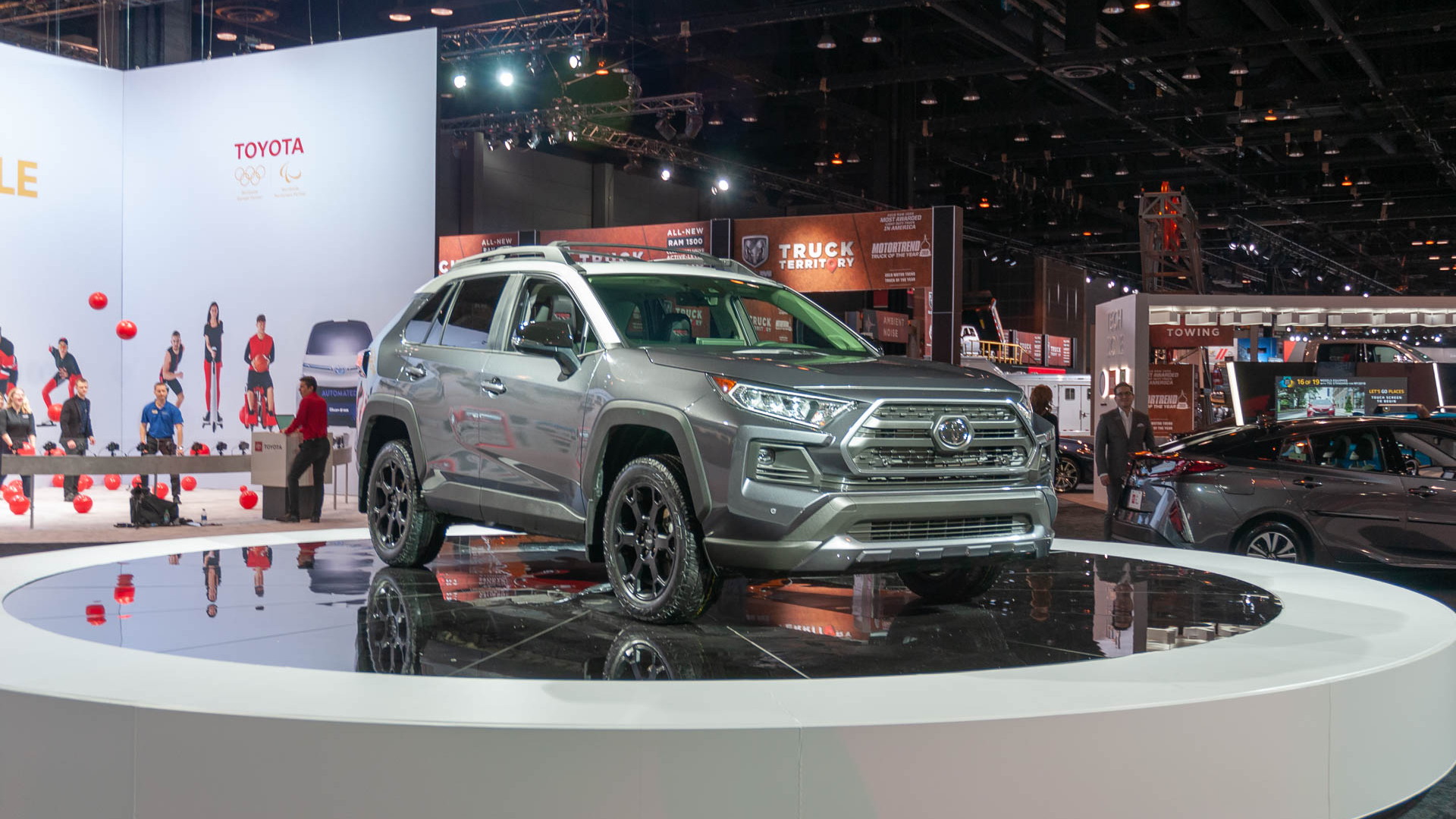 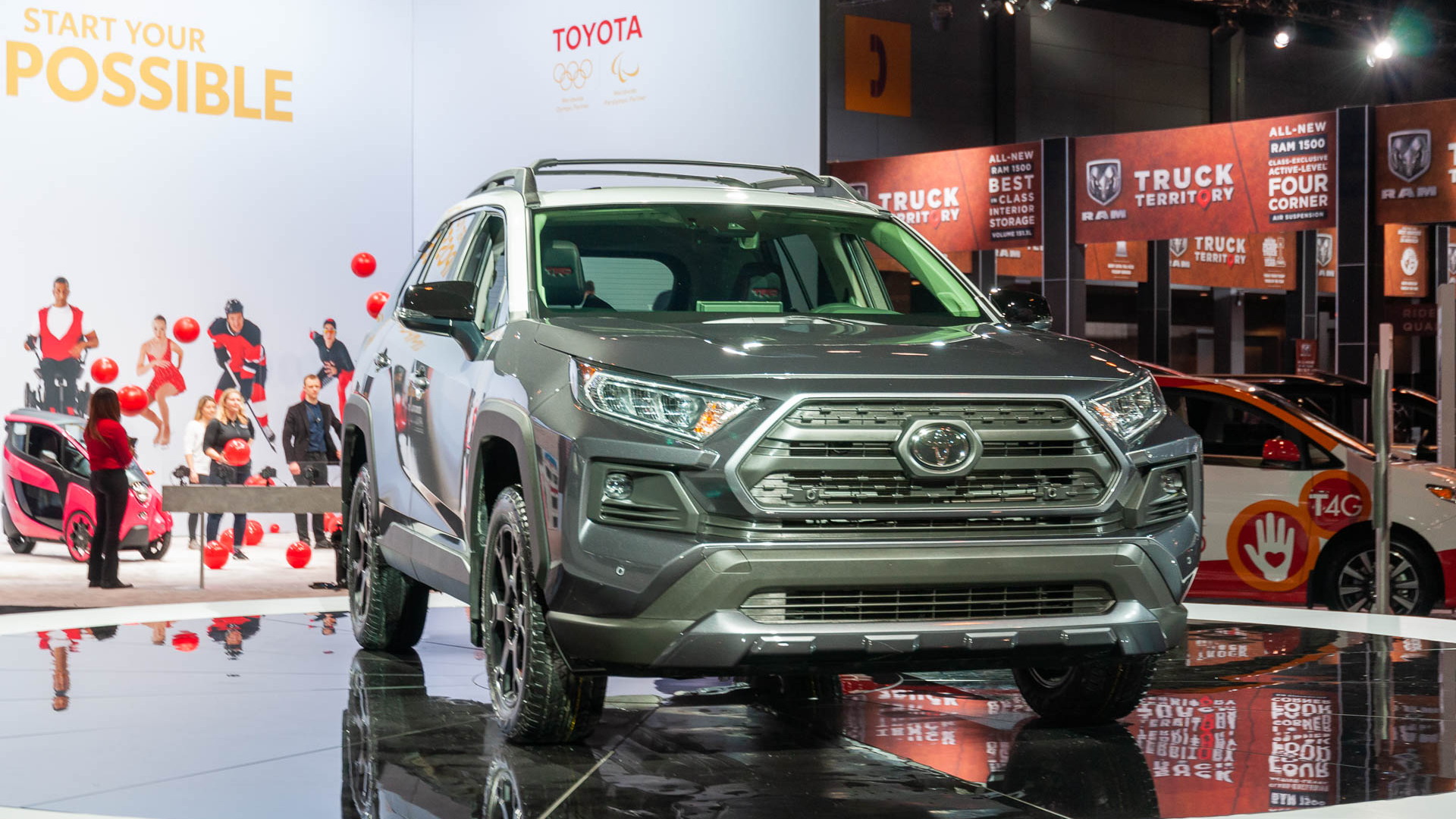 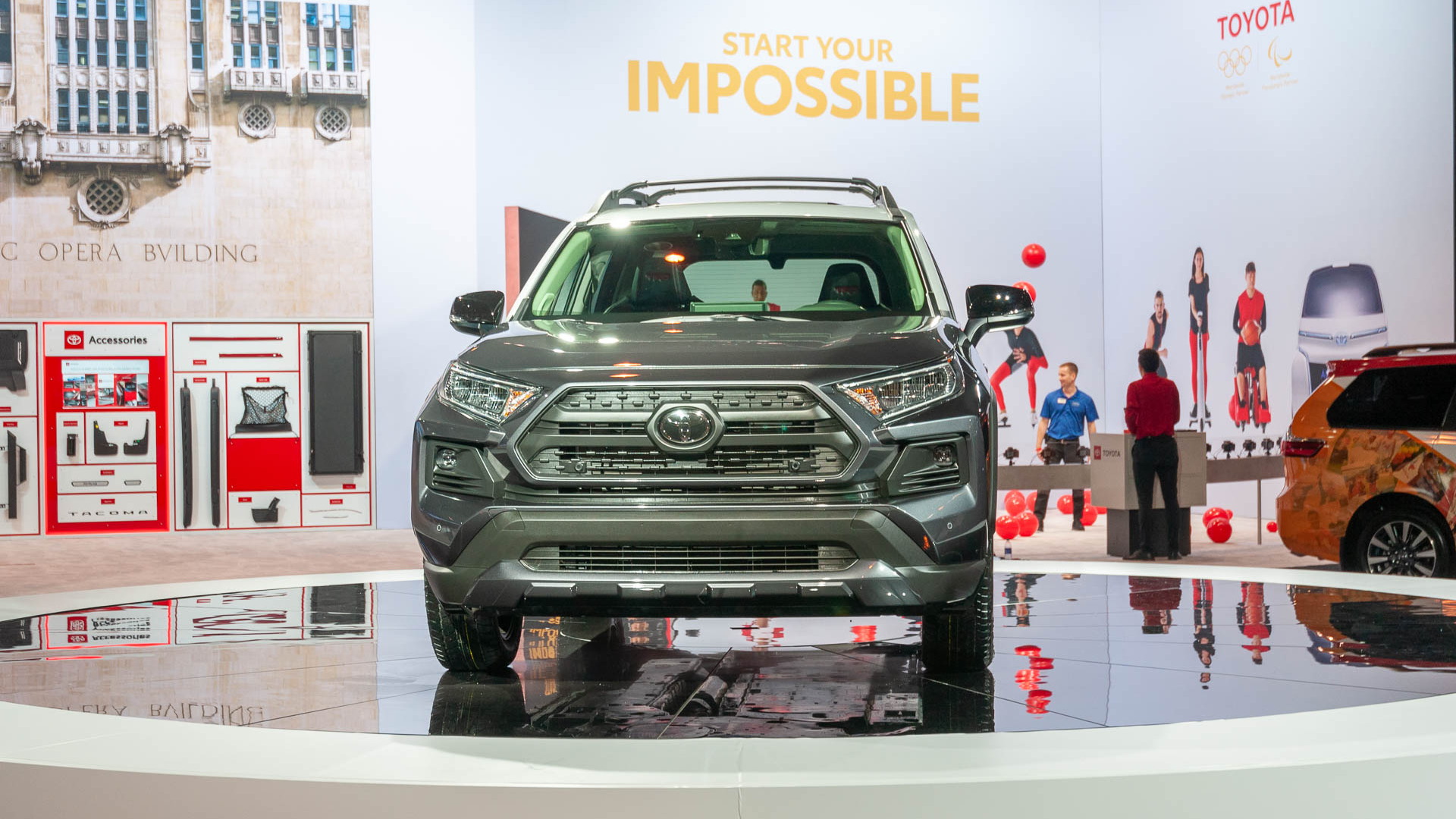 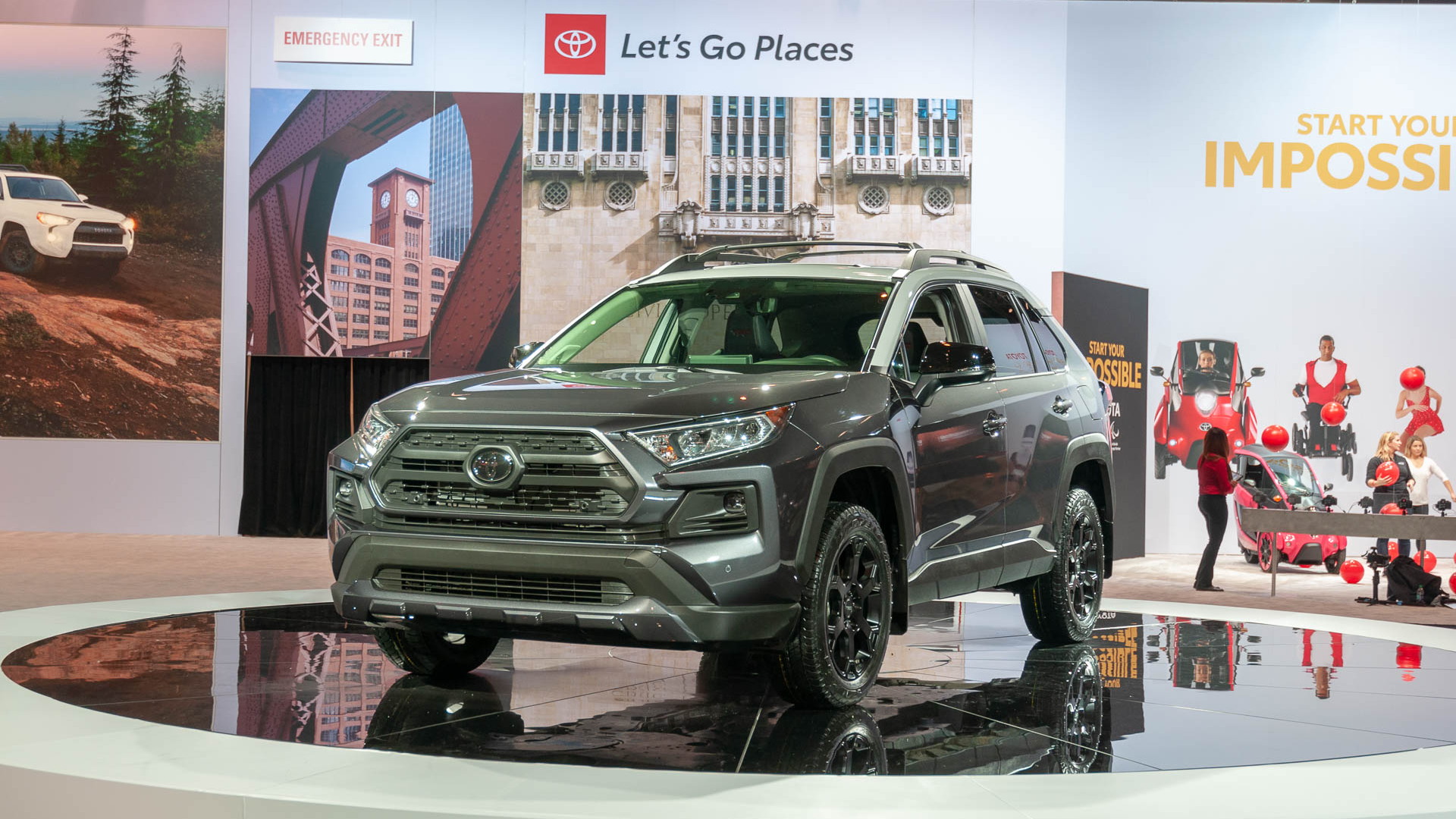 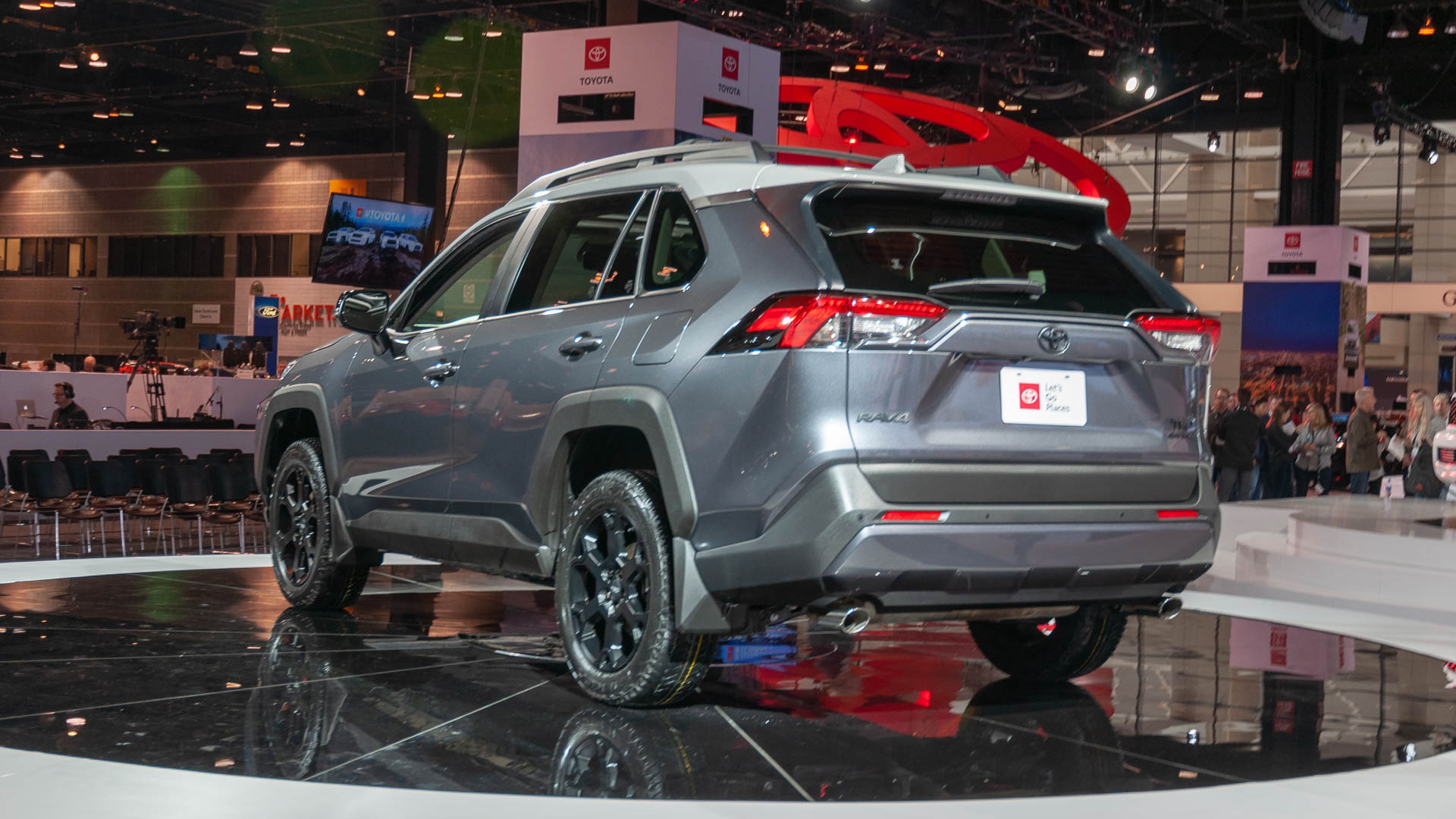 Back when it was a new thing and the Backstreet Boys were still (mostly) minors, the Toyota RAV4 was a plucky off-roader with potential from an automaker that had a good pedigree for making small 'utes with spunk.

Then success, popularity, and age took its toll on the RAV4 (and the Backstreet Boys) and what arrived later wasn't any more capable off-road than, say, a Camry.

The 2020 Toyota RAV4 TRD Off-Road that showed up Thursday in Chicago may be the cute 'ute's return to tough trails.

It's the first TRD version of the RAV4 available for sale to us normal folks—a TRD RAV4 was rally raced by Ryan Millen, once upon a time—and will be available in the fall.

The rest of the 2020 RAV4 TRD Off-Road sounds familiar. An inline-4 that makes 203 horsepower pairs to an 8-speed automatic that drives all four wheels, same as RAV4 regular. There's no disconnecting sway bars, transfer cases, or lockers, but Toyota's torque-vectoring all-wheel-drive system can shuttle power around, up to 50 percent toward the rear tires, or brake wayward wheels with no grip.

The RAV4 TRD Off-Road may start the small Toyota utility down the road of other TRD versions later—including the almighty TRD Pro—but reps aren't commenting on what may be coming soon.

Toyota didn't say how much the RAV4 TRD Off-Road will cost but it's a fair bet that it'll start at more than $34,000.

For more from the 2019 Chicago Auto Show check out our dedicated hub.