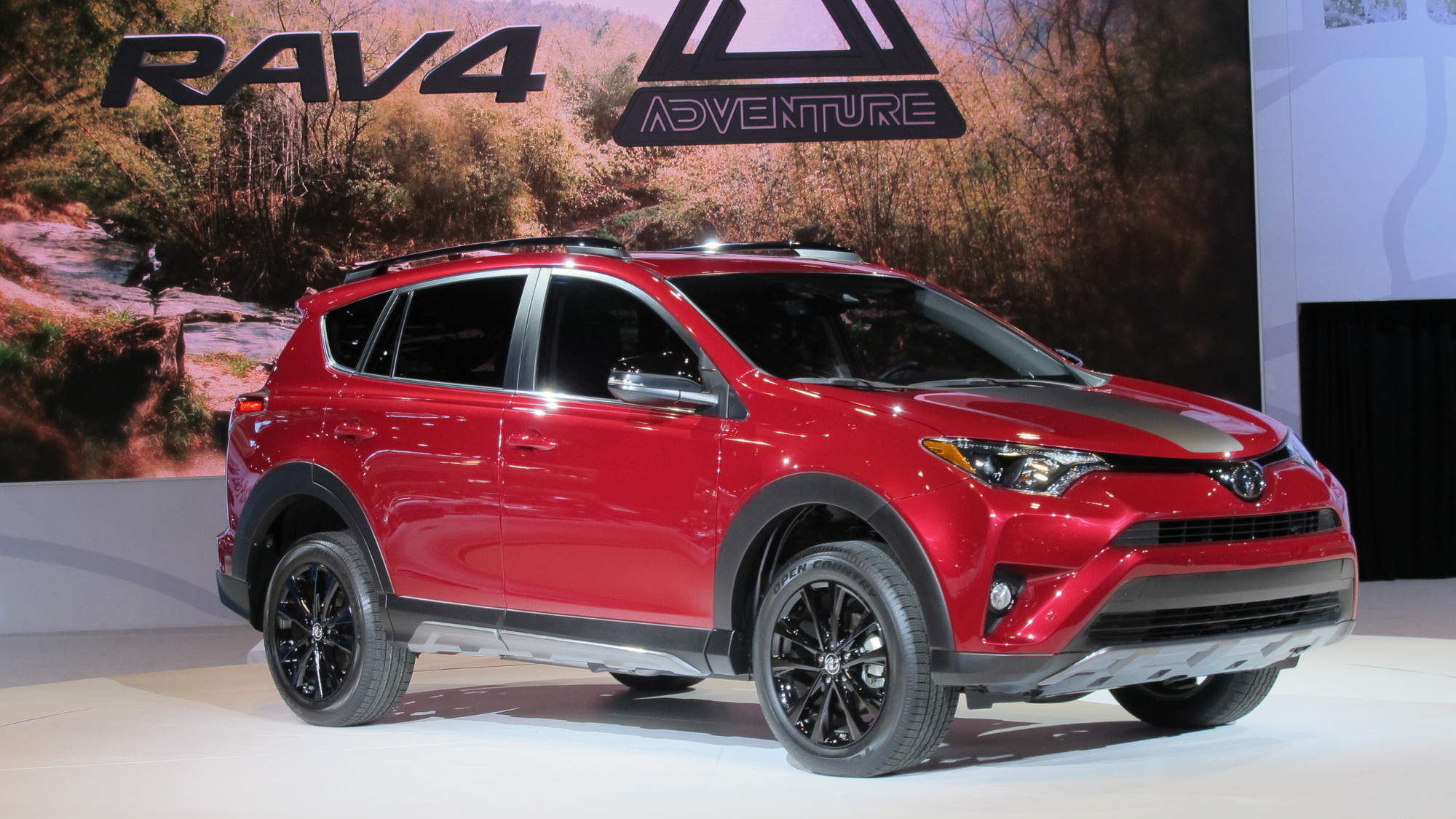 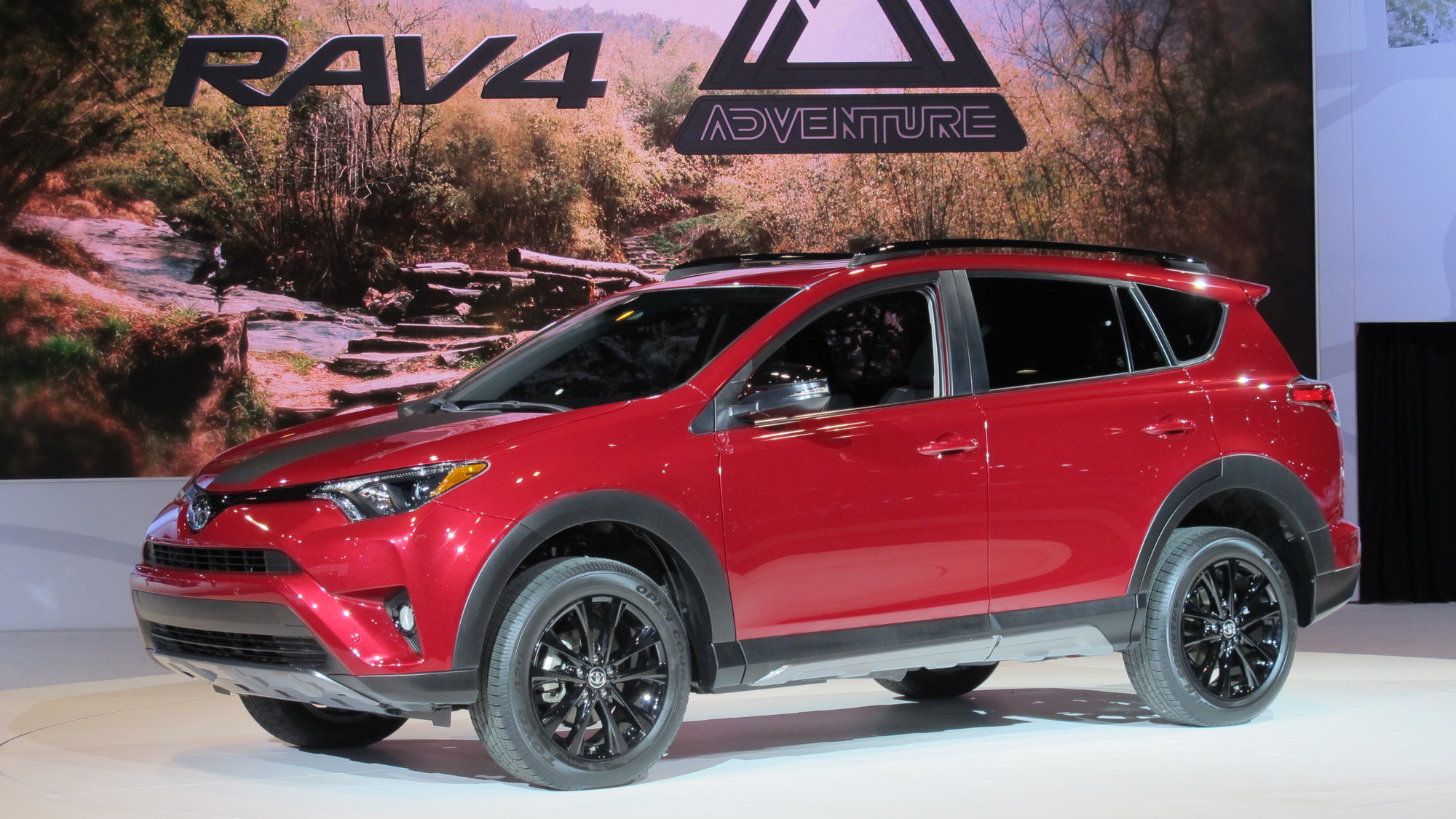 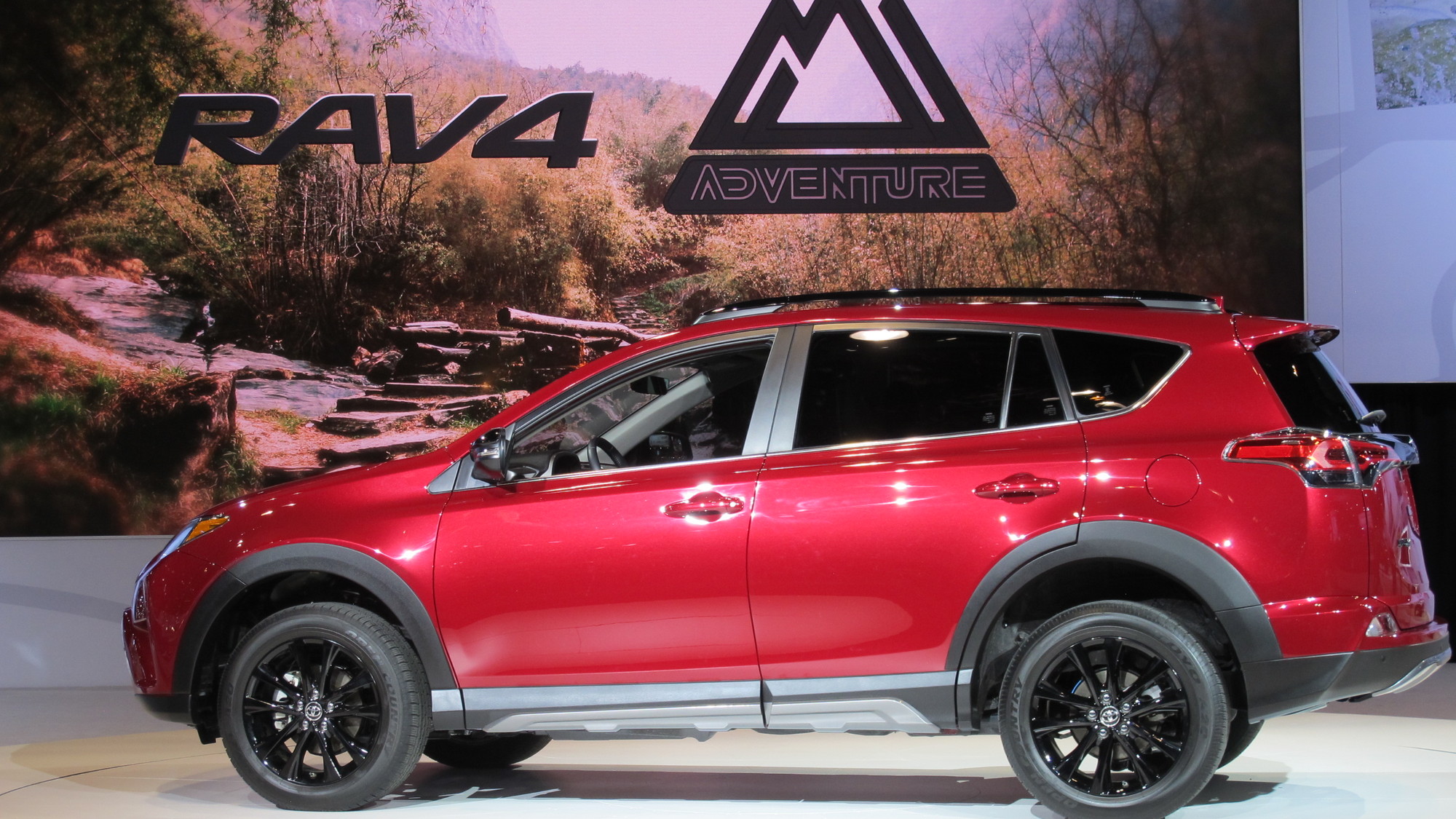 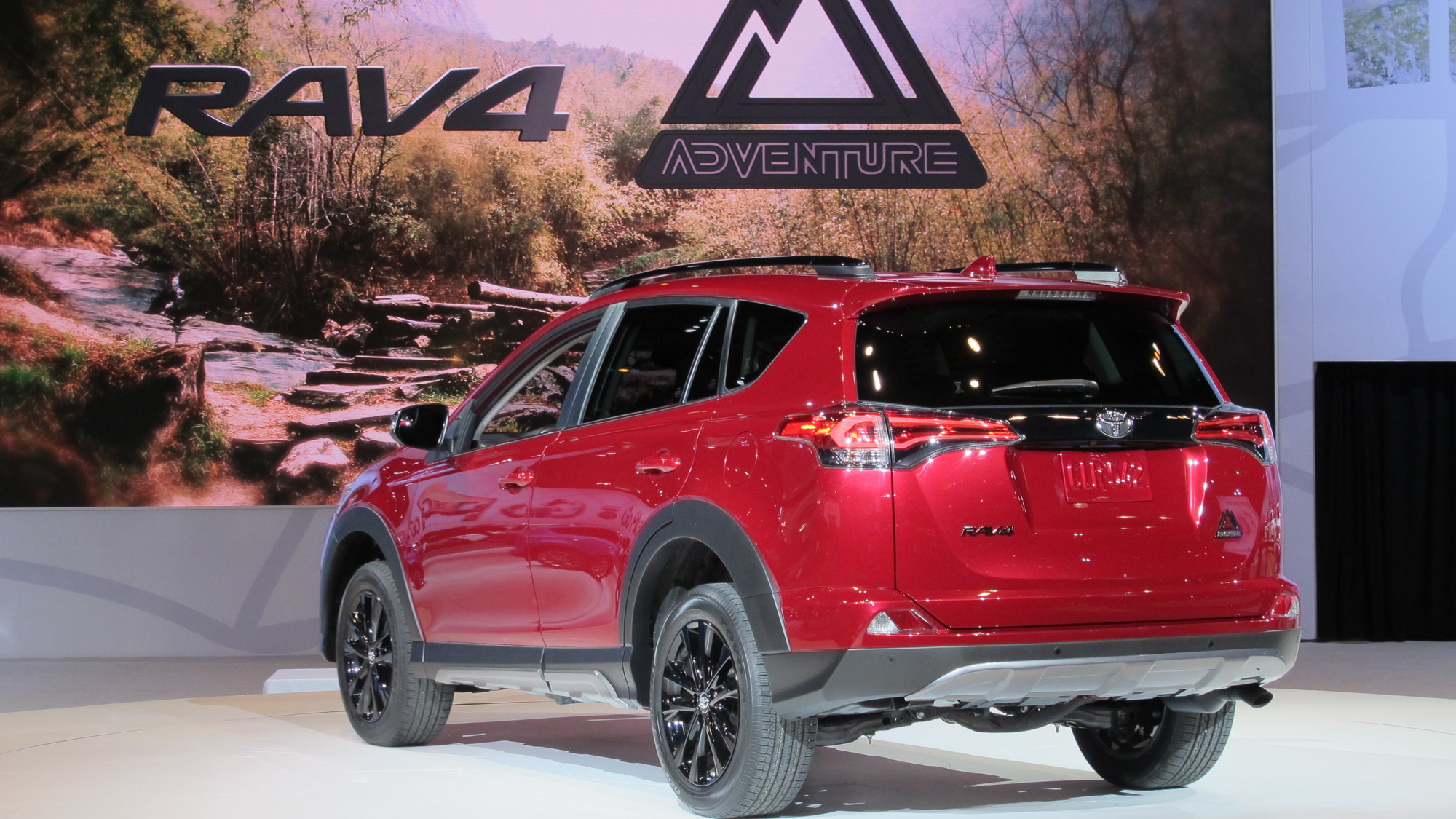 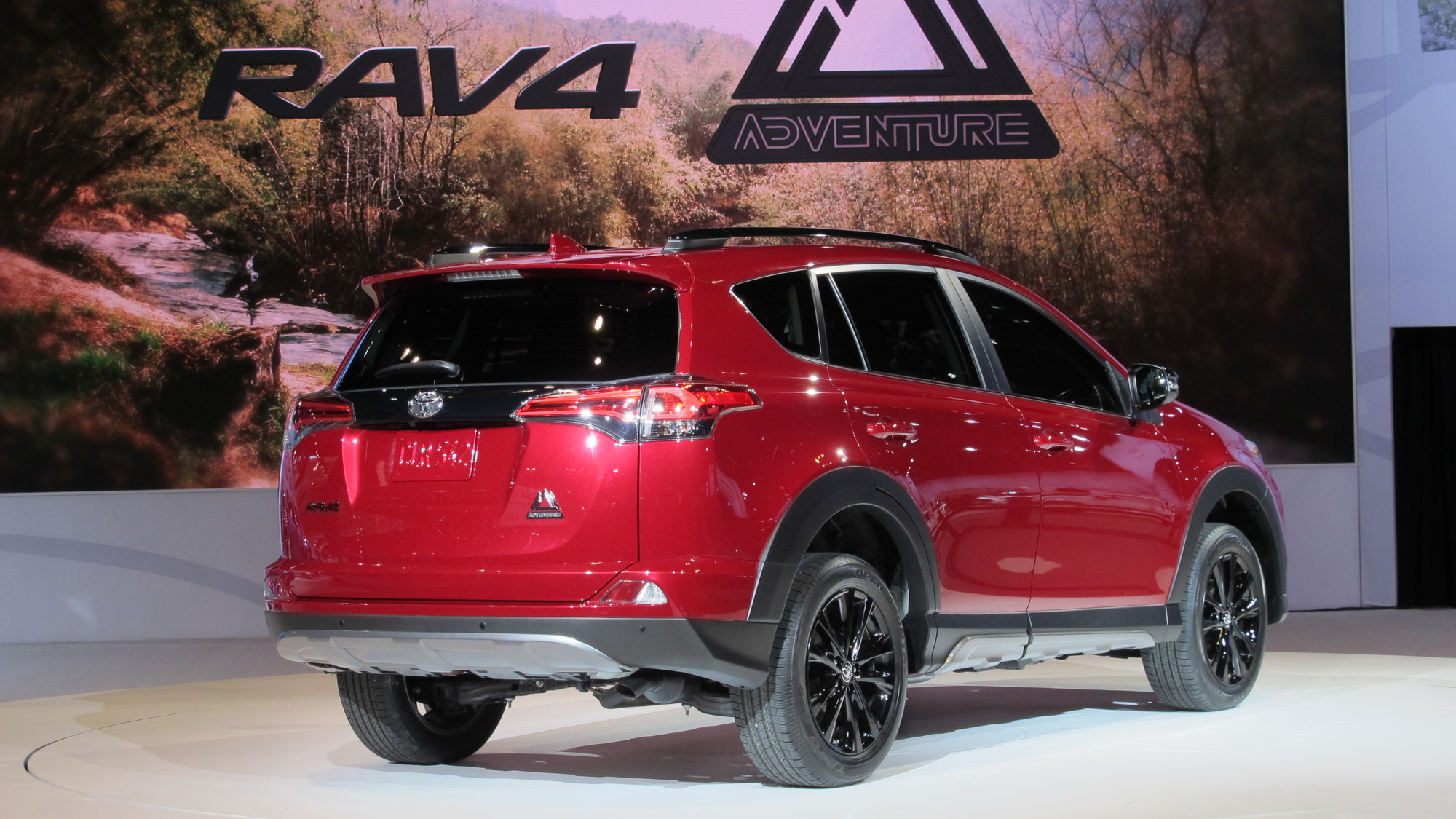 Of the largely boring compact crossover utility vehicle segment, the Toyota RAV4 might be the most boring of all. But with the new Adventure trim, unveiled Thursday at the 2017 Chicago auto show, Toyota is setting out to add a rugged look to its popular CUV.

And that effort starts with the exterior. We're digging the flared wheel arches and their black surrounds, which give the RAV4 a much more imposing stance. Paired with black headlight bezels, black foglight surrounds and 18-inch, five-spoke alloys in–you guessed it–black, the RAV4 Adventure certainly looks more adventurous. There are even adorable little underbody guards on the chin and side sills.

Of course, the mechanical changes don't match exterior upgrades. This is still, after all a RAV4. The Tow Prep Package–standard on both front- and all-wheel-drive Adventures–increases the ride height slightly, upgrades the radiator, and adds additional coolers for the engine oil and transmission fluid. And that's about it. There's still a 2.5-liter inline-4 engine, it still produces 176 horsepower and 172 pound-feet of torque, and it still teams with a 6-speed automatic transmission to send power to the road.

At least the cabin gets some nice touches. Toyota promises “unique interior trim panels,” a leather-wrapped shifter, a 120-volt outlet in the cargo hold, and Adventure-branded door sills and floor mats that match neatly with the Adventure badges on the CUV's exterior.

Toyota hasn't announced pricing for the RAV4 Adventure yet, although we can confirm this special edition fits into the lineup beneath the $29,985 SE trim. We expect more on pricing ahead of its September on-sale date.

For more from Chicago, head to our dedicated hub.