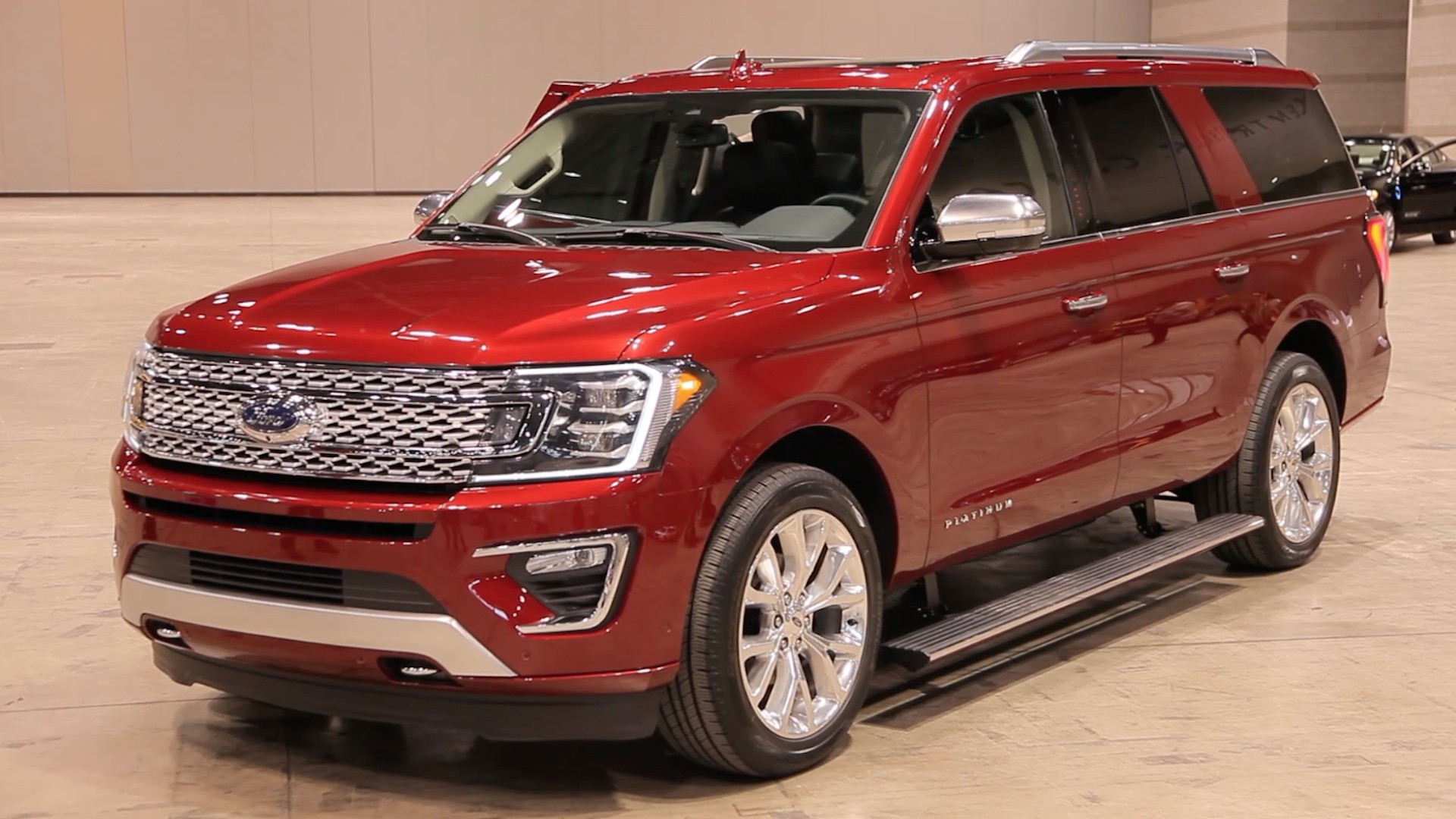 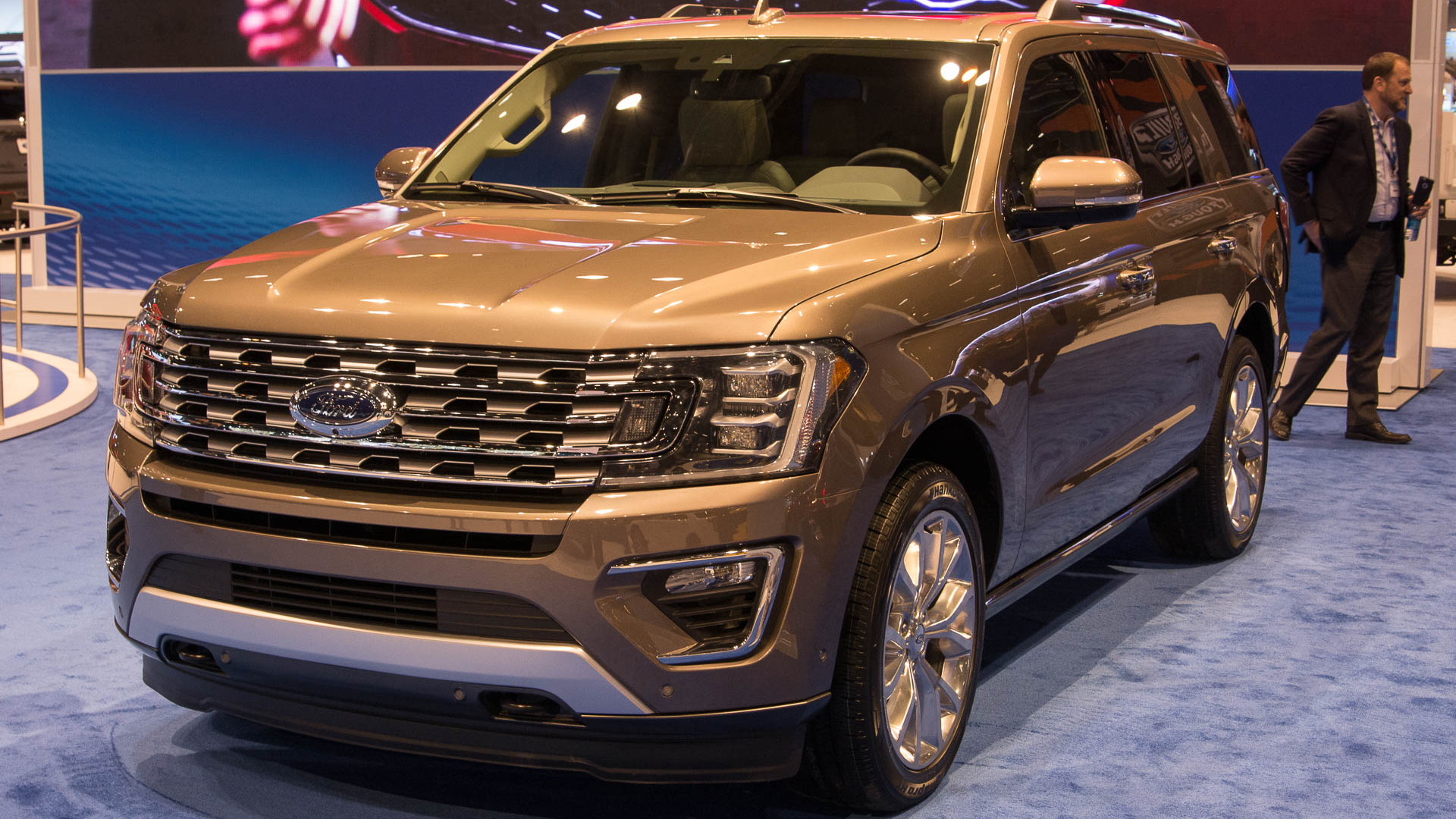 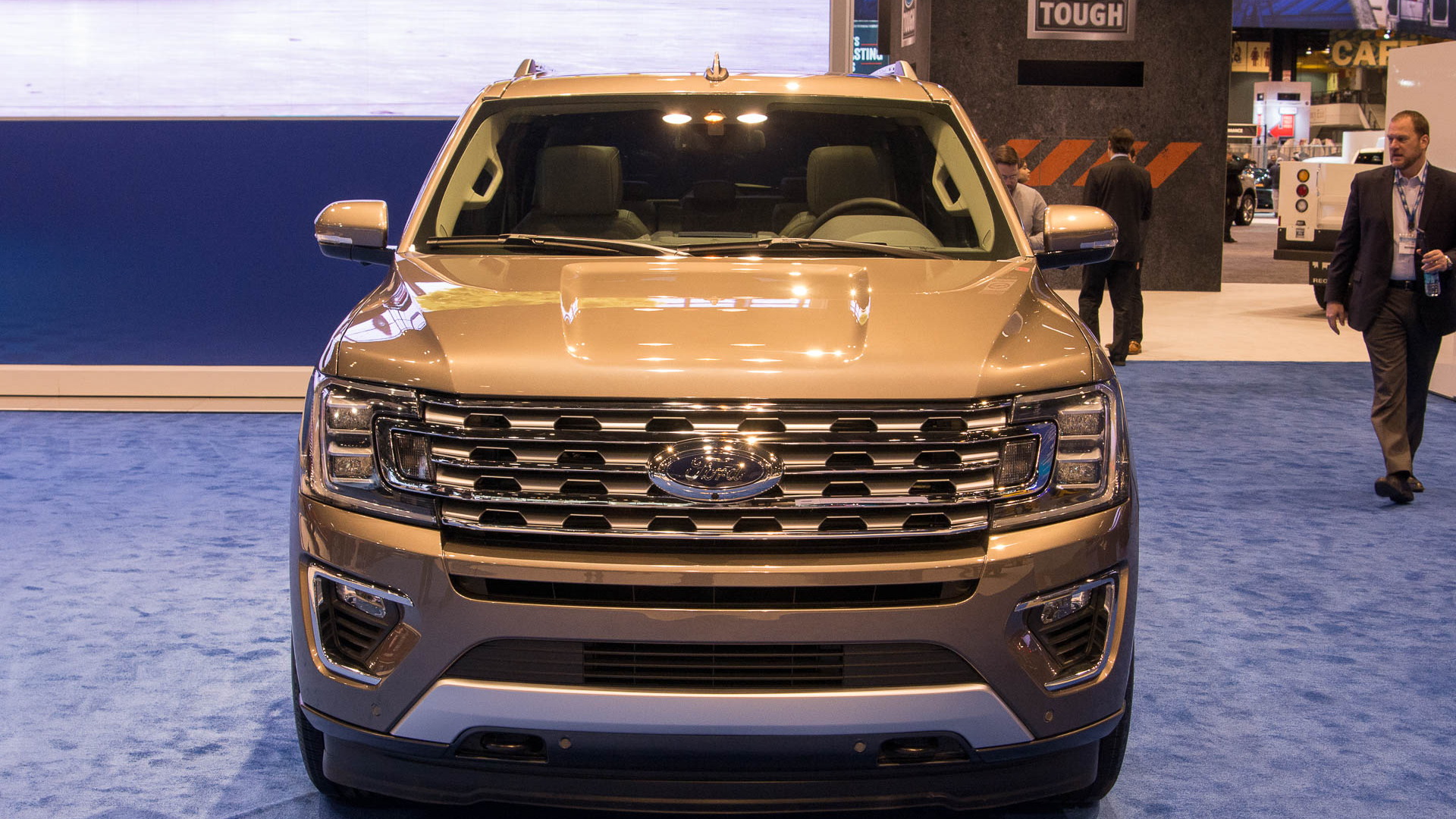 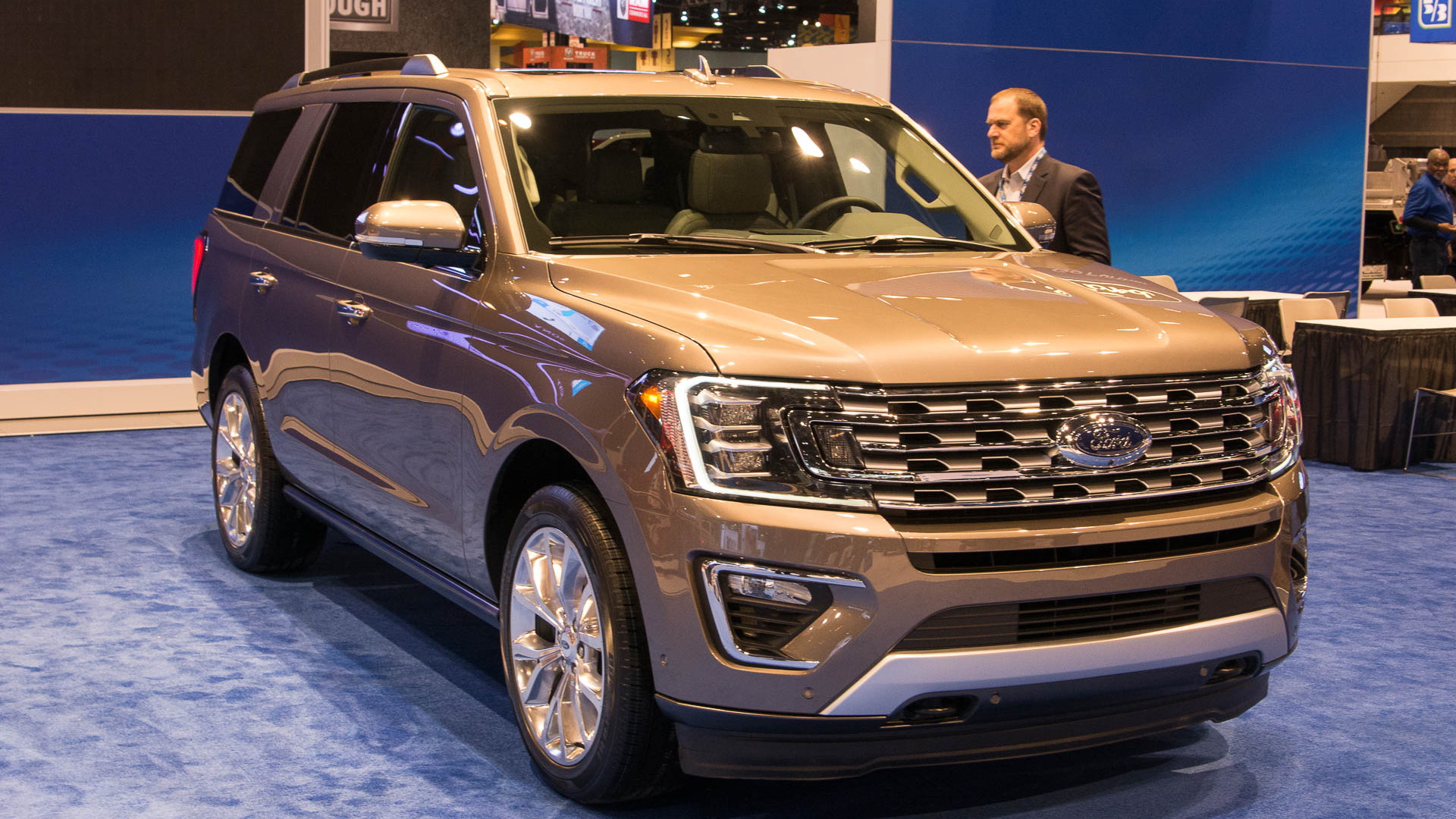 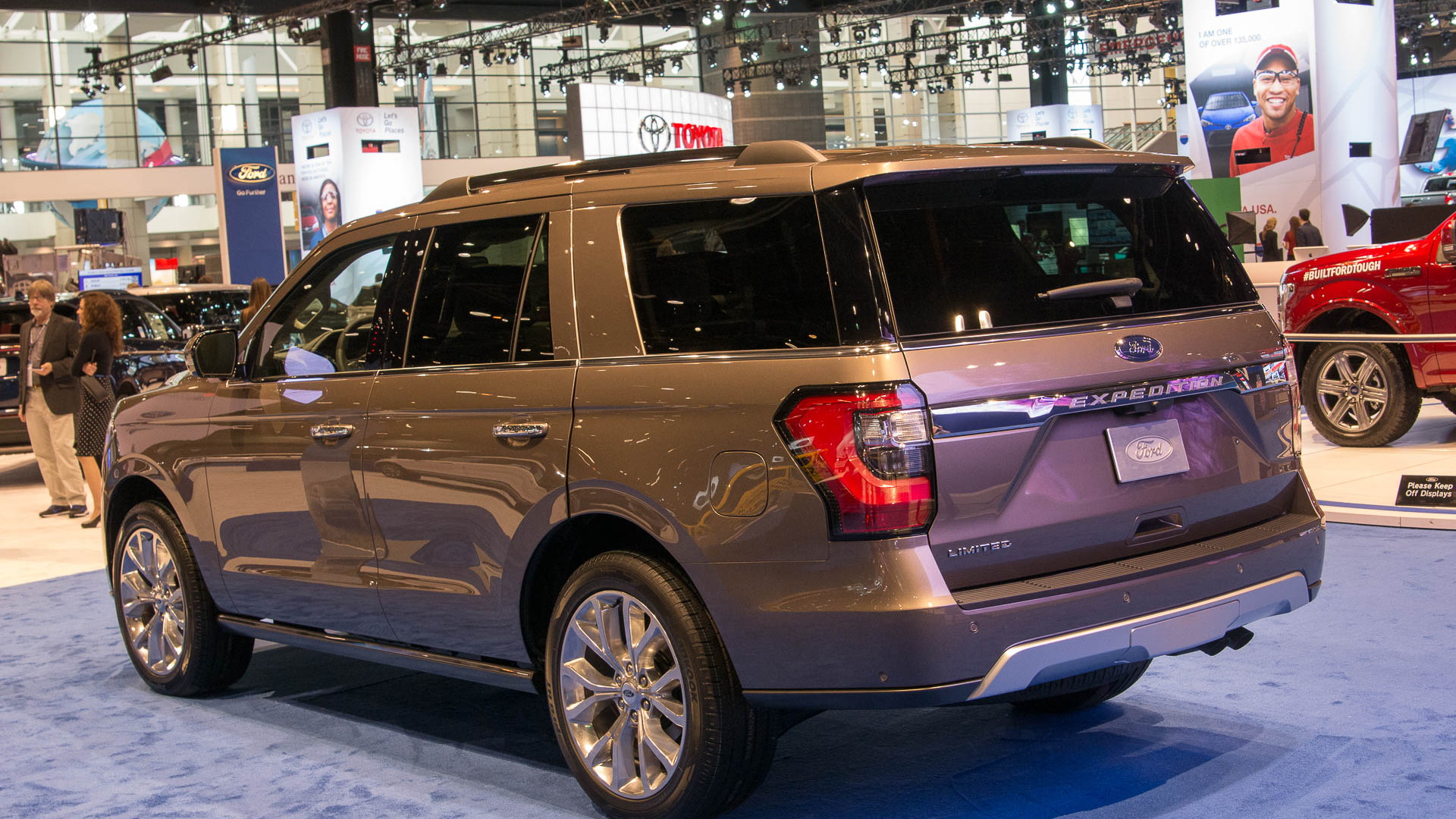 With its last redesign during the heart of the last Bush administration, the Ford Expedition was among the oldest vehicles on the market. Until today, that is, because Ford has finally introduced the long-awaited, full-scale redesign of its three-row SUV, taking more than a few pages from the new F-150's playbook.

The main change is the switch to an aluminum body like Ford has done with the F-150. That change accounts for a weight savings of 300 pounds.

Ford refreshed the Expedition back in 2015, dropping its 5.4-liter V-8 for a 3.5-liter, twin-turbocharged V-6. Now, and like the F-150, Ford is pairing its potent turbocharged V-6 with a slick-shifting 10-speed automatic transmission and an electronic shifter. Alongside a two-speed transfer case, a new Terrain Management System, and an electronically locking rear differential, the Expedition should be able to handle far more off-road terrain than most families will ask of it.

According to Ford, towing is a major concern for about half of Expedition customers, which is a big part of why the company targeted a best-in-class tow rating. Unfortunately, Ford isn't revealing any numbers. In fact, it hasn't released any performance details. On top of the Expedition's tow rating, we don't know how much horsepower or torque the engine produces (though those numbers could be identical to the 375 horsepower and 475 pound-feet of torque you get in the 2017 F-150 outfitted with the 3.5-liter turbo-6), what kind of fuel economy the three-rower returns, or even how much it weighs.

While we know the body saves 300 pounds, that probably won't translate directly to the new SUV's curb weight. According to Ford, it reinvested some of the Expedition's weight savings in a tech roster so impressive it impacts virtually every customer interaction with the SUV.

Then there's the interior finish. We crawled around the new Platinum trim, and were deeply impressed by Ford's material choices, even on the early prototypes the company showed us. The leather was soft and the stitching impressive, while the wood finishes looked clean and stylish. We're eager to see how the Expedition's cabin translates to production.

But more than tech or upholstery, Ford improved the experience for second and third-row occupants by simply offering more space. The second row slides fore and aft, making it easy to access the third row, which is now spacious enough for your 6-foot-1 author to sit comfortably. That's right, the third row isn't a penalty box. Our main complaint? Head room still feels relatively tight in the second and third rows, despite the abundance of leg and shoulder room.

Ford is offering its flagship three-row SUV in two body styles, the short wheelbase Expedition and the long-wheelbase Expedition Max. Four trims are offered as well. Ford is limiting the base XL to fleet customers, while the public can choose from the XLT, Limited, and a range-topping Platinum.

Ford will announce prices, as well as fuel economy, horsepower, and all the other stuff we care about, closer to the Expedition's fall 2017 on-sale date.

The 2018 Ford Expedition made its public debut today in Dallas, and it will be featured tomorrow at the Chicago Auto Show.