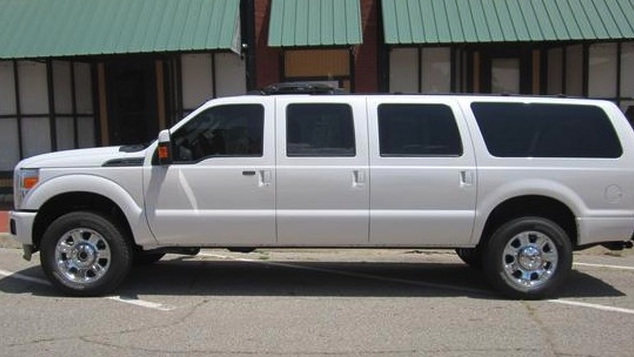 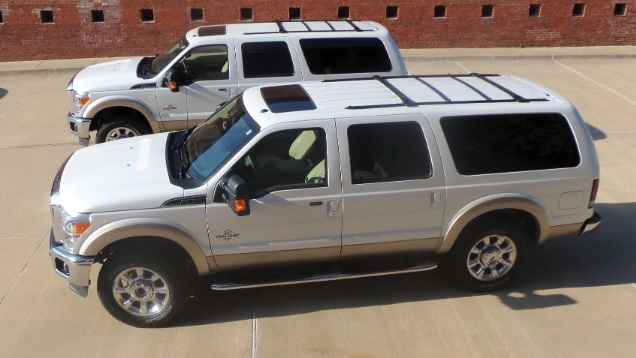 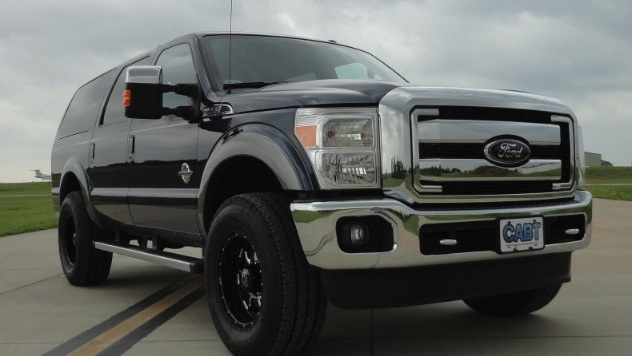 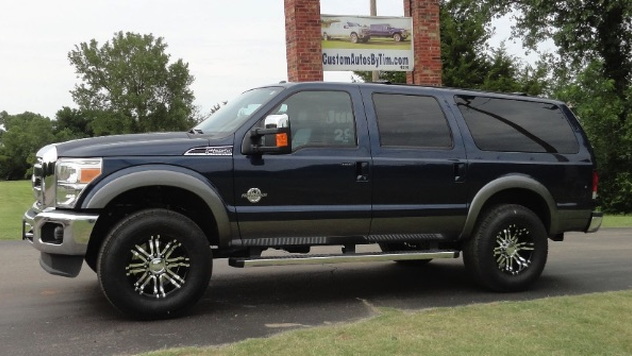 The last Ford Excursion rolled off the assembly line in 2005, but one Oklahoma-based shop hasn't let the hulking SUV die.

Based in Guthrie, Oklahoma, Custom Autos by Tim continues to make "new" Ford Excursions. The Detroit News profiled the shop in a Tuesday report. The shop typically marries an older Excursion body to a new F-Series Super Duty pickup chassis to create a "new" vehicle. Buyers have a few options. Current owners can bring their SUVs to owner Tim Huskey for a total rebuild, the shop can start from scratch with a Super Duty chassis the buyer provides, or the shop can use one of its stockpile of Super Duty chassis that it offers to buyers. The shop's biggest hook, however, is the fact that it will use the Super Duty chassis to create a stretched Excursion with six doors.

Huskey said he's certain he has enough business to last him for the next five years. It takes two months to complete each build, and right now, there's a two-month waiting list. The shop does about 40 Excursions each year.

The work varies for each customer, but Huskey is a master fabricator when it comes to building the "new" models. For example, one Excursion kept the original SUV's engine, dashboard, and transmission, while the rest was made up of used Excursions and F-Series Super Duties that had been scrapped due to damage. With business booming, Huskey said he'll need to start using F-650 chassis since they still match up with the Excursion's body. Unfortunately, he added he's not able to work with the latest trucks from Ford with their aluminum bodies.

At Ford, there's reportedly no regret for ending production of the mammoth SUV more than a decade ago. For Huskey, it created an opportunity.