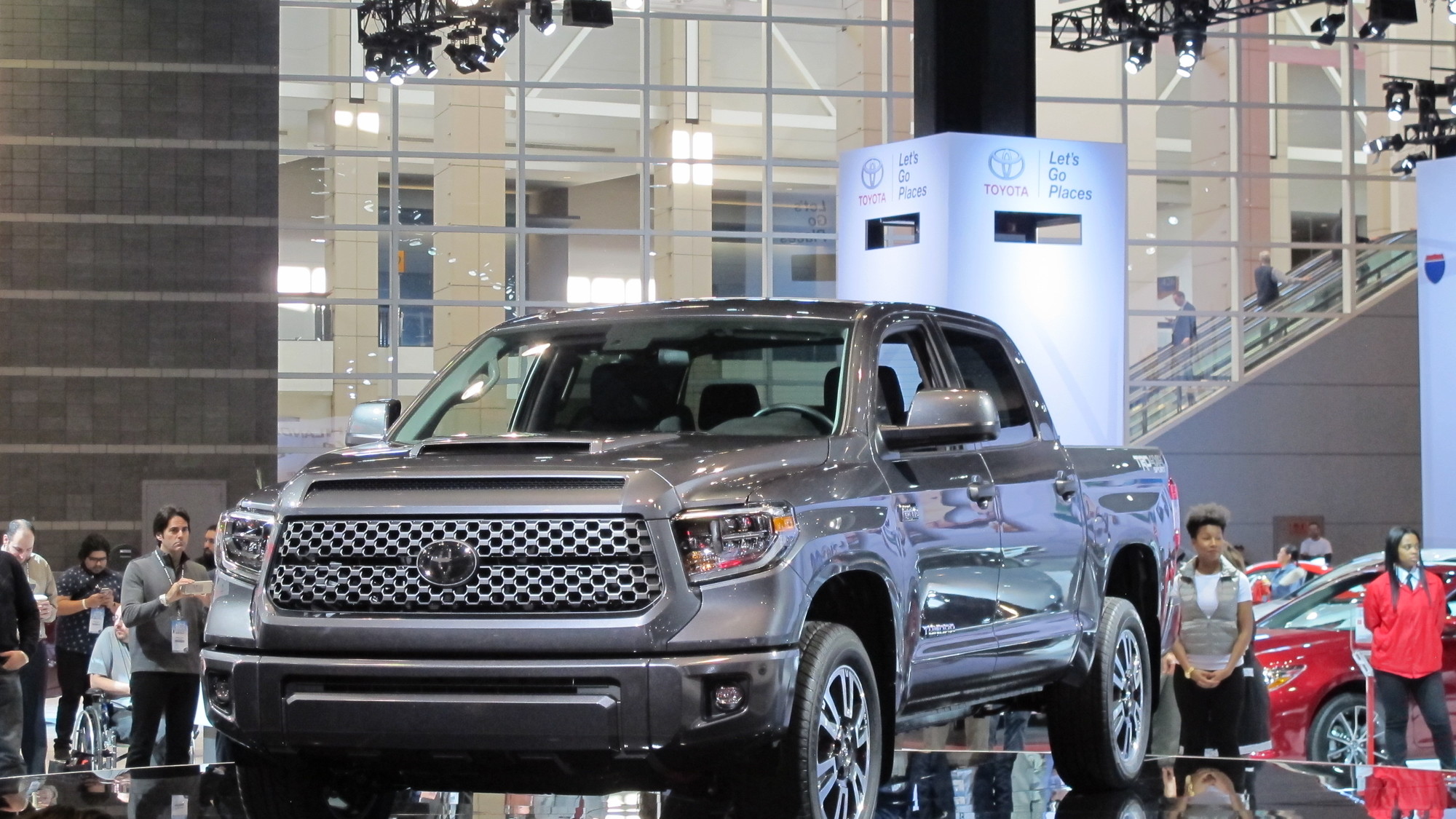 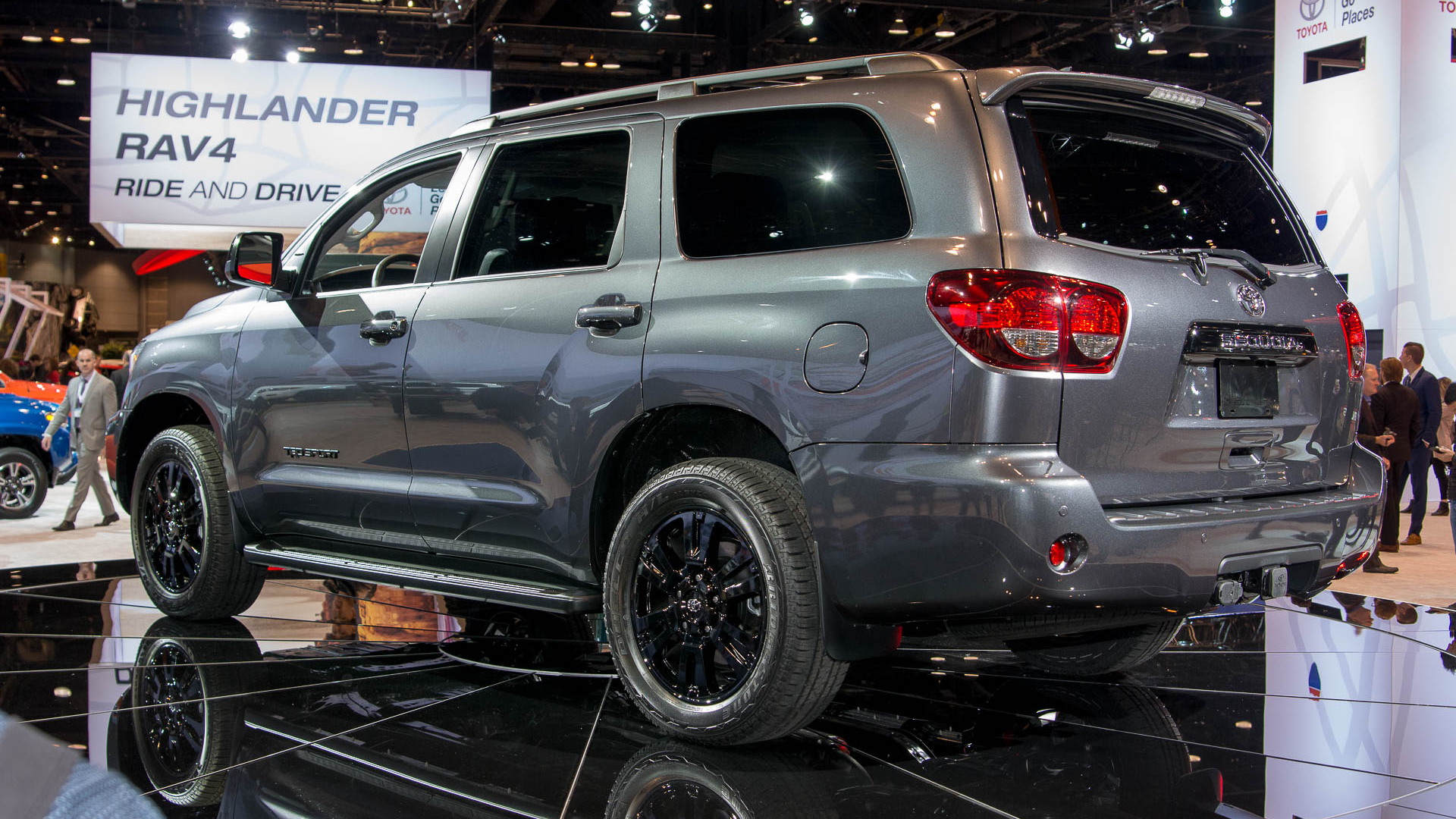 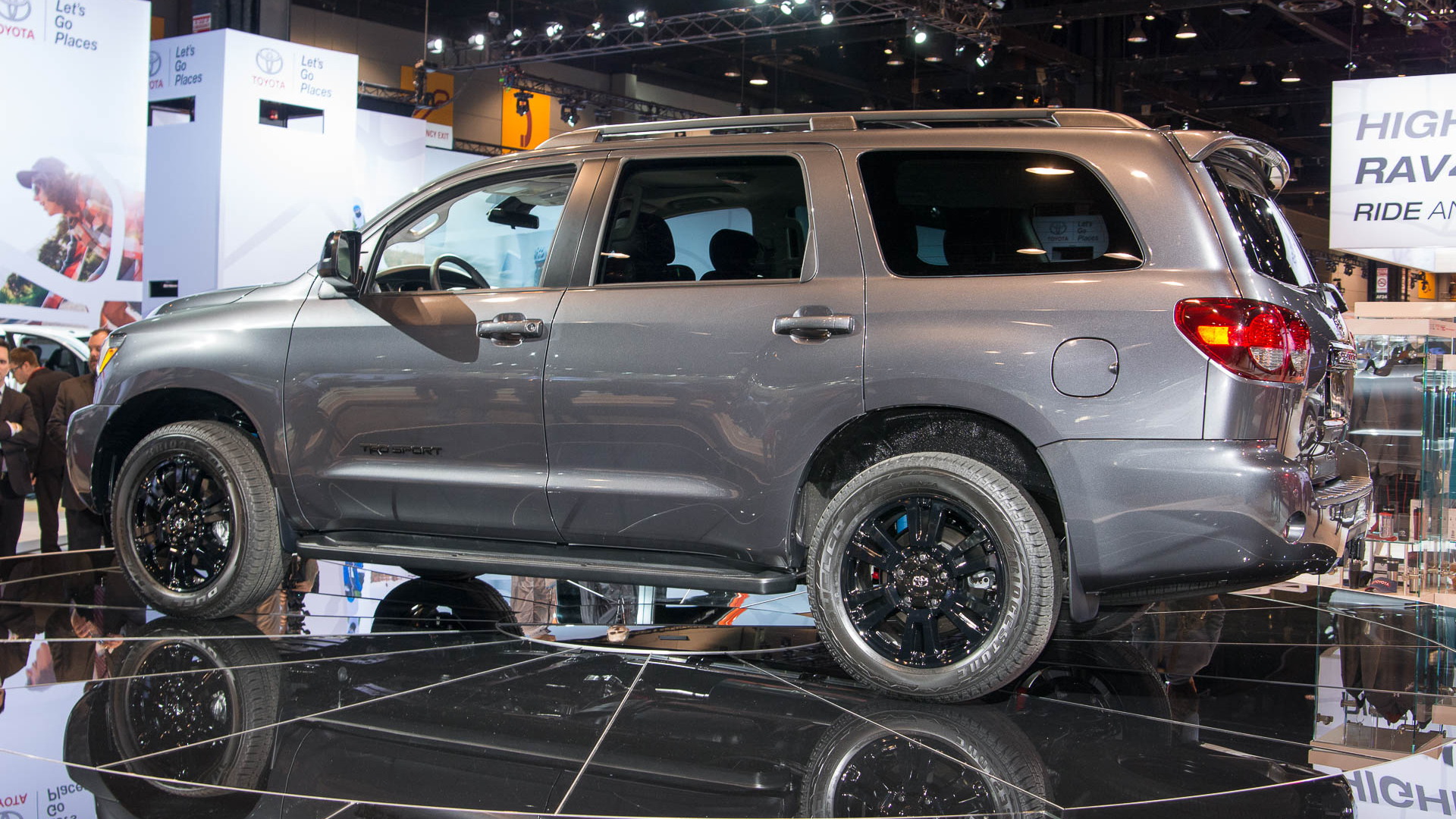 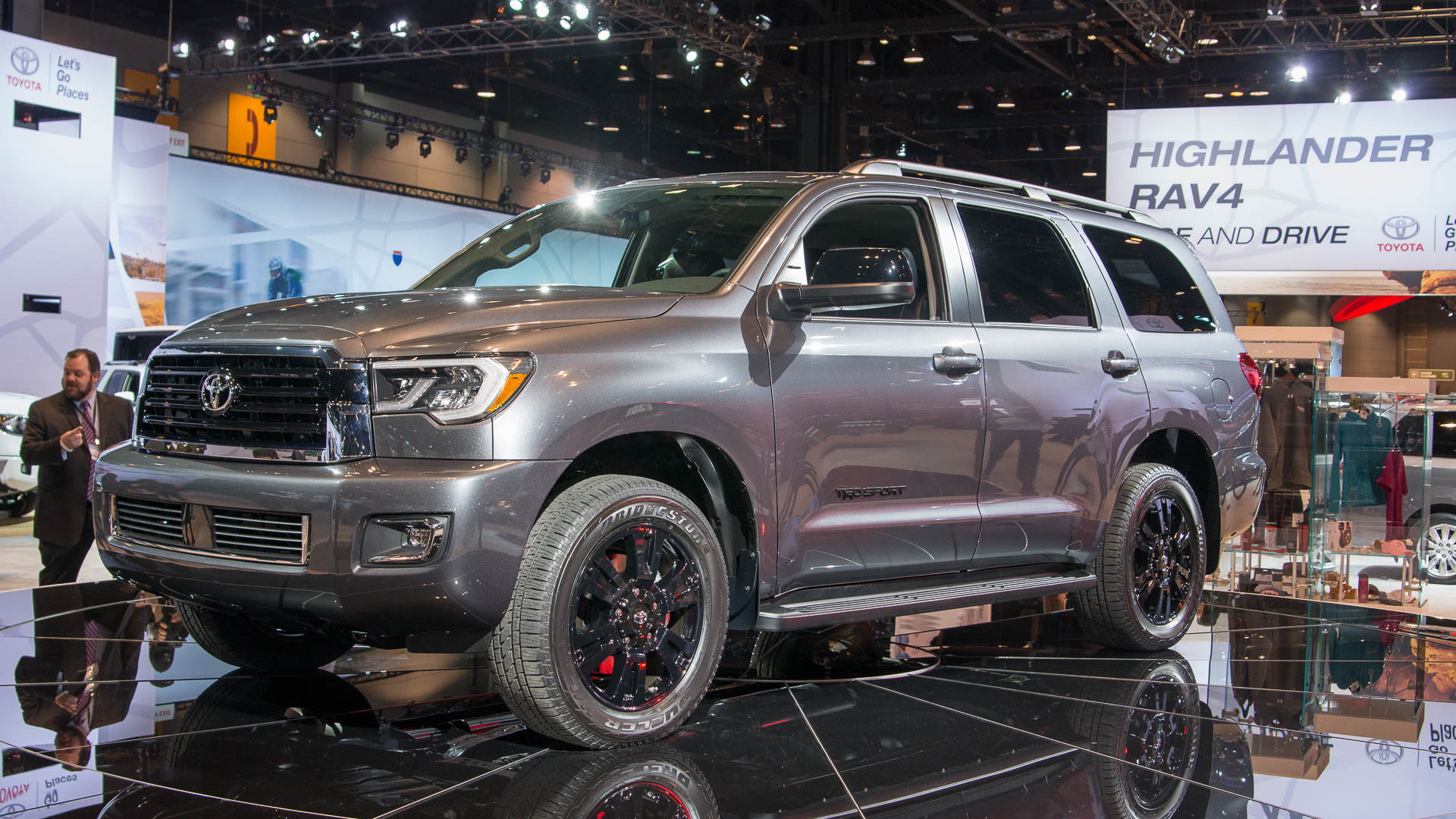 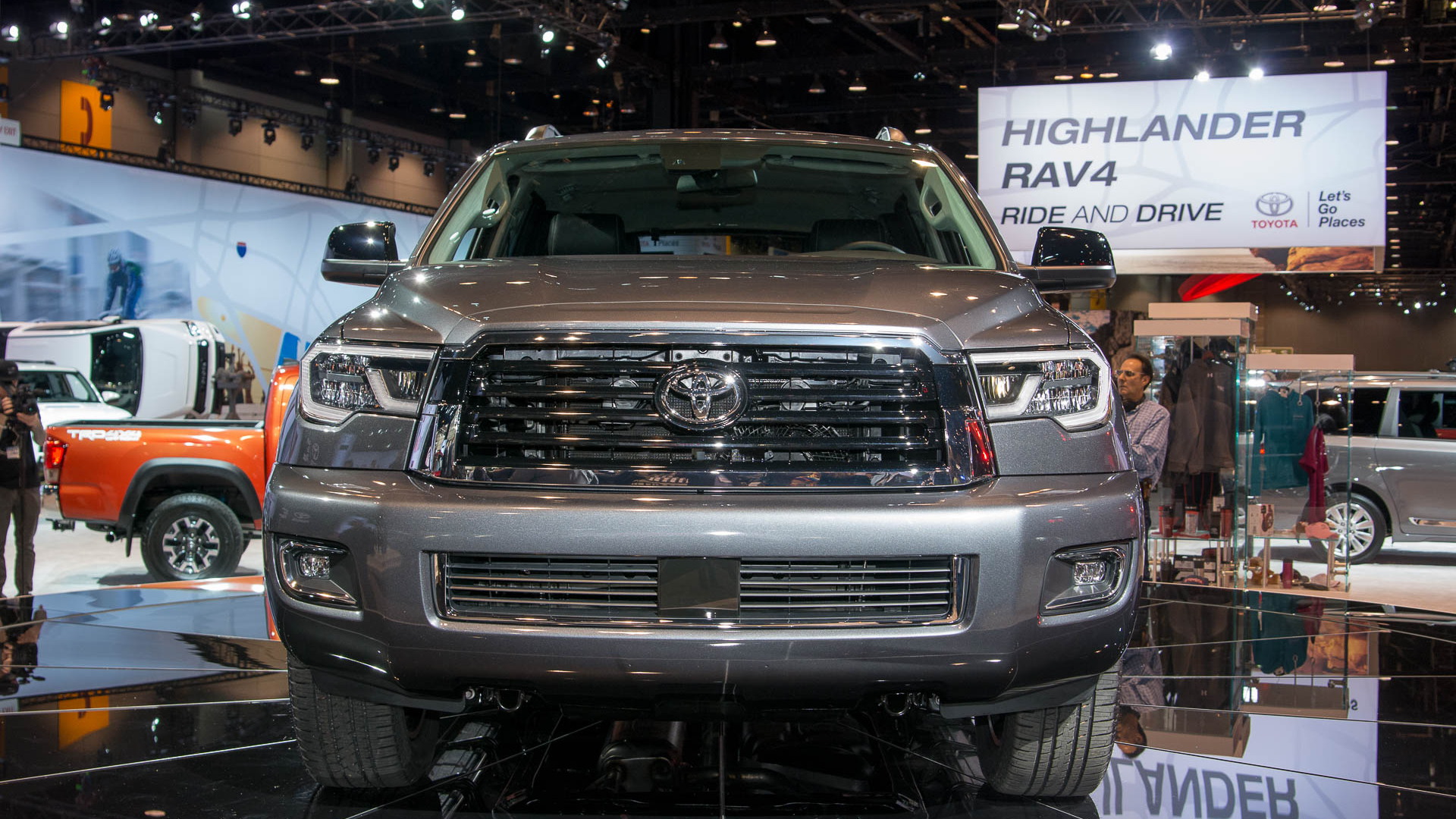 26
photos
The Chicago auto show is known for two things–special editions and big vehicles. Toyota is hitting both categories, first with the RAV4 Adventure, and now with long-awaited updates to its Tundra pickup and Sequoia SUV.

We'll focus on the Sequoia first, because that's where we're seeing the biggest developments.

Largely neglected, the update to the full-size, three-row SUV is long overdue. All models get new LED headlights, taillights, and other small body changes—in other words, this is a typical mid-cycle update, even though Toyota has left its full-sizer to wither on the vine for nearly a decade.

While the tweaks are small, the addition of a new TRD Sport model is worth applause. Toyota's popular aftermarket arm has grown increasingly popular thanks to the TRD Pro Series Tacoma, Tundra, and 4Runner off-roaders. While the Sequoia TRD Sport doesn't go quite as far as its smaller siblings, it gets some unique items, including a blacked-out grille, black 20-inch alloys, smoked taillights, unique front and rear bumpers, and a TRD-branded shift knob and floor mats. Despite the TRD badging, Toyota is selling the newest member of the Sequoia family in both rear- and four-wheel drive.

Toyota is also presenting an updated Tundra to Chicago. Like the Sequoia, this is typical mid-cycle update, adding new LED headlights, taillights, and front and rear clips. Also like the Sequoia, the Tundra gets its own TRD Sport trim, although the updates here are more extensive. Mechanically, Bilstein-branded shocks and TRD front and rear sway bars should promise a more capable driving experience, while a color-matched hood scoop, mirrors, and bumpers, a unique grille, and 20-inch alloys bring a sportier look.

Finally, and perhaps most importantly for drivers, Toyota is adding its Safety Sense suite of technologies as standard equipment on both Tundra and Sequoia. The system includes adaptive cruise control, lane departure warning, automatic high beams, and automatic emergency braking.

The updated 2018 Tundra and Sequoia will arrive in dealers in September, with pricing, fuel economy, and other details coming closer to the on-sale date.