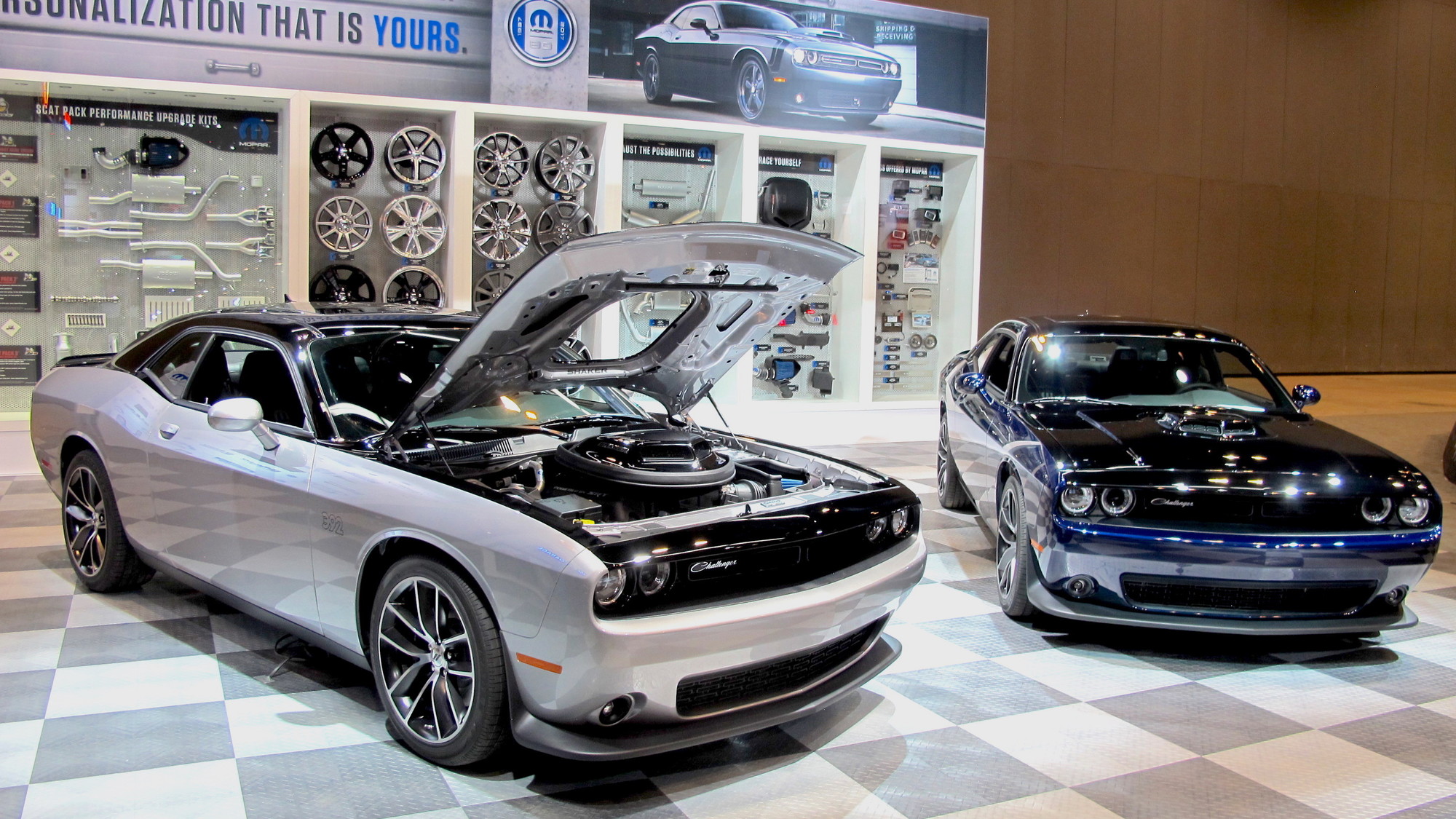 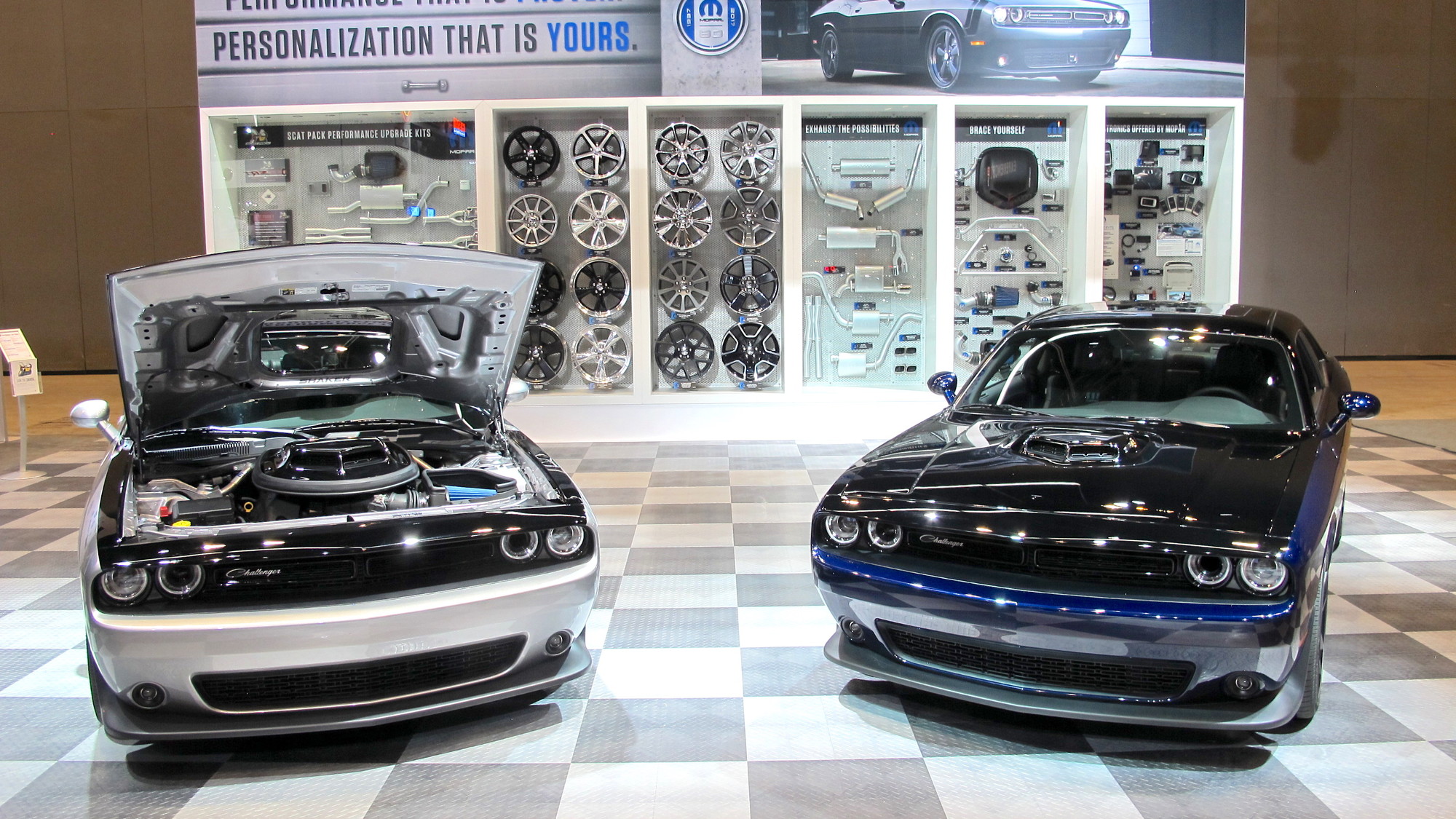 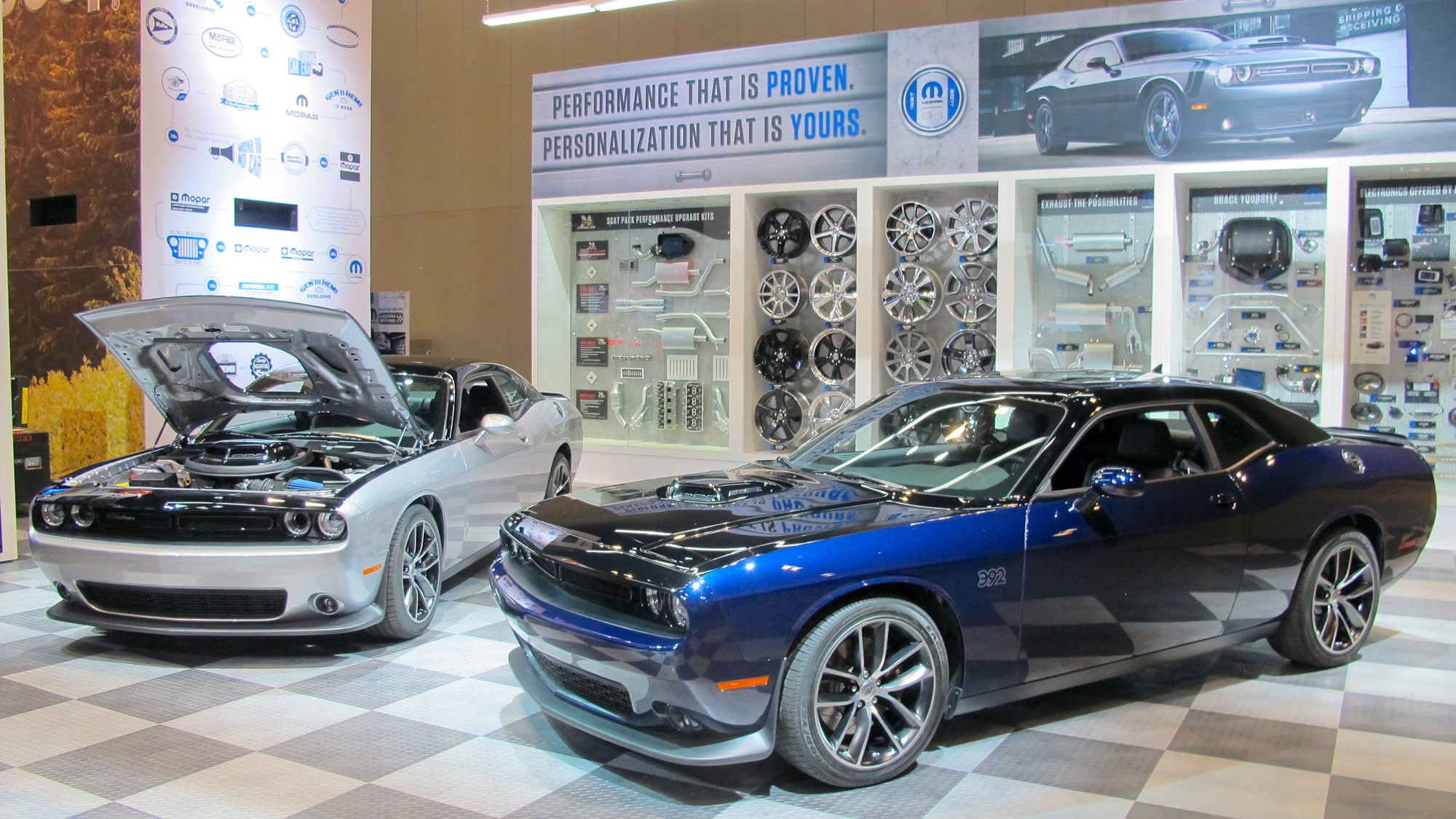 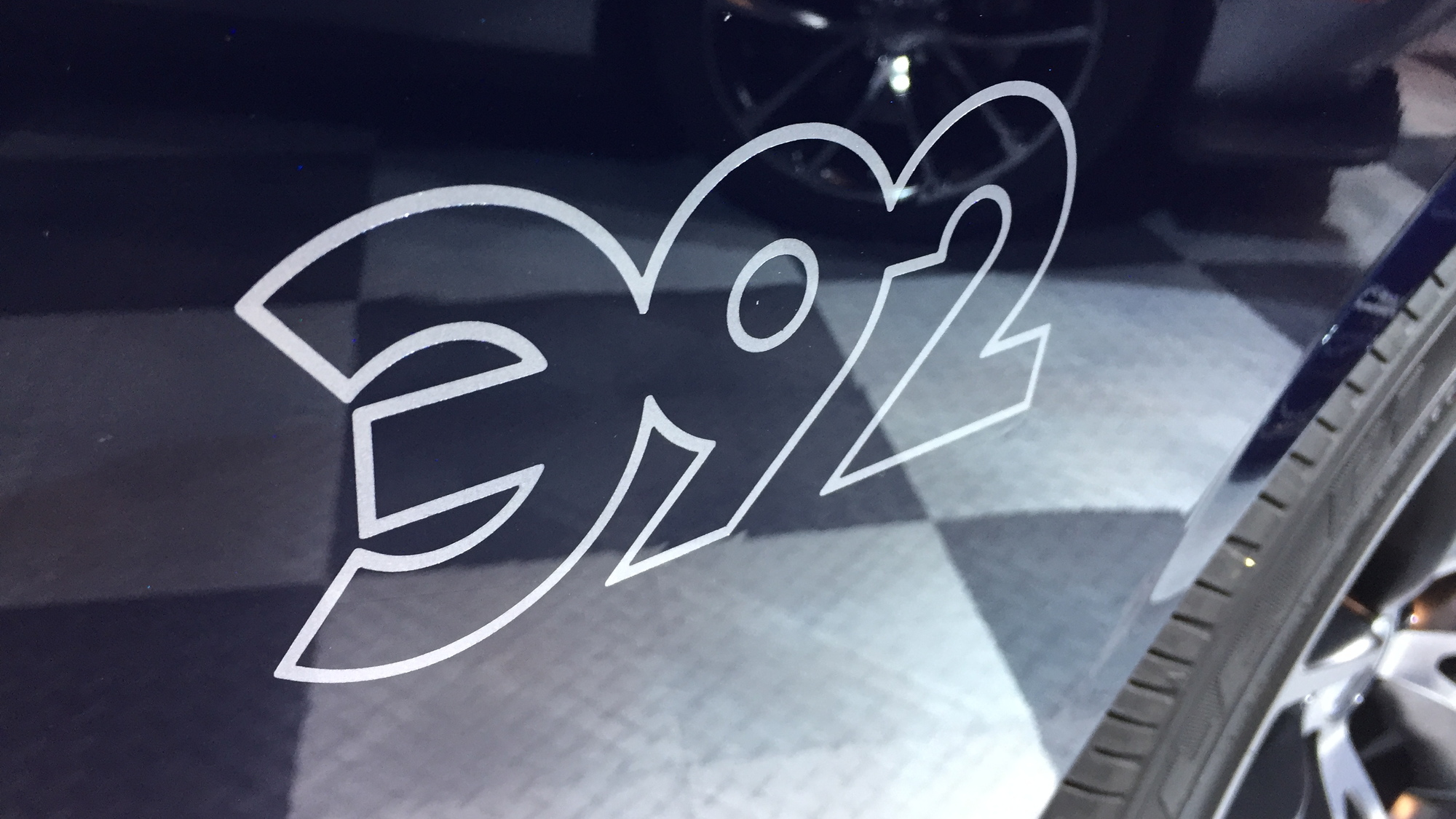 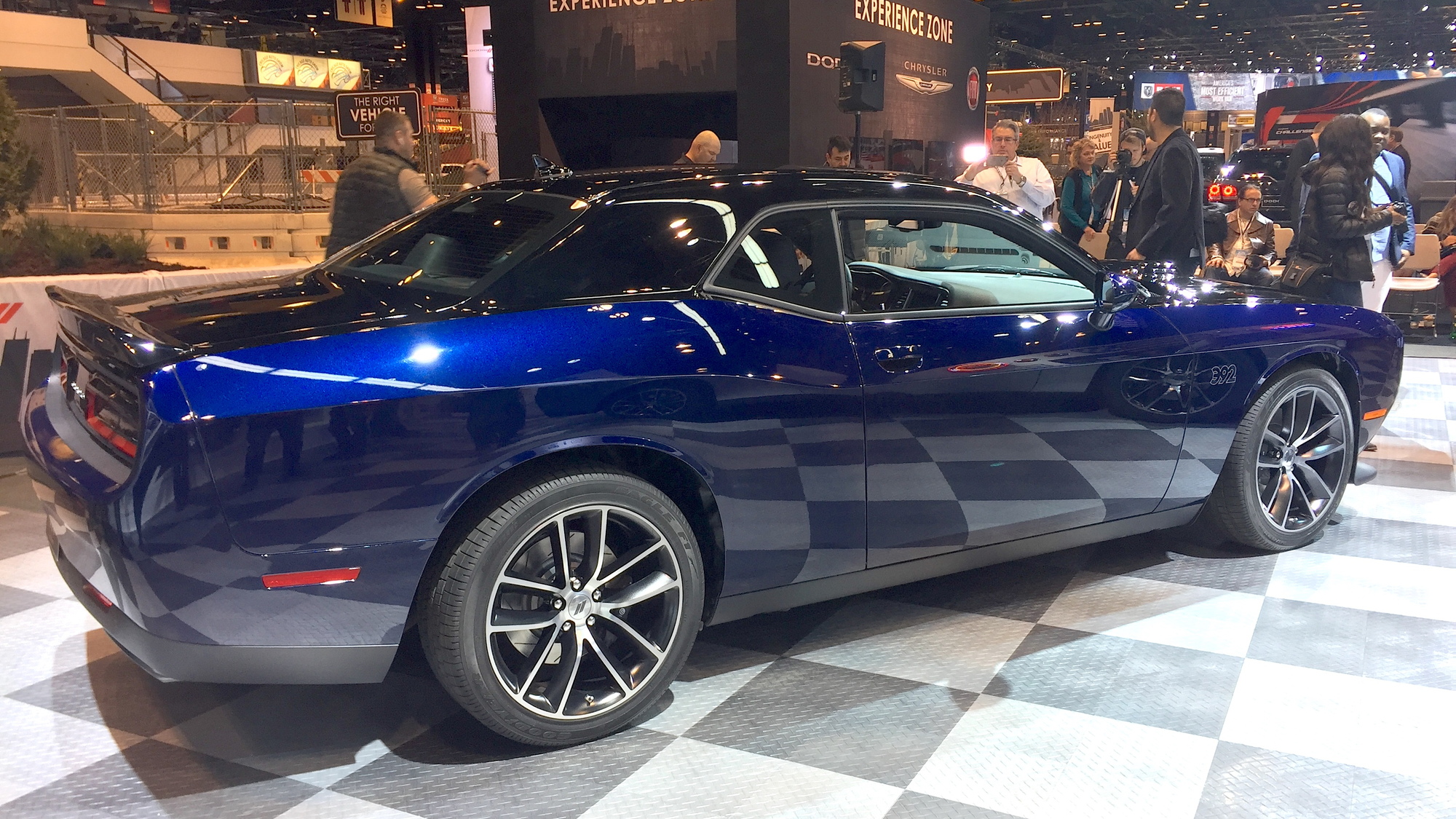 Mopar, Fiat Chrysler Automobile's performance parts arm, turns 80 years old this year. As part of that birthday celebration, the brand is releasing a limited number of the Mopar '17 Dodge Challenger. A total of 160 models will be offered, 80 of each in two color schemes applied by the Mopar Custom Shop. One version comes in Pitch Black and Contusion Blue and the other is Pitch Black and Billet Silver.

A hand-painted Mopar 392 logo is applied to all cars. The Shaker Hood scoop and its surround are painted Pitch Black and so is the rear decklid spoiler. The Challenger SRT Hellcat's black exhaust tips replace the chrome tips.

Both versions are outfitted with plenty of Mopar performance parts, as well as go-fast goodies from the SRT portfolio.

The cars start as 2017 Dodge Challenger 392 Shaker models, so they come with some performance parts already baked in, including the firmer performance suspension and Brembo brakes. Under the hood lies the 6.4-liter (392 cubic-inch) V-8 from the SRT and Scat Pack models. It sends its 485 horsepower and 475 pound-feet of torque through a 6-speed manual transmission to the rear wheels. Those wheels are 20x9-inch alloys with semi-gloss accents.

Then Mopar starts adding the aftermarket goodies. A Mopar cold air intake adds a bit of a performance boost and it is partially fed by an air catcher duct system with its inlet in the inside driver's side headlight housing.

Mopar strut tower braces and caps are added to increase rigidity, and they feature a powder-coated finish.

Buyers also get an Owner's Kit with:

The Mopar '17 will begin arriving in dealerships in the second quarter of the year with a price of $55,790 plus destination.