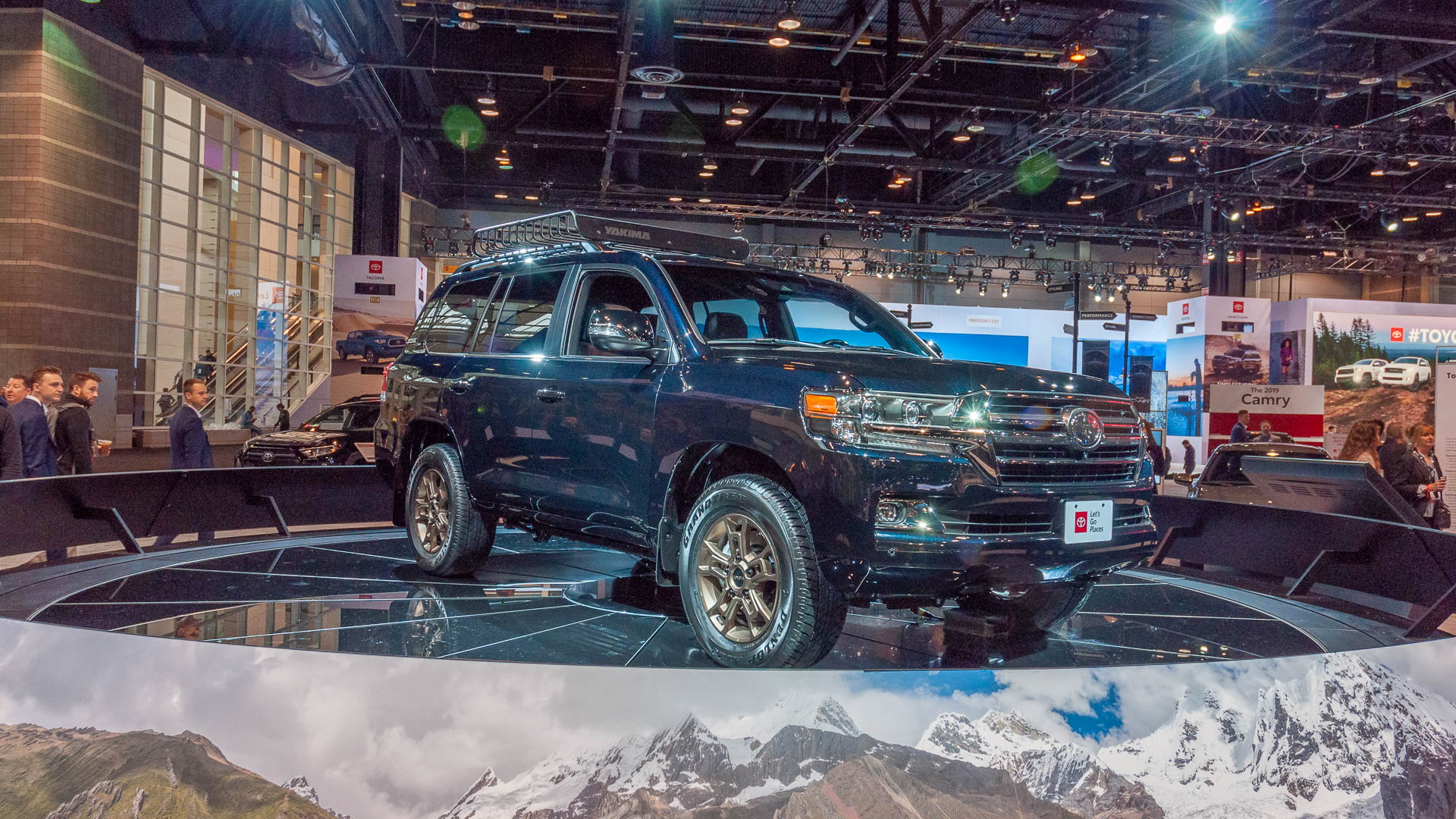 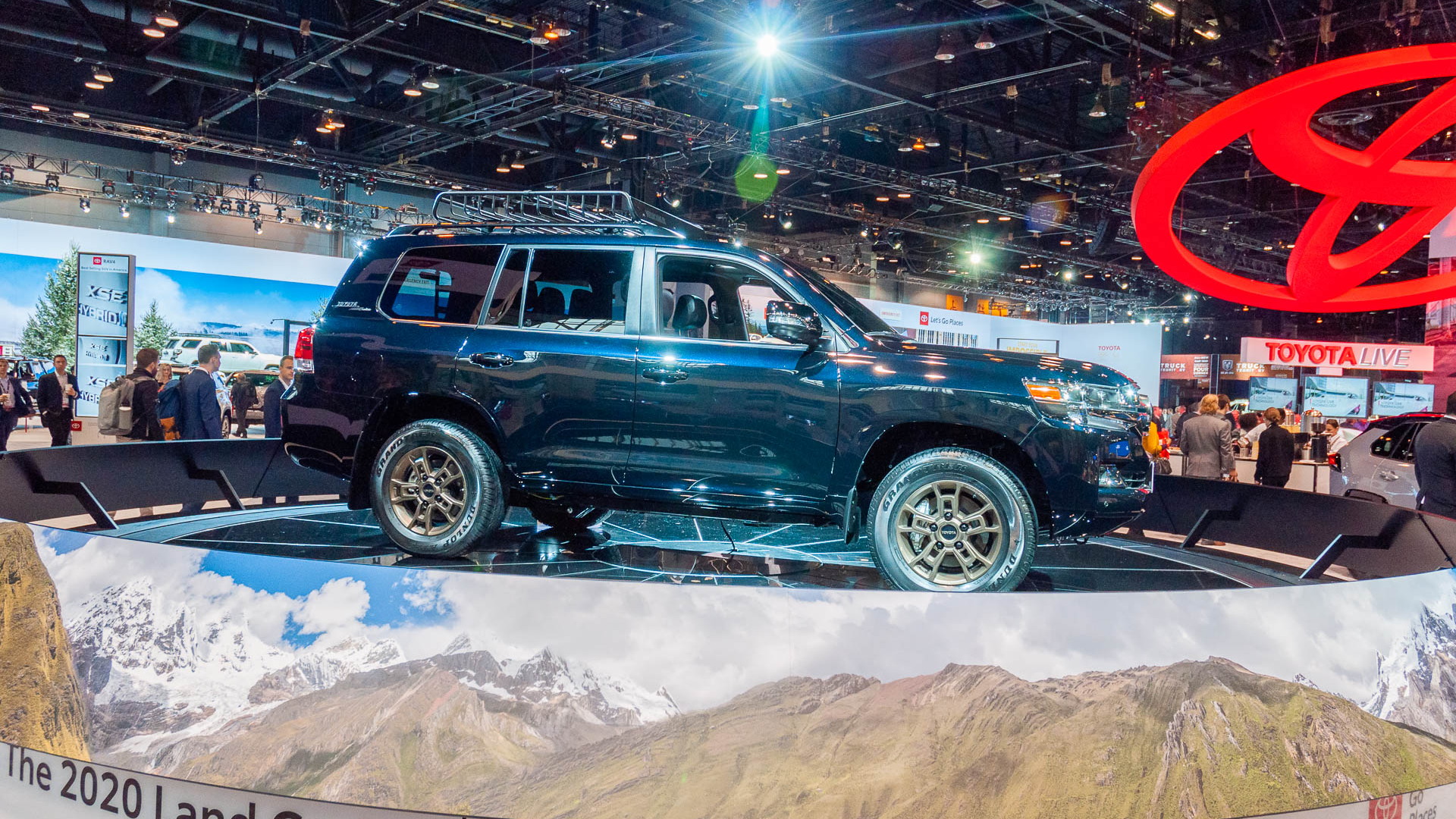 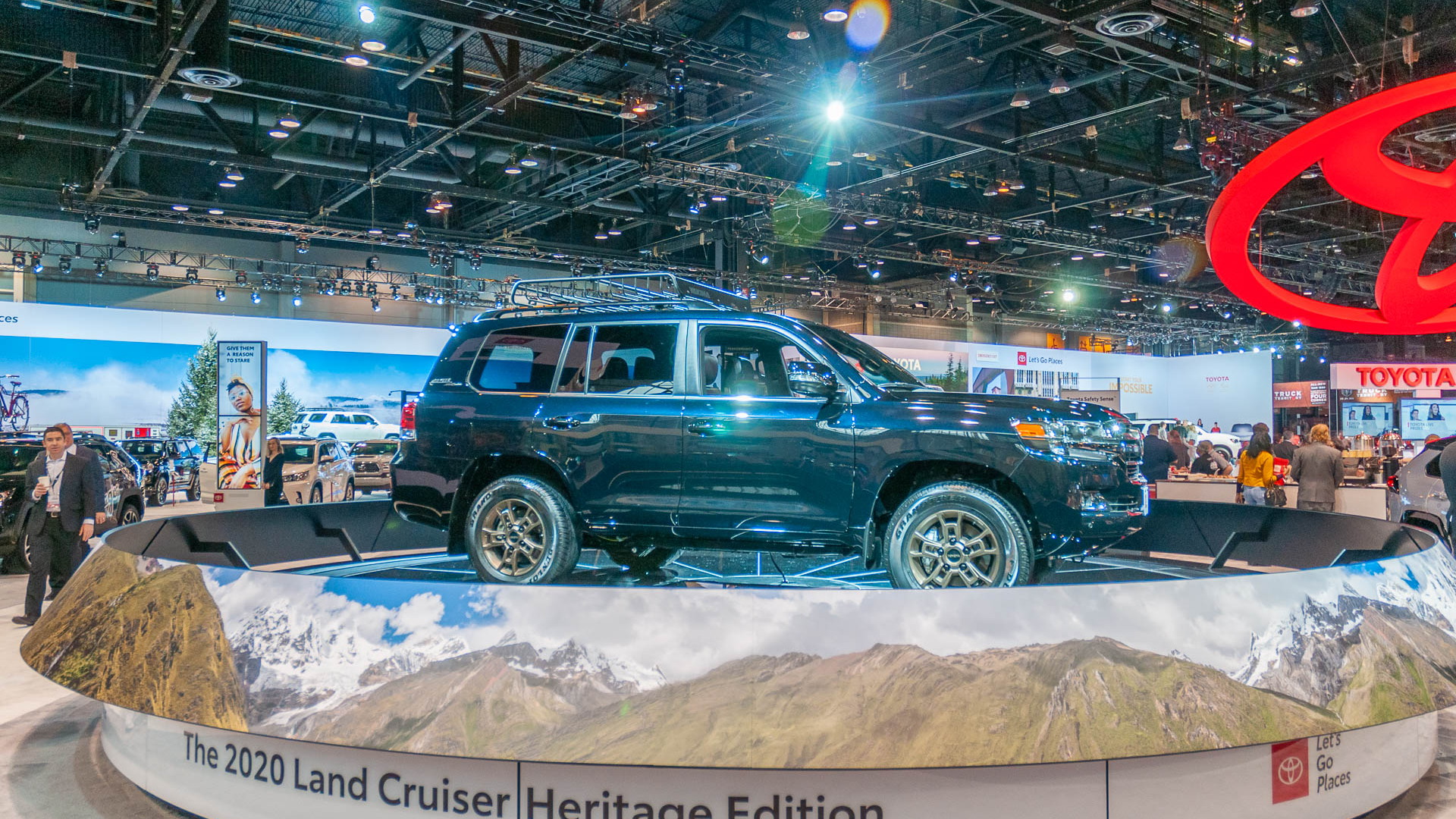 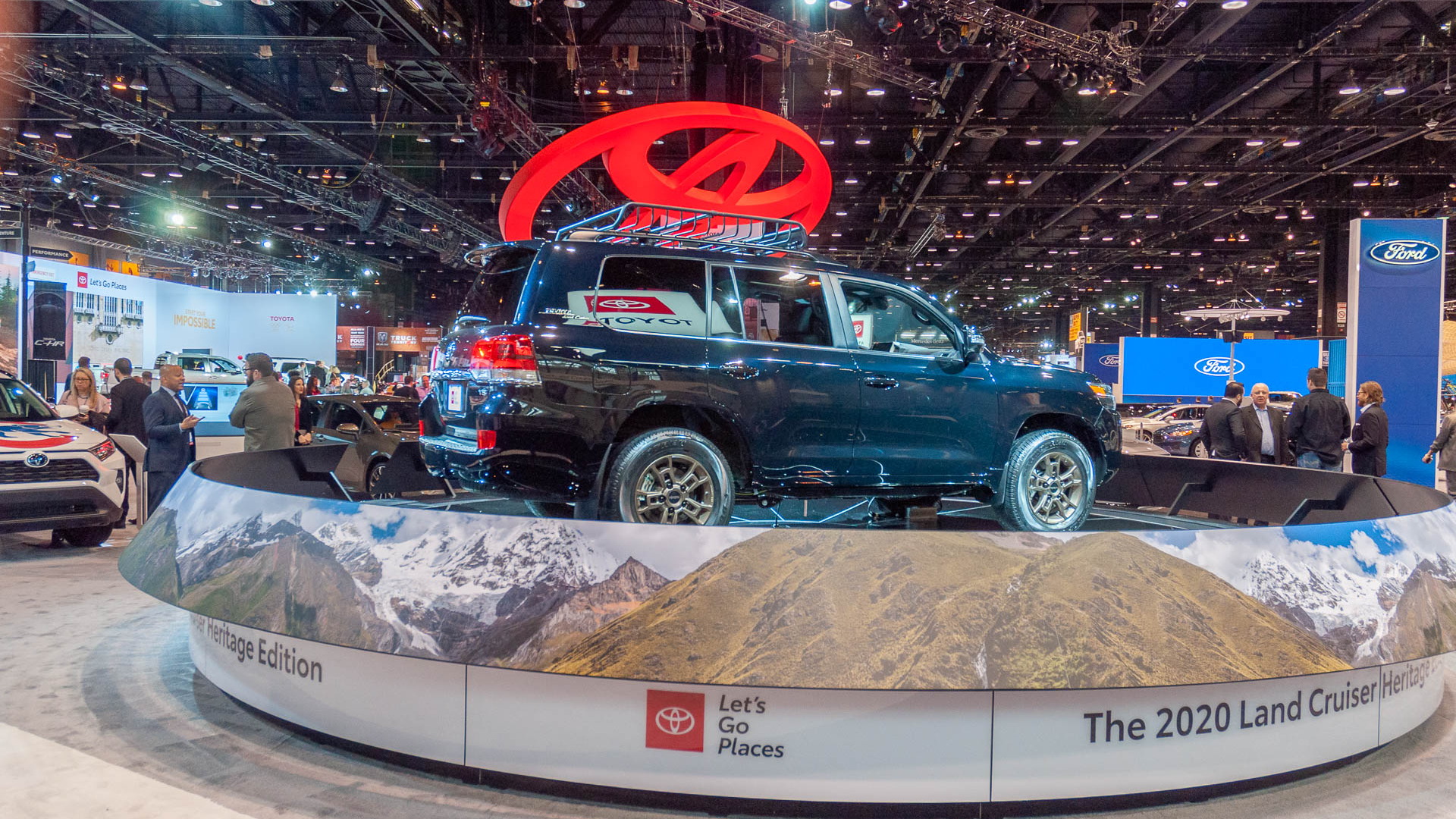 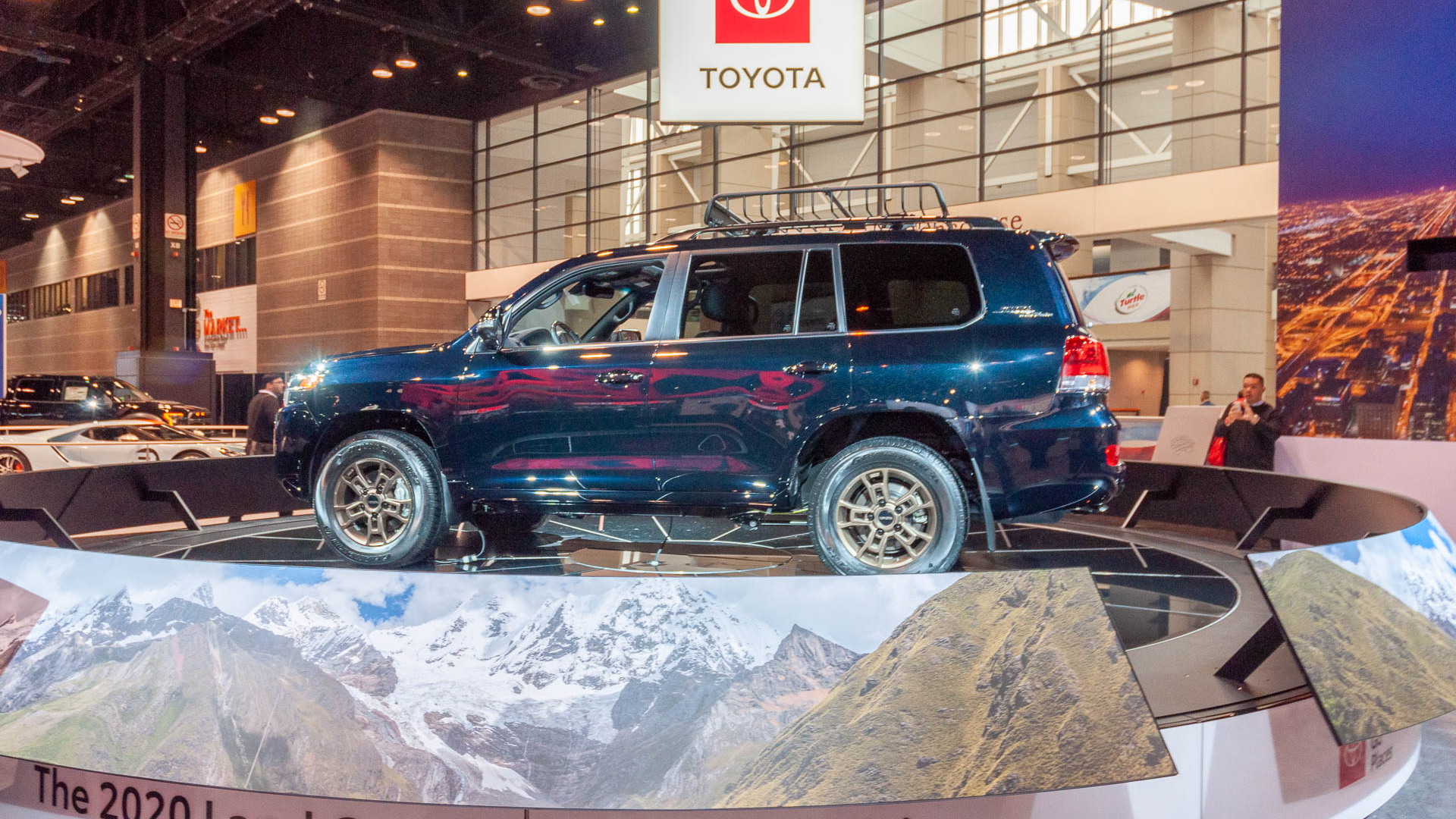 The 2020 Toyota Land Cruiser remains a little slice of 20th-century motoring, but the brand has given the SUV a nostalgic twist with a new Heritage Edition model.

Toyota announced the Land Cruise Heritage Edition on Wednesday ahead of its public debut at the 2019 Chicago Auto Show. It's the little things that make it a special-edition SUV as there are no major changes to the Land Cruiser's beloved and tried-and-true formula.

The model will only be fitted with two rows of seats instead of three for maximum cargo capacity, and the only color options will be Midnight Black Metallic or Blizzard Pearl. The exterior hues wear a unique black grille and vintage-style Land Cruiser badging. Bronze-colored BBS wheels provide a subtle contrast from the monochrome scheme. 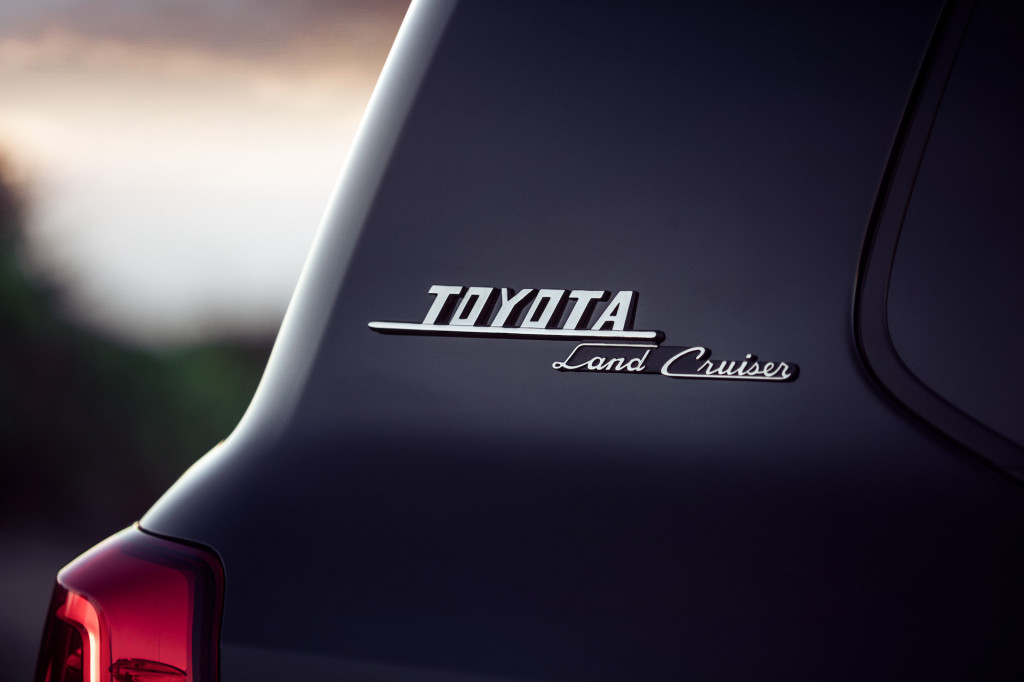 Further, Toyota deletes the running boards and chrome lower-body side moldings, while darkened elements feature in the headlights and fog lights. Black chrome replaces regular chrome accents on the side mirrors and fog light surrounds. Toyota said the entire package is meant to underscore the hulking SUV's elegance while promoting an overlanding kind of style.

Inside, a full black leather interior is standard and bronze stitching plays off the wheels. Luxurious amenities include heated and cooled front seats, a heated steering wheel, a 9-inch infotainment  screen, and premium audio from JBL. The Heritage Edition does delete the center cool box, however, again for more storage. The brand also tosses in a set of all-weather floor mats and a cargo liner to handle the various adventures for which the Land Cruiser is built. 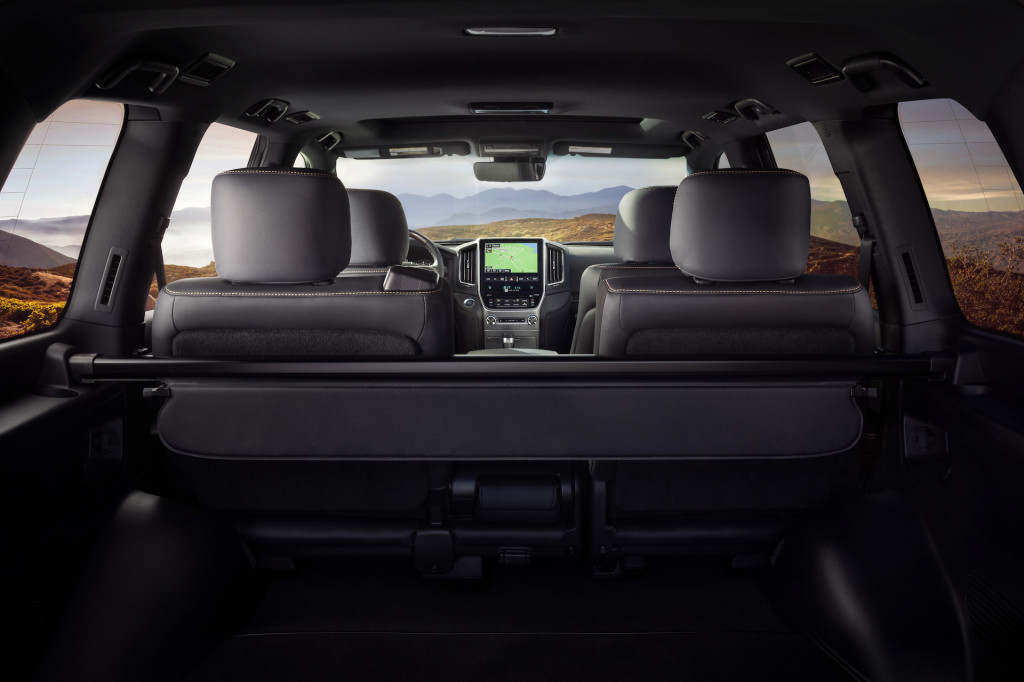 The powertrain remains the same as all other Land Cruisers, which means a trusty 5.7-liter V-8 engine is under the hood. The naturally aspirated V-8 produces 381 horsepower and 401 pound-feet of torque. We've found the engine provides more than enough gusto. Power heads through an 8-speed automatic transmission to a full-time four-wheel drive system with a 2-speed transfer case and a limited-slip rear differential.

Toyota plans to build 1,200 Land Cruiser Heritage Editions. Pricing will be announced closer to its on-sale date this summer.