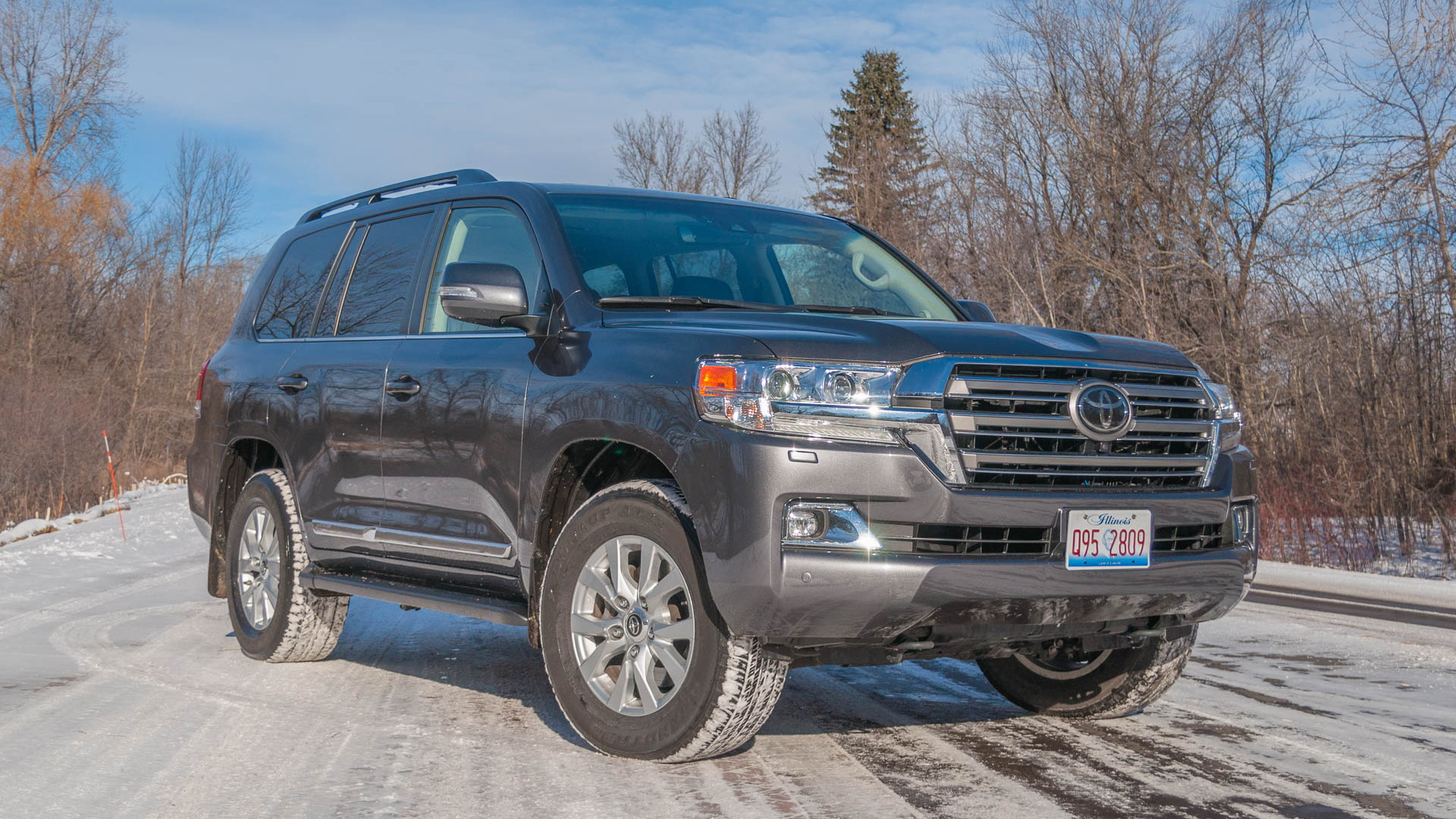 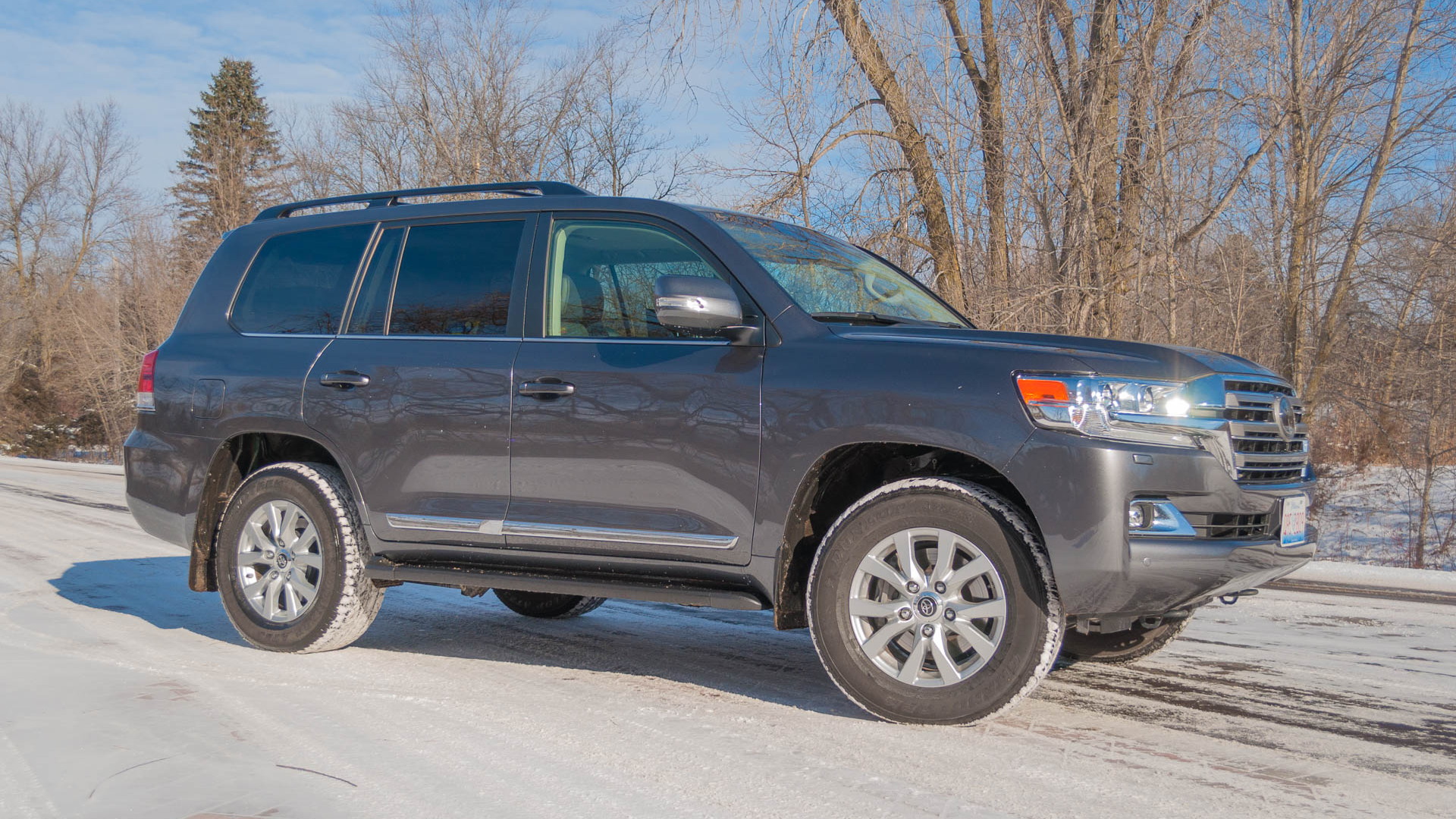 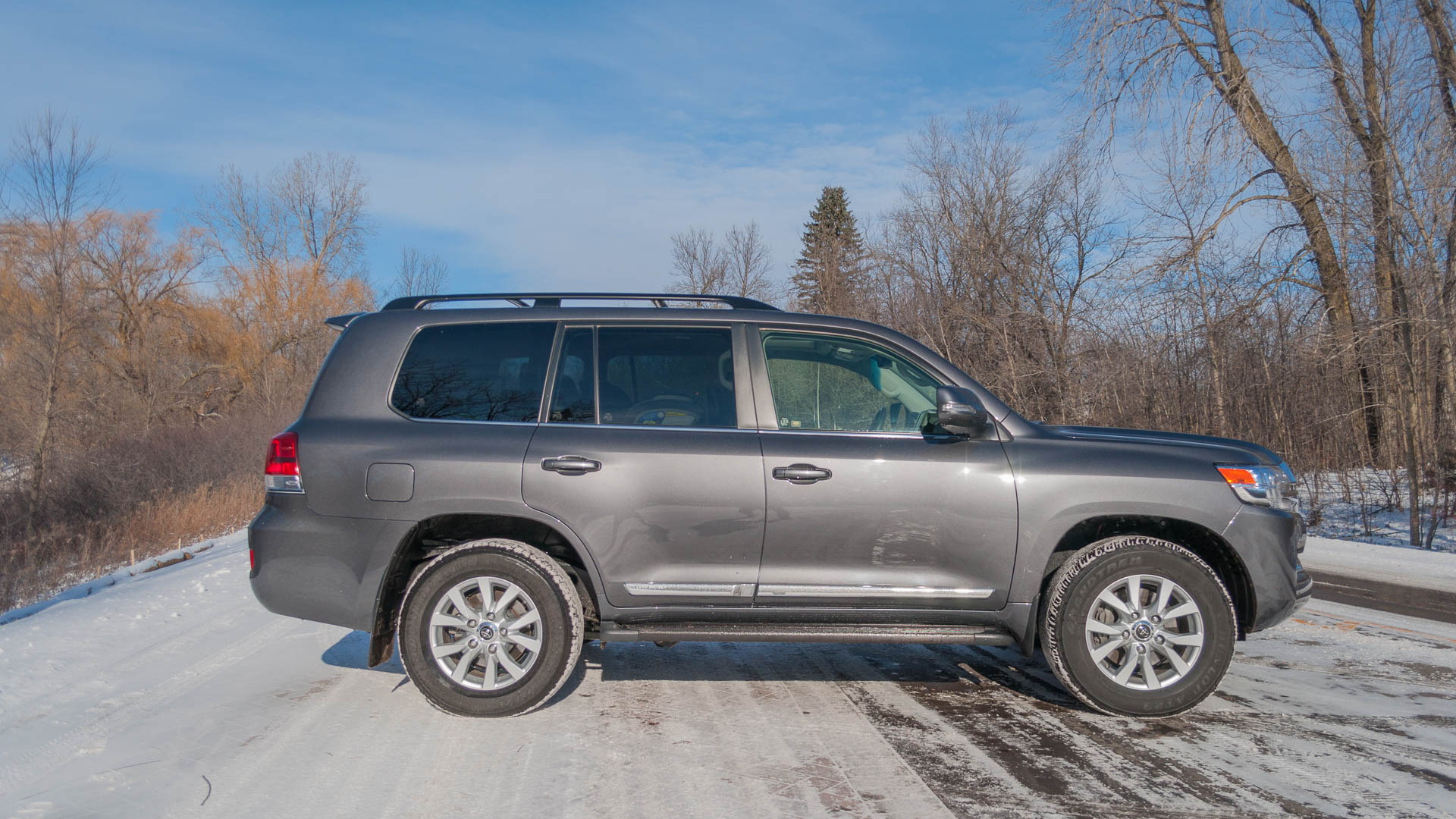 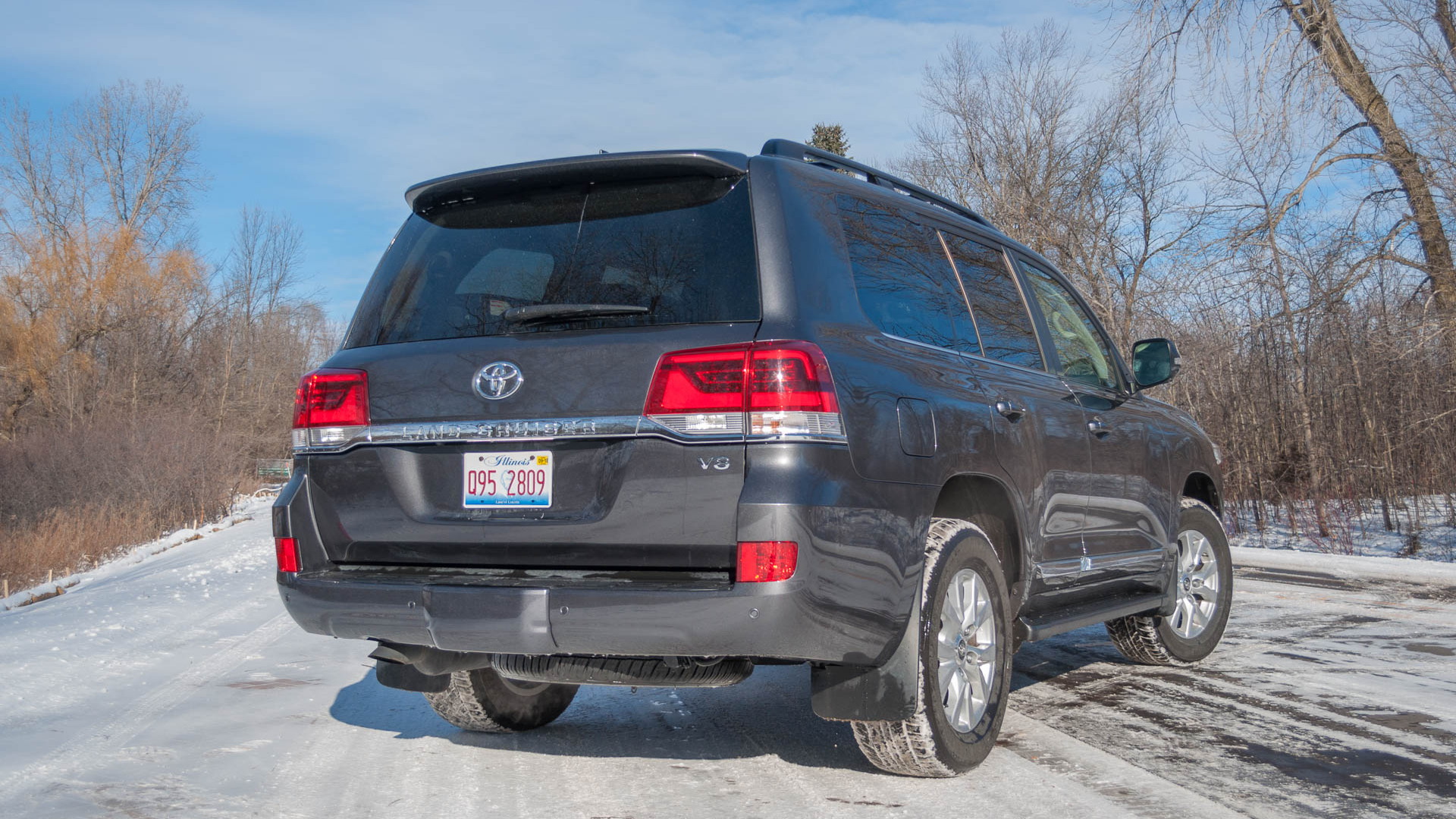 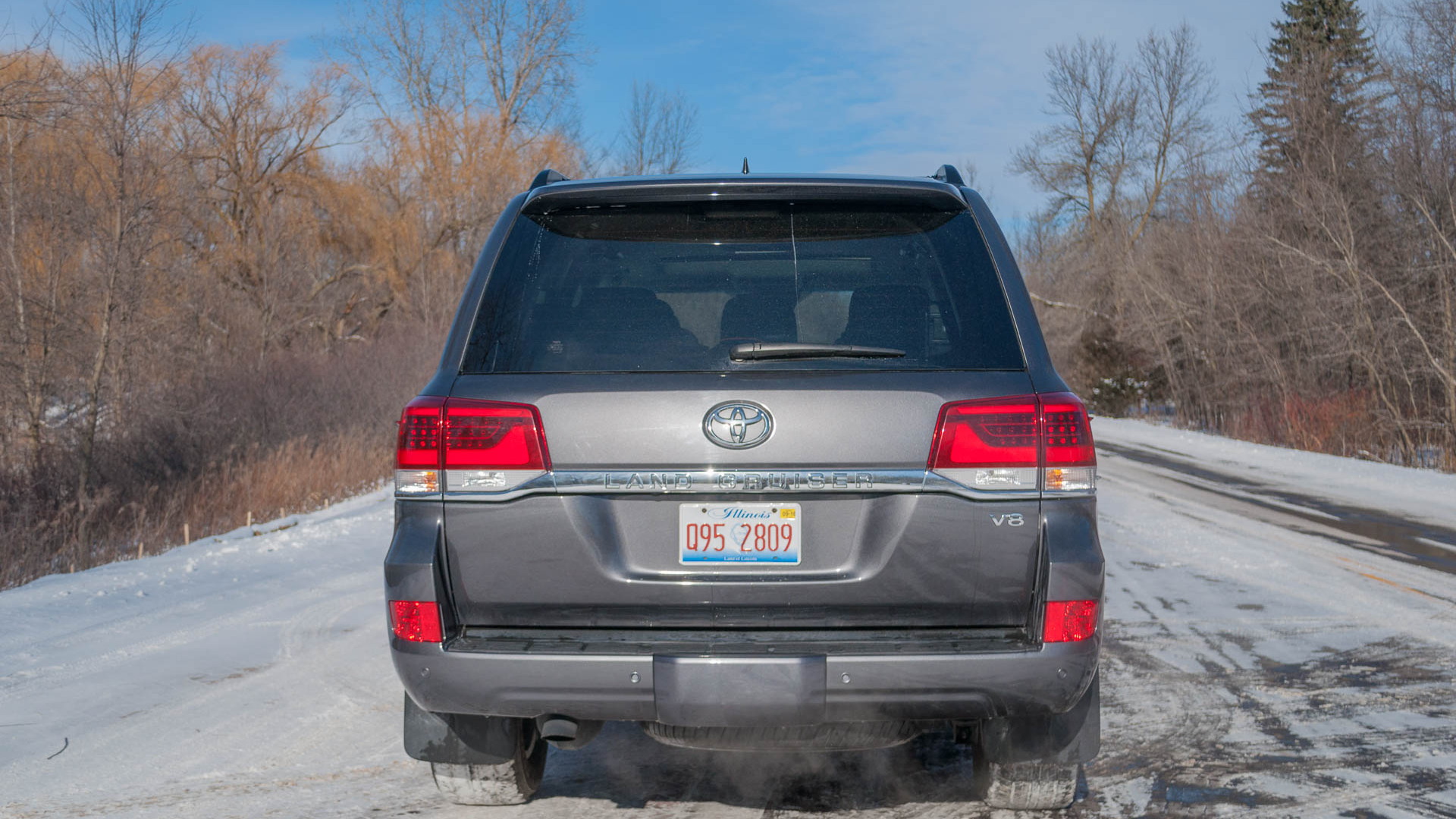 The Toyota Land Cruiser is a dinosaur living in modern times. It roams the roads and off-road trails with zero regard for time marching on, and yet it retains its legendary status in the automotive landscape.

For those who aren't intimately familiar with the Land Cruiser, it can be confounding as to why automotive enthusiasts continue to be infatuated with this relic.

After spending a week with a 2017 example, I have come up with eight things you need to know about this aging SUV with a cult-like following.

If you miss cars from the 1990s, the Land Cruiser should be on your shopping list. It feels like a time capsule with some modern tech thrown in for good measure. Sure, it has a large 9.0-inch touchscreen infotainment system, LED headlights, and modern active safety tech such as automatic emergency braking, lane departure warning, adaptive cruise control, and rear cross-traffic alerts, but it certainly doesn't feel new. Inside, its packaging is limited by its body-on-frame structure. Its interior layout simply can't match larger crossovers, or even newer body-on-frame SUVs in terms of flexibility and storage. The pinnacle of these packaging issues is the third-row seat, but more on that later.

For Toyota Land Cruiser enthusiasts that feel the FJ80 was the pinnacle of the Land Cruiser series, good news: The current FJ200's front end makes the vehicle look like the FJ80's (1990-1997) great grandson.

The driving experience is also old-school, and that's our next topic.

The Land Cruiser weighs in at a hefty 5,815 pounds, but with 401 pound-feet of torque and 4-wheel drive on tap, it offers strong acceleration when needed. This isn't a sporty vehicle, though, so it feels most at home when cruising down the road in a relaxed manner. In fact, it feels somewhat unnatural to try to hustle it, either in a straight line or around a corner. The ride is surprisingly comfortable given its ladder frame construction, but this beast wants to lean over in turns. Toyota does its best to remedy this issue with active roll bars that are part of its standard Kinetic Dynamic Suspension System. The front bar is a massive 1.68 inches in diameter, and these bars can disconnect to allow for wheel articulation when off-roading. While the 8-speed automatic delivers smooth shifts in general, the 1-2 and 2-3 shifts can sometimes be sloppy, and this transmission can occasional get confused when pressed hard.

With a large 5.7-liter V-8 producing 381 horsepower and the aforementioned 401 lb-ft of torque, the Land Cruiser has the power to climb whatever it is you need to climb. Couple this to a full-time 4-wheel-drive system, a chunky solid rear axle, enormous sway bars with a hydraulic disconnect system, big brakes, and a stability control program that is deeply integrated into its off-road package, and the Land Cruiser can pretty much go anywhere. Clearance? Not an issue with an approach angle of 30 degrees, and 9.5-inches of travel in the rear to help articulate the wheels over whatever you need. There's low-range for the 4-wheel-drive system, and the locking center differential can shift from 50 to 70 percent of the available torque to the rear wheels.

That's all from the factory. If you want to go really nuts there's an entire aftermarket dedicated specifically to the Land Cruiser. You can make it conquer pretty much anything in the world if your pockets are deep enough, though it can handle carpool duty and the local Starbucks parking lot with ease no matter the weather right from the factory.

The thrones up front are wide, supportive, and supremely comfortable for an entire day of off-road adventures, or just a long road trip. Heated, cooled, and covered in soft leather, the front seats make excellent perches that wouldn't be out of place in the Lexus LX 570, the Land Cruiser's corporate cousin. In the second row, the story is more of the same. The seating surfaces are covered in leather and the seats are quite comfortable. The third row isn't as accommodating; the seats are jump seats that fold up against the sides of the cargo area. You will be fine putting the kids back there for occasional use or for a short trip to the grocery store, but don't expect to put an adult or car seat in the third row.

With a base price $85,520, the Land Cruiser is incredibly expensive. A single option package is offered for $2,220 and adds a rear seat entertainment system. The Land Cruiser is the most expensive vehicle to wear the Toyota badge by a long shot, and it competes with the GMC Yukon Denali, Cadillac Escalade, Lincoln Navigator, Audi Q7, Mercedes-Benz GLS-Class, and even a base Range Rover in terms of price. All of those vehicles are far newer, have far nicer interiors, and sport flashier exteriors. How can one justify the price? The Land Cruiser has capabilities that only the Range Rover can match, and its reliability is legendary around the world. It's also built like a tank.

Pre-2007 Land Cruisers relied on locking differentials and 4-wheel-drive systems coupled with driver skill to conquer off-road situations. The current Land Cruiser is light years ahead of those older models. While it still features a locking rear differential, it now has an impressive list of off-road aids engineered into it. There's a hill-descent control program that's like cruise control for clambering down steep grades, a hill-start assist program to help keep the Land Cruiser stationary when starting on a steep incline or slippery surface, and CRAWL control which modifies throttle and braking to one of the five pre-programmed settings developed for different surfaces such as mud, rocks, sand, or snow. Perhaps most impressive is an Off-Road Turn Assist feature that pulses the rear inside brake to drag the tire and thus enable the Land Cruiser to make an even sharper turn when in tight quarters.

Should you purchase the Land Cruiser, you'll want a decent budget for fuel. The EPA ratings are 13 mpg city, 18 highway and 15 combined. Those fuel economy ratings are nothing if not accurate. Around town I observed an average of 13.2 mpg, and that crept up to 14.4 mpg in mixed suburban driving. It has an 8-speed automatic transmission, but even that can't counteract the physics of a 5,815-pound lumbering beast. Even with a 24.6-gallon fuel tank, you will likely want some Jerry cans with extra fuel should you decide to go on a remote off-road adventure.

It's not for everyone

With its high price tag, penchant for guzzling gas, the fact that that nearly any crossover or large 3-row SUV will serve most family needs better, and its understated looks, the Land Cruiser doesn't have a lot going for it for the average buyer. But for those select few who buy the Land Cruiser for all the right reasons, you'll end up with one of the most capable and legendary vehicles on the market today. It will probably last the test of time, too.