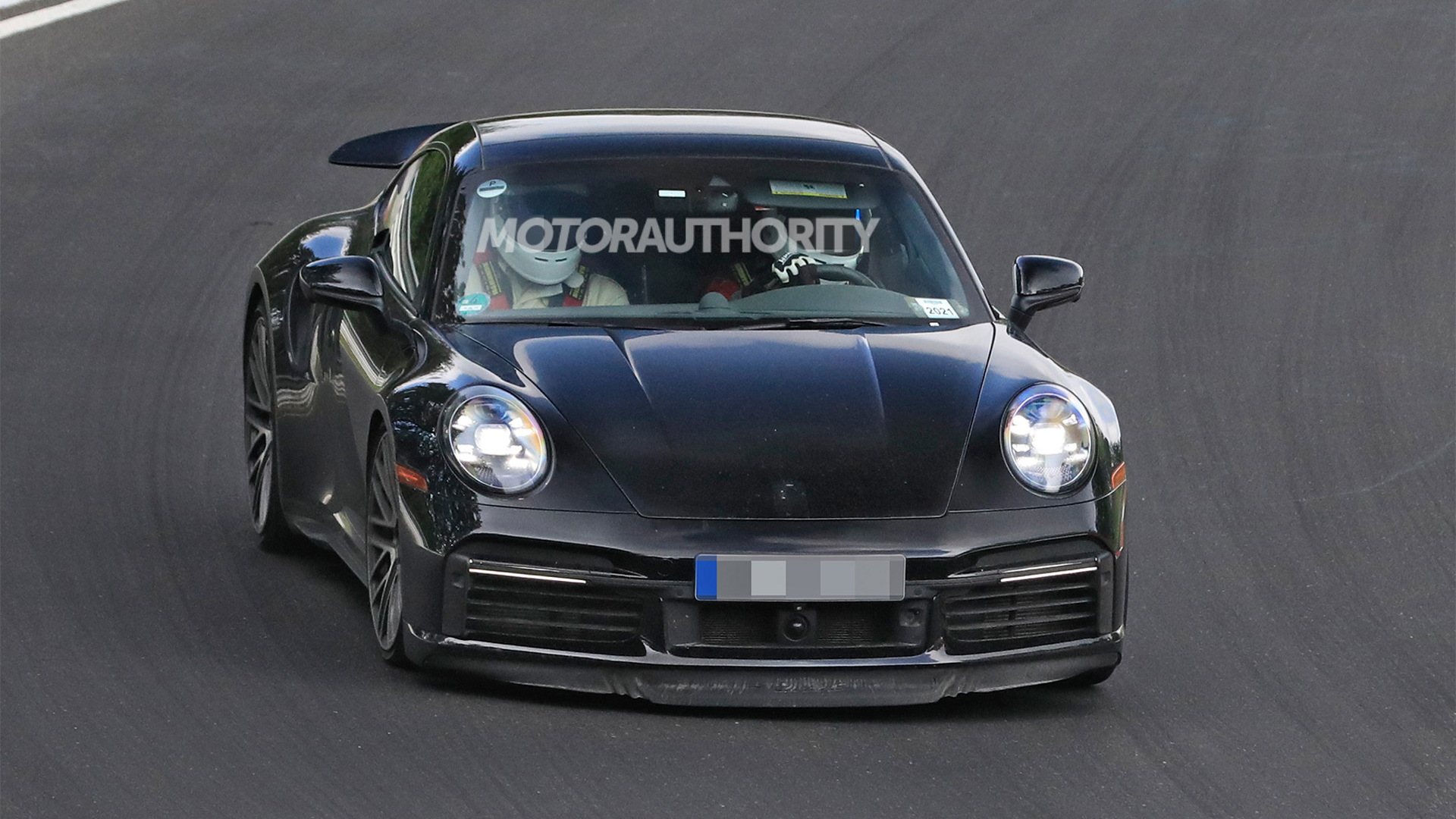 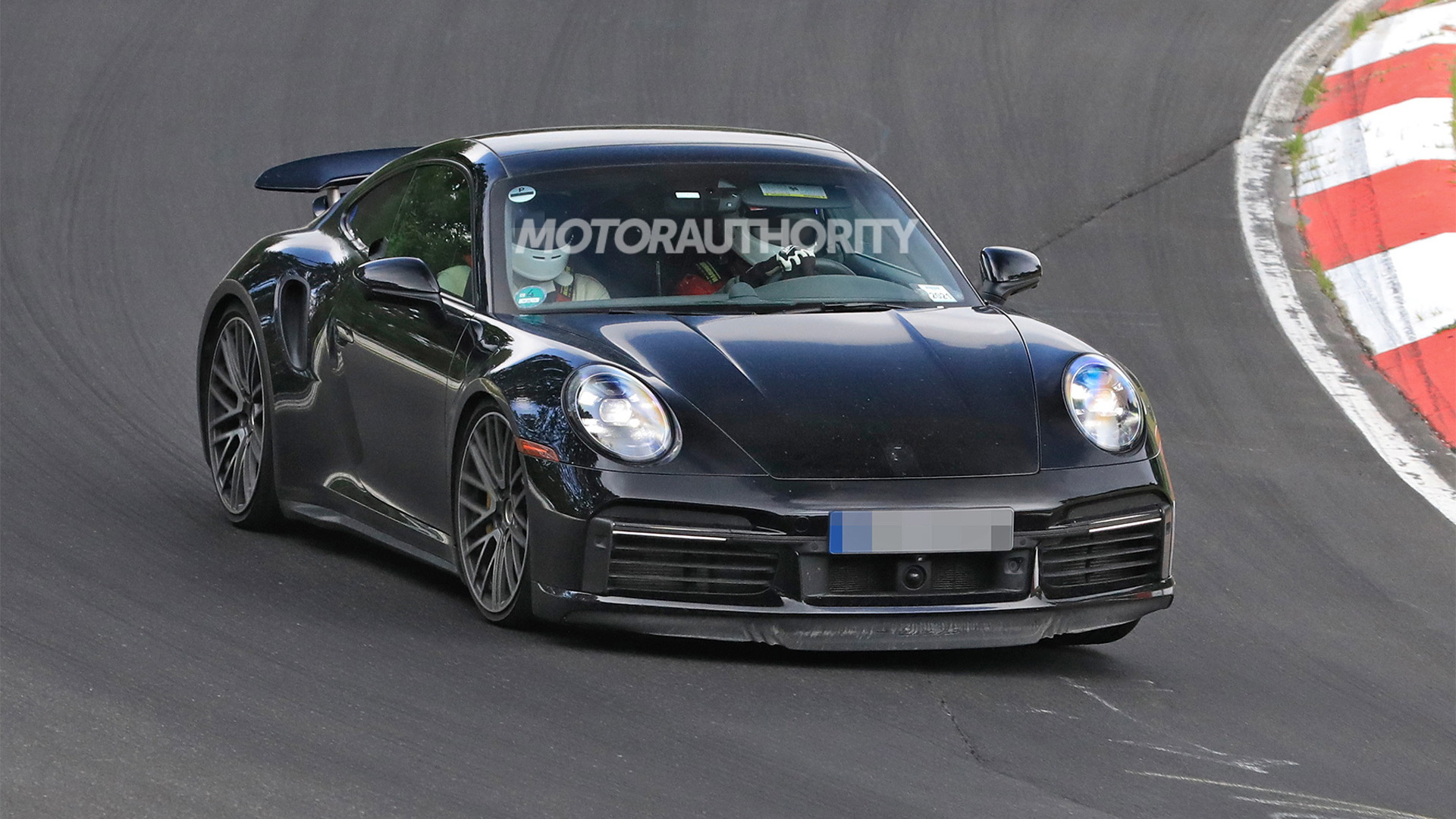 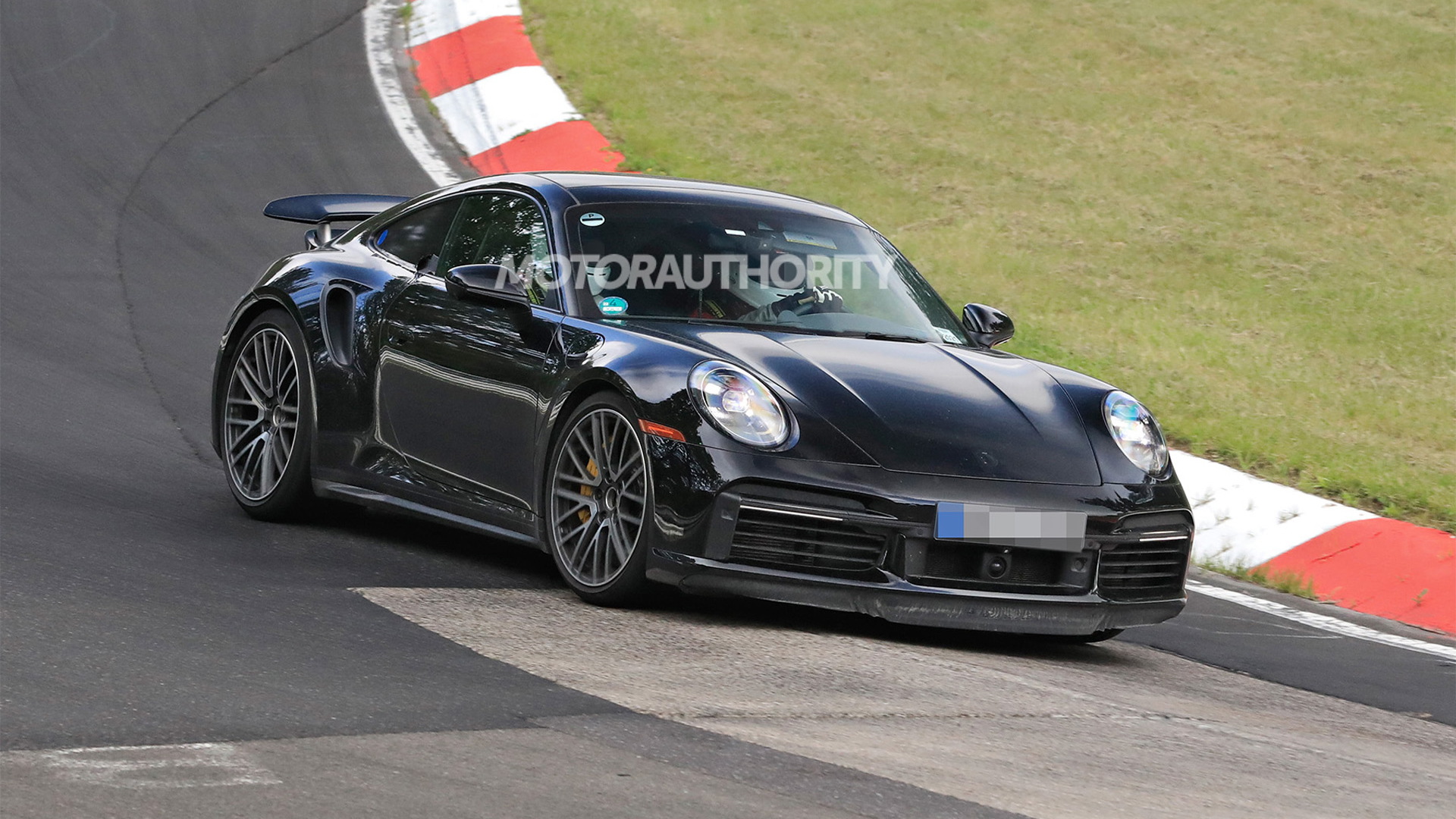 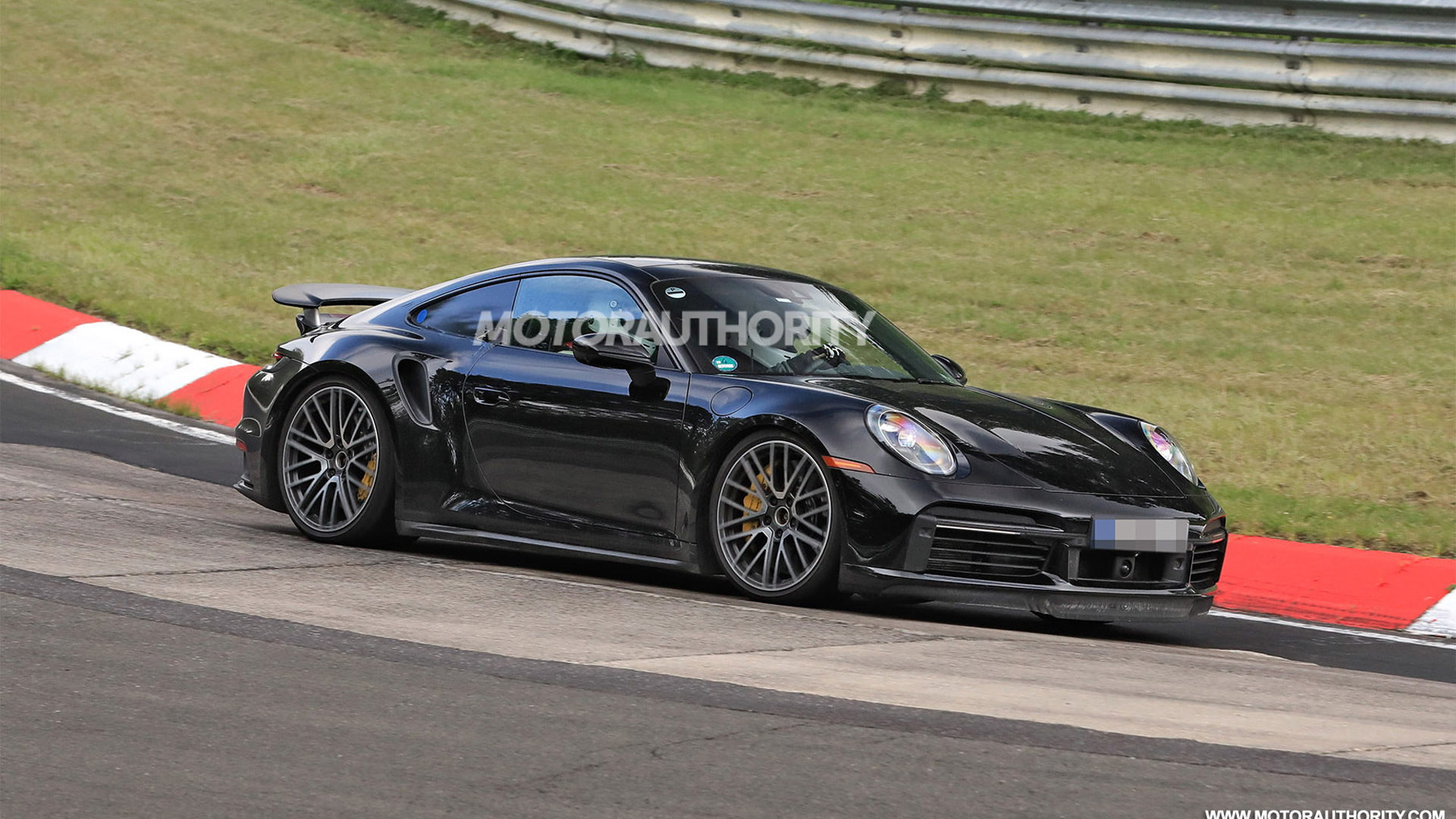 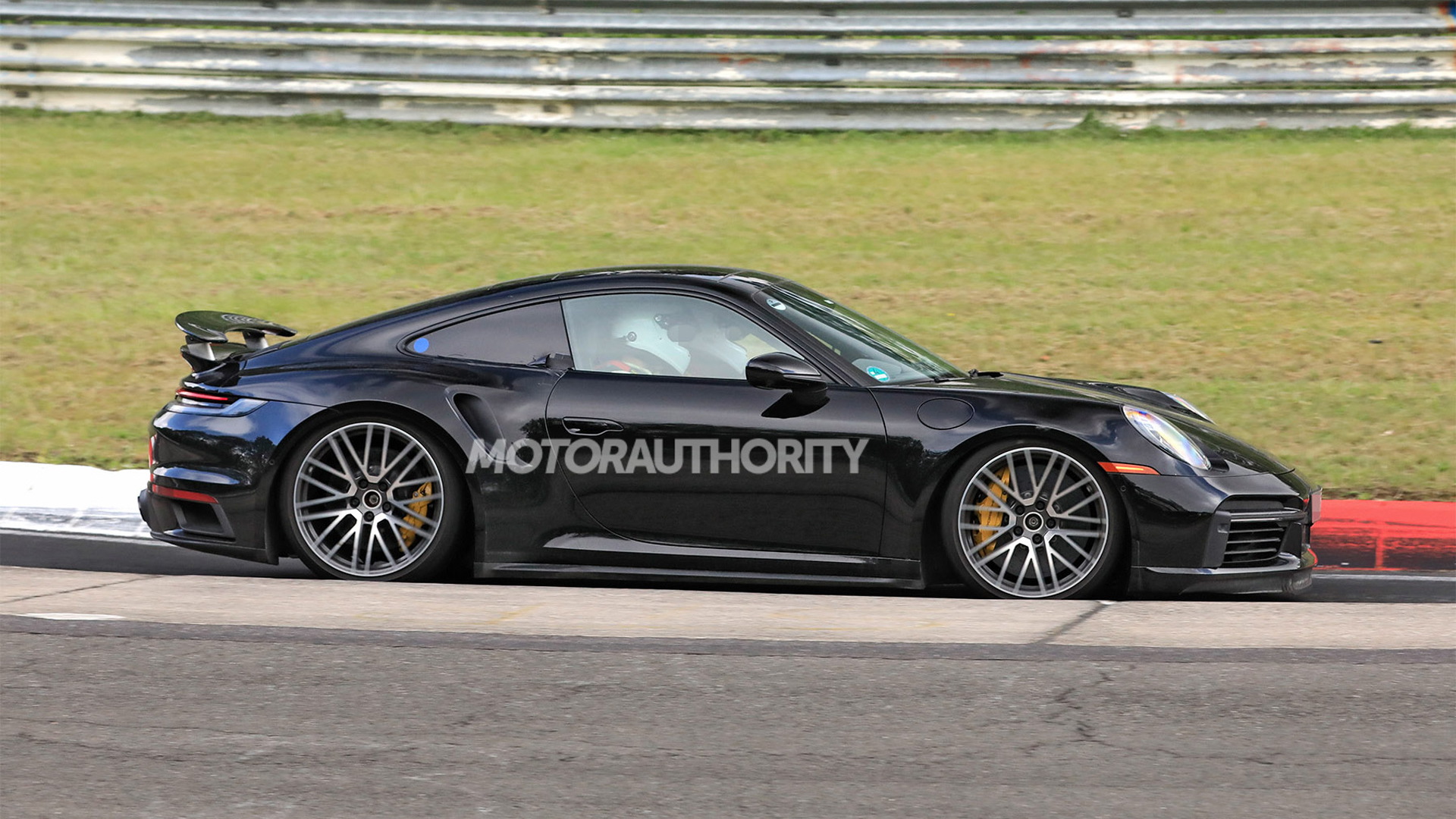 Porsche has ruled out an electric 911, at least for now, but hybrid technology is definitely on the cards. In fact, it's planned for the current 992 generation.

The latest spy shots and video reveal that Porsche is already evaluating early test mules for a 911 hybrid. The car being tested may look like a current 911 Turbo, but the yellow sticker on the rear is an industry requirement for electrified test cars in some parts.

The rear section has also been blacked out. This is also a common feature for electrified sports cars at the early stage of development, as engineers often place new hardware to be tested in the rear of the vehicle. This hardware will eventually be moved within the body at the prototype stage.

The spy video suggests there's a lot of work to be done still. The tester bounces around and looks downright unruly as it's flung around the Nürburgring, likely due to extra weight from all the hybrid components. It's thought the extra space required for all the hardware was one of the reasons the footprint of the 992 generation was made larger than the previous 991.

According to our source, the 911 hybrid will use a 400-volt electrical system instead of an 800-volt system like the Taycan battery-electric car. The higher voltage system is better suited to rapid charging, which isn't necessary for a hybrid which will have a smaller battery.

What isn't clear is whether the car will feature a plug for charging, or whether it rely solely on a combination of engine power and brake energy (and possibly exhaust energy) regeneration. A plug-in hybrid is probably more likely, so that the car can offer a decent electric range—a must in cities that are increasingly requiring vehicles to have zero-emission modes.

As for the electric motor, it will likely be integrated with the transmission. Former 911 chief August Achleitner told Motor Authority in a 2019 interview that the 992-gen 911's 8-speed dual-clutch transmission is the same unit used in hybrid versions of the Panamera.