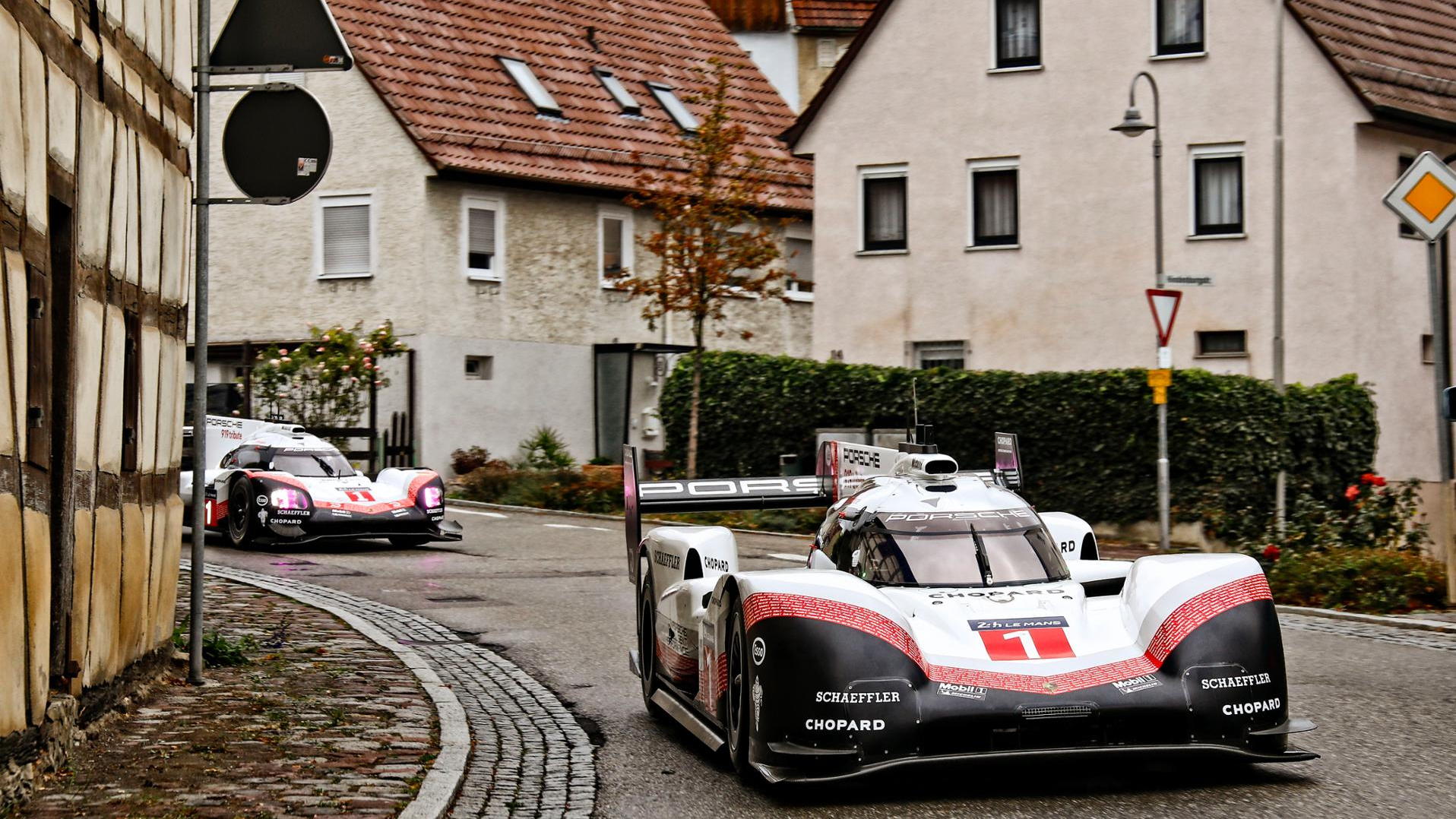 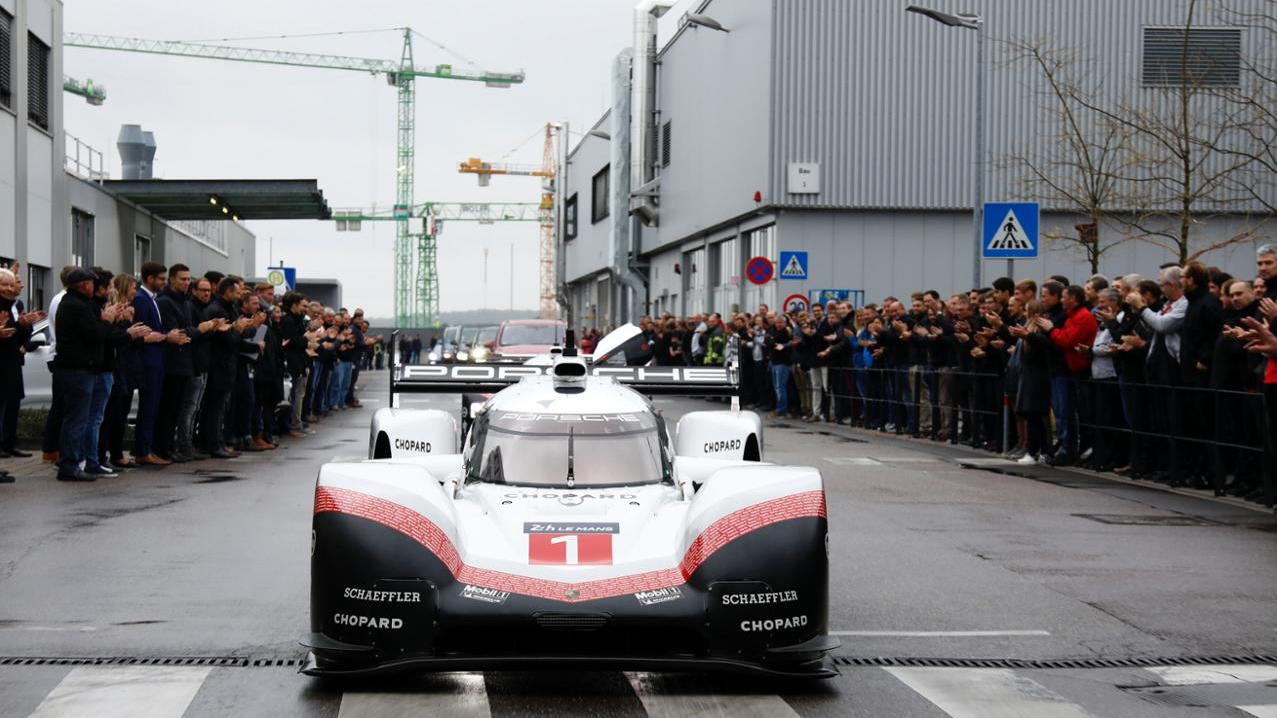 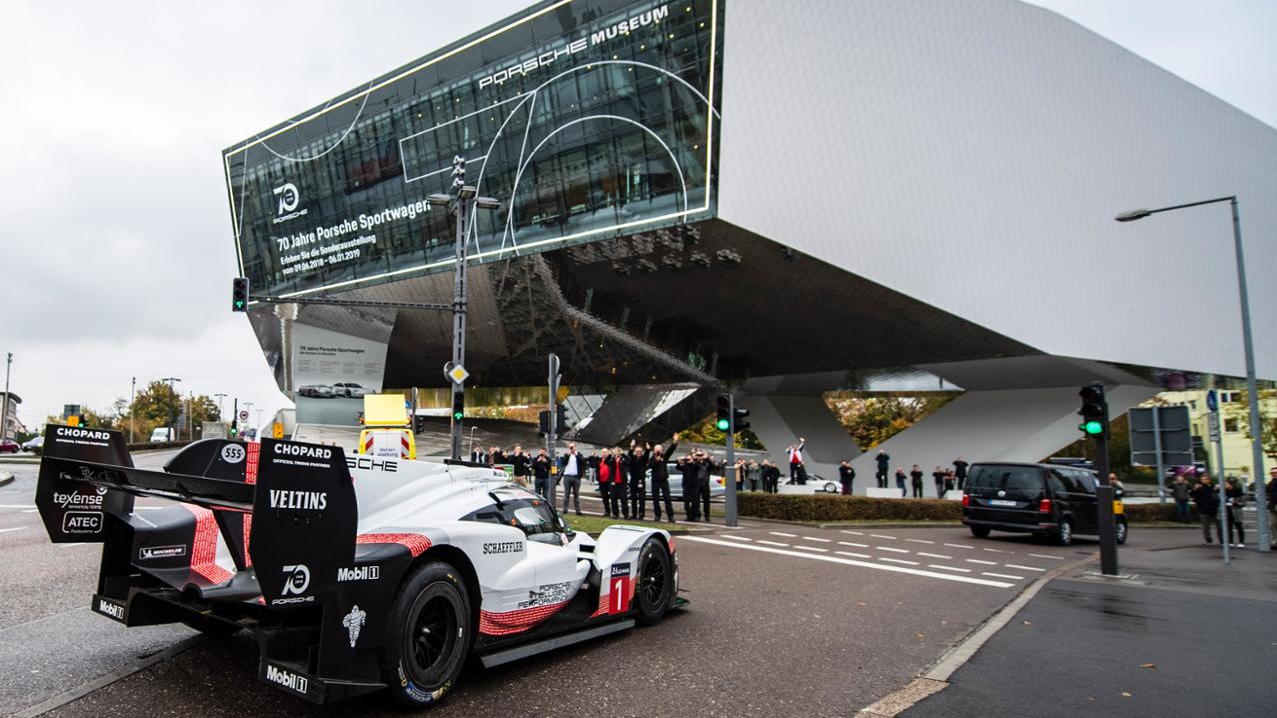 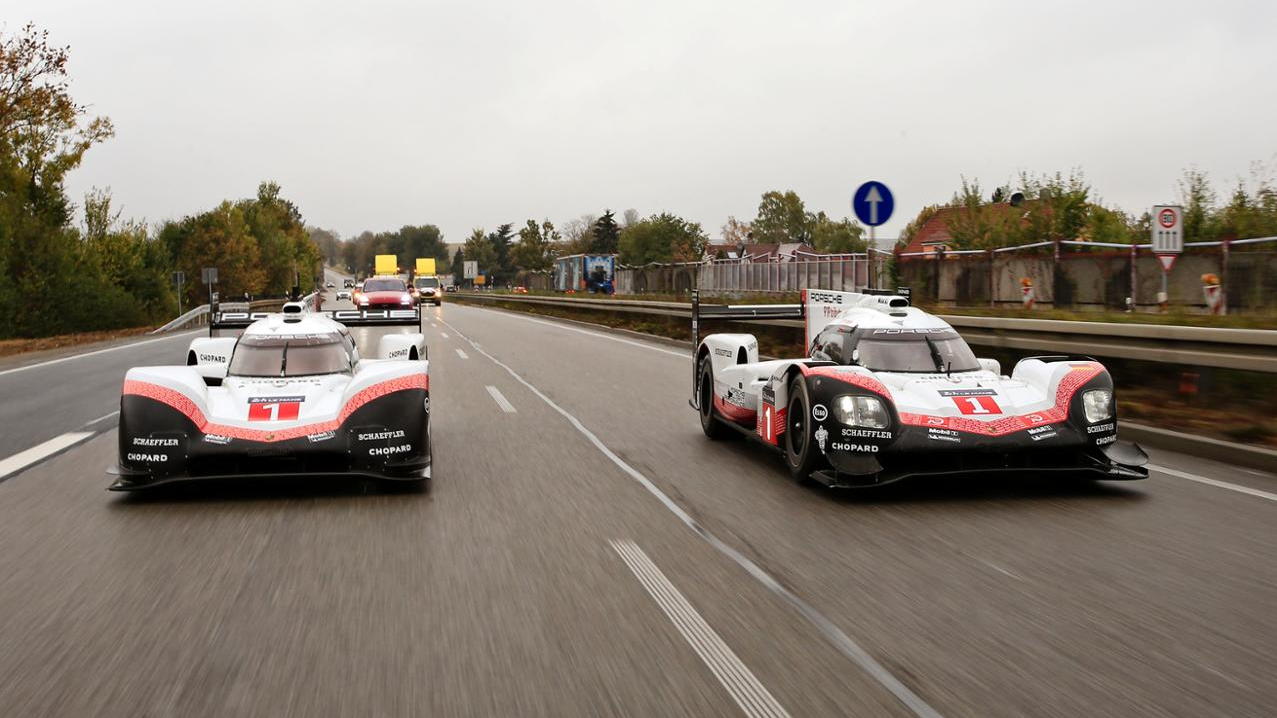 Porsche's epic adventure has come to a close, the German luxury brand revealed on Thursday. Escorted by police, Porsche moved the 919 Hybrid LMP1 car and the 919 Evo on public roads to a permanent residence at the Porsche Museum in Zuffenhausen, Germany. A couple of storied race car drivers did the driving.

Mark Webber, who won nine Formula 1 races and took the 2015 World Endurance Championship in the 919 Hybrid, was behind the wheel of the 919 Evo. Marc Lieb, who won the 2016 WEC title and that year's 24 Hours of Le Mans in the 919 Hybrid, piloted the 919 Hybrid as it appeared in its most recent WEC racing trim. The duo traveled from Porsche's research and development facility in Weissach to the Museum. While the trip totaled just 15.5 miles, it marked the end of a journey that's taken the 919 Evo around the world.

Free from the restrictions of WEC racing, Porsche engineers unlocked the power from the hybridized 2.5-liter 4-cylinder powertrain from about 900 horsepower in racing trim to 1,160 horsepower in the 919 Evo. Porsche then gave fans across the globe a chance to see the iconic race car roar and shout its way to a few final bits of on-track glory.

The 2018 919 Tribute Tour set records at Spa-Francorchamps and the Nürburgring. The crowds at the Goodwood Festival of Speed saw it run up the famed hill climb course. It ventured across the ocean to thrill Porsche fans at Rennsport Reunion VI, where it came within two seconds of the WeatherTech Laguna Seca Raceway track record. Now it's back in Germany where it will enjoy a cozy life as a resident of the Porsche Museum. That doesn't mean it will sit still, though. The Museum exercises its cars regularly and brings them out to vintage racing events.

Those who didn't catch the 919 Evo on tour or see the 919 Hybrid run in WEC events can learn more thanks to a new book called “Legendary – The Porsche 919 Hybrid Project.” It goes on sale in December anywhere you can by motorsports books, including at the Porsche Museum.

With these two cars tucked away at the Museum, Porsche closes a chapter in its motorsports history and opens a new one. The brand will begin racing in Formula E all-electric series in 2019.