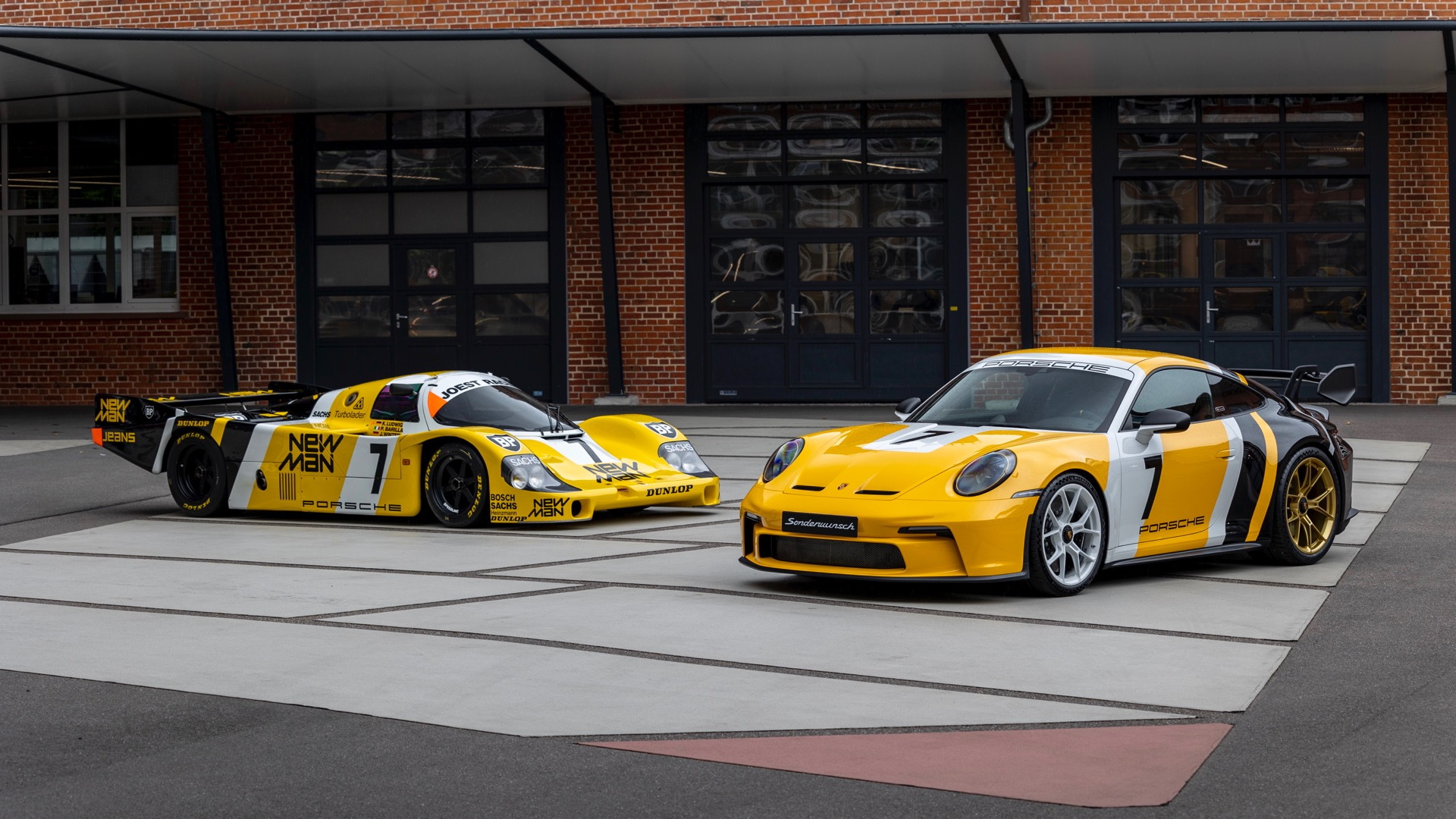 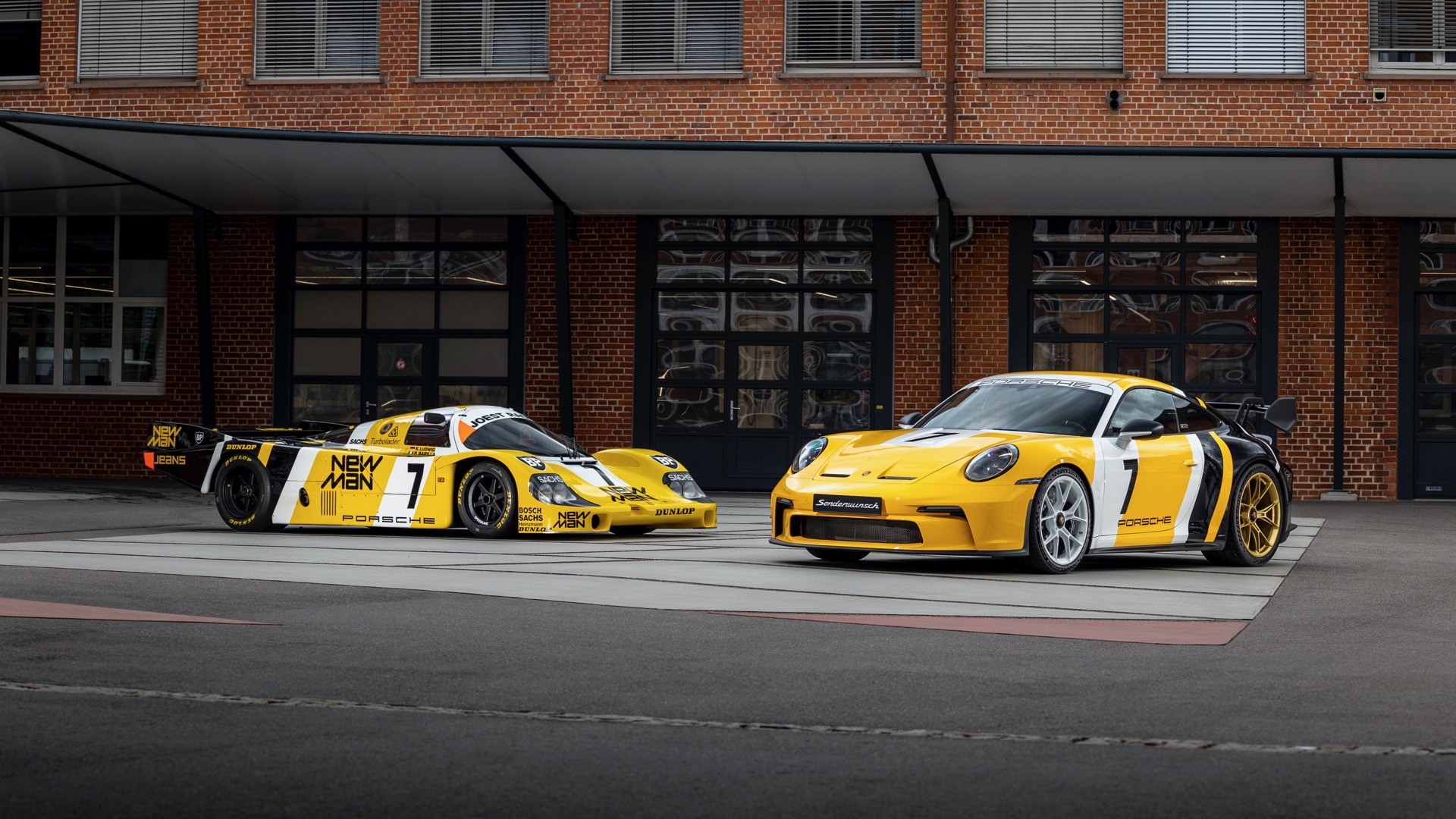 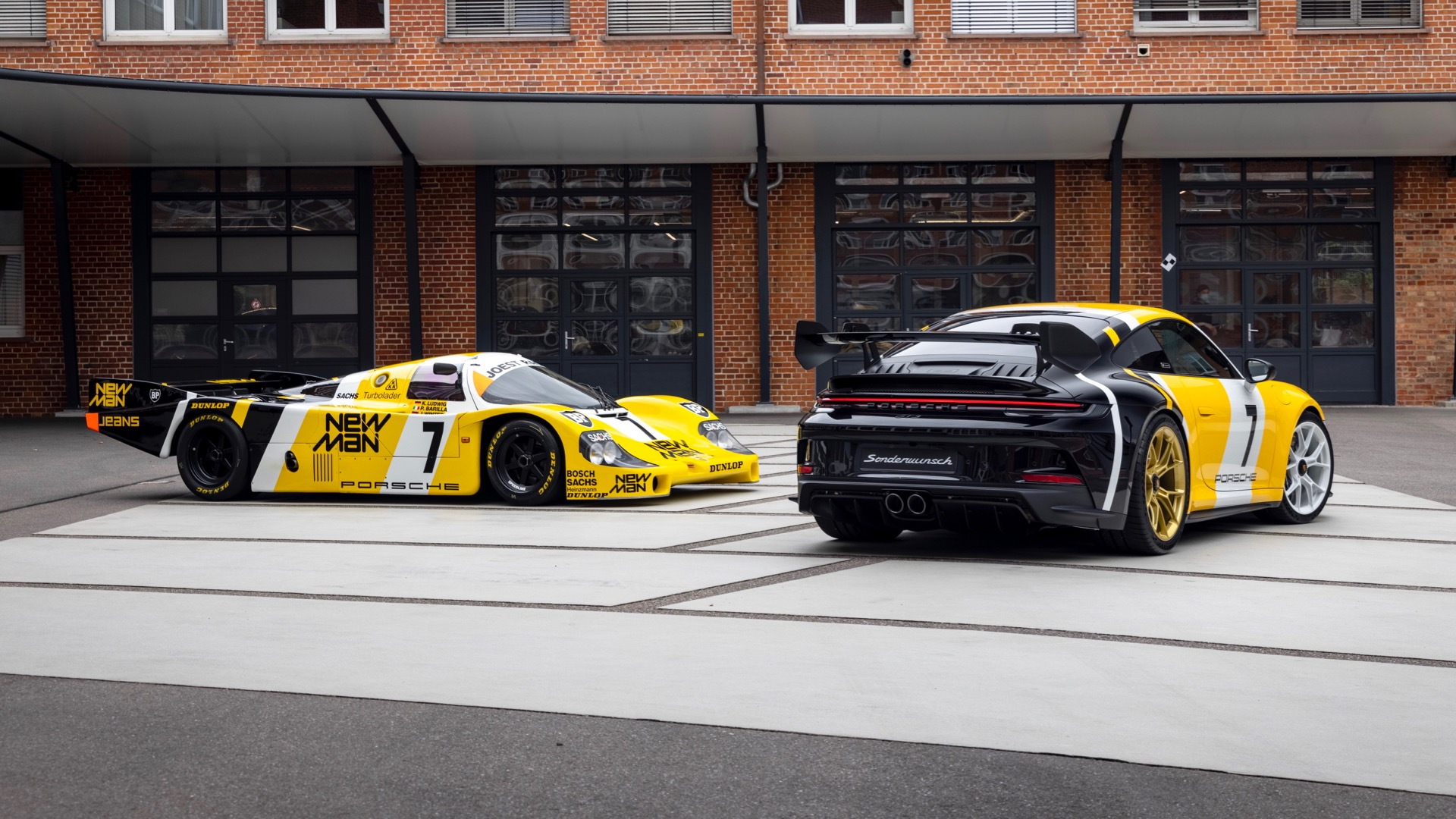 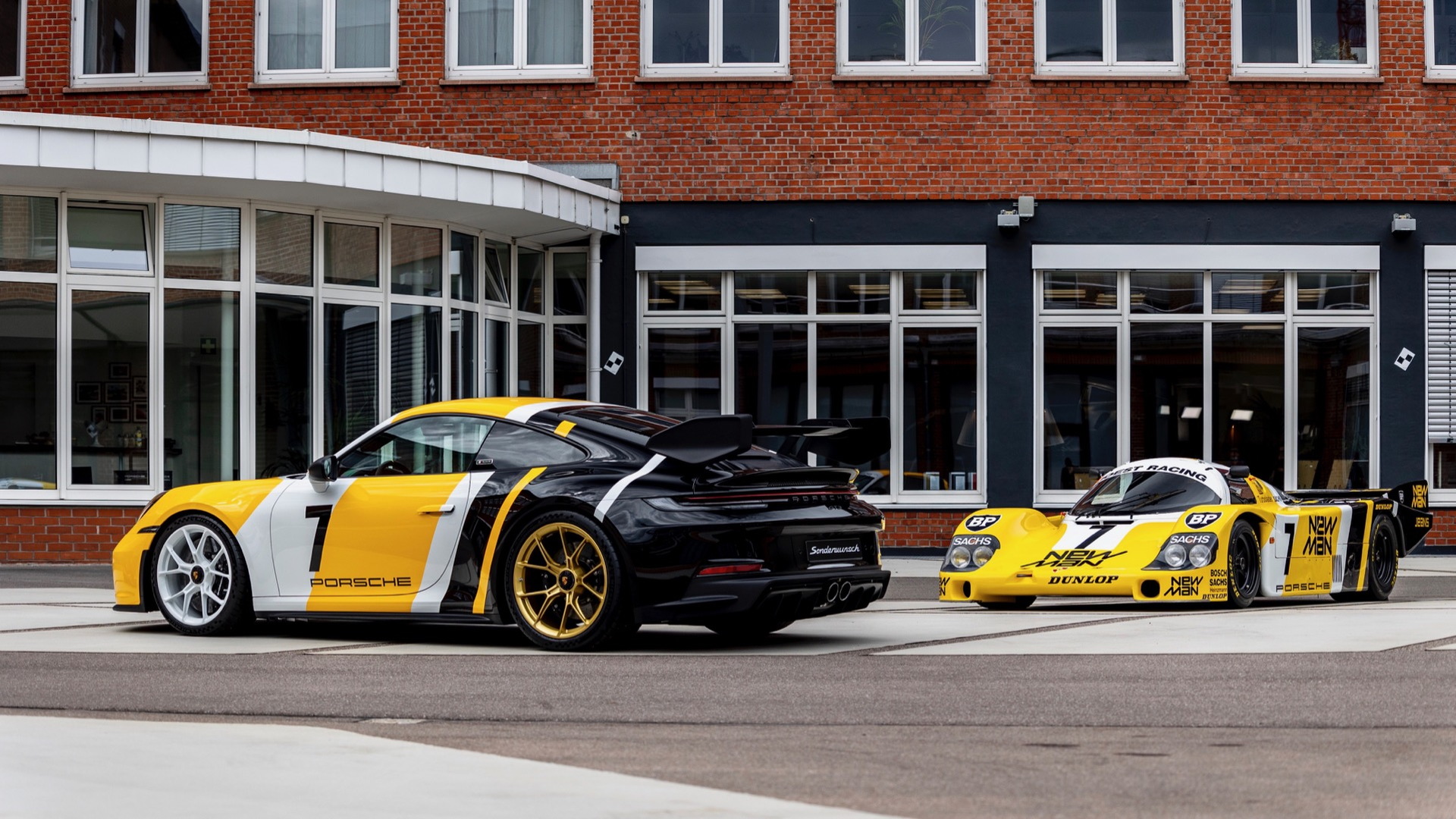 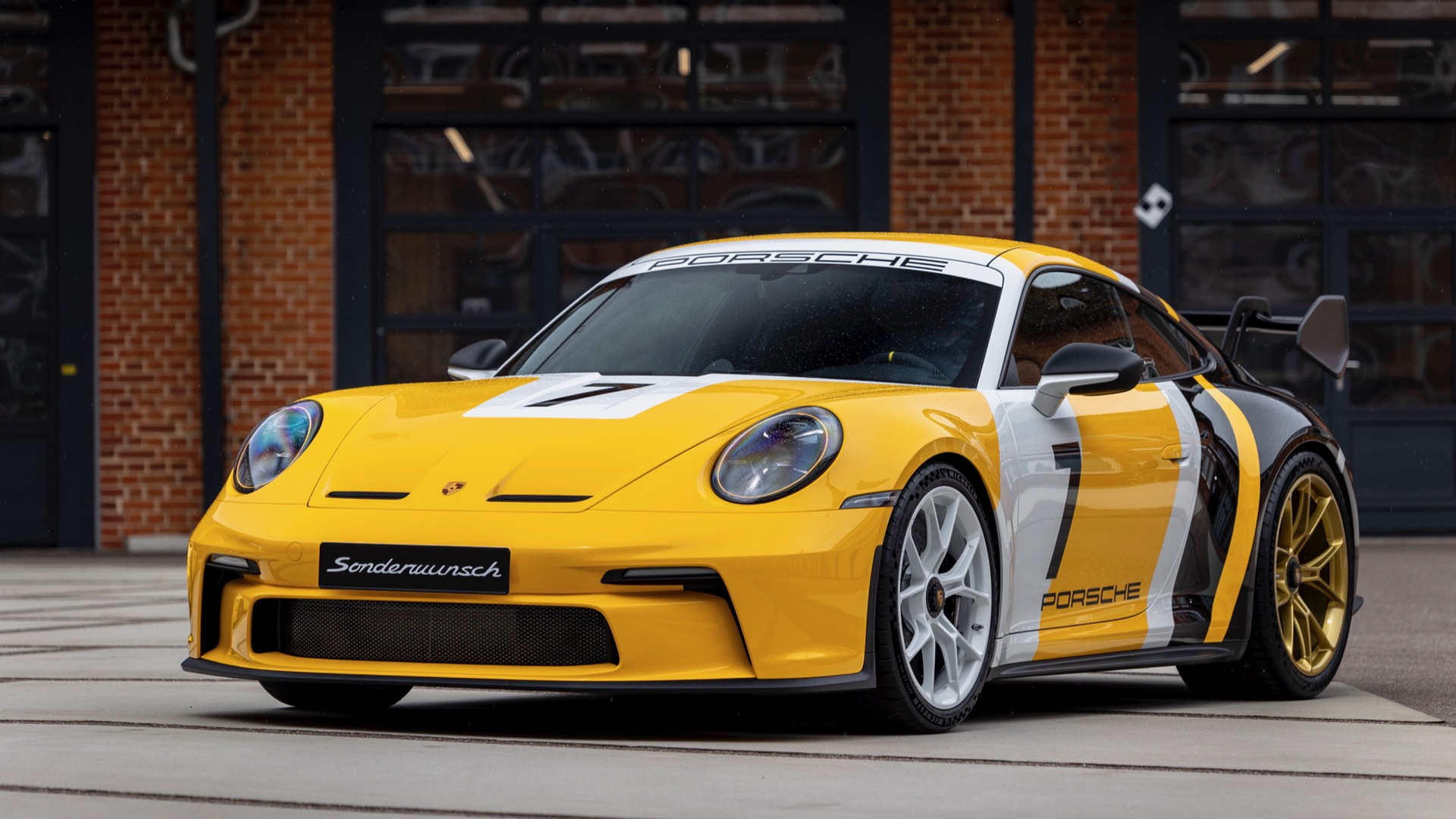 Porsche recently completed a custom 2022 911 GT3 for pasta heir and racing driver Paolo Barilla inspired by the 956 he drove to victory at the 1985 24 Hours of Le Mans.

Barilla commissioned the GT3 for his 60th birthday, Porsche said in a press release. The project was part of Porsche's new Sonderwunsch (German for special request) customization program, itself a revival of a similar program from the 1970s, the automaker noted.

The custom GT3 sports a reinterpretation of the 1985 Le Mans-winning 956's yellow, white, and black livery, as well as its racing number, positioned in the same spot within a white stripe on the door. Getting that right proved challenging because the surfaces of the two cars are so different, Grant Larson, one of the designers involved with the project, said in a statement.

The white front wheels reference the white aero blades fitted to the 956 in period, while the rear wheels are painted gold. The GT3 also features a custom rear wing, with end plates designed to echo the 956 wing. Engineers were brought in to ensure the changes didn't affect aerodynamic performance, according to Porsche.

Barilla's GT3 also has a custom shift lever referencing the magnesium item in the 956. To make it, craftspeople milled an aluminum block and then sanded the surface. The GT3 also has kick plates reading "956 Le Mans 1985."

No apparent mechanical changes were made. The GT3's 4.0-liter flat-6 produces 502 hp and 346 lb-ft of torque, and will rev to 9,000 rpm. That may not seem that impressive compared to modern supercars, but it's enough to hustle the 992 GT3 around the Nürburgring in less than seven minutes.

The 1985 Le Mans-winning 956 was entered by Joest Racing, which later ran Audi's dominant Le Mans factory program, as well as Mazda's IMSA Daytona Prototype International (DPi) program. In the 1980s, though, Joest was an unaffiliated privateer team, so its win over factory-backed Porsche teams was something of an upset.

The 956 (along with the later 962 version) was one of the most successful race cars in history. It wore plenty of other eye-catching liveries over its long career, so there's lots of potential inspiration for future Porsche Sonderwunsch projects.