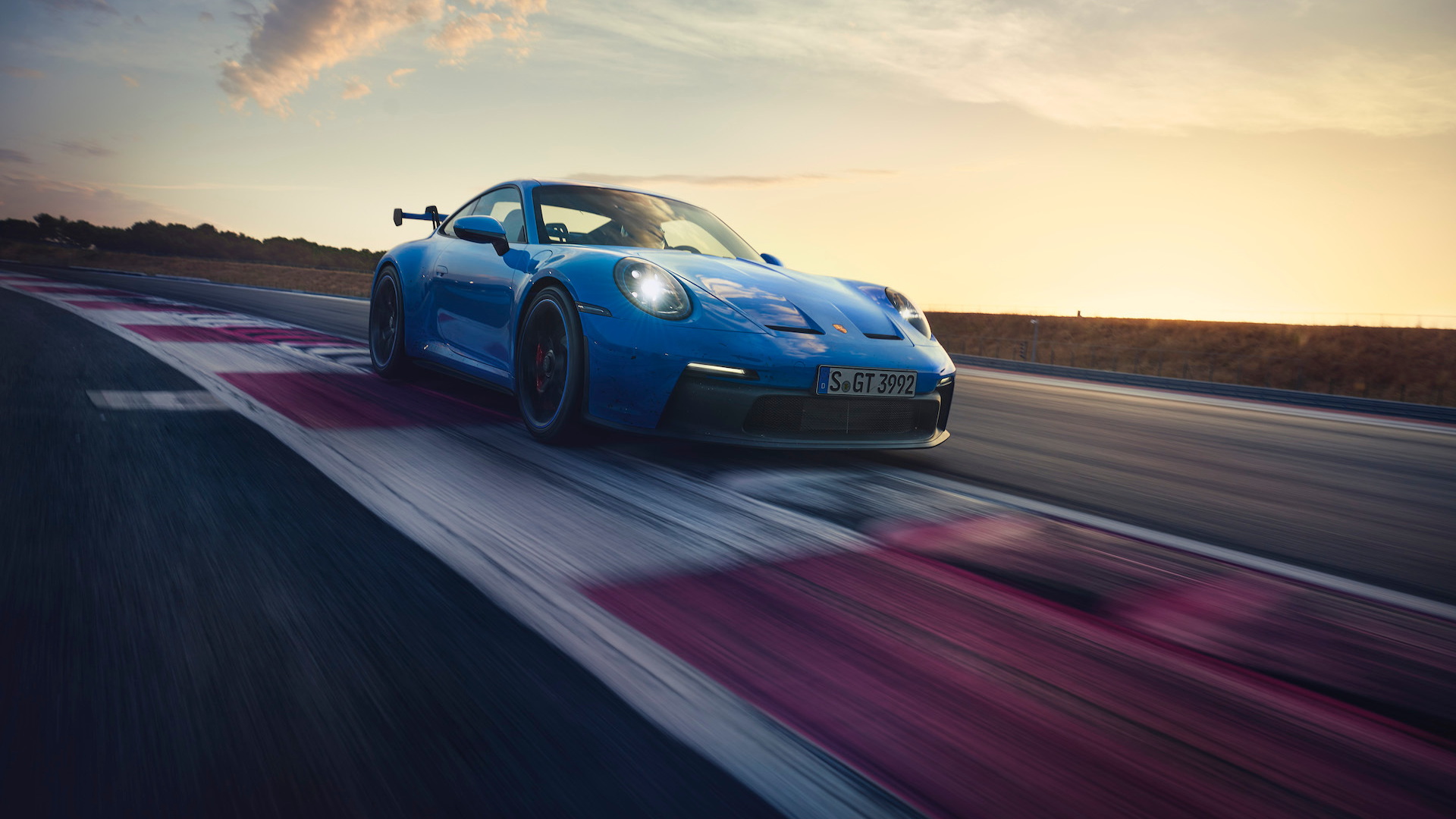 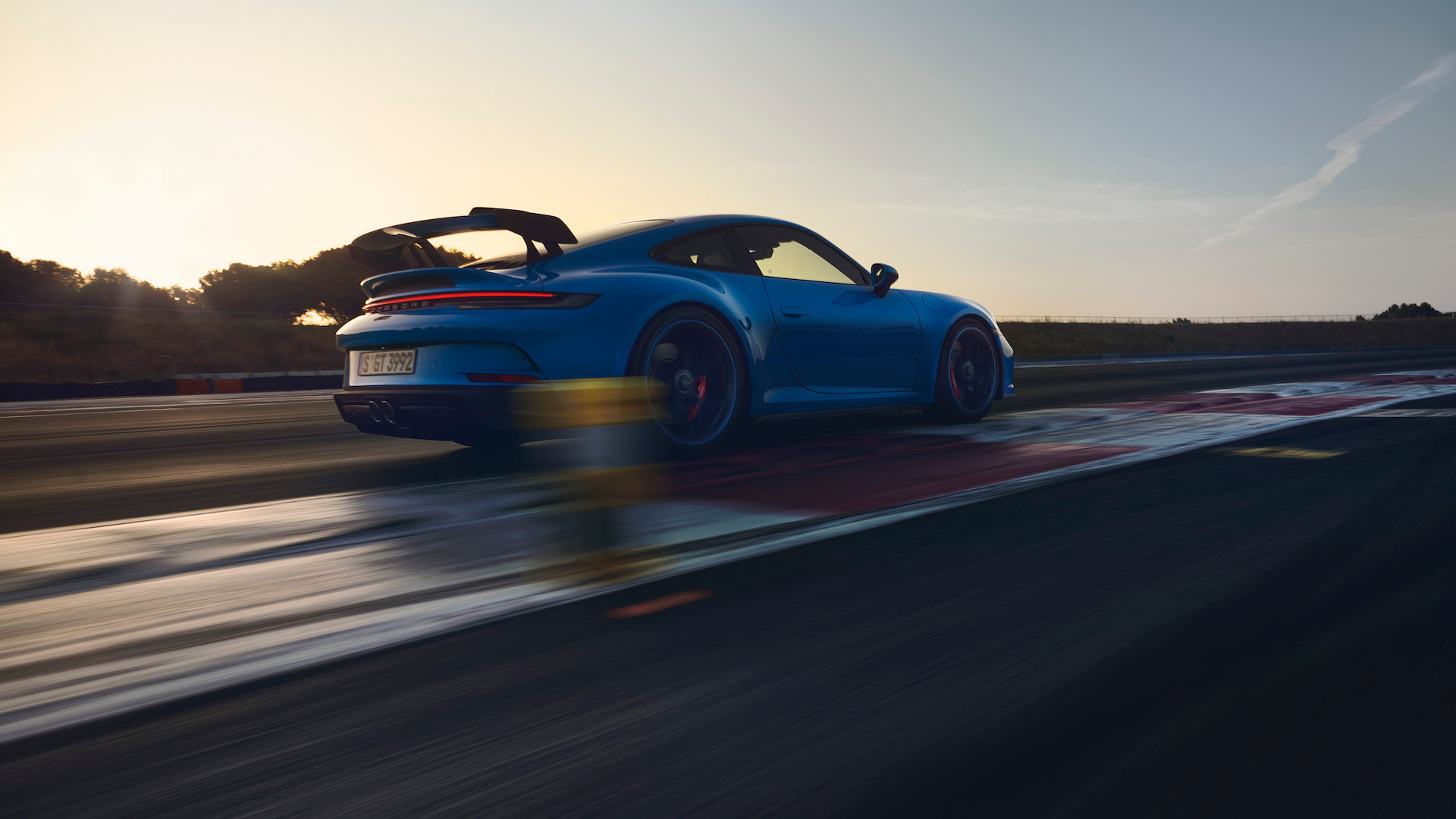 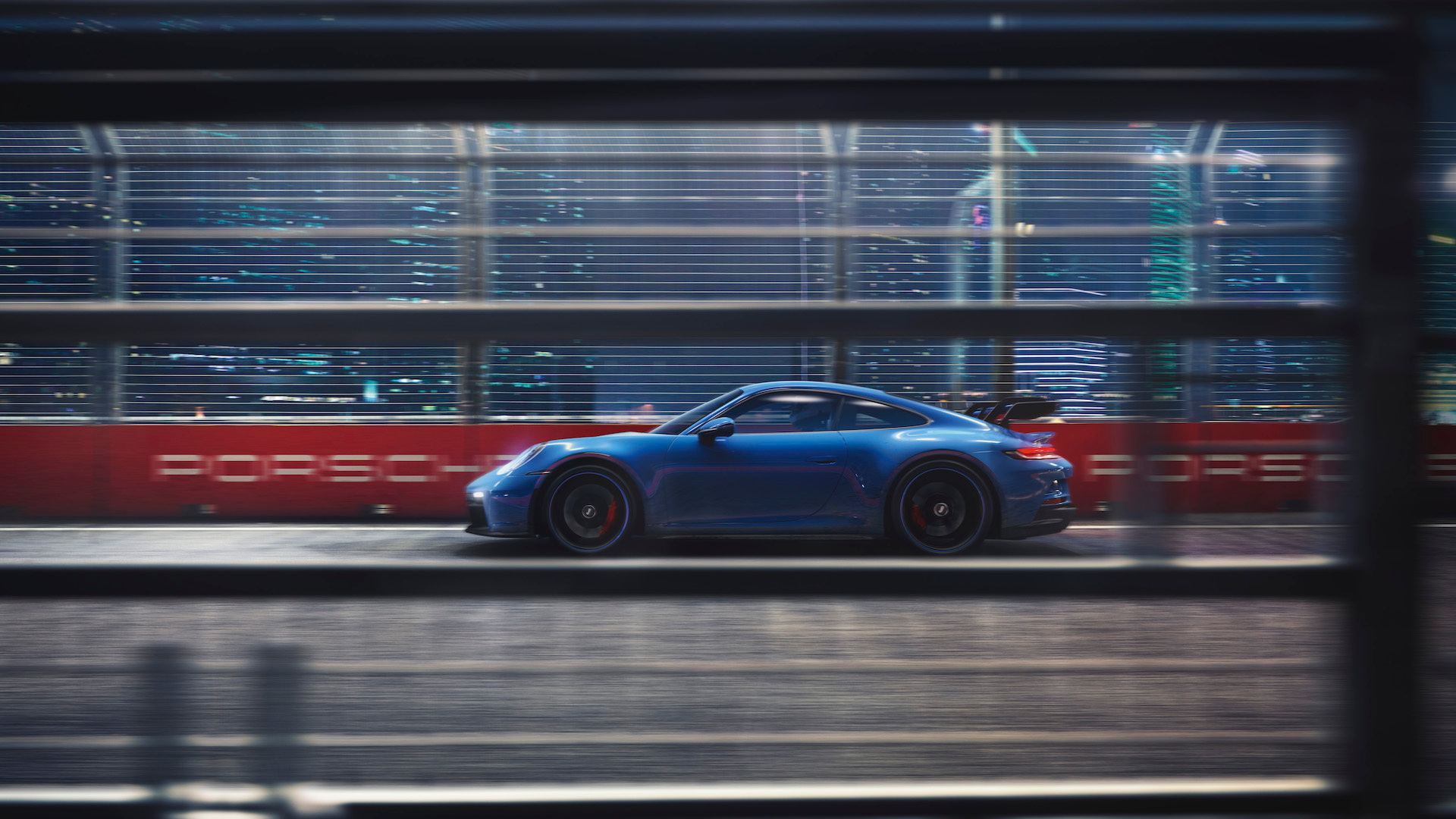 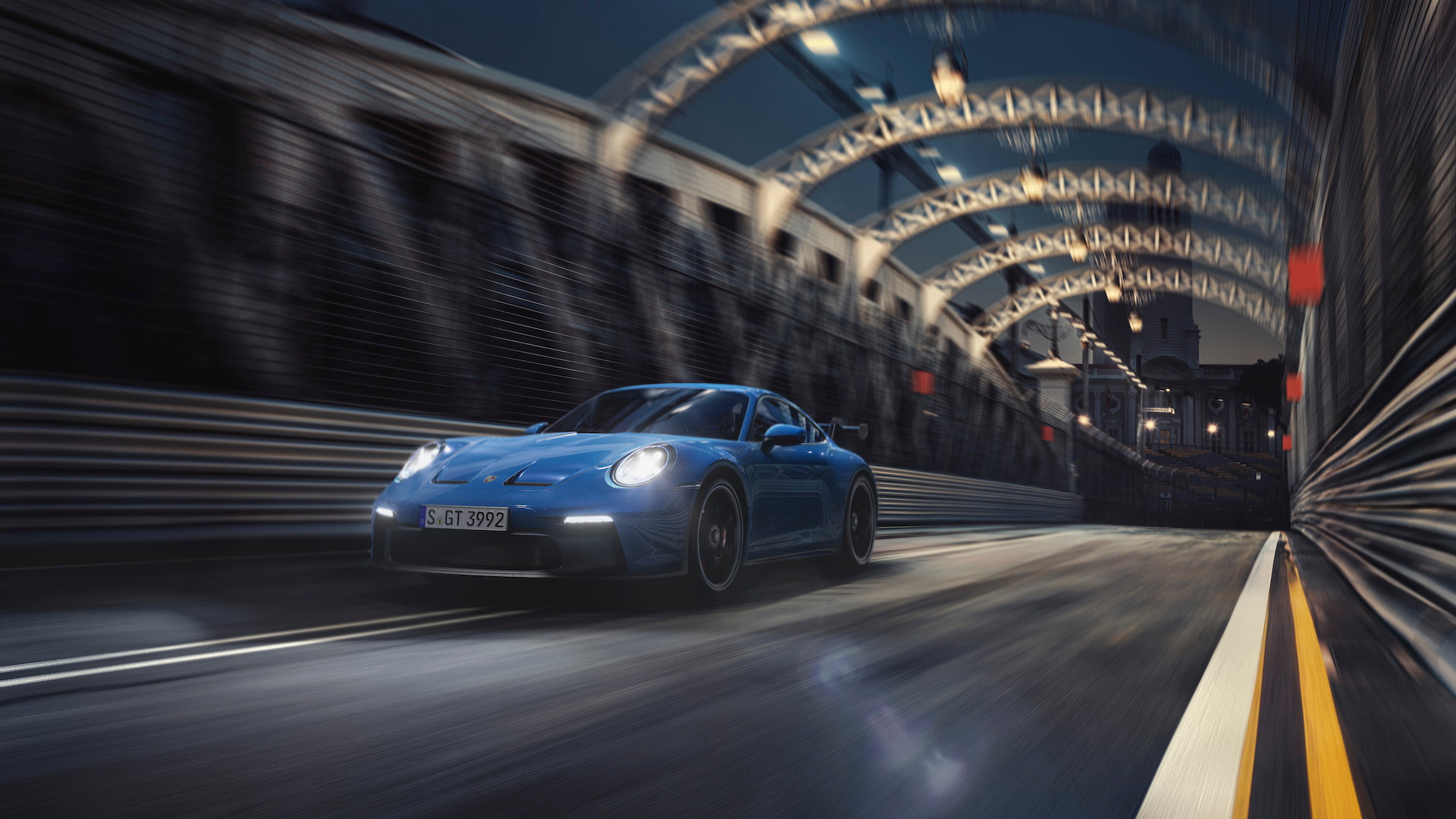 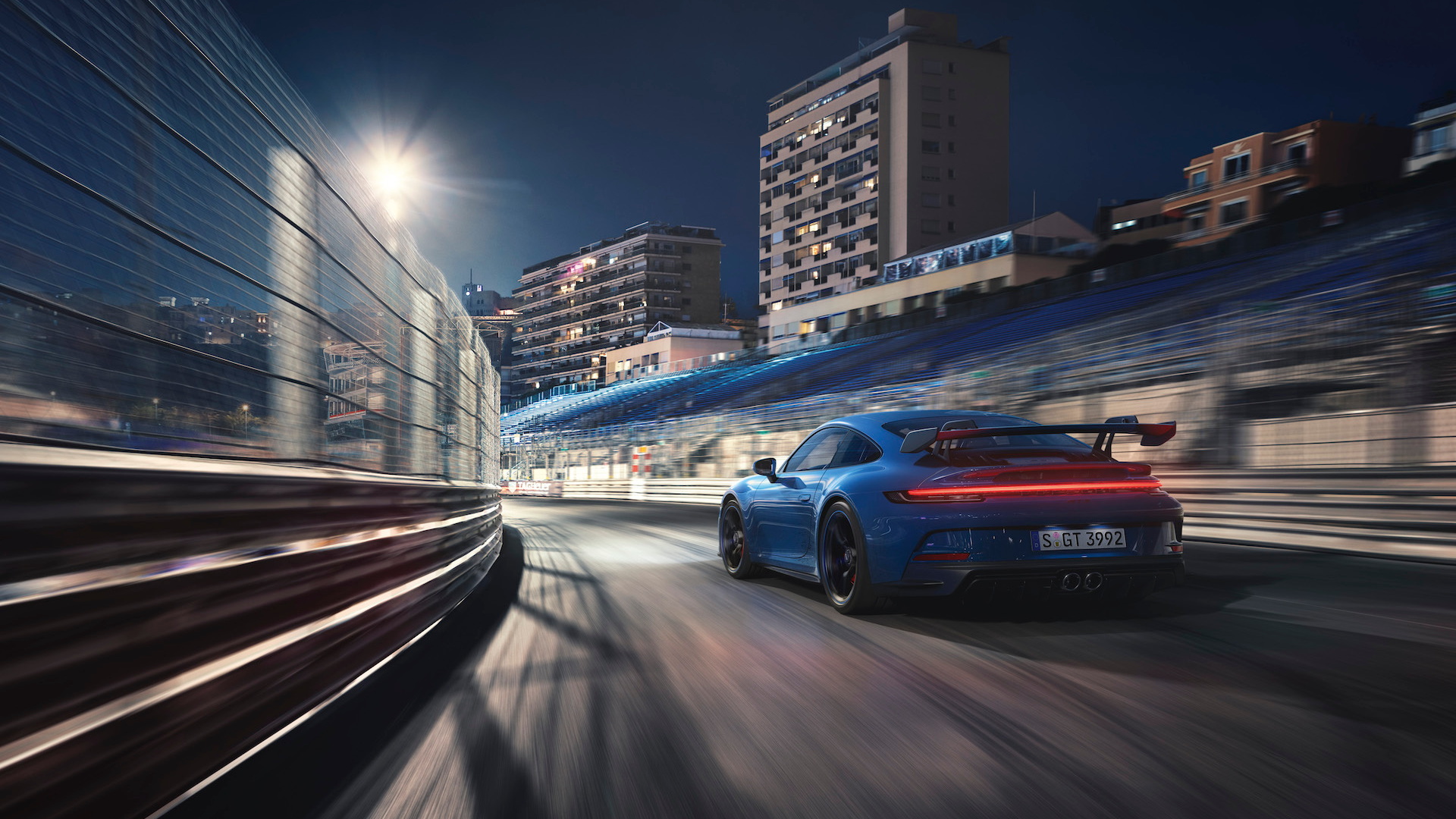 Porsche has a new generation of its 911 GT3 on its hands and the car is significantly quicker than its predecessor.

During an attempt on the Nürburgring last September, Porsche test driver Lars Kern took a production-spec prototype around the full 12.9 miles of the Nürburgring Nordschleife in a time of 6:59.927. His complete run is featured in the video above.

According to Porsche, the new time is more than 17 seconds quicker than the time set by the outgoing GT3. That's an impressive feat as the two cars weigh about the same and also have similar power outputs, in each case from a 4.0-liter naturally aspirated flat-6. The new GT3 packs 502 hp versus its predecessor's 500 hp.

The key differences come in the areas of aerodynamics and chassis setup. The most obvious change is the new GT3's rear wing, which features swan-neck struts like those used in motorsports. The rear wing is fully adjustable, as are the lip spoiler and diffuser at the front. In the most extreme setting, the new GT3's aerodynamics see the car generate 150% more downforce than the old car.

In terms of chassis setup, the new GT3 benefits from a double wishbone front axle. It's a completely new setup compared to the previous car and also features in the GT3 Cup racer. Benefits are said to include improved steering accuracy and cornering stability.

The wheel and brake packages have also gone up a step. On the new GT3, the engineers have fit 20-inch wheels up front and 21-inch wheels at the rear. The front wheels are half an inch wider than the wheels of the previous GT3, and gain an inch of diameter at the rear.

And for the Nürburgring run, Michelin's excellent Pilot Sport Cup 2 R tires were used. The street-legal tires are an available option. Another available option used for the run were carbon-ceramic rotors which measure a massive 410 millimeters up front and 390 mm at the rear.

The new 911 GT3 is expected to reach dealerships in the fall. Pricing information will be announced closer to that date. Also in the works are new versions of the GT3 Touring and GT3 RS.