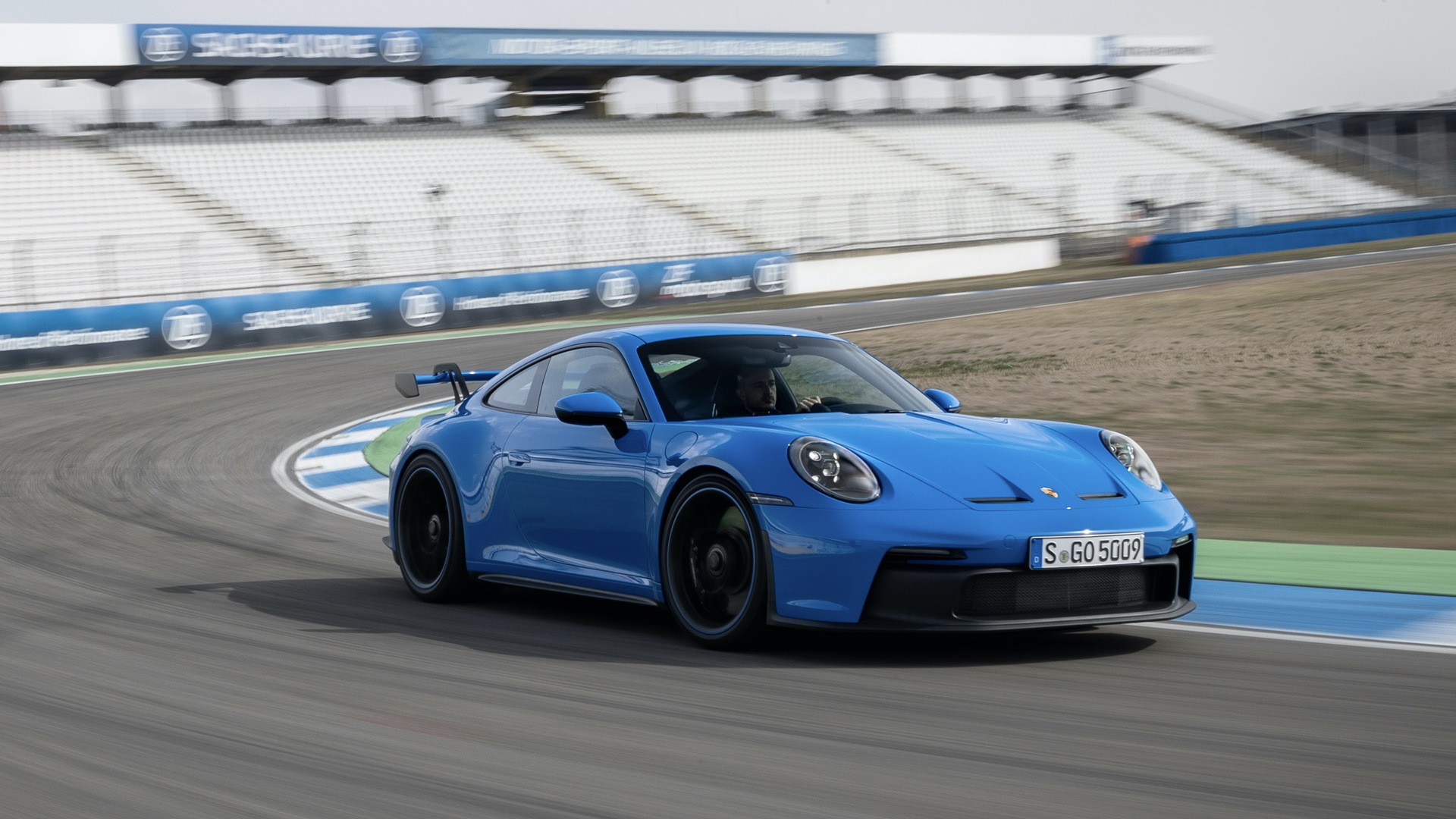 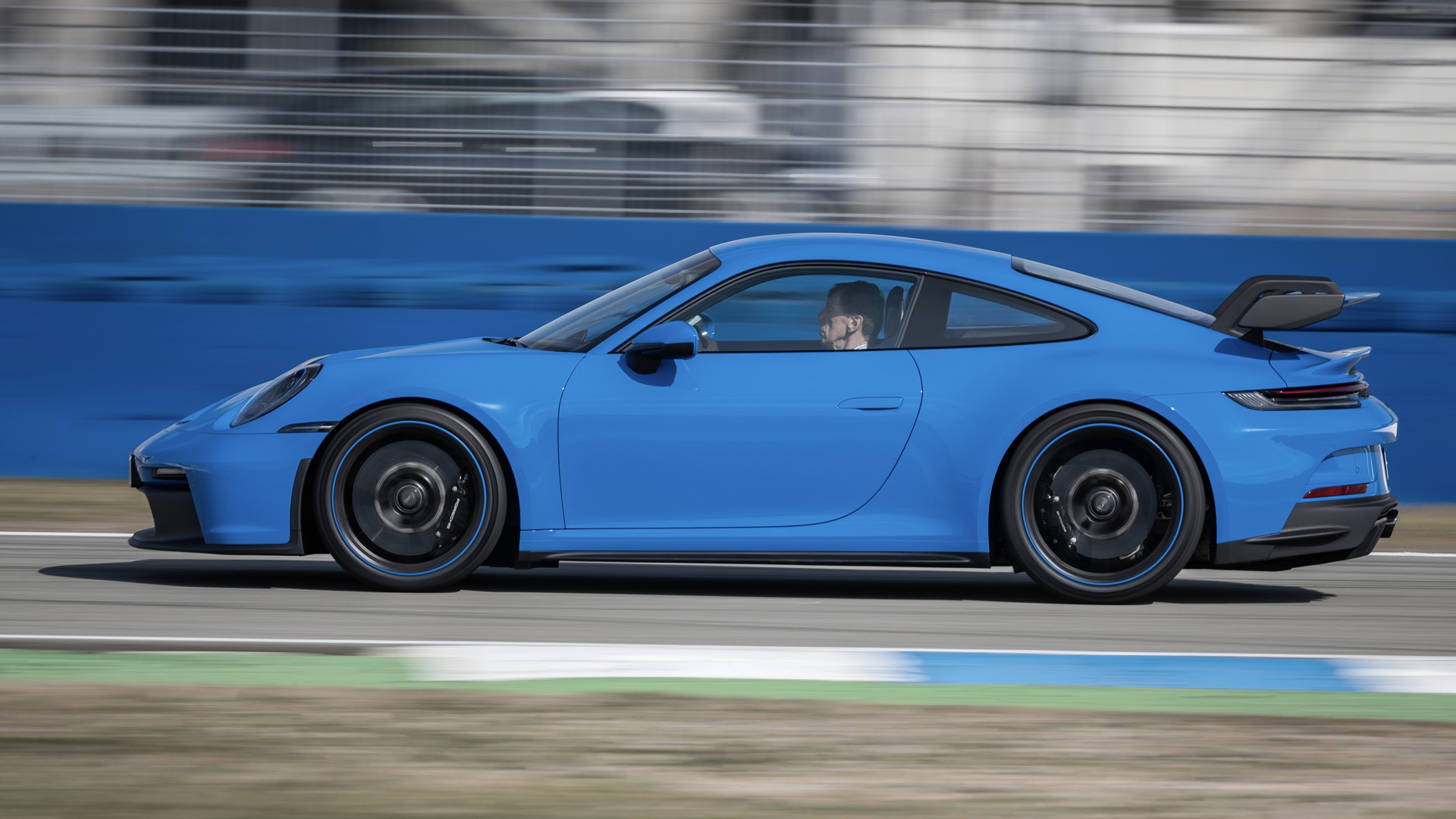 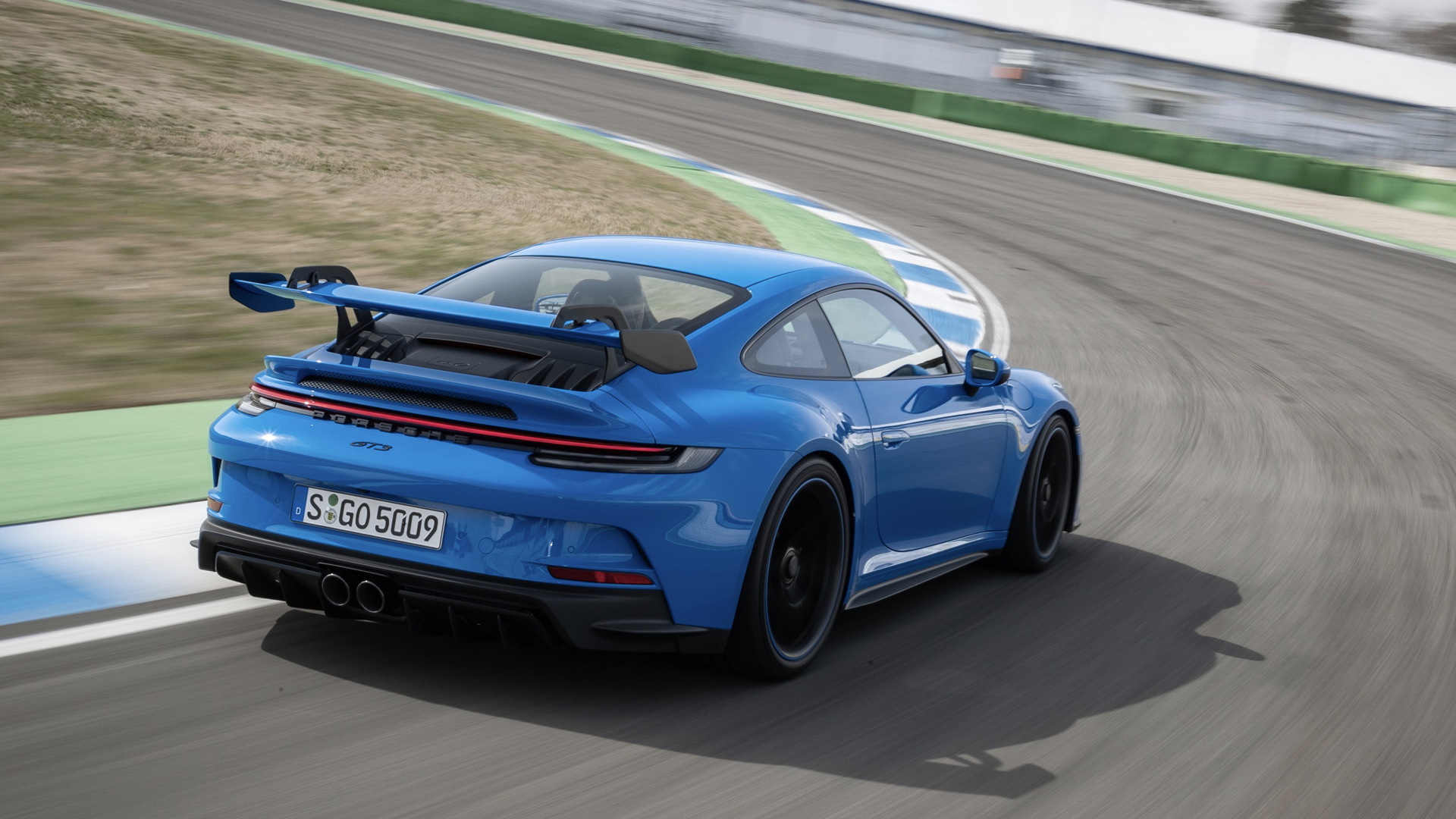 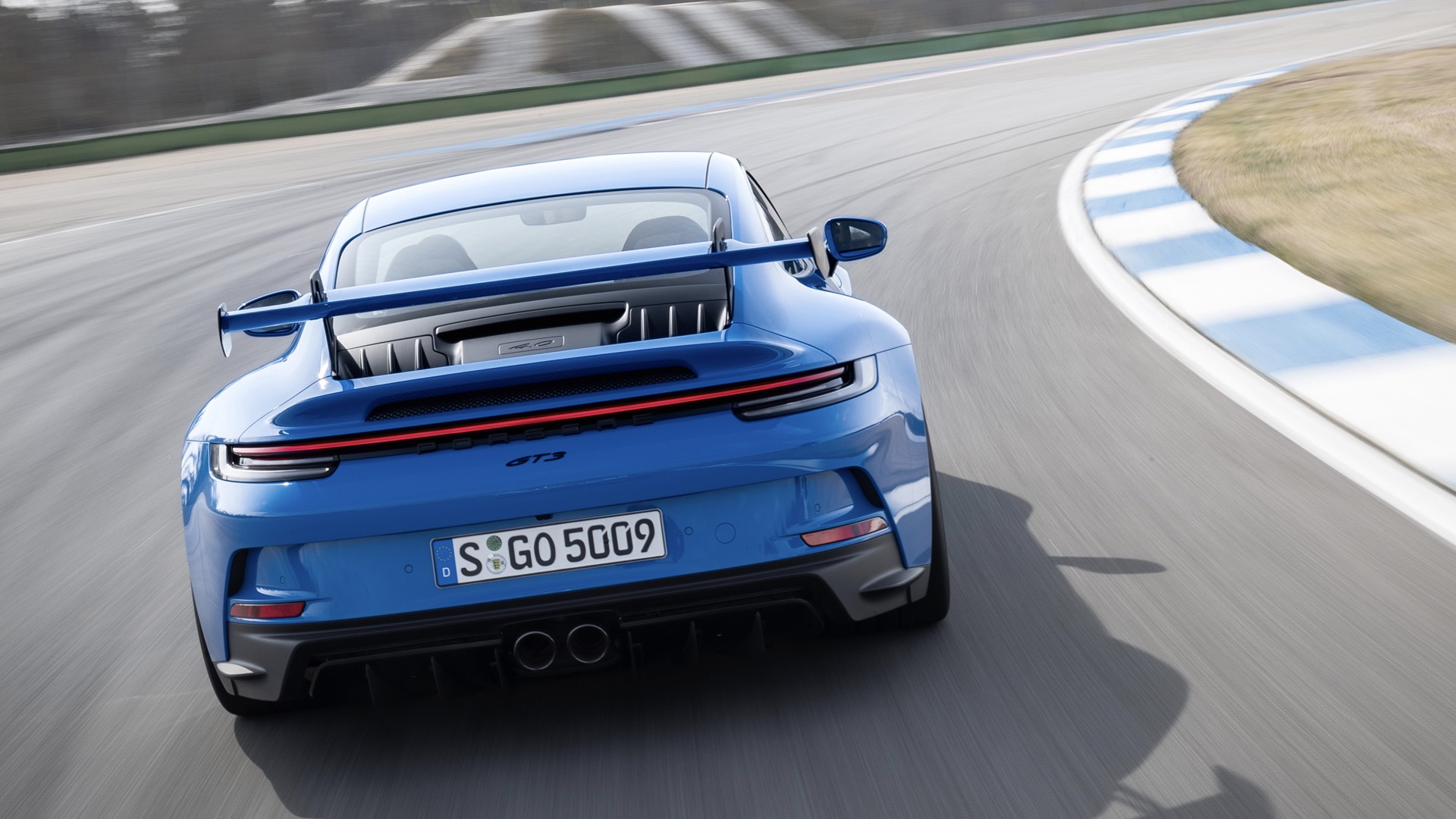 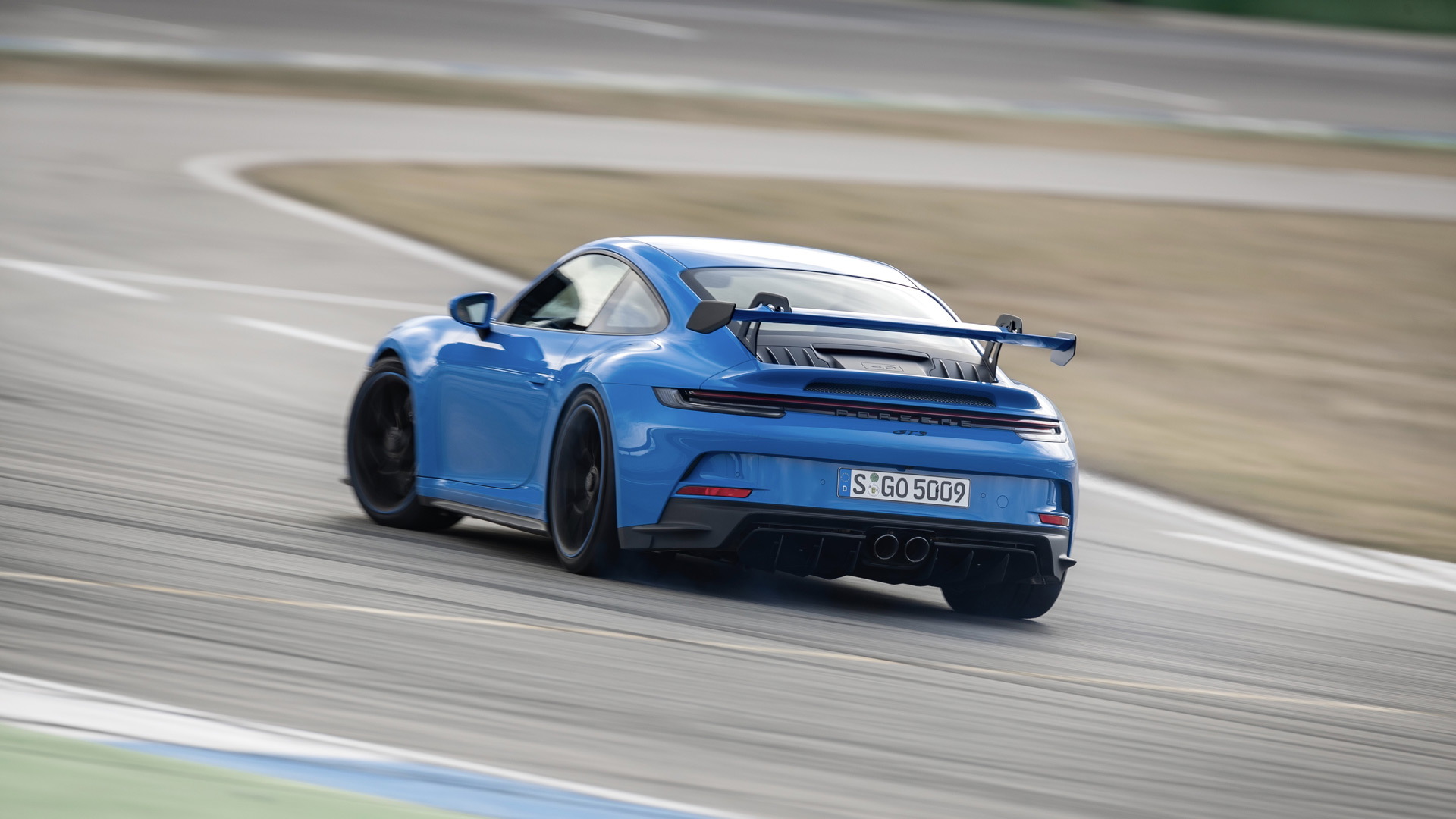 When developing its new 2022 Porsche 911 GT3, engineers drove a prototype at a sustained 186 mph for a distance of approximately 3,100 miles, only coming to a stop whenever the car needed refueling.

The test, which took place at Italy's Nardo high-speed circuit, which Porsche happens to own, was just one of several key durability tests for the car, and in particular its 4.0-liter flat-6 engine. In fact, testing of the engine was even more rigorous. We're sure Porsche is still mindful of the engine fires that plagued early examples of the previous-generation 911 GT3.

In addition to the high-speed Nardo run, the engine in the new GT3 racked up more than 22,000 hours on Porsche's test rig. During these tests, the engineers repeatedly simulated runs the engine would experience at major racetracks, with the engine pressed to full throttle for a high proportion of the time, according to Porsche.

Luckily for the engineers, they had a good starting base as the engine in the GT3 is closely related to the unit used in the 911 GT3 R race car and almost identical to the one in the slightly tamer 911 GT3 Cup racer.

In the GT3, the engine generates a peak 502 hp and 346 lb-ft of torque and willingly revs to 9,000 rpm. The output might not seem like much compared to modern supercars, but it's enough to hurtle the GT3 around the Nürburgring in under seven minutes.

The engine also features dry-sump lubrication but skips electronically controlled mounts as these were deemed to be not worth the added weight. It also offers sharp throttle response thanks to six independent throttle bodies, and it can be had with either a 6-speed manual or 7-speed dual-clutch unit, with the manual more popular with buyers, at least here in the United States.

Of course aerodynamics also has a major role to play in the performance of the GT3 (if in doubt, just take a look at the car's swan-neck rear wing). As a result, the car has spent more than 160 hours in the wind tunnel. Why so long? Because the engineers don't only test the car heading in straight line. They simulate every conceivable driving situation, adjusting the roll, pitch and yaw in order to simulate the different situations the car might experience on a track.

In the new GT3, both the rear wing and front splitter have four levels of adjustment. This will allow owners to switch between street and performance setups. The latter increases downforce by up to 150% over the outgoing GT3, and even the street setup generates about 50% more downforce than in the previous generation.

The new GT3 is due at dealerships in the fall with a starting price of $162,350. Also in the works is a more civilized GT3 Touring, as well as a more hardcore GT3 RS.