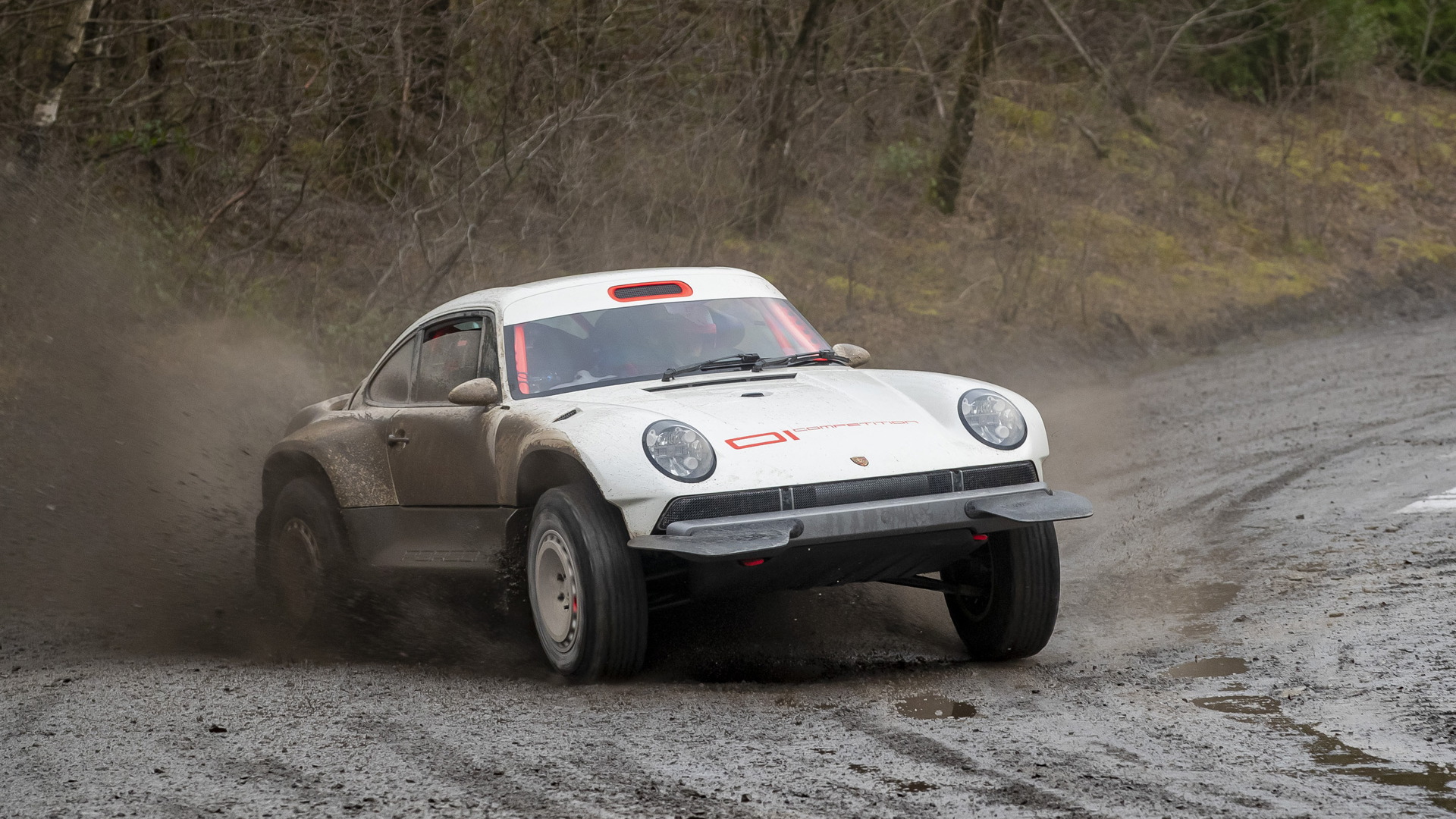 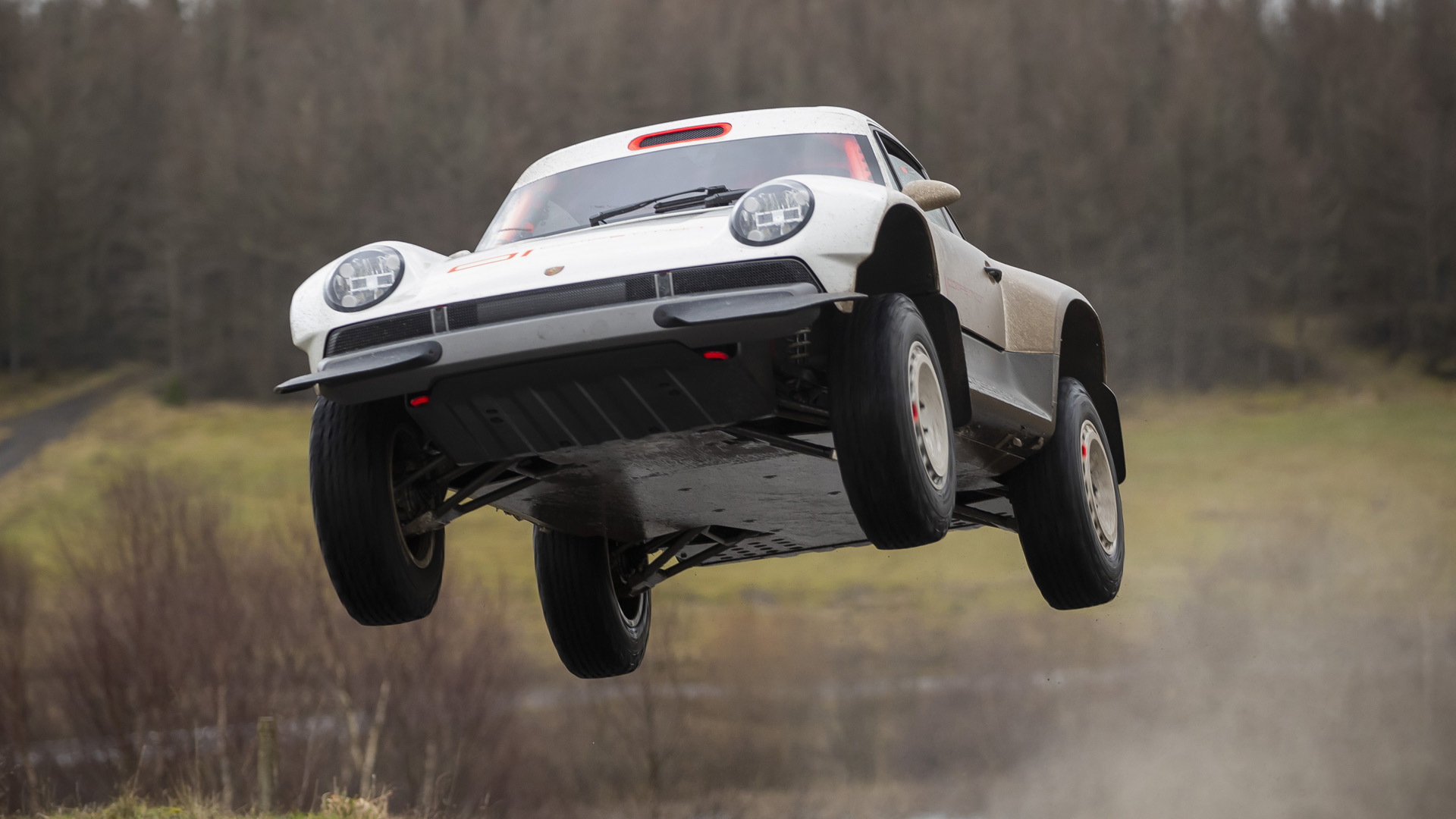 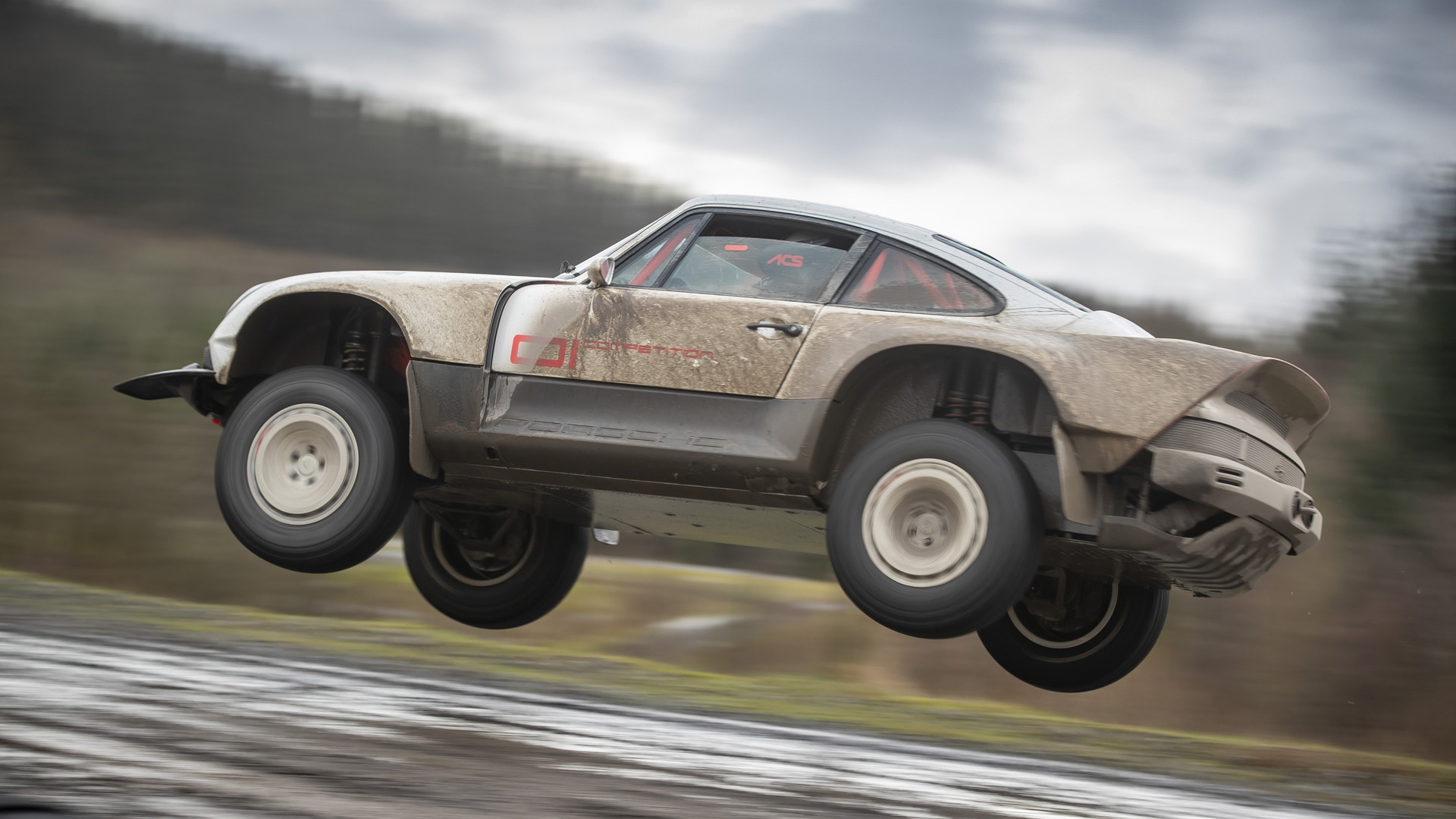 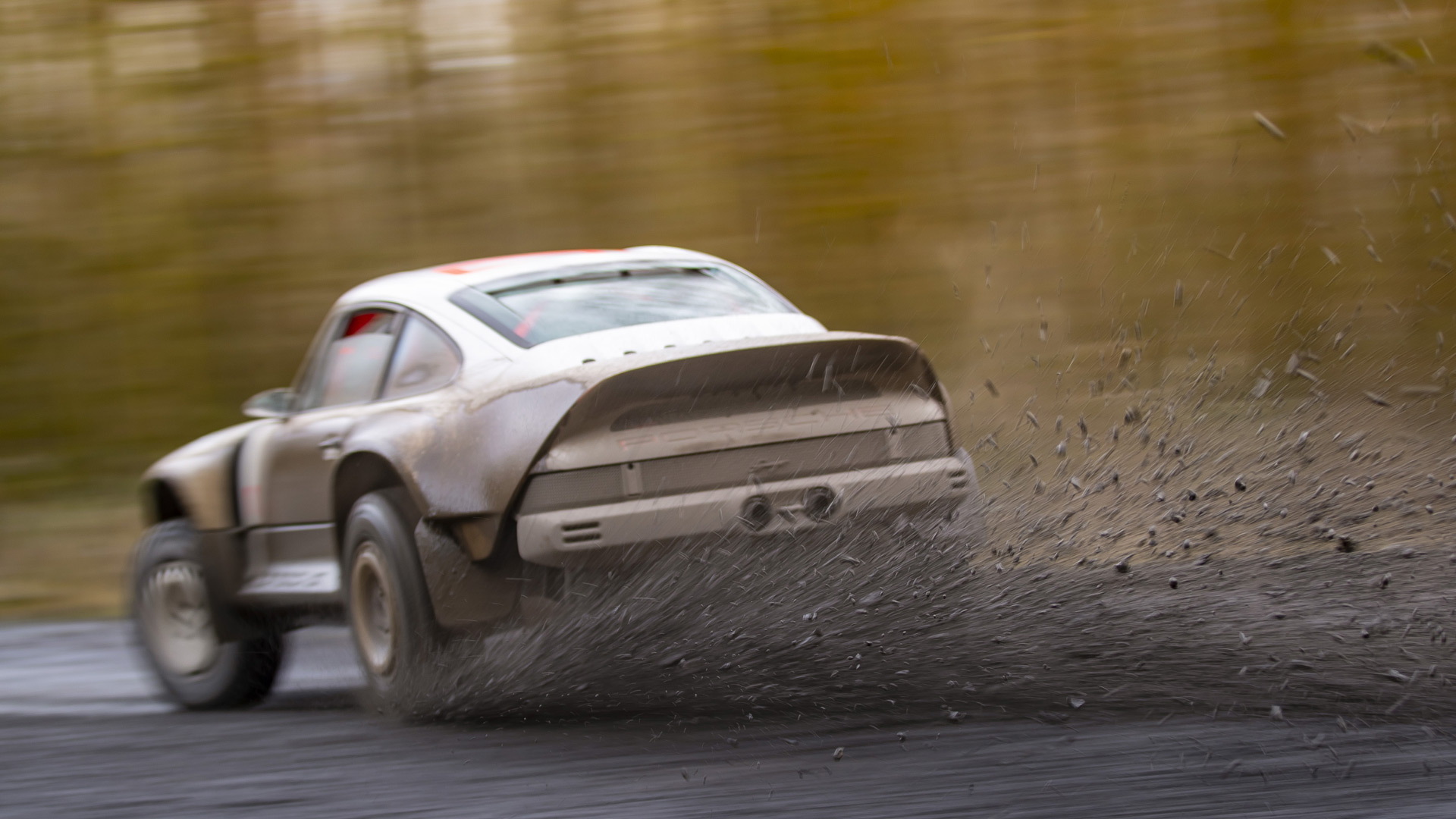 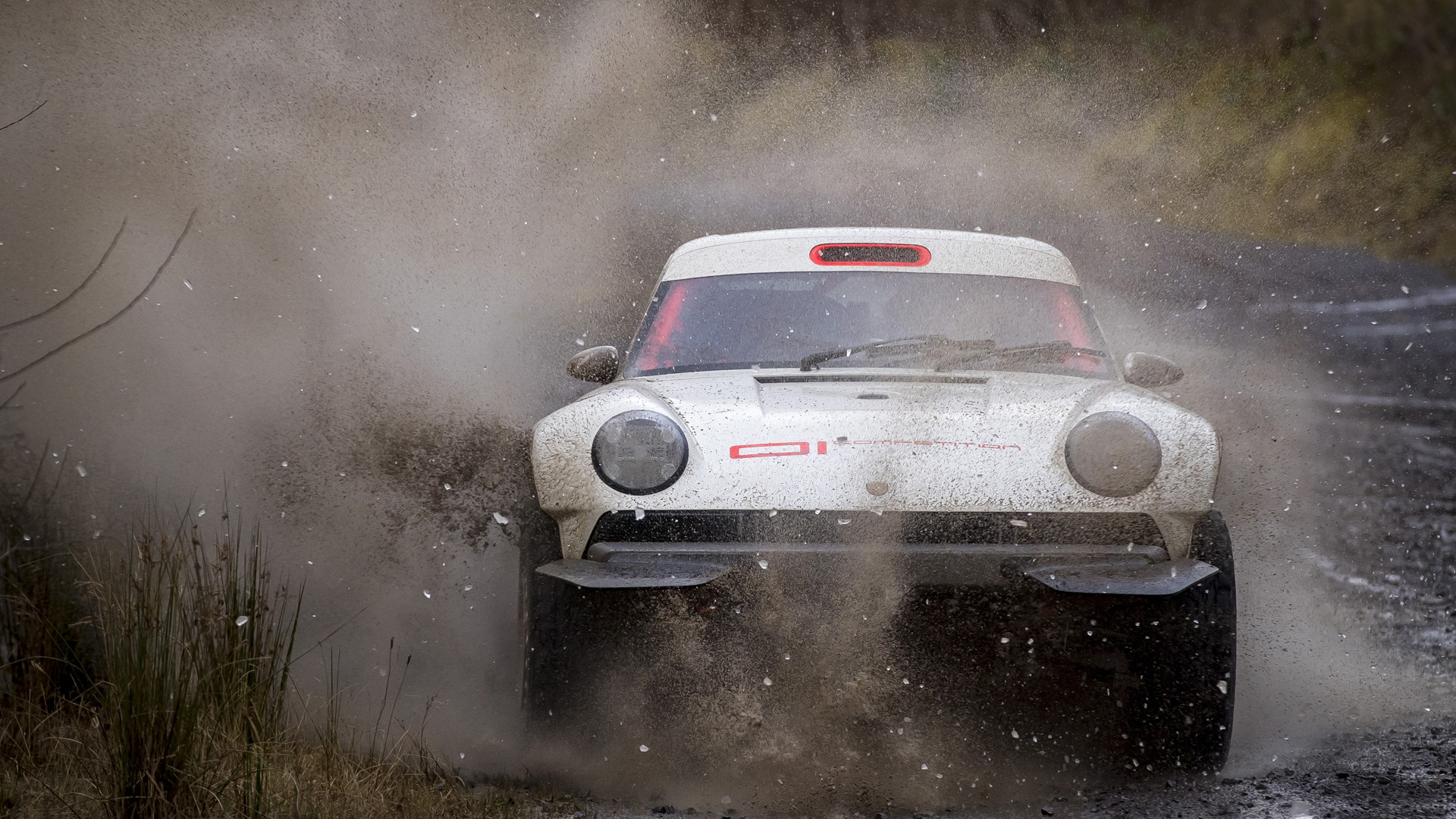 Singer Vehicle Design is world renowned for its modified Porsche 911s, but despite already having a stellar reputation in the 911 tuning scene, the California company never ceases to push the boundaries.

Case in point is Singer's latest reimagined 911, a wild off-roader similar in ethos to the Porsche 911 SC Safari rally car of the 1970s.

It's called the Singer All-Terrain Competition Study (ACS), and it's not just a garage queen. In fact, its owner commissioned it to go racing, making it Singer's first competition-ready vehicle. Helping in this department was the United Kingdom's Tuthill Porsche, an expert in turning classic 911s into rally machines.

The ACS is based on a 964-generation 911, like all Singers, but also features elements that recall the iconic 959 rally cars that took on and won the Dakar Rally in the 1980s, such as the wide rear wing. Its engine is a 3.6-liter twin-turbocharged flat-6 that's air-cooled and generating around 450 horsepower and 420 pound-feet of torque. And drive is to all four wheels via a 5-speed sequential transmission and differentials mounted at the front, center and rear.

The 911's iconic body has been made from carbon fiber for the ACS and the panels have been designed so that they can easily be removed for easy access to the internals. The suspension is a custom long-travel setup with five-way adjustable dampers, and attached at each hub is a 16-inch forged aluminum wheel wrapped in BF Goodrich All-Terrain rubber.

The interior is fully prepped for racing and includes a roll cage and pair of bucket seats designed to FIA specification. There's also a GPS system designed for cross-country driving and a digital instrument cluster that flashes red to indicate shift points.

The ACS's owner has commissioned a second example, which is to be finished in red. The red example will be configured for track driving, though it will still feature the raised stance you see here.

Pricing hasn't been announced but Singer creations typically run into seven-figure territory. The company has said that it is willing to build more examples of the ACS for any interested buyers. Support packages for racing and maintenance are also available.

There's been a lot of interest in Safari-style 911s in recent years, with Lehman Keen seeming to have kicked off the modern trend with the launch of his Keen Project Safari conversion program in 2013. Since then famous Porsche tuners Gemballa and Ruf have also teased their own designs, and even Porsche looks to be readying its own entry.