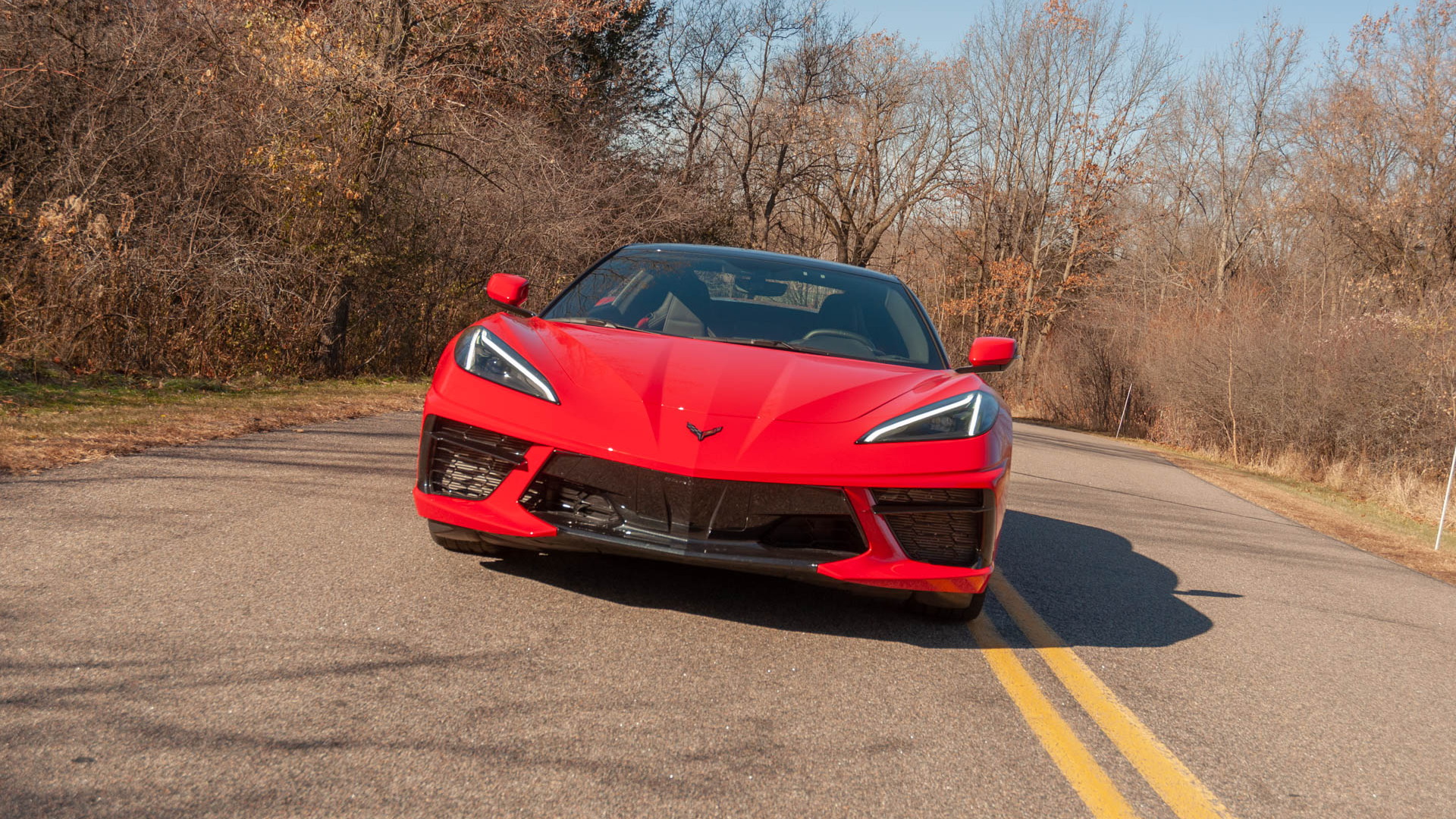 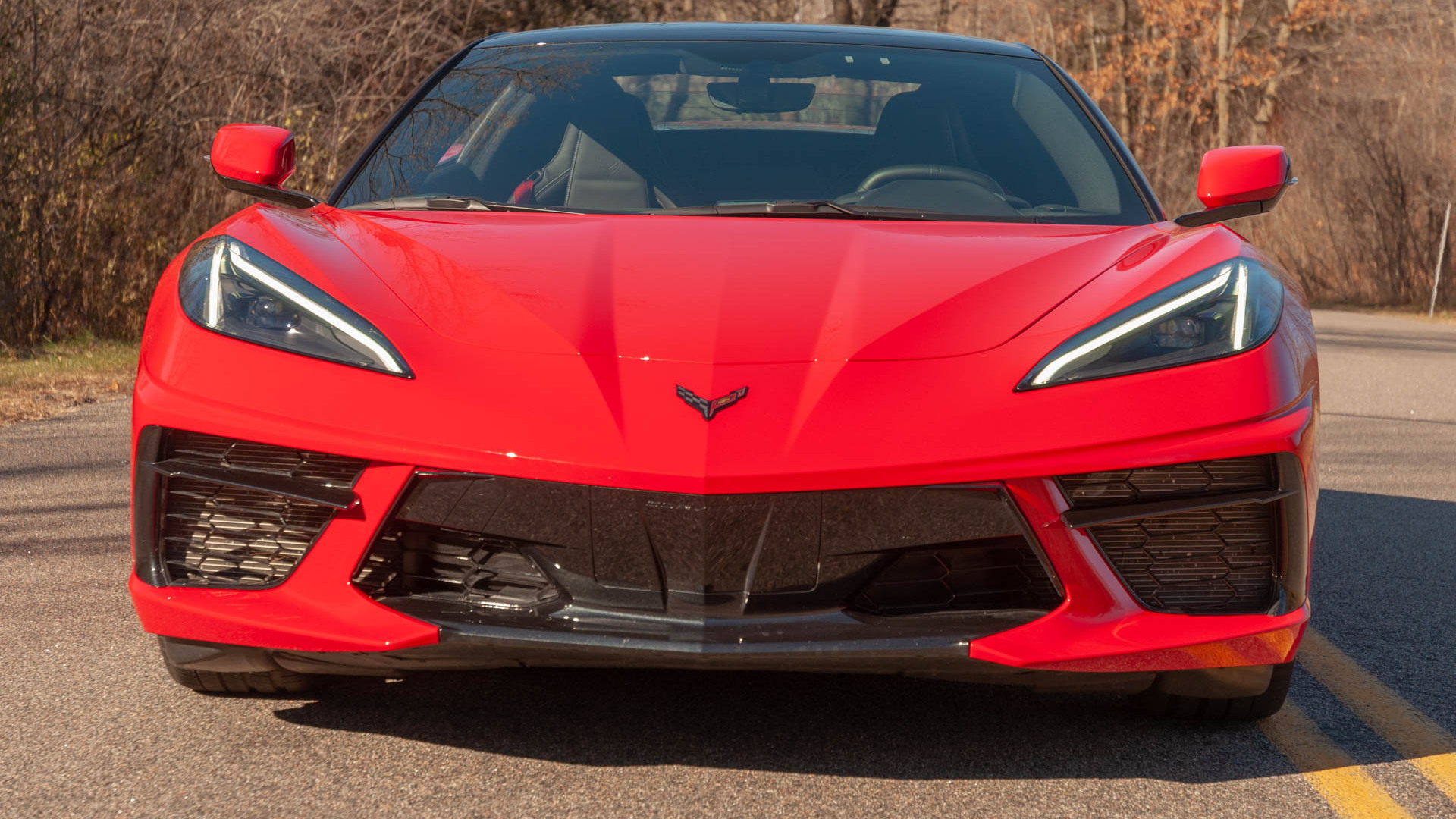 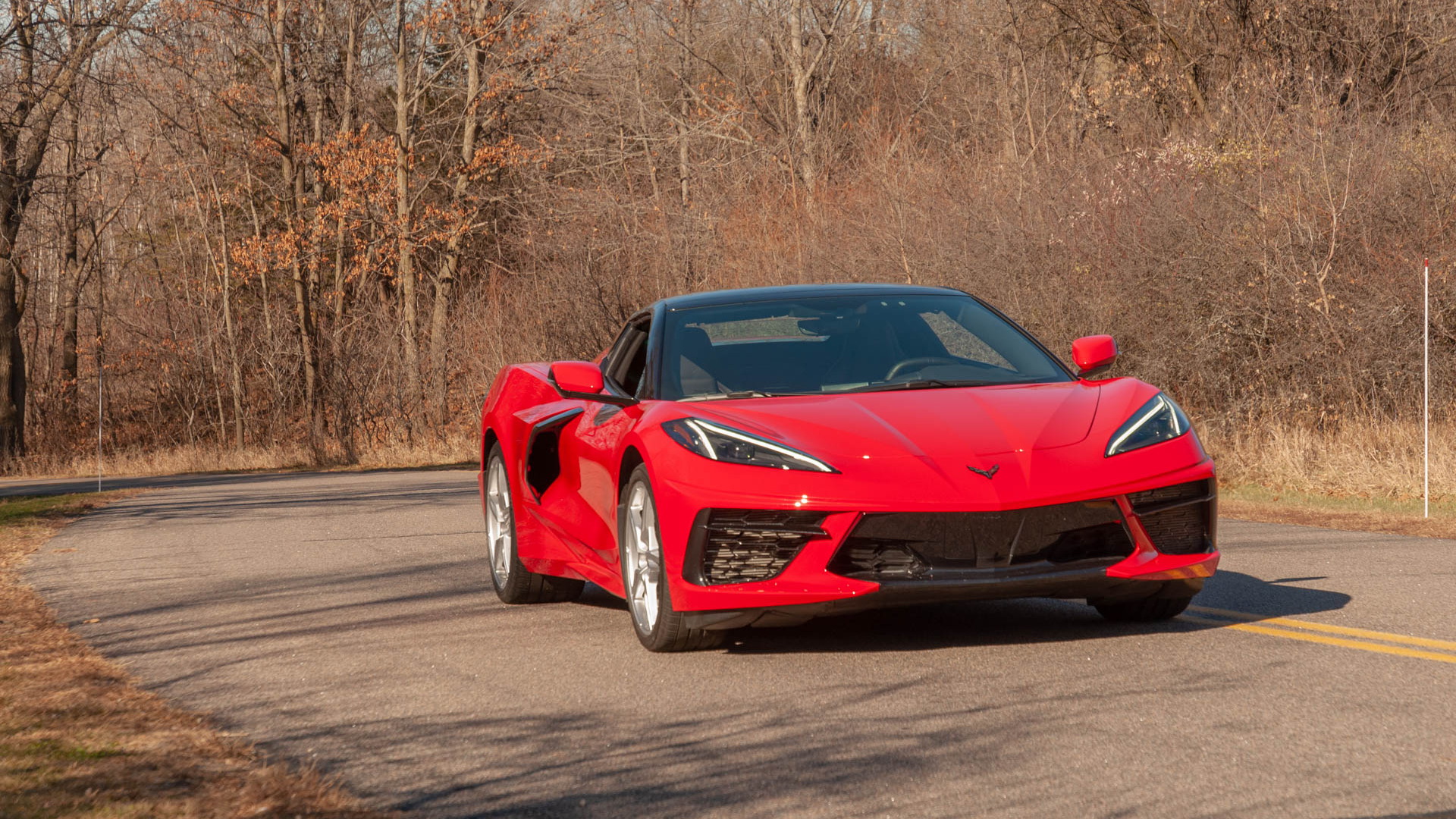 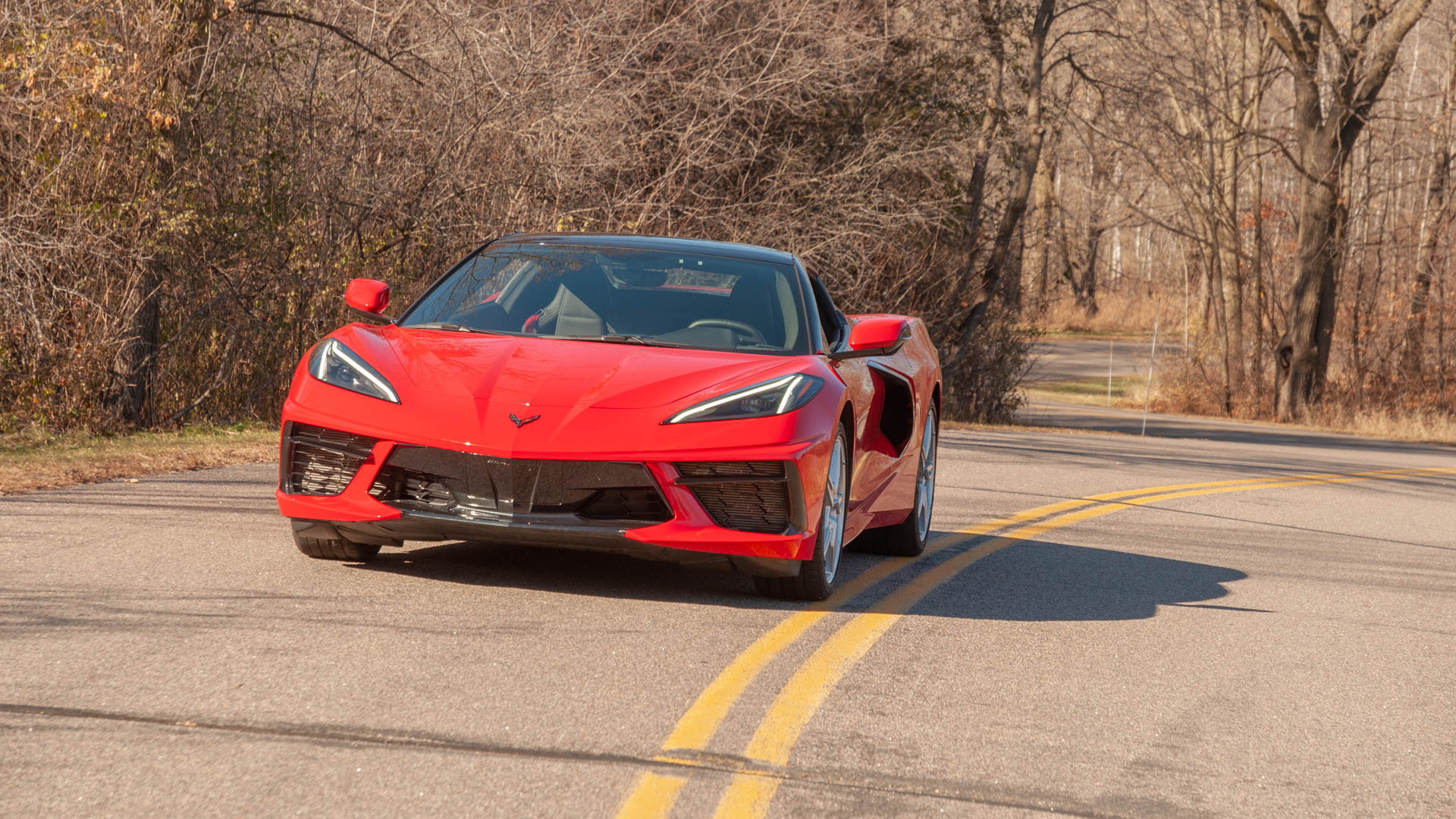 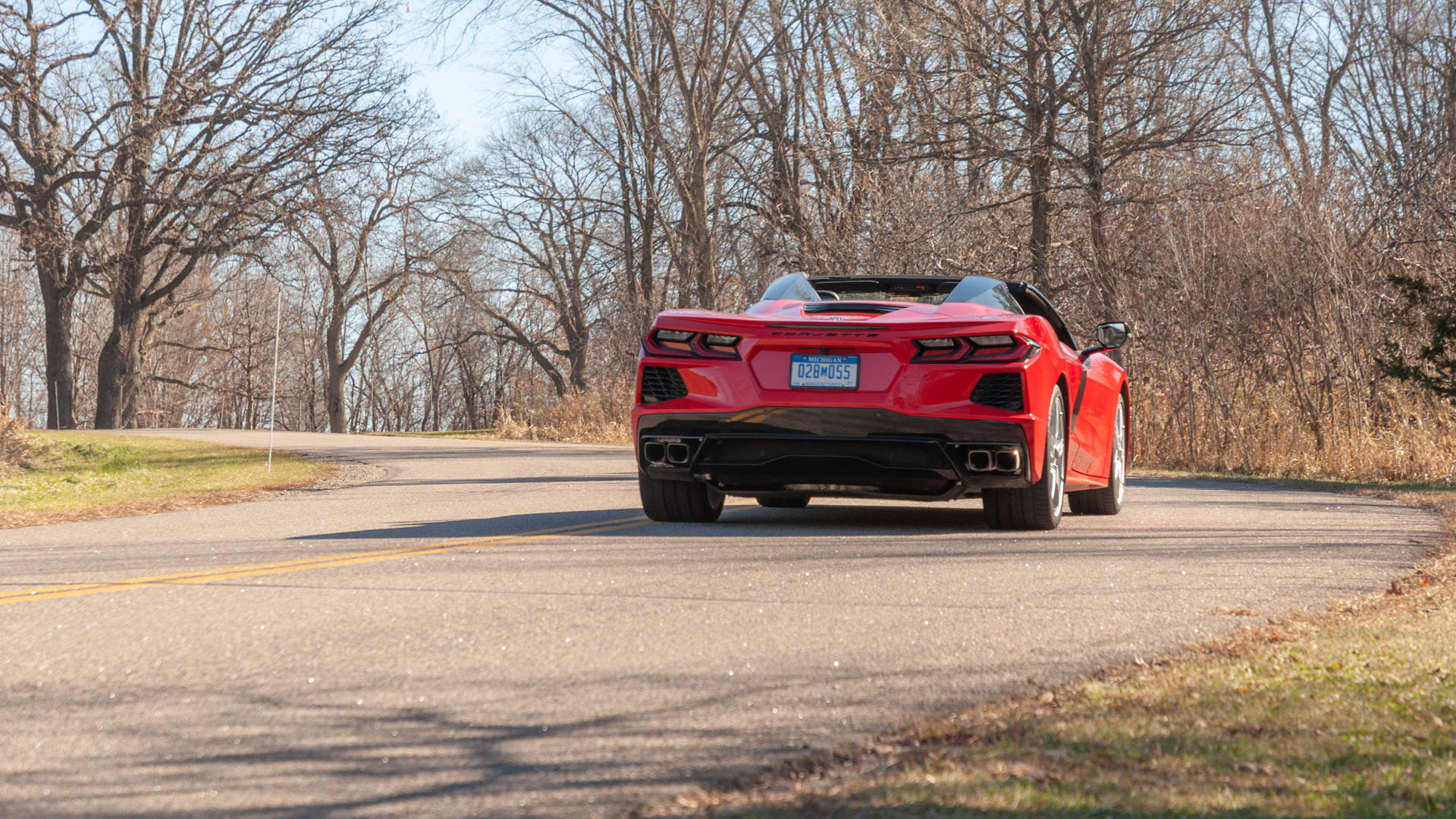 Just 48 hours ago we named the Chevrolet Corvette Motor Authority’s Best Car To Buy 2021. It’s the everyman’s supercar. It’s a hero for less than $60,000, and it’s a wild new interpretation of a legend.

But the mid-engine Chevy Corvette isn’t perfect. No car is.

The Chevrolet Corvette could be better. Here’s how. 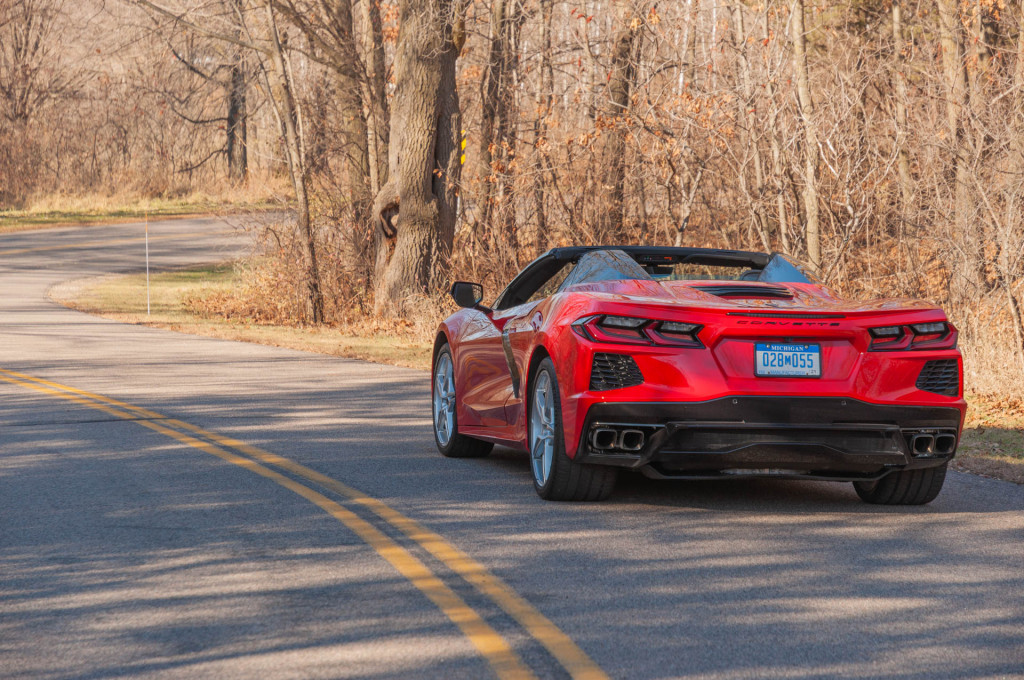 Corvettes of recent vintage can easily light up the rear tires, slide sideways, and provide all sorts of drama and excitement. Heck, the C7 ZR1 basically shook as the engine idled. The C8 has none of that. Yes, the rear tires can break loose, it can lay down a sick burnout, and a good driver can send it sideways around a corner, but it’s all so much more controlled. While the C8 Corvette turns in sharper, it’s also more refined, quieter, and less visceral. Sure, the power goes down much easier and can be controlled with less effort, but I miss the drama. Hopefully, the higher-powered variants in the C8’s future will bring back that drama. 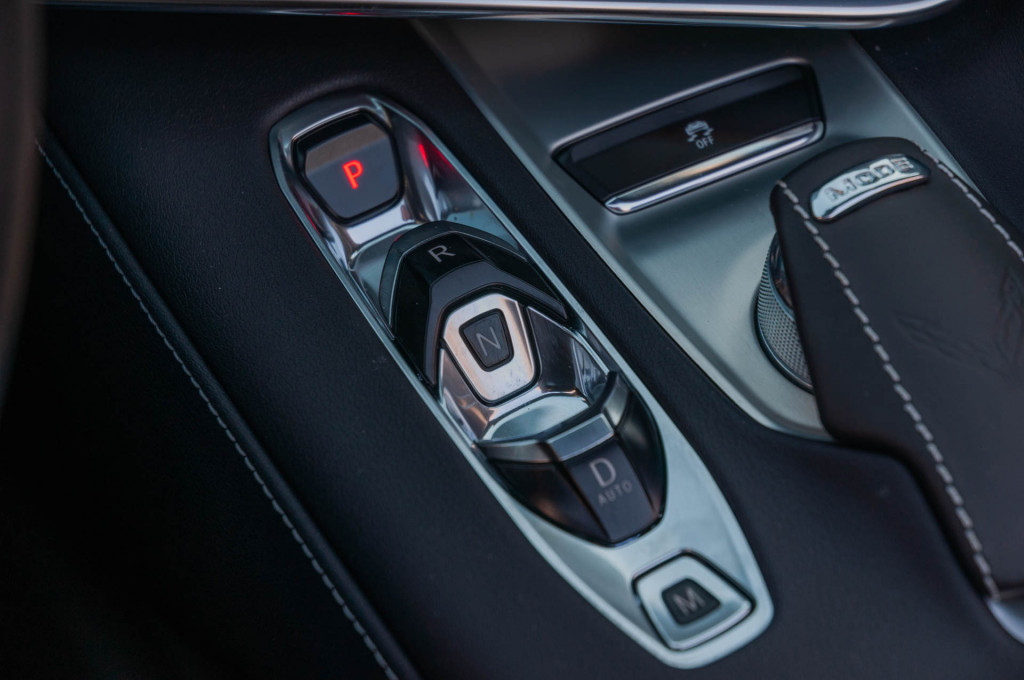 The Corvette’s new 8-speed dual-clutch automatic transmission is fantastic. The shifts are quick and smooth, and the programming senses the gear you need and gives it to you. I almost didn’t miss shifting a manual transmission in my time in the C8 Corvette. But I, like other diehards, hate that there’s no third pedal option for the latest Corvette. Porsche brought back the manual transmission in the GT3 because it knew ditching it was a mistake. Let’s hope Chevrolet does the same, though I wouldn't hold my breath. 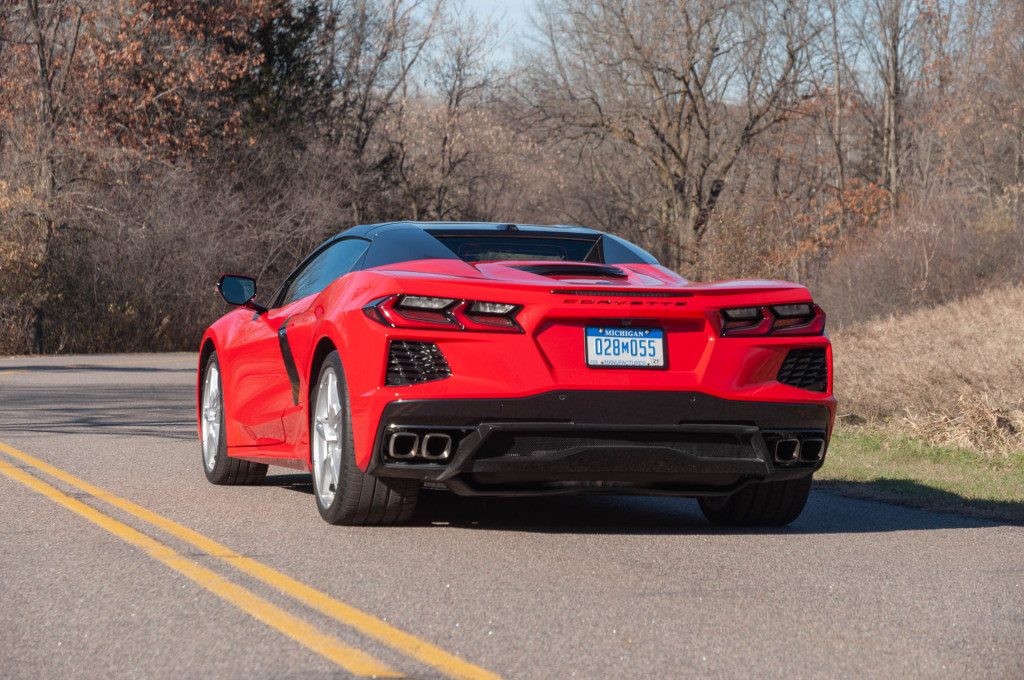 Until they see either the badge on the hood, the rear end, or the Corvette script on the rear deck, many people don’t know the C8 Corvette is a Corvette. The front has some Corvette design cues with the pointed nose, low-slung headlights, sculpted hood, and flowing fenders, but the switch to a mid-engine layout gives it the proportions of a Ferrari. That’s not necessarily a bad thing, but the rear end is. It’s a mess of swoops, scoops, and vents that all add up to simply too much. Where are the round taillights? Why are the exhaust tips square? The rear end is not pretty. 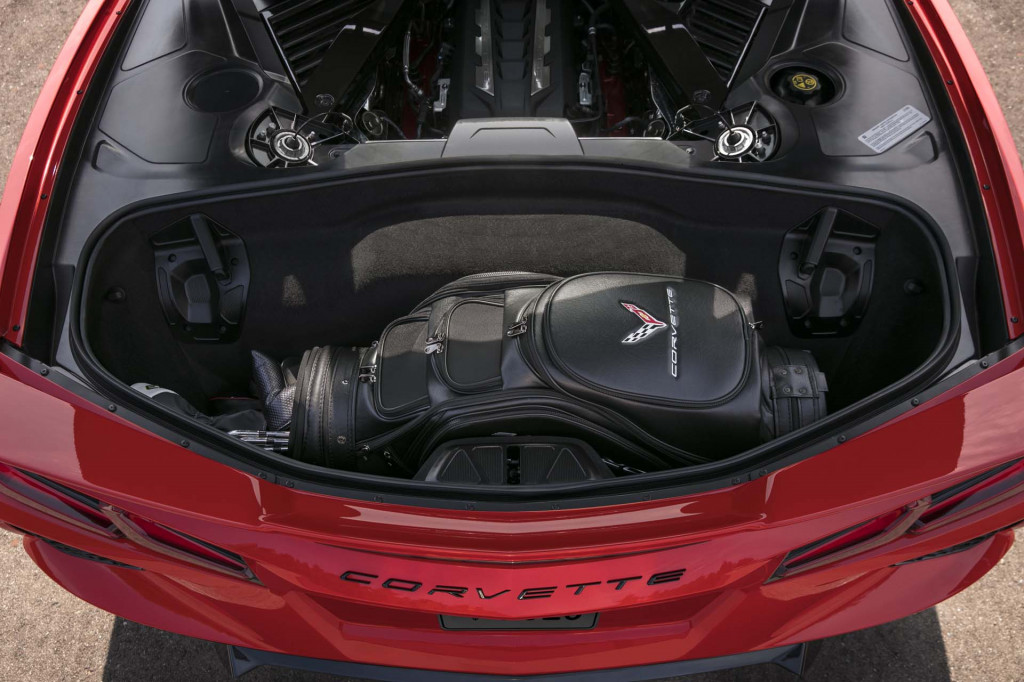 A Corvette hallmark is the ability to haul golf bags, and yes, Chevrolet claims the new Corvette can hold two golf bags. In reality, it can hardly fit one thin bag, and it’s a squeeze regardless of what Chevy or the dealership might say. The Corvette is still all-American, but it’s now a mid-engine sports car inspired by European greats. It might no longer be the best car for golf outings. 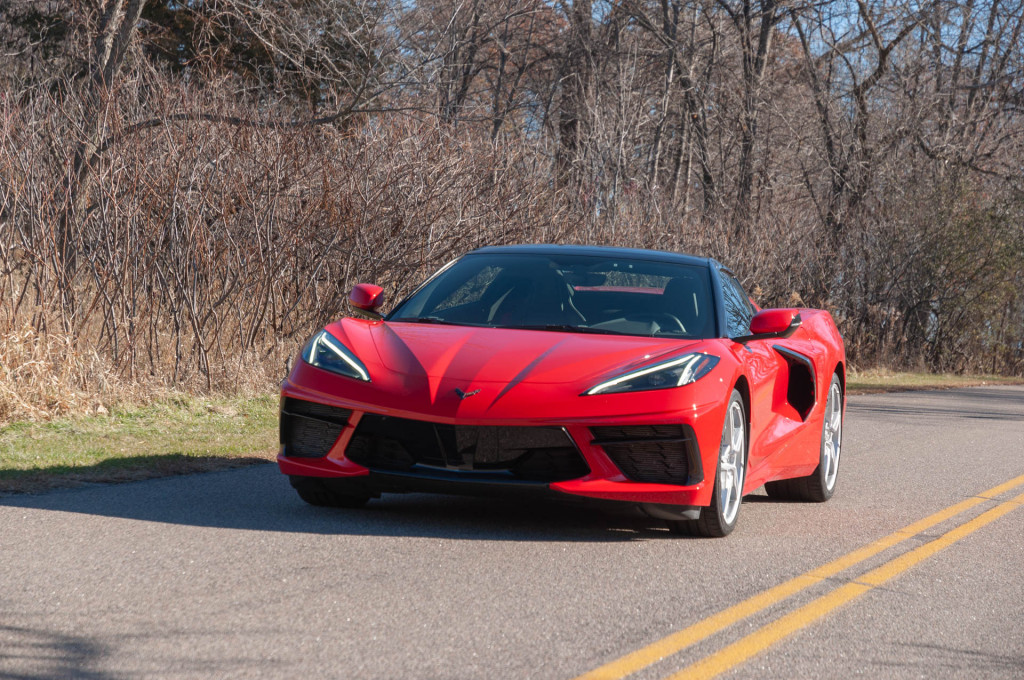 Safety should be standard

I’m all for the mantra of simplify and add lightness, but the year is 2021 and safety should be standard. The most important modern safety tech isn’t even optional on the new Corvette. It’s not available with automatic emergency braking—an oversight we simply can’t ignore—blind-spot monitors, adaptive cruise control, or active lane control. I get it. Some of those features take the fun out of driving, but the basics should be there. At least the seat-belt reminder comes standard for 2021, though it can be turned off. 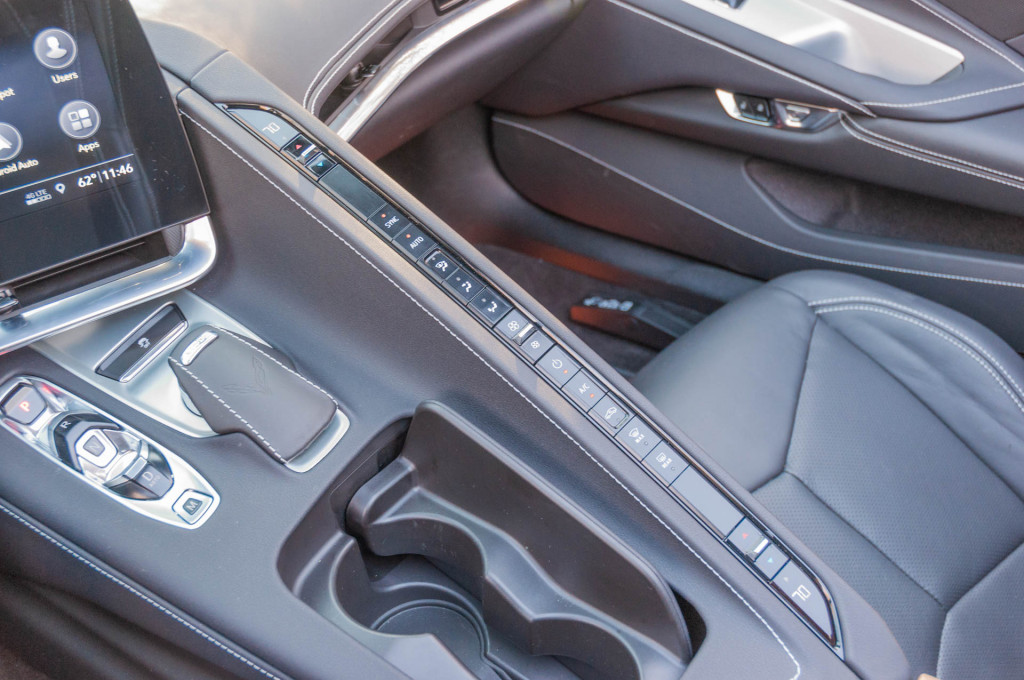 That line of buttons

Our editorial team has split opinions on the interior design and quality of the mid-engine Corvette. Some feel the line of climate controls on the angled bar between the passengers is a bad design at best, confusing and hard to use while driving at worst. It’s as if the buttons Porsche ditched in the latest 911 made their way into the C8 Corvette’s parts bin. Chevy provides a button or rocker switch for most major controls. It looks much better in person than in photos, but it’s still not the pinnacle of design. Couldn’t Chevrolet have found a better place and a better design for the climate controls? 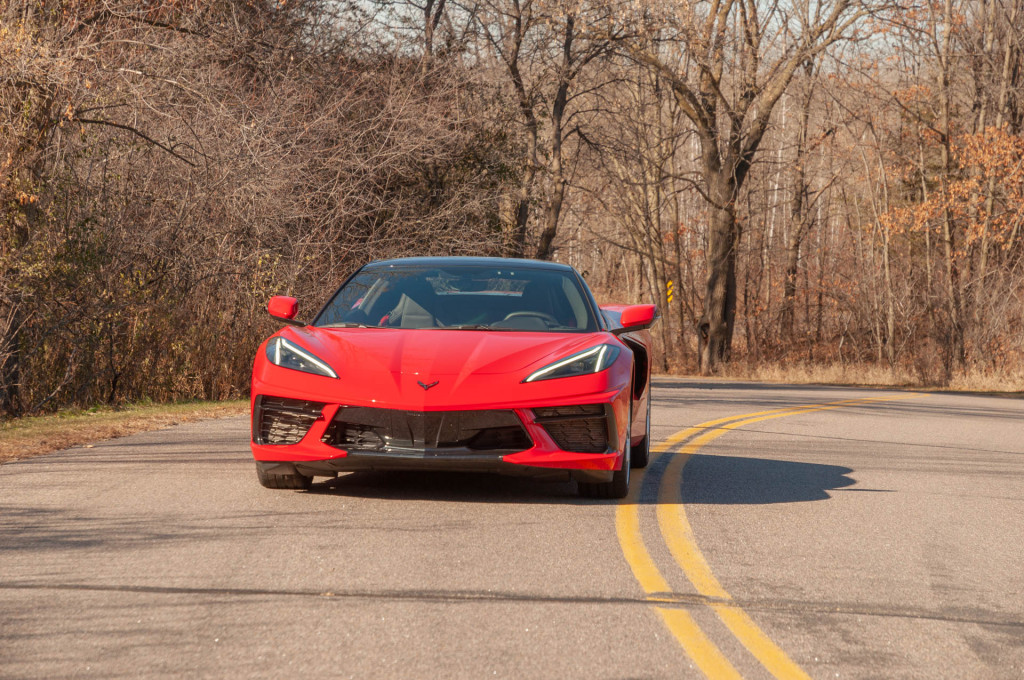 If these niggles all sound nitpicky it’s because they are. The missing drama is my biggest issue, and that will hopefully be corrected with more powerful variants like the Z06 and/or Zora. So hang tight, the drama might be on the way.

In the meantime, for less than $60,000 in coupe form and $67,495 for a convertible, it’s hard to make the case for a better sports car value than the C8 Corvette. Priced like a Porsche 718 but with more power and more cylinders, the mid-engine Corvette is the American hero we need.