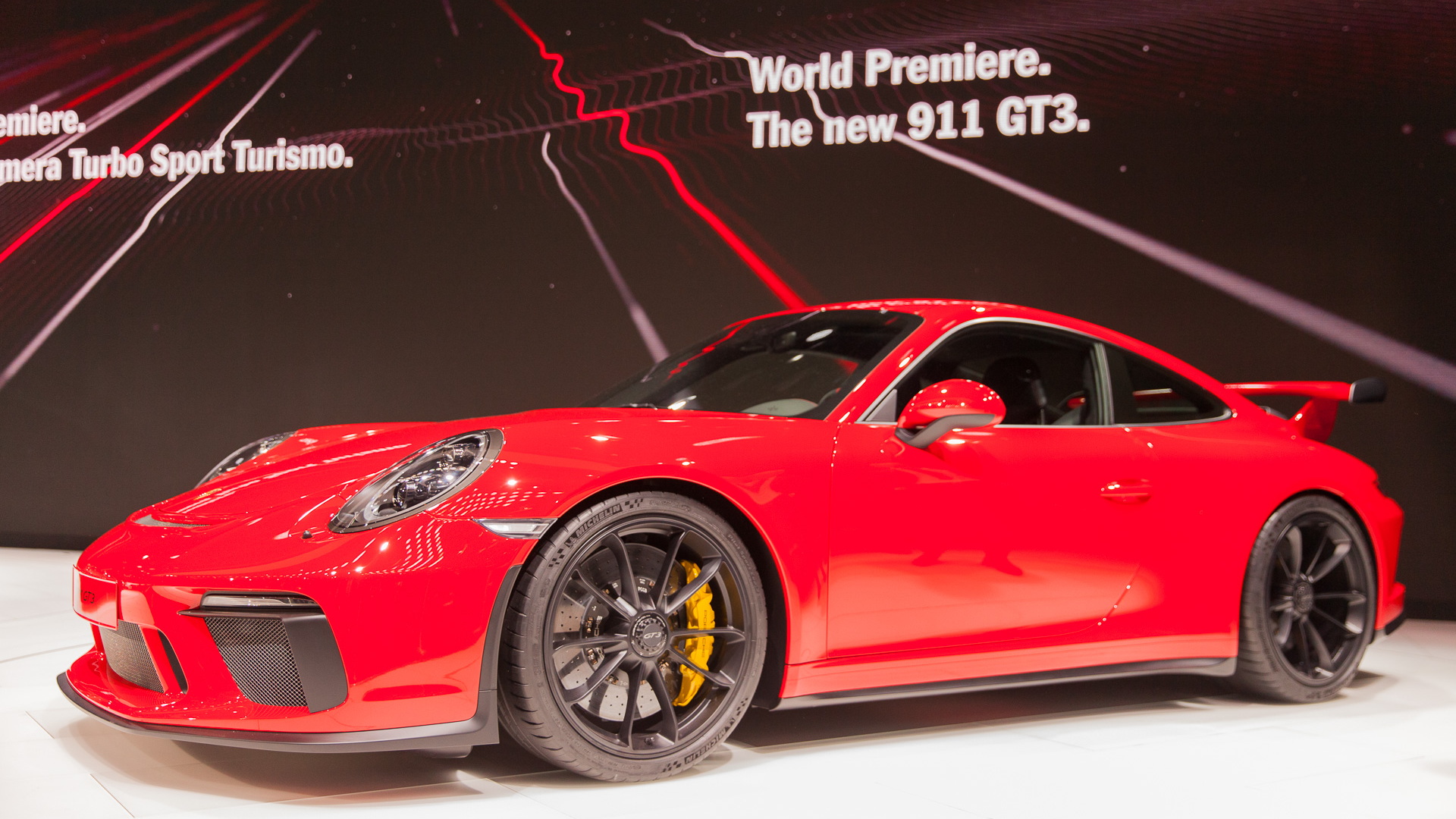 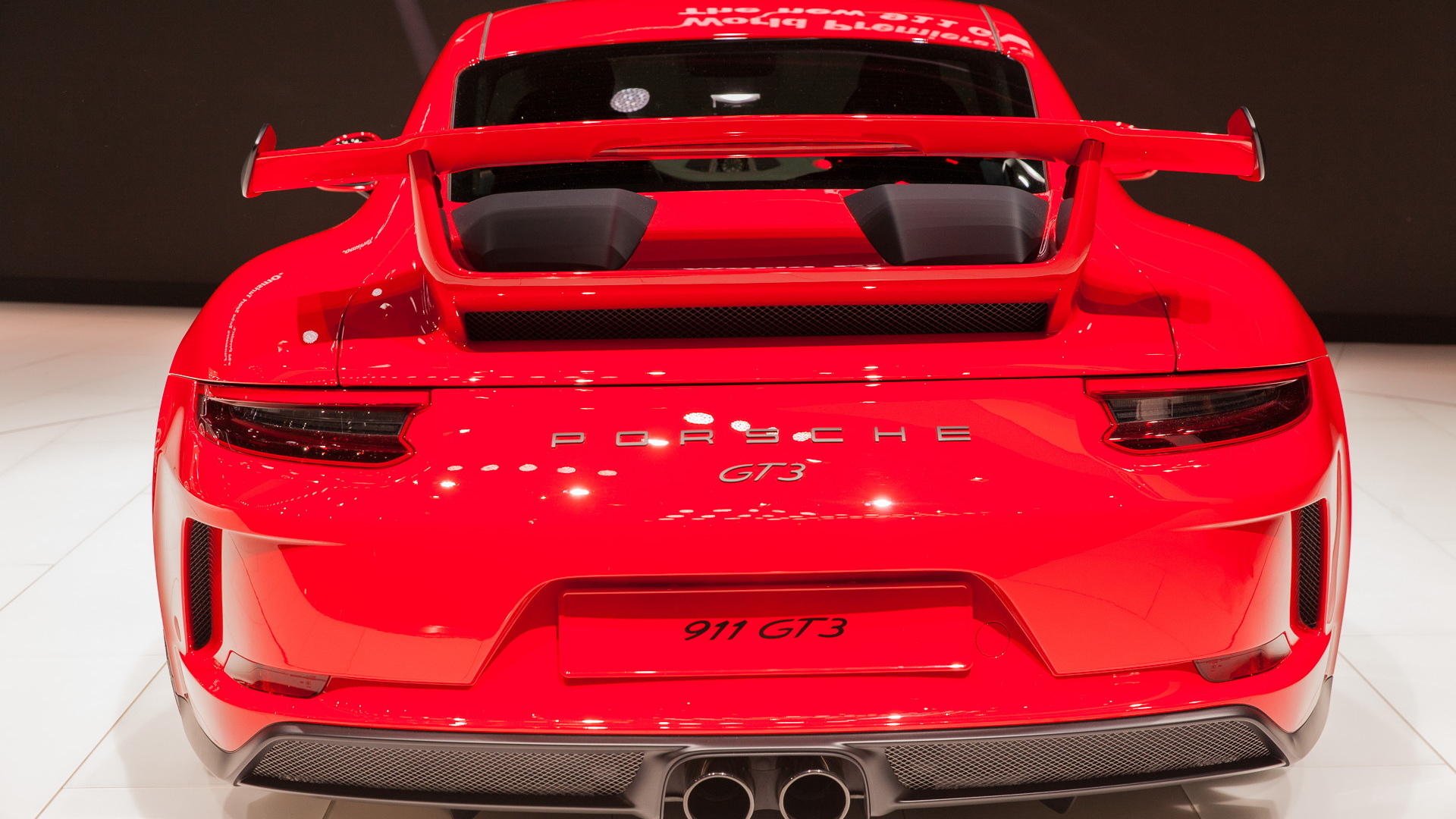 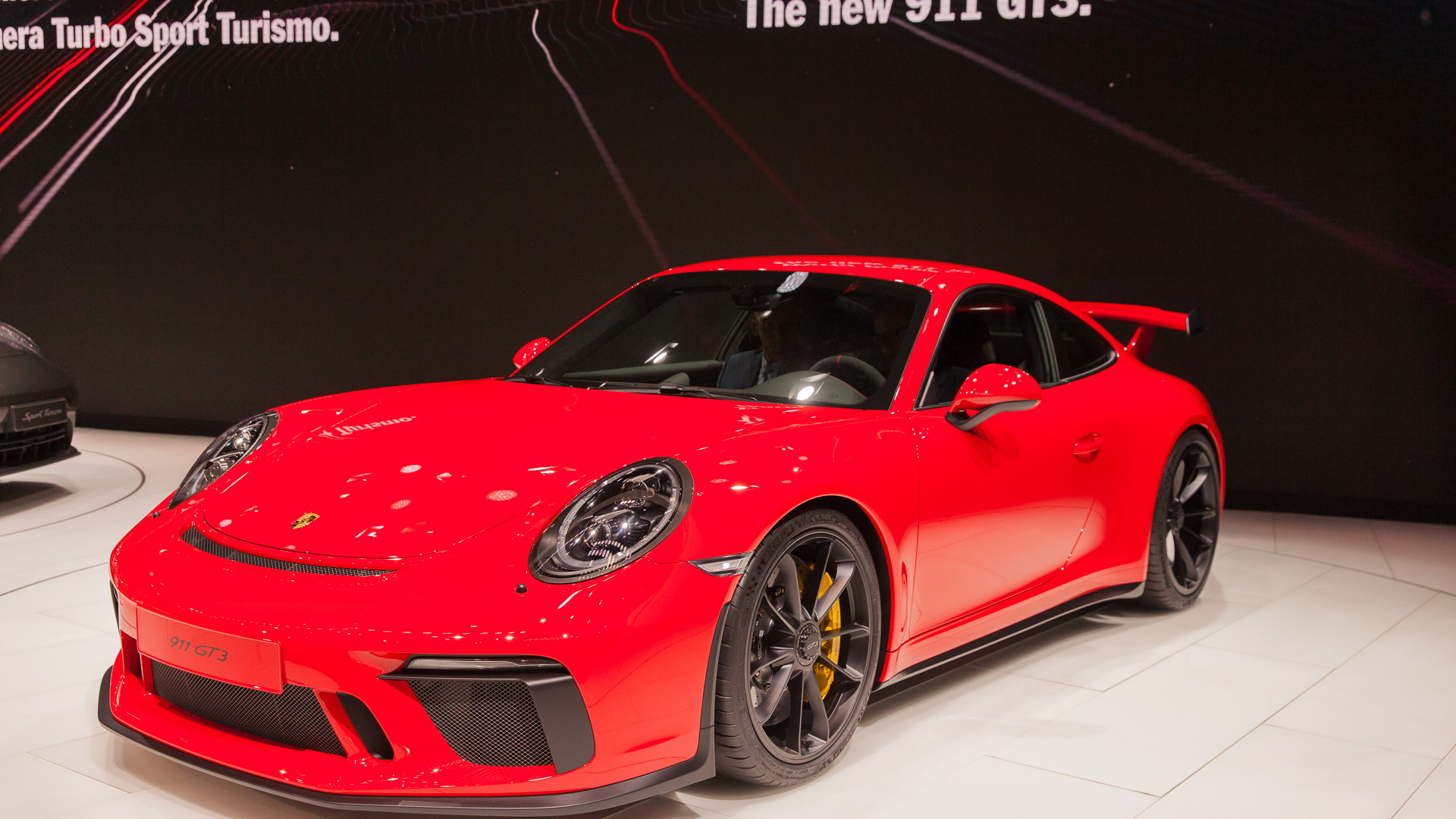 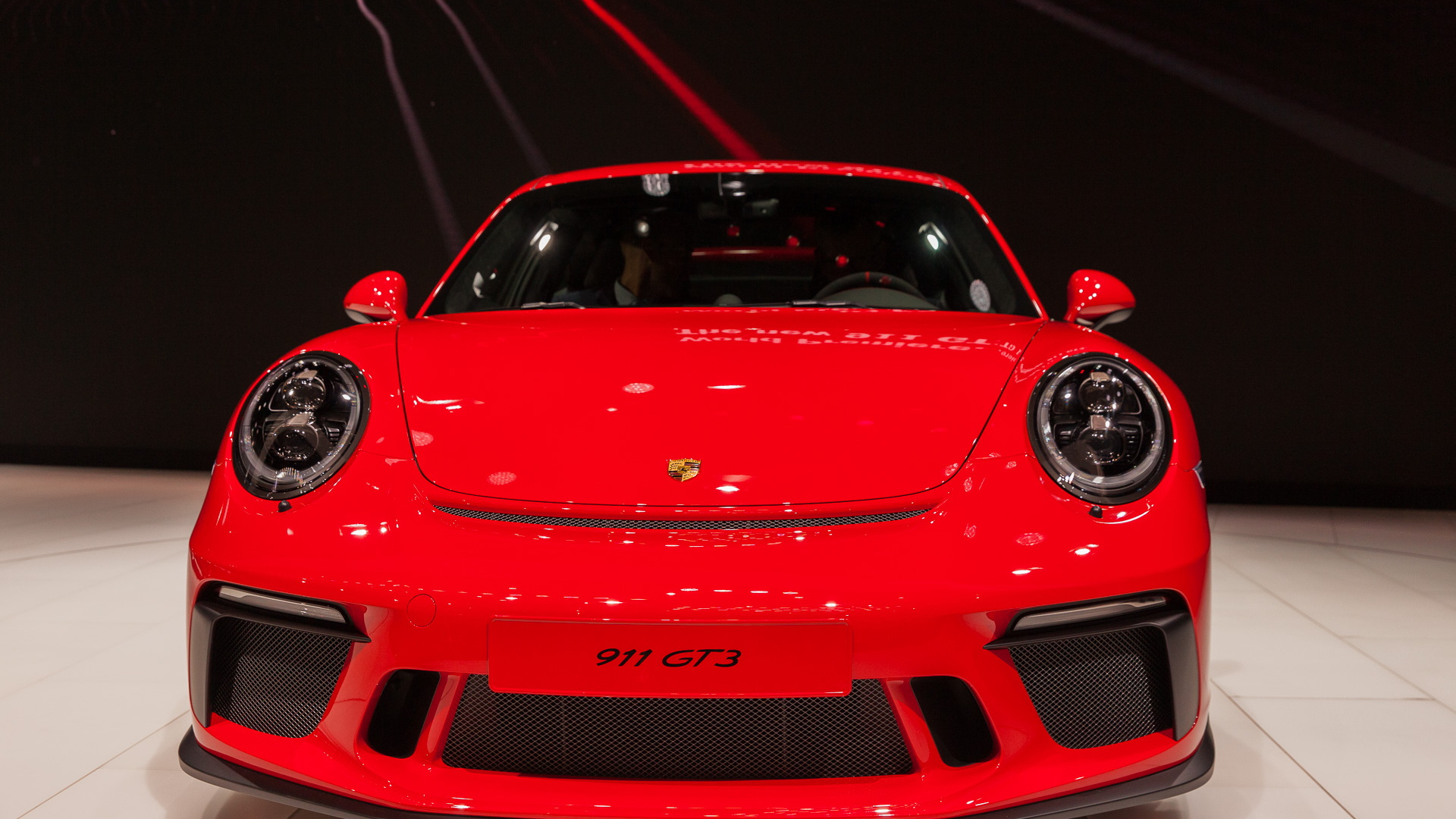 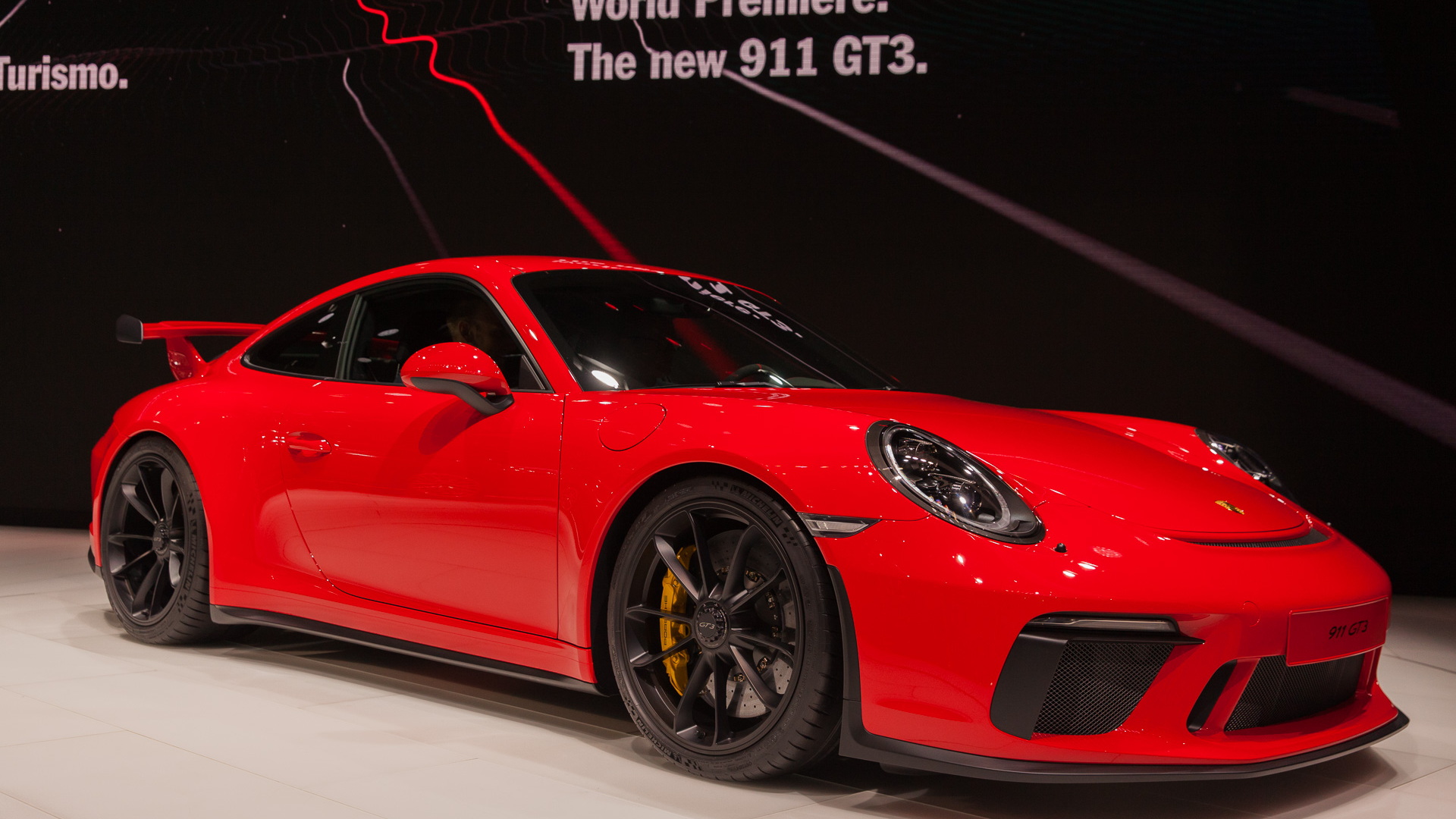 Porsche 911 GT3 owners had every right to be angry after the 911 R debuted at the 2016 Geneva auto show. Not only did the R get an extra 25 ponies via the GT3 RS's 4.0-liter, 500-horsepower flat-6, it had what numerous GT3 owners wanted in the first place—a 6-speed manual transmission.

A year later, at the 2017 Geneva auto show, and the tables have turned, because—as was expected—the updated 2018 Porsche 911 GT3 has just about everything that made the 911 R great. Except the stripes. You can keep those, R owners.

Obviously, we'll start with the big news—the return of a six-speed stick to the GT3 range.

While Porsche still lists the excellent 7-speed dual-clutch transmission as standard, the 6-speed manual gets a callout, promising a lighter curb weight, at 3,116 pounds for the three-pedal GT3 versus 3,153 lb for the PDK. The flip side—and the reason you should still select the two-pedal model—is because the 7-speed model is over half a second quicker to 60, at 3.2 to the manual's 3.8. The new PDK-equipped GT3 is also just a tenth off the GT3 RS's 0-60 mph time, too.

But other changes for 2018? Well, there aren't many—this is a 911, after all. Visual tweaks are modest even for Porsche's notoriously glacial evolutionary pace, which seems fitting on a facelift that feels more like a mea culpa for the non-manual GT3 than a necessary refresh. The only real noteworthy change in the cabin is the available “GT Sport” steering wheel which the GT3 adopts from the 918 Spyder.