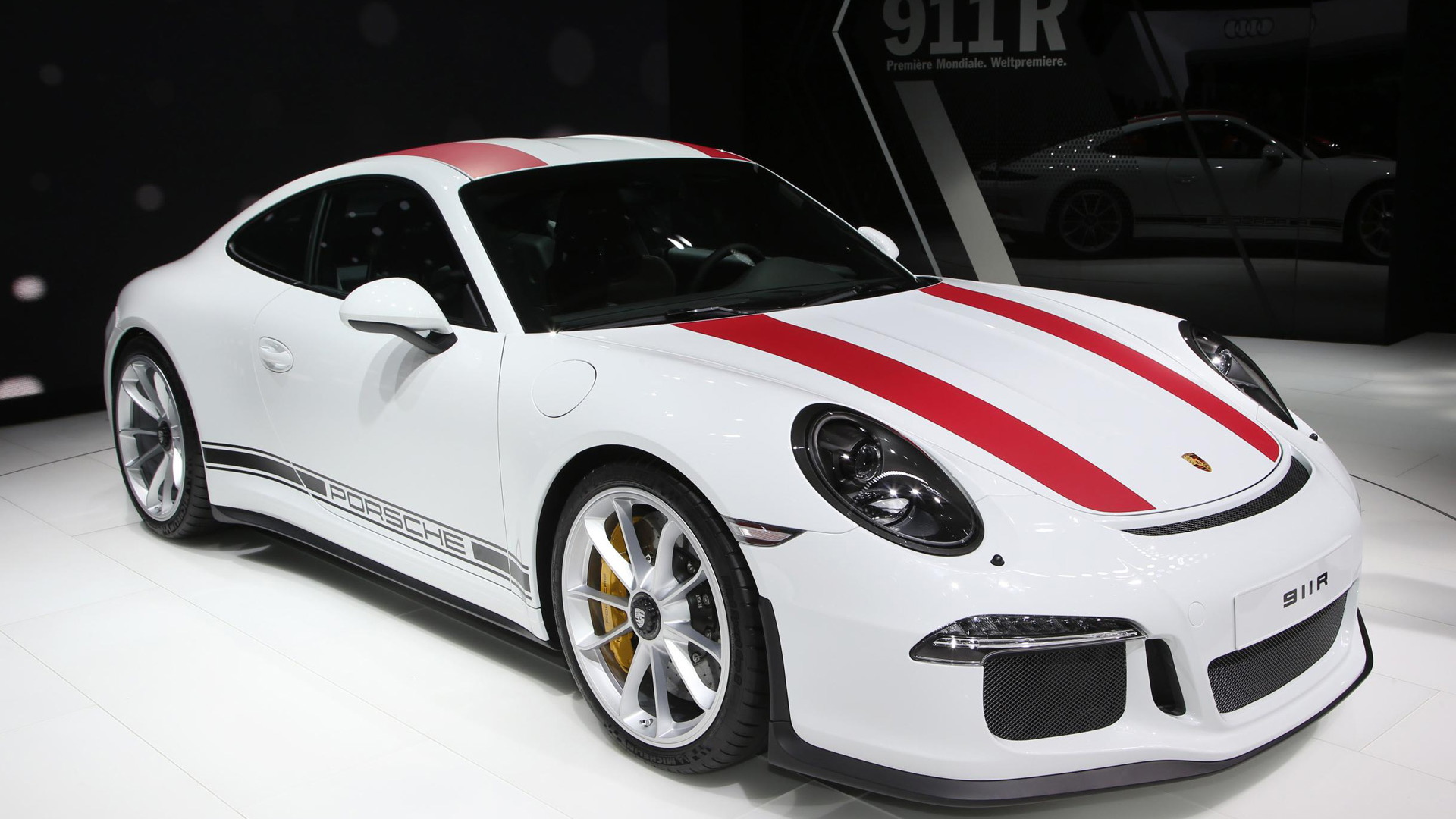 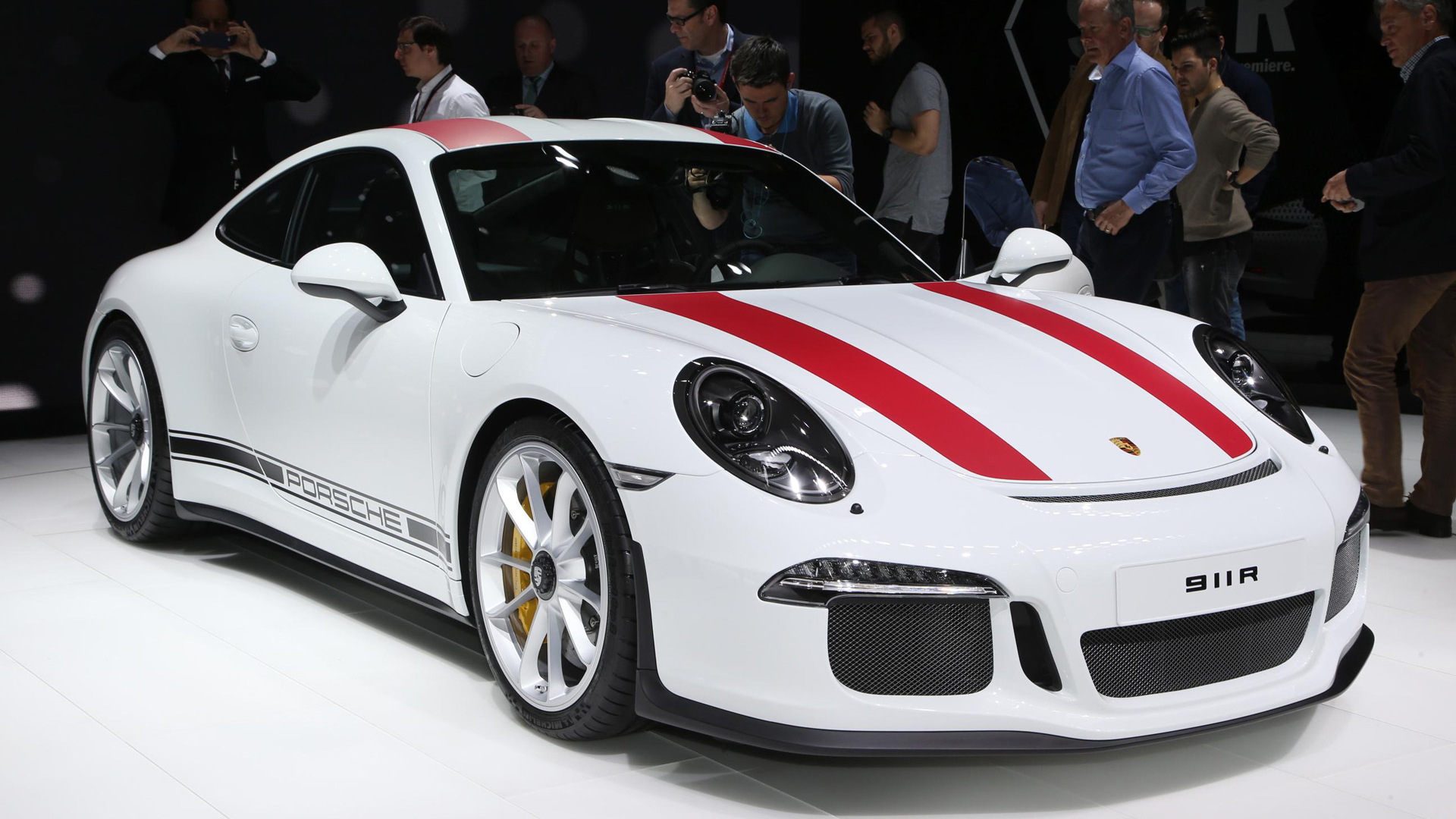 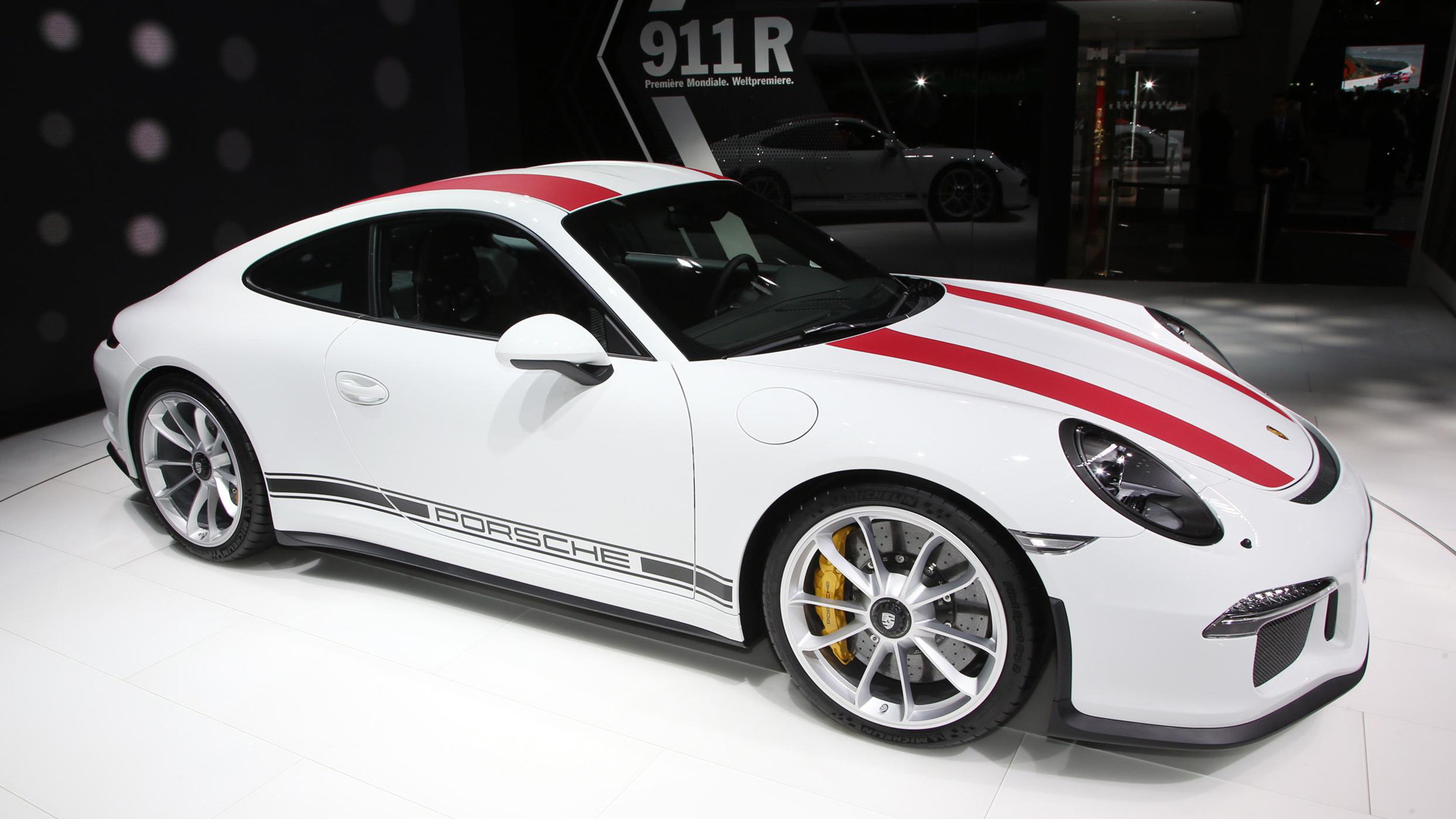 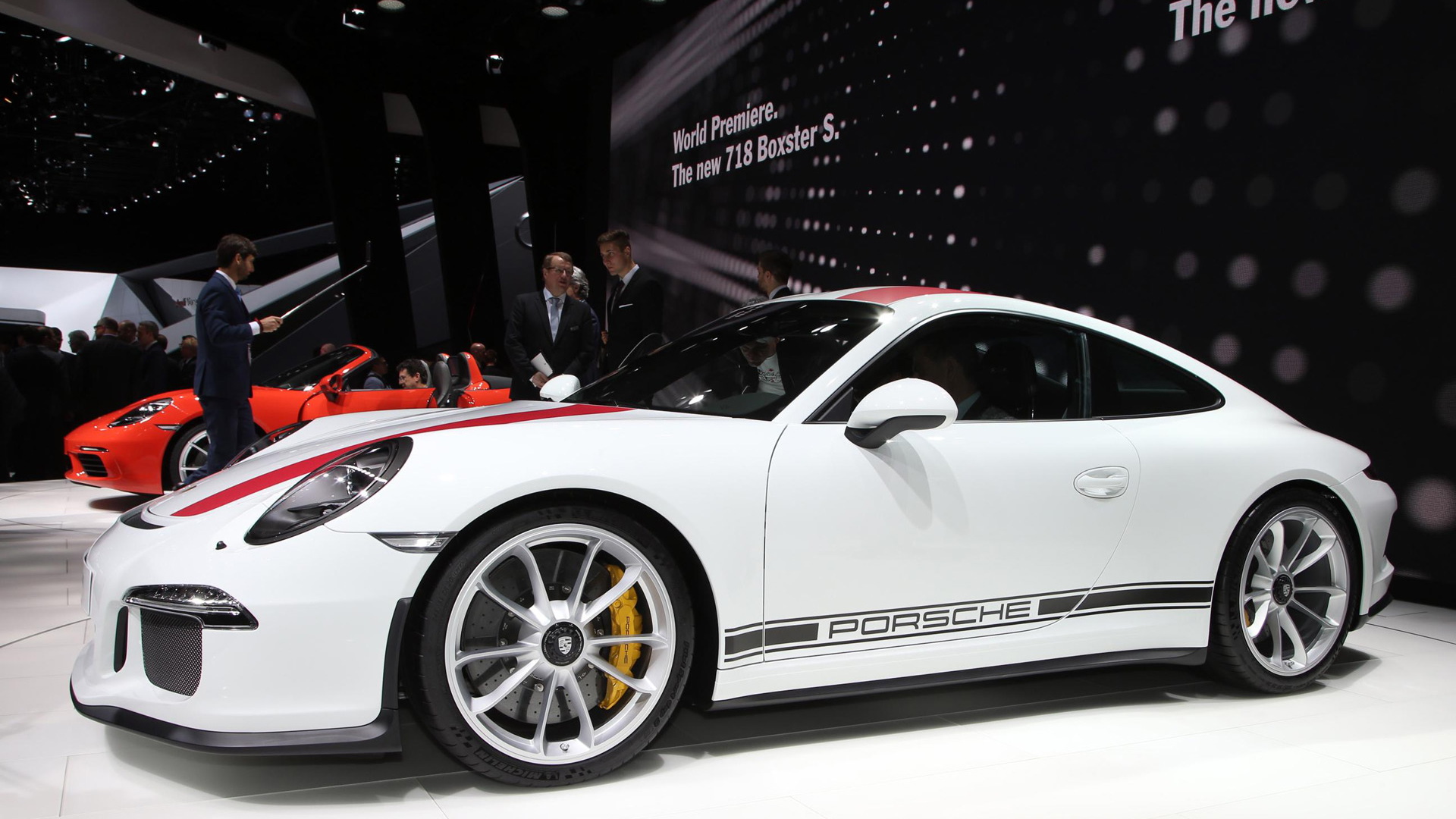 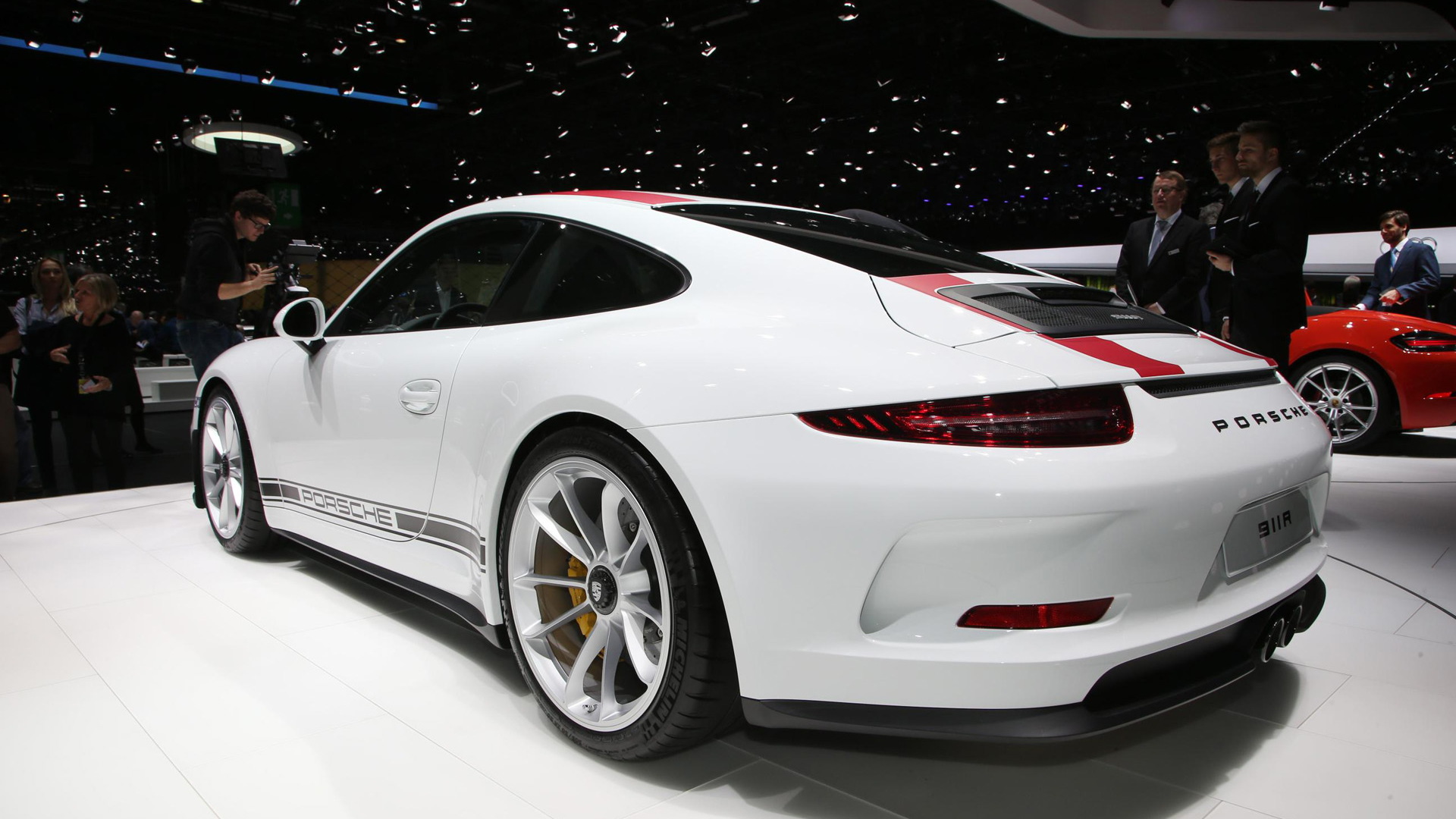 Following yesterday’s leak, we now have official details on the new Porsche 911 R following the car’s world debut this morning at the 2016 Geneva Motor Show. The car is designed for those Porsche purists lamenting the somewhat radical direction engineers took with the latest 911 GT3 and 911 GT3 RS, particularly the decision to drop the manual transmission from the cars.

It celebrates the original 911 R, which turns 50 next year. The original was a lighter, more powerful version of the first-generation 911 that Porsche built to gain homologation for international sports car racing. The new one might not be a homologation special but it still follows the stripped-out race car for the road ethos of the original.

The modern 911 R is based on the hardcore GT3 RS, though instead of a dual-clutch transmission it features a conventional manual transmission, one with six forward gears. Recall, other manual-equipped 911s have seven forward gears. The engine is the same 4.0-liter flat-six fitted to the GT3 RS and here output remains at 500 horsepower and 338 pound-feet of torque. According to Porsche, the 911 R can accelerate from 0-60 mph in 3.7 seconds and reach a top speed of 200 mph.

You’ll also notice that the 911 R misses out on all the aero aids of the GT3 RS, including the massive rear wing.

This has allowed engineers to keep weight down. In fact, weighing just 3,021 lb, the 911 R is 110 lb lighter than the GT3 RS. Further weight-saving mods include carbon fiber for the trunk lid and front fenders, magnesium for the roof, and a stripped-out cabin (there’s no rear seat, air conditioning or a radio). Carbon fiber is also used for the seat frames while the seat centers are upholstered in a houndstooth design, paying homage to the first-generation 911.

Other upgrades include unique tuning of the rear-wheel-steering system fitted to the latest 911 variants as well as the car’s electronic stability control system. There are also standard carbon-ceramic brake rotors, a mechanical limited-slip differential at the rear axle, forged 20-inch wheels and a rev-match function for the transmission.

Porsche will build just 991 examples of the 911 R, making it an instant classic. The total number of cars represents Porsche’s internal designation for the current-generation 911. The car is available to order now and should be reaching dealers in the United States late this summer, as a 2016 model. Porsche has confirmed that pricing starts at $185,950, including a $1,050 destination charge.