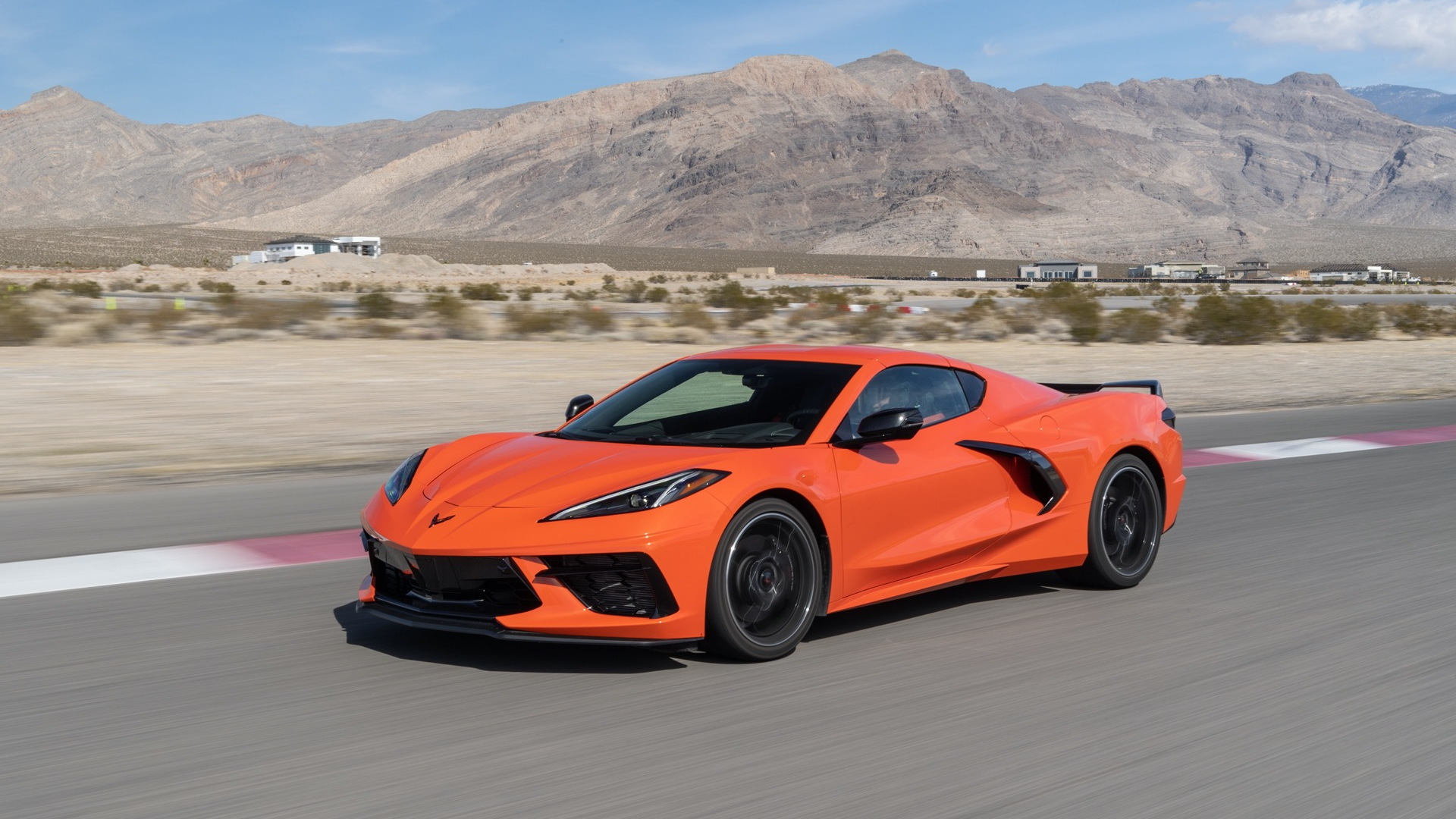 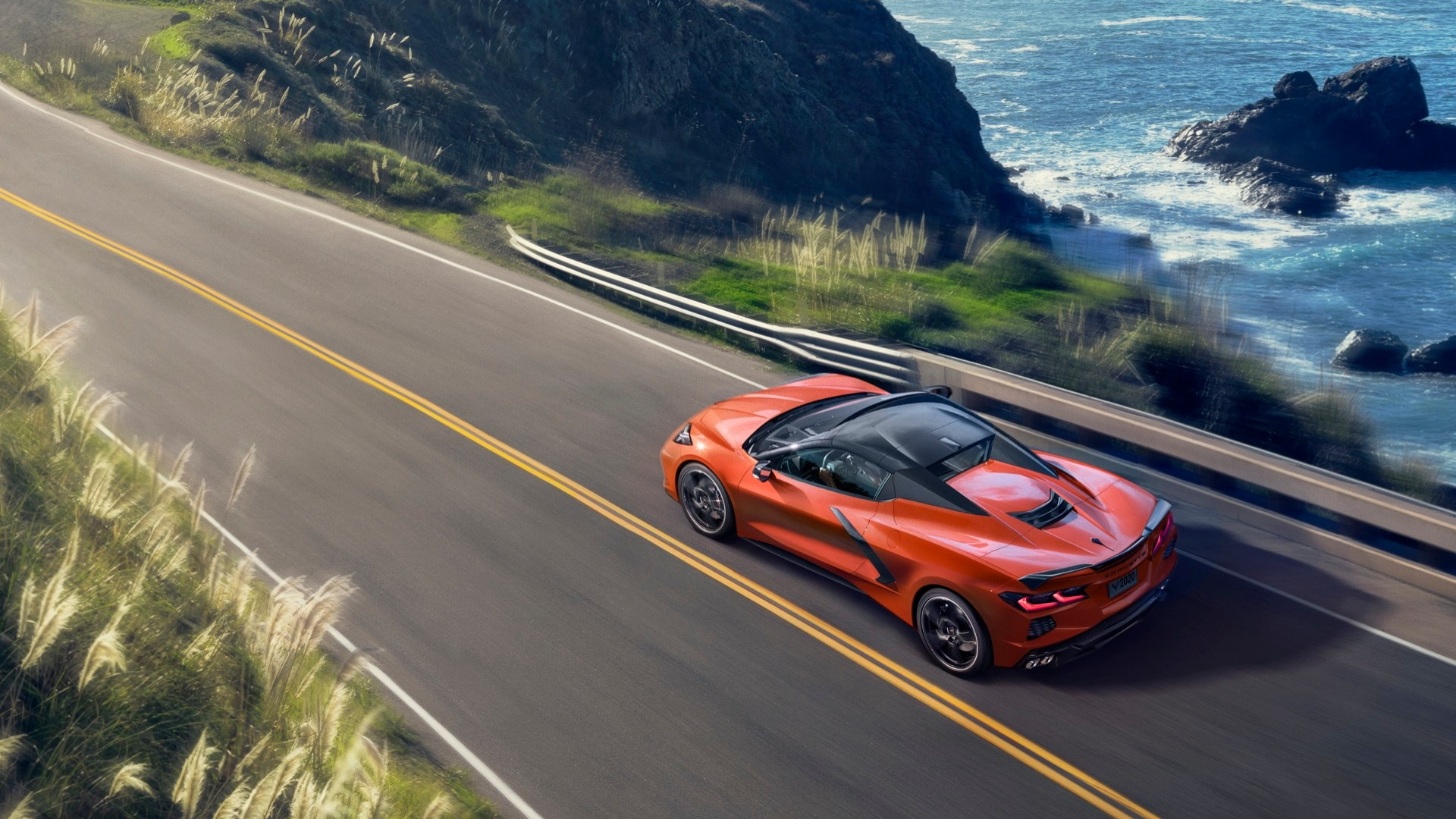 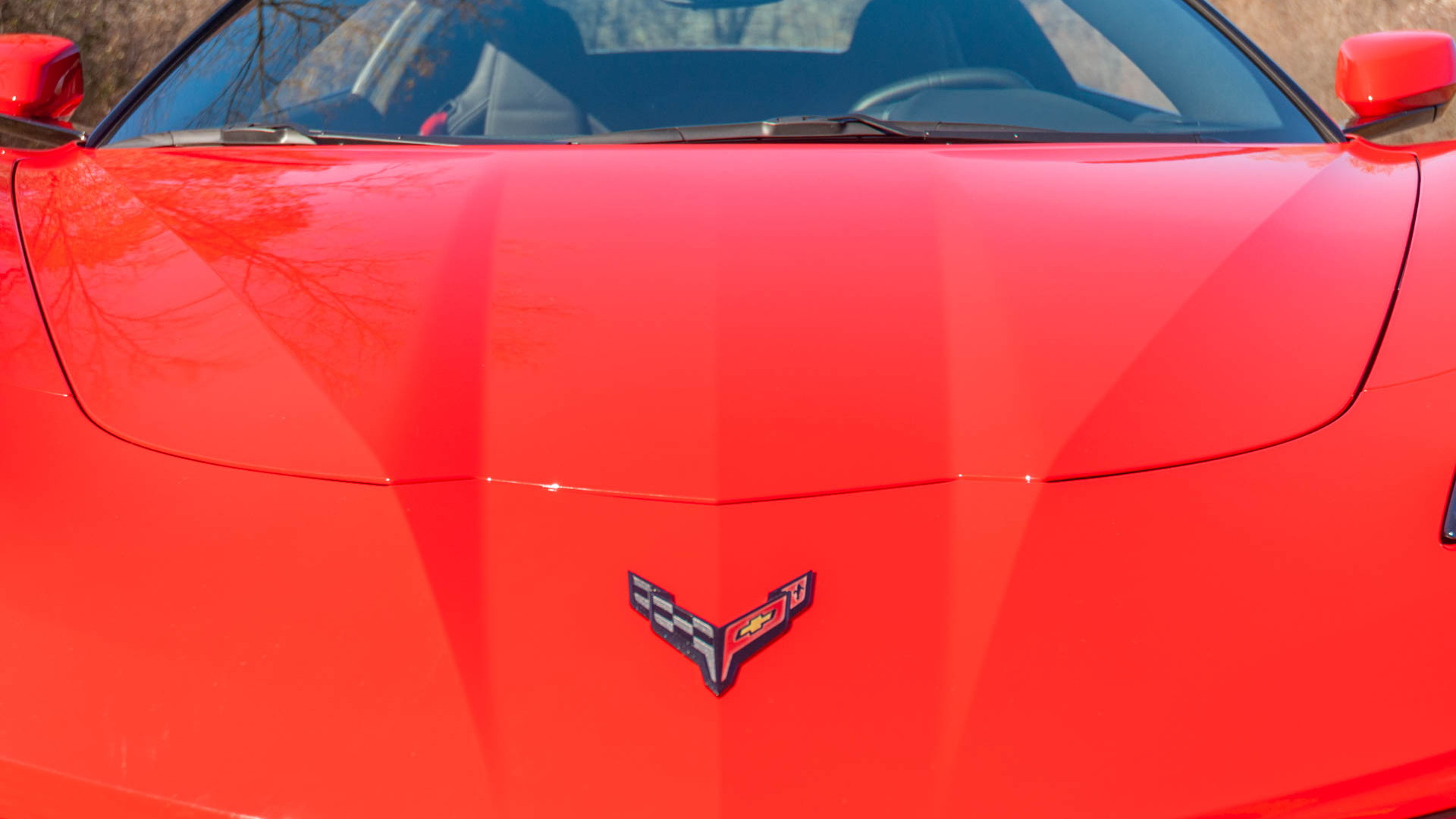 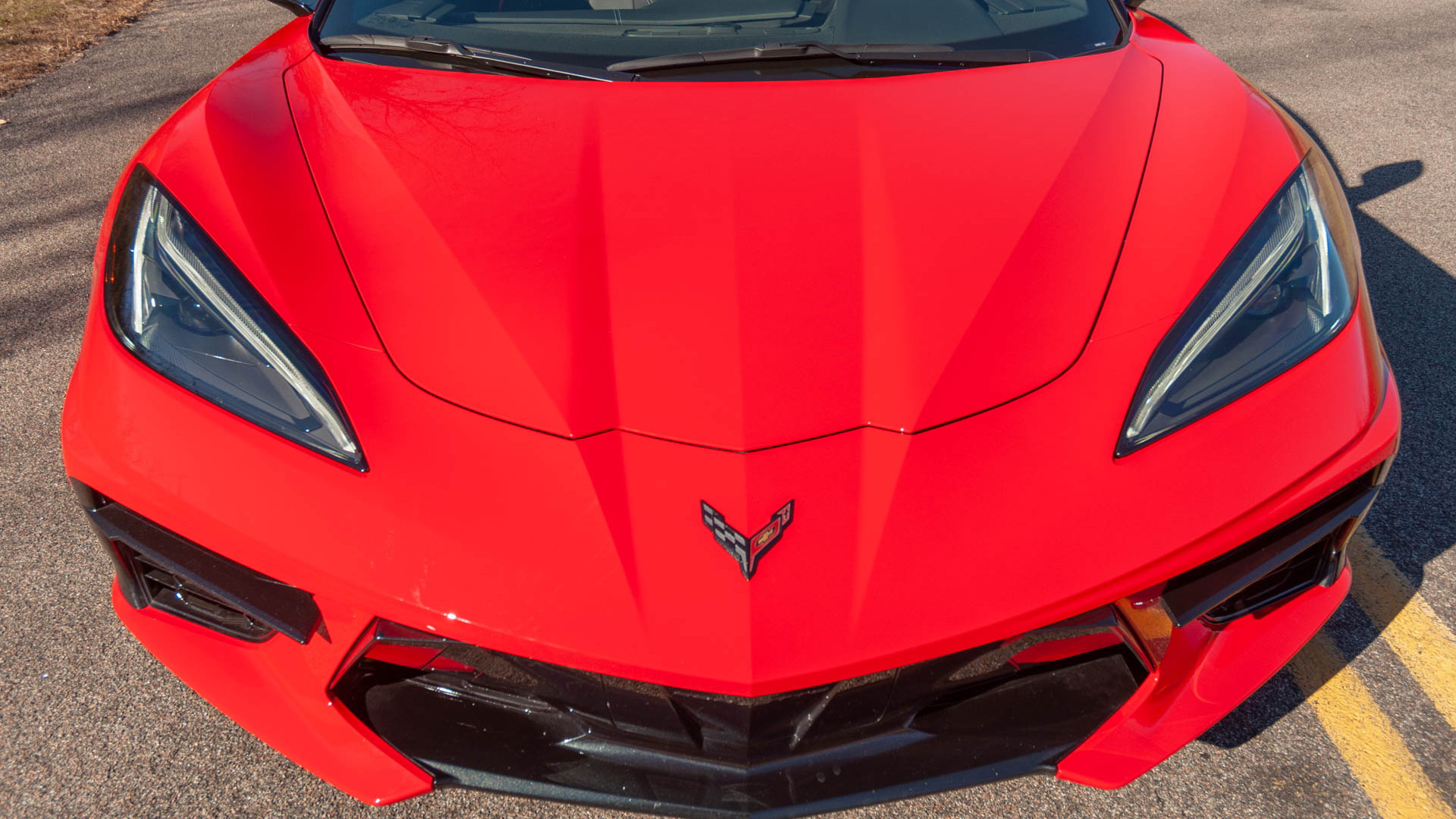 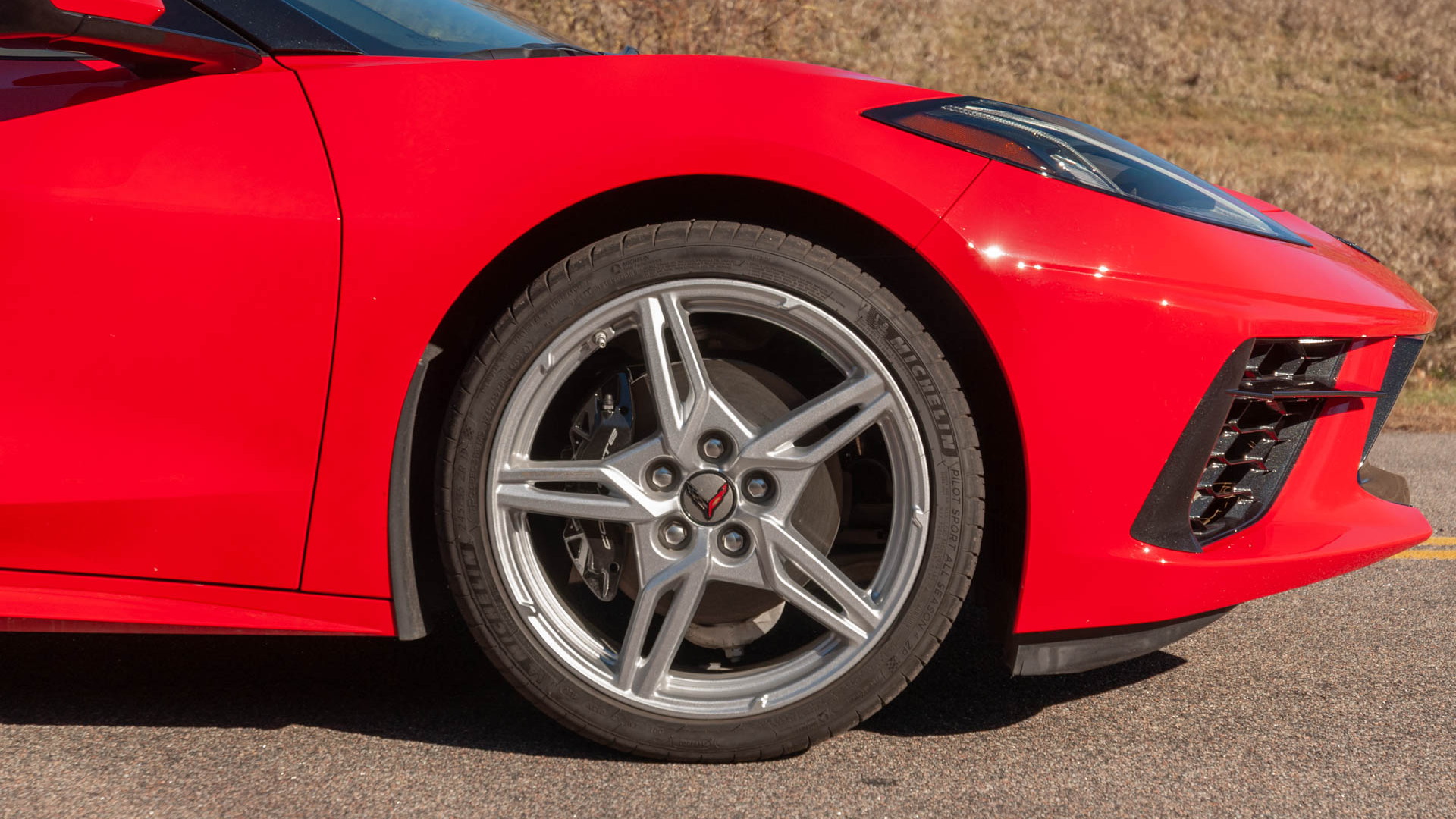 The market for performance and luxury cars is changing. Electric vehicles such as the Porsche Taycan and Tesla Model S are making a play for buyers' dollars and enthusiasts' hearts with old-fashioned luxury and exhilarating acceleration enabled by electric motors and big batteries. The time will come when an electric car wins Motor Authority's Best Car To Buy award. That time was almost this year, but in the end traditional performance won out.

Some of our editors thought the redesigned mid-engine Corvette was a shoo-in for this year’s award, but Editorial Director Marty Padgett challenged us to expand our definition of performance for the EV evolution underway. In this case, the Ford Mustang Mach-E provided the challenge. It may take on the form of a crossover SUV, but the Mustang name is more than just a marketing ploy. The Mach-E is quick and agile, and genuinely fun to drive.

But the Corvette is more fun to drive by a wide margin, and it’s an outstanding value. Until the Mustang Mach-E comes with grippy summer tires, dinner-plate brakes, and track-ready cooling, it won’t be able to win this award. That could come as early as this year with the arrival of the 580-horsepower GT model.

The Corvette offers all those traits, plus a sonorous V-8. Most importantly, it’s the kind of car we want to own and drive. And the way it drives is what earned the Corvette the Best Car To Buy 2021 award.

Corvette engineers advocated for the change to the mid-engine layout to eke out the last bits of performance to make the Corvette as capable as European sports cars that cost three times as much. That required a Herculean engineering and tuning effort to create a well balanced and engaging car, and the Corvette team was up to the task.

“It’s one of those cars that almost reads your mind when you drive it,” Motor Authority contributor Brian Wong said after a drive. “If I wanted the nose to dive in, it would. If I wanted to hang on the power and get it to move around a little in the back, it would.”

I experienced those traits in my first drive of the Corvette at Spring Mountain Motorsports Ranch in Pahrump, Nevada. The car turned in with immediacy and rotated willingly. The rear end was stable, and it needed to be coaxed to lose grip. Once there, however, it was easy to control and I could use the rear end to steer the car. A ride with an especially enthusiastic engineer revealed the C8 can be steered around a track almost exclusively with its rear wheels.

The new layout gives the Corvette better sight lines. The driver sits farther forward with a better view over the hood, which makes it easier to place the car on a track. The seat placement is closer to the car’s center of mass, too, which Wong noted when he said, “It felt like it had a pole in the middle of it and it was just turning around it.”

Interactive Content Manager Joel Feder compared the new Corvette to a beloved Ferrari and the best Corvette of the last generation, the ZR1, which won our Best Car To Buy 2019 award. “This car’s steering is so much more precise. Its turn-in is so much quicker. Frankly, it reminds me a lot of the 488 Spider and that car was like $300,000. And it’s going to be 10 times more reliable.”

The biggest advantage of the mid-engine layout is rear-wheel traction. With its 40/60 front/rear weight balance, the Corvette’s massive 305s grab the pavement far more efficiently than the C7 Corvette with its 50/50 weight balance. The increased weight over the rear wheels helps the new 495-hp Corvette launch from 0-60 mph in just 2.9 seconds, which is a virtual match for the 755-hp C7 ZR1.

Wong thought the change in form factor improved the balance. “I’m a fan of mid-engine cars in general,” he said. “I think everything should be mid-engine if it’s going to be a sports car.”

Based on how well the new Corvette drives and accelerates, he appears to be on to something.

Our editors were split about the new design, but we agreed that the car draws fans’ attention.

Senior Editor Robert Duffer drew attention from a different crowd during a road trip in the Corvette. “At a truckstop, truckers stopped their rigs to admire and ask questions, on the road passing windows were filled with thumbs up and smartphone pix, and even in my driveway, a grandma let a toddler run his hand over the wheel arches,” Duffer said.

We all like elements of the design, but we also find fault with some aspects. The nose reflects traditional Corvette cues, and the cab-forward design and large side intakes make it look like a Ferrari. “The European supercar wedge married with classic Corvette cues commands and keeps attention,” Duffer quipped.

Feder and Padgett took issue with the rear end. Feder called it a hot mess and Padgett felt the rear looked like it was designed by somebody entirely different, “like they were telecommuting and they didn’t match up until the last minute.”

Contributor Brian Wong pointed out an aspect of the car we can all appreciate. “I love the theater of the Corvette,” he said. “When you lift up the back and you see the engine and all the carbon fiber sitting there. That’s something you don’t get with the old Corvette.”

We also had mixed feelings about the interior. Most of us felt the materials are improved and the Corvette has a cabin worthy of its $60,000-plus asking price. “This might be the best screwed together vehicle GM’s ever made,” Feder noted. “Nothing squeaks, rattles, and it just feels solid.”

Padgett wasn’t impressed with the quality or the design, though, saying the interior has too many buttons—perhaps the extra buttons Porsche no longer uses in the Cayenne—and the line of climate controls on the angled bar between the passengers is ill-conceived.

Some didn’t mind the bar. “I got used to the band of climate controls after I spent enough time in it, where I didn’t even have to look and I could do my thumb press,” said Duffer. Feder agreed, but Wong said he didn’t get used to the climate control placements. I said the bar is unattractive in my first drive review. I also expect passengers will grab the bar and turn the heat up to full when rowdy drivers try to impress them with high-speed antics.

Feder also liked the squared off steering wheel, pointing out that it encourages a proper 9 and 3 o’clock hand placement and it provides a good view of the digital gauge cluster behind it.

Feder liked the base GT1 seats, but I felt the GT2s were too lumpy while Duffer said they had all-day comfort for his long trip.

Our bottom line goes back to how the Corvette drives. It makes us want to drive it, which is the mission of a sports car.

“When I think back to all the cars I drove this year, that is the one I will remember the most. I had the most fun with it. I went out and drove it every single day,” said Wong.

Duffer felt the new Corvette captures the essence of the sports car. “You make excuses to go out and drive it. It’s a great place to be,” he said. “It gives you all the thrills you want out of a car.”

Feder pointed out the Corvette’s obvious value. “It’s a lot of performance car for not a lot of money,” he said. “It’s astounding what they did with the change to the mid-engine design.”

The combination of driver engagement, the ability to put the power to the pavement, world-class track capability, and value are the clear reasons the C8 Corvette claimed the title of Motor Authority’s Best Car To Buy 2021.

Perhaps the Mustang Mach-E GT will deliver an electric version of those strengths in the coming year. Here’s hoping.