Lehman Keen is best known for building Safari Porsche 911s, but before that he was a professional race car driver with a childhood that revolved around Porsches.

Naturally, his racing career mostly centered on Porsches, and at one point he worked for Hurley Haywood. Like everything in life, there are politics and some drama in racing, and eventually he burned out.

The Keen Project Safari started in 2013. Keen was working on a 964 Porsche 911 backdate project, which he sidelined to build a Safari 911. He executed his vision and almost immediately friends and others that heard about the car wanted one.

The Keen Project Safari 911 was born.

After driving The Keen Project Safari No. 2 build, Keen spoke with Motor Authority over the phone about his career, his Porsches, and the future.

(Answers below have been condensed and edited for clarity.)

Lehman Keen and his father

Question: How did you get into cars?

Answer: I didn’t really get into cars, I got into Porsches, because I knew Porsches before I knew cars.

The first race I ever went to was the 24 Hours of Daytona in 1995 and we rode in that car. I grew up cleaning the BBS wheels.

He sold the 930 and bought a 993 GT2 race car when I was about 14 and started in PCA. I remember at 15 years old being in the rear of that car hanging onto the roll bar while blasting down an airstrip at 175 mph. 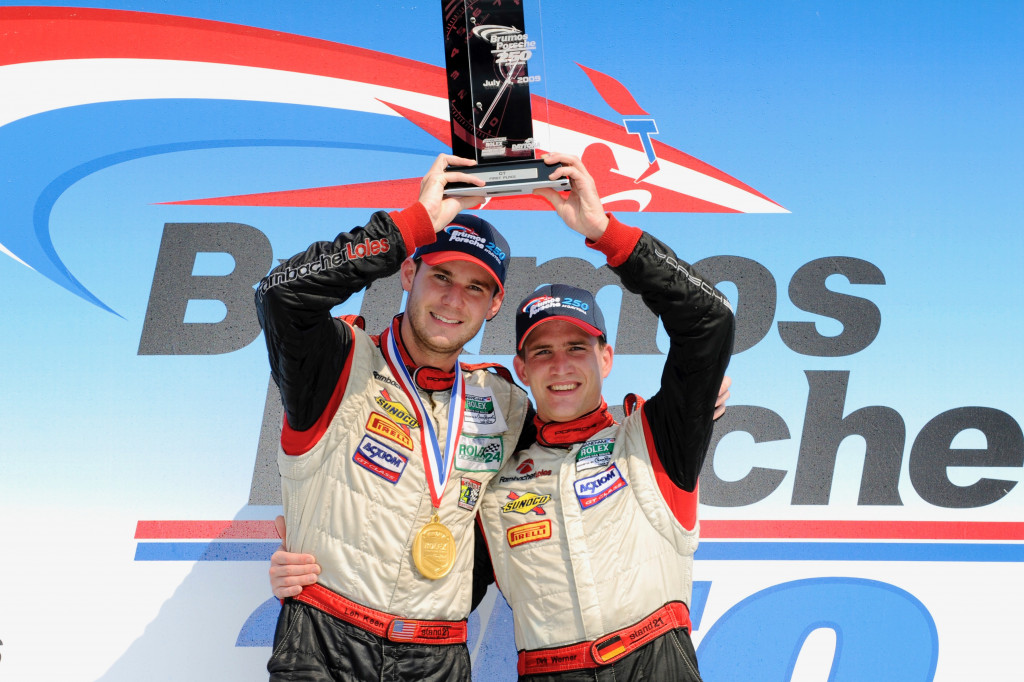 Lehman Keen after a race win in 2009. Grand Am Rolex GT

Q: How did your racing career start?

A: I started in PCA and quickly went into club racing as I was quick out of the gate. After winning each event, my dad put me in some professional races in 2004 and 2005. That evolved over the years to be something I could turn into a career. Eventually, I made the transition from amatuer to professional racing.

I was in a Porsche most of my career with some of the biggest Porsche race teams in the USA like BRUMOS Porsche and Alex Job Racing. I was heavy into sports car racing for 10 years competing in both ALMS and Grand Am ROLEX at the same time, and then in the IMSA series. The experiences were amazing including hanging out with Hurley Haywood, who ended up being my boss.

It was a pretty awesome run in professional racing from Daytona to Sebring, and being on the podium multiple times. Pretty cool stuff for a kid that started in PCA.

Q: Why aren’t you racing anymore?

A: I got a bit burned out on it. I loved it, but it turned into a real job that became really stressful with a lot of politics. Eventually I didn’t enjoy it like I used to.

Although I didn’t do everything I wanted to, I checked a lot of boxes. Over time it just became a little less interesting.

Starting The Keen Project showed me I could be involved in the car—and Porsche—world in a very different way. Suddenly my focus wasn’t solely on racing anymore. 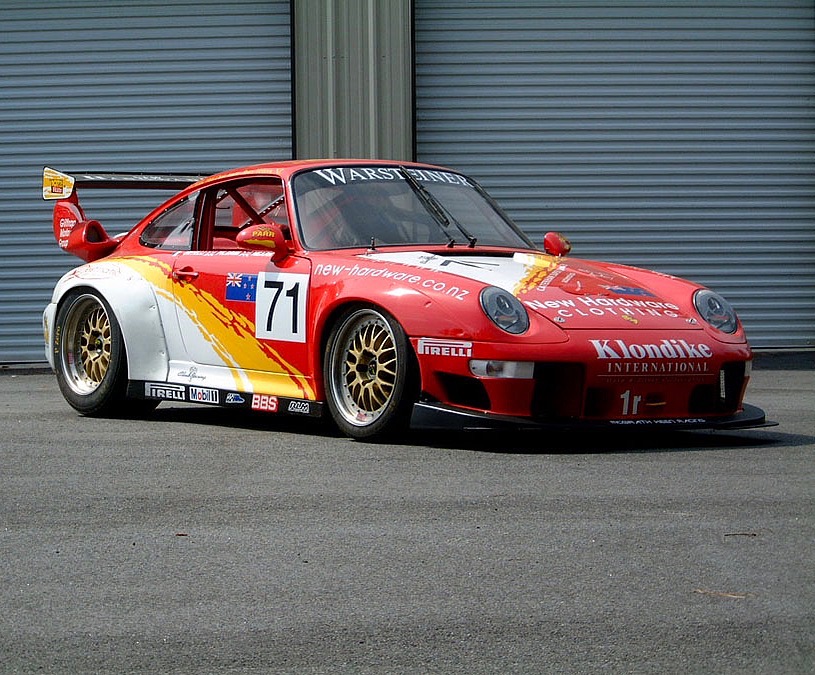 Q: What inspired you to do The Keen Project Safari 911, and how did we get here?

The Keen Project is now over five years old. I love what Porsche has with its East African Safari history. The whole idea was a car I could bomb around in, whether it’s downtown Atlanta or back in the woods. I didn’t want to worry about curbing a wheel, scratching the paint, or whatever else happened, and all the while I’m still in an old 911 with the feel and the sound.

In racing, you are evolving the car and making it better with tweaks. I’ve been doing that same thing here. Driving the cars to make them feel better, the way the clutch, steering, and everything feels, even how the motor revs. Starting with a great car, just doing little tweaks here and there to make it better is how this started and what it’s about. 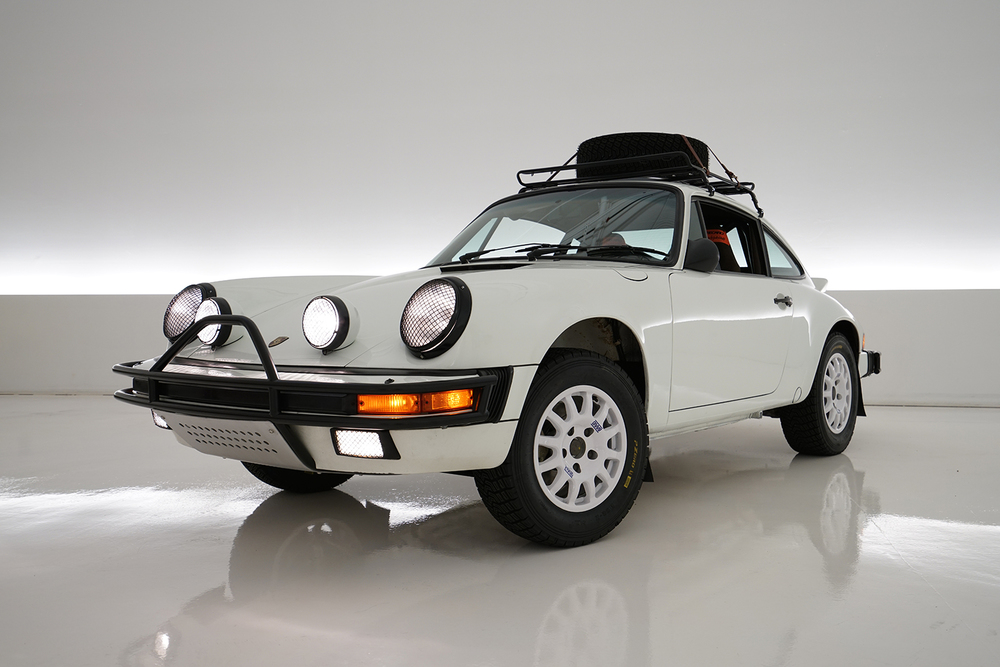 Q: Patrick Long has something like this. Did yours come first or did Patrick’s? Any relation?

A: Yeah, we are actually friends as we know each other from racing. Patrick drove my car in 2015 and was playing around with the idea to build a car. He already had a Safari-style car in mind, but after driving mine he decided to do it. He and I talked a bunch after that and he’s since built two of them. They are a little bit different. His are taken straight down to the bare tub and built up. It’s ready to go do a race, and they also come with a pretty hefty price tag. We build in the same era of cars, but our cars are a little different in style. I like his a lot. 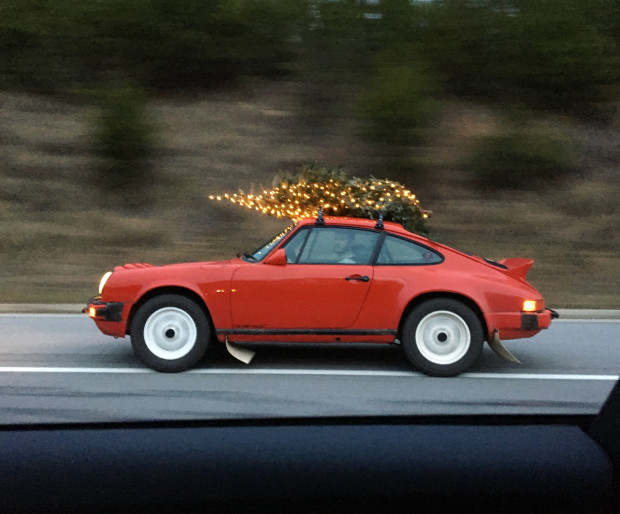 A: Mine was the first. It’s built off an 1981 911 SC; red with white wheels. It’s the template as it’s exactly what I had in mind when this started; it was my vision. I bomb around downtown Atlanta or take it blasting through national forests on dirt roads. It’s at home anywhere. 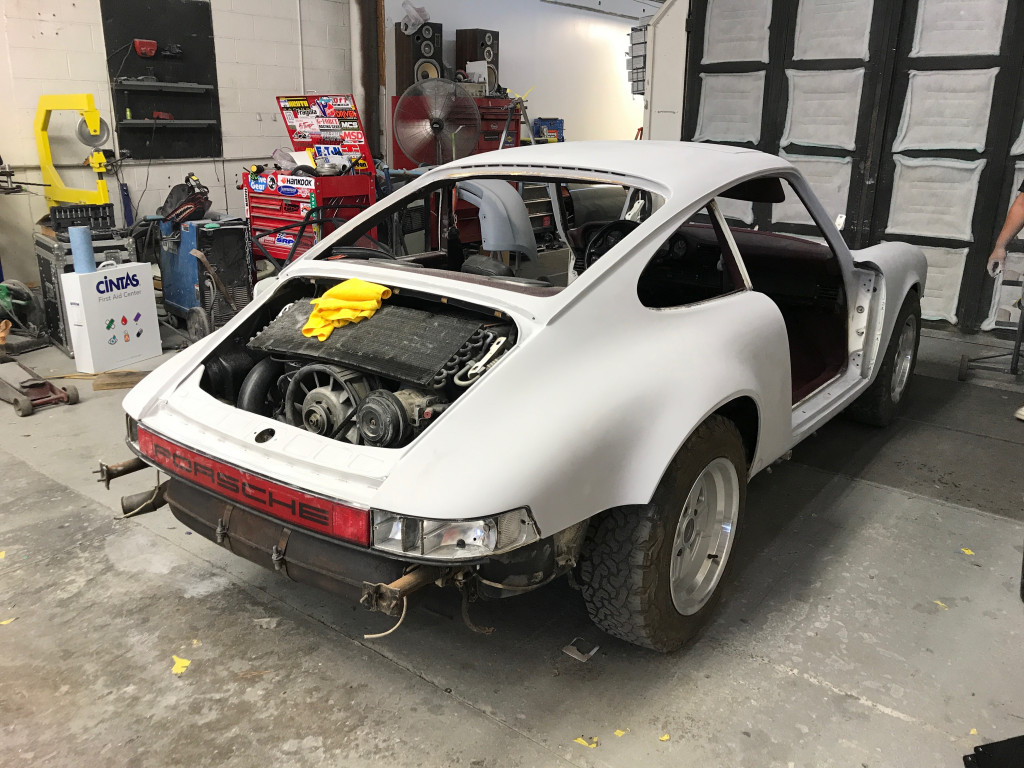 Q: Where do you get the base/donor cars? What level does the donor car need to be?

A: The customer buys the donor car, though I help them. The general rule is the cleaner the better. If you save money when you buy the donor car you’ll spend it when we go through it.

Everything is gone through, repaired, and fixed. When it’s done, it’s 100 percent ready to go. Saving money up front with a donor car makes it harder as we have to redo things, varying from the engine to the body, if money is saved on the buy. Mechanically it’s preferred that it’s clean from the get-go.

Q: Why the G-body? Would you build off any other generation?

A: Generally the donors are 1978 to 1989, which is a particular stretch of SC to 3.2 Carreras. I won’t do any other generations, just the G-body. It’s what I know, there are a lot out there, and the donors are easy to find.

It’s a very simple, rear-wheel-drive, manual 911. It’s a great platform, plus I like the torsion bars and impact bumpers they came with. More importantly, it’s what Porsche ran in the late ‘70s and early ‘80s, which is what inspired my car. 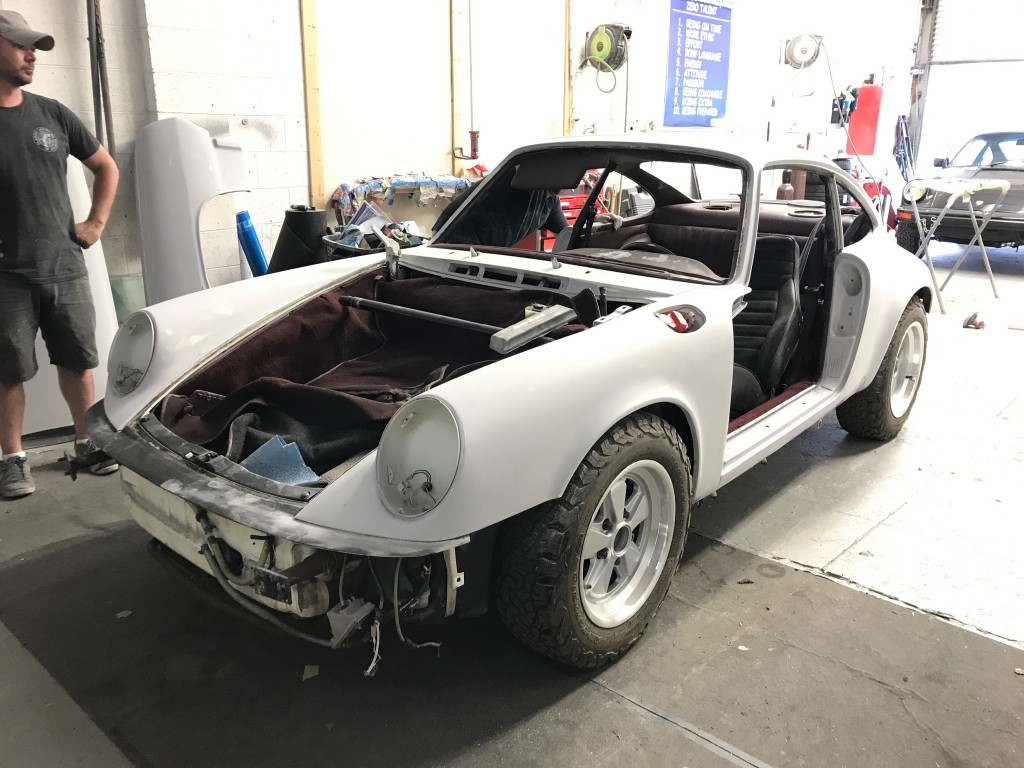 Q: Who does the work? Do you do it all or does it get farmed out?

A: All of the work is subbed out to four major outfits that I directly manage. I’m also directly connected with parts suppliers. I take the car where it needs to go to get the work done, manage the process with the cars throughout the build, and I go through it step by step with both the builders and customers. 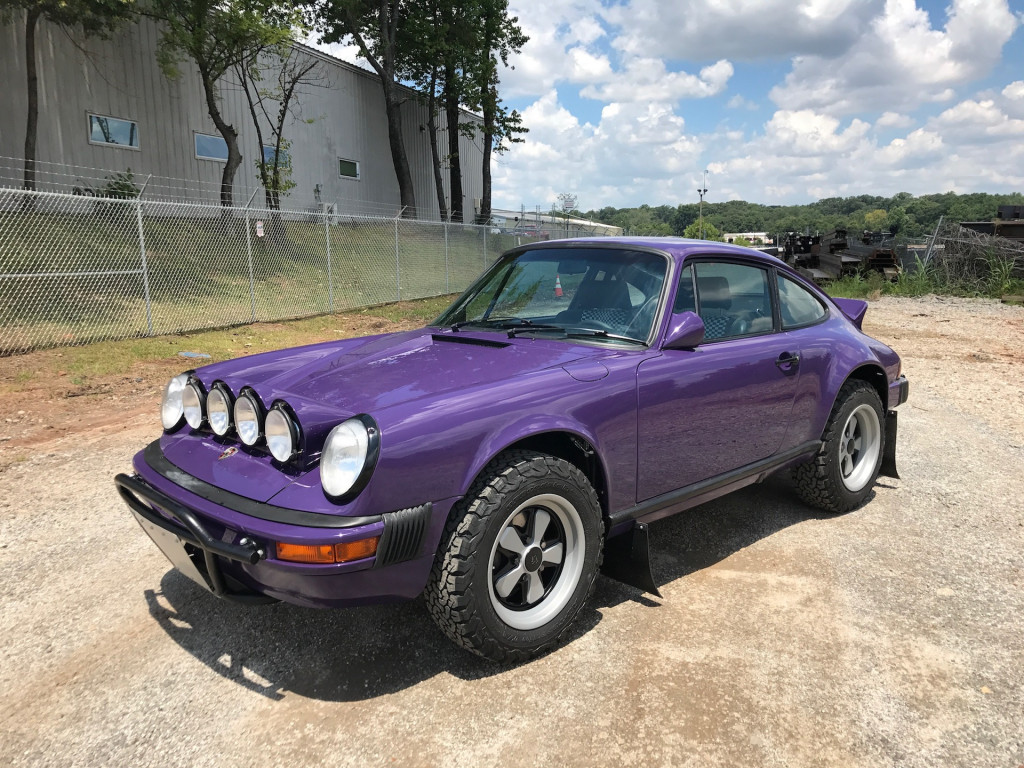 Q: Let’s walk through the parts list and what work gets done, system by system (engine, body, interior, suspension, etc).

A: All the cars get the same treatment, both for performance and cosmetics. I’ll only do the car if it’s a full build.

The general run down: Each gets the the front light pod which has two wide-beam lights and two pencil driving lights, bumper bars, shaved mirrors, and mud flaps. The rear decklids and roof racks are left up to personal preference of the customer. 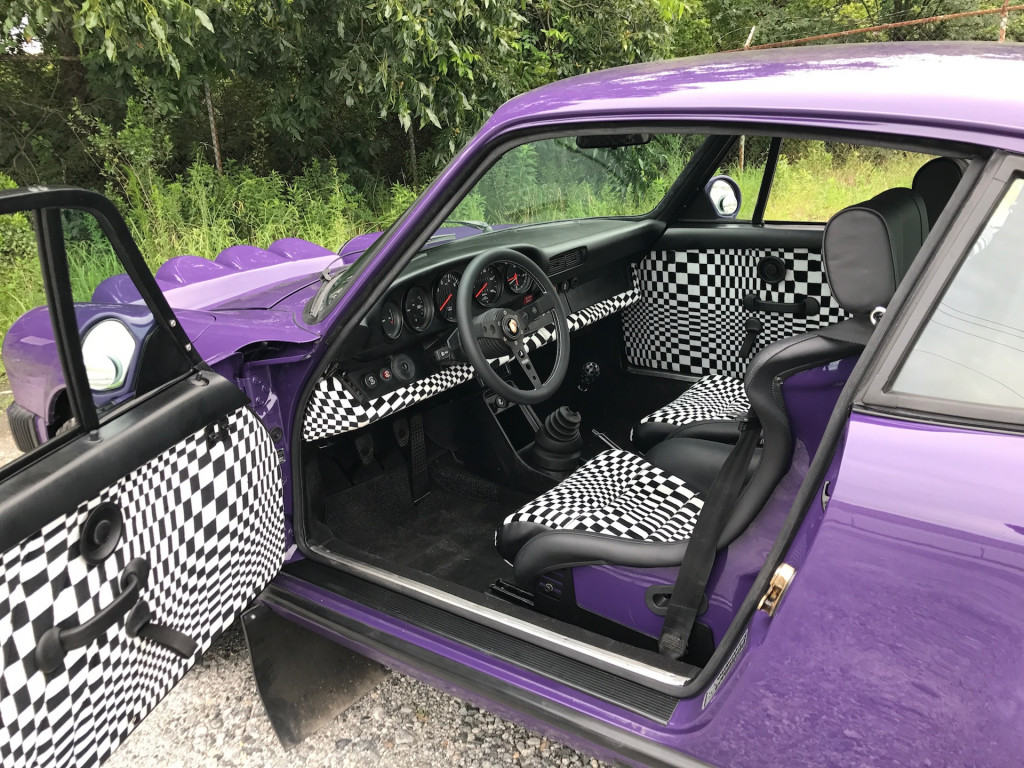 All cars also get an interior redo using some sort of really cool-looking or vintage material to go with the exterior of the car. I source materials from Europe, and some of them are original factory Porsche stuff from the ‘70s. The lower dash panel, seats, door panels, tool kit, sometime the rear seats all get done in the wild retro fabric chosen. Customers can either do race buckets with a roll bar or a family setup with rear seats and streetable front seats with no roll bar.

The wiffle ball shift knob and Momo Prototipo steering wheel finish off the interior for a classic look.

A lot of the suspension gets replaced. New, longer travel shocks, upgraded torsion bars, rear hybrid torsion and then coilover setup, all new bushings, (911 Turbo) tie rods, racing camber plates and racing ball joints make up the suspension modifications. The front upright gets modified for the upgraded ride height, which is a 4-inch—from European ride height—lift courtesy of the torsion bar setup.

The early ‘80s cars had terrible air conditioning, so we do an entire new system so it’s liveable in traffic or the highway should a customer want it.

Q: How many have you built to date? How many on order? 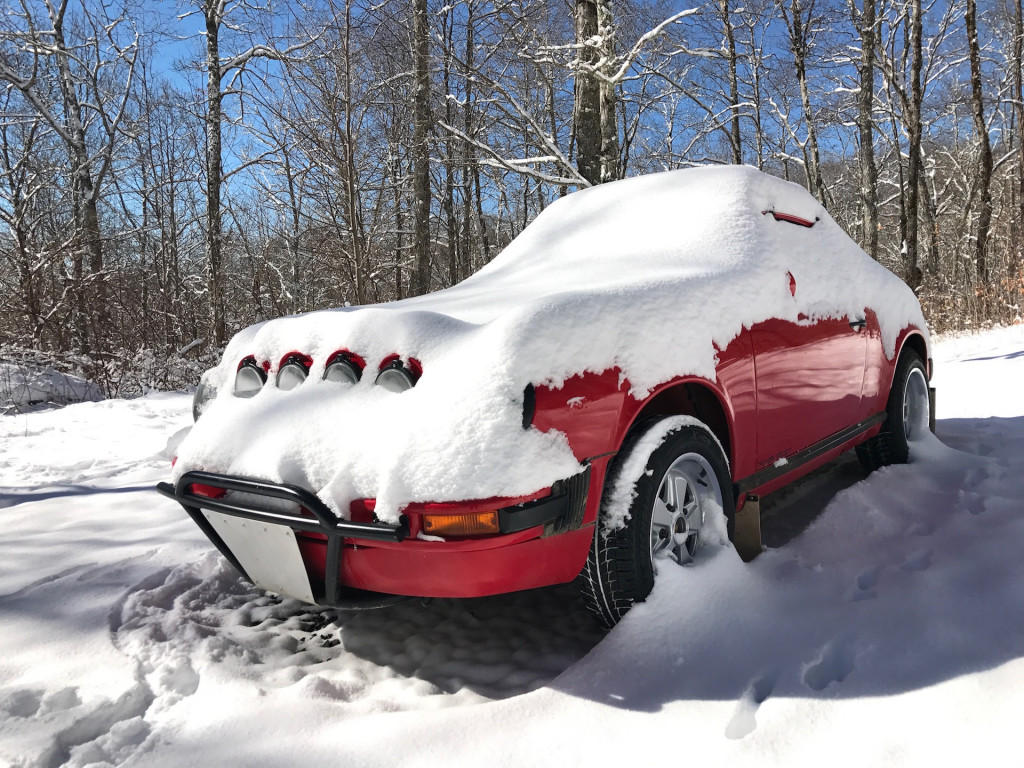 Q: Is this your full-time job?

A: I still do a bit of driving, racing that’s fun, nothing serious, some stunt driving, commercials, etc., but The Keen Project is quickly turning into a full-time job.

With four cars in production simultaneously there’s a lot of time in checking on parts, processes, moving things along. We just did an off-road event with The Keen Project, called the Appalachian Adventure, and that’ll be yearly thing. I’m hoping to build eight cars in 2018. 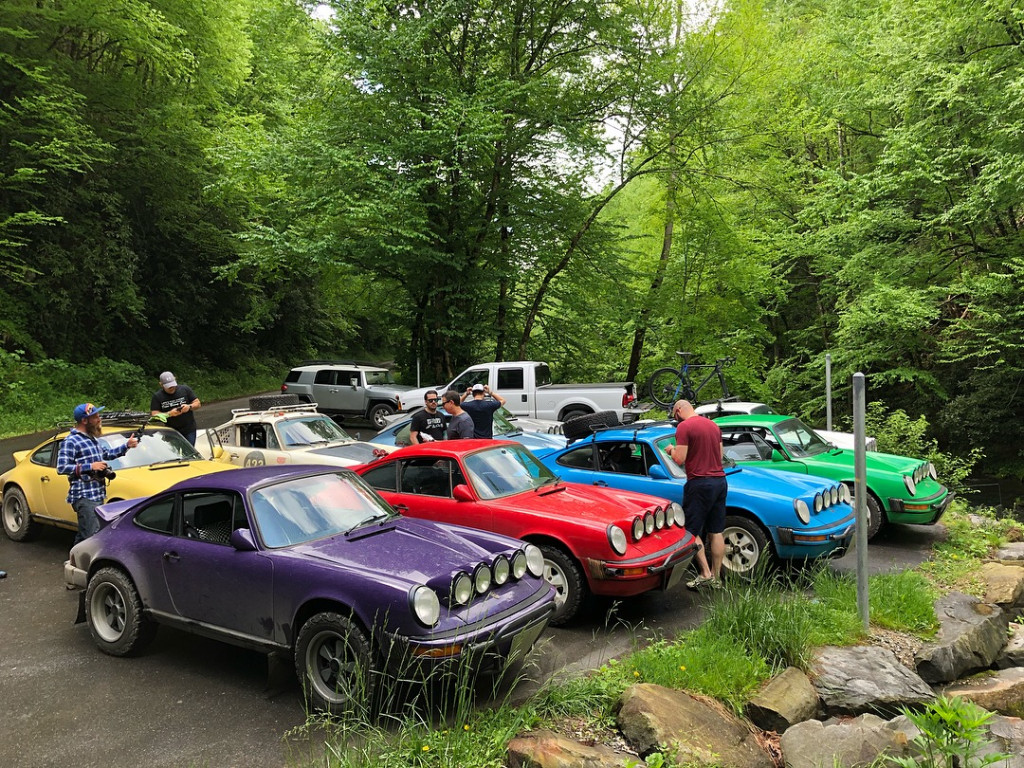 Q: What’s this going to turn into?

A: This is just something that happened. I’m having a lot of fun right now. It’s just one car after another, and that’s really amazing to me.

Where it goes? I want it to continue. I’m really into design for 911, and have ideas I’d love to implement in the future.

At the moment I have so many Safaris to do I’m focused on that. Once we are rolling and we are building them fast enough I’ll start building another design in some way, that’s what The Keen Project is. 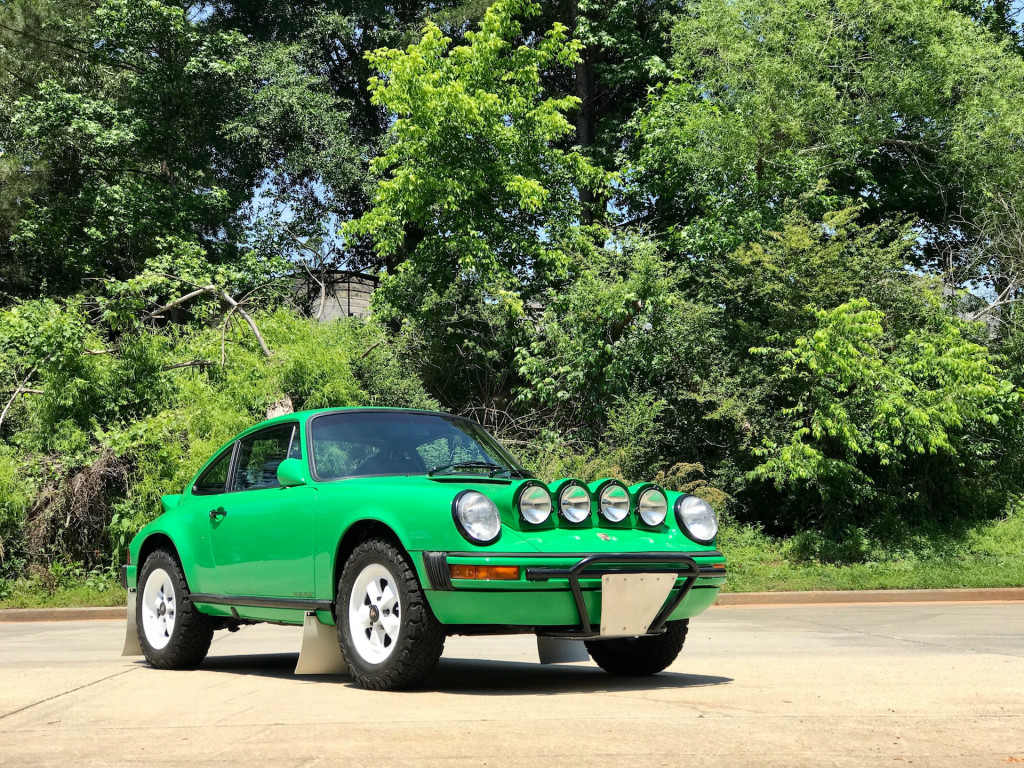 Q: What does this all cost?

A: It starts with me talking with the customer, feeling them out to figure out who they are, what they want to do with it, and how they'll use it. Usually the guys that want to take a 911 through mud are pretty laid back.

It’s a lot of money, but in the Porsche world for a full build, it’s not a lot of money. You can do a lot with that car. A lot of that goes to stuff that has nothing to do with the Safari portion of the build, like new cams, air conditioning, etc., just to make the car right. So it’s good and runs well when it’s done.

Q: What do you daily drive?

A: *chuckles* A Subaru Crosstrek. It’s just great for every day. I constantly drive around Atlanta, and move parts around for the cars being built. It’s a great car for just getting around in.