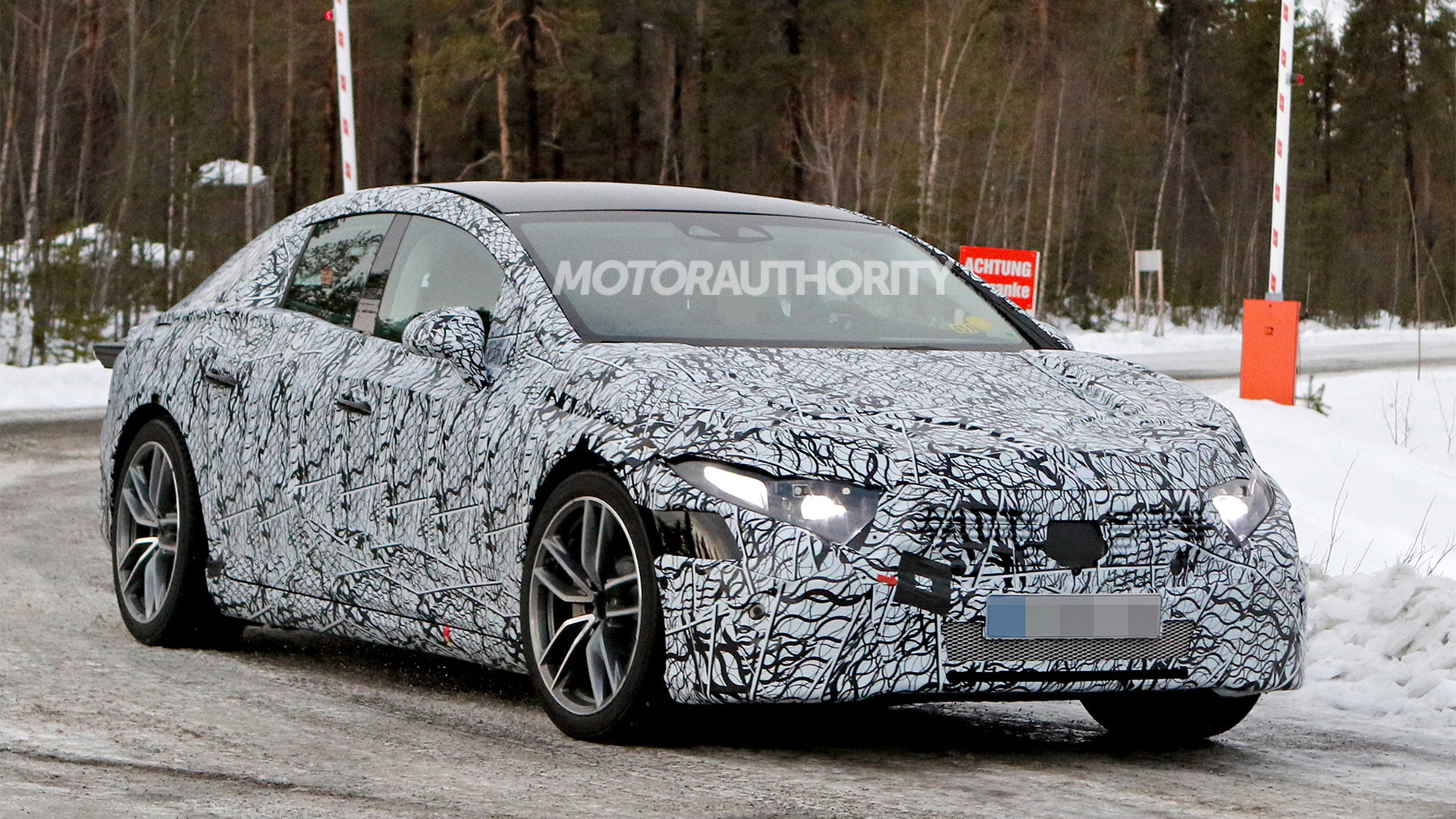 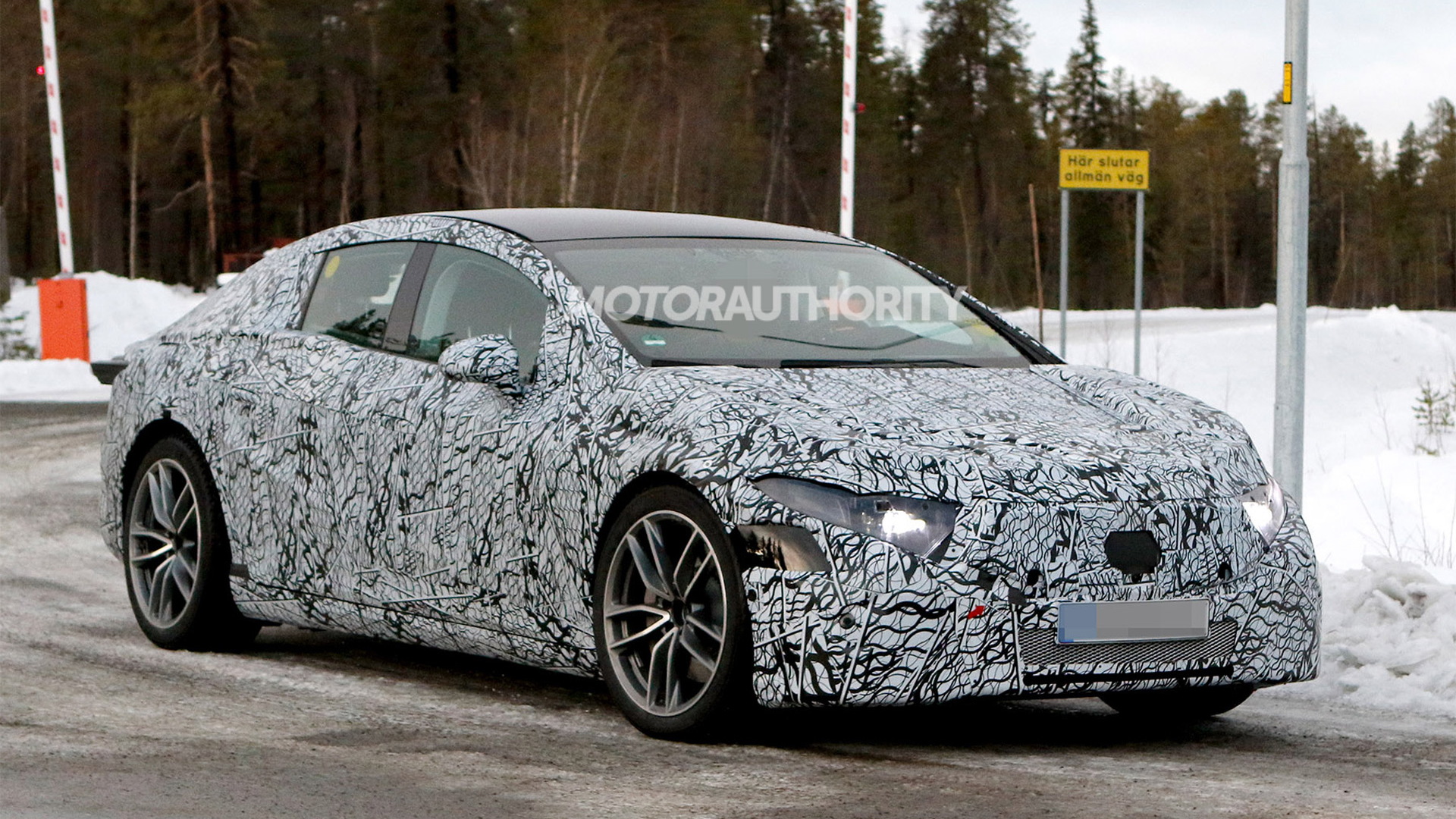 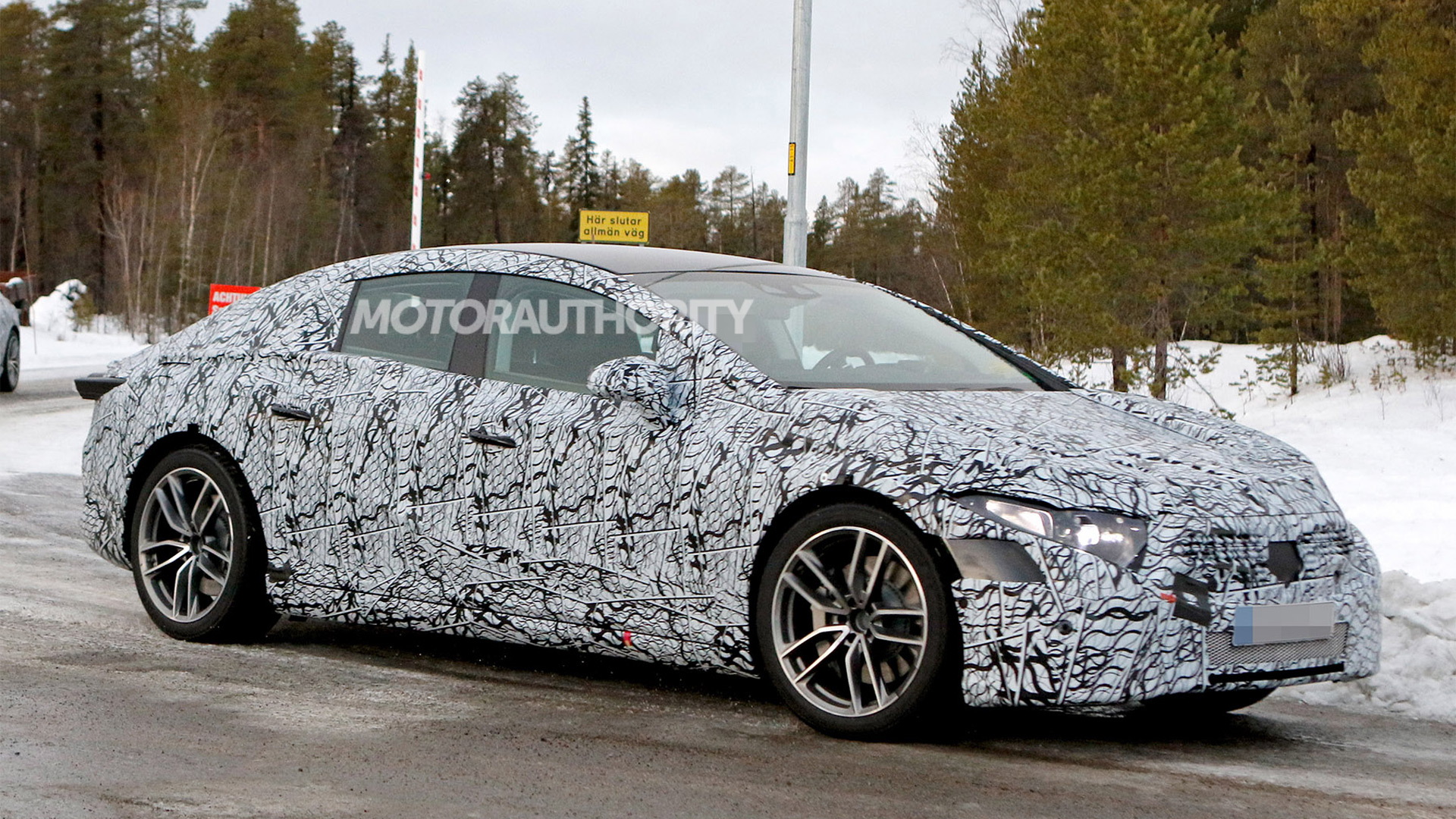 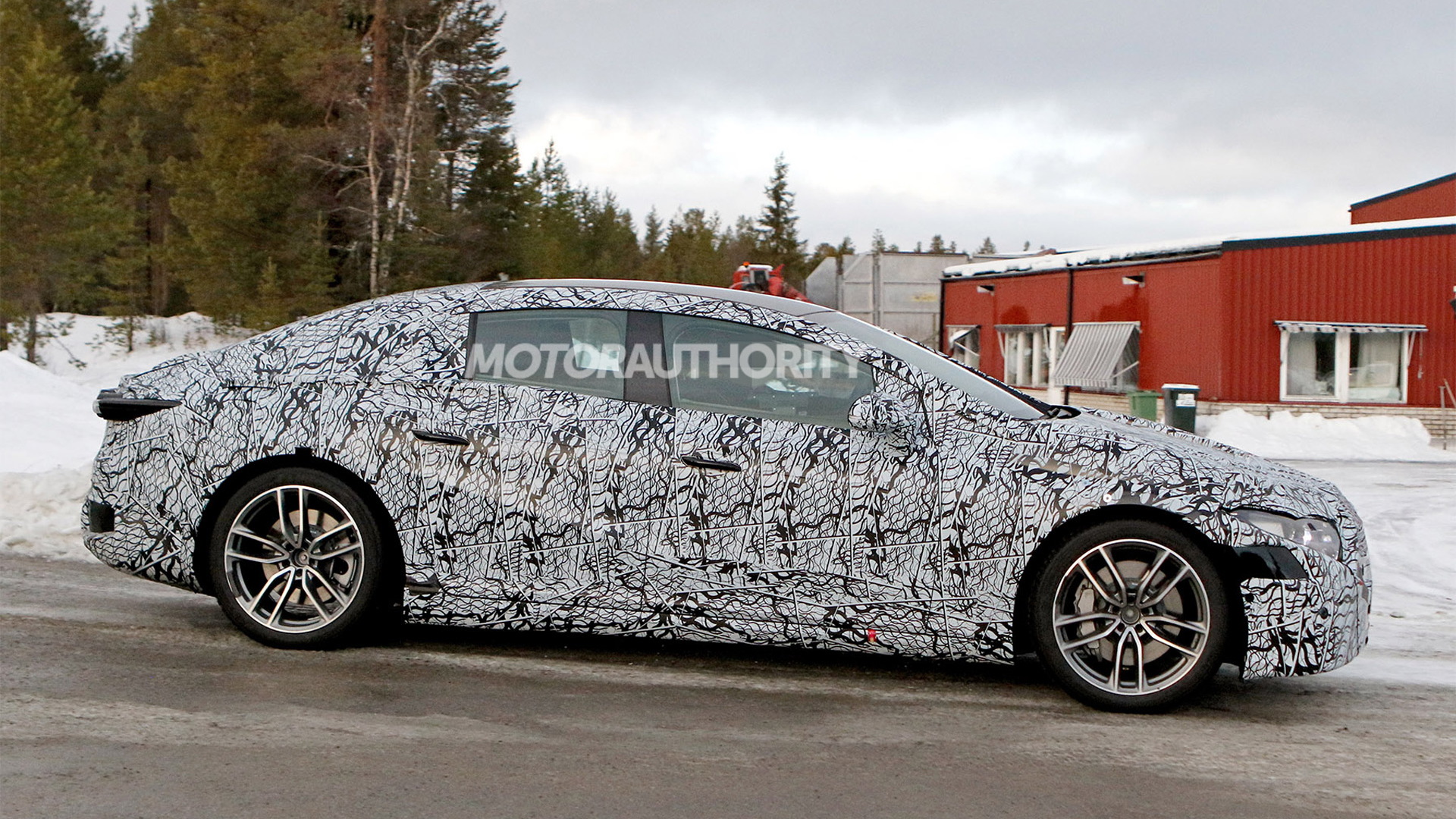 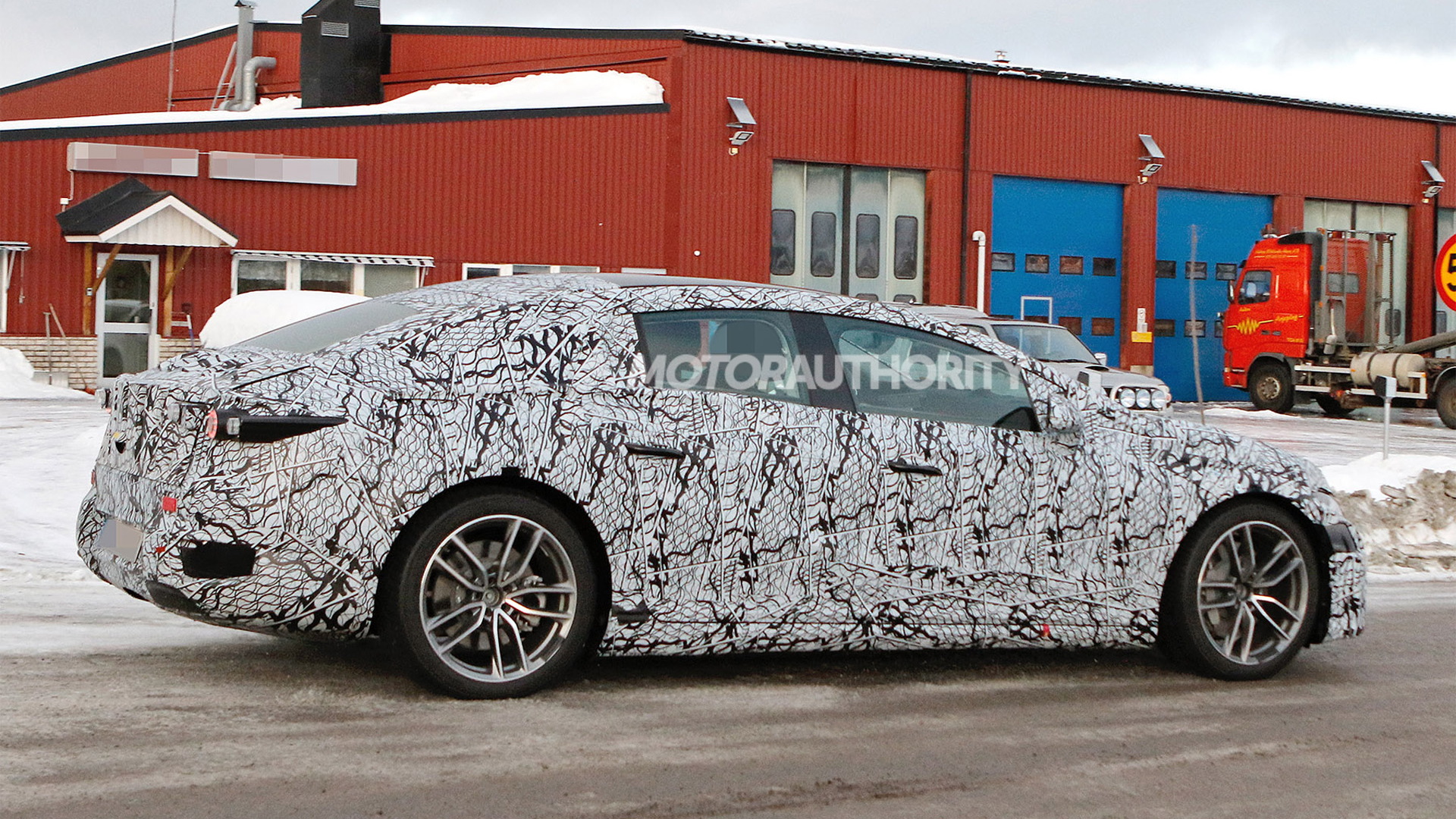 Mercedes-Benz is committed to launching at least 10 electric cars by 2022.

The first has been revealed as the 2020 EQC, and others we know of include the upcoming EQA and EQB compacts and electric commercials like the eVito and eSprinter vans.

We now have fresh spy shots of an EQS, a large electric sedan to sit alongside the S-Class. Mercedes execs have previously hinted at the car starting production in 2020, which means we'll likely see it arrive in showrooms as a 2021 model.

The latest prototypes have lost a lot of the camouflage gear of earlier testers, revealing that the EQS is a liftback sedan akin to the Tesla Model S, high-end versions of which will be its main target. Other targets will include an electric Jaguar XJ due around the same time, and to a lesser extent the Porsche Taycan and related Audi E-Tron GT.

Even though Mercedes is also working on a redesigned S-Class, which is also due around 2020, the EQS will be completely distinct, including in regards to its platform. The platform will be a dedicated battery-electric design known as the MEA2 (Mercedes Electric Architecture), and the EQS will be the first application. MEA1 is found in the EQC and based on a modified version of Mercedes' MHA platform for SUVs with internal-combustion engines.

We can see that the car is a lot lower and sleeker than your typical Mercedes, including the CLS and AMG GT 4-Door Coupe. We can also see in some of the shots that the doors will be frameless and feature extendable handles. Mercedes previewed the design with the Vision EQS concept unveiled during September's Frankfurt International Motor Show.

The MEA2 platform has enabled the designers to add a long wheelbase and short overhangs front and rear, and although the EQS looks to be similar in size to the mid-size CLS, the interior space should be on par or better than a full-size S-Class.

Given the rapid advancement in battery technology, Mercedes is keeping quiet on specs for its future electric cars. To be competitive, we'd expect the EQS to offer a range between 250 and 300 miles on a single charge. The vehicle will also probably feature an 800-volt electric system enabling it to utilize ultra-fast charging.

Beyond this EQS in Mercedes'new EQ family of EVs, we can also expect a small electric sedan sitting in the same category as the C-Class.