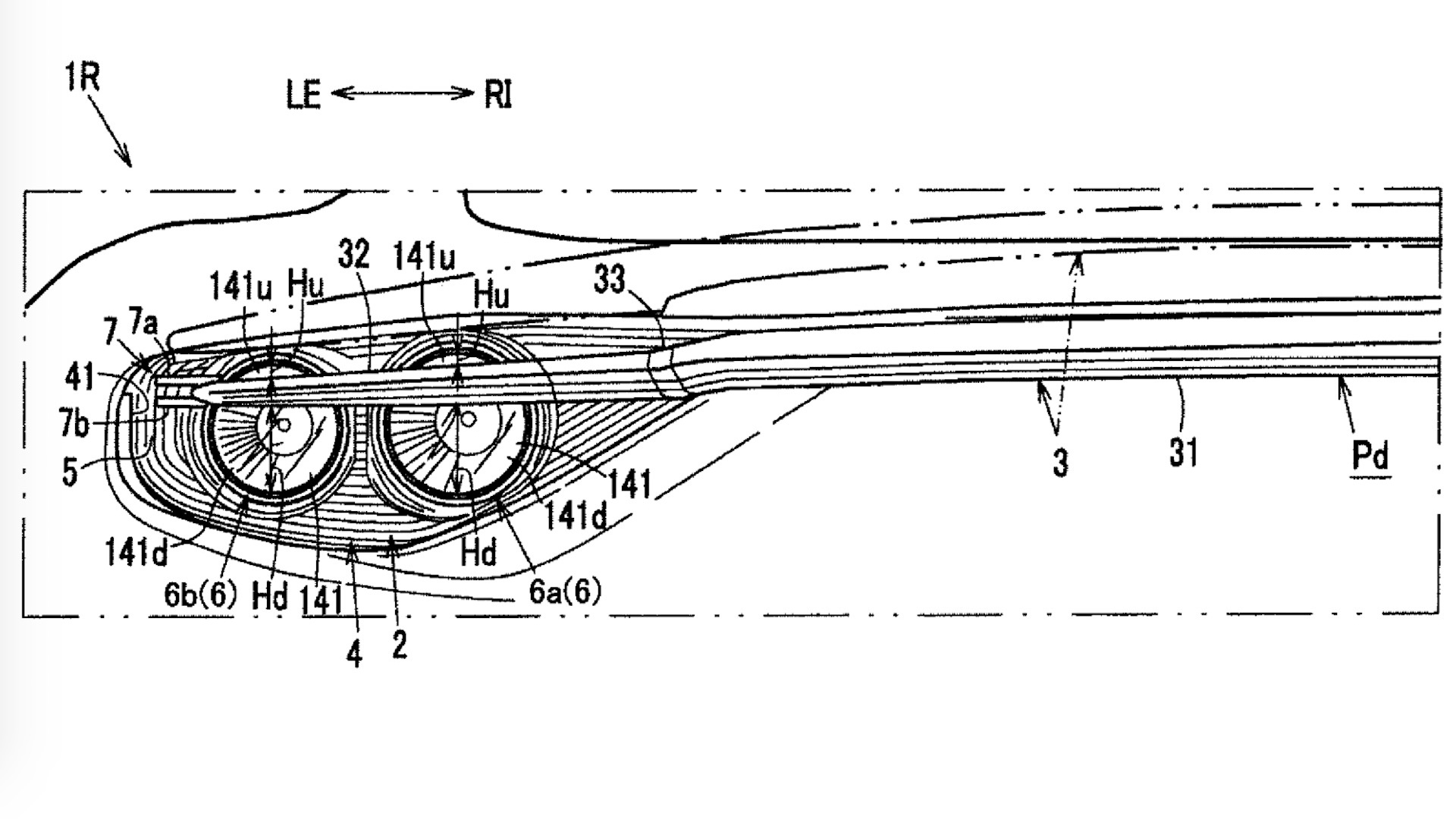 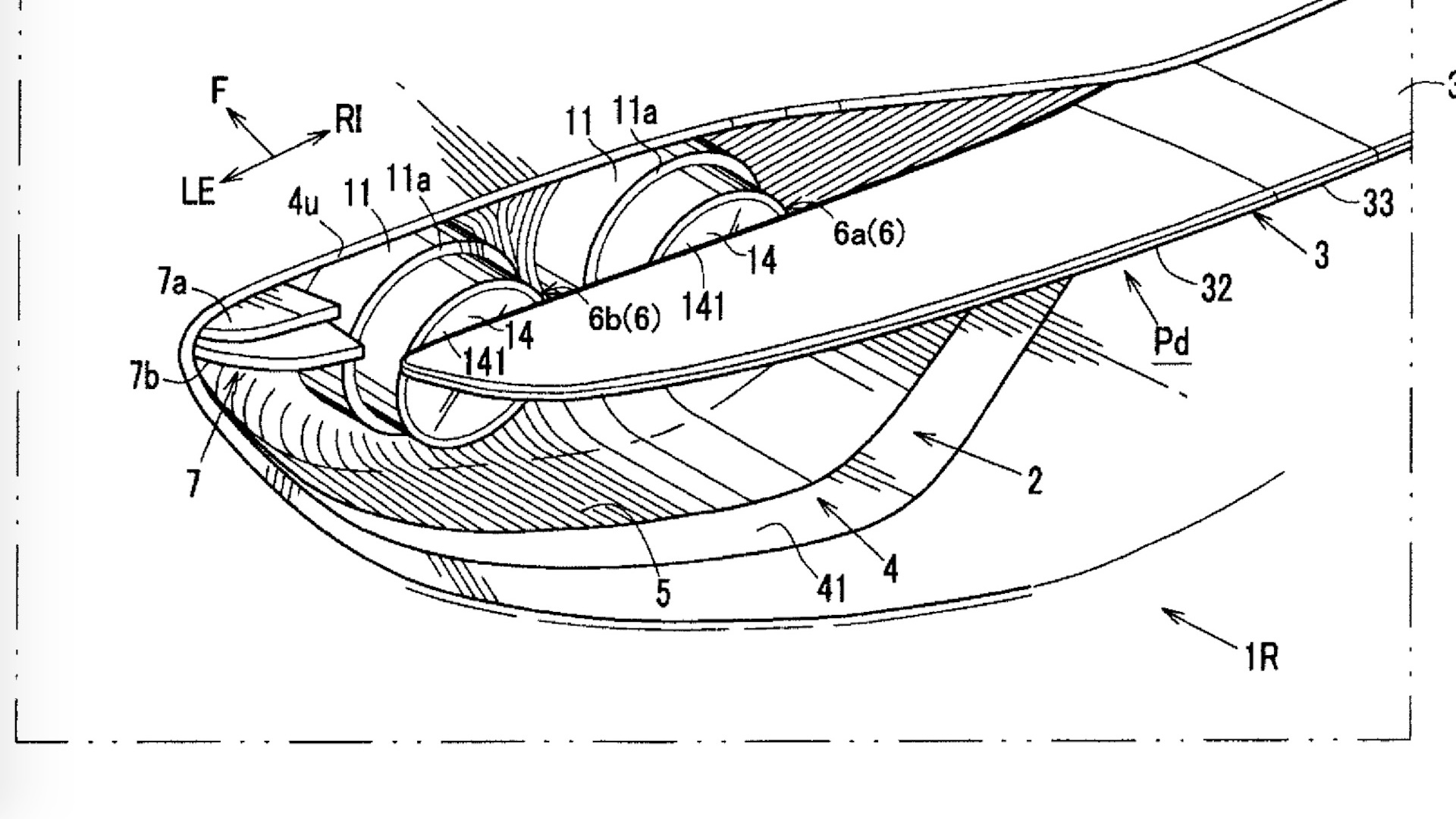 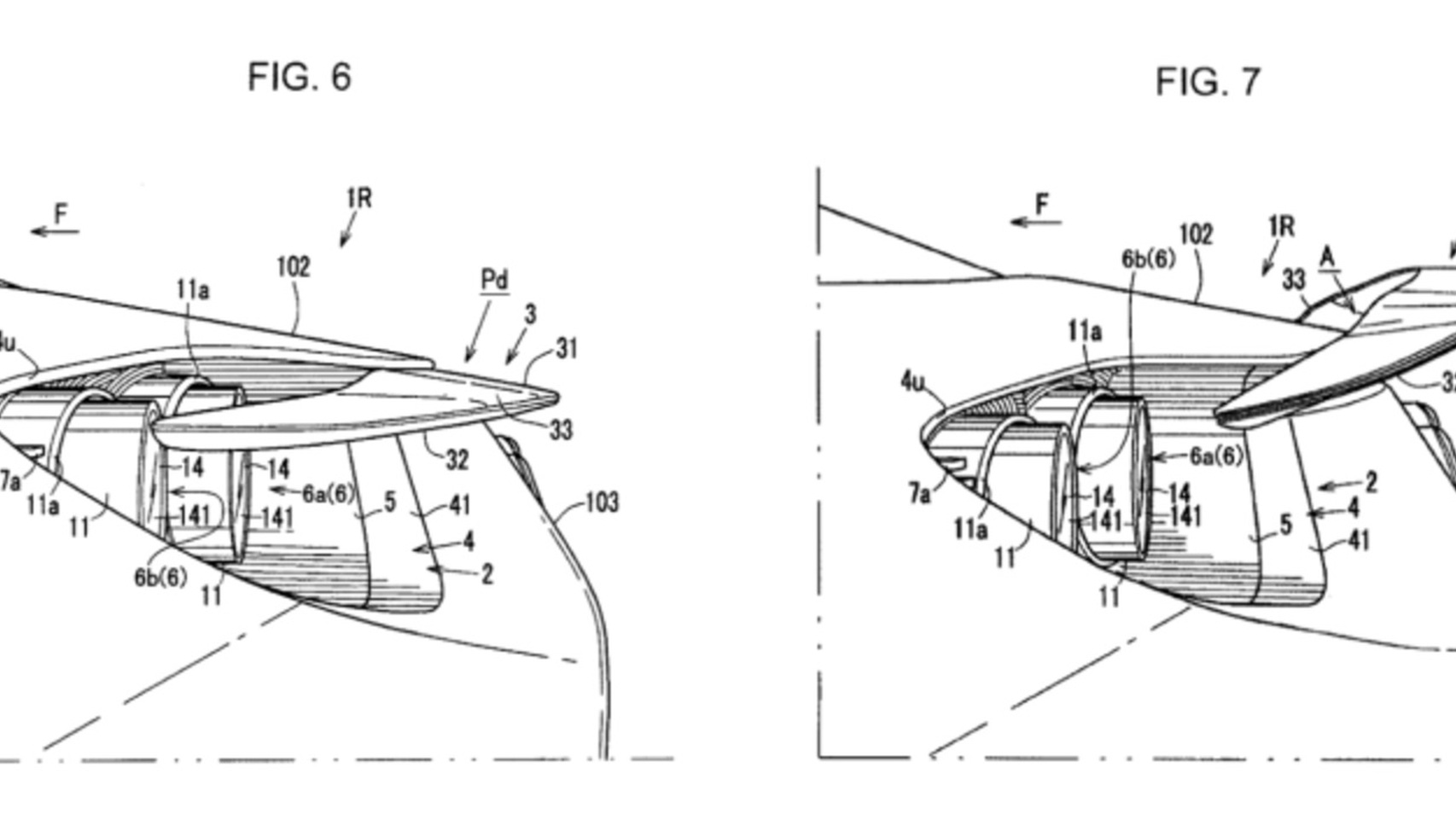 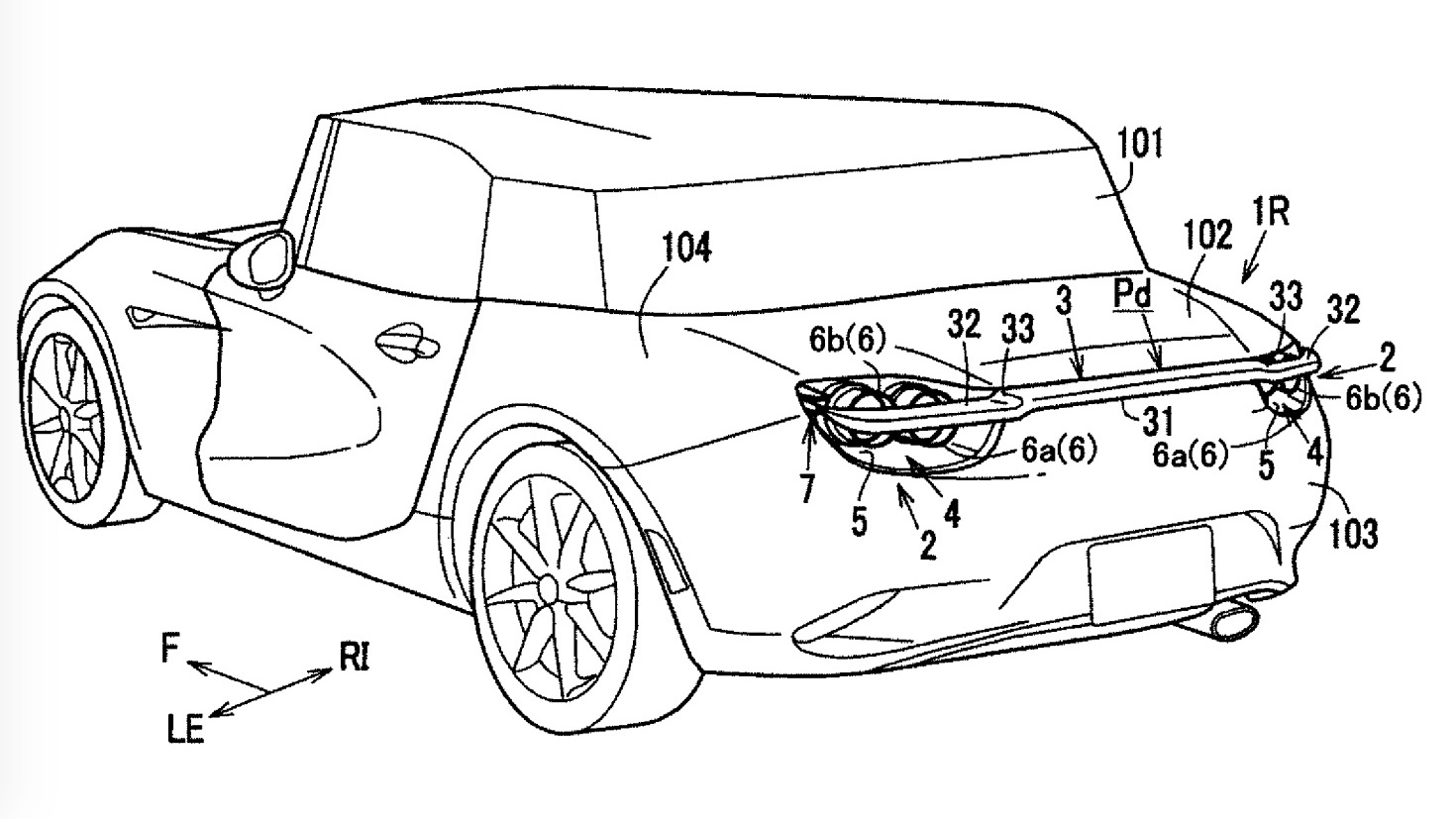 Mazda certainly has been on a patent spree as of late. We've reported on Aston Martin-style doors and even a twin-turbo and electrically supercharged engine. Now, the Japanese automaker has filed to protect an active rear spoiler.

While plenty of active rear spoilers are on the market, Mazda earned the patent because this design intersects the rear taillights. The design looks nearly identical to that of the Mazda RX-Vision's rear spoiler and taillight assembly, per the patent images supplied to the United States Patent and Trademark Office. However, the car in the filing clearly isn't the RX-Vision. It's a tall-roofed sedan with a rather strange look.

Dissecting the patent language, Mazda's design would keep the spoiler in its place at low speeds, covering the taillights, but the spoiler would move rearward and upward to optimize a car's aerodynamics at higher speeds. Form and function at its best.

Mazda is working hard to protect sports car design elements for a reason, but thus far we don't have any official information to suggest a new rotary-powered sports car is on the horizon. However, Mazda promised it will debut a follow-up to the RX-Vision concept at the 2017 Tokyo motor show. It also happens to be the 50th anniversary of Mazda's first rotary-powered car, the Cosmo 110S, this year. Mazda previously stated the new concept will be an evolution of the RX-Vision, but it didn't confirm the car previews a new RX-branded production car.

It's possible we'll see the active spoiler in action with Mazda's upcoming concept vehicle, but we won't know until later this month when the 2017 Tokyo motor show opens on October 25.