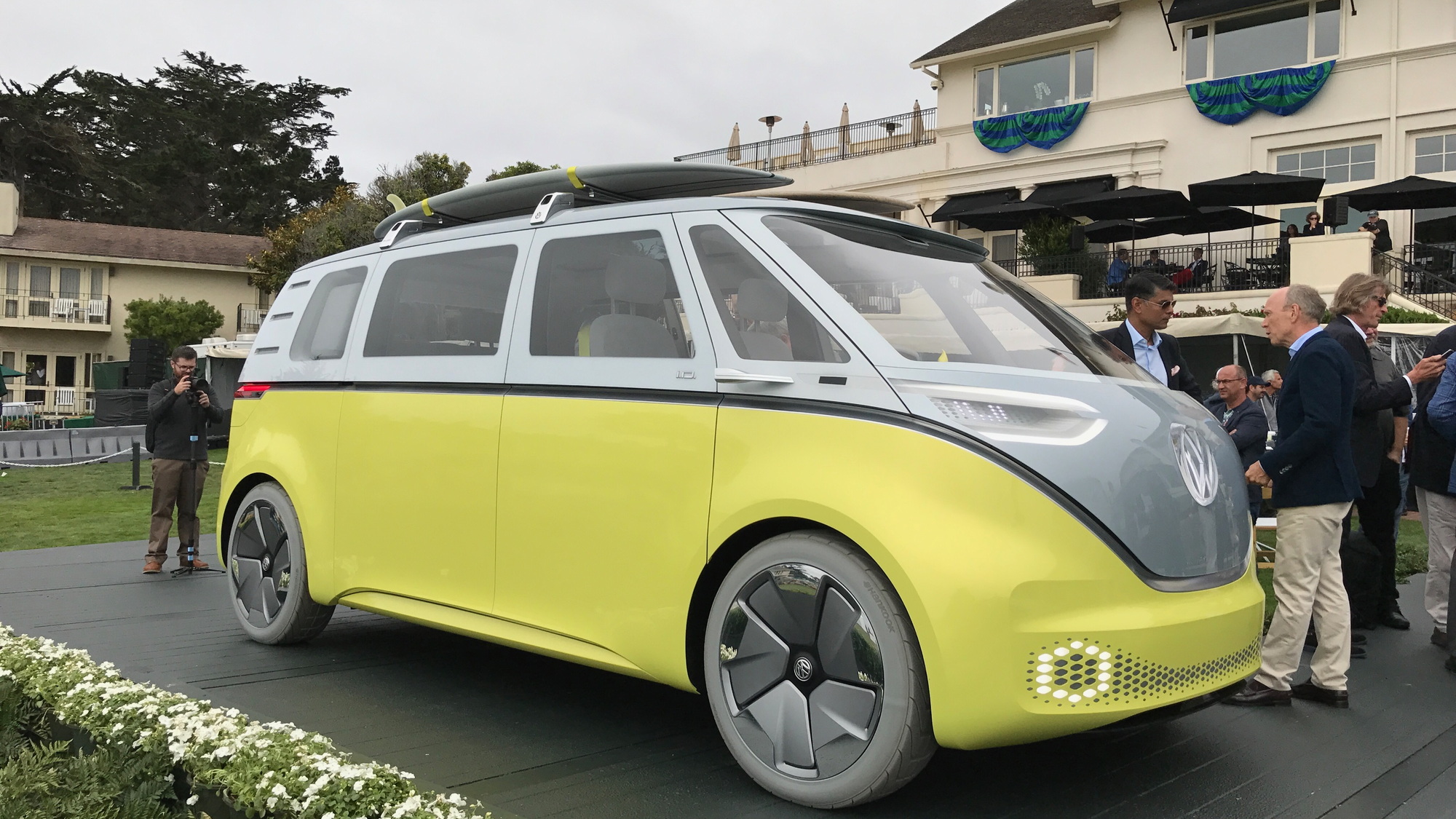 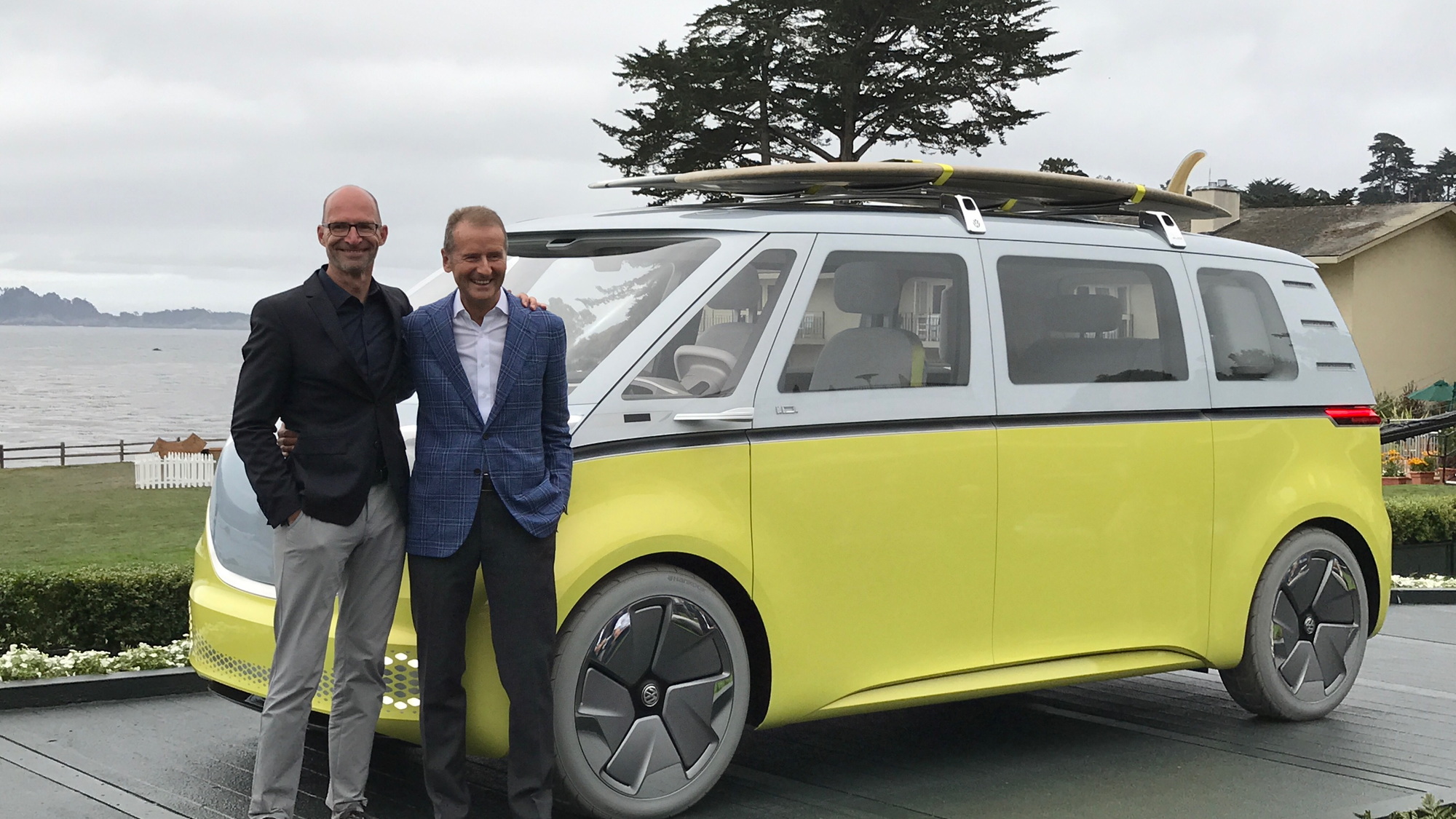 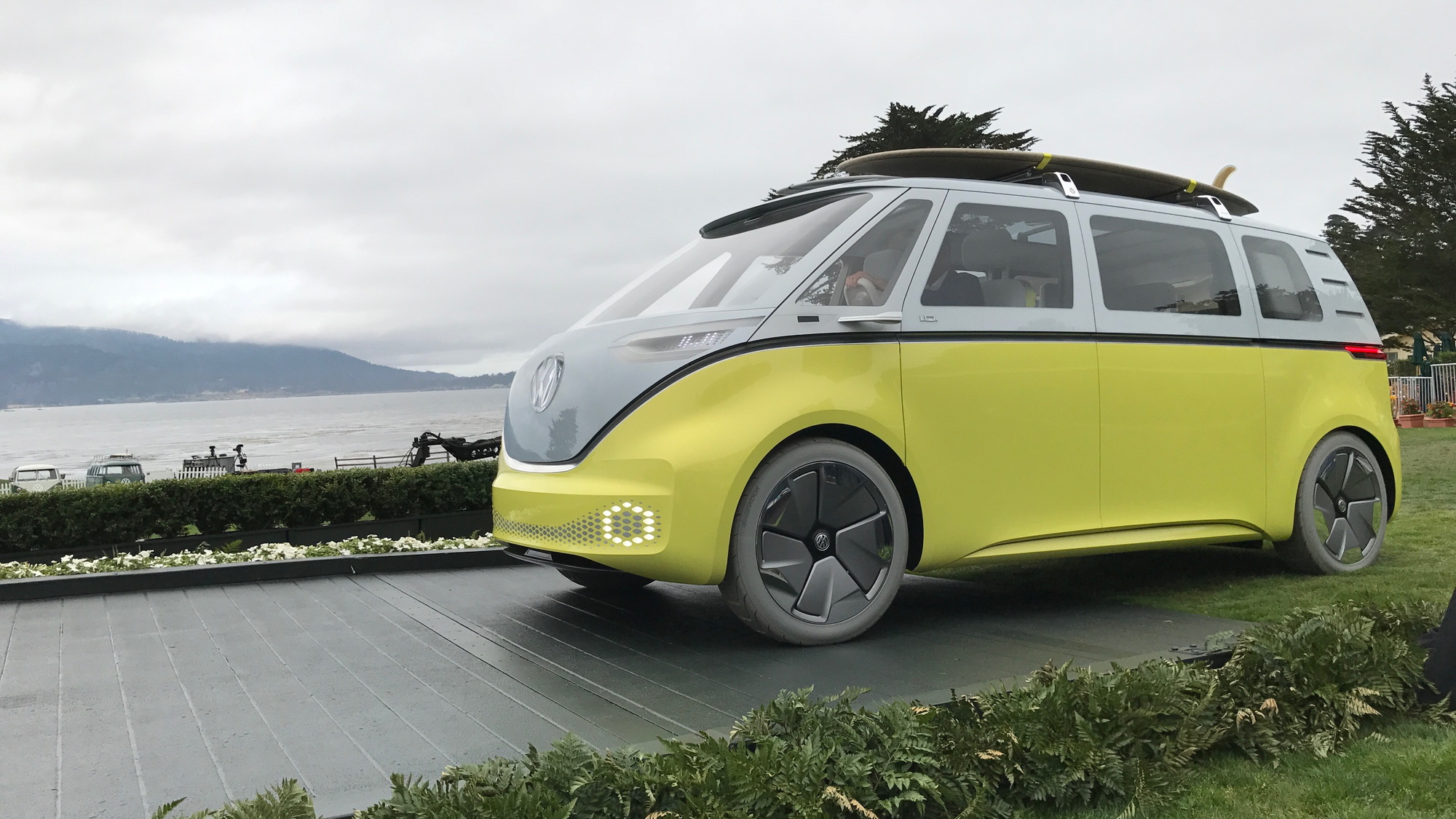 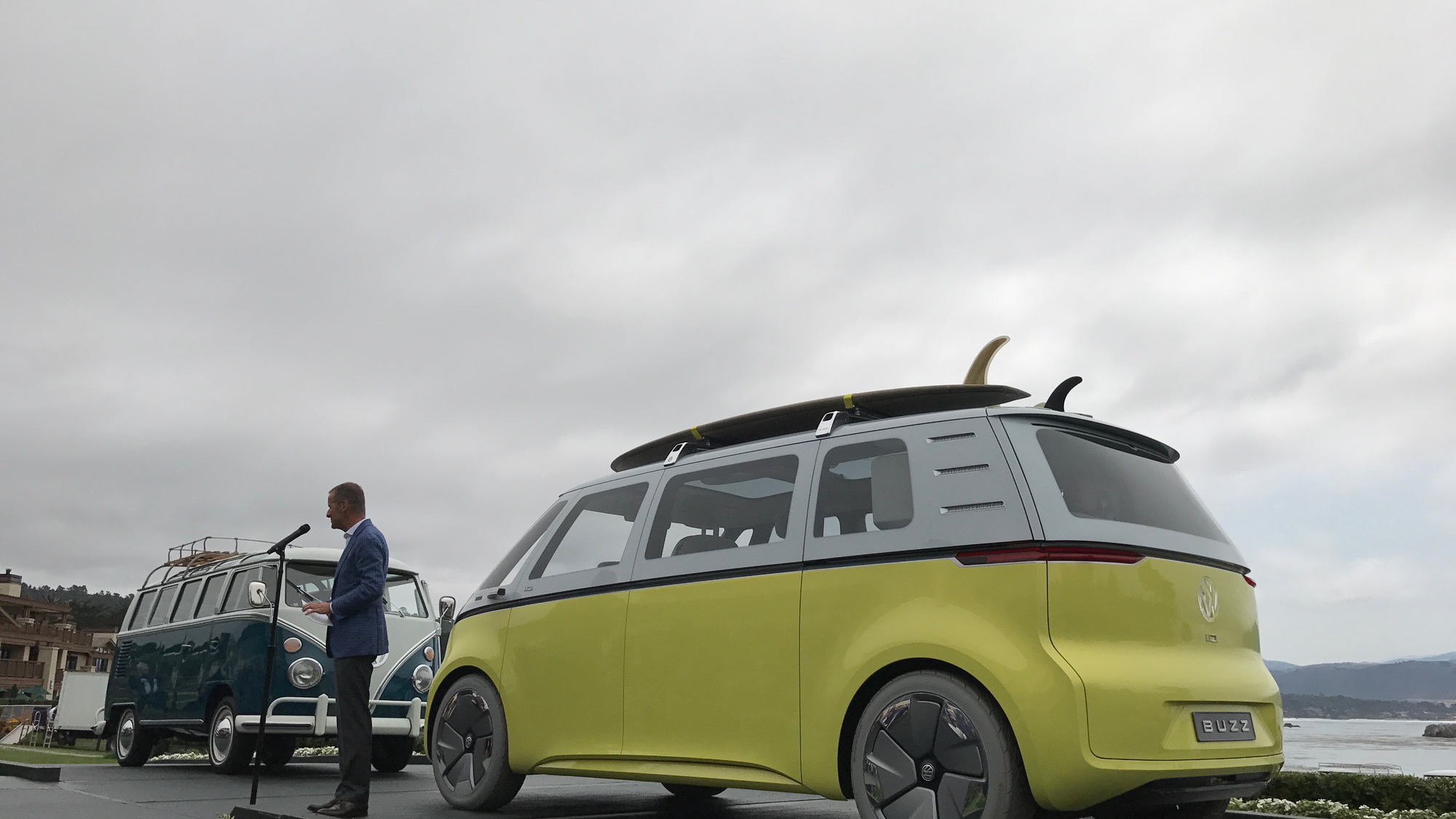 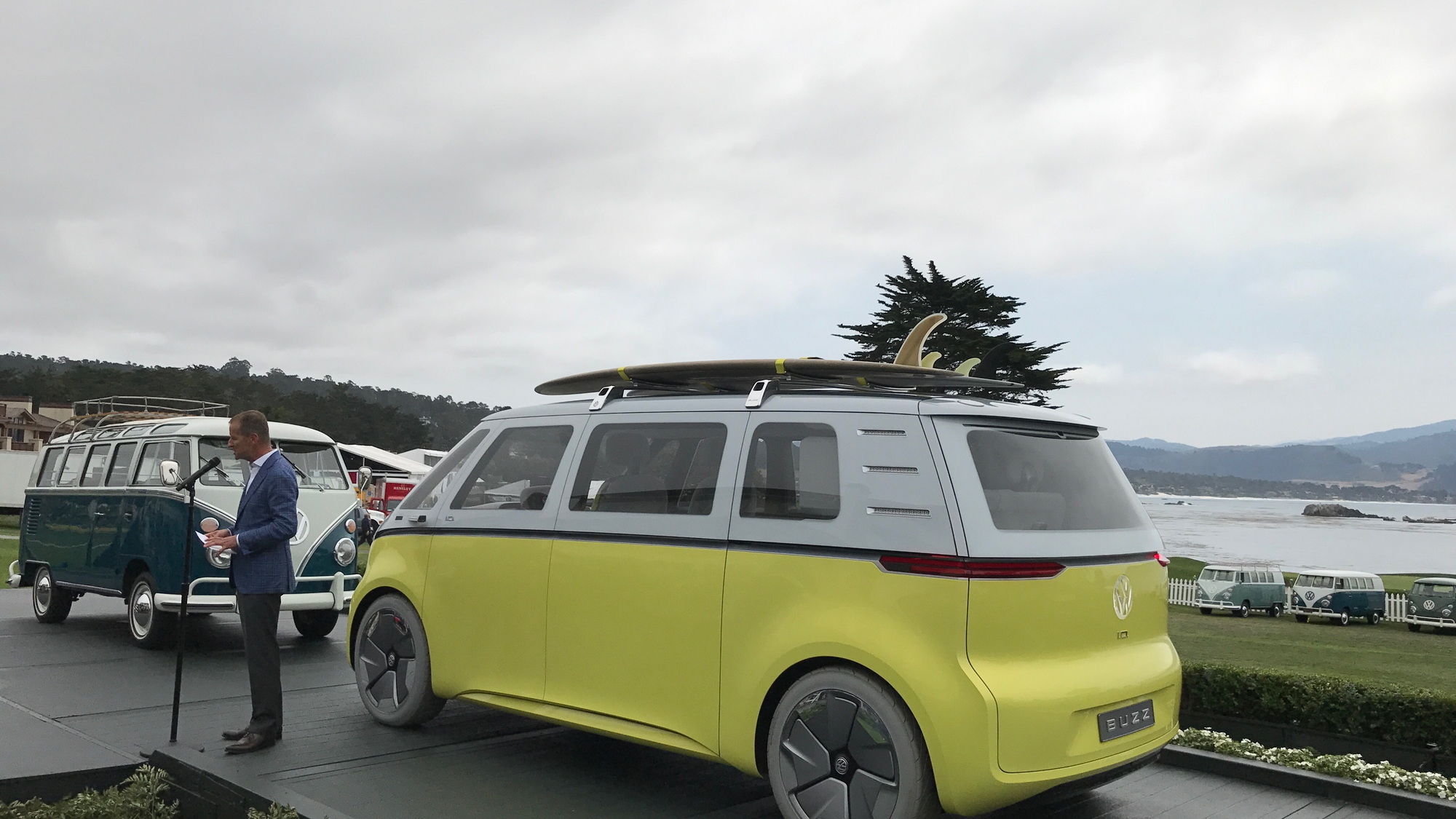 Volkswagen has been hinting at a return of its Microbus for years. VW first teased it in 2001. It then appeared as a concept car called the Bulli at the 2011 Geneva motor show, again as the electric Budd-E Concept at the Consumer Electronics Show in 2016, and finally as the I.D. Buzz Concept at the 2017 Detroit auto show. Now, VW announced Saturday at the Pebble Beach Concours d'Elegance that they would put the I.D. Buzz into production, and it will hit dealers some time in 2022.

The I.D. Buzz will be the second shot in a new electric vehicle offensive from VW. The first will be a compact four-door hatchback called simply the I.D.

Like the concept vehicle, the I.D. Buzz will have its batteries in the floor, allowing short overhangs front and rear, and a compact van footprint. VW says it will be able to carry not just people but also cargo, and that means a second variant called the I.D. Buzz Cargo will be offered.

Additionally, the passenger version will offer configurable seating and interactive connectivity. Connectivity features of the concept include a user I.D that saves a profile to the cloud. It saves settings such as seat position, music preferences, destinations, colors of the displays, and more.

Specs haven't been provided, but the concept vehicle has two motors, one on each axle, creating a total output of 369 horsepower. VW hasn't shared the battery size, but has said the I.D. Buzz concept would be able to drive 270 miles on a charge, though that is likely in the less stringent New European Driving Cycle.

The concept vehicle has a retractable steering wheel for a fully autonomous driving mode, and VW says the production version will offer Level 3 autonomy. A vehicle with Level 3 autonomy can handle all driving duties under certain conditions but a driver must be present to respond to a request by the system to intervene. In the production version, the steering wheel may not retract and the driver's seat may not spin around, but the I.D. Buzz will be able to do all the driving at certain times.

The I.D. Buzz will be offered in the North American, Chinese, and European markets.

For more coverage from Pebble Beach, visit our dedicated hub.