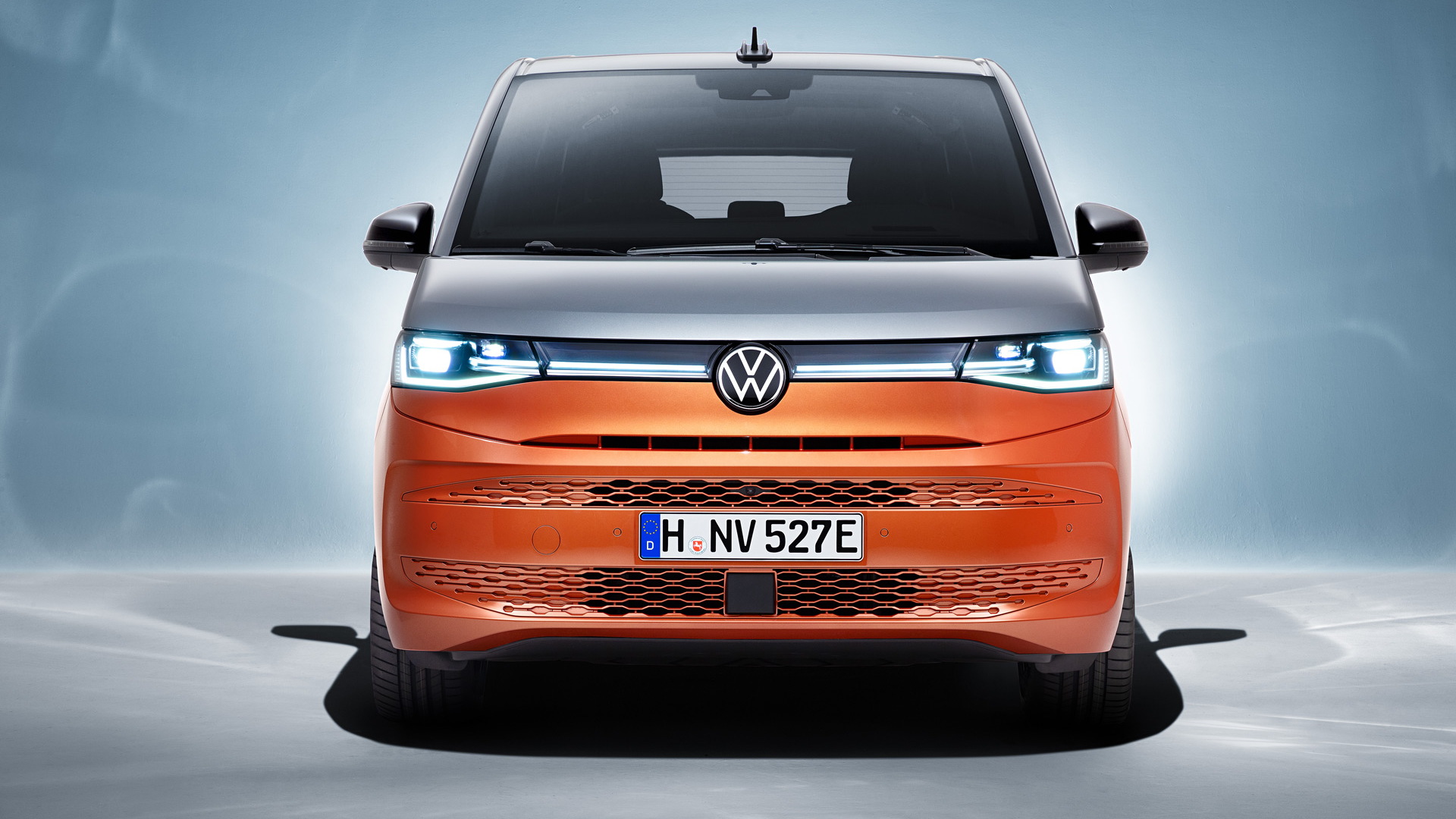 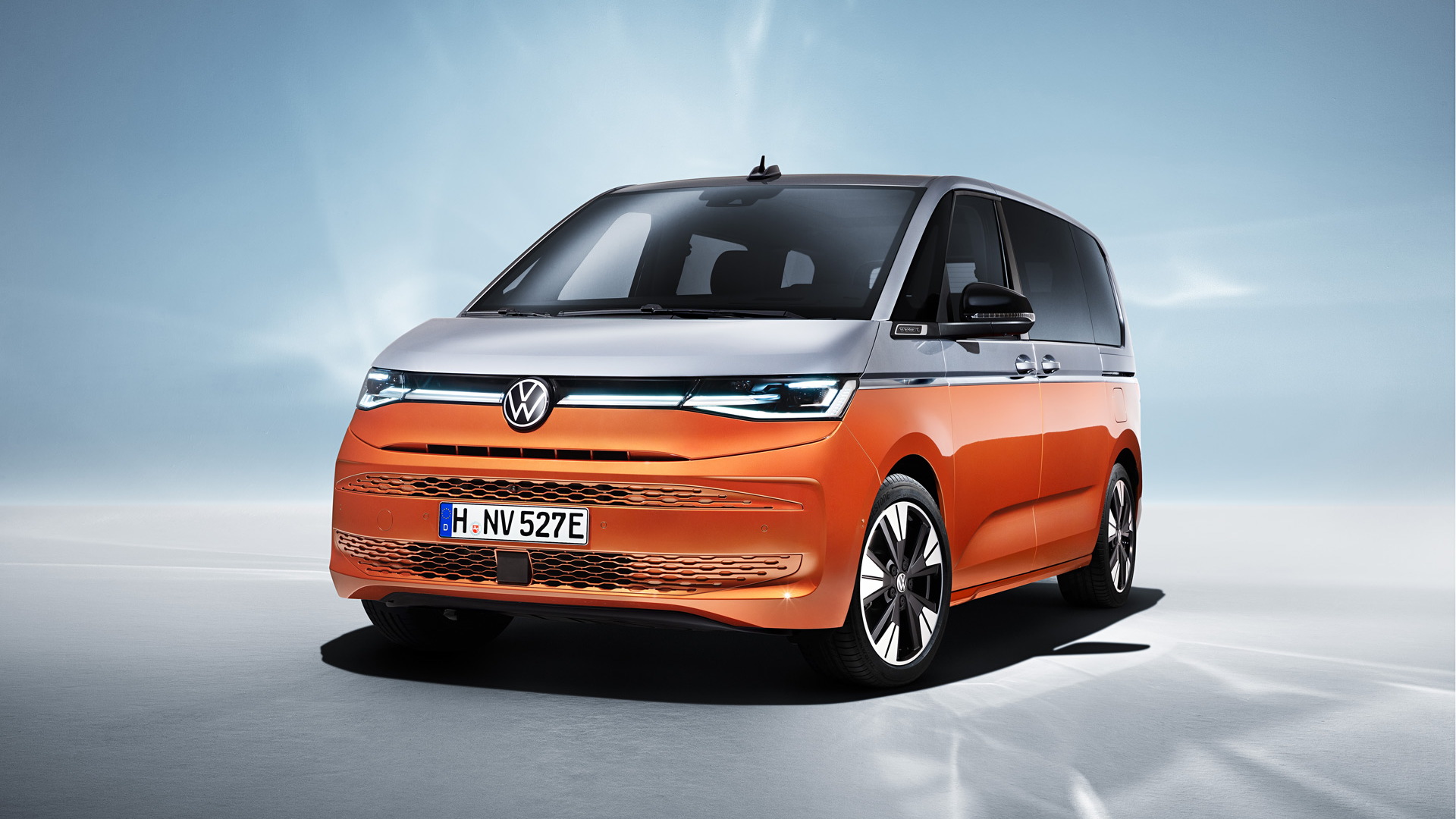 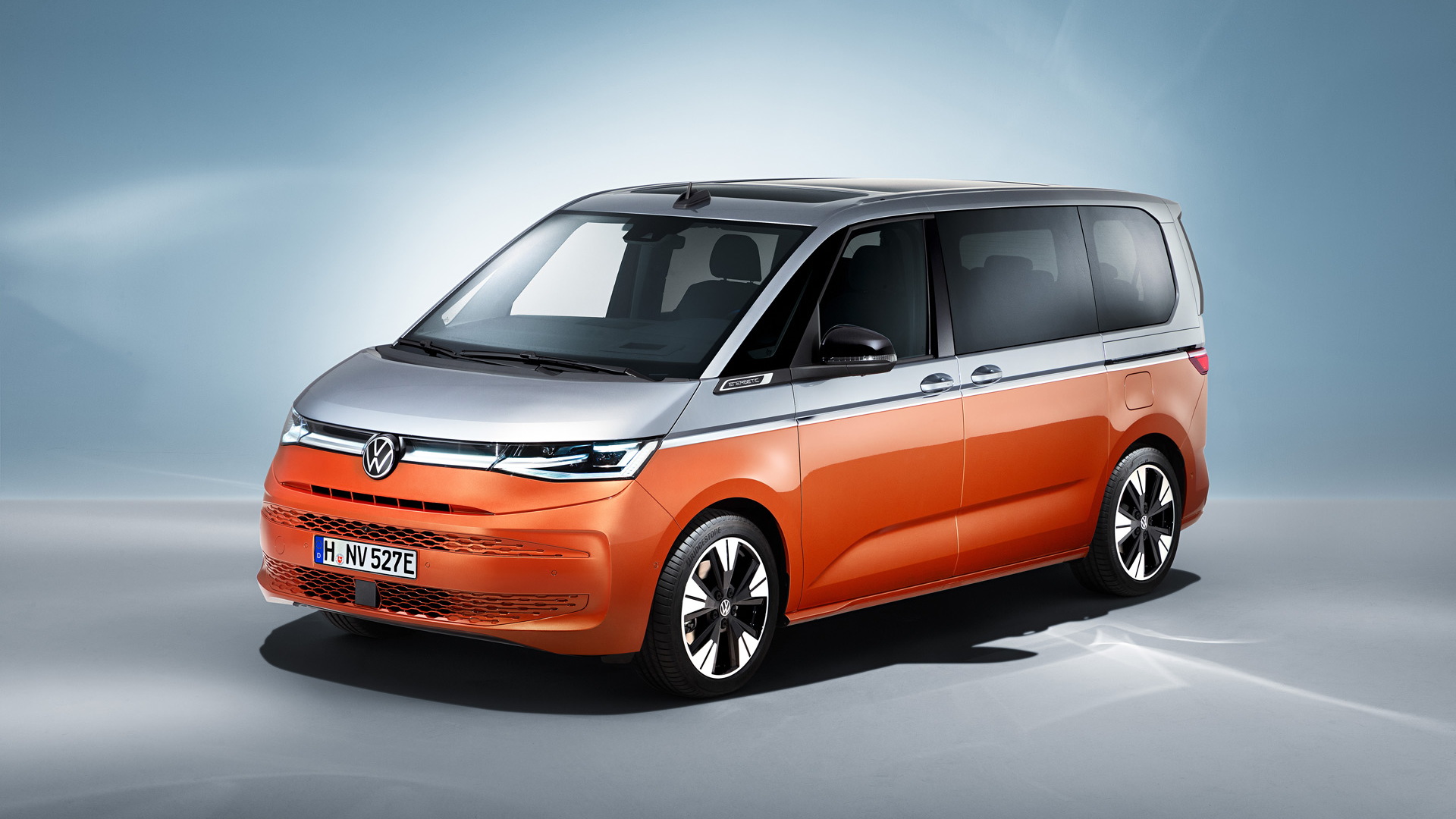 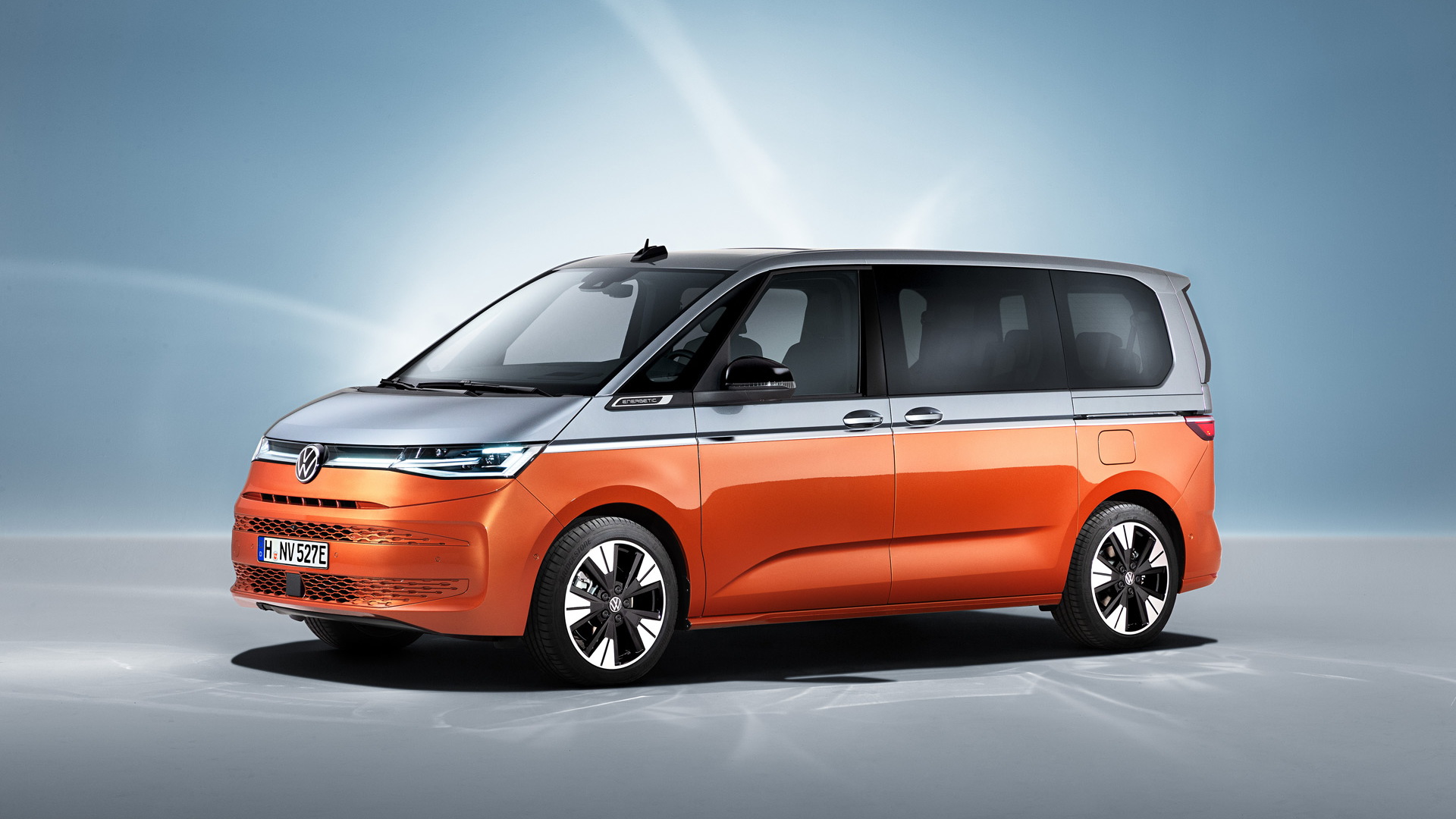 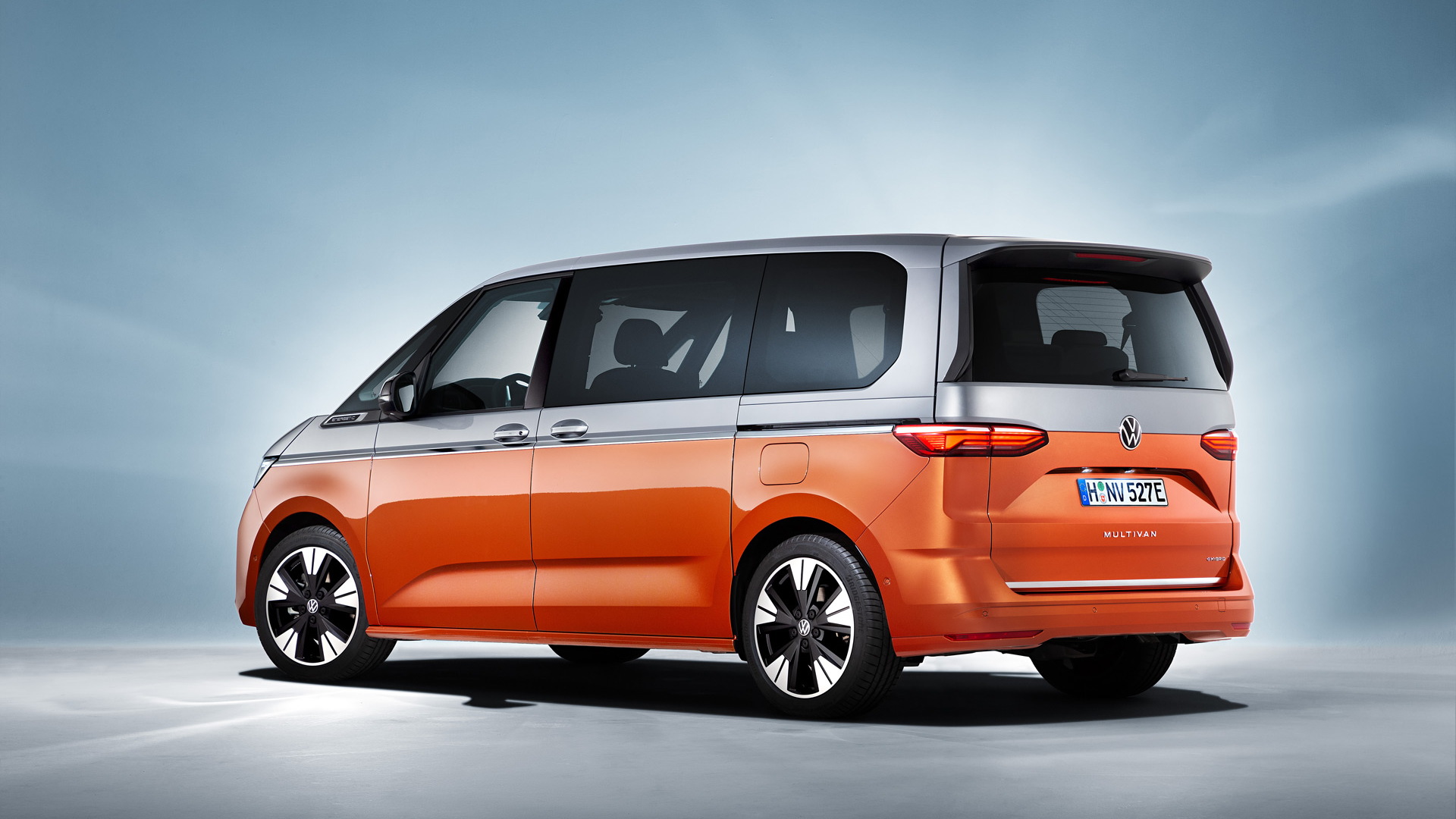 Volkswagen is working on an electric successor to its iconic Microbus based on 2017's ID.Buzz concept car. It starts sales in Europe next year and is confirmed to reach the United States in 2023, meaning we'll likely see it arrive as a 2024 model.

However, concurrent with the development of the new electric van is development of a new generation, number seven to be exact, of VW's conventional T-series vans. The new T7-generation van was revealed on Thursday in passenger-oriented Multivan guise. For commercial buyers, VW will continue to offer the current T6 generation in Transporter guise. Sadly, neither is expected in the United States.

Unlike the T6 generation, which is based on a dedicated van platform, the T7 generation has adopted the car-based MQB platform found in multiple models, including the latest Golf and the Atlas crossover. Moving to this platform has resulted in longer overhangs front and rear, but it has enabled VW to offer a plug-in hybrid option for the first time. You also get all the connectivity options and electronic driver-assist features built into the MQB platform. 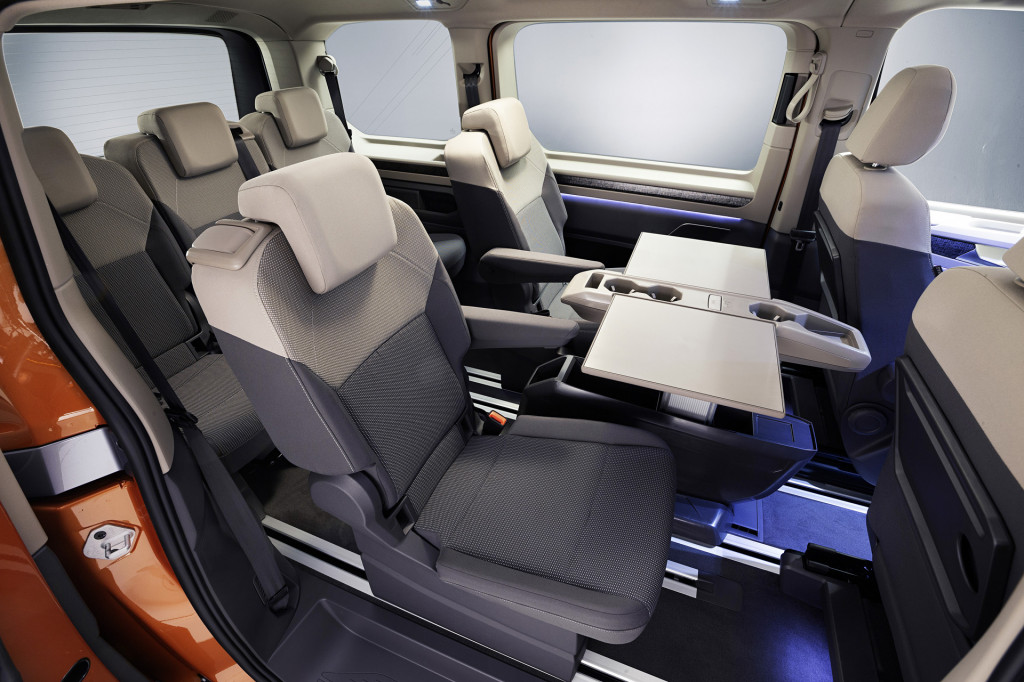 The Multivan measures 195.8 inches long as standard and 203.7 inches in stretched guise, and it is 76.4 inches wide. It can seat up to seven, with many of the seats designed to be moved via tracks or removed completely. There's also a table, which is completely removable and features adjustable height, three cup holders, and a storage bin. The standard size has a maximum 129.7 cubic feet of storage and the long version a maximum 143 cubic feet.

Multiple powertrain options are on offer, all of them with front-wheel drive. The powertrains primarily comprise a series of turbocharged inline-4s, in both gasoline and diesel flavors, but the range-topping option is plug-in hybrid setup that combines a 1.4-liter turbocharged inline-4 with a single electric integrated with the transmission, in this case a 6-speed dual-clutch unit. Peak output is 215 hp and 13-kilowatt-hour battery means a small electric range is possible. Maximum towing capacity is 4,409 pounds.

VW's T-series vans are actually the direct successors to the Microbus, with the original T1 generation first sold here as the Bus. While VW plans to offer both the new T7 generation and electric Microbus successor in its lineup this time, some of the automaker's other vans could dissappear. VW officials have hinted that the smaller Touran and Sharan minivans are likely to be phased out due to families preferring crossovers.