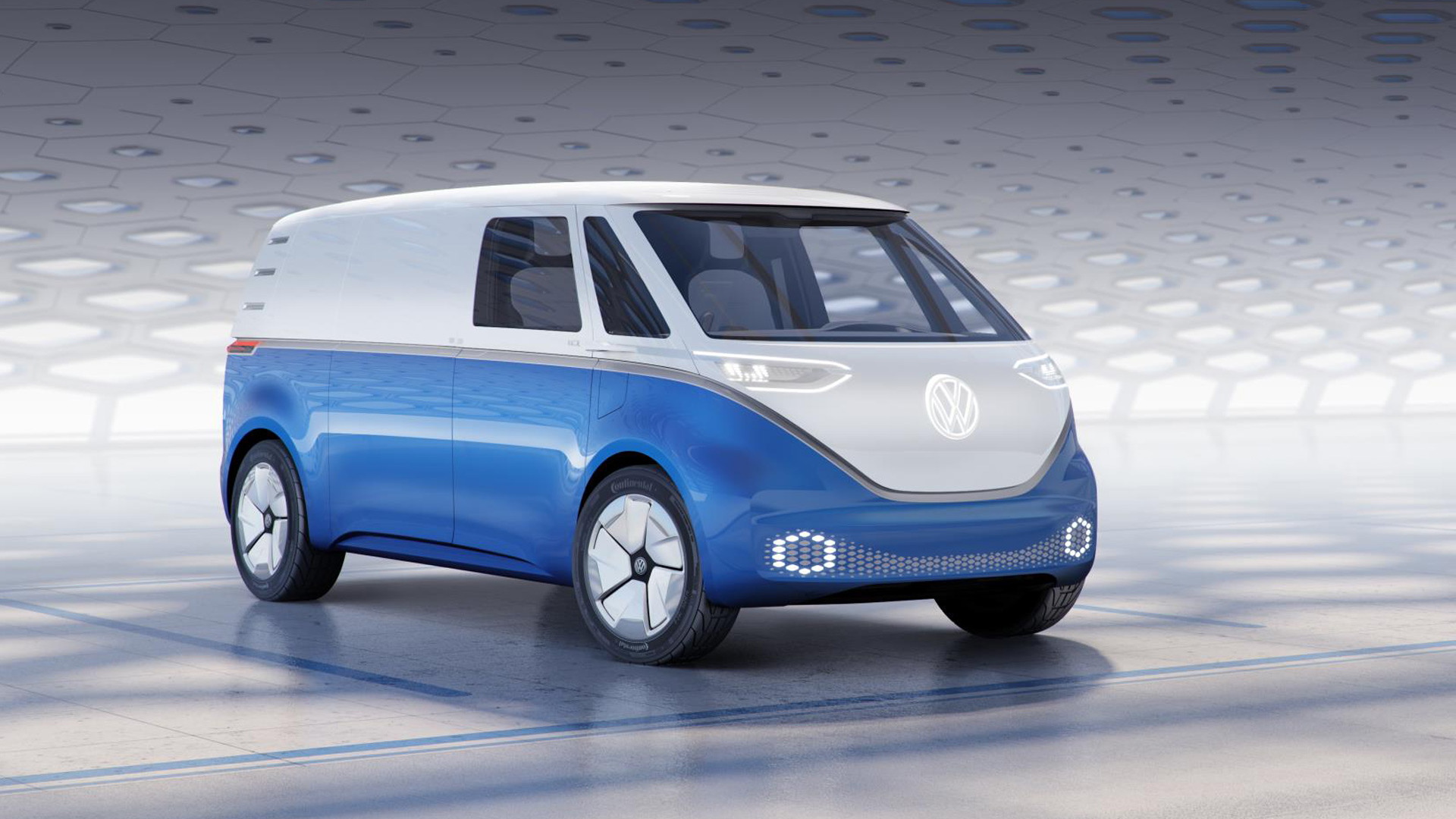 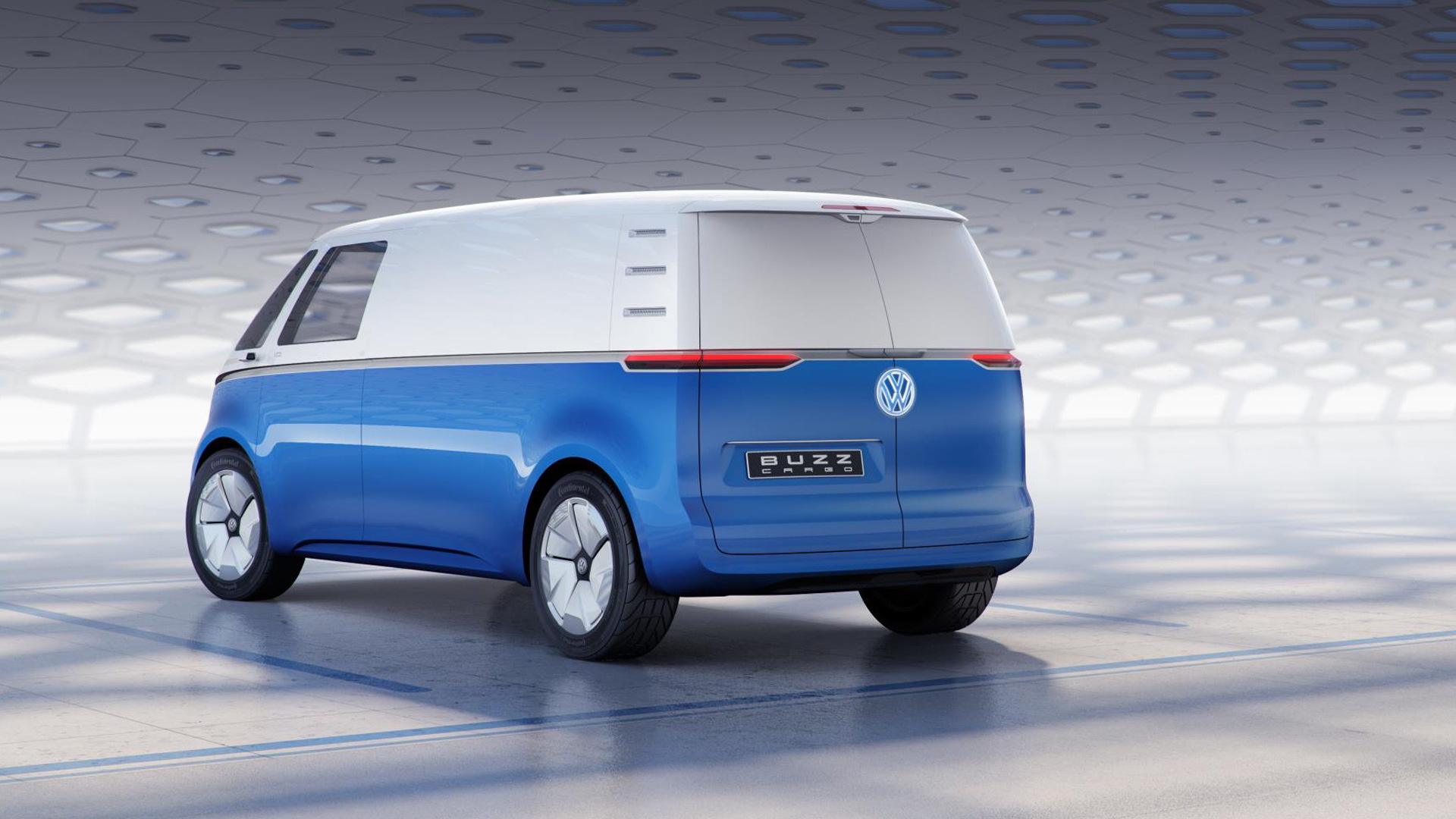 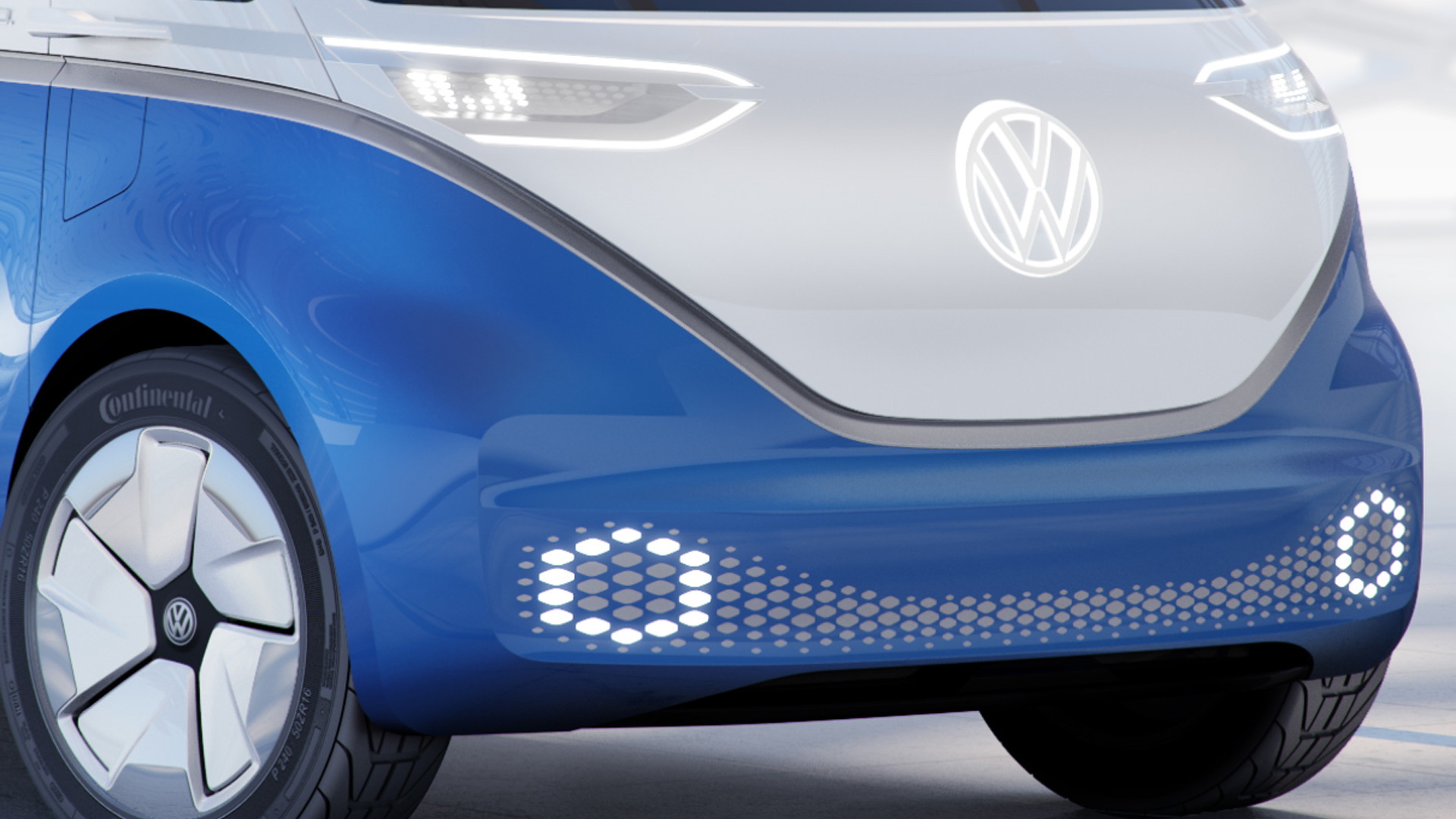 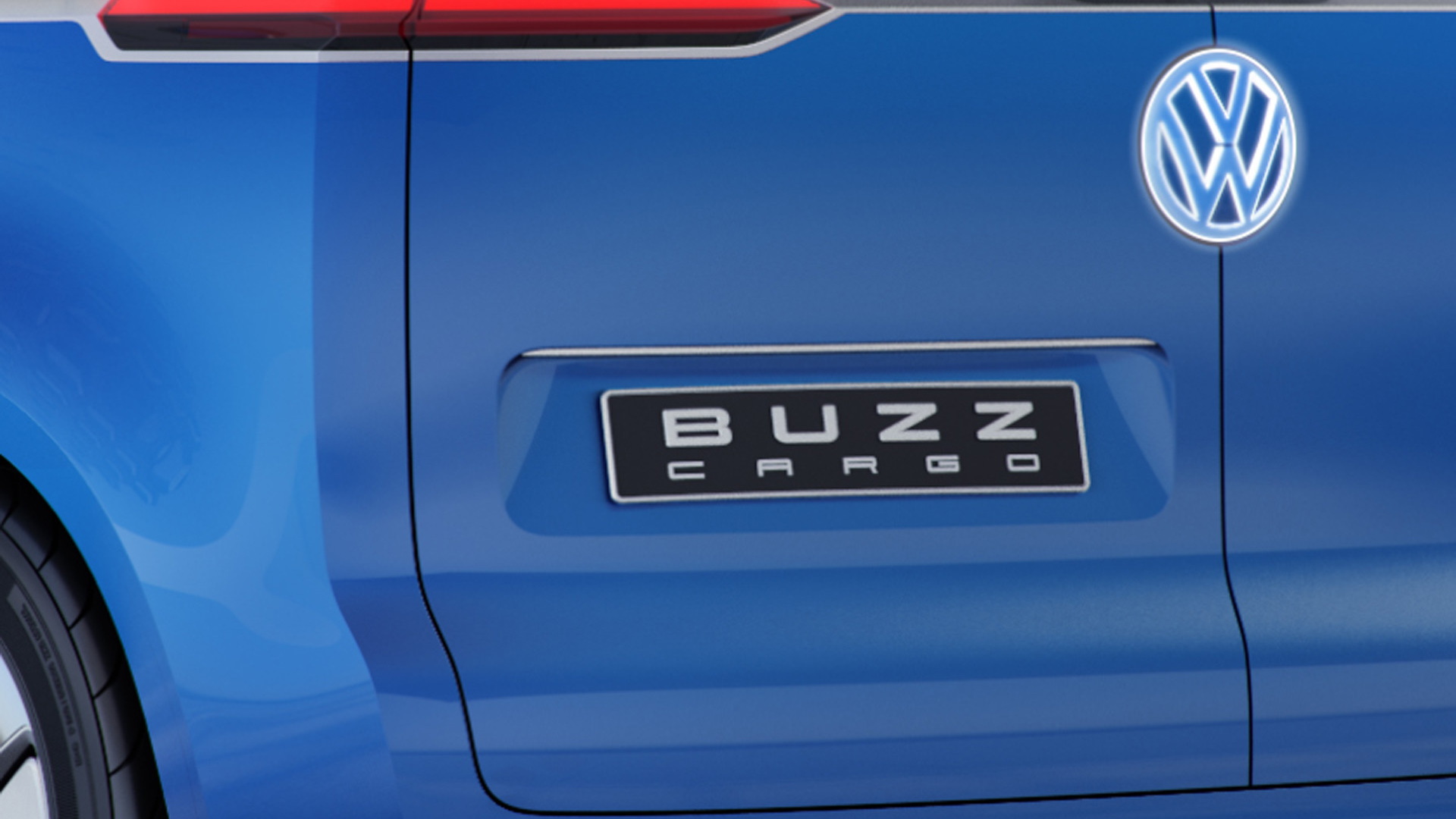 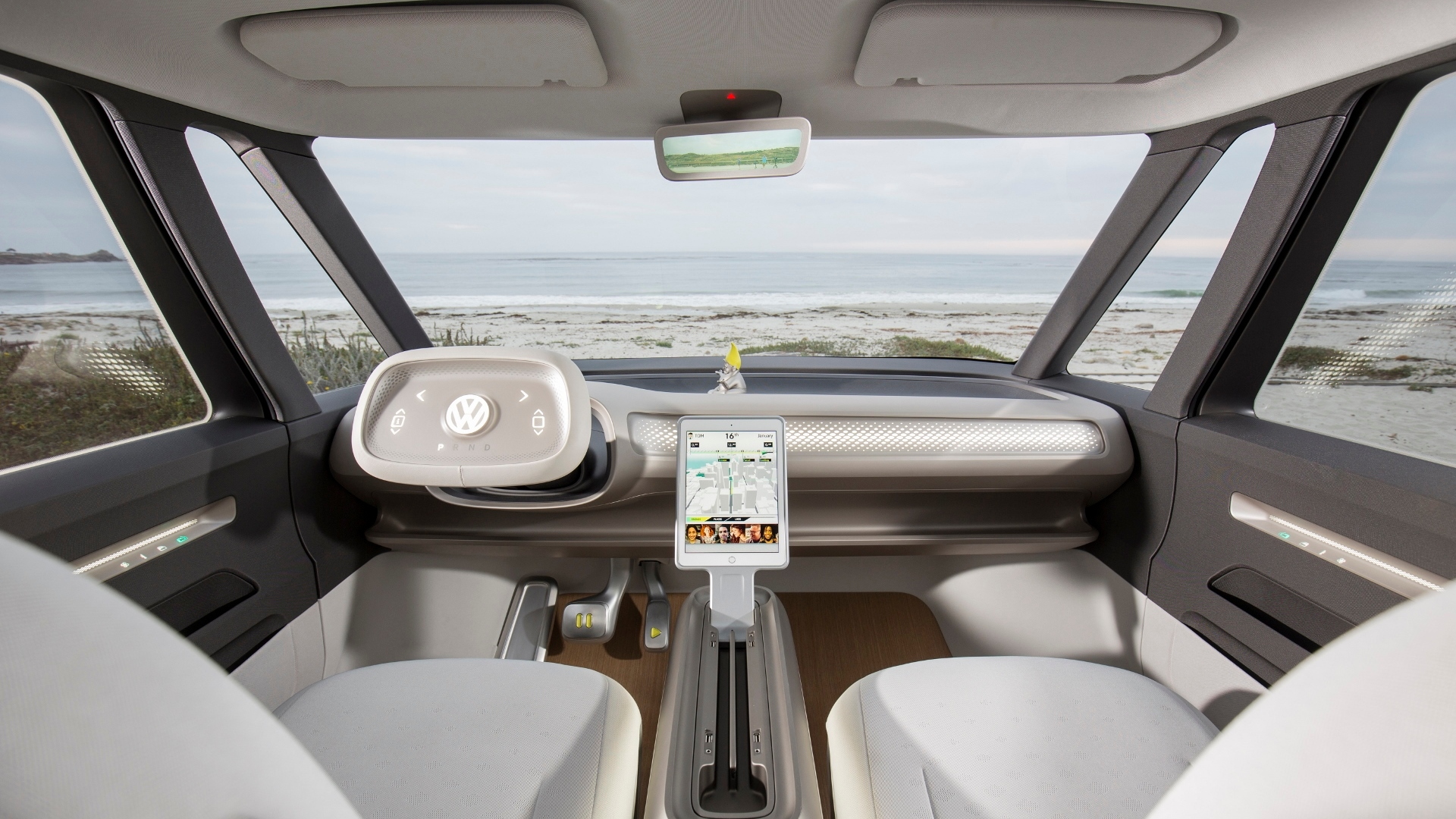 You'll recall we first saw the ID Buzz at the 2017 Detroit auto show, with VW later confirming a production version due here in 2022 as a spiritual successor to the iconic Microbus. Other markets are expected to receive it a year earlier.

The cargo carrying version of the concept has been aptly named the ID Buzz Cargo, and it previews an electric commercial van to go up against Mercedes-Benz's eVito (an electric version of our Metris) and future electric vans from other rivals.

Like all ID concepts, plus the production versions they'll spawn, the ID Buzz Cargo is based on the Volkswagen Group's new MEB modular platform for volume electric cars. The ID Buzz Cargo utilizes the longest version of the platform which allows a big battery offering more than 340 miles to be fitted.

However, for the concept, VW has gone with a smaller battery, one with a capacity of only 48 kilowatt-hours. This smaller battery should still enable a decent range of around 200 miles, and thanks to a high-voltage system an 80 percent charge can be done in as little as 15 minutes.

Therefore a driver could easily make a few deliveries and then charge up while loading the van for the next round. A solar panel on the roof can also add enough charge for 10 miles of extra range on a sunny day.

Drive comes from a single electric motor mounted at the rear axle and paired with a single-speed transmission. Its 201-horsepower peak power rating enables a top speed of 100 mph and a payload of 1,764 pounds.

Compared to the passenger version of the ID Buzz, which we've actually driven, the ID Buzz Cargo naturally has a stripped out cabin. The cargo version is also 4.17 inches longer at 198 inches to maximize space.

Note, VW is working on a new generation of its Transporter van alongside the production ID Buzz. The Transporter series is actually the direct successor of the Microbus, with the T1 generation first sold here as the original Bus. The redesigned Transporter will be the T7 generation.