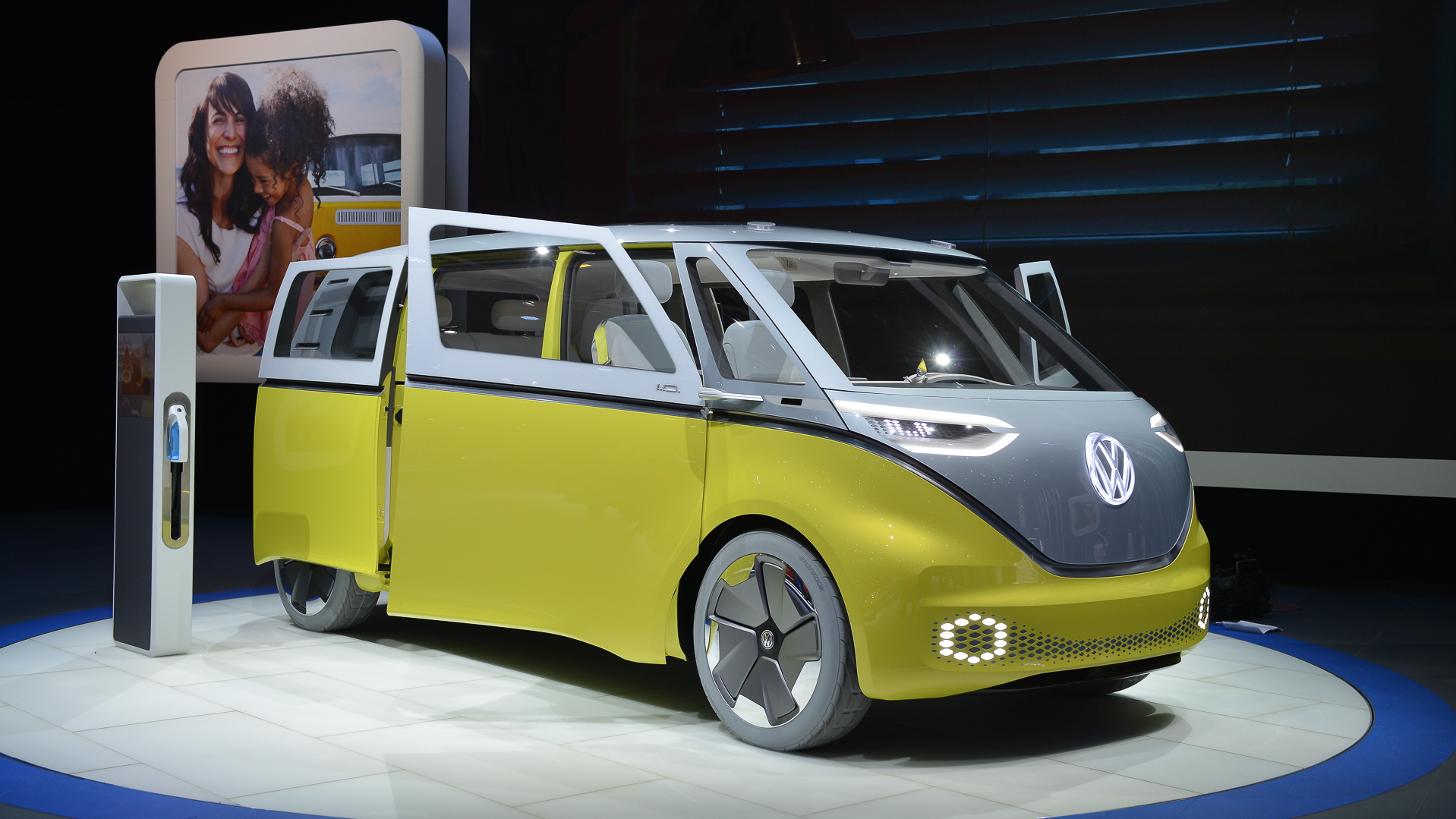 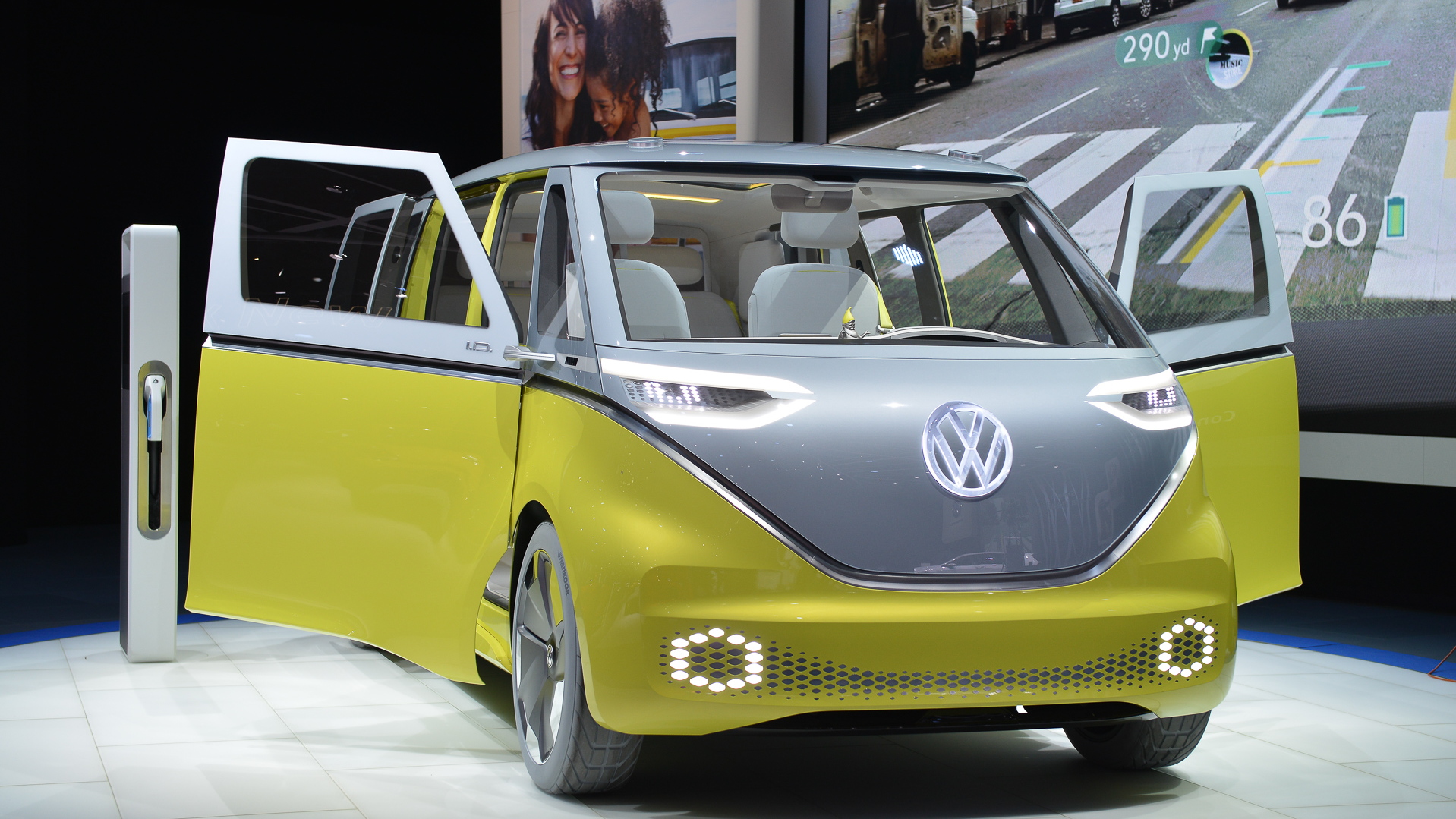 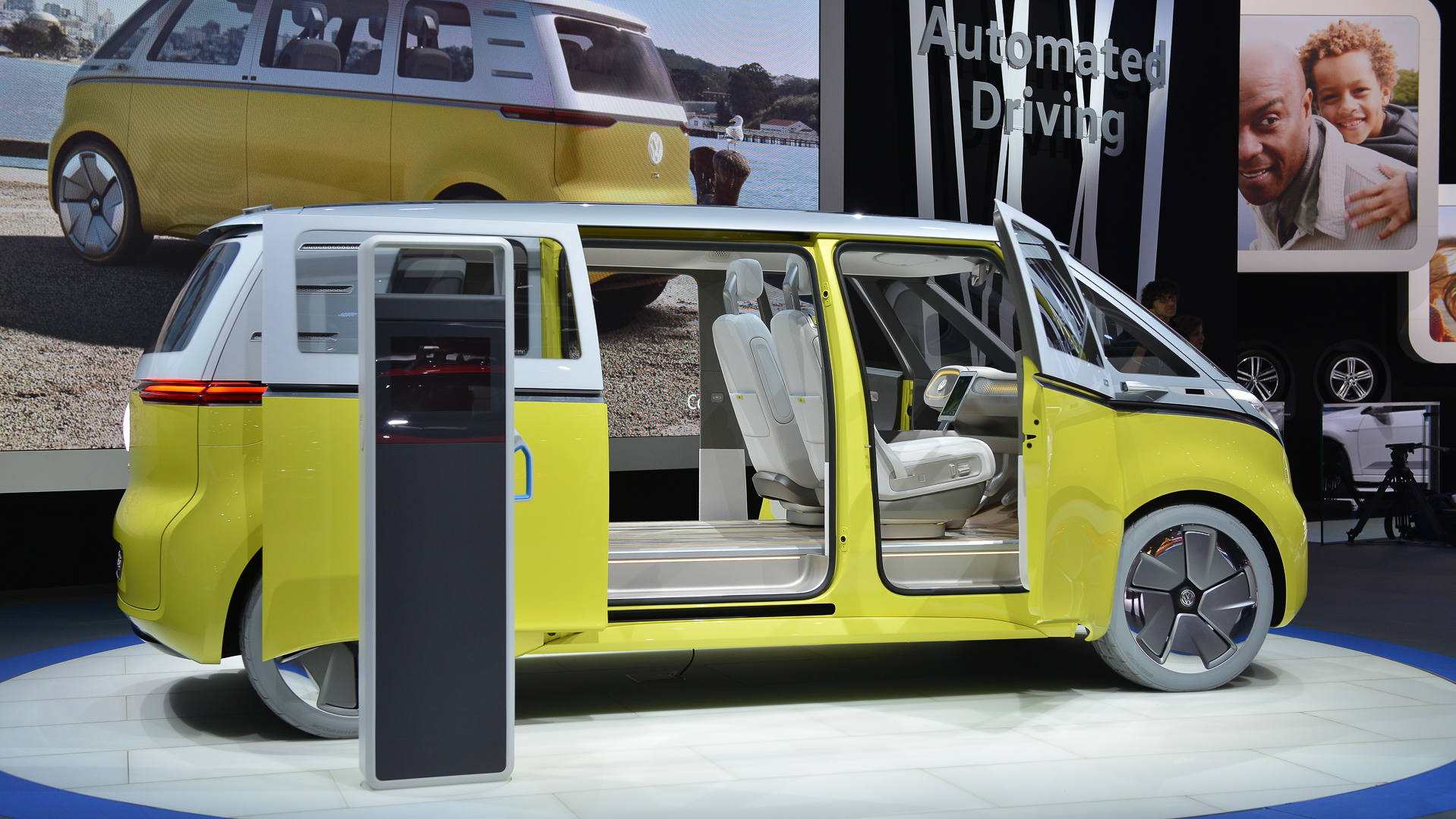 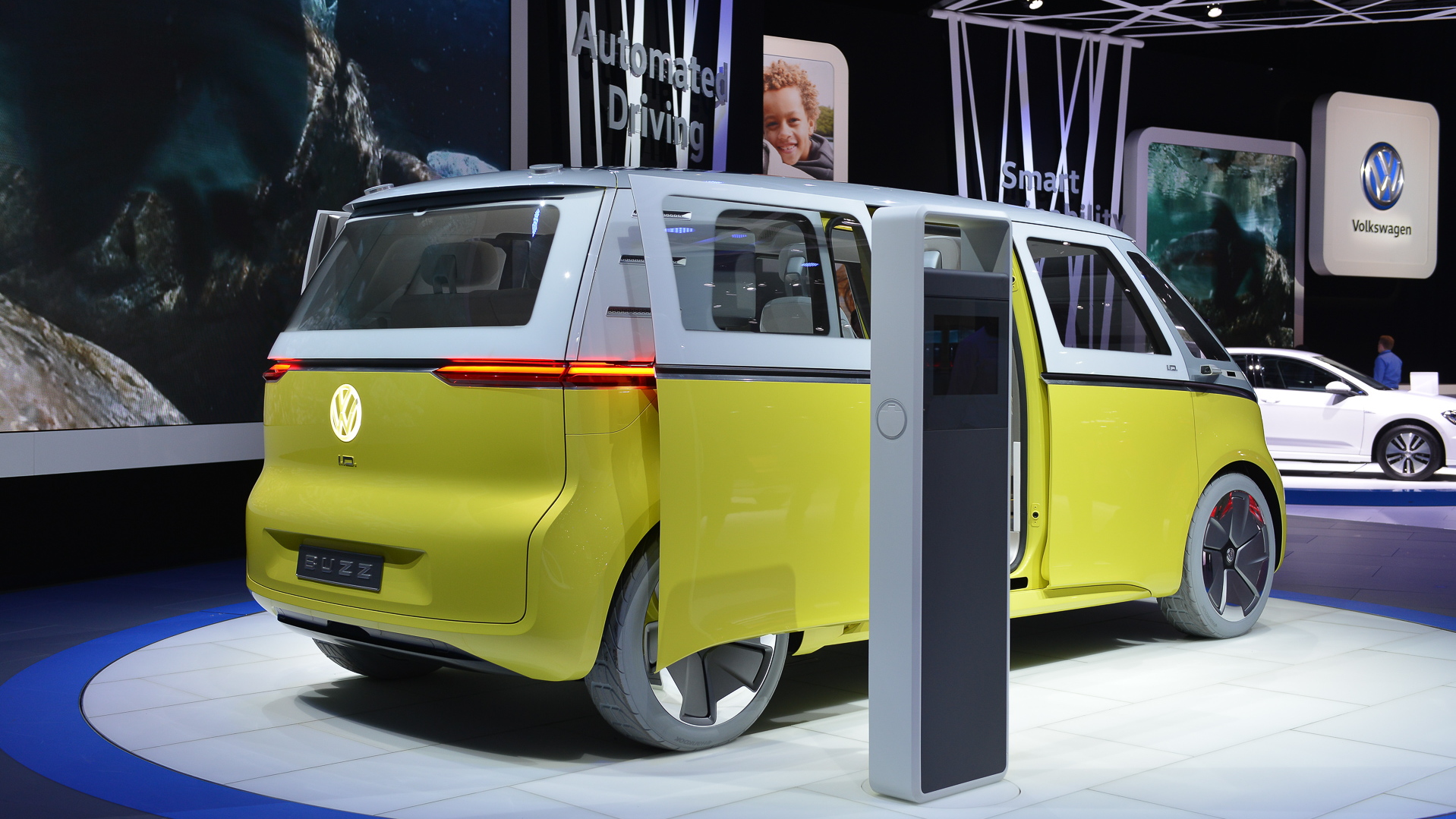 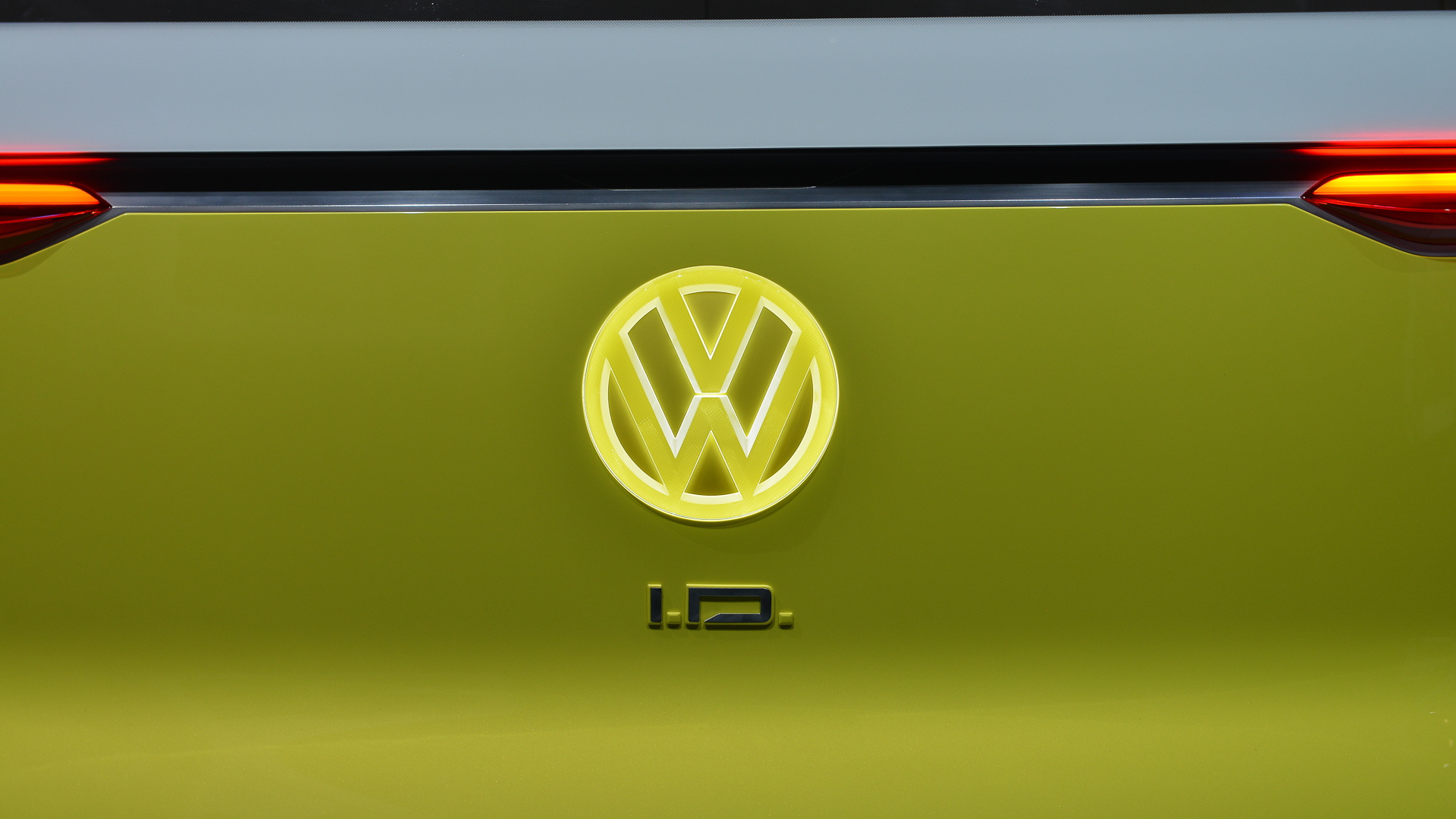 Volkswagen is putting on a full court press when it comes to SUVs and alternative energy vehicles. Shifting sentiment in the aftermath of Dieselgate won’t be easy, but the company feels these vehicles, targeted directly at American consumers, will change the tide.

Fortunately, VW’s reorientation isn’t all serious business, as is evidenced by the I.D. Buzz concept, a follow-up to the original I.D. hatchback concept we saw at the 2016 Paris auto show. Revealed on Monday at the 2017 Detroit auto show, the far-out van is an electric, autonomous vision of our people-moving future.

“The Volkswagen brand’s big electric offensive begins in the year 2020 with a completely new vehicle architecture,” said Dr. Herbert Diess, Chairman of the Board of Management for Volkswagen. “That is when we will be launching an entirely new generation of fully connected, all-electric vehicles to the market. By 2025 we want to be selling one million of these vehicles annually.”

Though it remains to be seen whether the I.D. Buzz will make it to production in much the same shape as its conceptualized form, its specs are impressive. VW says the EV offers 270 miles of range, produces 369 horsepower via a twin-motor powertrain that provides all-wheel-drive capability, can sprint to from 0 to 60 mph in 5.0 seconds, and can charge 80 percent of its 111 kwh battery in just 30 minutes on a Combined Charging System (CCS). A CCS is a type of fast-charging system that is gaining acceptance. 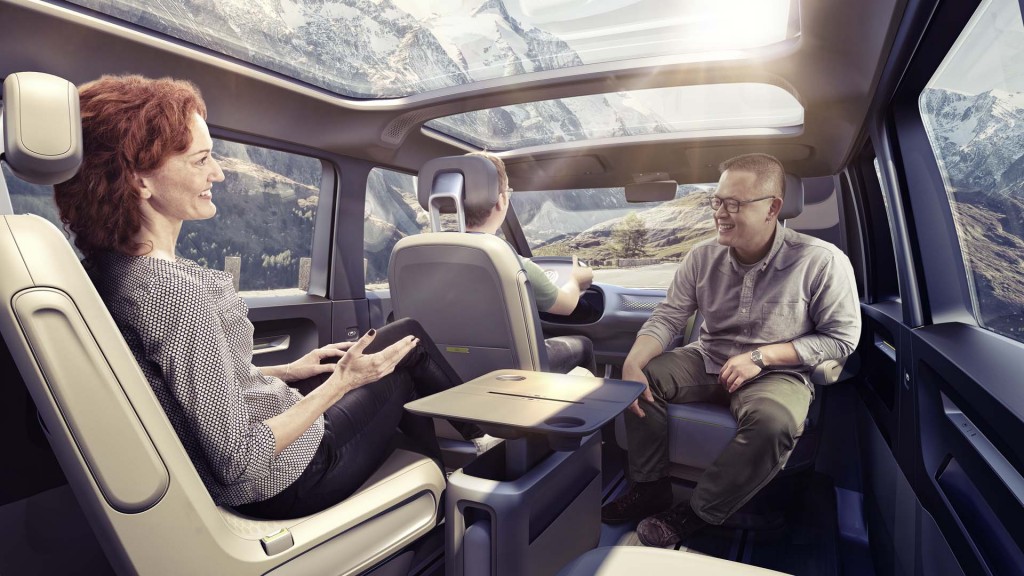 Volkswagen’s Head of Interior Design Tomasz Bachorski describes the I.D. Buzz’s cabin as “a sort of family room, a mobile place where you feel at home.” The traditional cockpit is gone and in its place, a touch-sensitive steering wheel, augmented reality head-up display, and reconfigurable seats welcome passengers.

The I.D. Buzz sets the stage for two other focuses of VW’s vision: autonomy and connectivity. “I.D. Pilot” is an on-board self-driving system that activates four roof-mounted laser sensors and a number of interior modifications when initiated by the driver. In this mode, the wheel is decoupled from the steering gear and the vehicle’s computers take full command of driving functions. At the same time, the front passenger seats are pivoted to face the rest of the cabin and the car’s center console moves toward the rear. 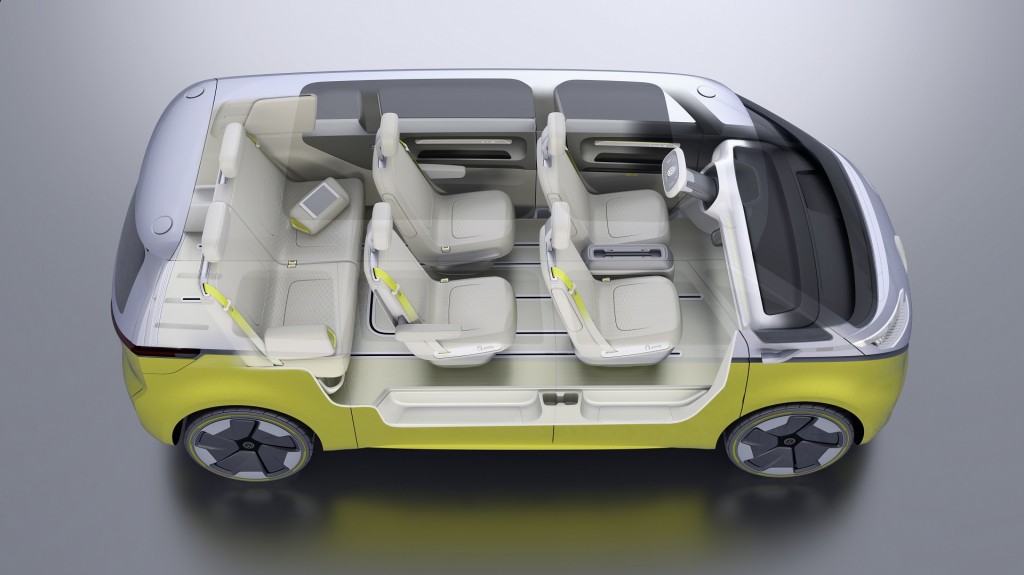 The laser sensors are complemented with ultrasonic sensors, radar, and camera systems to detect other drivers. Traffic data is also continually acquired and compared with the vehicle data via the cloud. Drivers can immediately resume control by touching the steering wheel or pressing either the brake or accelerator pedals.

With the goal of providing the safest, most accommodating driving experience, the I.D. Buzz is constantly communicating with smart infrastructure and connected vehicles. In I.D. Pilot mode, the vehicle will alert drivers to surrounding attractions and restaurants based on individualized preferences.

While many of the I.D. Buzz’s best features are reliant on intelligent infrastructure (and regulatory approval), its design and tech is promising. We’ll be keeping an eye on future iterations of the I.D. concept for a better idea of what production-ready innovations are just around the corner.

We'll also watch to see if VW decides to bring a modern Microbus to market or if the brand continues to just use it as a platform for enticing concepts in the future.