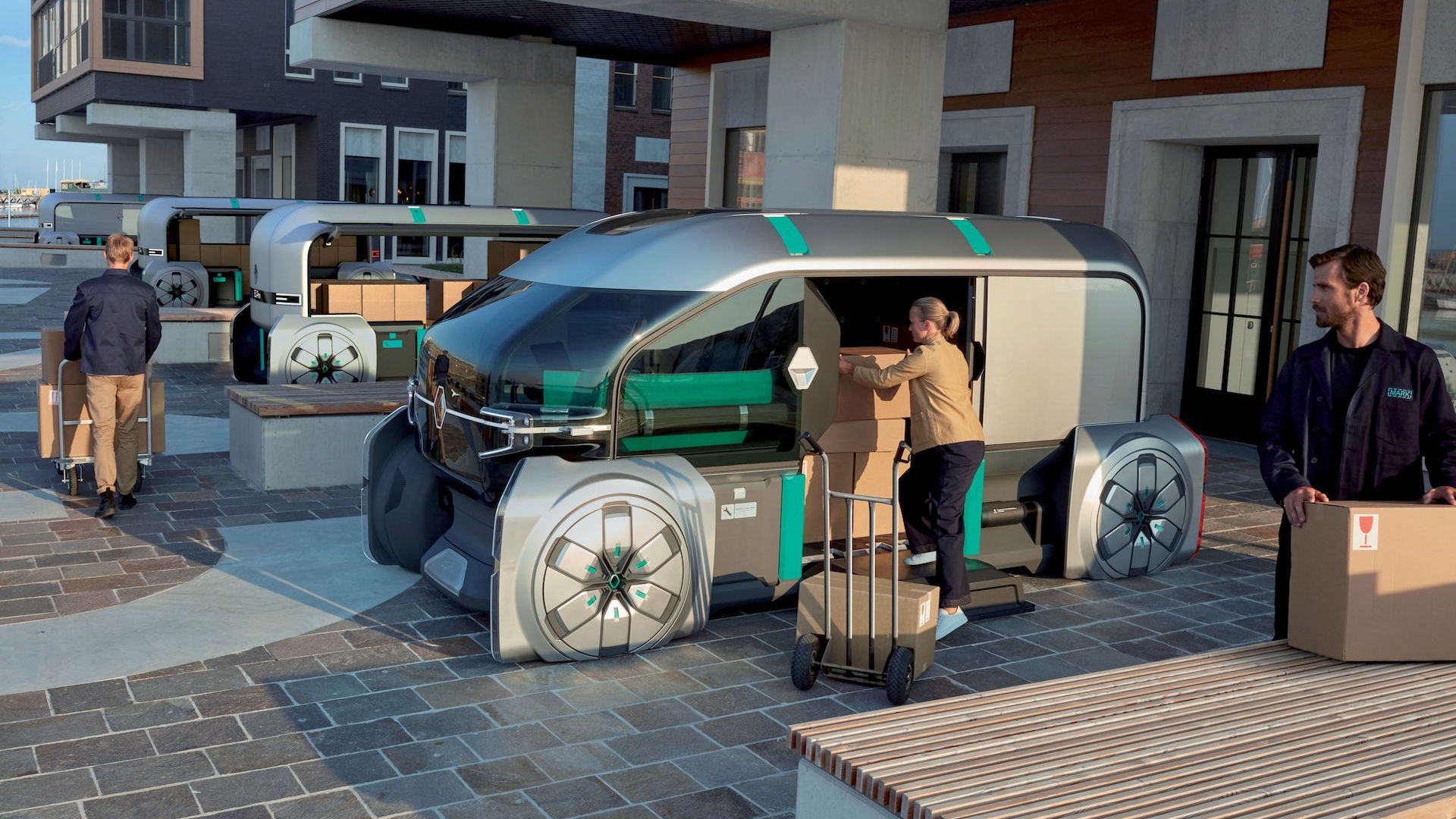 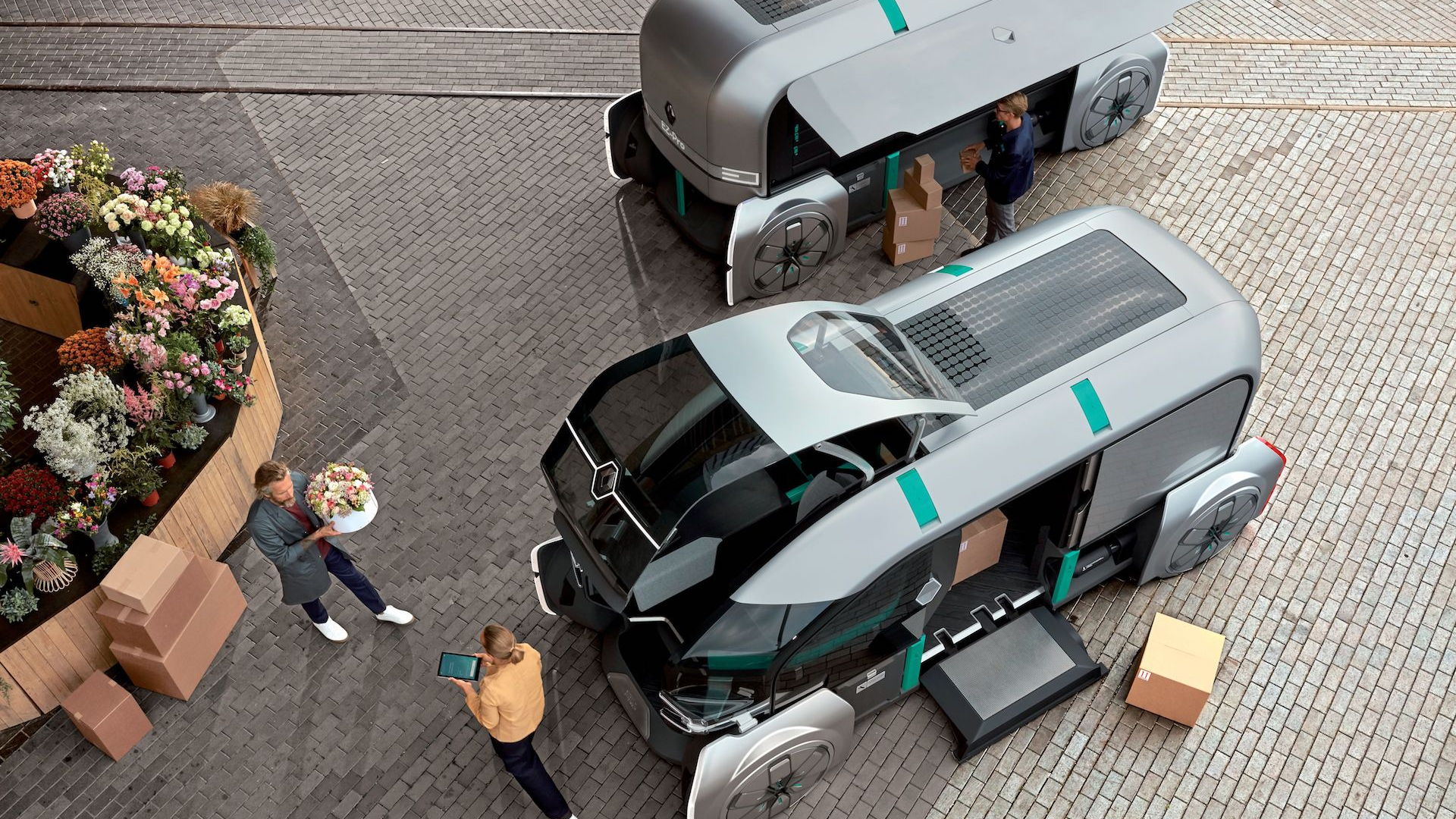 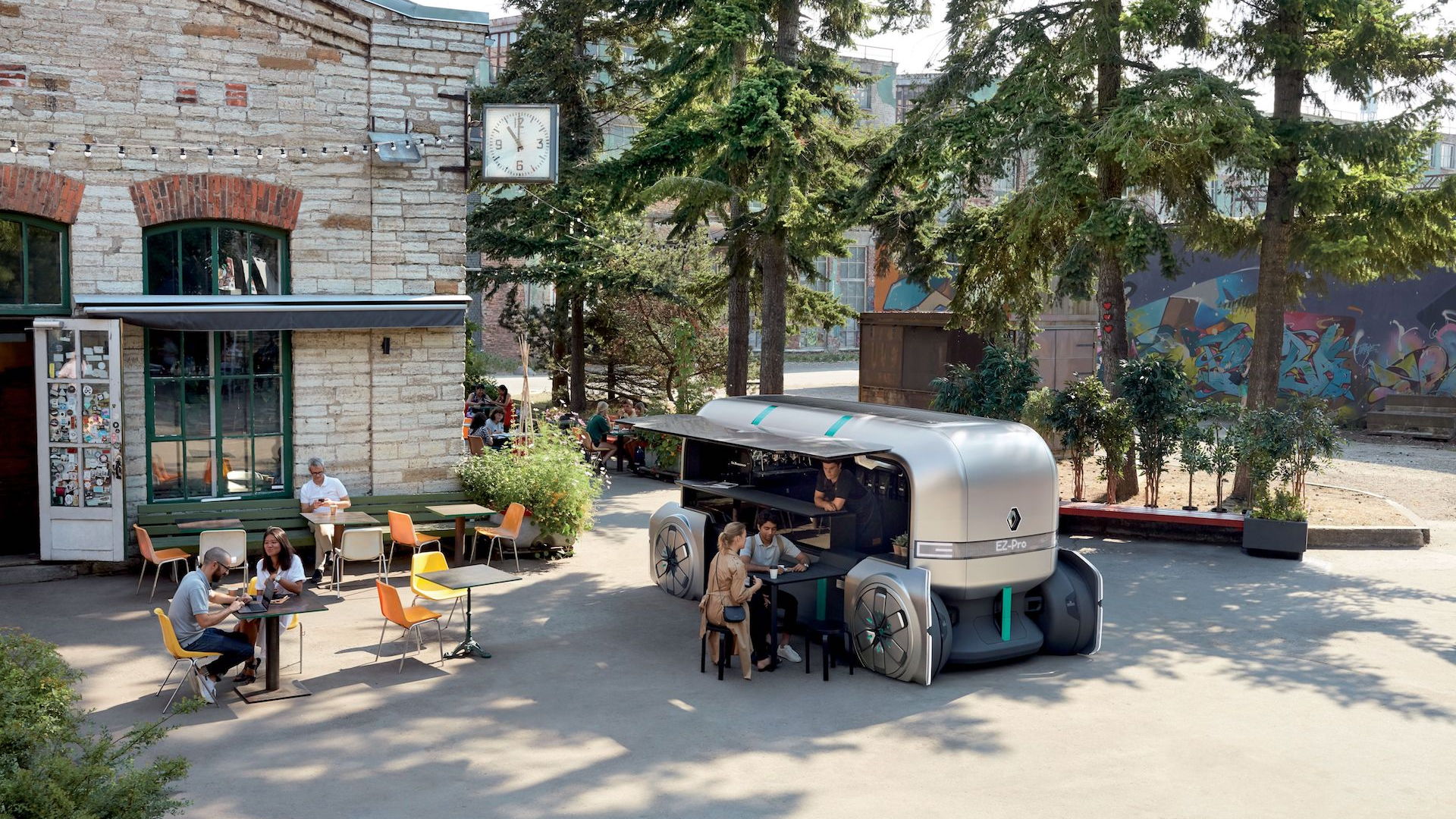 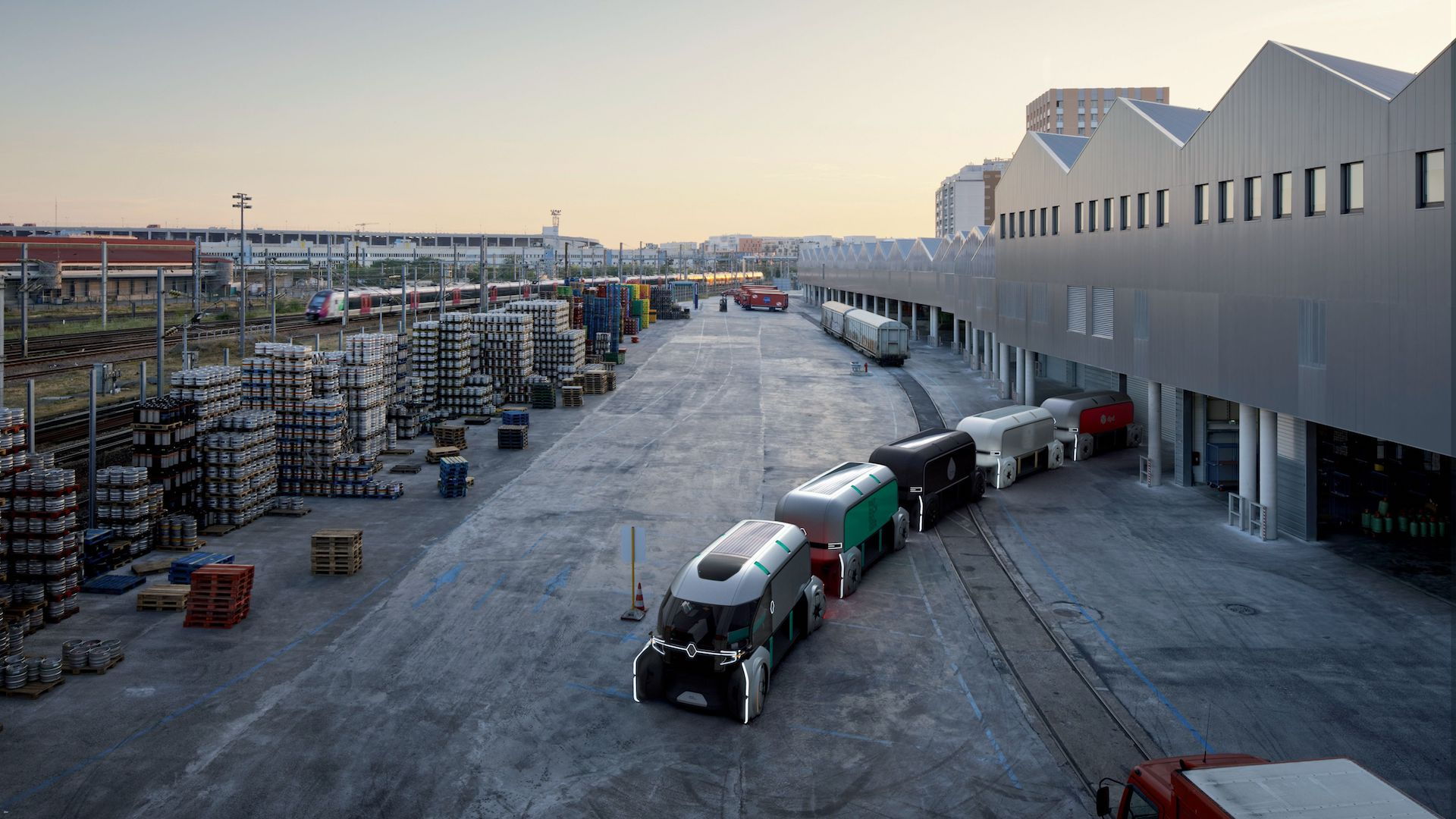 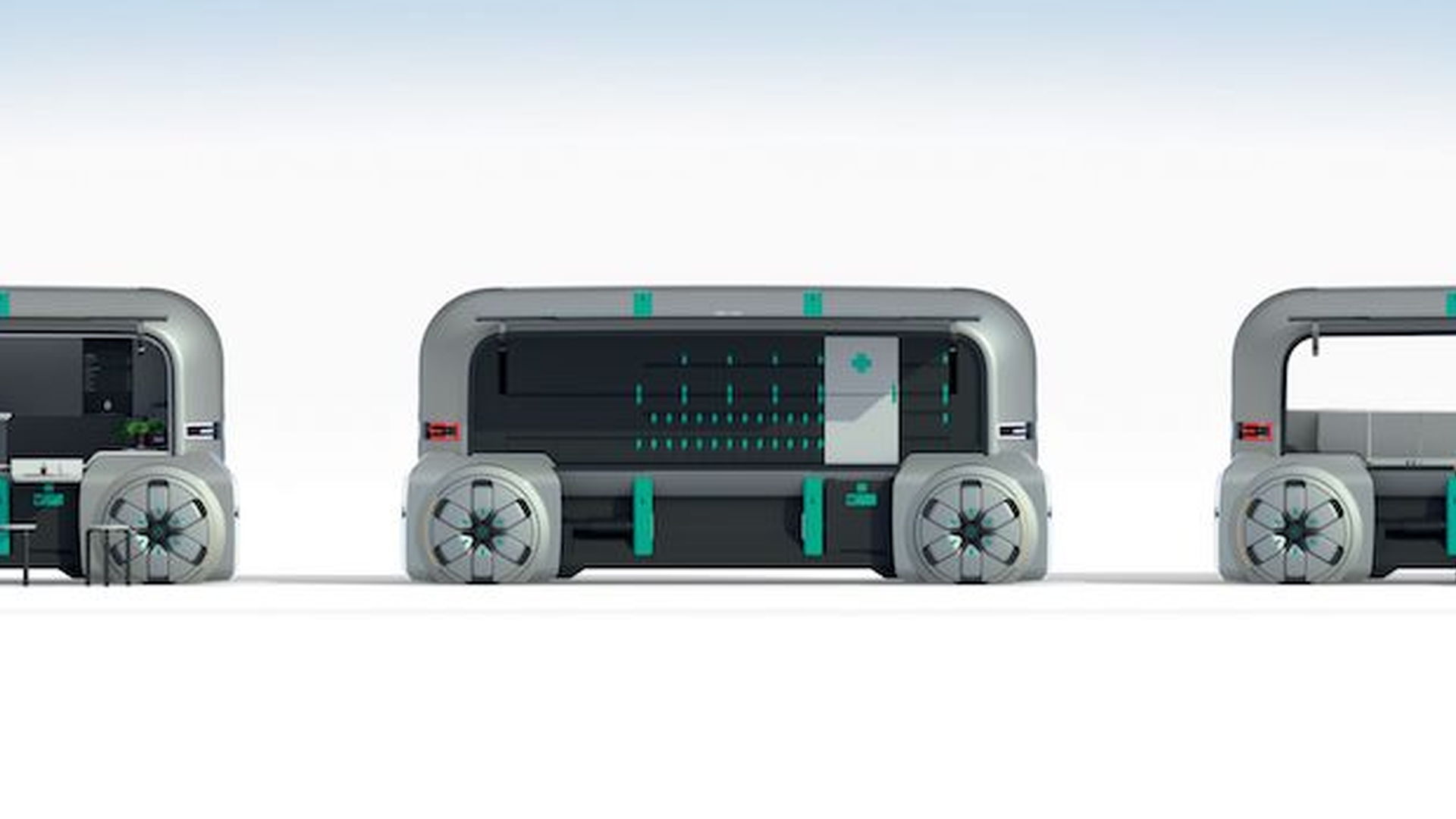 Following Renault's vision of a self-driving future for ride-hailing with its EZ-Go concept, the French automaker has bestowed the world with a self-driving concept for delivery vehicles. It's called the EZ-Pro, and it was revealed on Wednesday.

Unlike some self-driving delivery vehicle concepts, the EZ-Pro imagines a future where humans and the technology work alongside one another. In fact, the concept isn't just one vehicle, but a platoon of self-driving cars.

At the front of the pack is a self-driving EZ-Pro with a cockpit made for a human operator. Renault said the operator manages the delivery of goods, associated services, and the fleet of cars behind him or her. Since the human "concierge," as Renault puts it, won't be driving, the individual can instead focus on other tasks such as customized service, in-person delivery of fragile items, and more.

Behind the lead car is a flock of self-driving vehicles that look similar to other self-driving pods. There's no cockpit and the sides of the car open up to reveal goods packed inside for last-mile deliveries.

Essentially, the self-driving EZ-Pro vehicles either platoon with one another or drive separately depending on the operator's goals for the day, but the system can also ensure efficiencies.

Each self-driving pod has its own pay station and can be used for just one company, or shared with multiple businesses for greater synergies. When the delivery does arrive, recipients can choose to meet the self-driving pod themselves or have the human concierge deliver the goods. Without the human, a mobile phone unlocks the pod to retrieve whatever he or she ordered.

Renault said the concept aims to capitalize on the booming last-mile delivery service to reward our habits of instant gratification after ordering things on the internet.

And like the EZ-Go concept, the EZ-Pro pods are purely electric to help eliminate emissions and noise pollution in urban areas.

If Renault's vision comes to life, the automaker believes vehicles like the EZ-Pro platoon of self-driving cars can displace 30 percent of inner-city traffic with its last-mile delivery services.