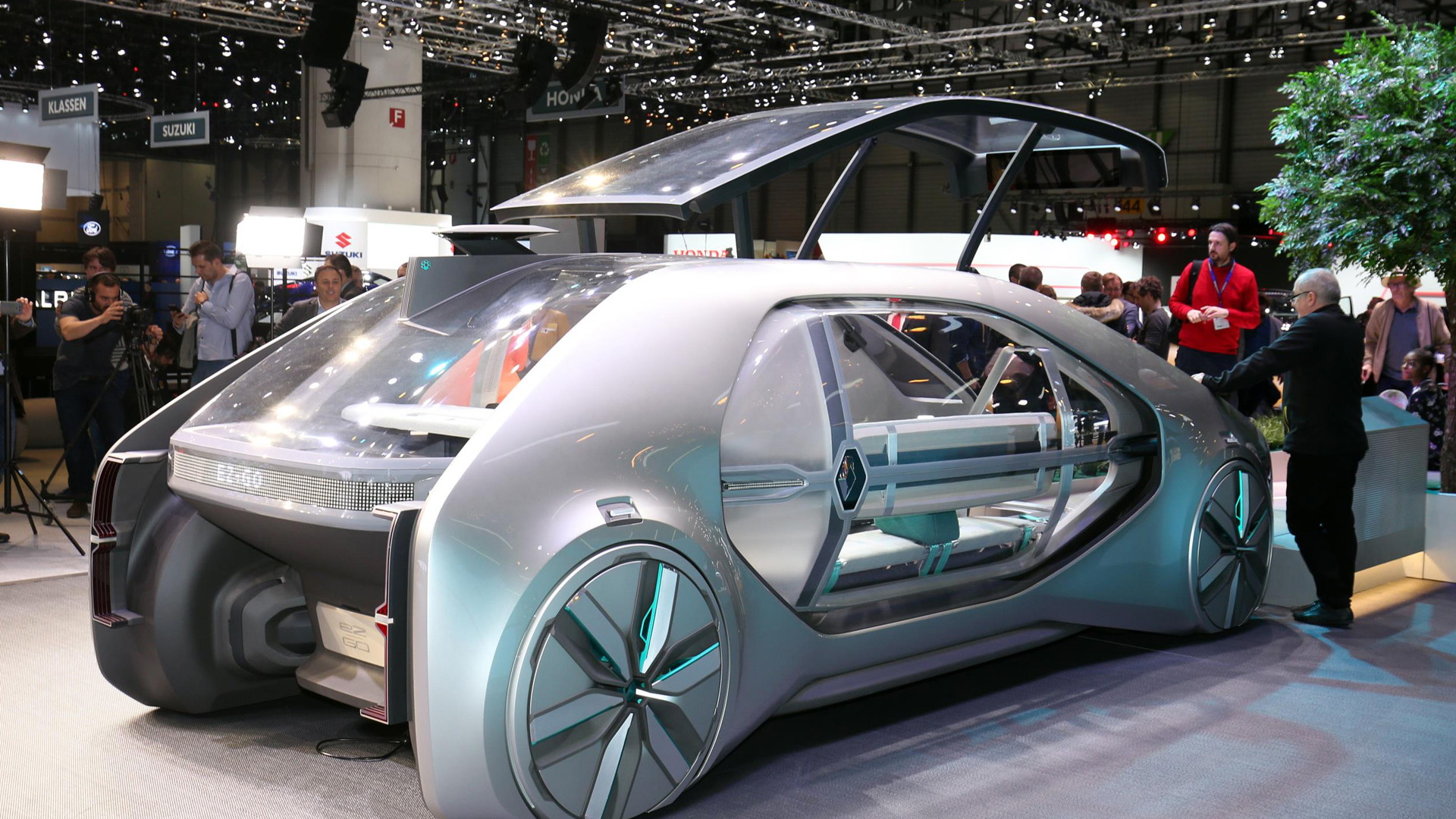 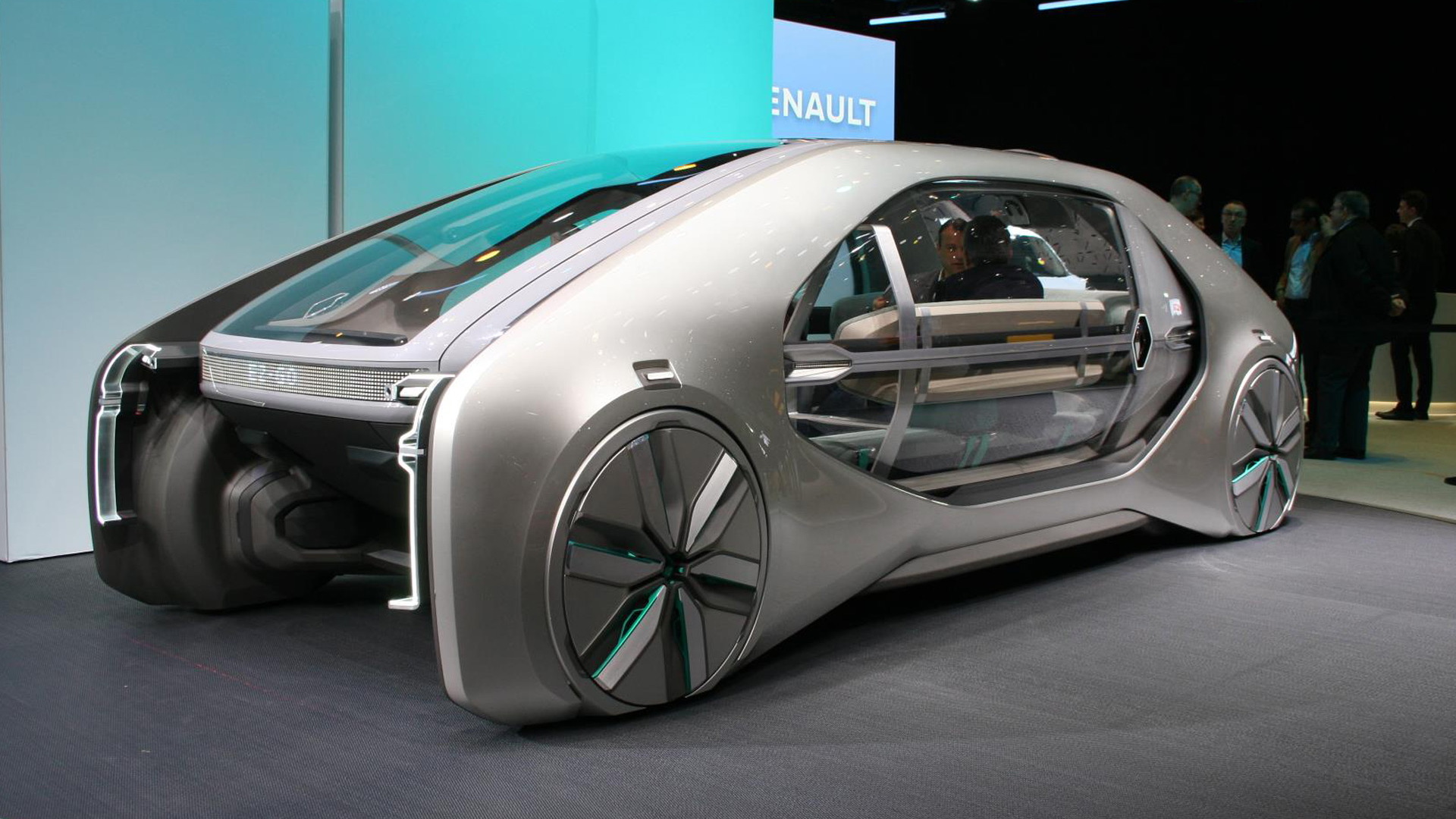 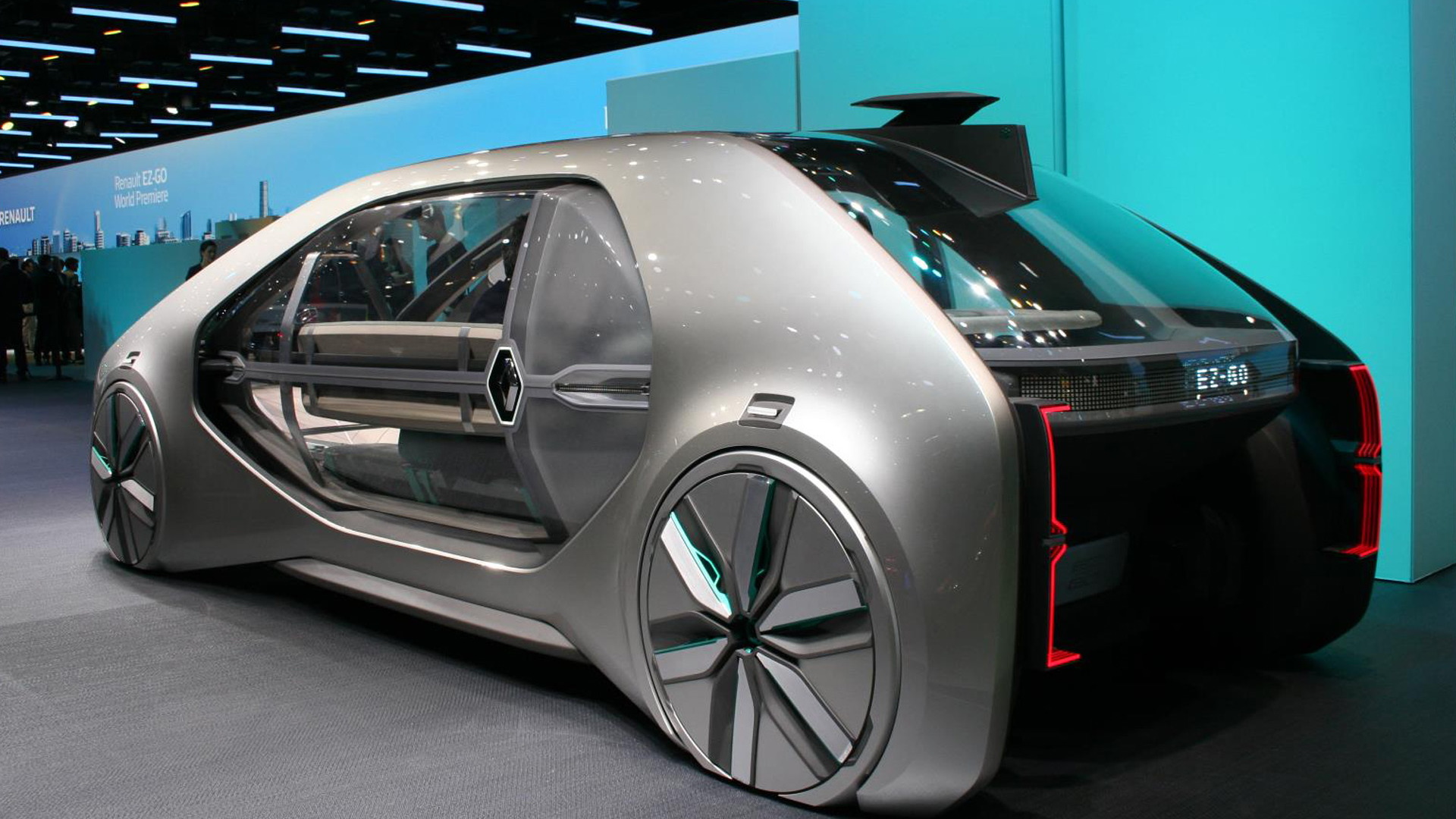 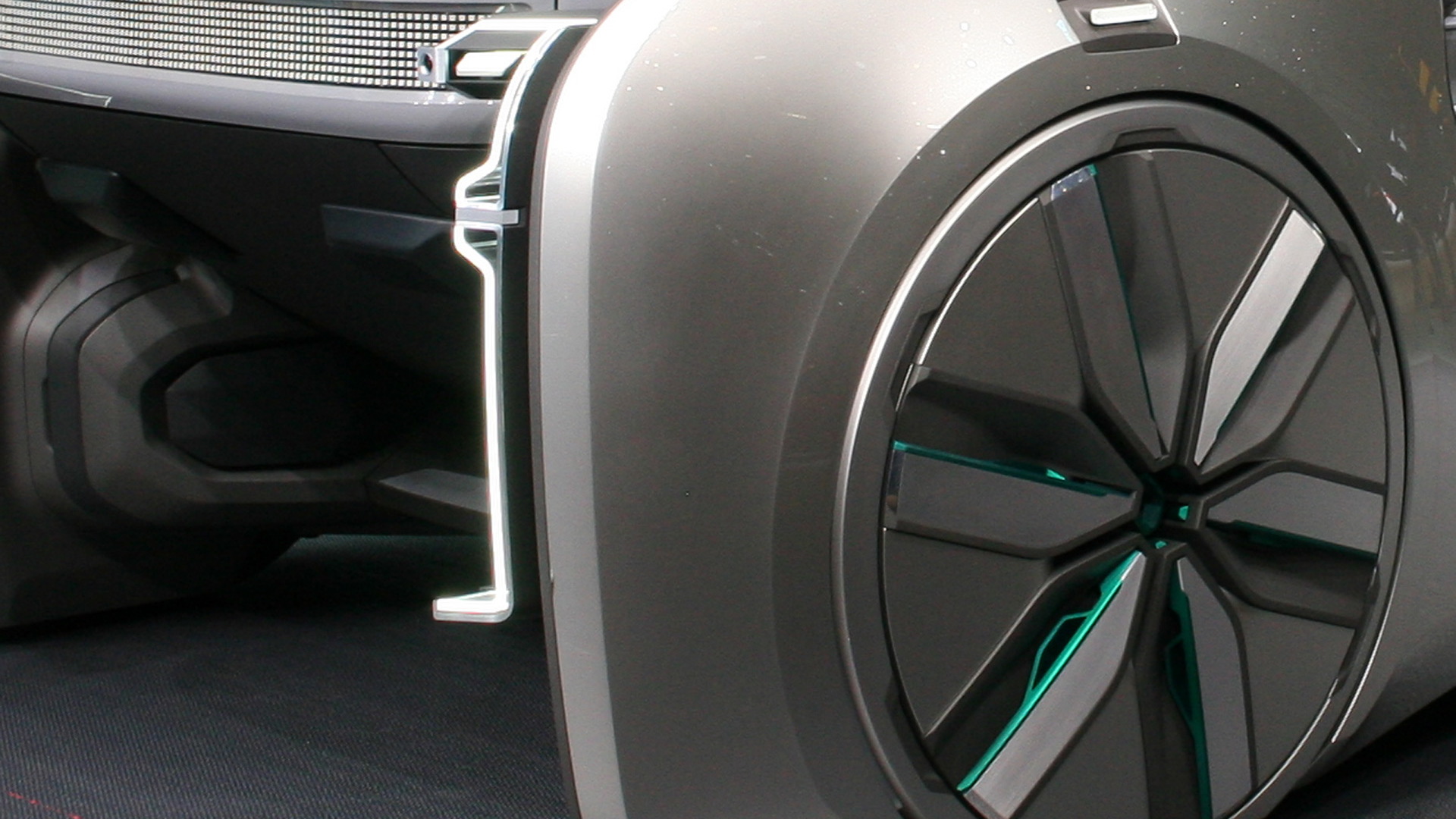 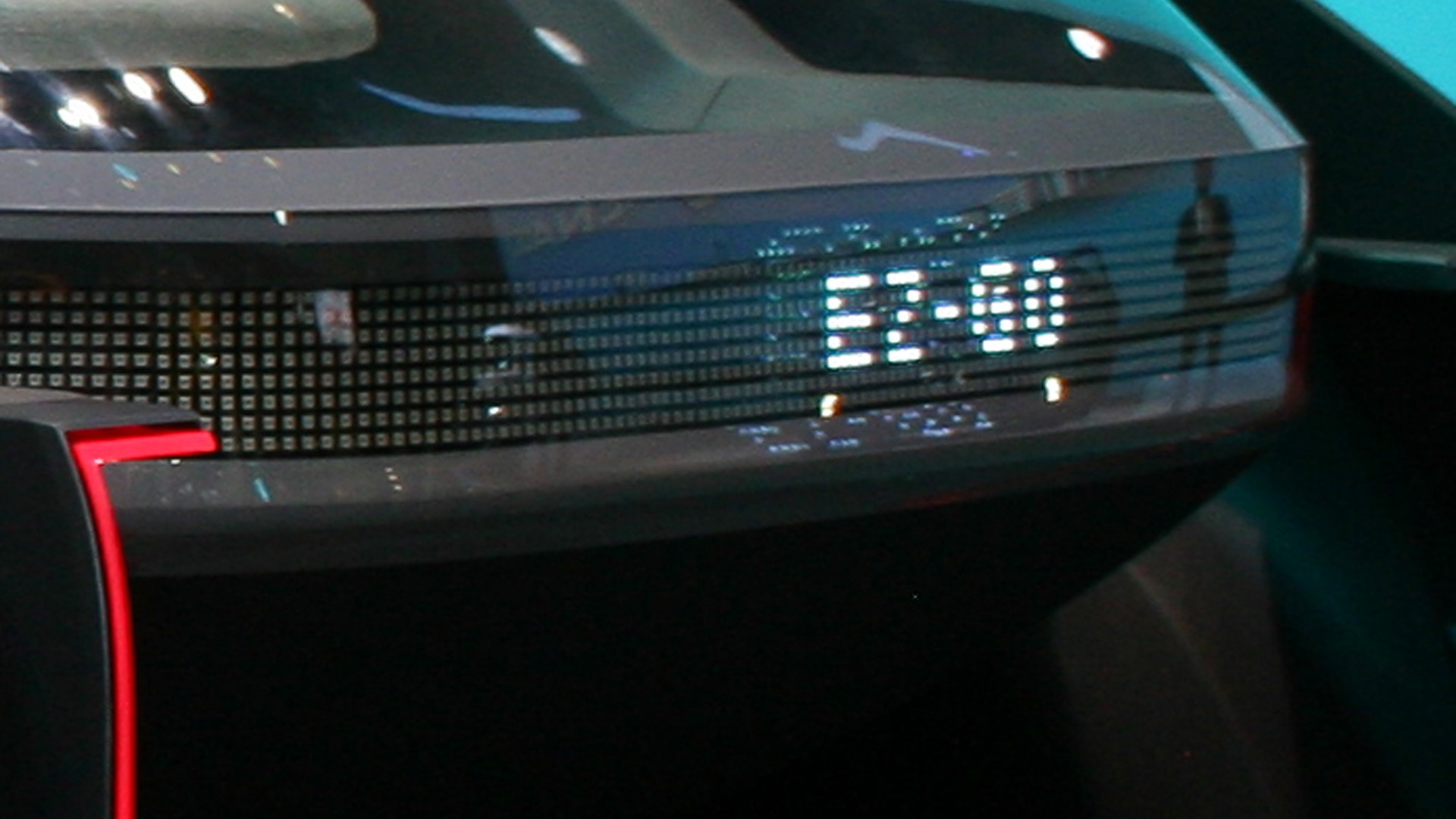 French automaker Renault unveiled Tuesday at the 2018 Geneva International Motor Show an electric self-driving car concept that the automaker says could be part of a fleet of ride-share vehicles ready to be summoned by users as early as 2022.

It's a strategy similar to the one Daimler is pursuing with its Car2Go car-share, except that the French brand's EZ-GO concept can seat up to six passengers. Daimler's self-driving Smart Vision EQ concept unveiled last fall has room for just two riders.

The EZ-GO features an electric powertrain that supplies power to the rear wheels, although the urban-oriented EZ-GO has a maximum speed of just 30 mph.  Four-wheel steering aids in-town manueverability. At 204 inches from bumper-to-bumper, the EZ-GO is a large vehicle sized like a Mercedes-Benz S-Class sedan.

Inside, its sofa-style seating arrangement puts all six passengers in a semi-circle position that the automaker says invites "conviviality." Instead of side doors, it features an enormous hinged front gate that allows passengers to walk aboard, rather than sliding in as in a typical passenger car. The EZ-GO's interior looks more like a downsized city bus than a luxurious passenger car with its upright bench seats and tie-down straps for luggage.

Like Smart, Renault envisions a ride-sharing future that may not include private car ownership. The automaker says it has developed a mobile app that would allow users of its car-share to summon an EZ-GO at the tap of a screen.

Renault was light on details about its ride-sharing plans, but the automaker says it's targeting 2022 for on-demand ride-sharing vehicles capable of Level 4 autonomy. Given that the Renault Nissan Mitsubishi Alliance is already testing a self-driving ride-share service in Japan, that goal may not be as ambitious as it sounds.