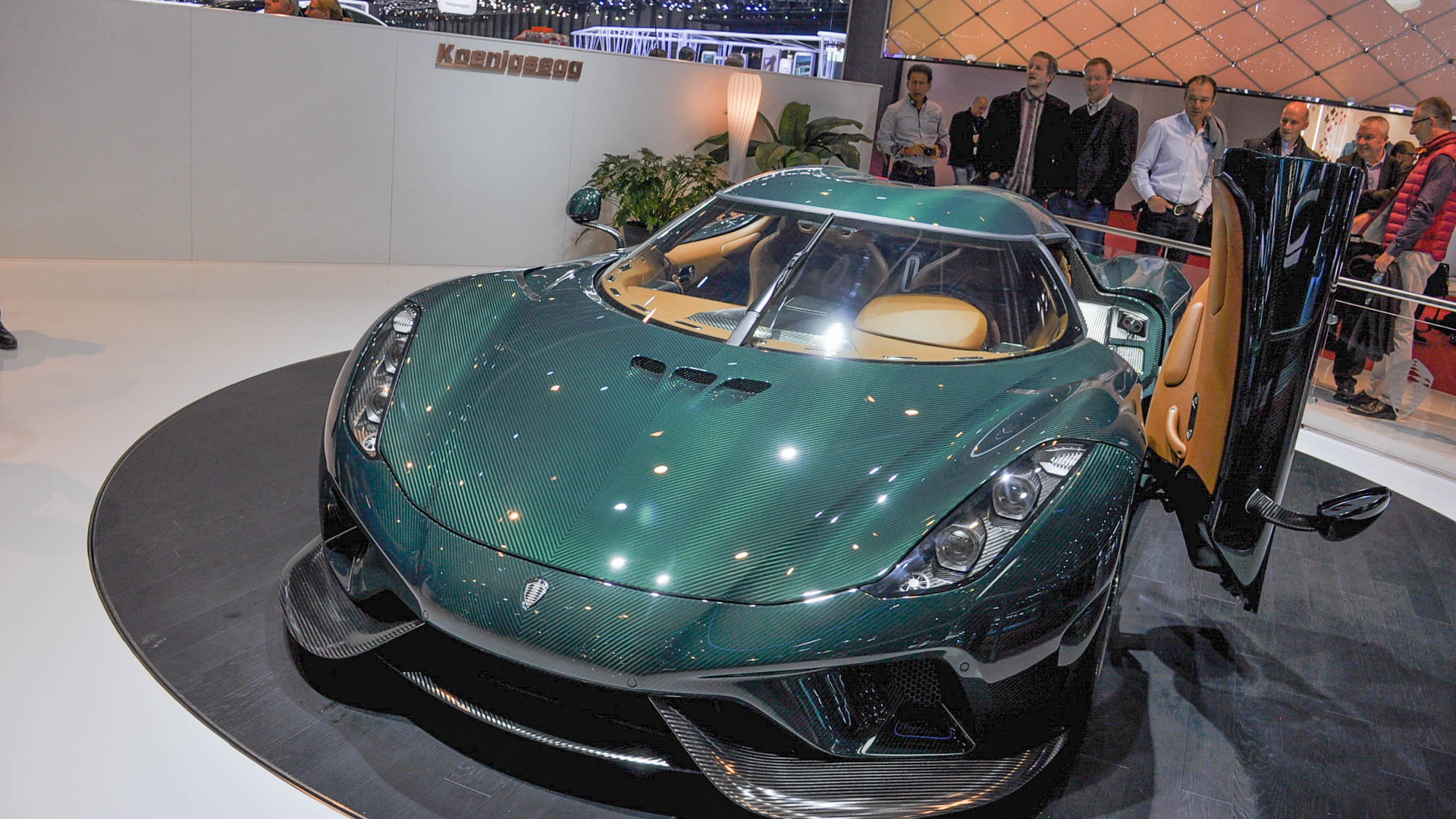 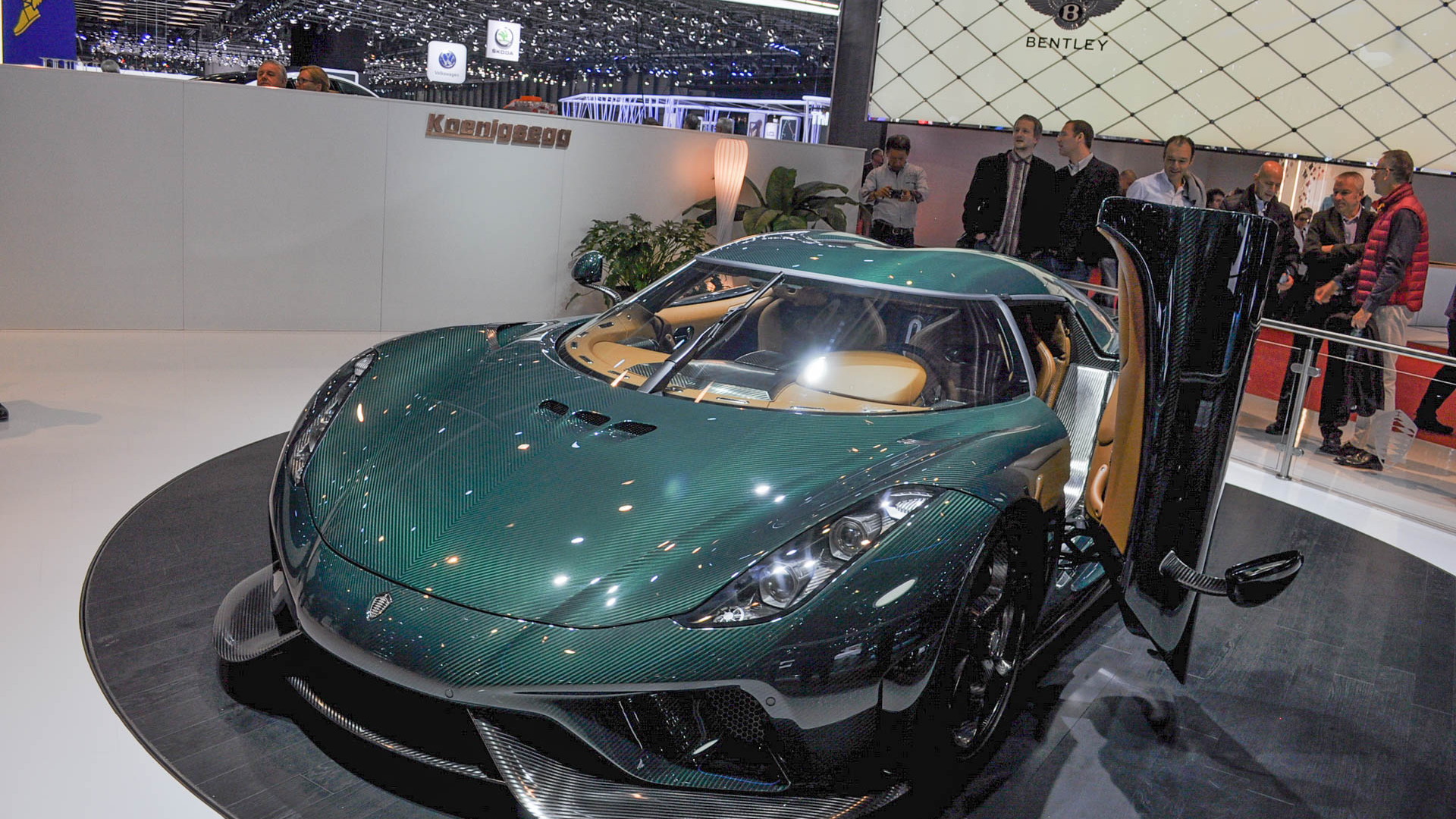 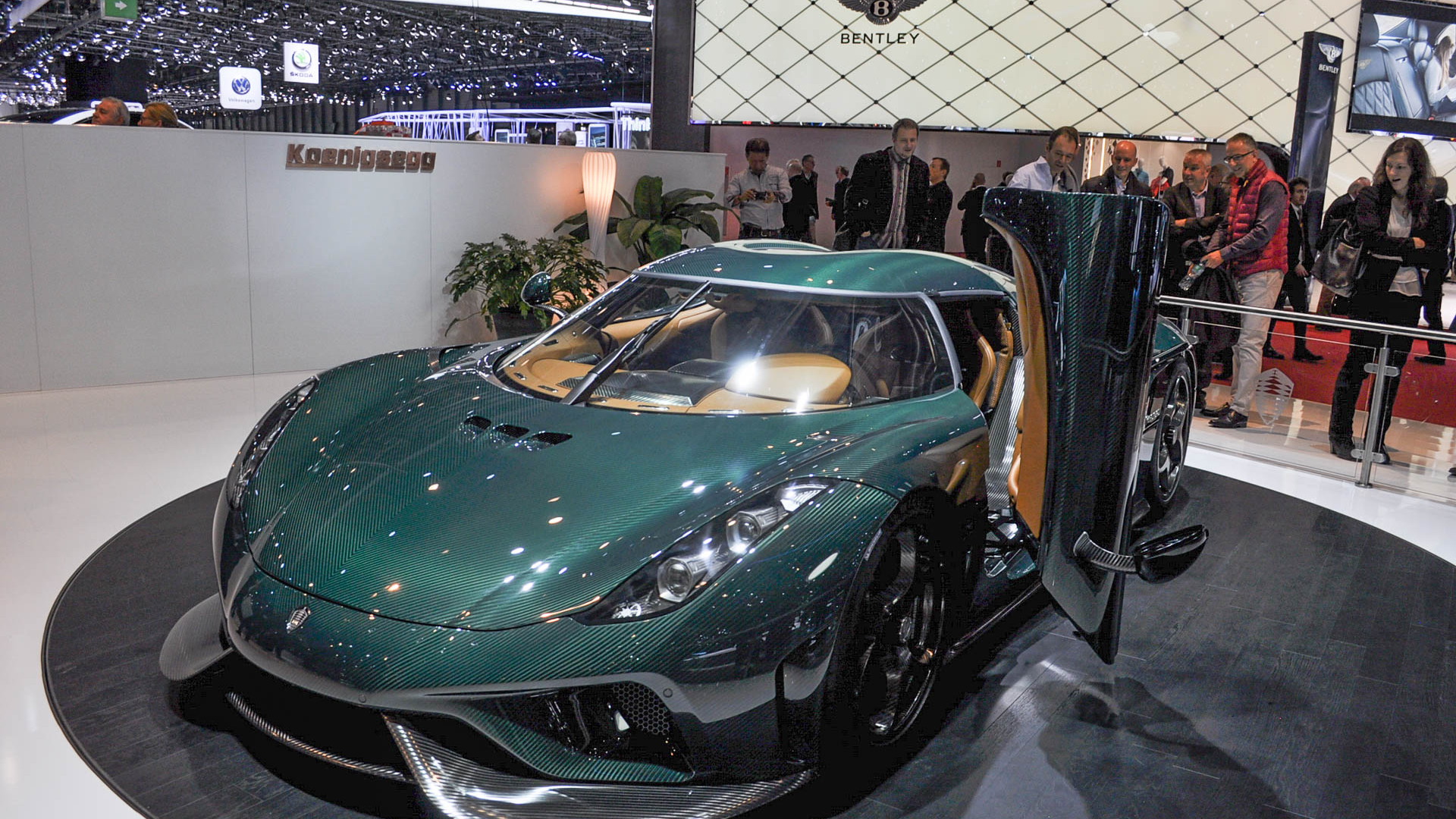 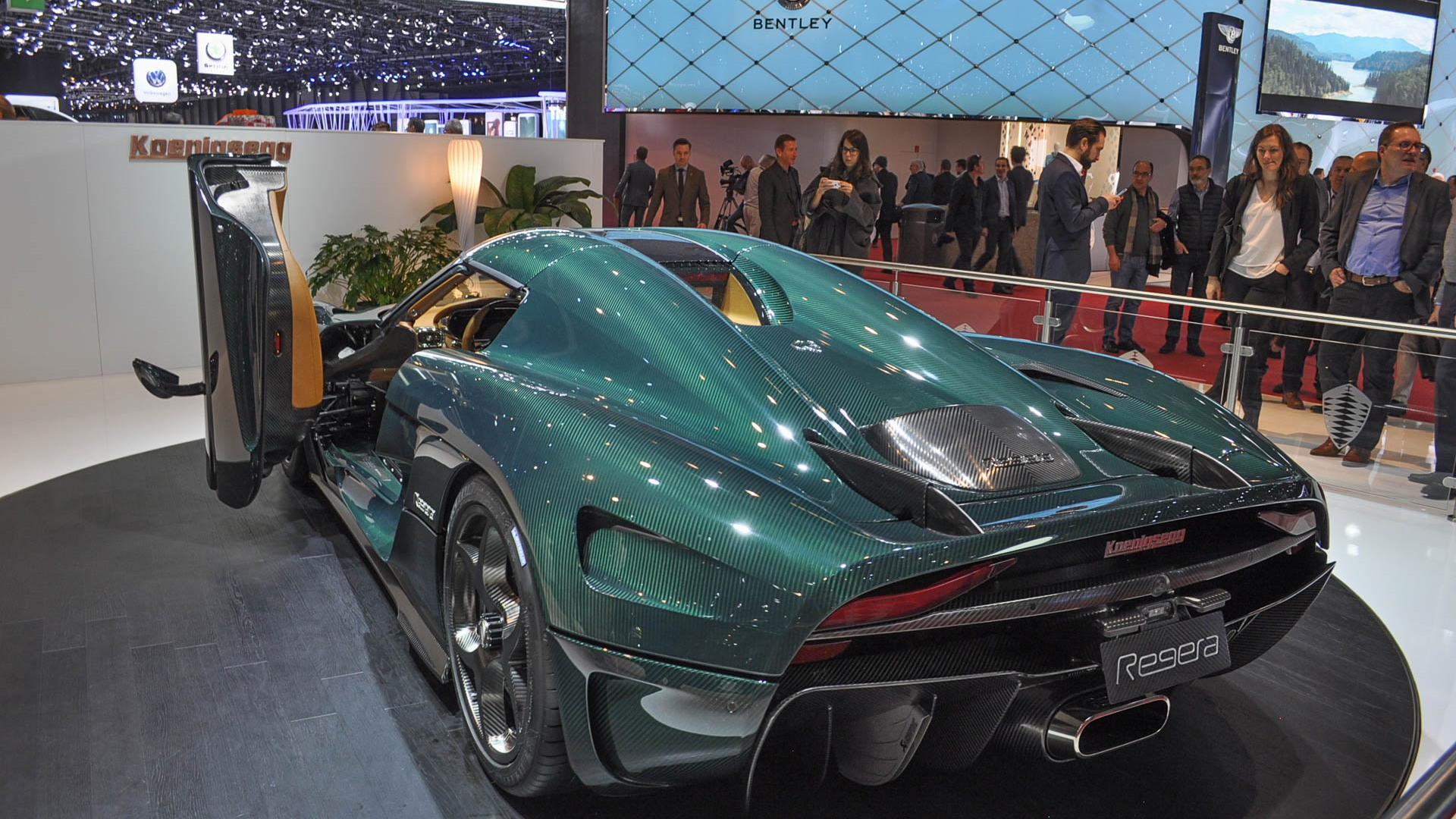 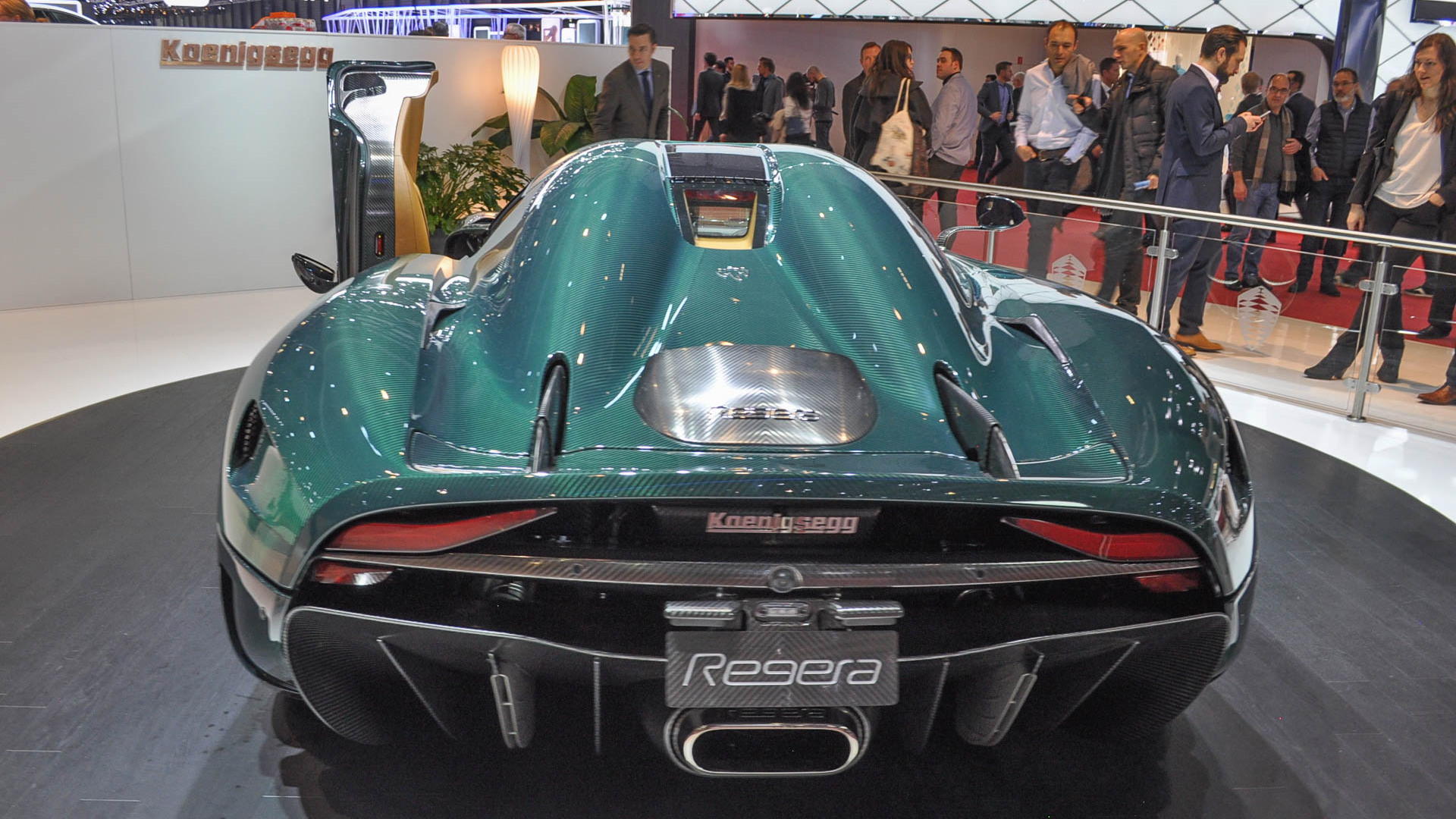 It was at the 2015 Geneva auto show that Koenigsegg first rolled out its Regera and impressed us with the car’s innovative drivetrain. At this year’s show, which kicks off on March 7, the Swedish firm will show off the first two customer examples of the hybrid hypercar.

Car number one is finished in a shade of green reminiscent of the classic British racing green. The paint is actually a tint applied to the clear coat in such a way that it allows the carbon fiber weave of the body panels to remain visible. The interior of the car adopts a beautiful brown hue that contrasts nicely with the exterior. The second Regera features a combination of red and black for both its interior and exterior.

Koenigsegg intends to build 80 Regeras in total, which will make it the highest volume Koenigsegg model to date. The company says only a “handful” of build slots remain. To handle the extra volume, Koenigsegg is in the process of upgrading its plant. The goal is to build 20-25 cars per year when this process is complete, which is about double the current rate.

Unique to the Regera is its drivetrain which is devoid of a conventional multi-gear transmission. Instead, Koenigsegg has developed a system called Direct Drive which connects the car’s twin-turbocharged 5.0-liter V-8 with the wheels via a single-speed reduction gear and hydraulic coupling system.

Once the vehicle has sufficient speed, in this case 30 mph, the coupling system locks up, meaning the wheels spin in direct proportion to engine rpm. Such a design would mean smooth acceleration all the way to the car’s top speed, determined by maximum engine rpm. Below 30 mph, the revs are too low to drive the car so instead an electric drive system is employed. Three electric motors feature: one at each of the rear wheels and another mounted to the engine. The latter serves as the starter motor but can also recover energy as well as aid the engine by providing torque fill at low rpm.

Peak output is 1,500 horsepower, the highest of any production car. This is enough to propel the Regera from 0-186 mph in only 10 seconds. Keep the pedal mashed to the floor and the car is said to be capable of hitting 248 mph less than 10 seconds later.

Also present on Koenigsegg’s stand in Geneva will be an Agera RS. This particular car has been commissioned by American supercar collector Manny Khoshbin and features a clear coat to show off the carbon fiber as well as highlights finished in 24-carat gold leaf.

Khoshbin has ordered the car with the 1,360-hp version of Koenigsegg’s twin-turbocharged 5.0-liter V-8 introduced on the One:1 hypercar. The car's output is up on the standard Agera RS’s 1,160-hp rating.