There's a new McLaren P1 roaming around Southern California, and it's owner has taken to calling it the P1 MK Edition.

When you buy a car like that, you can pretty much call it whatever you want. When you're dealing with McLaren's MSO (McLaren Special Operations), you can also get the exterior finish done in the manner of your choosing. What did owner Manny Khoshbin go with? He's decided to have his P1 done in a color-changing finish that's quite eye catching.

The one-off version of an already limited car was spotted at the Lamborghini of Newport Beach supercar show, which runs on the first Saturday of every month. This is where a crowd of onlookers caught sight of the unique paint work. The craziest part is how it's all done, however, as it seems this is a finish overlay on the naked carbon-fiber bodywork. 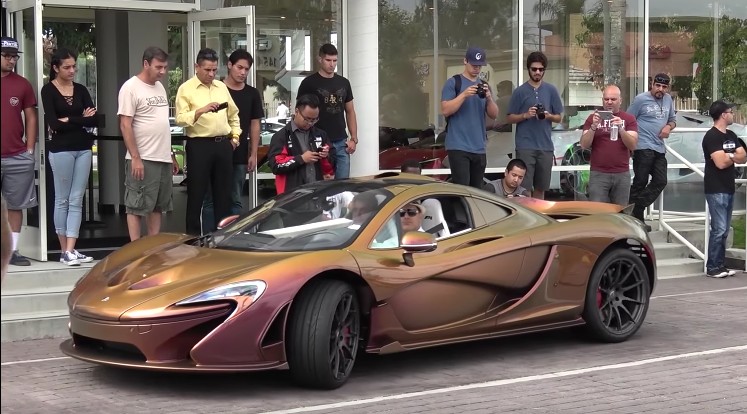 According to the DuPont Registry, the color changing effect doesn't happen because of special paint work. It's the special overlay over the bodywork that plays tricks with your eyes. Additionally, the lower portion of the car appears to have a matte finish while the finish looks glossy on the upper portion.

Color changing paint has been around for awhile, as fans of the Mustang Cobra know. Still, this takes things to a new level as it's not the paint causing all of the unique appearance but how the carbon fiber behaves with the exterior finish. I joke that it's an homage to the 2004 Ford Motor Company [NYSE:F] Mustang Cobra, but in reality this is exactly the sort of wild paint scheme I love to see on supercars and hypercars.

These are flashy machines, so they should have an eye-popping display and this special P1 does just that.