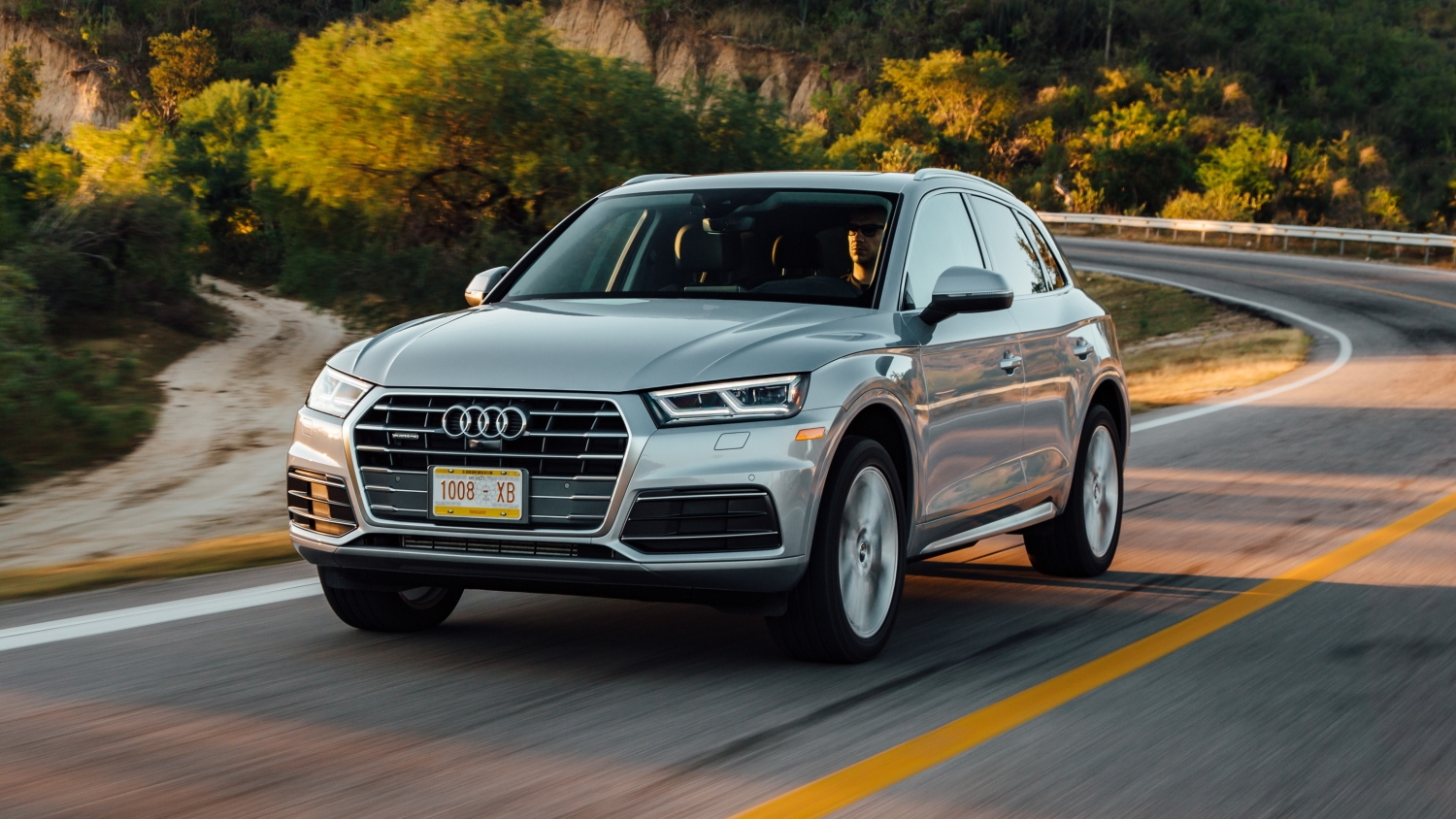 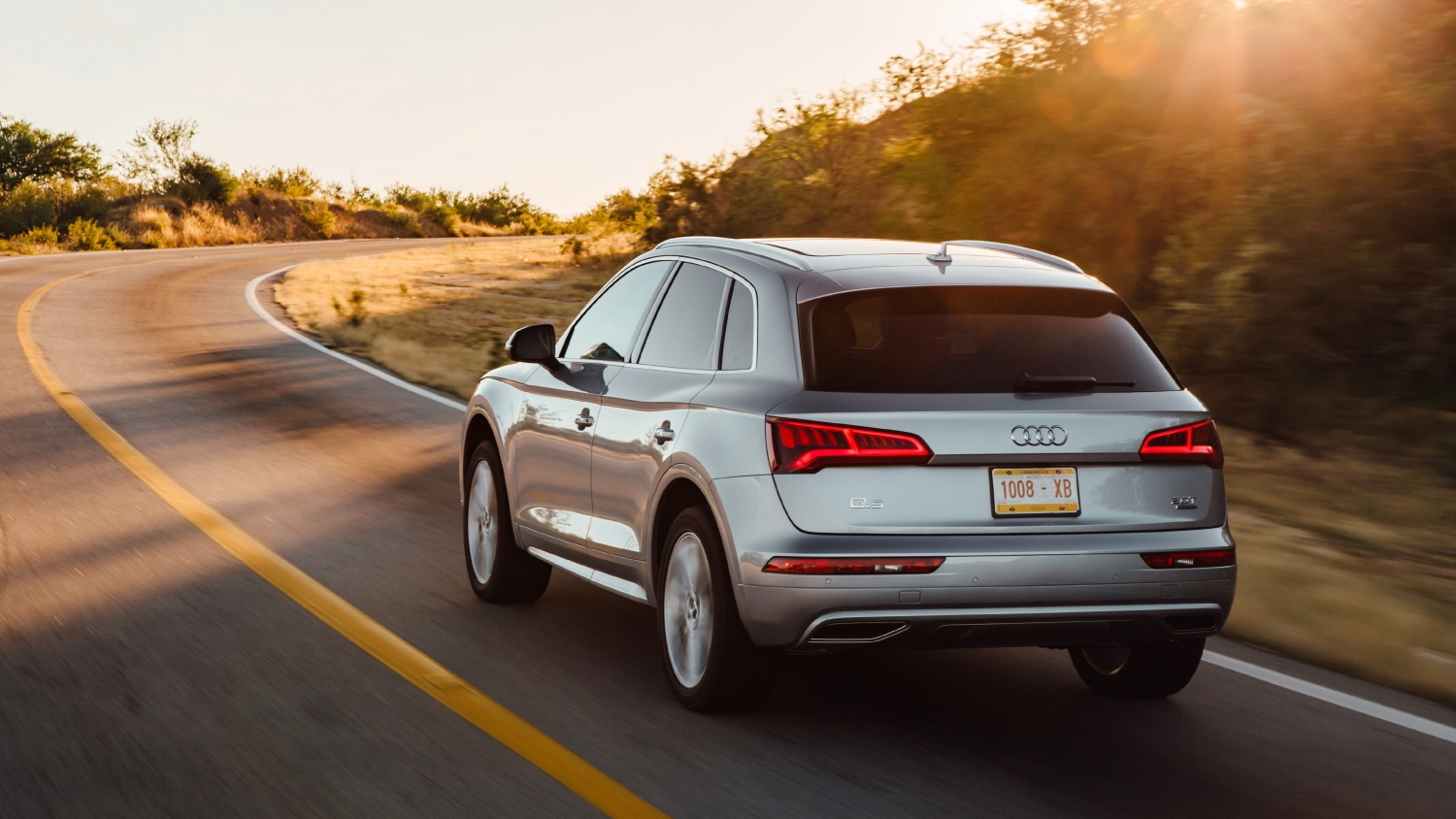 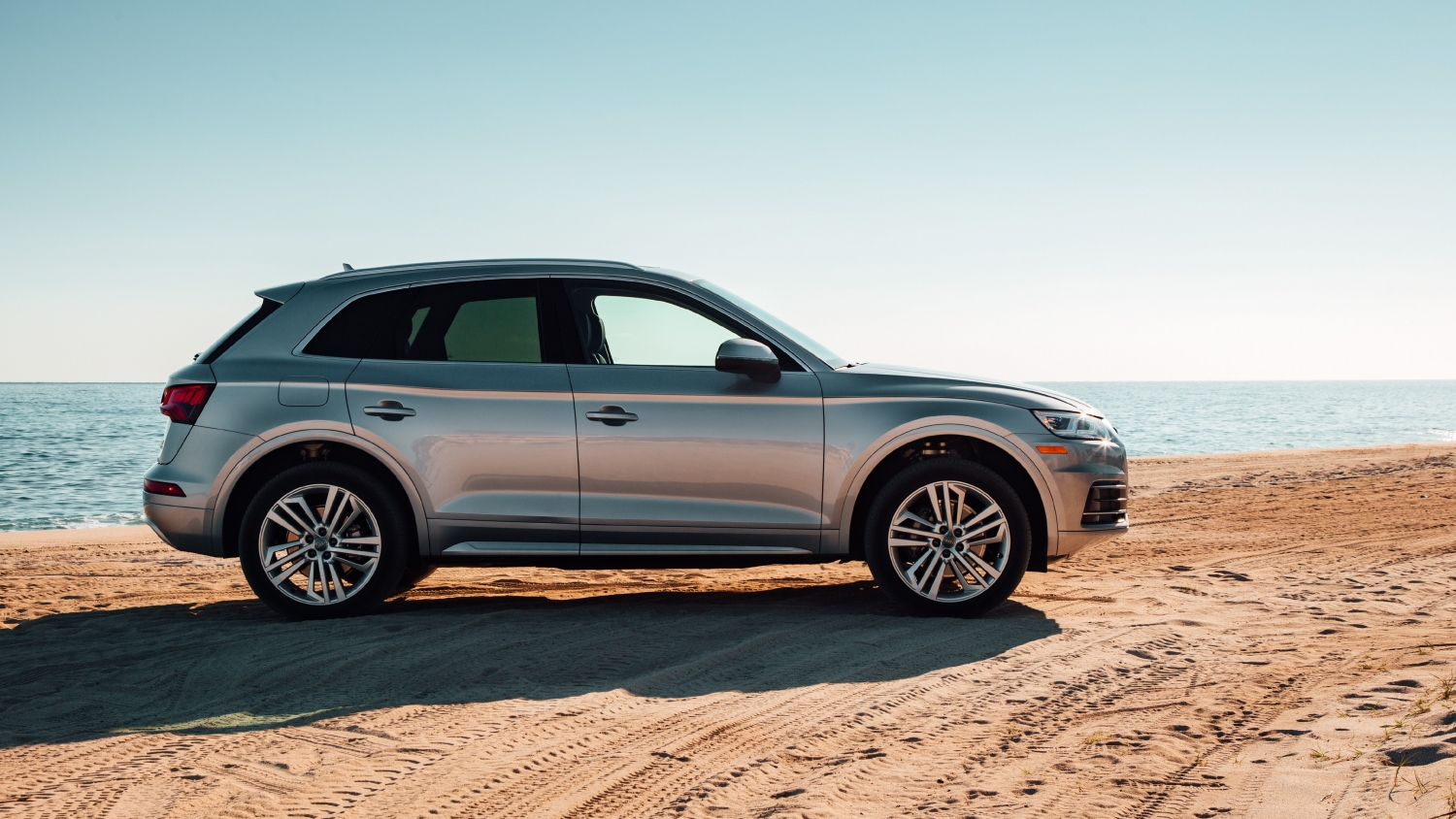 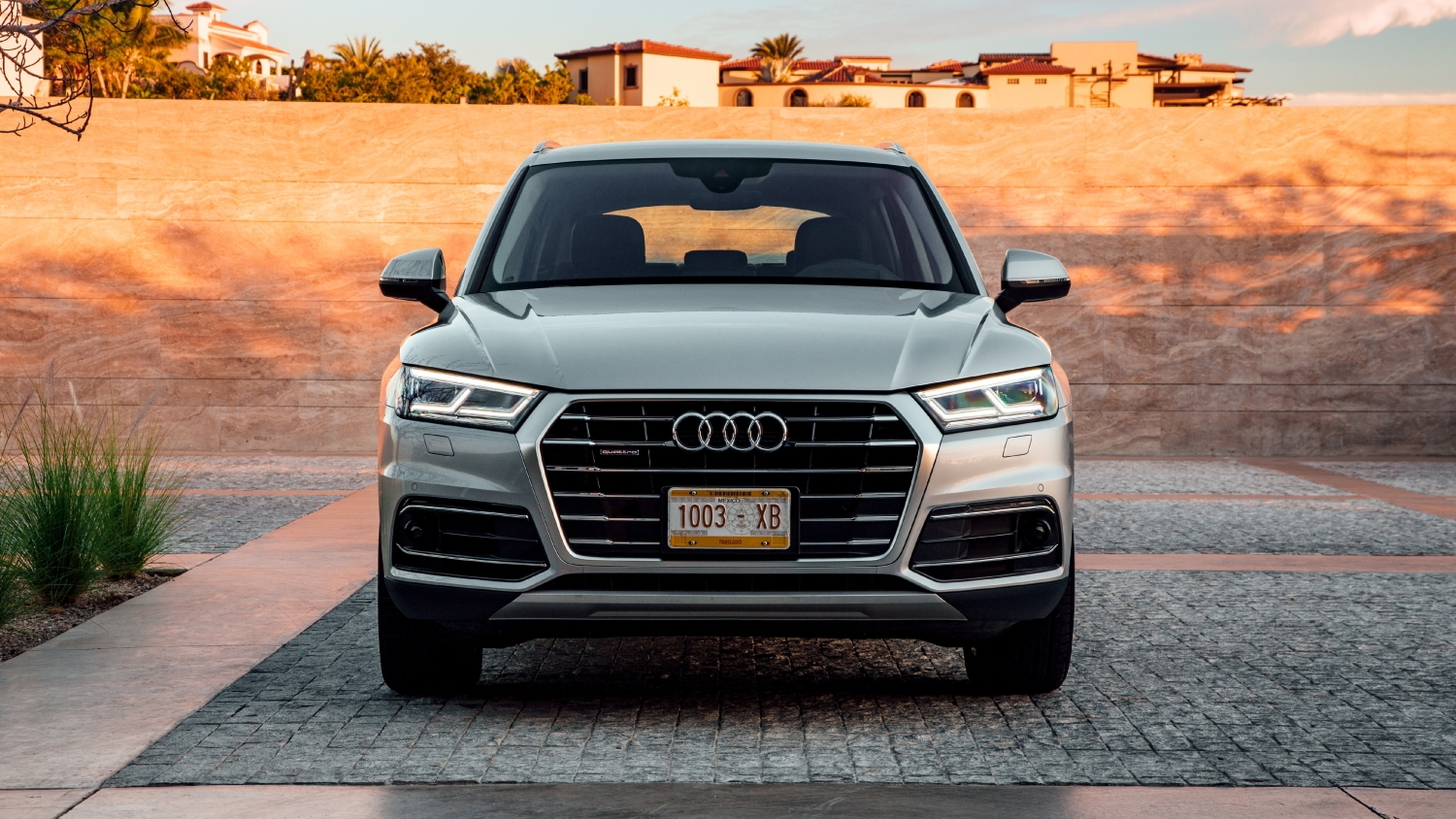 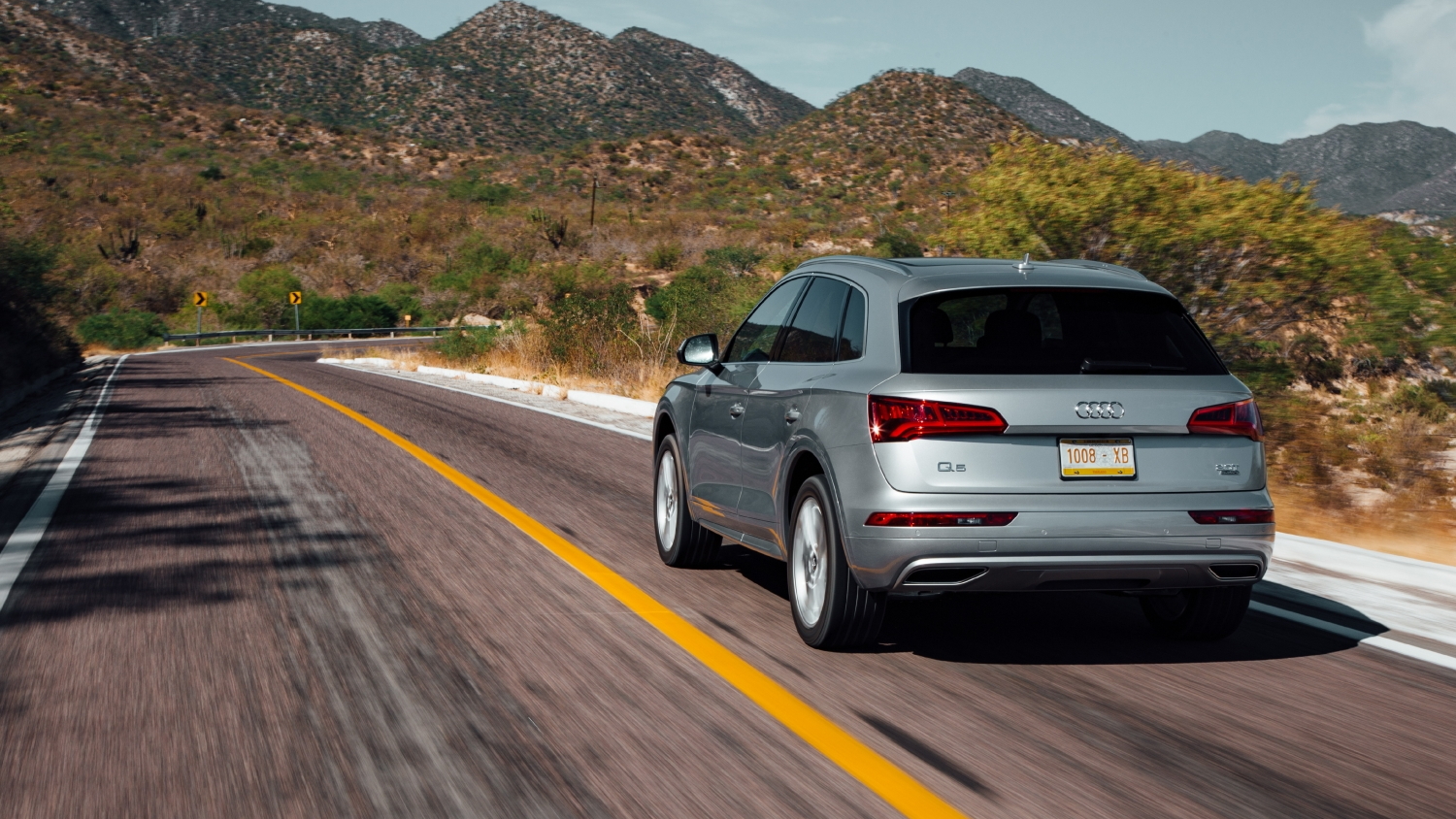 Sometimes, familiarity breeds discontent. Such was not the case with the Audi Q5, however. Though it first hit the market all the way back in 2008, the German automaker resisted updating its compact crossover until now—and that seemed just fine with its audience, which has snapped up around 50,000 annually in the United States, even though it was by far the oldest design in its segment.

Following current Audi convention, the latest Q5 looks rather like a mid-cycle rehash rather than a full redesign, but beneath its slightly more sculpted exterior sits a new platform hiding a host of updated technologies in line with the rest of the automaker’s lineup.

For those who have been following Audi’s progress over the last few years, there will be few surprises. Underhood sits its latest 2.0-liter turbocharged 4-cylinder, rated here at 252 horsepower and 273 pound-feet of torque. It sends power to all four corners via a 7-speed automatic gearbox and a new, far more advanced version of the company’s Quattro all-wheel-drive system.

Audi, of course, is synonymous with all-wheel drive; the brand has become the default upscale option in markets where snow falls regularly. Its new all-wheel-drive system, dubbed Quattro Ultra, automatically disconnects the rear axle when power is only needed up front. When additional traction is required, the system rapidly spins up the driveshaft and, imperceptibly to the driver, shifts up to about three-quarters of available torque rearward. We drove the Q5 on its unlikely home turf in Baja California Sur, Mexico, a few hours as the crow flies from the assembly plant near Puebla where the Q5 is built, and found the system to be silently effective even in soft sand.

That’s right—the Q5 is screwed together in Mexico. It’s the first Audi to be built south of the border, and it becomes one of just a handful of luxury brand vehicles to have ever been sourced from Mexico.

It may look like the outgoing Q5, but the new Q5 is subtly different. It’s just a hair longer, no wider or taller, and it casts essentially the same shadow now as it did before. Like the A4 line with which it is closely related, the Q5 boasts a slightly more sinewy line running down its mid-section, while its Audi-signature front grille has been brought in line with the rest of the company’s lineup.

As much a testament to the old Q5’s relatively timeless design as anything else, the Q5 is attractive and decidedly conservative. If it’s eye-catching style you’re after, you’ll want to bypass the Q5 in favor of the Alfa Romeo Stelvio or the Mercedes-Benz GLC-Class, both of which are far more interesting to look at.

Audi claims a marginal improvement in cabin volume as a result of more efficient interior packaging, but a lower dashboard and thinner roof pillars provide an airier experience inside than the somewhat confining feel delivered by its predecessor. Its front seats are more deeply sculpted than we’ve come to expect from this segment, while the second row allows enough room for two 6-footers to sit behind another pair of 6-footers in comfort. Only a pair of tiny, can-sized cupholders in the center console detract from a rear seat that can now move a few inches fore and aft at the lift of an under-cushion lever.

Our road time was behind the wheel of the range-topping Prestige trim level, which was nicely outfitted with everything you’d expect at a price point somewhere in the mid-$50,000 range (pricing hasn’t been announced). Nicely grained leather is standard across the line, while our tester added in goodies like Bang & Olufsen speakers, glossy wood trim, heated front and rear seats, air conditioned seats up front, and enough tech upgrades to merit their own sub-headline…

…and here it is. For starters, Audi’s brilliant Virtual Cockpit has become available in the Q5, replacing conventional analog gauges with a multi-configurable LCD screen in the instrument cluster. The system works here as it does across the rest of the company’s lineup via some convenient steering wheel-mounted switches. From the information (near) overload of a high-resolution Google Earth map on one end of the spectrum to digitally rendered analog-esque gauges on the other, it offers something for just about everyone at the press of a switch.

High on the Q5’s dashboard, which could have been plucked directly from the company’s A4, sits a display operated via what looks like a laptop touchpad integrated into the center console. Though menu-intensive, the automaker’s infotainment system requires a relatively limited acclimation period compared to some rivals and it’s aided by a terrific touchpad that allows users to spell out commands with their fingers.

Naturally, a full complement of safety tech nudging toward autonomous driving will be available when the Q5 arrives next spring. Audi hasn’t yet detailed the Q5’s packaging, but items like adaptive cruise control that can bring the vehicle to a halt and start it up again in traffic will be on the options list, as will a system that can steer the crossover on its own without any driver input for limited periods. It’s all trickle-down tech from the company’s larger vehicles like the Q7, but it’s overdue on the Q5.

But we traveled all the way to the southernmost tip of Baja California to drive the Q5 ourselves, not to have it automatically motor along Mexico’s delightfully smooth Highway 1 on its own.

For now, all American Q5s utilize the 4-cylinder seen, more or less, in everything from the Volkswagen GTI up to the Audi Q7. Tasked with moving about 4,000 pounds of Q5 (its weight is about the same as last year), the 2.0 feels more than up to the job. What most impresses us most is how little engine, road, or wind noise makes its way into the serene cabin.

Turn up the wick and the Q5 remains poised through corners, but its steering is light and delivers limited feedback. It’s clear from the first curve that this is not a corner carver, though its handling is safe, confidence-inspiring, and about what buyers in this segment have come to expect. Available adaptive dampers do little to tighten up the car’s dynamics significantly, though even left in their firmest mode with the available 20-inch wheels, they silently isolated the outside world’s imperfections. The Q5 won’t offer an air suspension, at least not until the sportier SQ5 comes online in a year or so, but it’s not something we really missed on the standard model.

As enthusiasts, we’re eager to see Audi make the most of this especially stiff platform with a follow-up to the frisky SQ5. Yet for a someone interested in quiet, effortless driving, they’ll find a giant leap forward with the latest Q5.