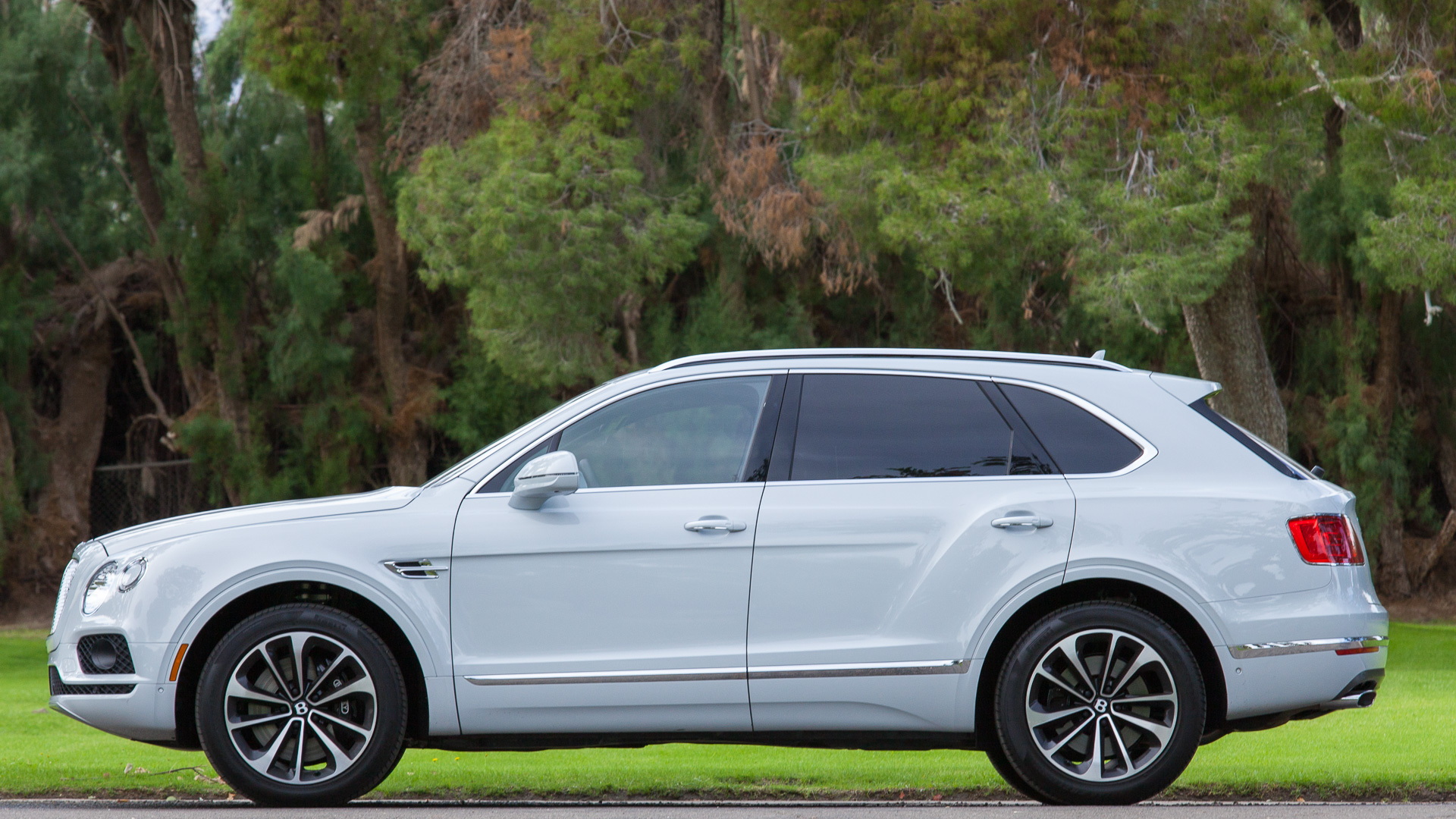 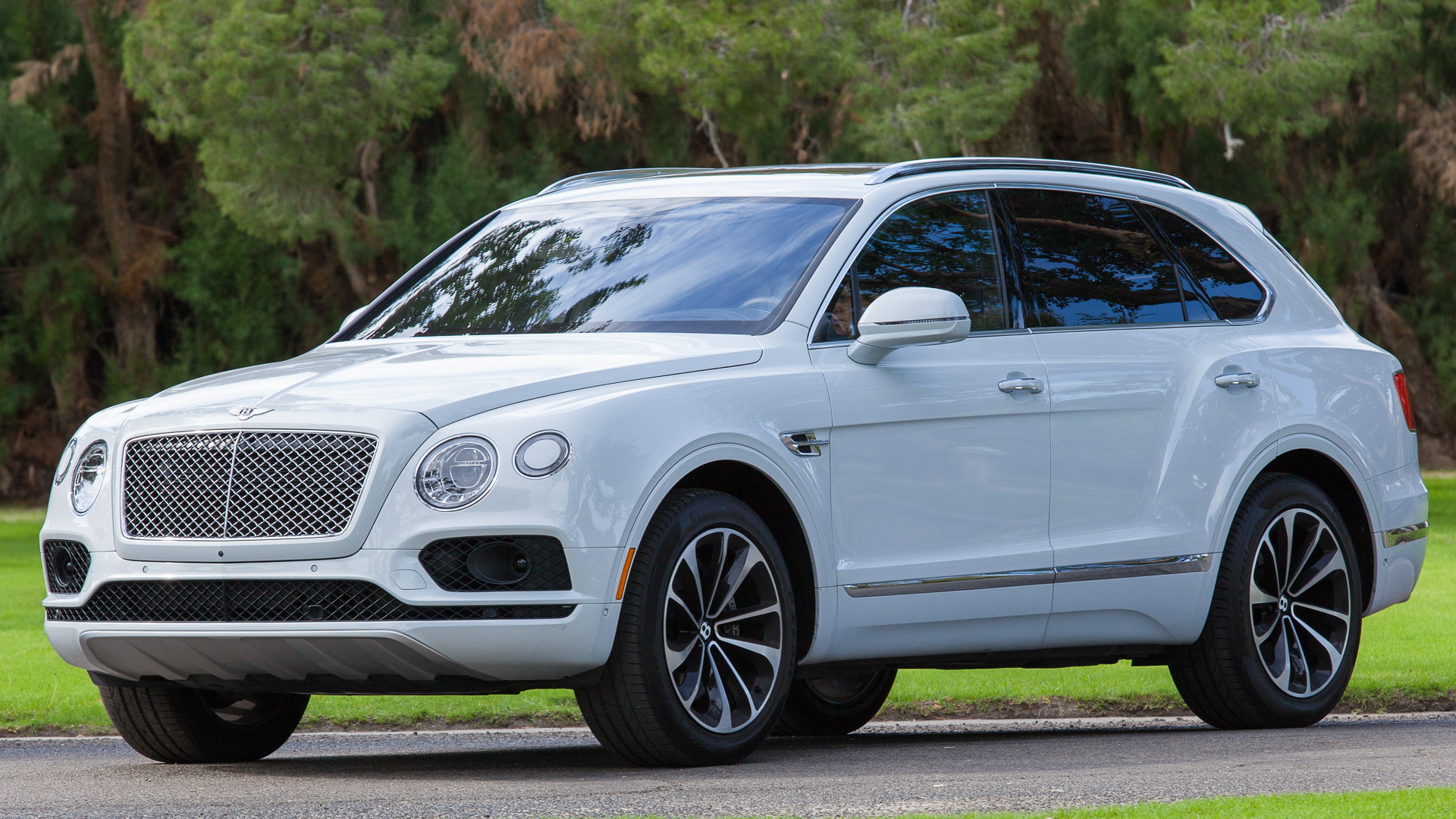 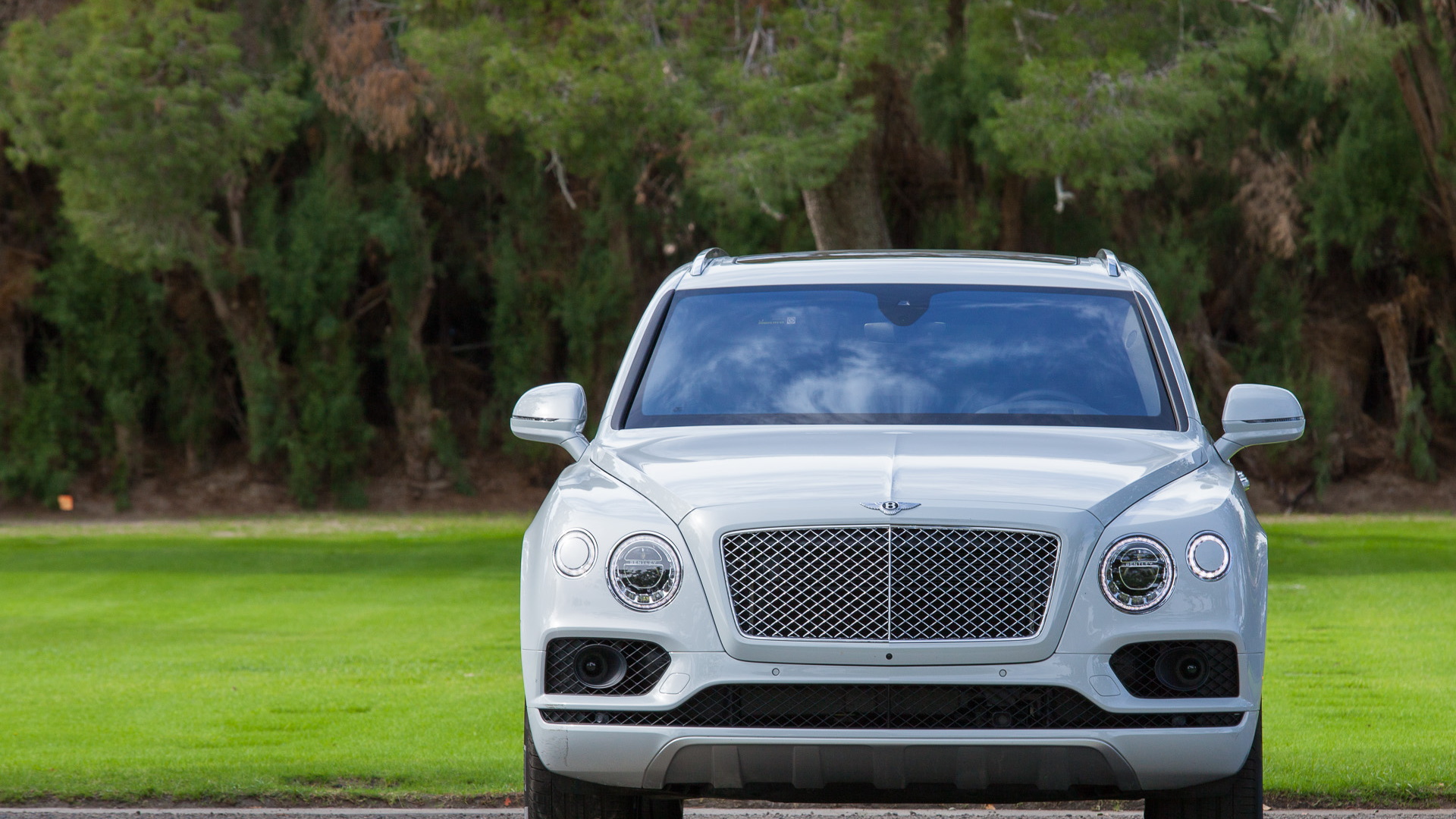 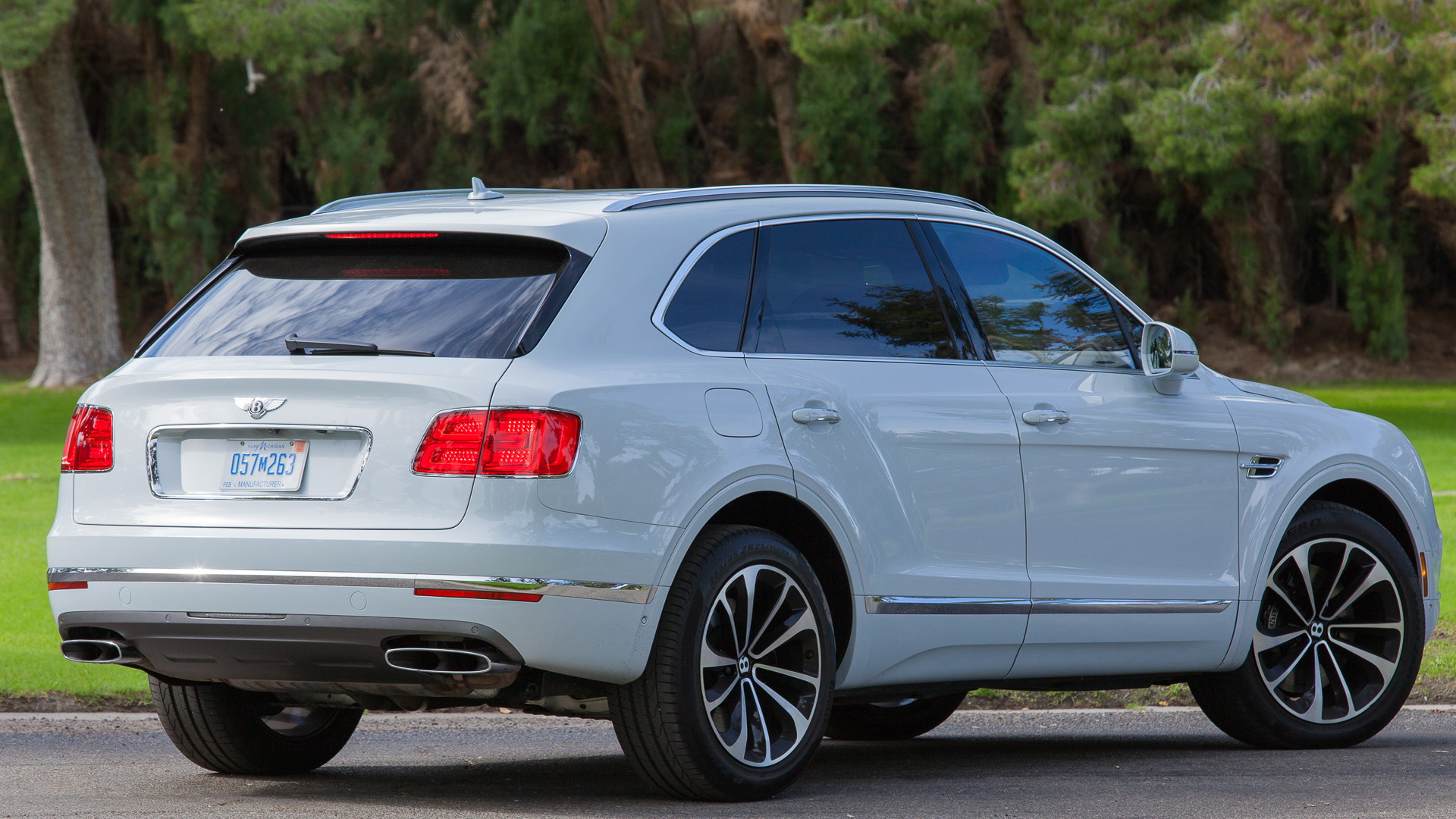 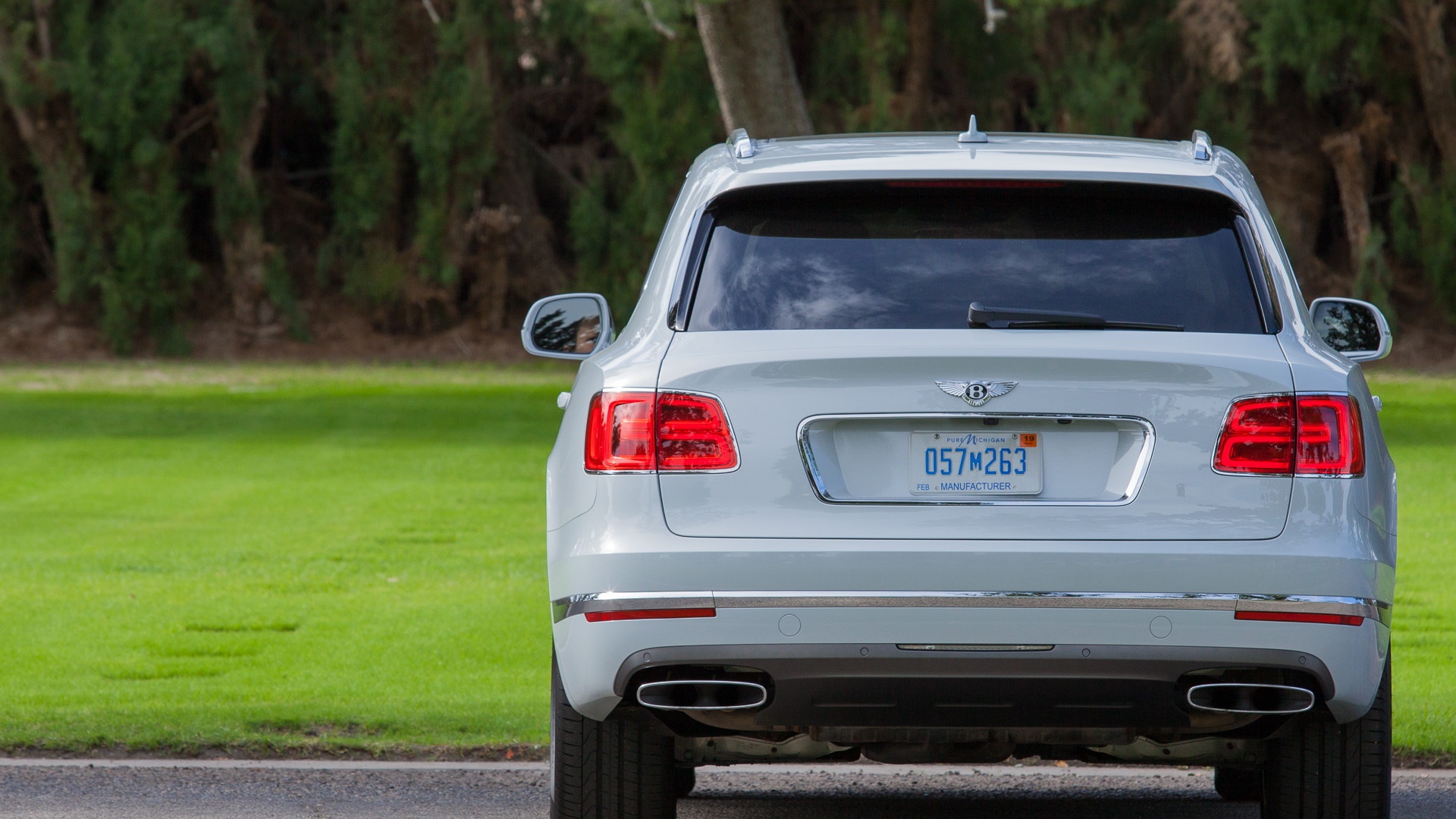 Even among big SUVs, it's the little things that make all the differences. One-touch windows, real radio knobs. Yeah, that's the good stuff.

This machine? Its little things are a lot different. How about a custom-made picnic basket, 115 paint colors, and a $170,000 watch stuck in the dash?

Sounds like it's time for a road test of the 2017 Bentley Bentayga.

MORE: Read our first drive review of the 2017 Bentley Bentayga

First—if you must—the Bentayga starts at $229,000 for the privilege. Such money may seem like lunacy, but the big Bentley isn't alone: There's a Range Rover for nearly that much; Porsche, Rolls-Royce, and others aren't far behind.

Second, no two Bentleys should ever be alike with what's possible here.

You want details? There are 115 available factory exterior colors. 10 wheel combinations. 24 swatches to choose from when selecting the hides. 2 stitch combinations. 7 wood veneers.

Should we keep going?

The point is that the Bentley Bentayga is built to feel special and it does. It's unlike anything we've seen for a while and a pinnacle for the luxury brand. And we haven't even covered the $170,000 Mulliner Torbillon clock.

The body side is the single largest piece of aluminum stamping in the car business. Hand crafting one of these behemoths takes 130 hours—up to 6 times longer than a normal car. The panoramic roof is an acre and a half of glass. The carefully crafted hand-stitched seams wouldn't be out of place in a Savile Row tailor.

But this suit is meant to haul class too.

Some things, like what's under the hood, should be familiar.

Bentley's all-new twin-turbocharged W-12 engine powers the Bentayga. It makes 600 horsepower and 663 pound-feet of torque and hustles the beast up to 60 mph in 4 seconds flat. There are a few firsts here worth noting too. A super-fast anti-roll bar controls body roll to keep the Bentayga from sloshing your Veuve Clicquot around in the back. Three modes: Comfort, Bentley, and Sport dictate the overall driving dynamic, setting things like active dampers and throttle response.

The combination of those elements is disarming at first.

The Bentayga lacks body roll to the point of absurdity, but the heaving and diving vertical motions of fast acceleration and hard braking would be enough to turn any iron stomach. It's best when the Bentley is driven at a more relaxed, civilized pace—on or off road.

The Bentley is capable of towing more than 7,500 pounds and can reasonably attempt some off roading maneuvers—if that's what you're looking for.

But we should be real: Bentleys perform off-road less often elephants appear at the Bolshoi.

The Bentayga's ability to tow 7,500 pounds may not be used all that often, and the ability to pull 1.1 g in a corner on top of tires wider than my torso, who cares?

The real questions are: How extravagant are the folding tables? How soft are the hides? How quiet is the interior? And how sublime is the audio system?

The answers are: Very. But not as much as a Bentley Mulsanne.

And that brings us to the realization we discovered while driving the Bentley.

We know the Bentayga is closer on the family tree to the Continental than it is to the Mulsanne.

That won't matter for many buyers, because all it needs to be is a Bentley. But like the Continental, we can't wait to see what the Speed will be soon.