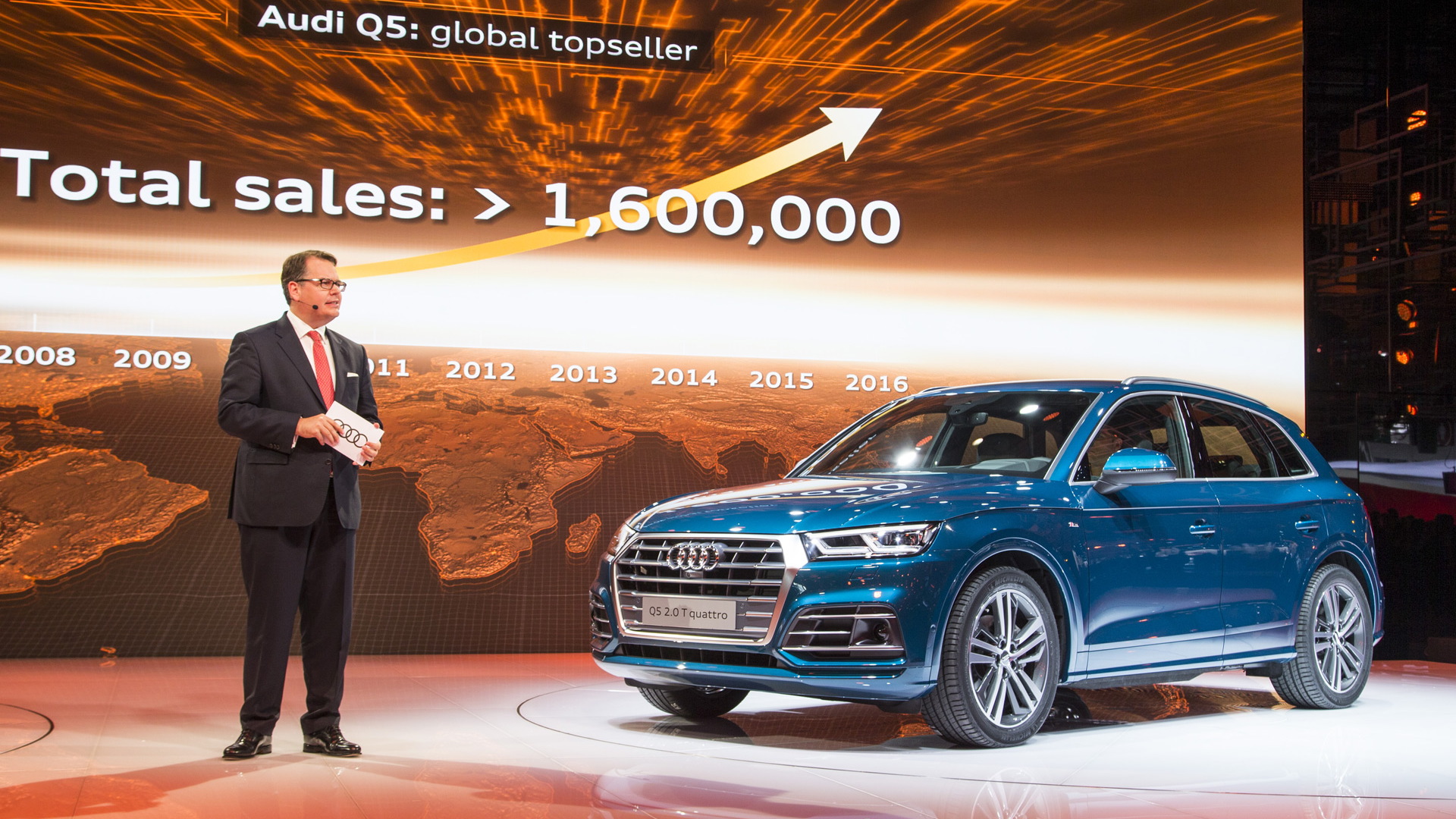 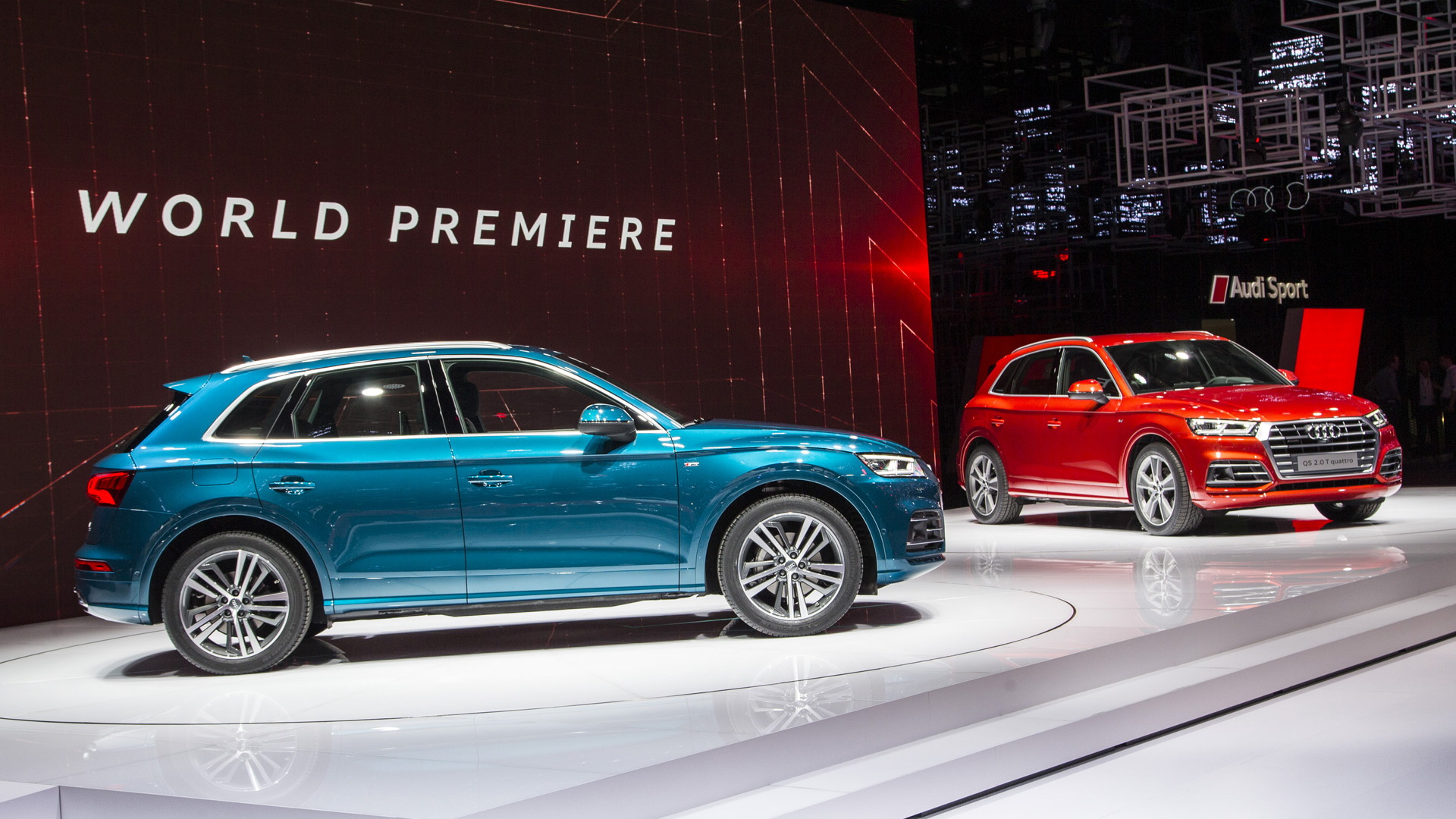 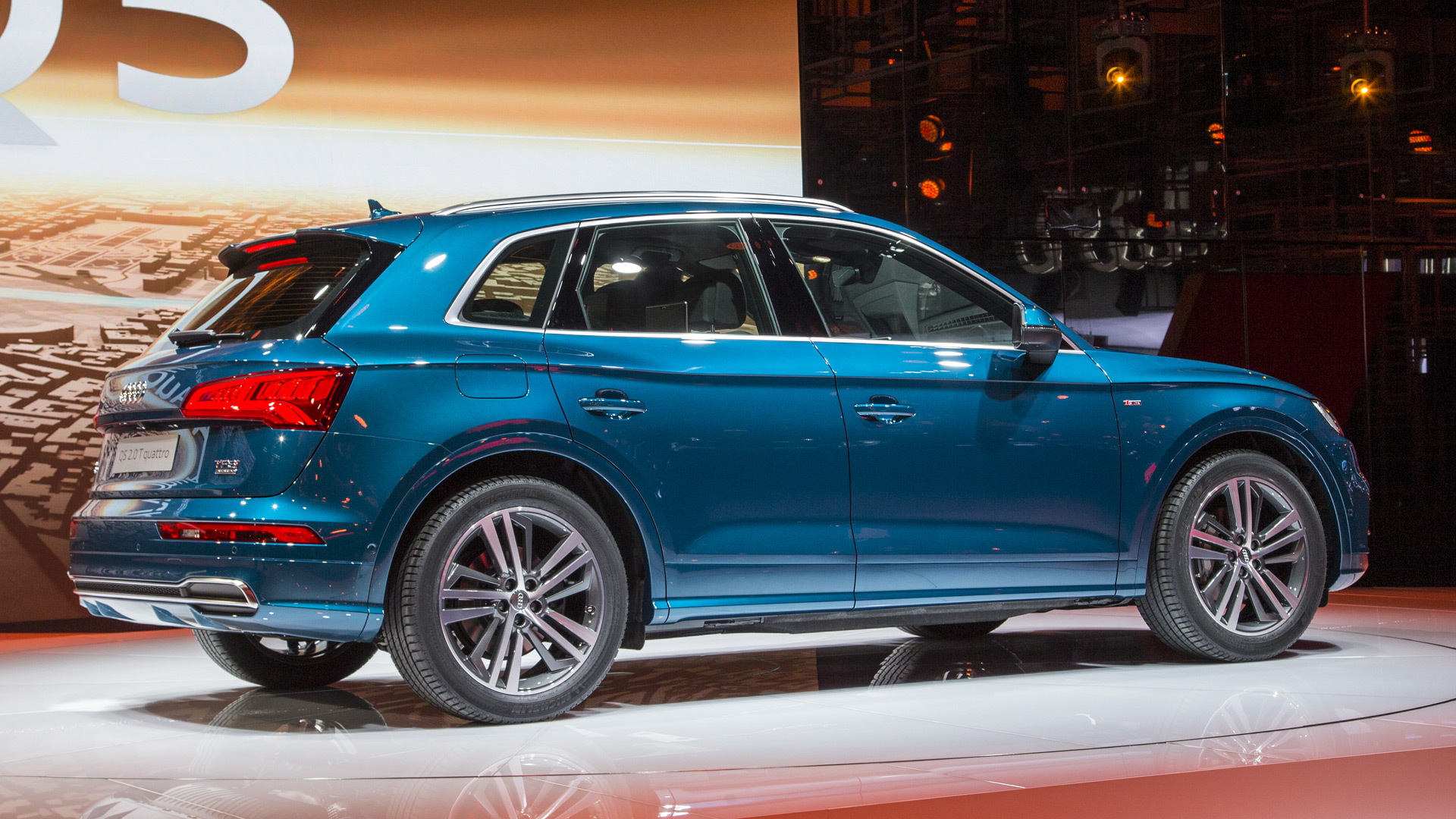 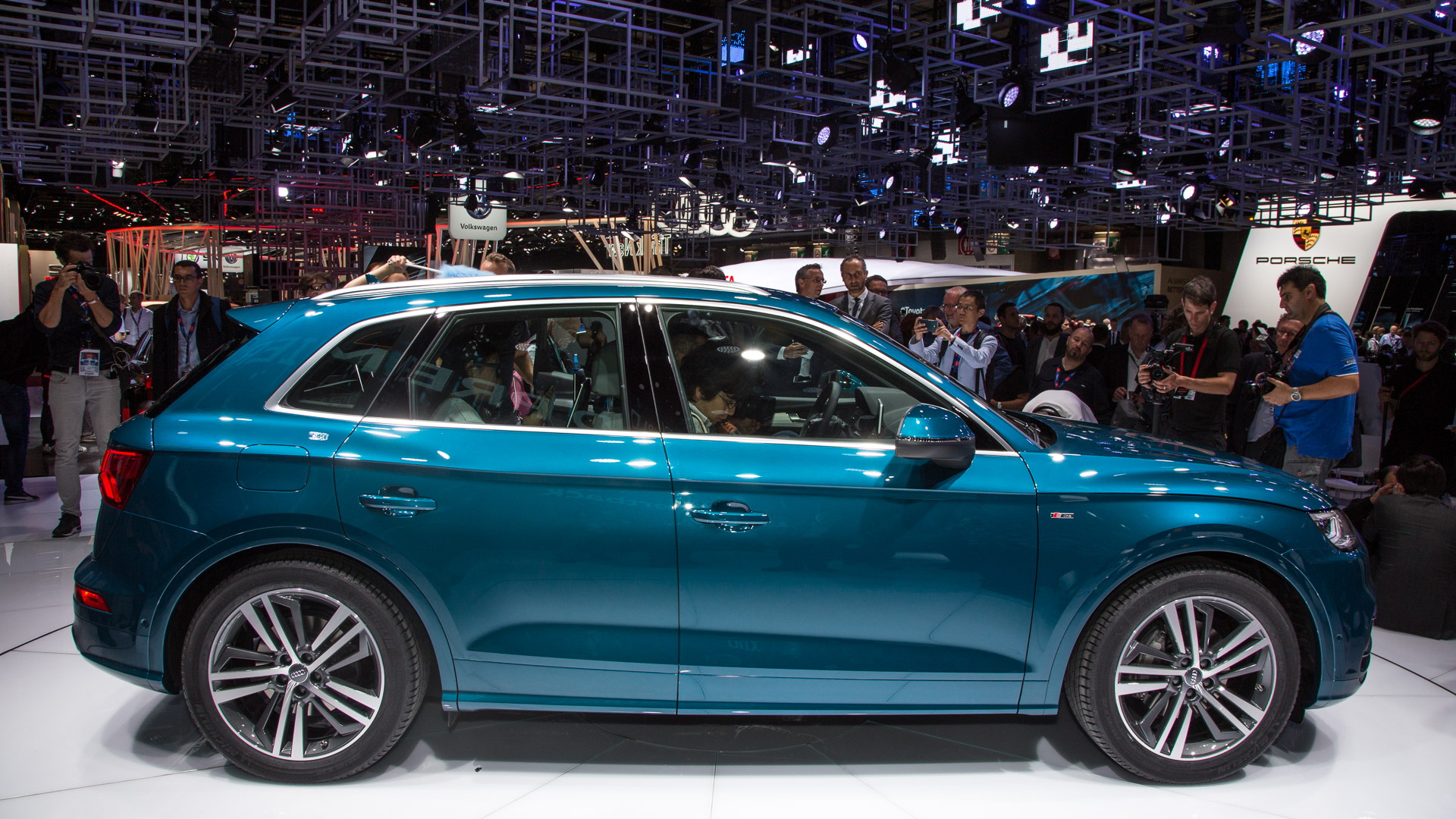 A redesigned Audi Q5 made its debut on Thursday at the 2016 Paris auto show, one that’s lighter, more dynamic and more fuel-efficient that the model it replaces.

The vehicle features a design inspired by the larger Q7 and with its sculpted lines and bold grille appears much more masculine than the predecessor model.

Specifications are yet to be announced for the United States but we can expect the base powertrain to be a turbocharged 2.0-liter inline-4. A diesel is looking unlikely given the Volkswagen Group's ongoing diesel woes but we could see Audi offer a Q5 Hybrid this time around.

At the Paris debut, Audi unveiled several models, one of which is a Q5 Hybrid. It pairs a turbocharged 2.0-liter inline-4 with an electric motor integrated with an 8-speed automatic transmission. Together they produce approximately 245 horsepower and 354 pound-feet of torque.

We’re expecting a gasoline-powered SQ5 to be launched soon, and even an RS Q5 at some point.

The interior is laid out in the typical Audi style. A driving mode selector lets you change a number of dynamic settings while for the infotainment there is a display screen mounted on the dash. Electronic driving aids include adaptive cruised control as well as blind spot monitoring and lane keep assist.

The Q5 goes on sale in Europe shortly after its Paris debut. Sales in the U.S. are expected to commence around April, 2017. Q5s sold here will be sourced from a new plant in Mexico.

For more from the Paris Auto Show, head to our dedicated hub.