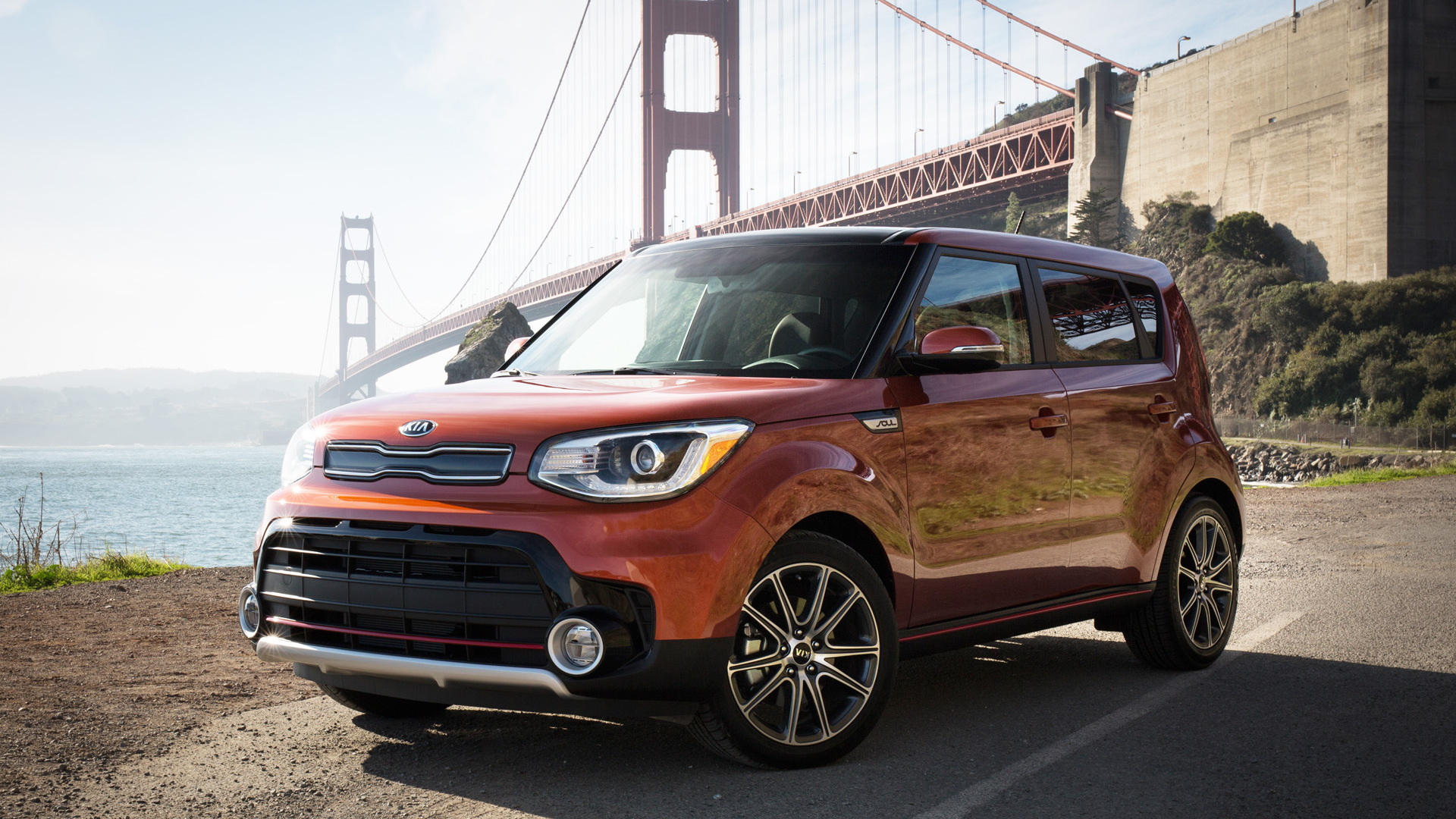 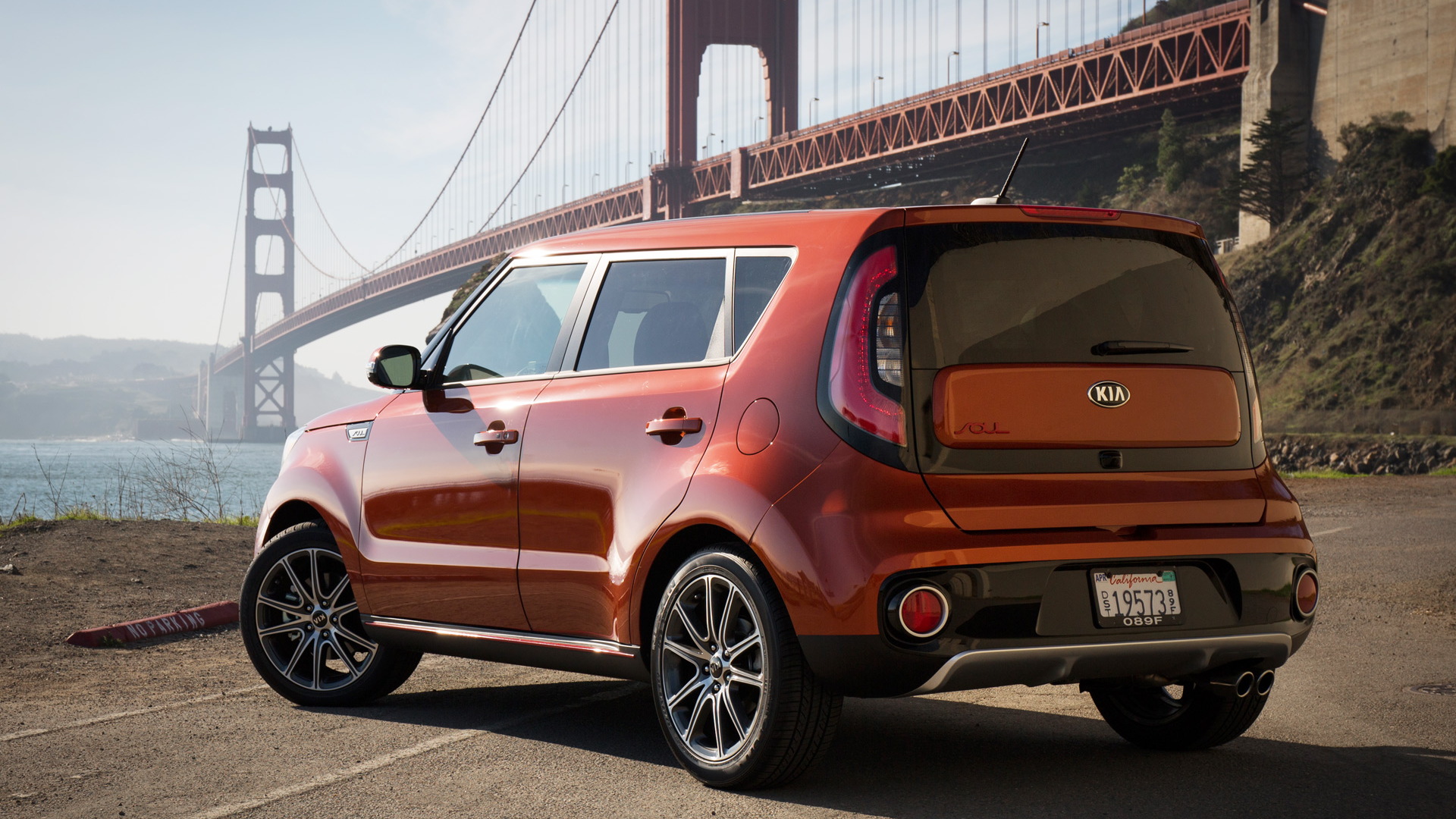 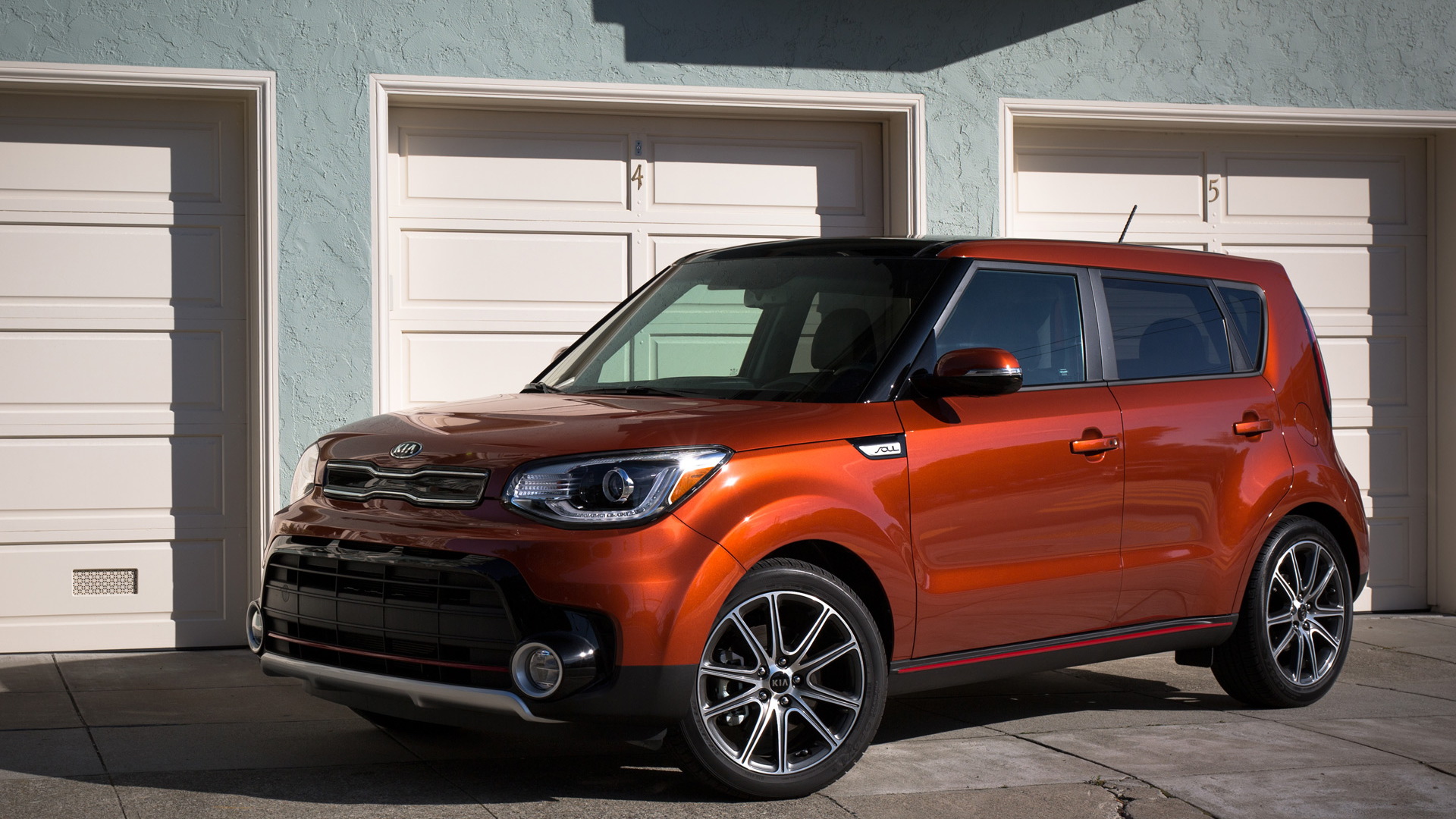 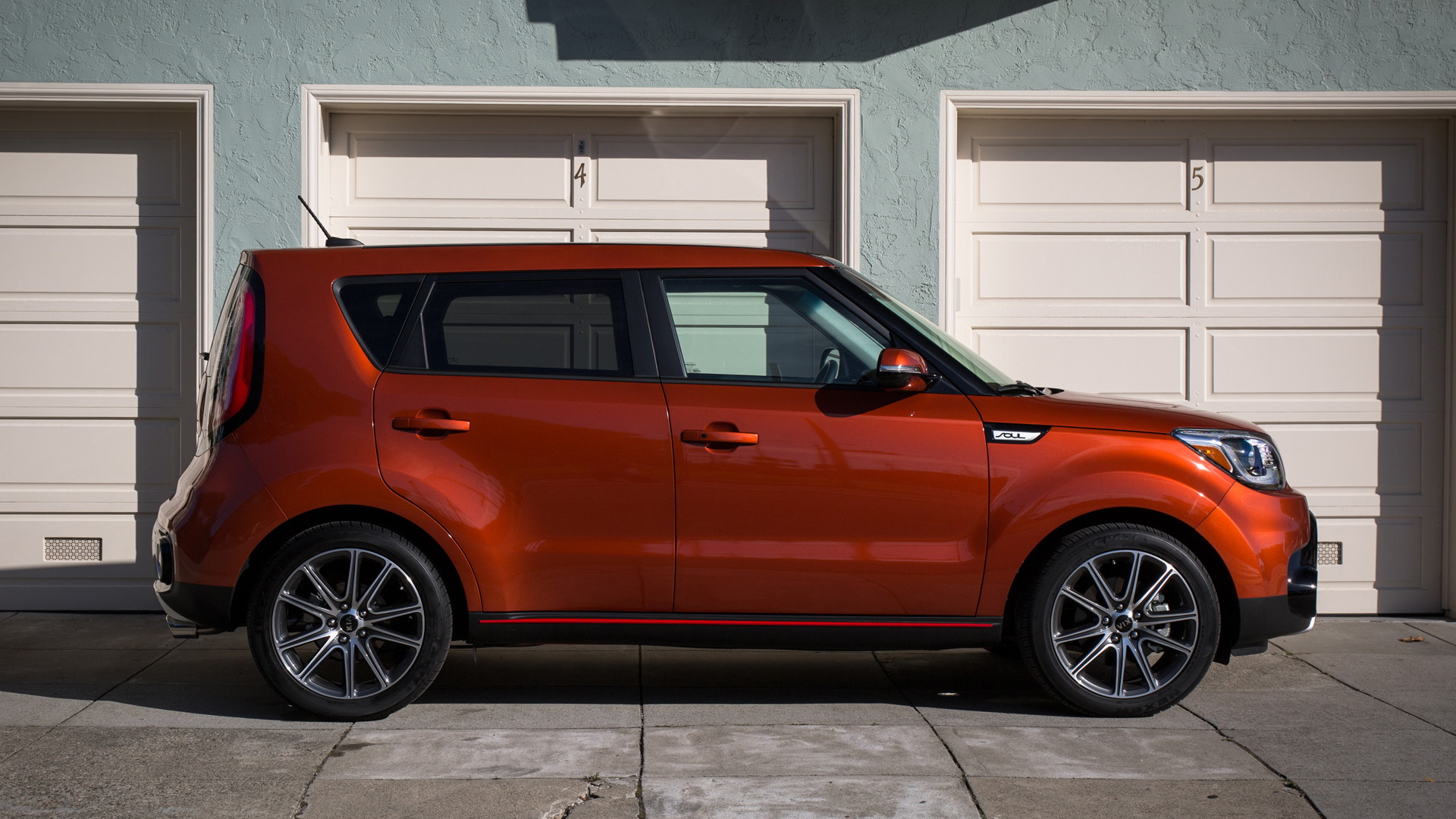 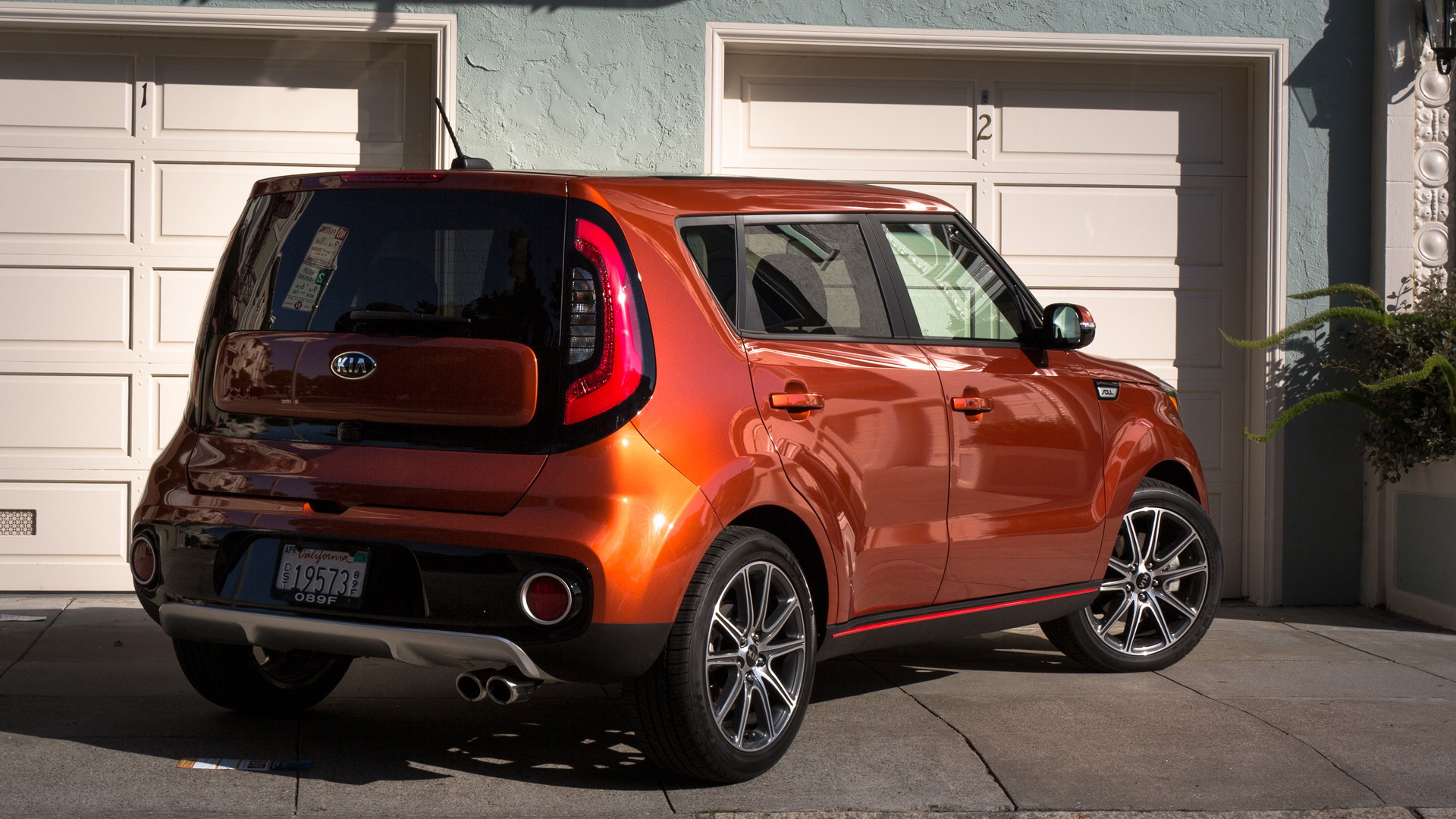 The Soul hatchback has been very, very good to Kia.

Where some car companies believe in their most expensive products to exemplify their respective brand identities, Kia has turned to the chance popularity of its compact hatchback to embody the image of a brand in transition.

The way Kia explains it, the Soul was a gamble—at a moment when small, boxy hatchbacks/crossovers were first in demand—that has paid dividends for the way people look at the brand. Several hundred thousand units and well into its second generation, Kia is letting the almost-premium Soul speak for itself.

Lest the Soul become tired midway through its life cycle, Kia has implanted a 201-horsepower turbocharged 1.6-liter turbocharged inline-4 into its poky hatch, reinvigorating it in a meaningful way. A 7-speed dual-clutch automatic transmission routes all the power to the front wheels.

If that combination sounds familiar, that’s because it’s also offered in the recently tested 2017 Hyundai Elantra Sport, as well as other Hyundai and Kia products. Yes, the turbocharged Soul sports a distinct, lower grille housing that you’ll immediately recognize, as well as revised headlamps, more USB ports inside, and subtle cosmetic alterations, but this powertrain is the most significant upgrade.

The good news is that the addition of the 1.6-liter turbo enhances everything we already enjoy about driving the Soul, and addresses two of our sticking points: a “hunting” automatic transmission, and “lackluster” fuel economy. The 7-speed dual-clutch transmission is refined and shifts quickly and smoothly, with minimal lurch from a standstill. Only the steepest uphill slopes of San Francisco enabled the Soul’s tendency to roll back a bit without serious pressure on the gas pedal.

And this more powerful Soul is actually less thirsty than its siblings, returning 26 mpg city and 31 highway. Considering the Soul’s upright, wind tunnel-challenged shape, that’s an impressive—and repeatable, as we found out over 100 miles of highway driving—return.

Our only remaining gripe? Engine noise at and above 4,000 rpm is still harsh and unrefined, sounding something between a vacuum cleaner and a hair dryer. The VTEC effect, this is not. Some polish, however, is all that separates the Soul’s new powertrain from overwhelmingly winning us over.

It doesn’t take a long road trip to discover that this engine/transmission combination is what should be standard equipment in all Soul hatchbacks. We tested the turbocharged Soul on the surface streets of San Francisco and the switchback roads of northern California, and have only positive impressions to report about the way it handles.

Its steering feel ranks high among the sharpest and most lively in the field of small hatchbacks, with quick response and weight without numbness. Further, thanks to smart gearing—short in lower gears and tall in cruising gears—the turbocharged Soul neither struggles to merge onto highways nor whirrs on the interstate. The Soul’s economy car roots show through only in its ride quality, which stands to improve over expansion joints, speed humps, and bumps in the road. Selectable “drive modes” exist to tighten steering in Sport and retard performance in Eco, but otherwise have little effect on the Soul’s character.

Stomping on the throttle at a stoplight results in noticeable torque steer, proving that extra horsepower for its own sake does not instantly create a performance car. Consider the 9-hp-stronger Volkswagen GTI, which features chassis enhancements over the standard Golf, if you’re seeking out a hot hatchback.

But the turbocharged Soul was never intended to be a GTI. Rather, more power under the hood means that the Soul Exclaim (!) can relax a bit, instead of screaming its way through a passing maneuver. The more time you spend with a Soul, the more its driver-focused personality shows through, and the Soul Exclaim (!) leverages an already capable chassis to make it more fun to drive.

Even if you’re not seeking out driving thrills, you might want to give the Soul Exclaim (!) a look. It bucks the convention that econo cars should deliver to a price point, with expensive-feeling interior trim covering a classy space. The Exclaim (!) trim level hardly connotes luxury, but the best-appointed Soul definitely feels expensive inside.

Its optional navigation interface is second-to-none in responsiveness and functionality, if a bit behind in map interface. Orange accent stitching on the steering wheel, headrests, and shifter boot, is a premium touch. The Exclaim (!) is the first and only Soul to be offered with an available Harman Kardon sound system, which offers surprisingly crisp sound quality. This Soul is no different in size than its brethren, sharing its 24.2-cubic foot luggage area with the seats up, and over 60 cubes with the seats down.

Fully loaded, with a panoramic sunroof ($1,000), the aforementioned infotainment system and tech-focused safety equipment ($3,000) and at around $28K, the priciest Soul is nearly twice as expensive as the base model, presenting a paradox in value for money. To wit, within Kia’s own lineup, the larger Optima sedan is available with the same powertrain for about $25,000. The smart move, and the best overall package, would be if Kia ditched the other two engine options and made the 1.6 turbo standard across the line.

For now, if you’re looking for a small crossover packing a bigger-than-expected punch, consider the Soul Exclaim (!) the fastest and most efficient iteration of a reliable favorite.