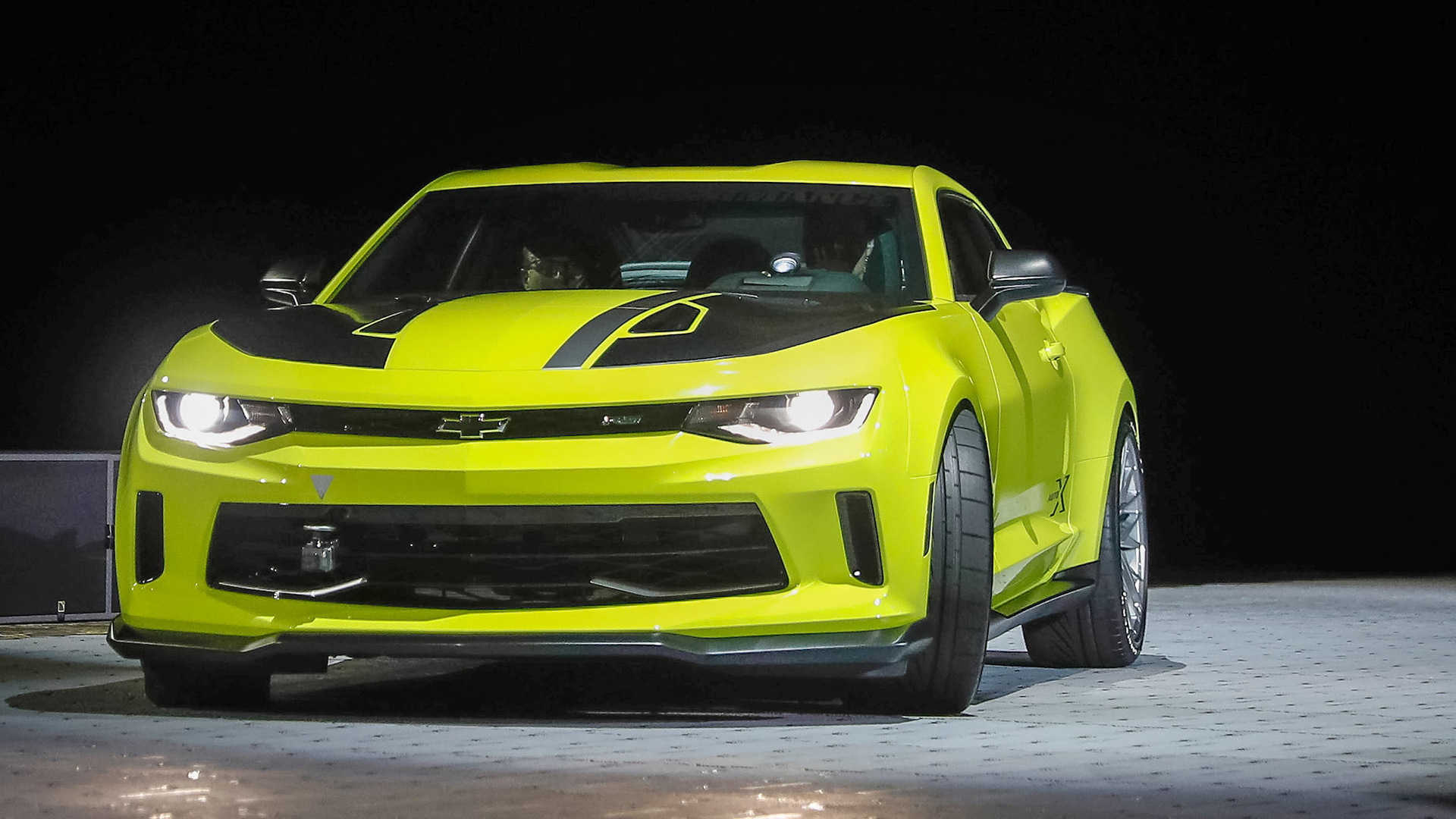 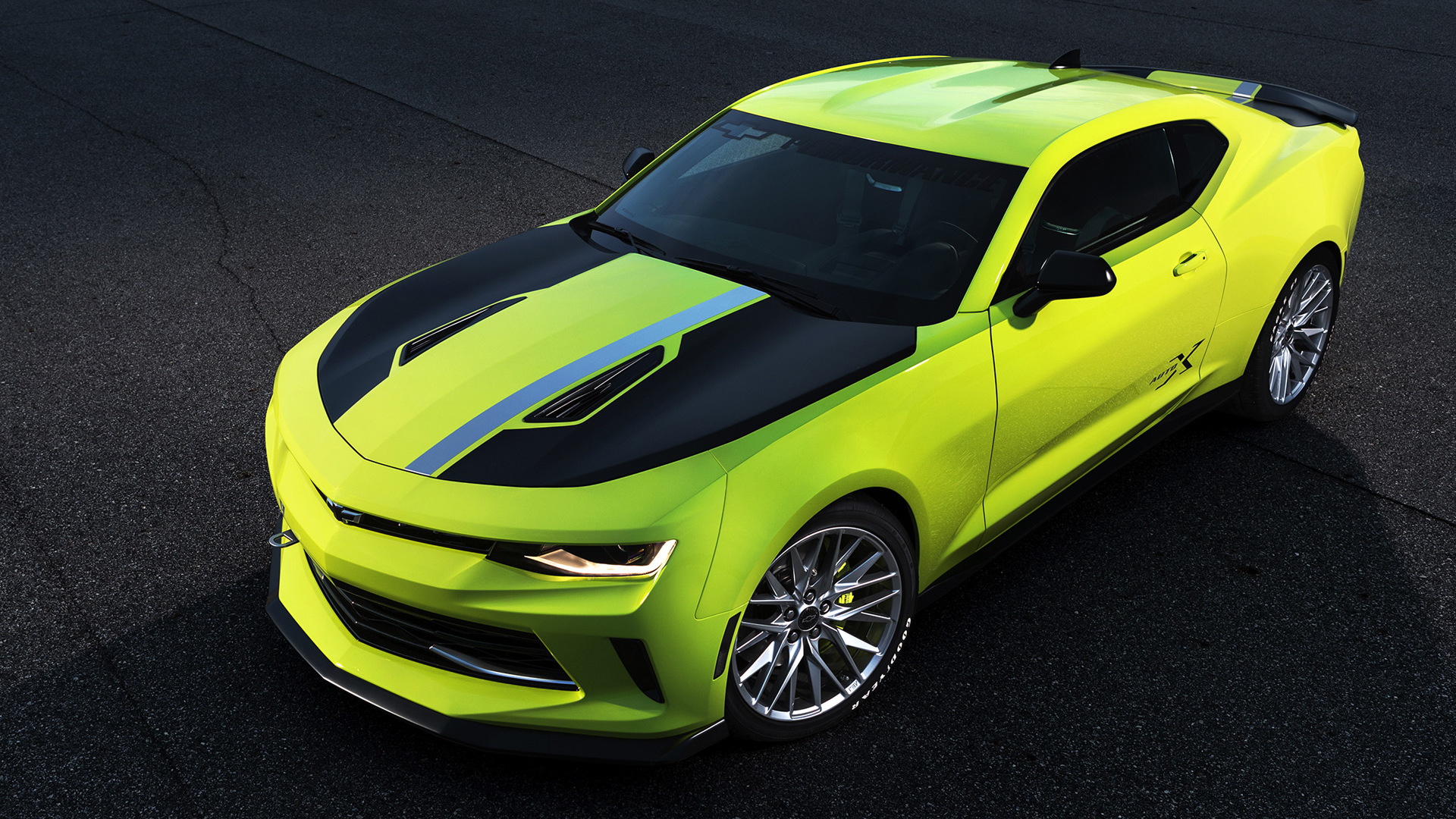 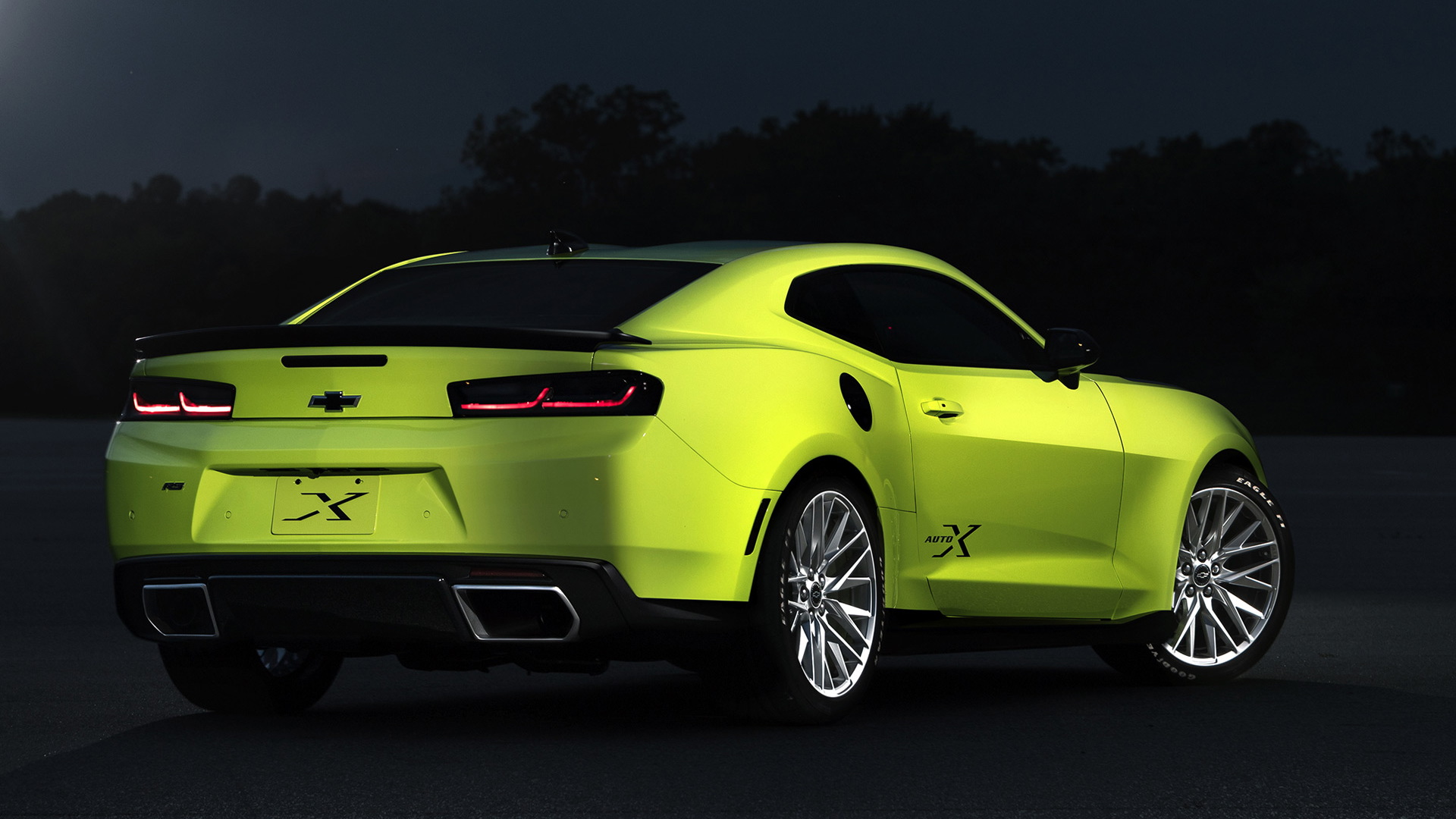 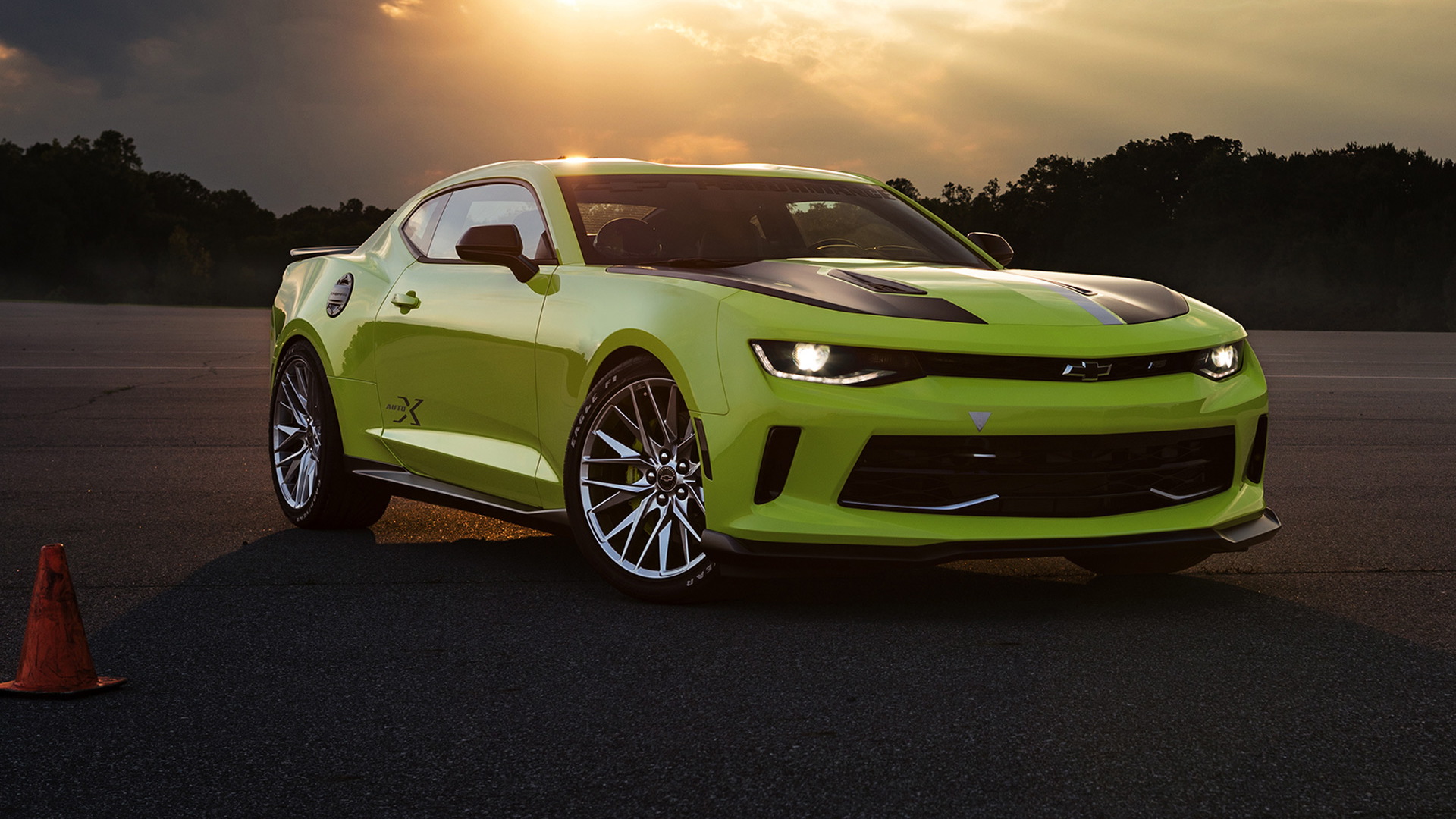 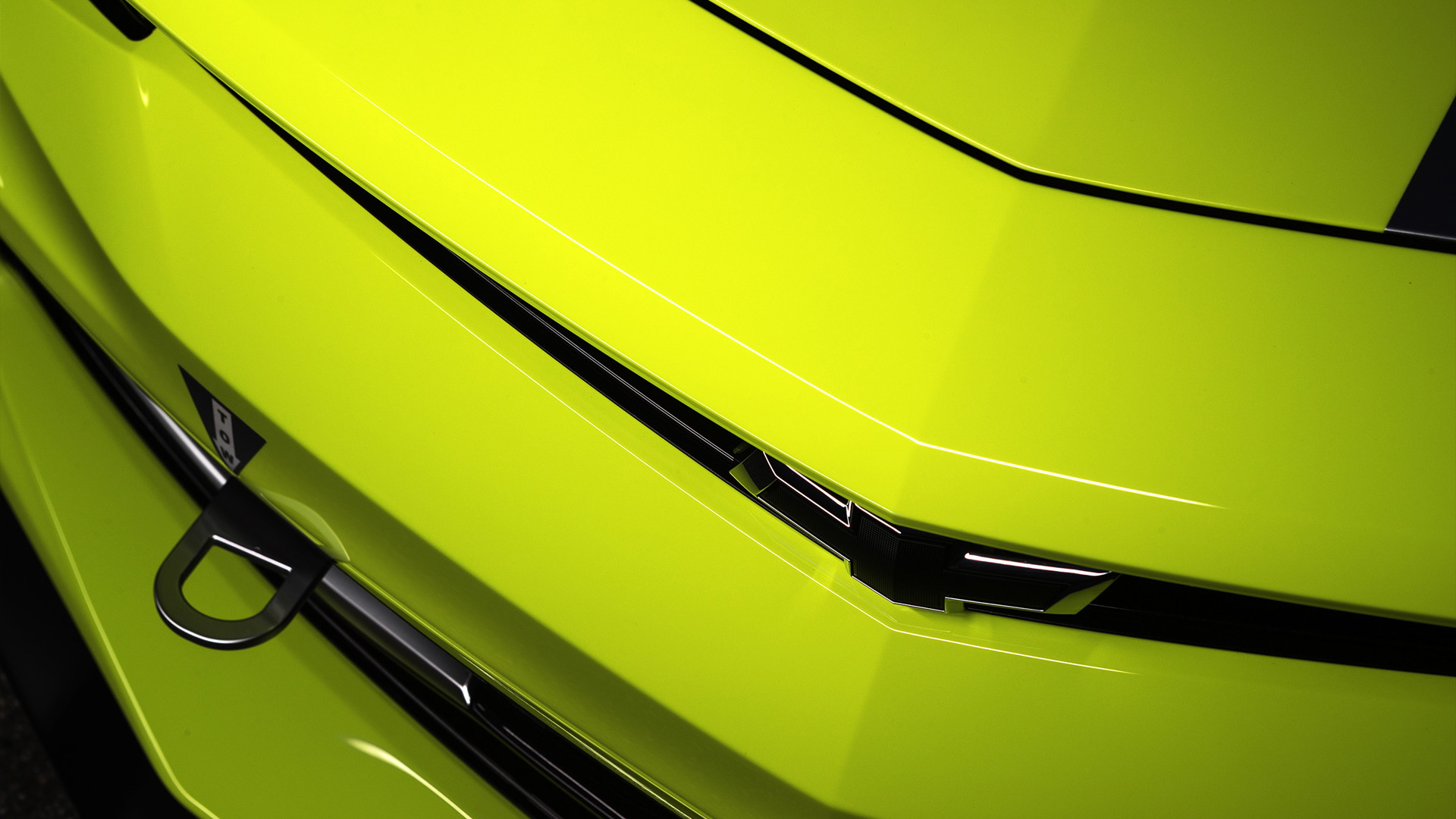 Chevrolet on Tuesday unveiled a pair of Camaro concepts at the 2016 SEMA show designed to appeal to two separate types of buyers.

The Camaro Turbo AutoX, as the name suggests, is aimed at track day enthusiasts, particularly those that frequent autocross events. The Camaro SS Slammer concept, meanwhile, is aimed at those that appreciate aesthetics over outright performance.

The Camaro Turbo AutoX is hard to miss due to its Shock Yellow paint finish.  The car is fitted with the Camaro’s available turbocharged 2.0-liter inline-4, which helps to keep the nose as light as possible. It also features a handling kit that consists of lowered ride height, larger stabilizer bars and stiffer suspension links.

The Camaro SS Slammer is all about “stance” and comes with adjustable air suspension, a body kit and massive wheels measuring 22 inches up front and 24 at the rear. It’s finished in a color called Dazzling Black, which is the result of a unique tri-coat process that incorporates gloss white flakes to add depth and sparkle when viewed from different angles. Under the hood is the Camaro SS’s stock 6.2-liter V-8.

Despite being mostly about aesthetics, there are some worthwhile performance upgrades, such as a Brembo braking package and high-flow exhaust system. The latter reduces back pressure up to 25 percent over the stock system and is said to deliver a deeper growl for the exhaust note.

The two concepts are currently on display at the 2016 SEMA show, which runs until November 4. They share a stand with approximately 20 additional Chevy cars and trucks. For more from the show, head to our dedicated hub.