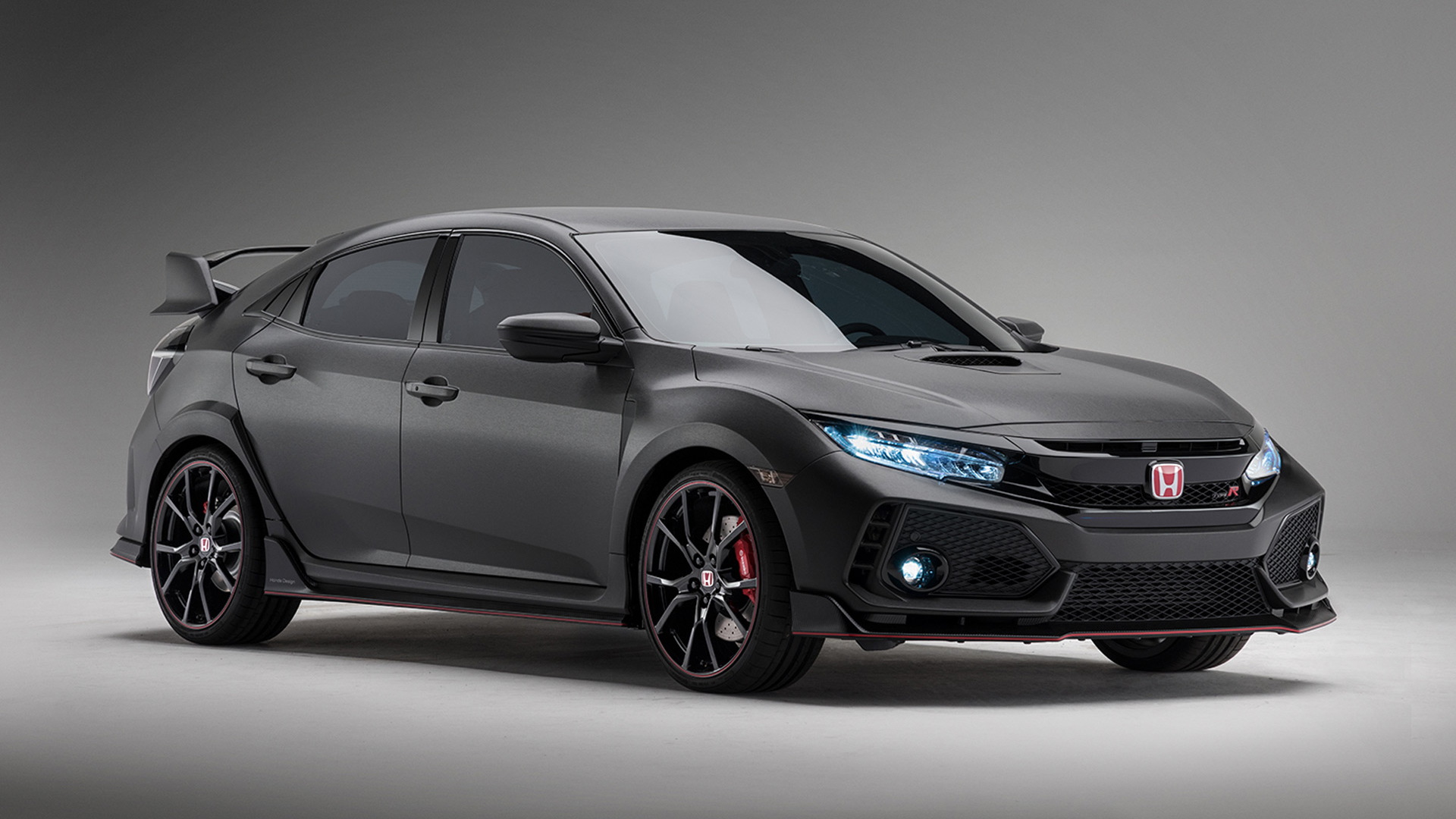 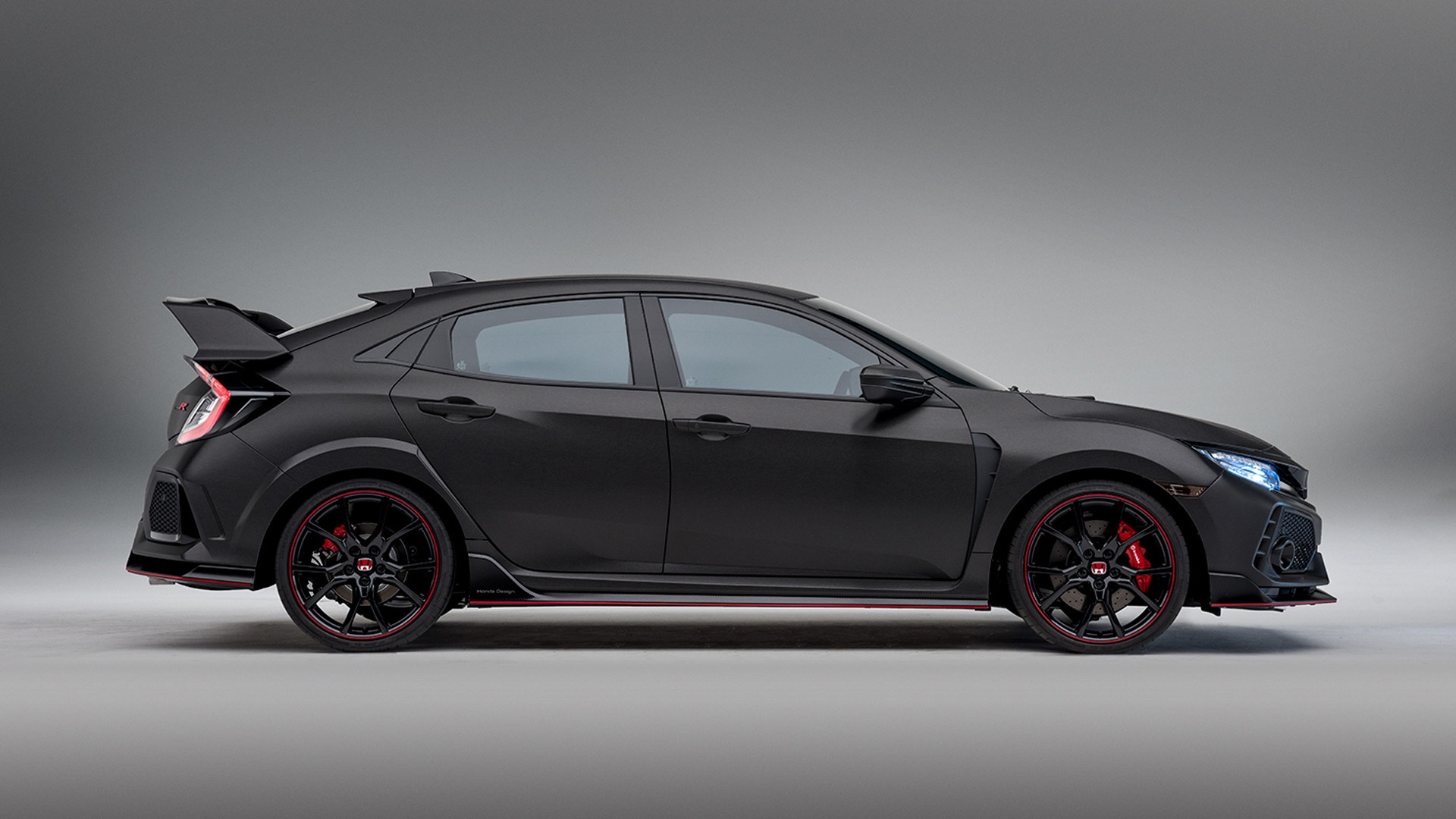 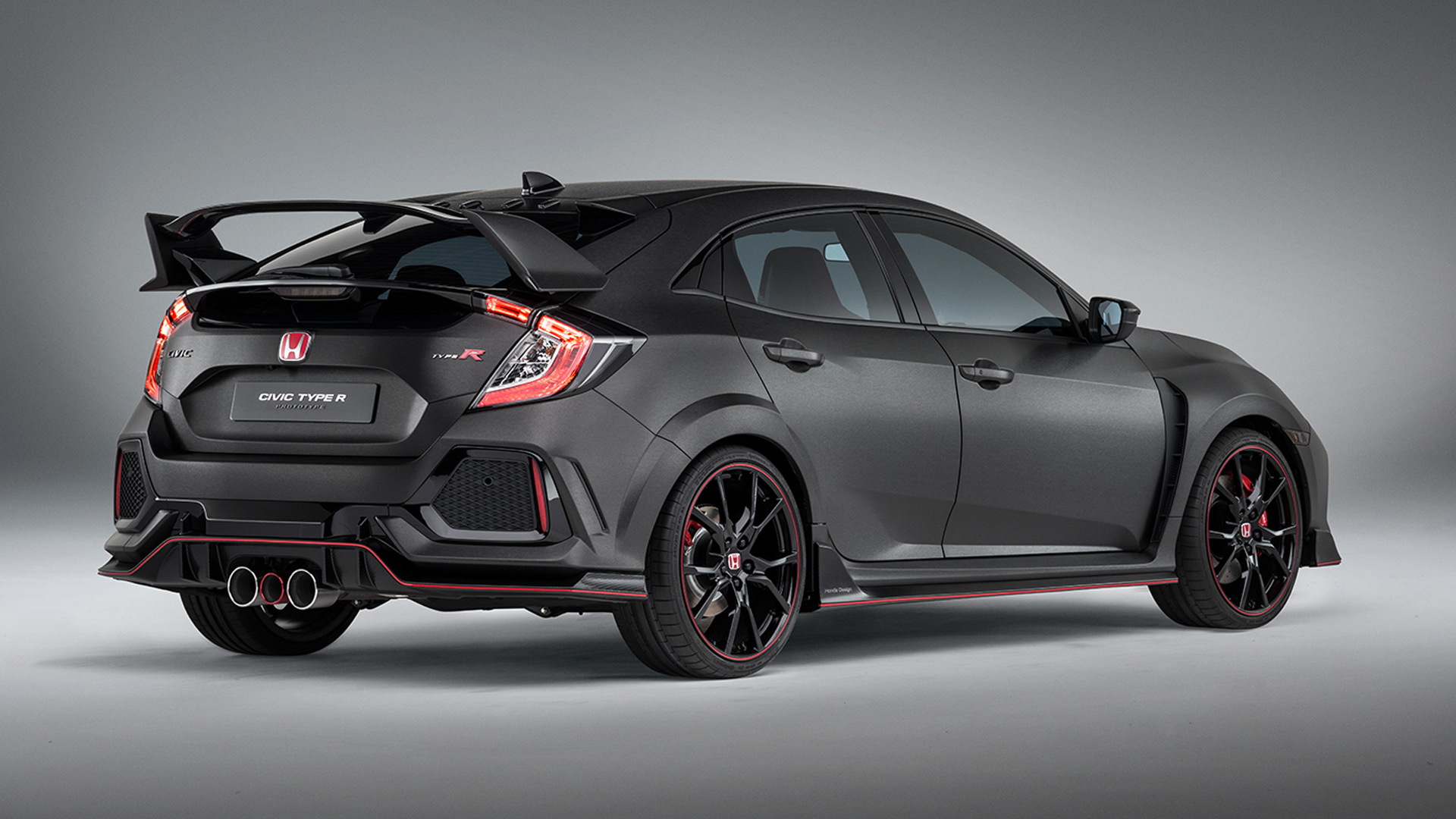 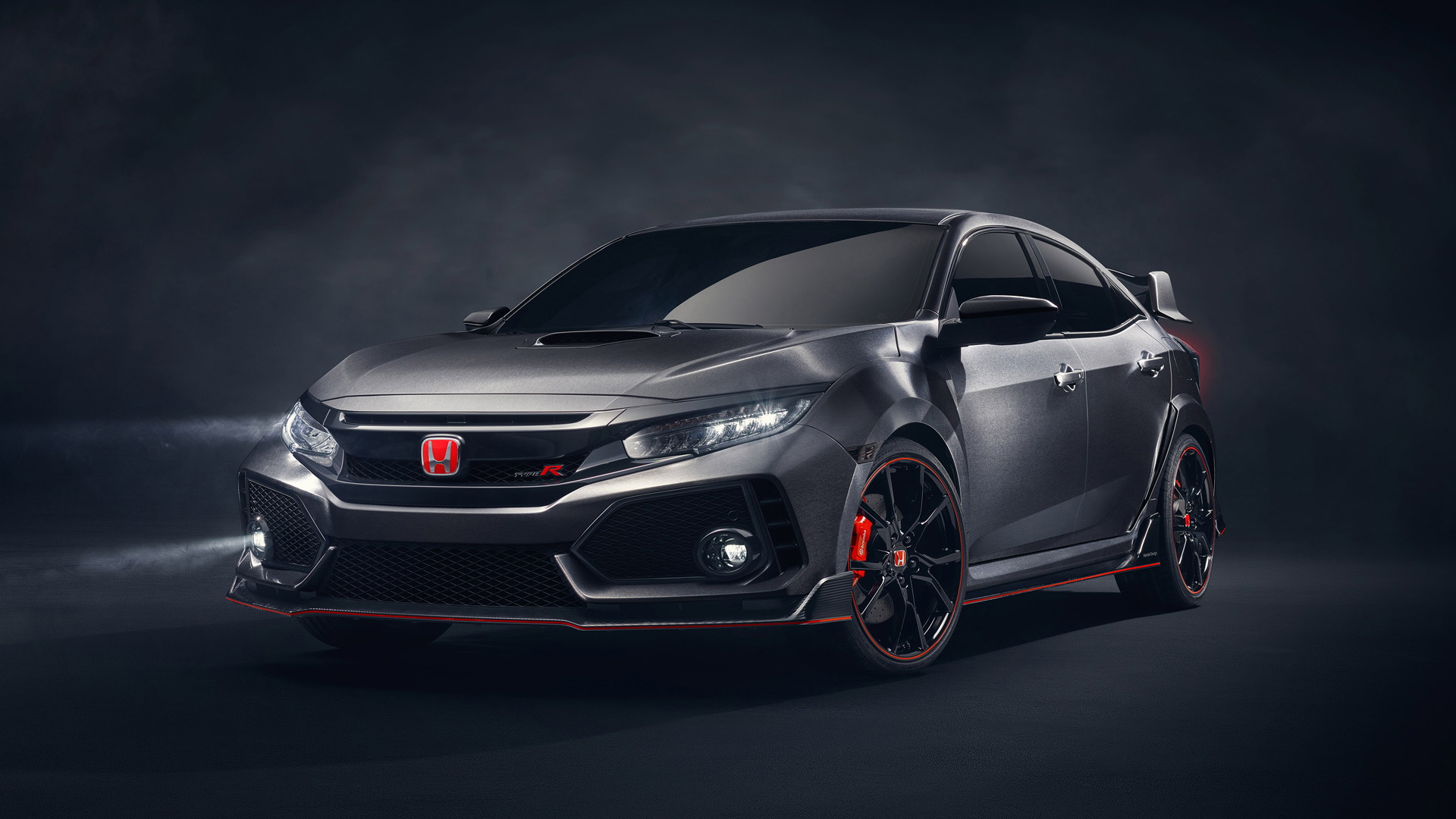 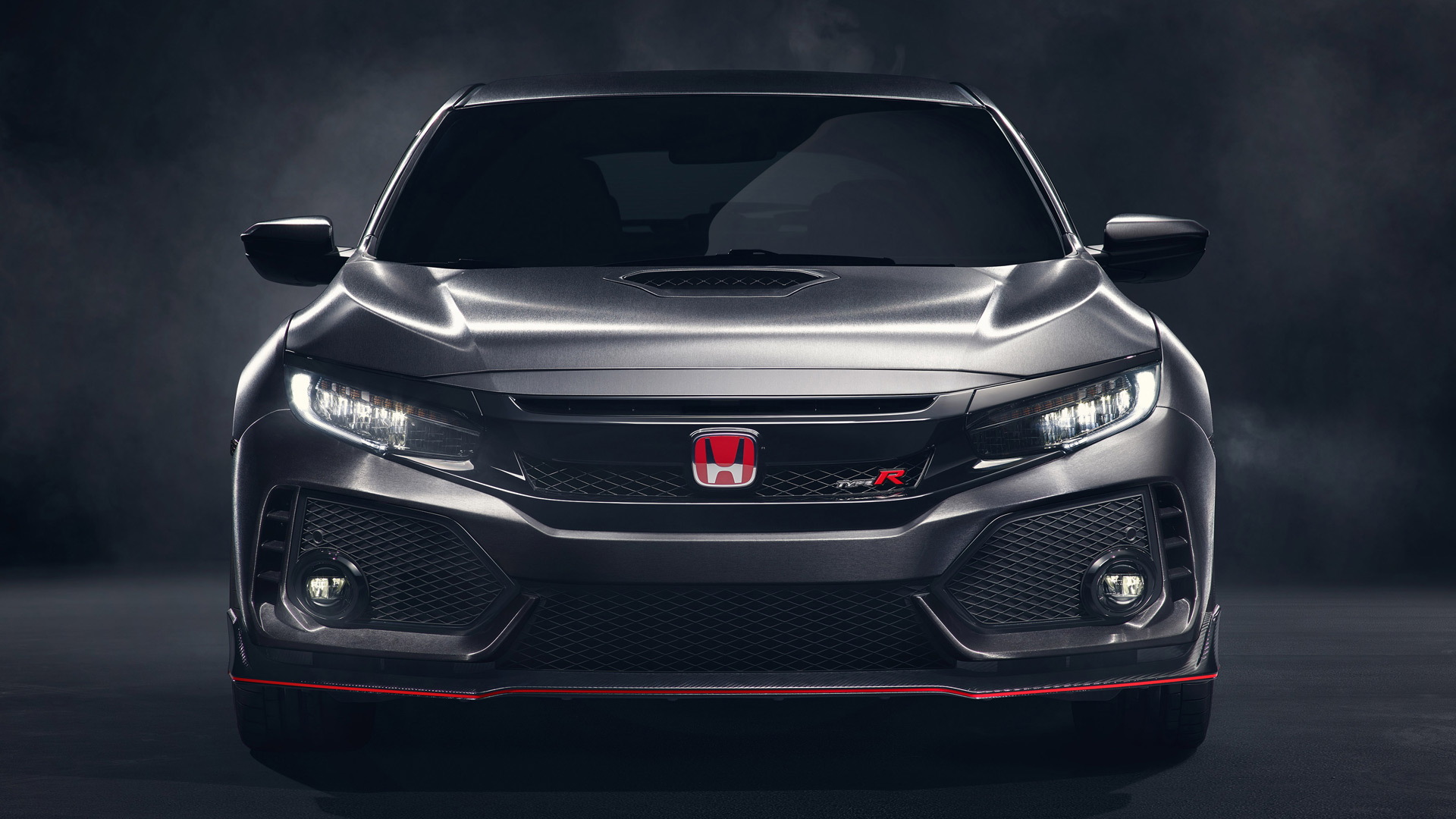 Following its debut at September’s 2016 Paris auto show, Honda’s Civic Type R Prototype is now en route to Las Vegas for an appearance at the 2016 SEMA show. The car represents our best look yet at the production Civic Type R due in showrooms in 2017.

It builds on the low and wide proportion of the regular Civic Hatchback and is enhanced by muscular body styling and modifications to aid aerodynamic performance. The exterior is wrapped in a highly reflective, finely-grained brushed aluminum-effect finish, which is unique to the show car.

At the front, the aggressive fascia is accentuated with a winged carbon fiber splitter and sporty red accent line. More carbon fiber is used for the side skirts, and the car sits on 20-inch wheels wrapped in 245-size tires. A beefy carbon fiber diffuser sits at the rear and frames a trio of exhaust tips. The design will become a signature element of the production Civic Type R.

Speaking of the production Civic Type R, the car should follow a similar formula to its predecessor. This means a turbocharged 2.0-liter inline-4 will deliver over 300 horsepower to the front wheels, with a 6-speed manual and sophisticated suspension helping get that power to the ground. Rivals will include the Ford Motor Company [NYSE:F] Focus RS, Subaru WRX STI and Volkswagen Golf R.

The 2016 SEMA show runs from November 1-4. For more coverage, head to our dedicated hub.